Calm the Ham are veritable regulars on the pages of The Coolector but we make no apologies for this because they regularly produce prints of unparalleled awesomeness and this cracking Filmography of Guns Print is no exception. The latest in a series of Filmography prints, this iteration looks at some of the most iconic firearms that have been portrayed on the silver screen and on our televisions.

Boasting an impressive 115 weapons for your visual perusal, this top class print is currently being funded on Kickstarter (but, truth be told, them reaching the target was never in any doubt) so if you want to get this print hanging in your workspace sooner rather than later, there is still time to throw your support behind the Kickstarter campaign. Each of the gun illustrations have been drawn by hand for that extra touch of authenticity and some really iconic weaponry has been committed to print here such as James Bond’s PPK and the Rocket Launcher from Commando. Feast your eyes on a few more shots of this spiffing print below: 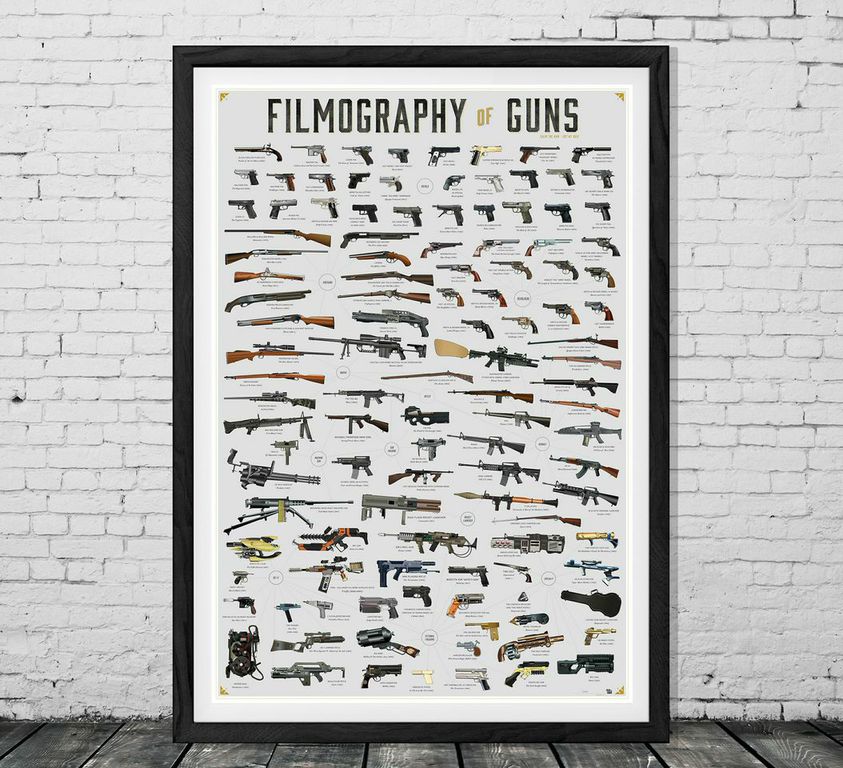 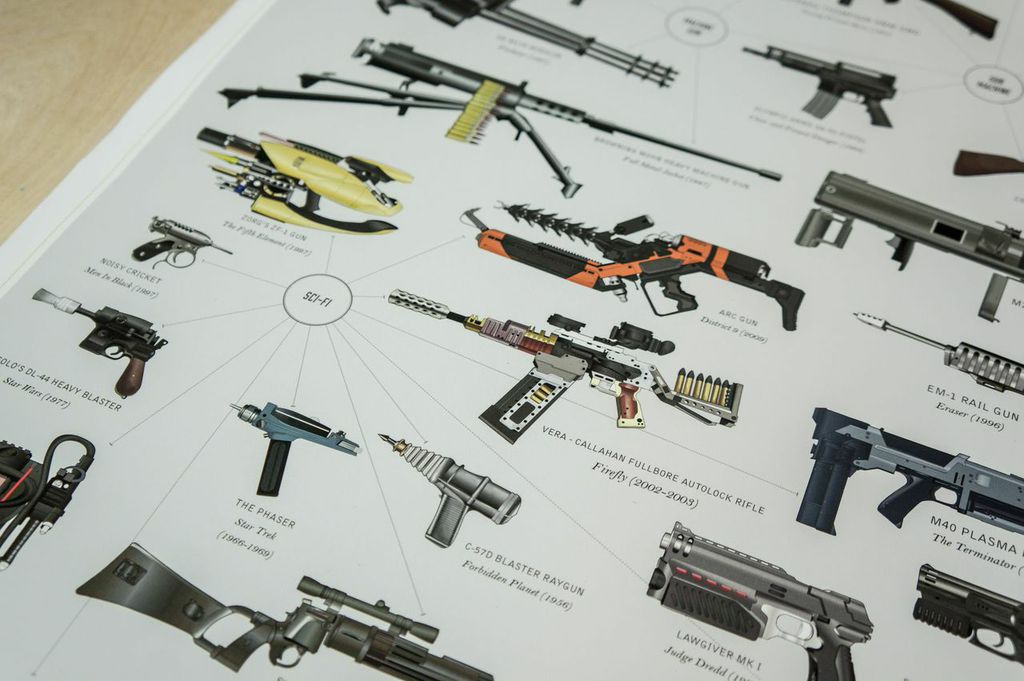 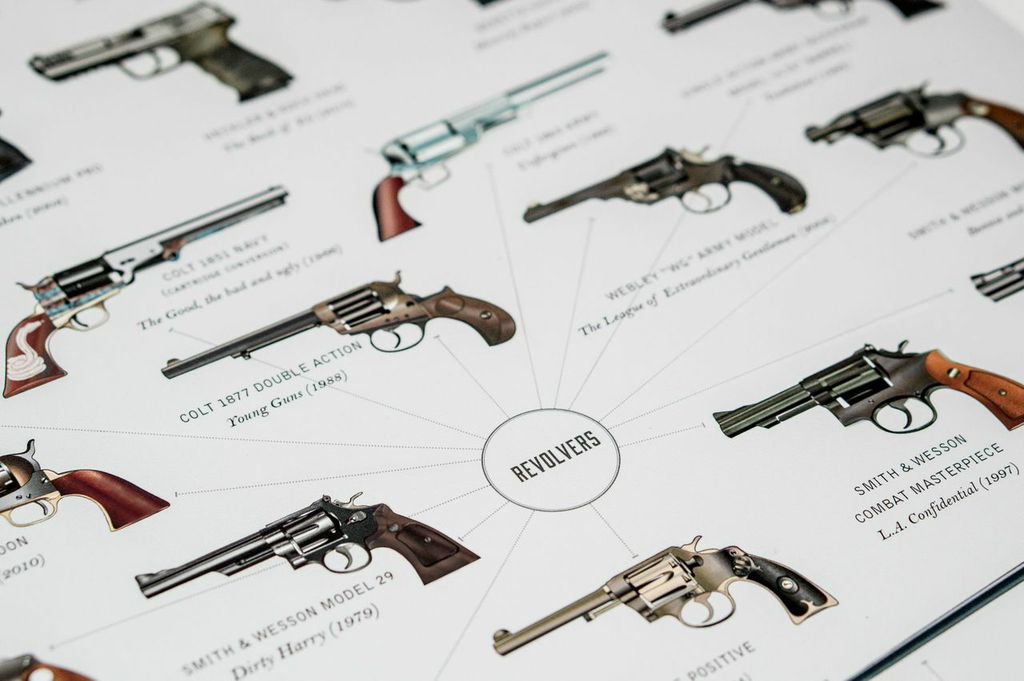 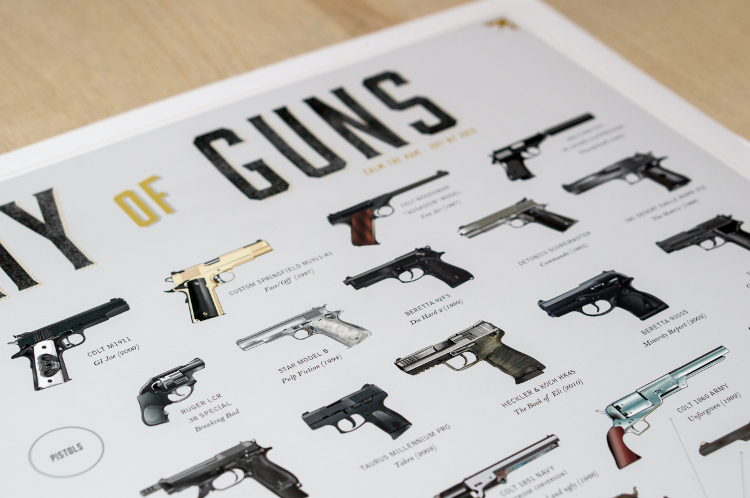 If you’ve a love of action and sci-fi movies and, in particular, the weaponry used in said movies then this print is unequivocally right up your street. We’re big fans of the stylised depiction of the weaponry here at Coolector HQ and always sit up and take notice when Calm The Ham release a new print onto the market and it’s certainly no exception on this occasion.