Let’s face it, no matter how long you spend in the card shop, there’s never quite the right option for conveying exactly the message you’re looking to get across and that’s why there’s definitely space in our lives for these great Friendship Postcards from the lead designer behind Cards Against Humanity, Trin Garrittano.

If you’ve long been on the hunt for a little more options when it comes to making an apology or reason for a lack of contact, these great Friendship Postcards, which are funding over on Kickstarter as we speak, will provide exactly what you’re looking for.

The Friendship Postcards boast a distinct tongue in cheek humour, as you’d expect from someone associated with Cards Against Humanity, and we’re big fans of the purported array of options which will be available come the end of their crowdfunding campaign. Take a look at a few more shots below: 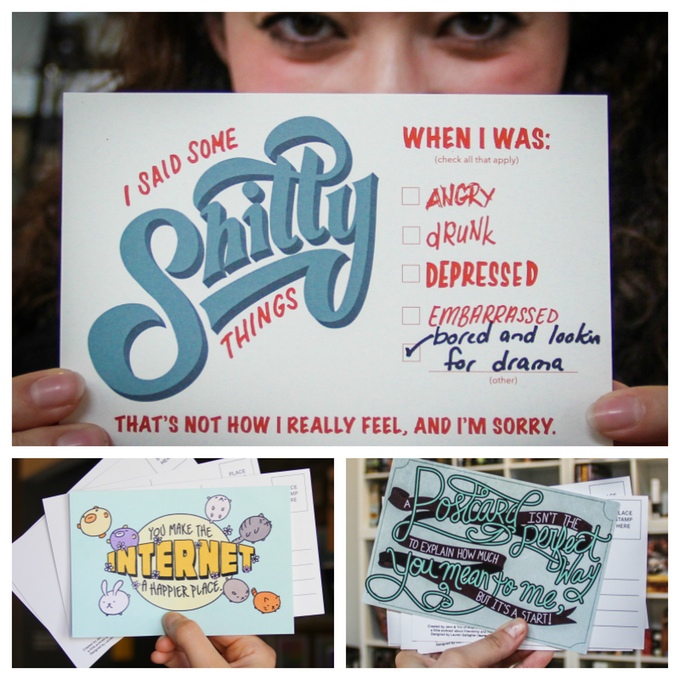 Having already reached their Kickstarter funding target, it is clear to see that there is a big market for those looking for sarcastic post cards that can be used to explain their behaviour and, truth be told, there is few better people for the job than one of the lead designers at Cards Against Humanity. If you’ve liked what you’ve seen and want to bag a set of Friendship Postcards for yourself, head on over to Kickstarter now.