If we’re being honest, foldable bikes aren’t ordinarily our cup of tea from an aesthetic point of view here at Coolector HQ but there are exceptions that help prove this rule and the FUBI Fixie Foldable Bike certainly fits into that bracket courtesy of its impressive design and eye-catching visuals. 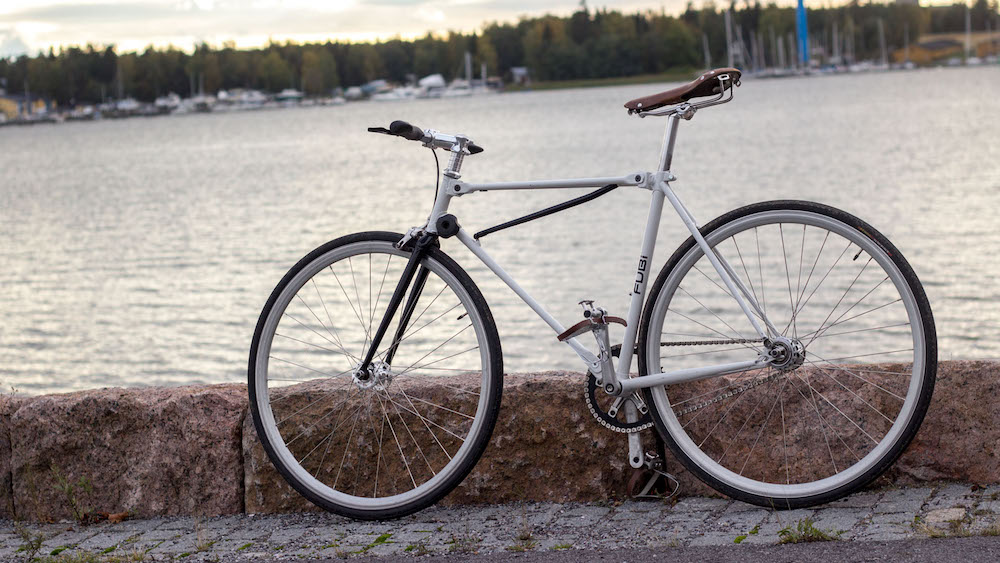 The FUBI Fixie Foldable Bike is far removed from the ordinary because it not only performs in the same way as a conventional bike, it also looks like one too and this is something that space loving cycling enthusiasts have been waiting a long time for. This cracking piece of design and craftsmanship is a full-size folding bike which has the same aesthetics, cost and riding specifications as a conventional bike but, crucially, it can be folded with ease for straightforward transport and stowing away.

The ability to ride the FUBI Fixie Foldable Bike like a conventional bicycle but then fold it up in seconds when you need to store or transport it is a real feather in its cap and one that is going to make it appeal considerably to cycling commuters out there. Delivering the the same performance as a normal fixie bike, the FUBI is simple to fold up without the need for any tools. It can be folded and unfolded in 5-10 seconds. 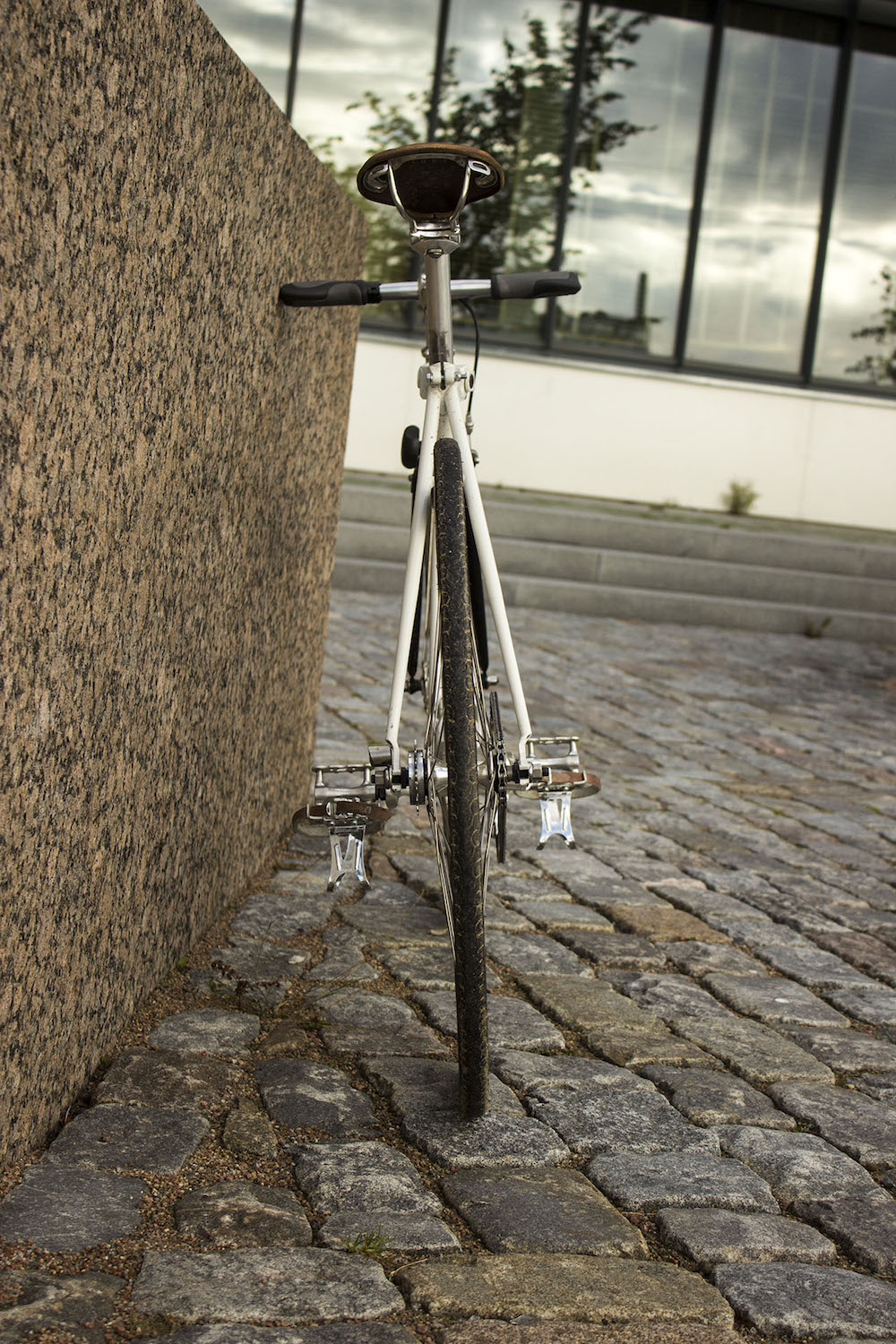 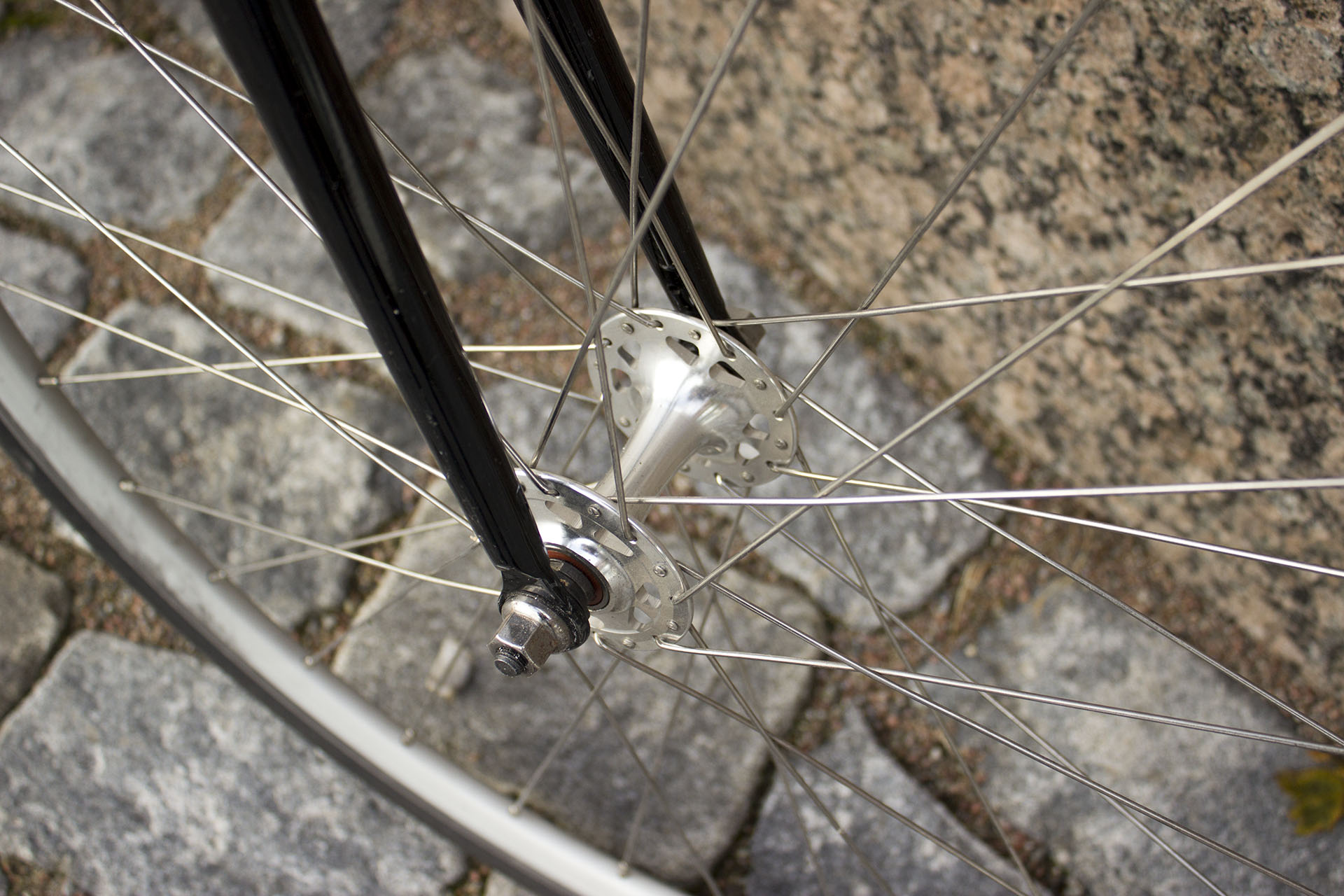 When you’re using the FUBI as a fixed-gear bike, it rolls on the front wheel when folded. If being utilised as a single gear (with freewheel) it rolls on both wheels. The FUBI Fixie Foldable Bike uses clever design principles to deliver the sort of versatility that you see before you and for anyone who has long been waiting for a foldable bike that also looks the part, your prayers have just been answered with this eye-catching steed. 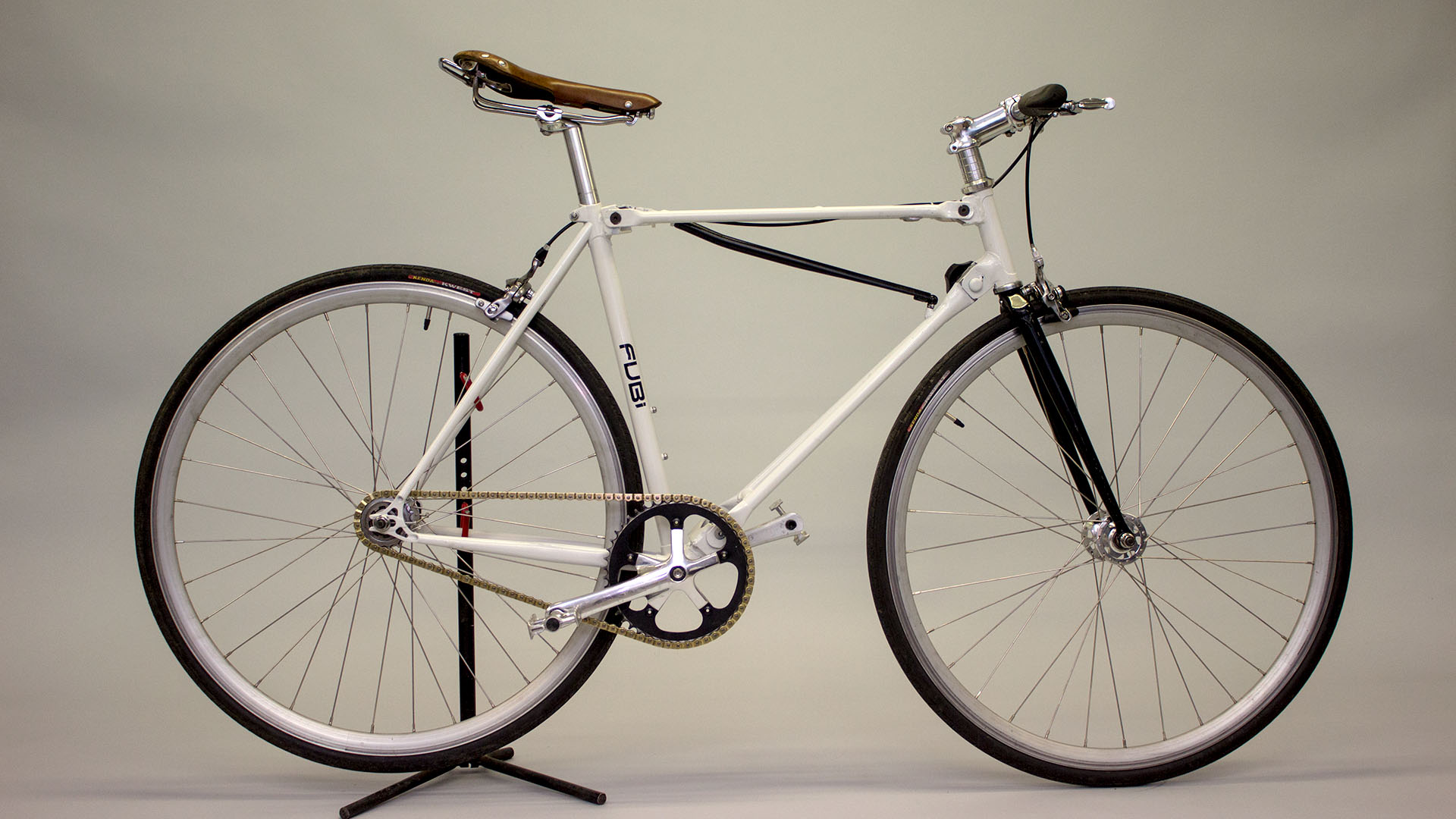 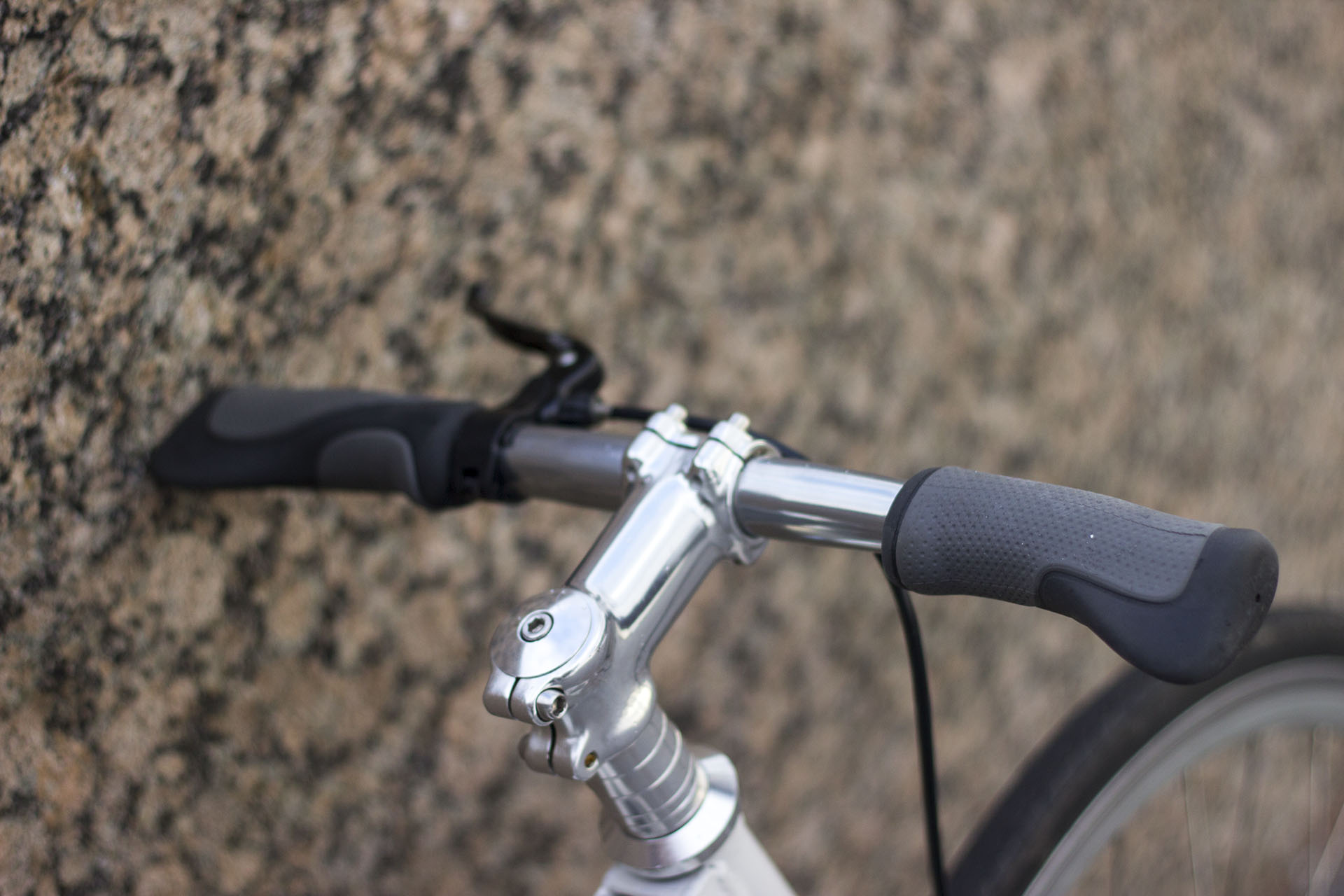 The FUBI Fixie Foldable Bike has been crafted with very few amendments to the how traditional bikes are design. It uses only conventional bicycle parts in its construction with the exception of the frame. This is important because it allows you to use your own custom parts or any available standard parts when making the bike your own. Lightweight, weighing in at just 3.5kg, this cracking contraption really is the ideal solution for all your urban commuting requirements.

This great looking steed from FUBI has a frame which consists of five different parts: with loose free pivots for folding and an extra diagonal part for stability and quick release on down tube. The ease with which the FUBI flips between ready to ride and folded up really is impressive and it delivers the sort of riding performance you’ll seldom see from a foldable bike and that’s why it’s left us so thoroughly impressed here at Coolector HQ. 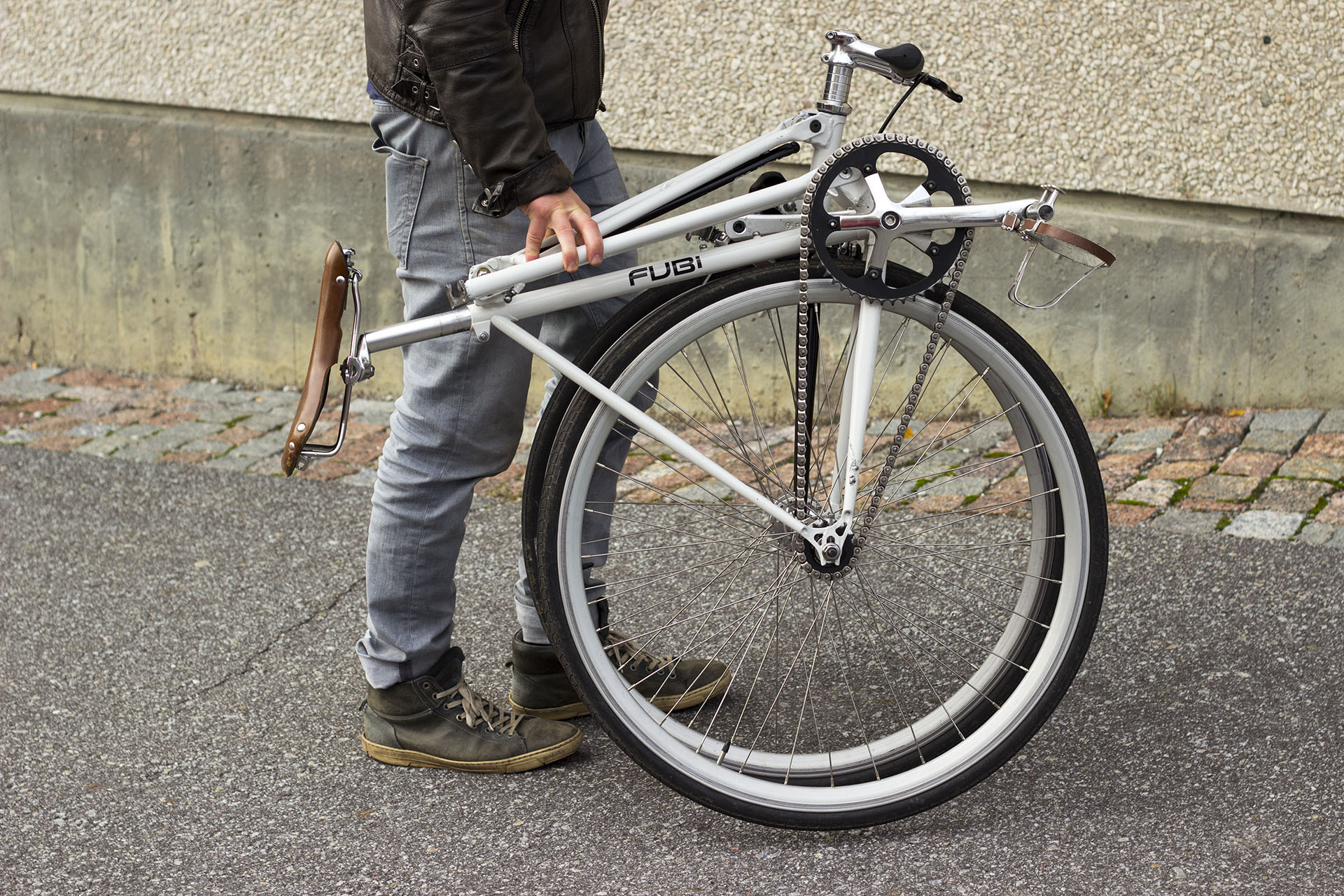 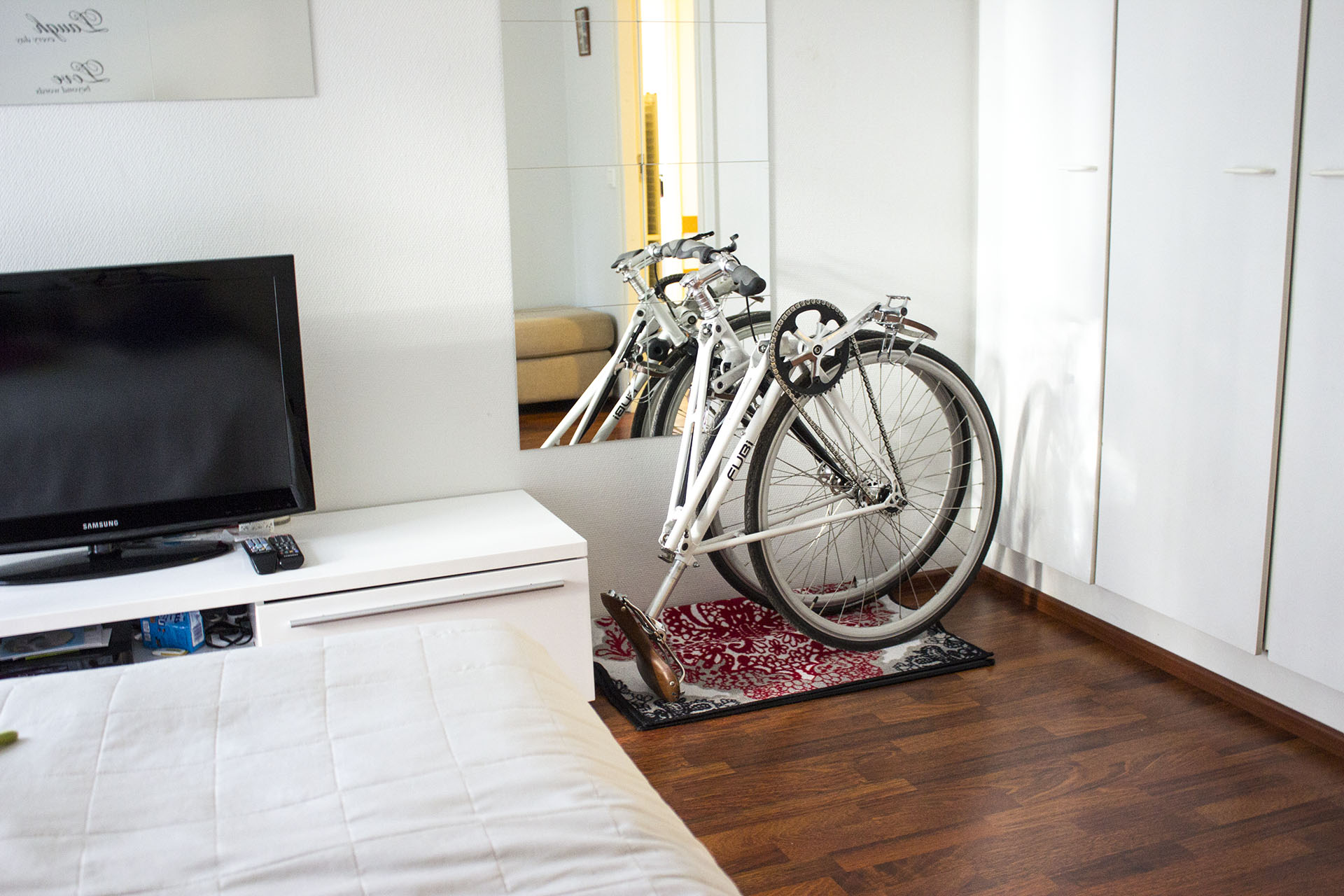 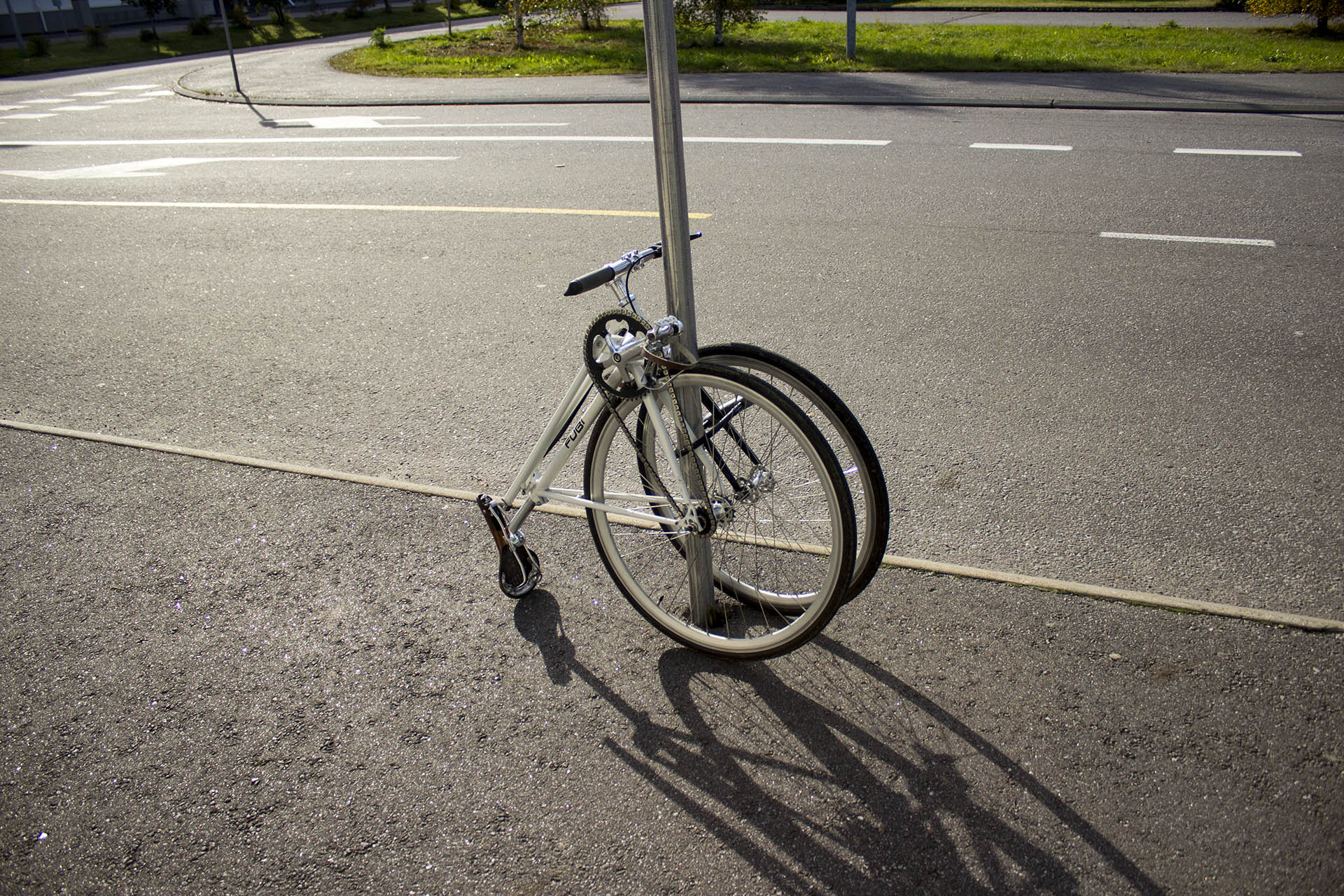 For those of you who have been looking for a foldable bike that performs like the real thing, the FUBI Fixie is the contraption you’ve been waiting for. Exceptionally well crafted and high performing, it’s easy to see why it is already resonating with those in the cycling fraternity and we’d certainly love to take one for a test drive.