Thailand is, without doubt, one of our favourite parts of the world here at Coolector HQ but, truth be told, we’ve not encountered too many pieces of architecture from this Asian jewel that have caught our eye to date but that’s just changed after we stumbled across Fuzzy House by SO Architects in the Chiang Mai region of the country. This great looking piece of design has many design quirks (not to mention some awesome looking cats) that make it impossible to ignore. 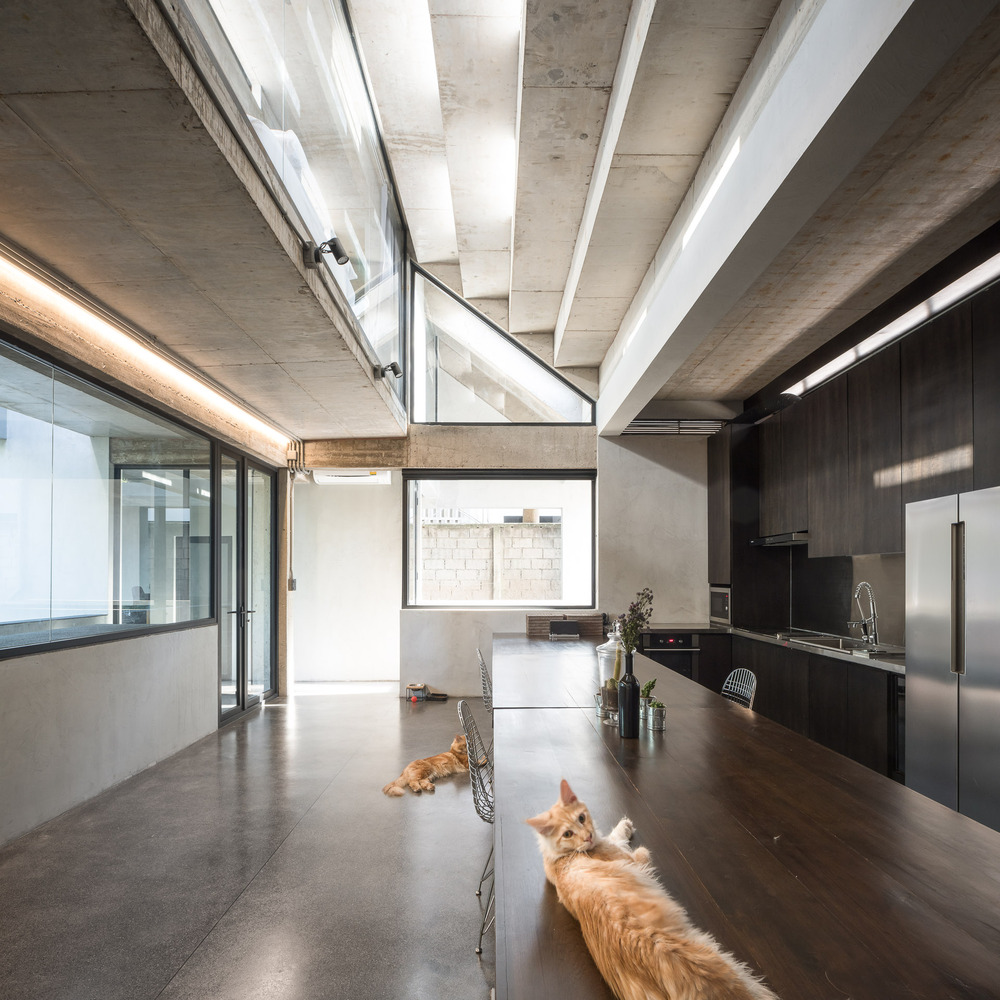 The SO Architects designed Fuzzy House in the Chiang Mai area of the country has quite an industrial feel from the outside but it is positively overflowing with neat design touches that really make it such a favourite of ours here at The Coolector. Boasting bunker vibes that might not necessarily appeal to everyone, this contemporary piece of architectural design expertly integrates a short-cut for local residents to use directly through the property as the plot stood unused for a long time and the new owners didn’t want to deprive the locals of this oft-used shortcut.

When the owners of Fuzzy House commissioned SO Architects, who operate out of Bangkok, to create this fantastically cool property, they became aware of the fact that the plot of land was regularly used by locals as a short cut and this is something which the architects expertly integrated into the final property. The property is so-called as a reflection of the hazy distinction between the public and private parts of the plot and we’re loving how it has been carefully considered to ensure it didn’t interrupt the needs of the locals here at Coolector. 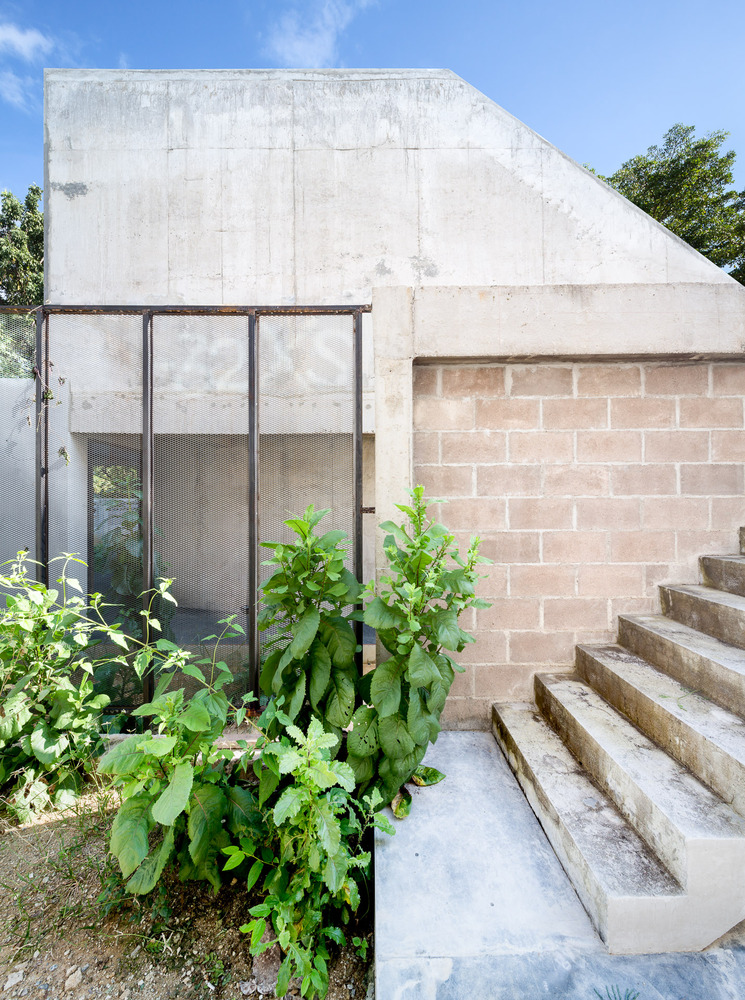 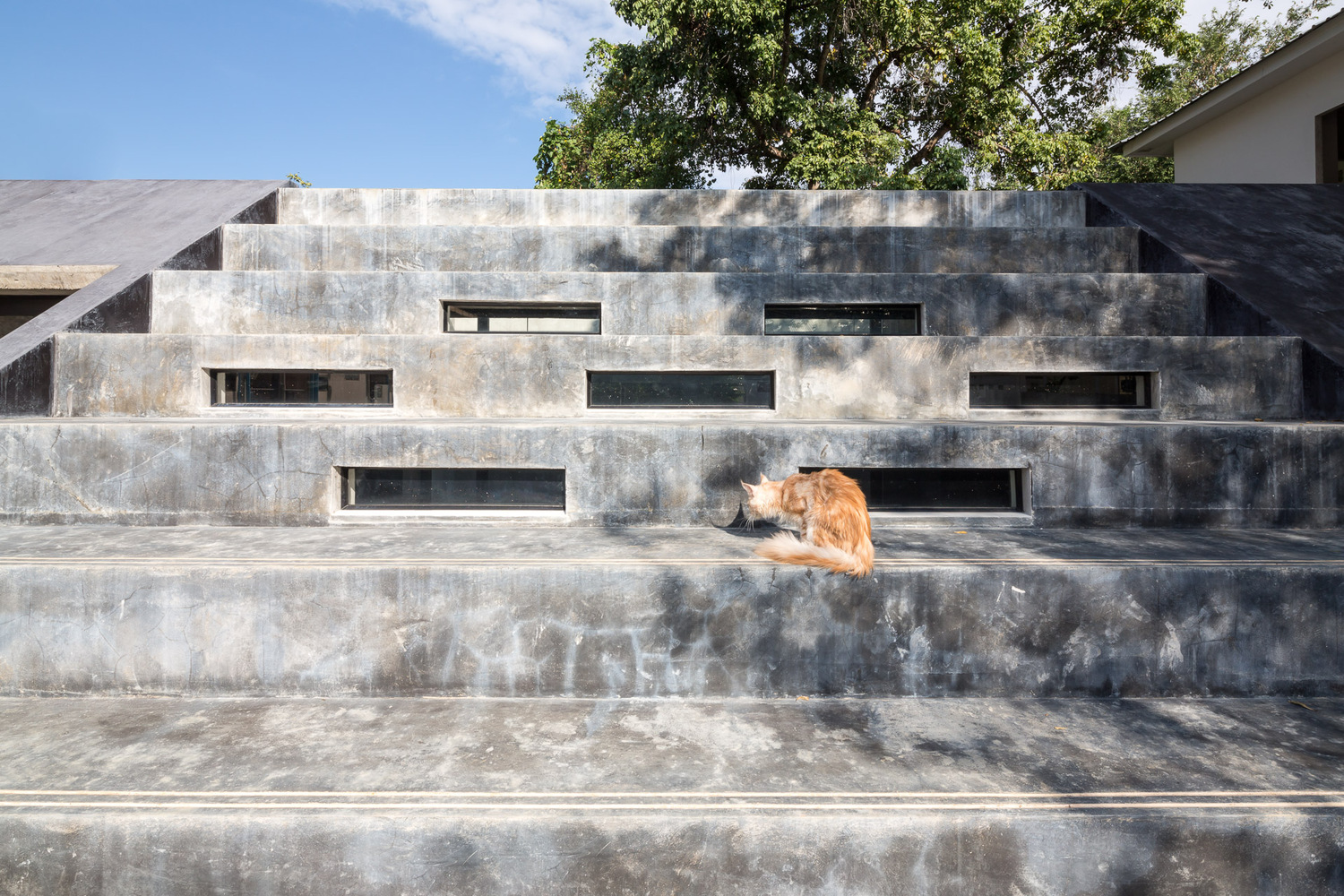 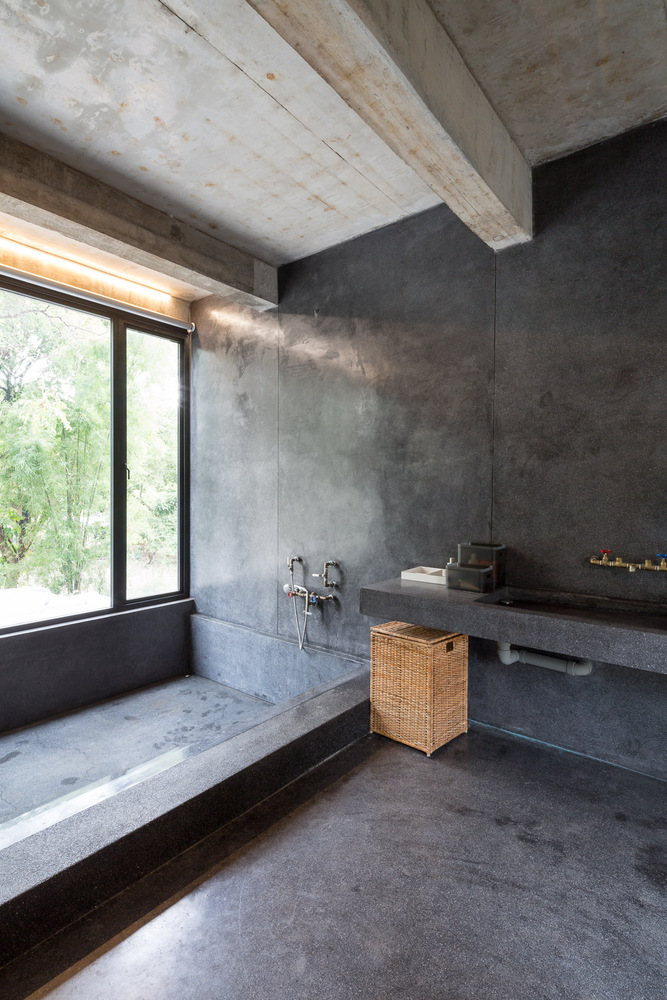 There is a bold, uncompromising nature to the exterior of the Fuzzy House in Chiang Mai that can look can foreboding but when you head within, the natural colourways throughout promote a sense of complete serenity and relaxation (something the resident cats certainly look like enjoying). From the street level, the Fuzzy House boasts a solid facade that looks much like boundary wall or a simple industrial unit but its not until you get within that you see what an exemplary job SO Architects have done with the space available. 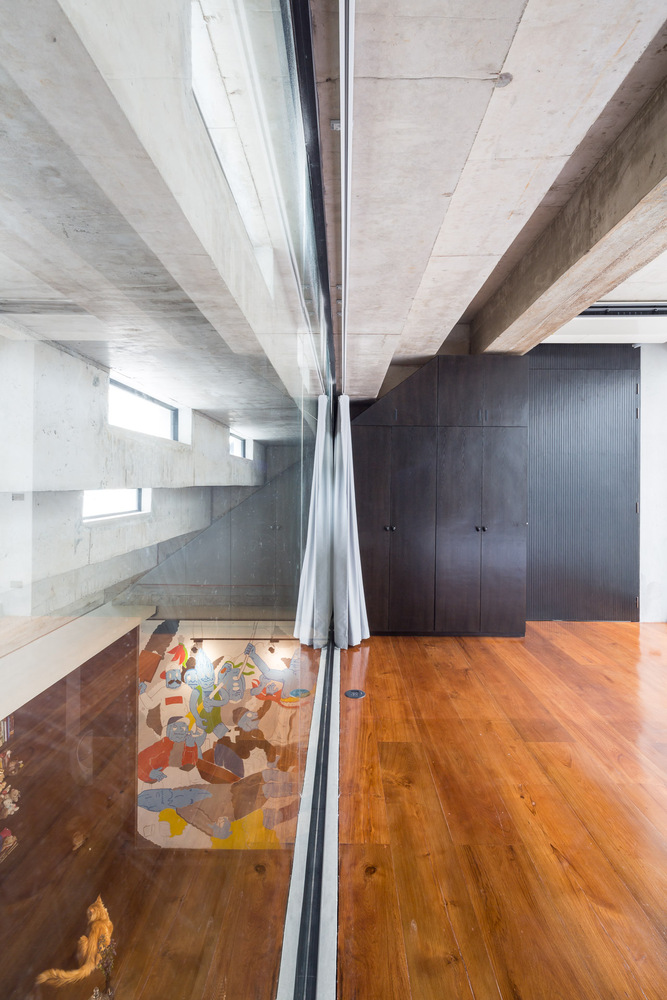 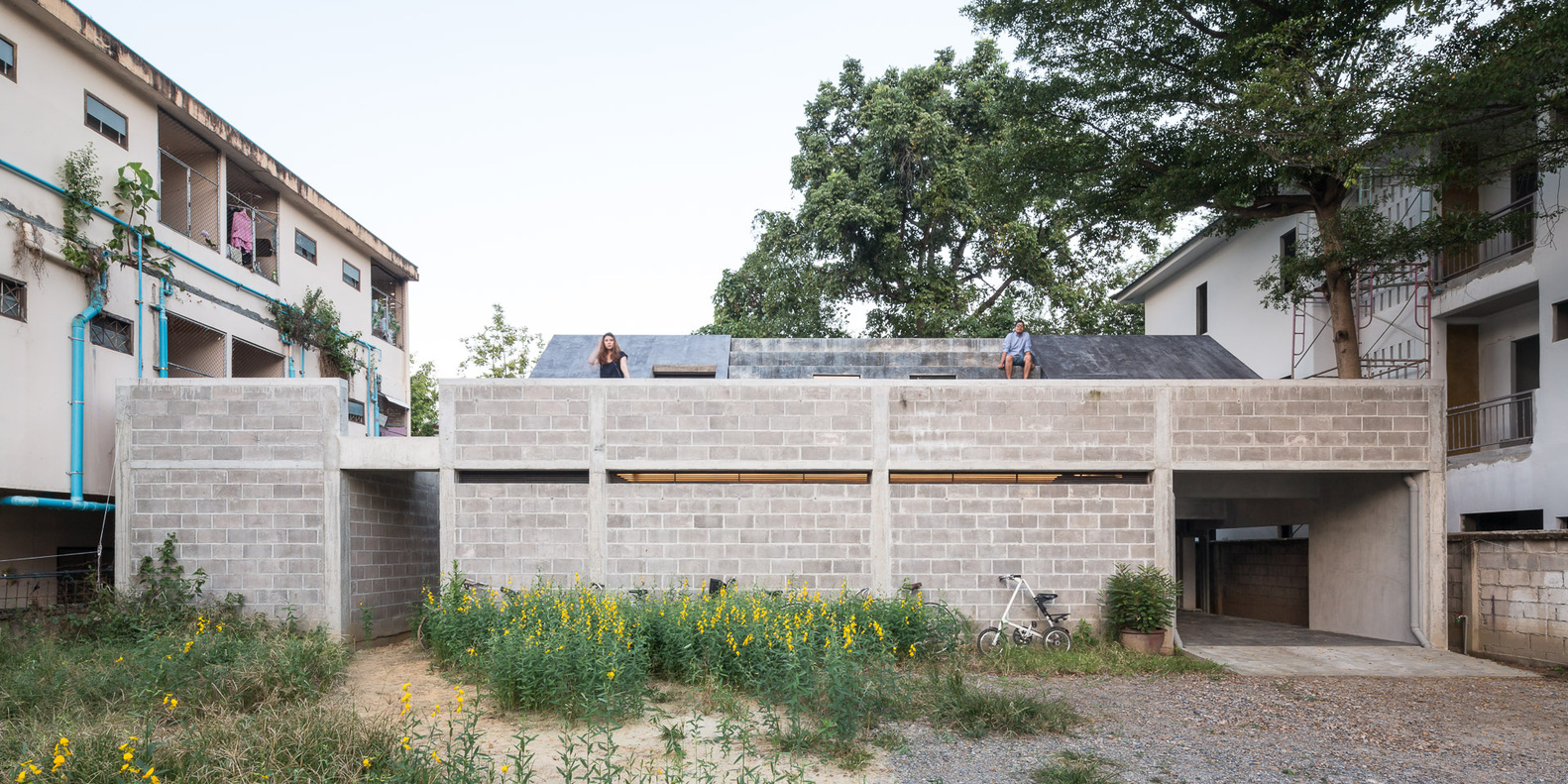 The alley which has been retained for locals to continue their shortcuts on a day to day basis separates the main house from a narrow garden which has been cleverly concealed behind the opposite wall. The garden of the Fuzzy House can only be accessed by entering the house and heading on up to a roof terrace, before then crossing a bridge over the path and heading down on the other side and into the garden – which is a clever way of keeping this space private.

Muted stone is the main aesthetics of the understated and cooling interiors of the Fuzzy House from SO Architects and the ground floor has an open-plan living room, kitchen and dining area which is surrounded on one side by windows that view out onto a nice looking terrace space. This void lets daylight edge its way into the living spaces at the centre of the building and make it a peaceful spot to relax and unwind. 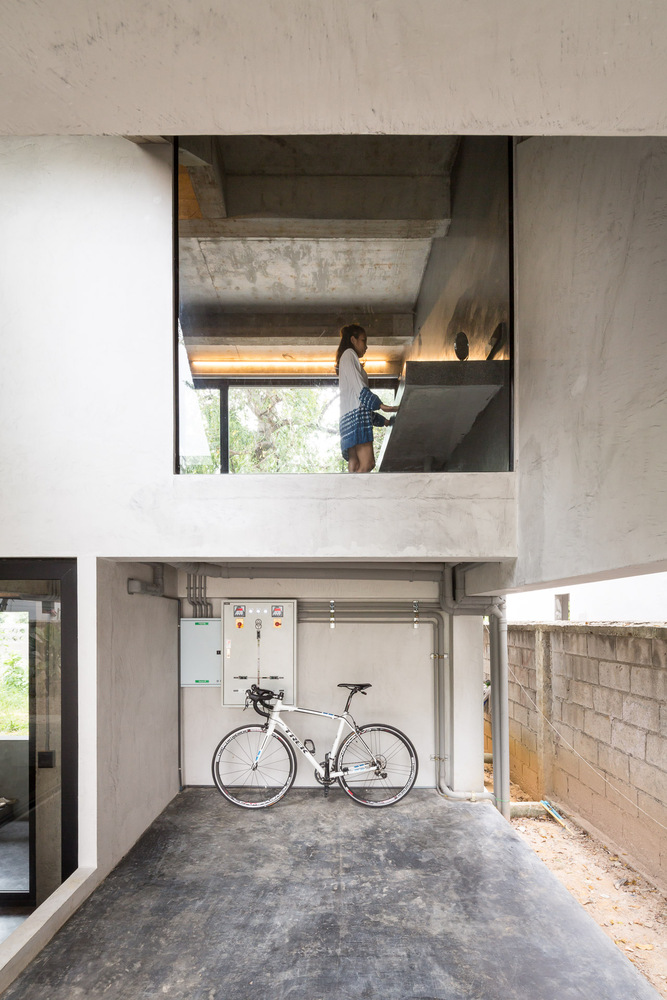 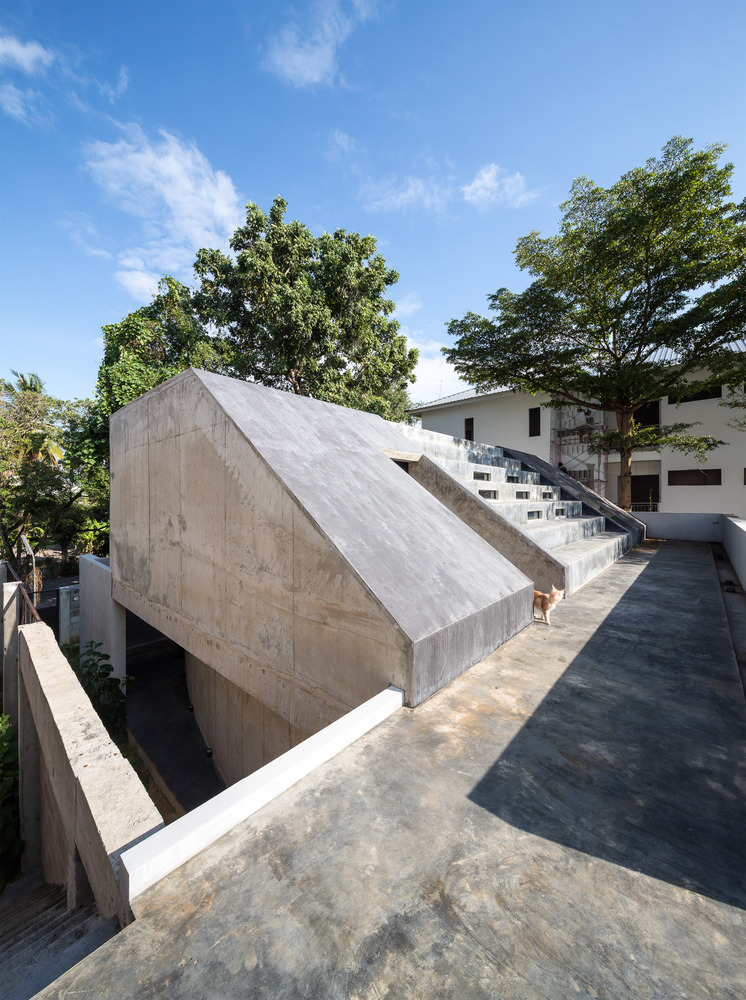 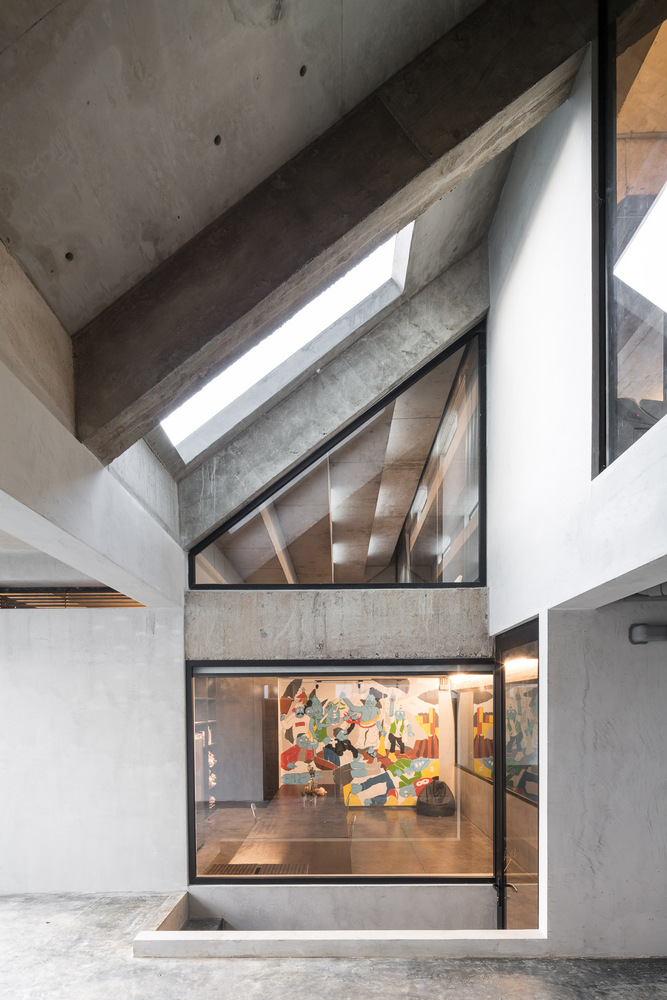 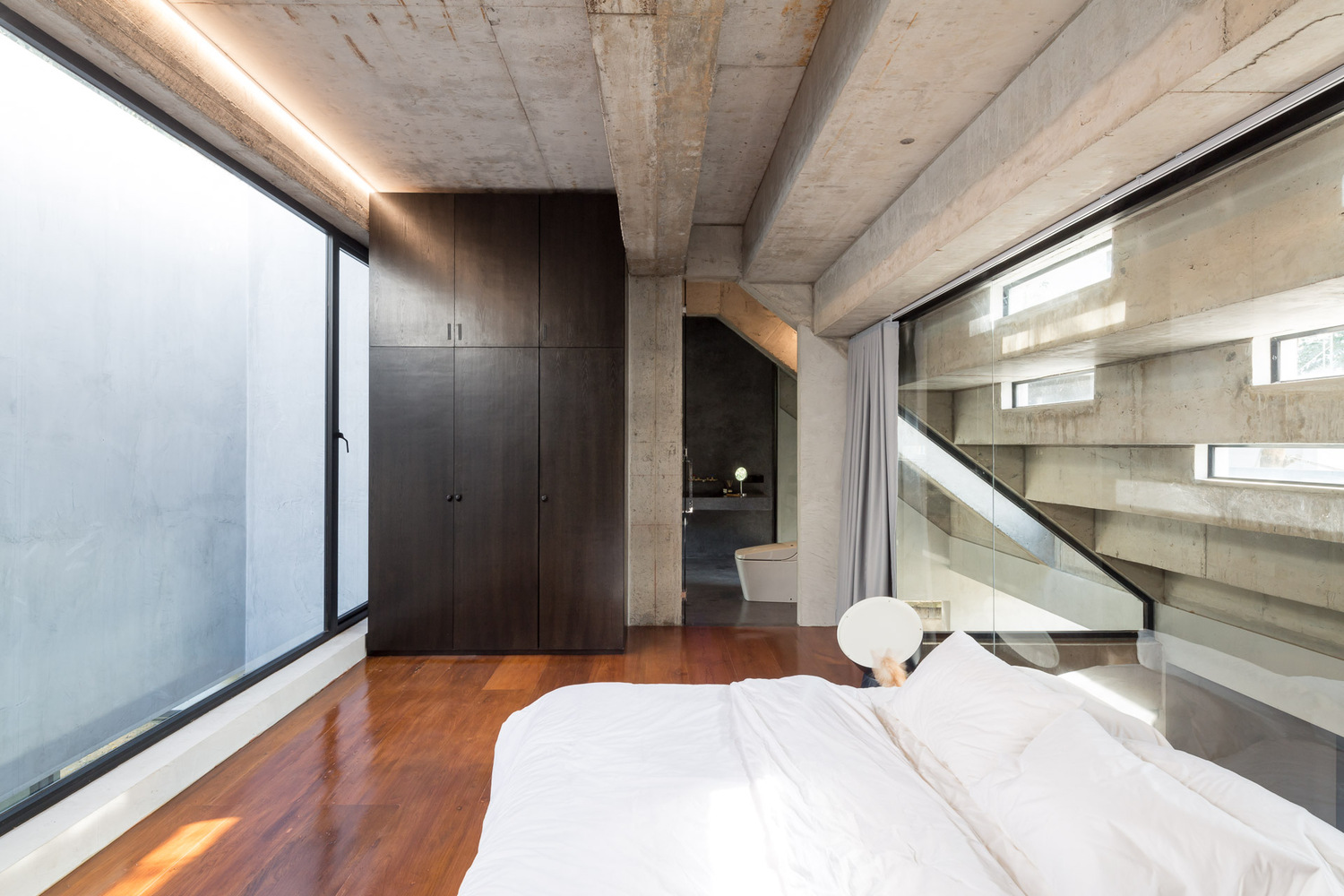 Whilst it was the presence of some rather glorious looking felines that first drew our attention to the Fuzzy House here at Coolector HQ, it is the brilliant use of space and pleasing design addition of the short cut for local people that really sets this first class piece of architecture apart and the fact it’s in one of our favourite countries in the world is the mere icing on the cake.