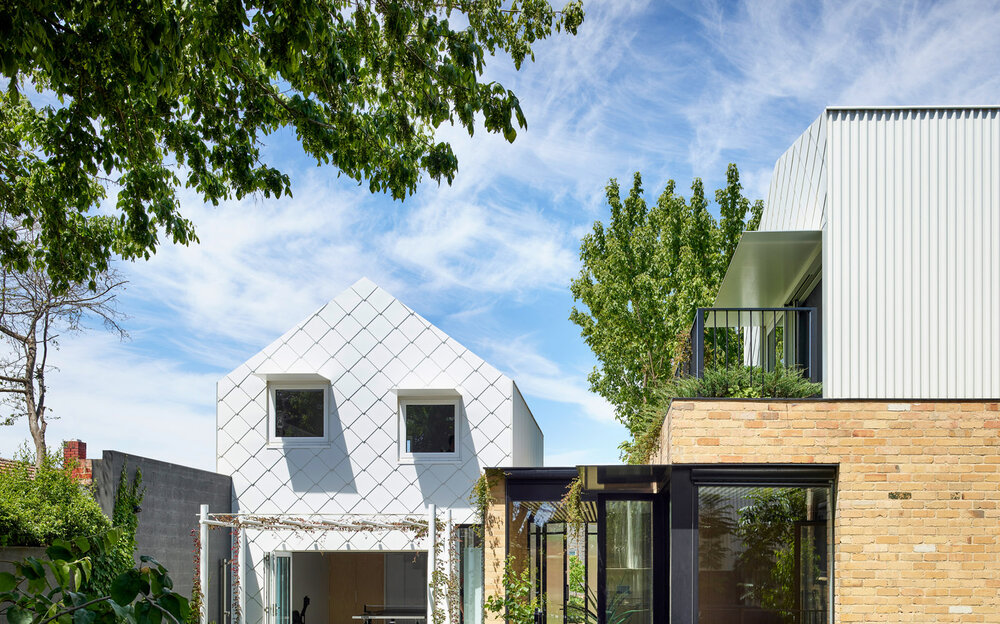 Given that we’re now well and truly into the 21st century, it’s high time that houses become a bit more tech orientated in our opinion here at Coolector HQ and that’s something which is touched upon by the rather extraordinary looking Garden House from Austin Maynard Architects. This impressive piece of modern architecture is billed by its designers as an environmentally sustainable power station. It strives to contribute to the future of sustainable energy and push far more energy back into the area’s shared energy grid than it uses itself.

Visually striking, Garden House from Austin Maynard is very much our cup of tea at The Coolector and this incredibly contemporary, high-performing, and highly sustainable home delivers an impressive 100kwh each day while the average Australian house uses 19kwh of energy per day. Courtesy of its 26kwh tesla battery, Garden House is a high-tech, inner-city oasis and the architect’s most sustainable home to date.

Garden House is located on a long and narrow street in inner-city melbourne and it is an hidden oasis. It is concealed from the street and accessed via a pedestrian laneway, the new family home is positioned within verdant established greenery. Garden House was built for a family of five with the ability to regularly entertain dozens of people. It consists of four distinct zones which appear as separate buildings, ‘invisibly’ connected by mirrored glass corridors that have been positioned to reflect the greenery of the home’s garden.

From the street the simple and domestic scale garage of Garden House from Austin Maynard initially appears to be the house in its entirety — a patterned, white shingled cottage with a expertly pitched roof. When entering the home, the interior reveals a much bigger space than you’d expect to see based upon how the property looks from the outside.

It has been designed to be flexible enough to fit a large family while avoiding the expression of a big property. To achieve this, the volume is broken up into four smaller scale zones — office, kitchen/living, dining, and kids area — with smart interactions in each. These zones are connected via mirrored glass links or bridges, and reflect the garden and essentially making them invisble, giving the impression of four separate buildings, set within a glorious green space. Internally there are concealed doors which allow for spaces to be opened up or sealed off.

There is a highly attractive aesthetic to Garden House with a decidedly modern vibe that sets it apart from the other properties on the street and is testament to the design skills of Austin Maynard Architects. Whilst it is designed as a high-tech dwelling, the owners didn’t want a ‘silver and white’ home chock full of complex, automated gadgetry.

Rather, Garden House provides an atmosphere which is simultaneously connected to nature through its materiality while also being high-tech and high performing to boot. All the living spaces have floor-to-ceiling windows with awnings over, which lets sunshine heat the concrete floor slab in the winter months, radiating warmth throughout the day and evening. Another first class piece of design from Austin Maynard.

With all the social distancing going on right now, golf seems like the ideal pursuit for those looking to get a bit of exercise… 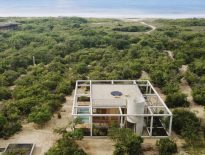 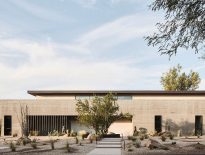