Some dads go above and beyond the call of duty when it comes to ensuring that their love of Star Wars rubs off on their offspring and, it’s fair to say, Colin Furze is one such dad because he has, somewhat miraculously, created a stunning 5.5m tall Giant Star Wars AT-AT in his own back garden for his son to play in and subconsciously become just as enamoured with Star Wars as his dad.

Colin Furze is no stranger to the pages of The Coolector and he is one of the UK’s most bonkers industrial designers who has been responsible for creating some truly madcap creations including a homemade hoverbike and a flamethrower scooter. It is this stunning Giant Star Wars AT-AT, made in conjunction with eBay UK, that has truly caught our eye here at Coolector HQ and, if you’re a fan of the franchise, prepare to be very jealous indeed.

In A Galaxy Far, Far Away

This stunning piece of design and craftsmanship from Colin Furze took 6 weeks to complete and was constructed using pieces he acquired entirely from eBay UK which, quite frankly, makes the lifelike end result all the more mesmerising and impressive. It is hard to believe that such an incredible piece like this could be made in someone’s back garden here in the UK but Colin Furze doesn’t do things by halves as we’ve seen time and time again. 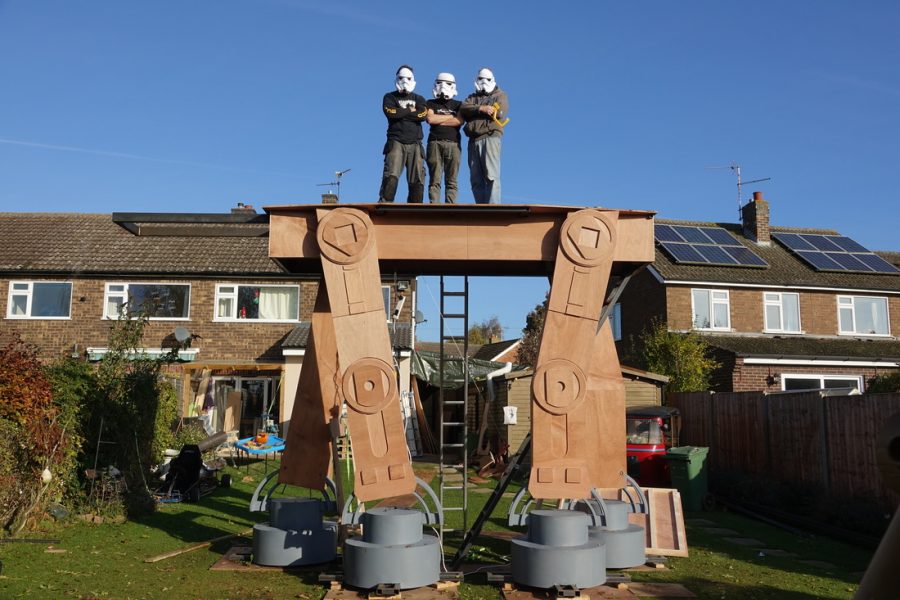 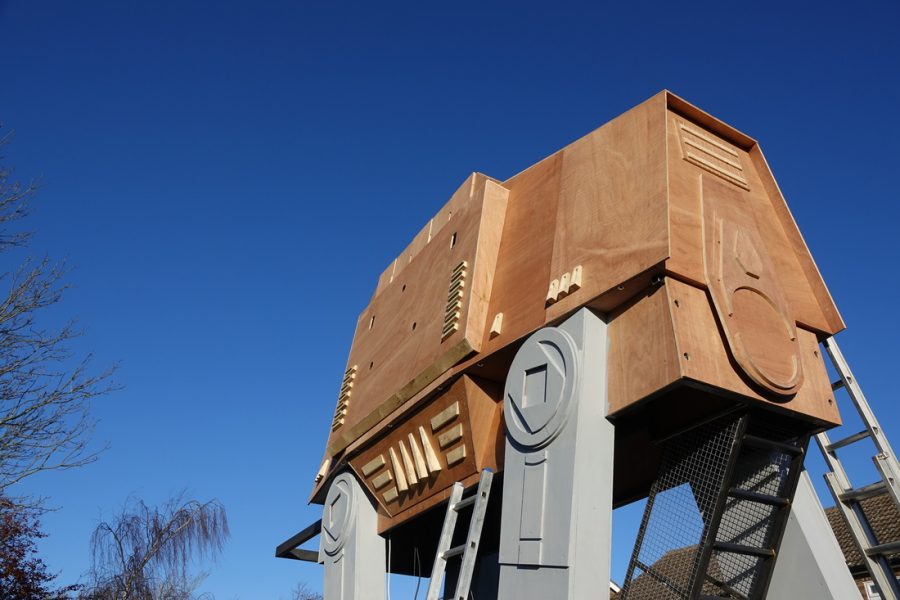 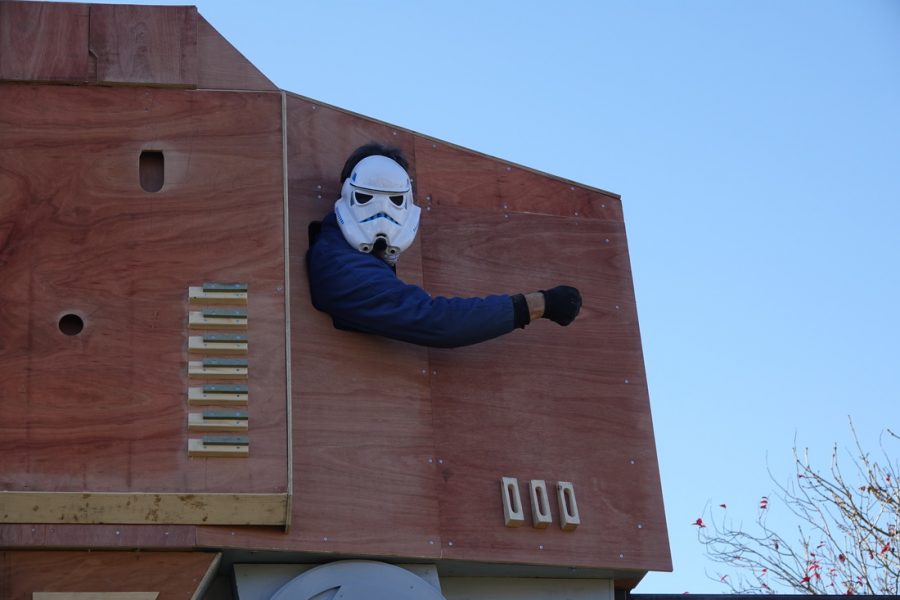 The AT-AT is one of the most iconic vehicles from the Star Wars galaxy and lends itself to being the perfect child’s play area because of the space you can create inside the frame. We’re in little doubt that Furze’s offspring gained a whole new appreciation of the franchise following his father’s amazing feat of crafting this 5.5m high Giant Star Wars AT-AT in their own back garden – not many other kids are able to say that they’ve got one in their garden, that’s for sure. 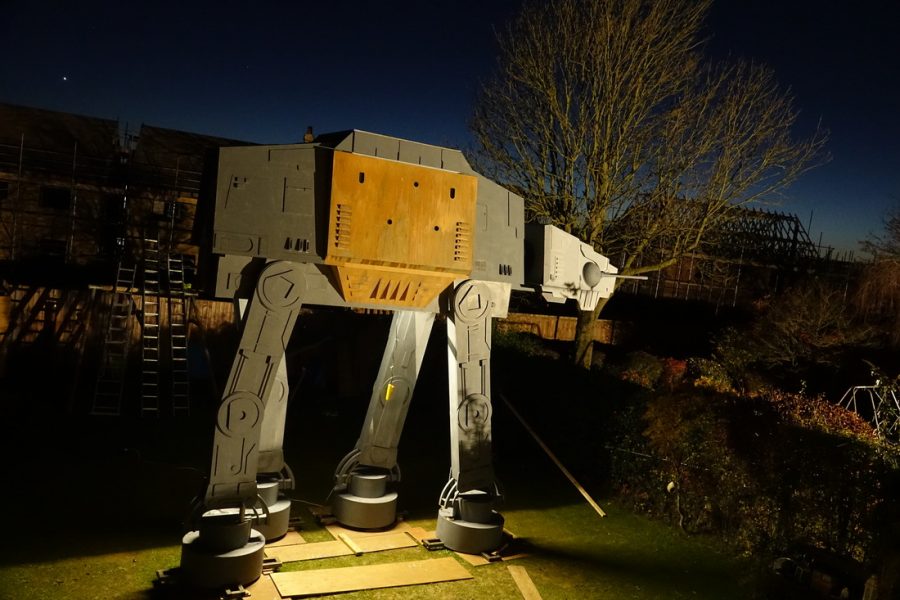 Star Wars fans are going to revel in the superb attention to detail and top notch craftsmanship that Furze has put into each and every element of this Giant AT-AT and you’ll be blown away by the way in which it all comes together at the end. A brilliant piece of design albeit one with an ulterior motive of getting someone to love Star Wars (which they should already, to be honest).

Though it took six weeks to complete, the Giant Star Wars AT-AT is going to leave a lasting impression on the childhood of Furze’s son and it’s a pretty grand gesture to create something so miraculous. When you take into account all the materials were sourced from eBay, it is all the more impressive and we wish we had a back garden big enough to house such a colossally brilliant piece of design. 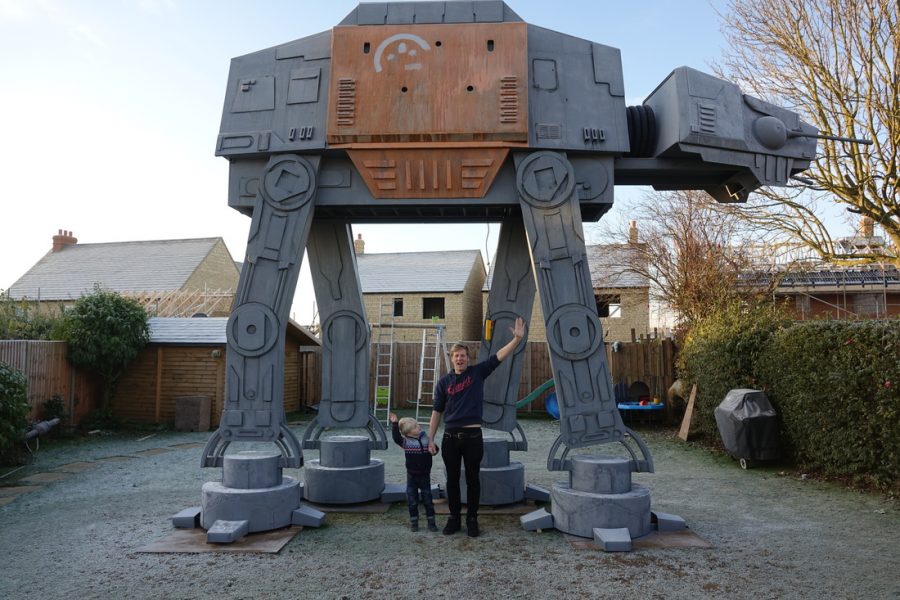 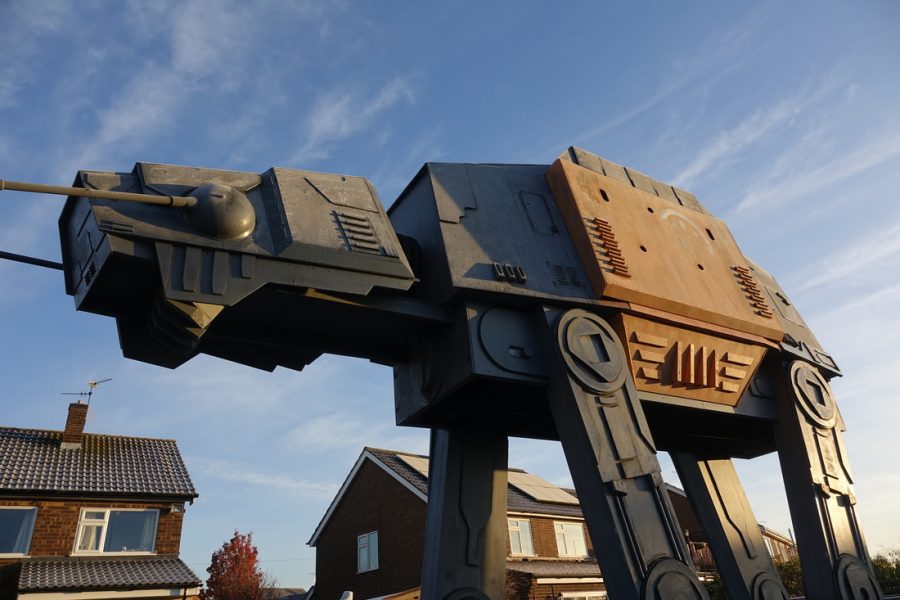 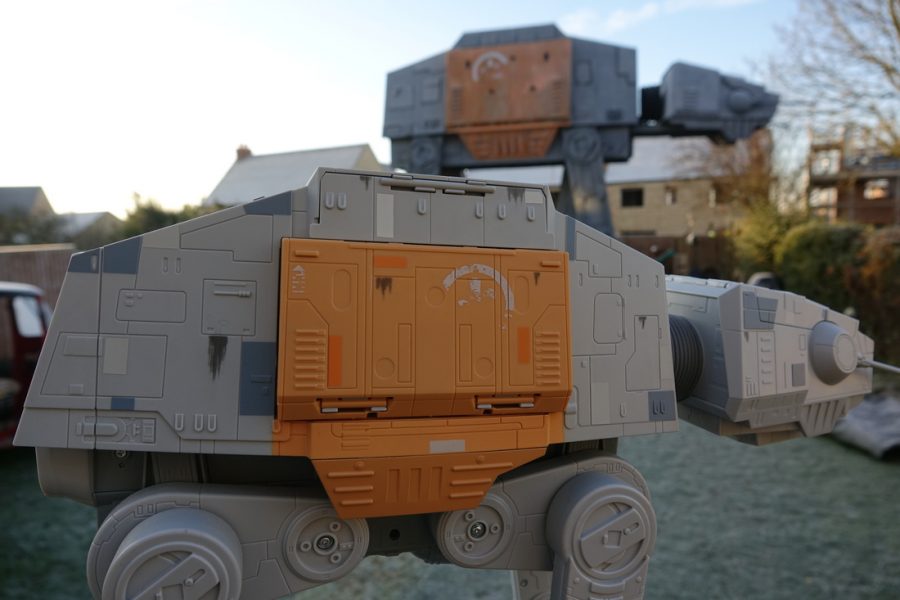 Anyone with a love of Star Wars, bonkers design and impeccable craftsmanship are going to applaud the endeavours of Colin Furze and his Giant Star Wars AT-AT and we here at Coolector HQ couldn’t be more impressed with what he has accomplished in such a short space of time. A phenomenal nod to the excellence of one of our favourite franchises.