Former NFL star running back Marshawn Lynch and his Beast Mode™ clothing label team up yet again with footwear brand Greats for a third outing and, as we’ve come to expect from these collaborations, the results are once again, first class. 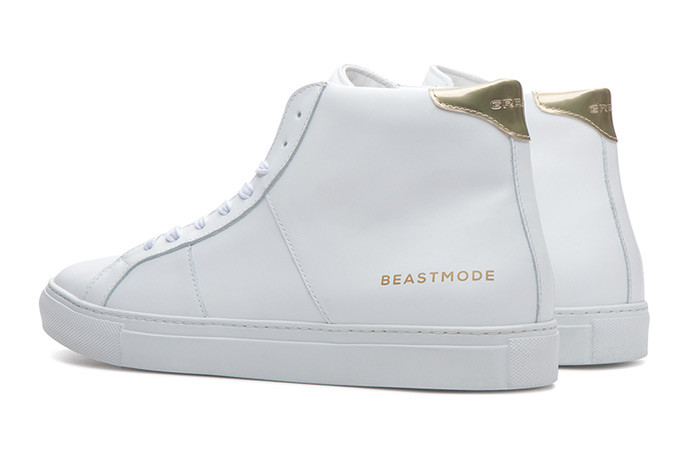 This time around sees the Beast Mode™ 3.0 take over the Greats’ Royal high sneaker. Lynch, a former running back for the Buffalo Bills and Seattle Seahawks always had a reluctance to speak to the media, however his team up with the Brooklyn founded footwear brand speaks volumes.

Beauty and the Beast

The Beast Mode 3.0 Royal High exudes power and supremacy much like its namesake. Marshawn Lynch garnered his Beast Mode nick name for pretty much flattening and destroying defences with his seemingly indestructible running style. At times, he was simply a force of nature. 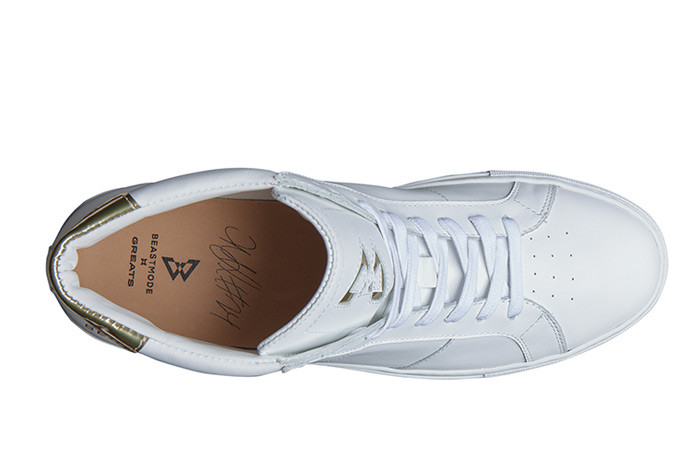 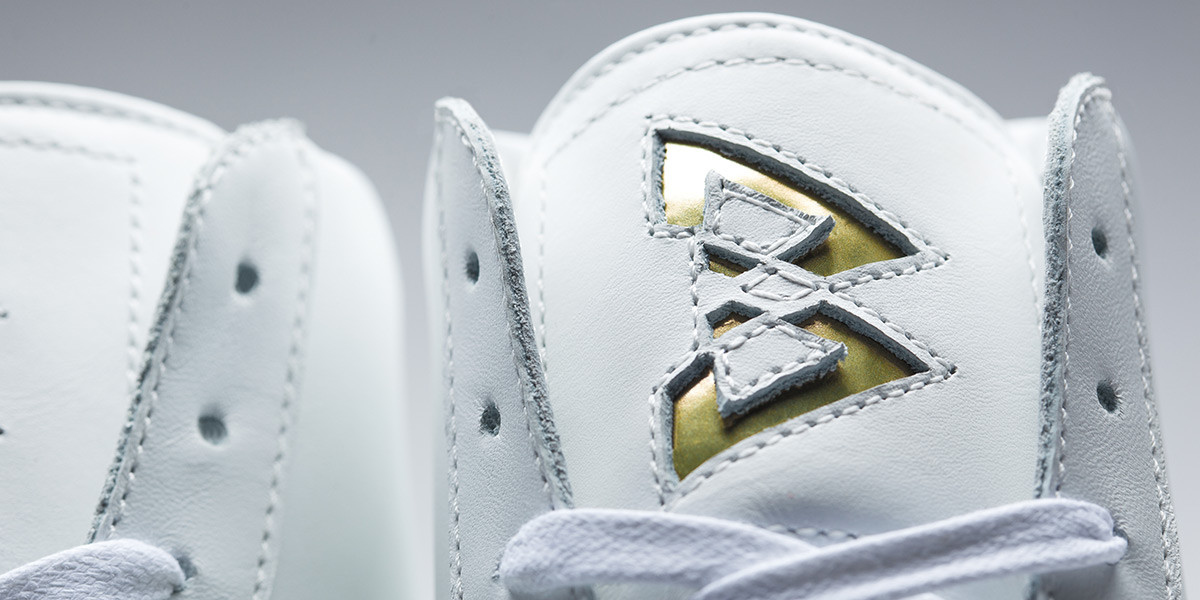 Greats, for those that know the brand, is centred around the word quality. Each unit is hand crafted and made in Italy, which nowadays is the place to manufacture minimalistic, high-end luxury sneakers. Founded only three years ago, in 2013 by Jon Buscemi (the same year he founded his other High End Luxury brand Buscemi) and Ryan Babenzian, they placed emphasis on quality for less and the Beast Mode 3.0 Royal high is no exception. 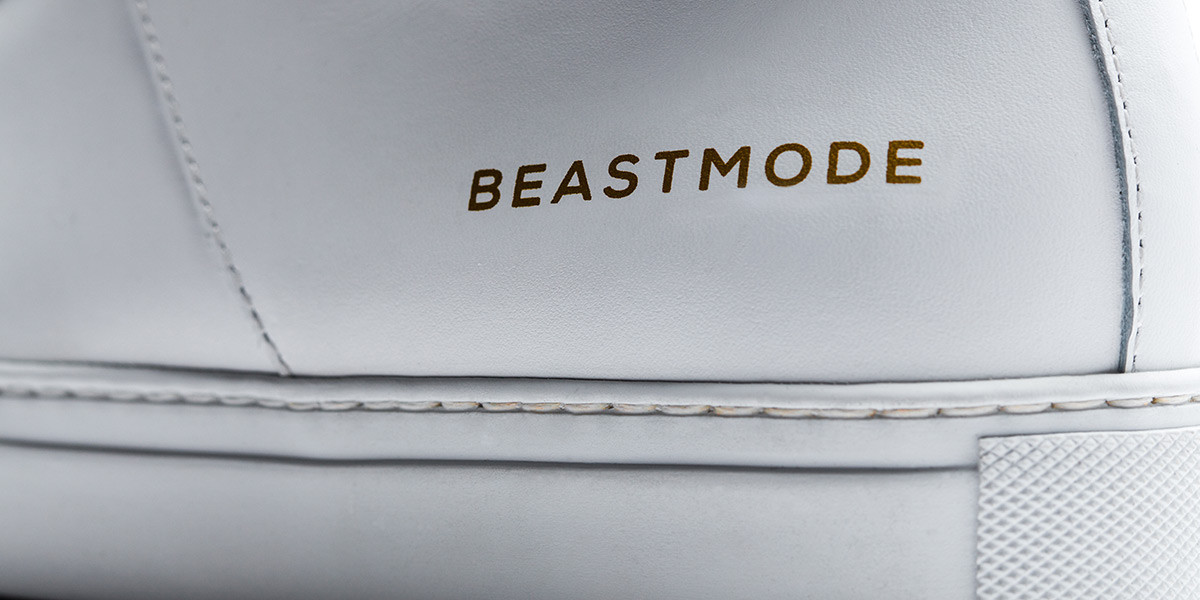 This version of the silhouette sees an all tonal white on buttery soft calf leather and matching white vulcanised sole and with a margom grip tread. The high cut sneaker’s unique features for the collaboration include a sand insole with Lynch’s signature and a gold ankle collar embossed with Greats branding.

The words Beast Mode are delightfully stamped in gold on the outside heel for that luxury feel and rounded off with the cut-out tongue in the shape of the Beast Mode brand logo that displays an epic gold background. 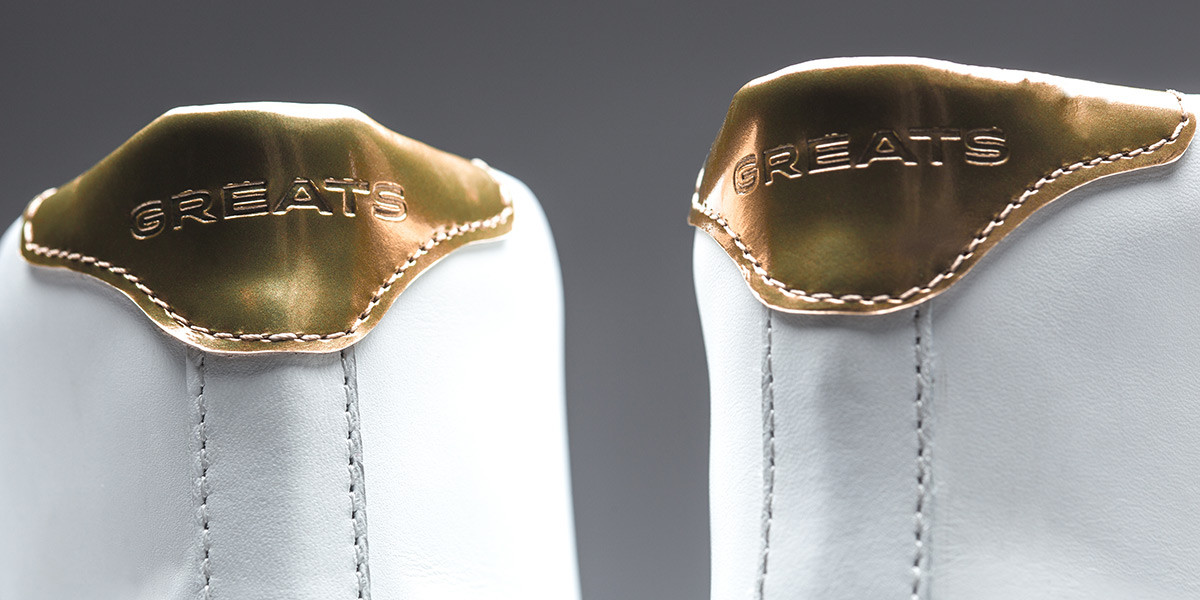 We always knew that each brand had a cult following and here at Coolector HQ, I think it’s fair to say we’ve joined the marching band and will definitely be looking to add a pair of these eye-catching sneakers to our ever growing collection.