Being children of the 80s and 90s here at Coolector HQ, it’s fair to say that we were treated to a real golden age of video games where playing the likes of Mario, Ghouls ‘n Ghosts and Street Fighter was second nature and we lament the loss of these simpler times of gaming. Fortunately, however, there are some great things out there that celebrate this iconic era of video games and few are better than these brilliant Video Game Shadow Boxes from GlitchArtwork. 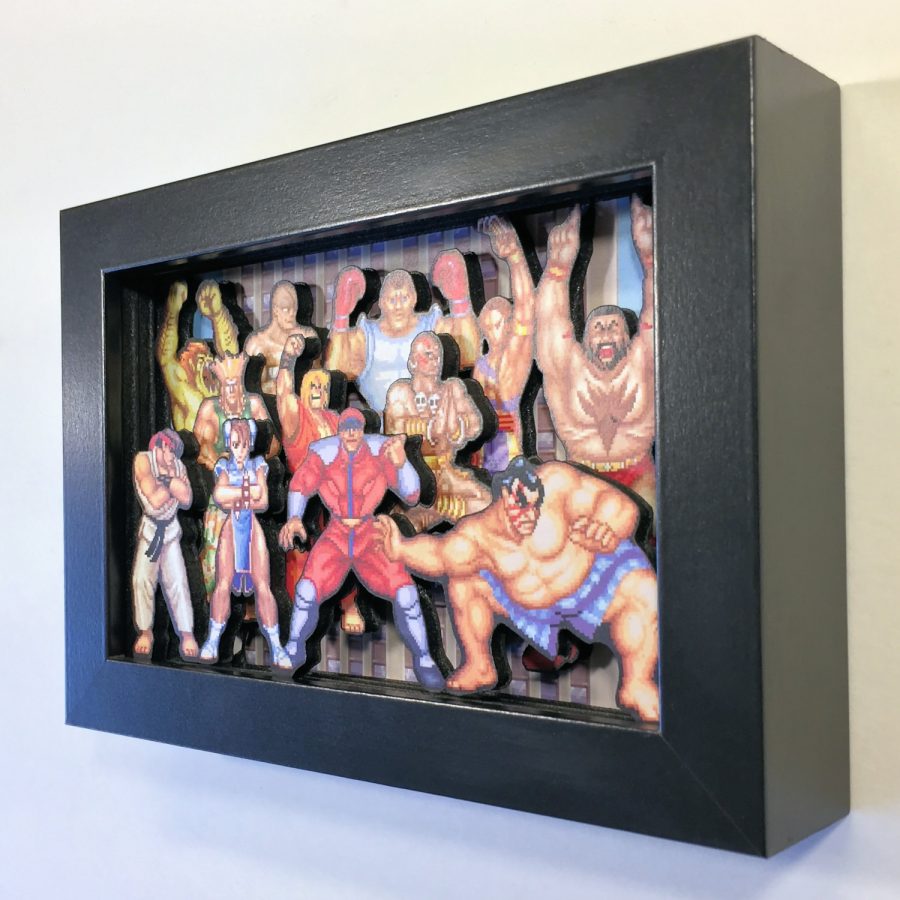 If you’re similarly enamoured by the likes of Pac-Man, Sonic the Hedgehog and Space Invaders and have got some irksome blank space on your walls in desperate need of filling, these GlitchArtwork Video Game Shadow Boxes are certainly going to be right up your street and will fill your heart with retro video game goodness every time you look at them.

Now, don’t get us wrong, we’re big fans of the capabilities of today’s next generation consoles but we do miss the simpler times of the Super Nintendo, MegaDrive et al and the glorious games that came with them. This sense of nostalgia has only been increased by these superb looking GlitchArtwork Video Game Shadow Boxes which really bring the old classics back to life. 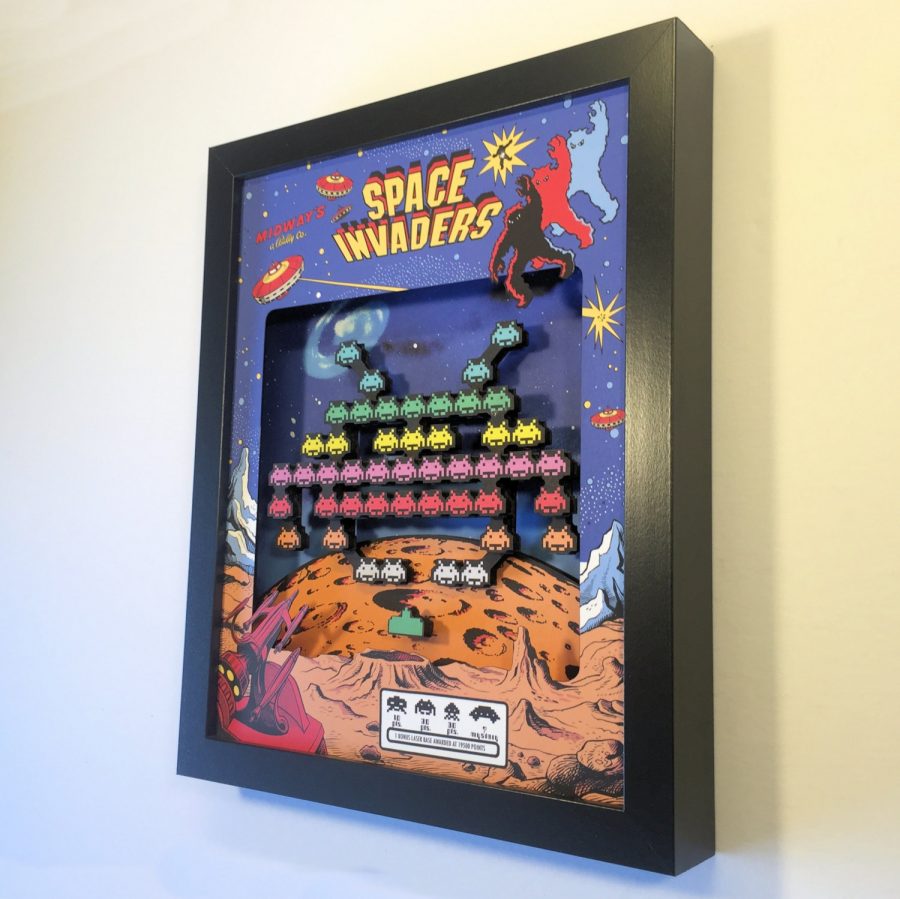 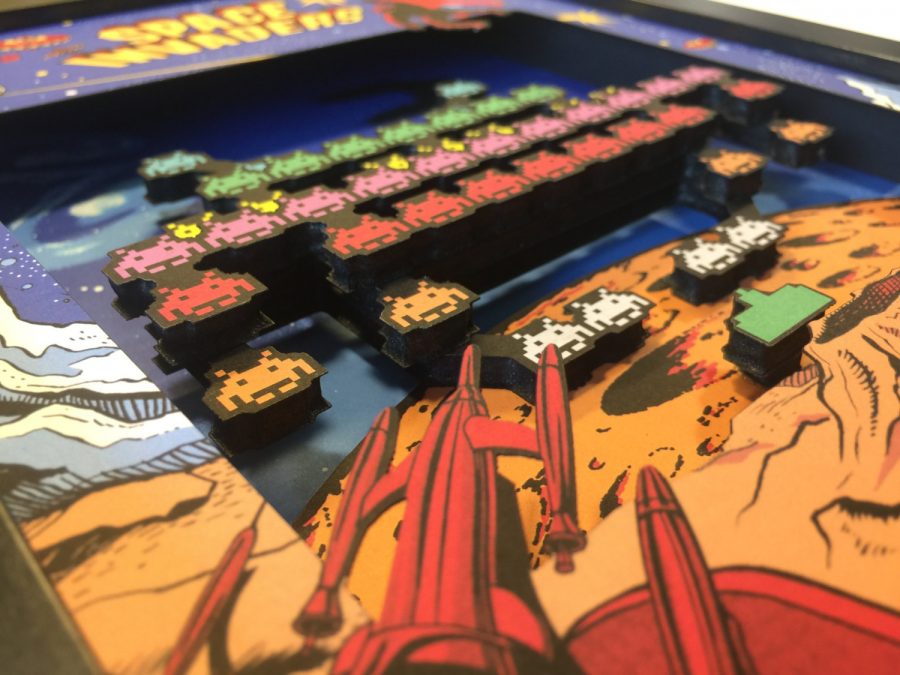 The real mainstream games like Mario, Sonic and Pac-Man all put in an appearance, of course, with these amazing GlitchArtwork Video Game Shadow Boxes but there are also some of the more indie games that we all know and love as well including the likes of Super Metroid, Rampage and Moon Patrol – so, no matter where your retro gaming affinities lie, you’re sure to find something within this great collection of pieces that sates that appetite. 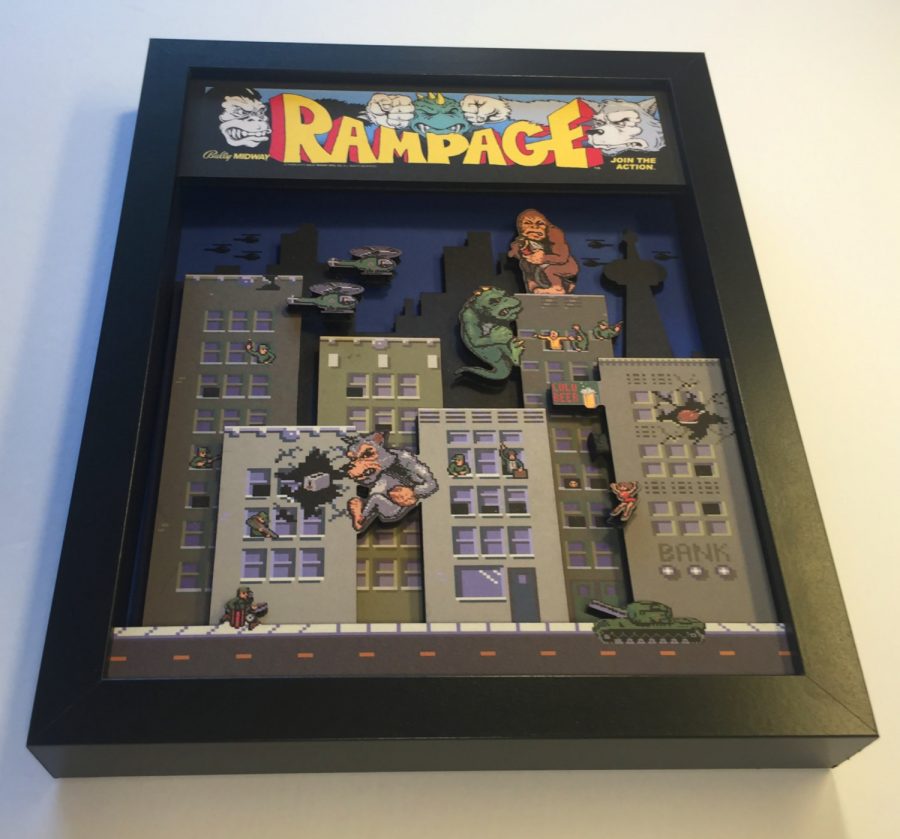 If you’re a fan of retro video games and looking for some really eye-catching pieces of artwork for your workspace, it’s fair to say you’ll be in your element with these GlitchArtwork Video Game Shadow Boxes and we’re big fans of the clever design and meticulous attention to detail that has gone into their crafting here at Coolector HQ.

Each one of these cracking pieces of art from GlitchArtwork has been crafted from a combination of materials typically consisting of foam board and paper and lovingly crafted by hand to deliver the eye-catching visuals of the finished products. A great gift to any vintage video game lover (yourself included), these superb Video Game Shadow Boxes from GlitchArtwork have got us wanting to root around for the old MegaDrive and fire up some classics. 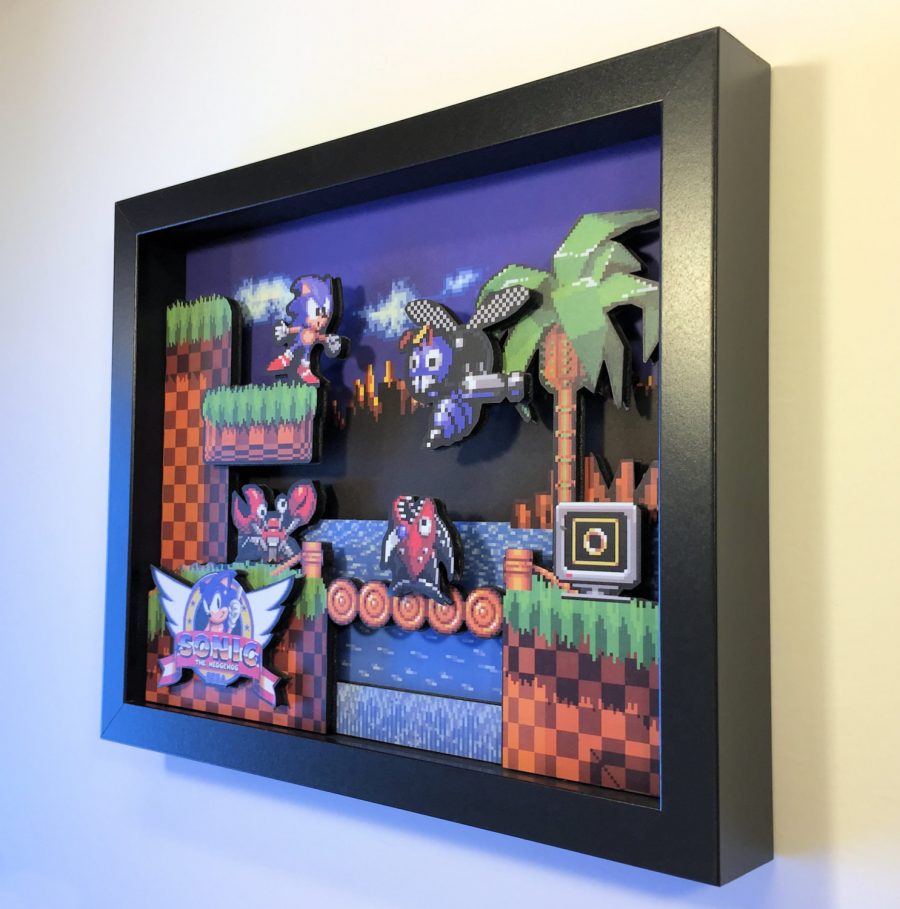 Not to everyone’s artistic tastes, of course, but for those of us who grew up in the 80s and 90s, who have a soft spot for the classics that formed the foundations of gaming as we know it today, will love these first rate pieces of design and will proudly have one or two hanging around their workspace.