Winner of the Australian Institute of Architect’s small project of 2017, the Hidden Studio in Cooper’s Shoot from Harley Graham Architects is a real sight to behold and goes to show just how expansive a small space can feel when proper attention is paid to the design processes. The Hidden Studio is nestled amongst the trees on a 20 acre property at Coopers Shoot and an existing house and writers cabin on the same spot which was designed by the accomplished ‘Sydney School’ architect Ian Mckay, was the catalyst for this eye-catching structure. 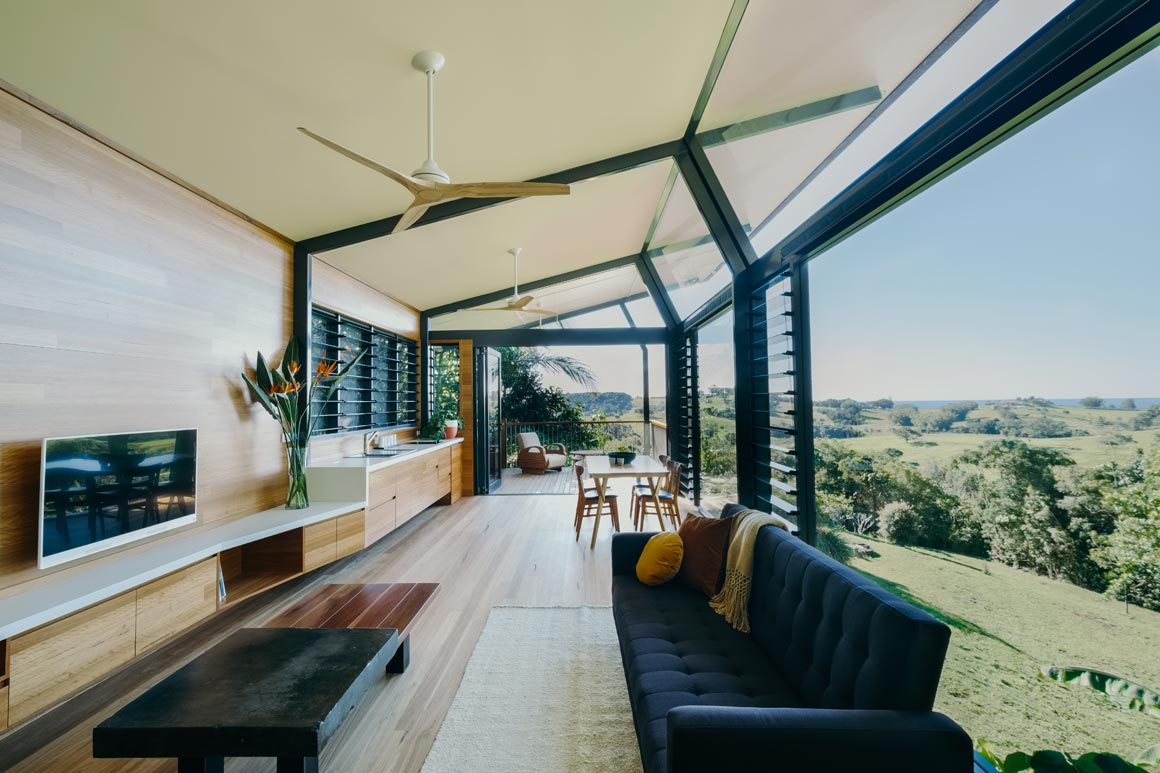 The Hidden Studio from Harley Graham Architects is a small but perfectly formed piece of design which uses intuitive and innovative design practices to deliver a compelling and functional space to the owners of the property. This stunning piece of design ensures that it always respects the existing structures on the site and merely serves to add to them further and making for a more versatile living space for the homeowners.

With a modern, striking interior and particularly contemporary exterior, the Hidden Studio from Harley Graham Architects is right up our street here at Coolector HQ. This cracking piece of architectural design has a clarity of structure and repetition of expressed portal frames which are important because they inform the basis of the skeleton for a ‘linear plan’ which was the design influence of the studio design. 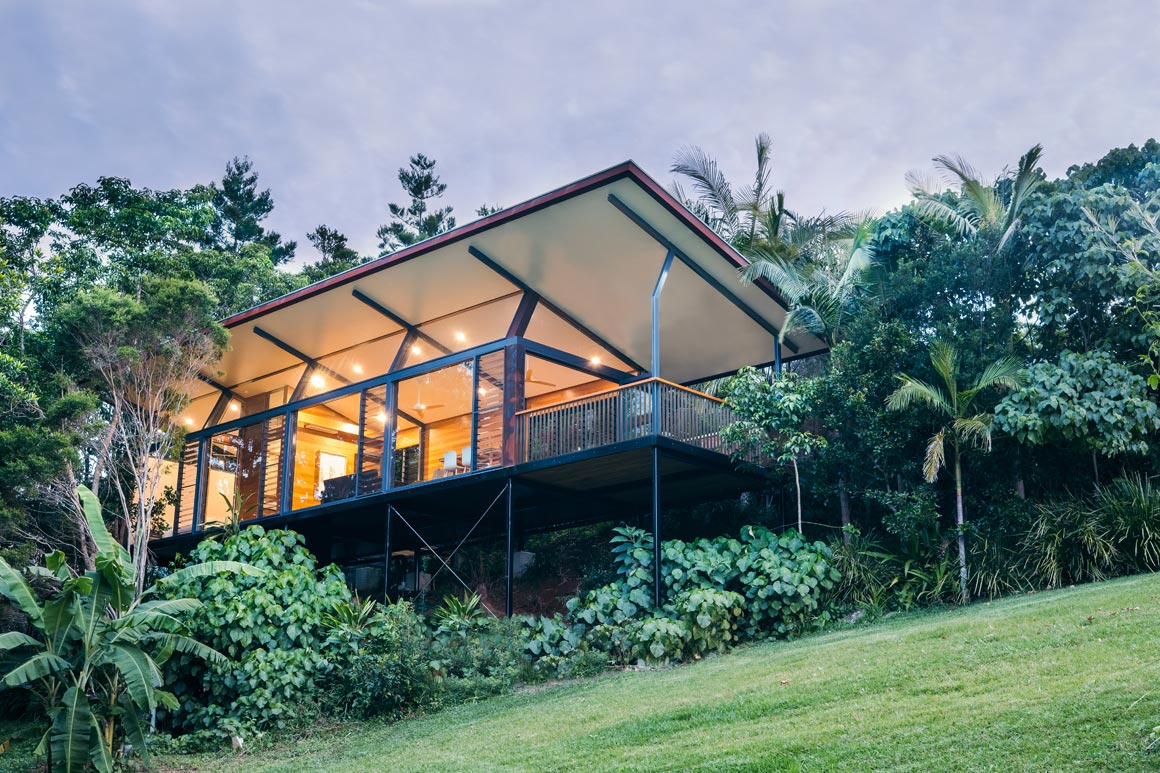 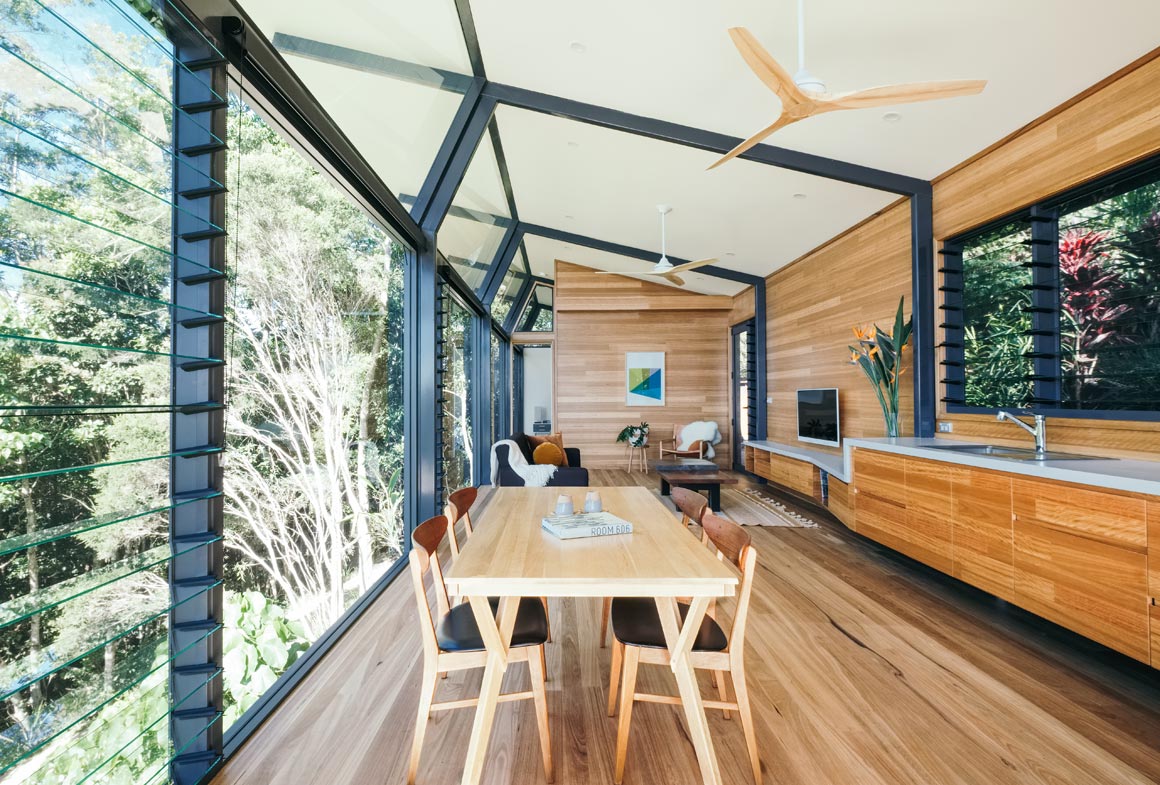 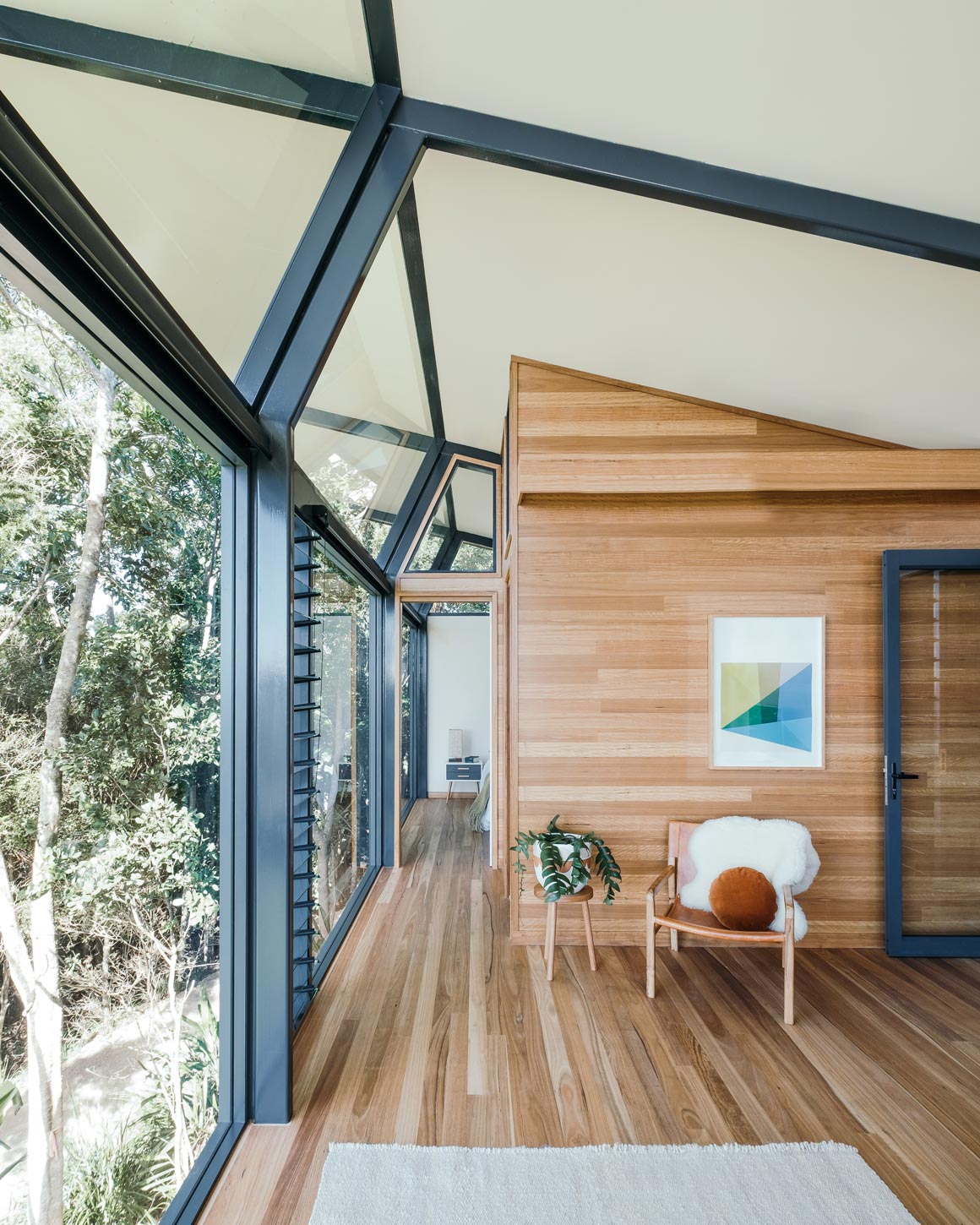 The Hidden Studio in Cooper’s Shoot has a brief to create a guest pavilion but one that, crucially, would remain private and concealed from view – hence the “hidden” moniker. Conceptually speaking, the studio was imagined as a place of refuge, akin to a raised cave or rock shelf, hewn by waves and there really is an engaging aesthetic to each and every component of the Hidden Studio from Harley Graham Architects. 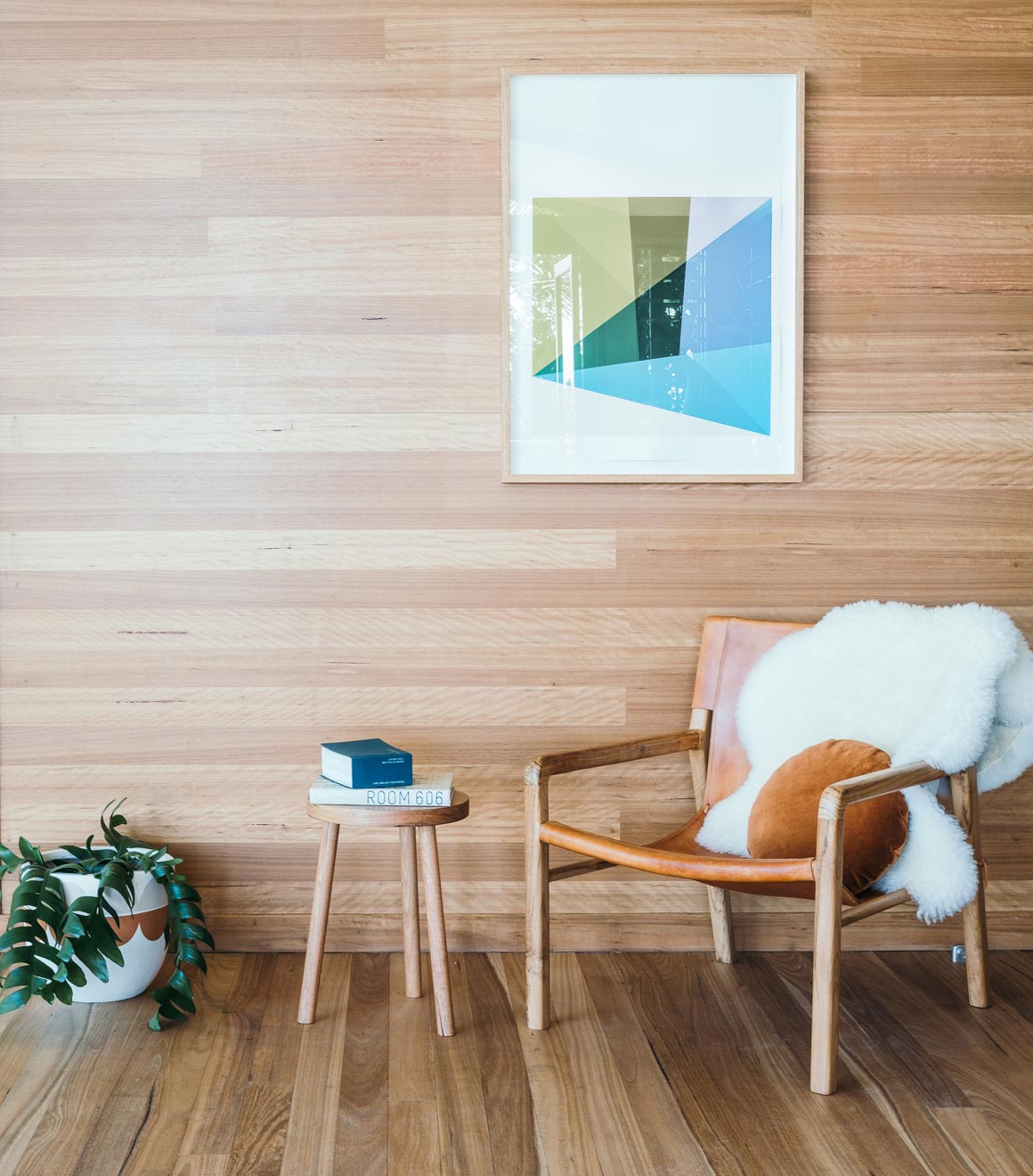 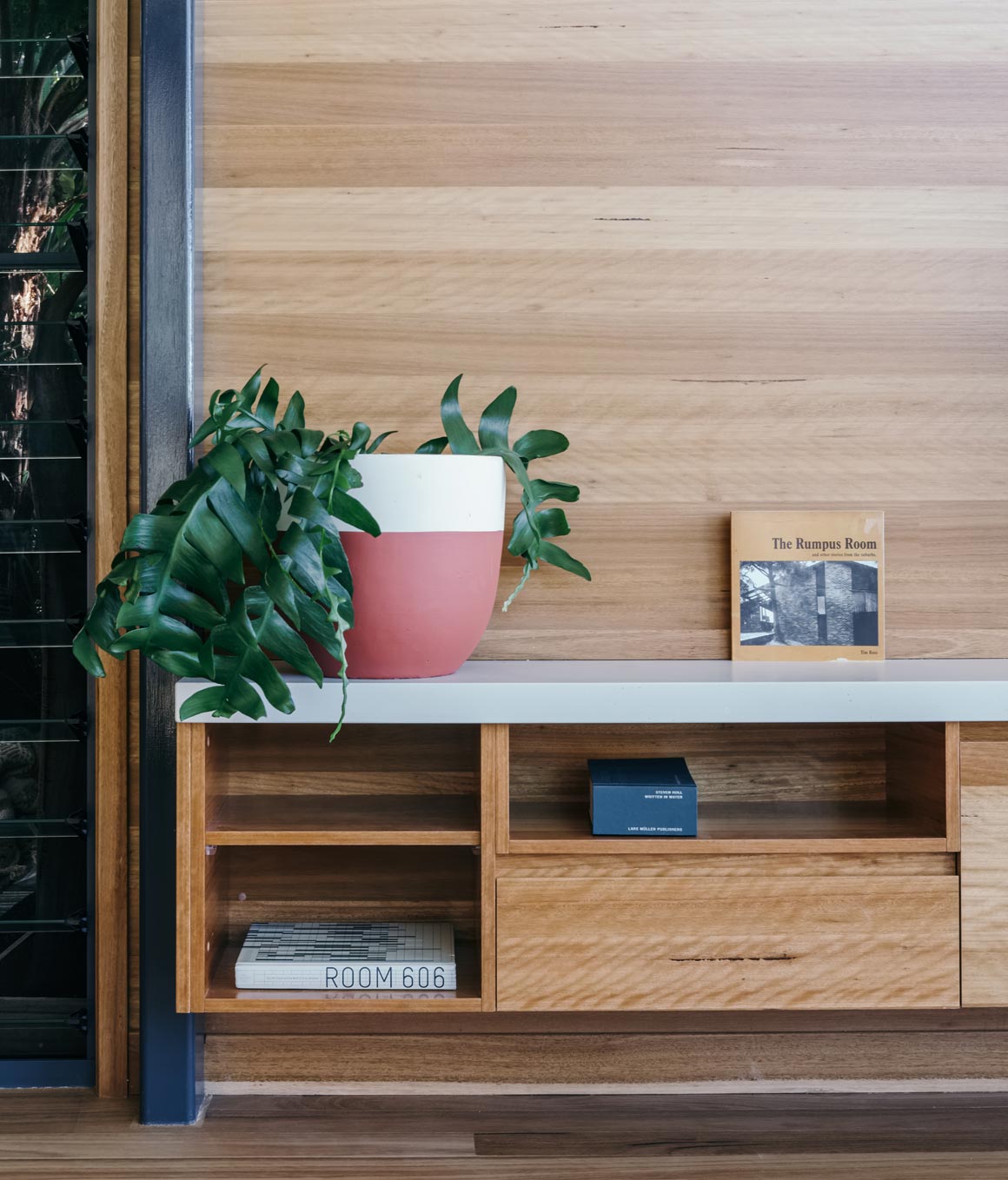 By situating the structure within the existing forest, the Hidden Studio expertly achieves both privacy and unparalleled vista views which can now be enjoyed by friends and family of the homeowners as well as holiday makers to Byron Bay. This breathtaking piece of design is a worthy winner of the Australian Institute of Architects design award and the welcoming interior space combined with the visually impactful exterior makes it a real winner in our book here at The Coolector.

We’ve featured an abundant amount of architecture here on the pages of The Coolector with an unnatural amount seeming to be in Australia, which is testament to the design talents of the architects in that country and you can now add Harley Graham Architects to that list with this first class Hidden Studio in Cooper’s Shoot. 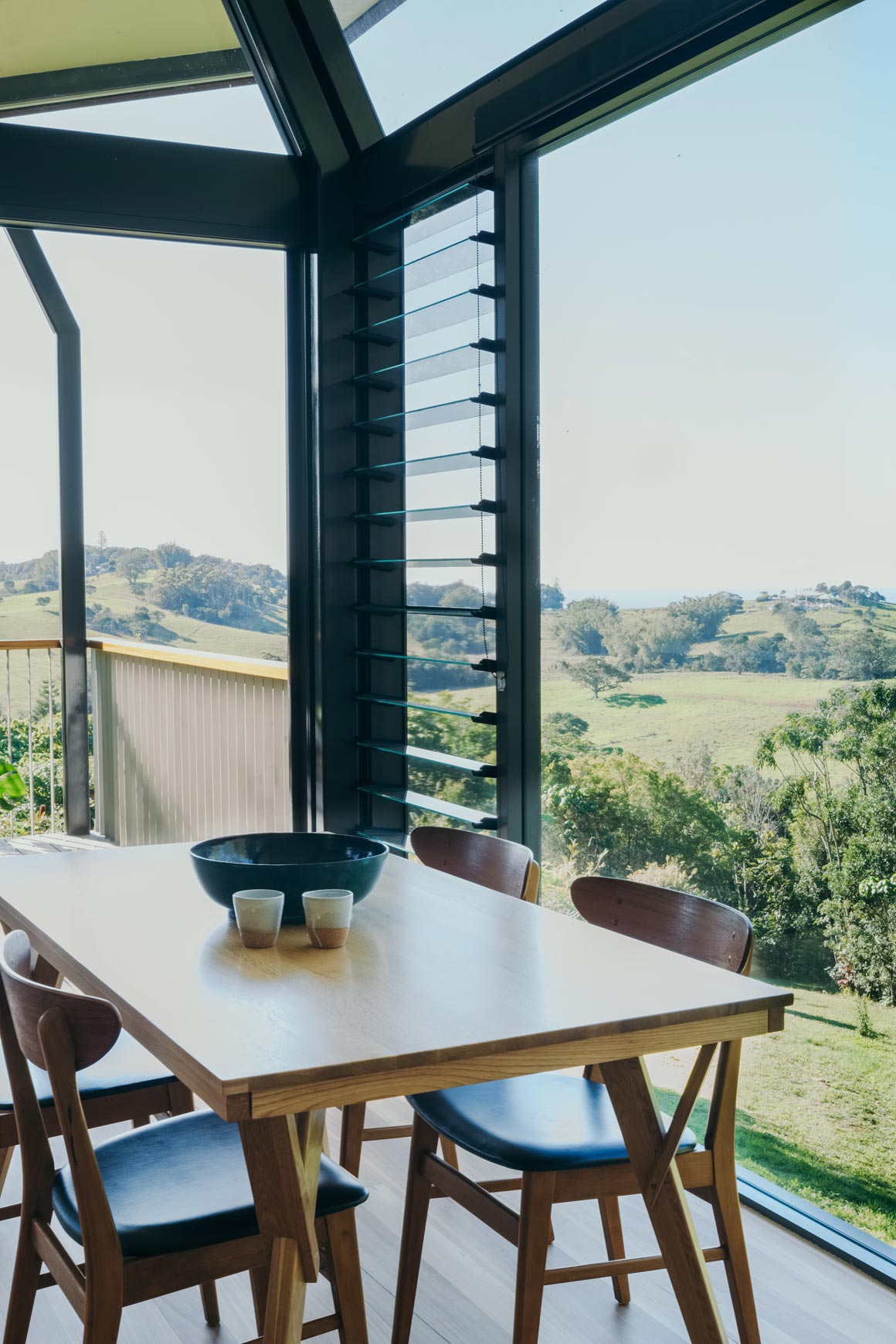 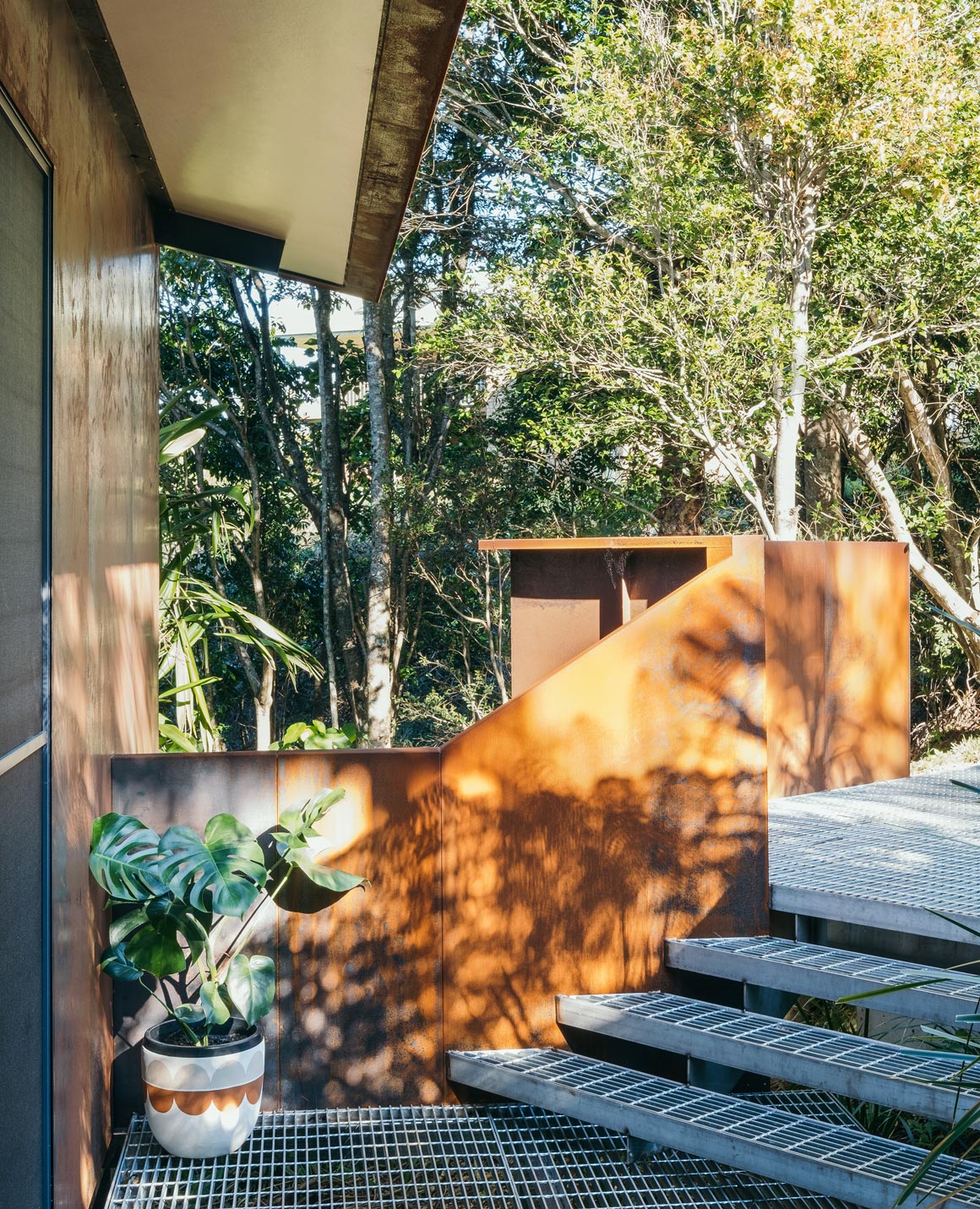 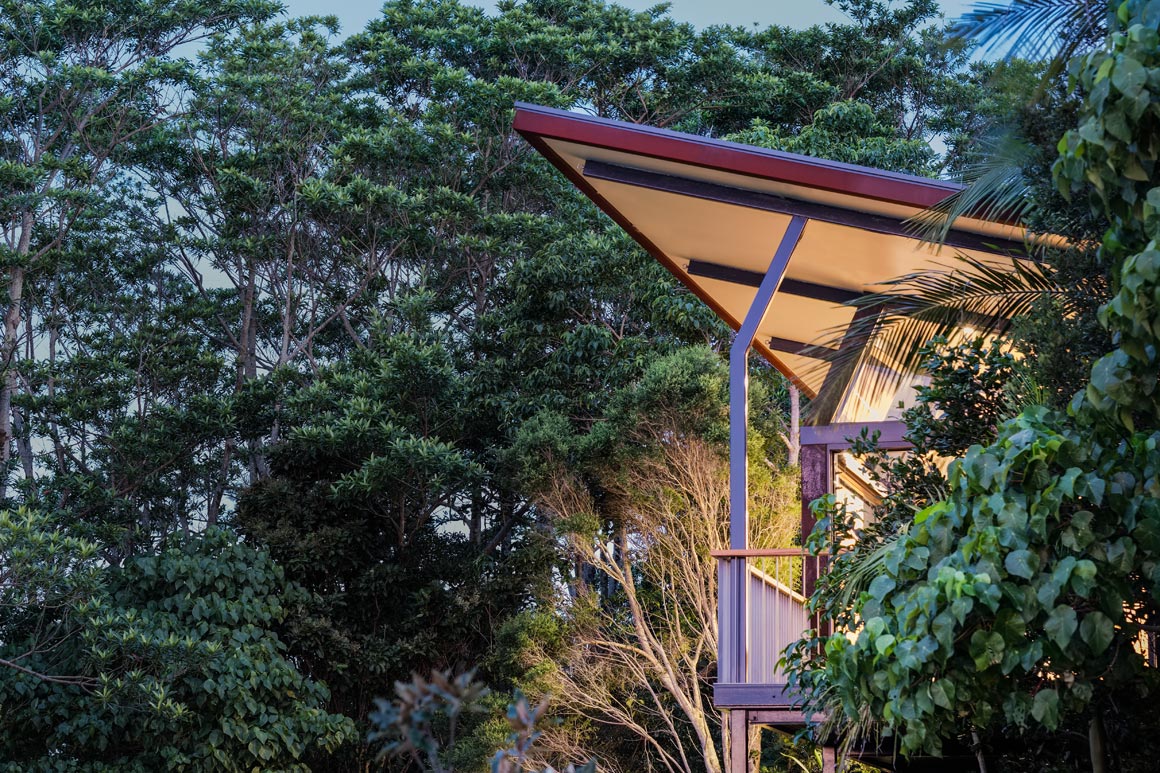 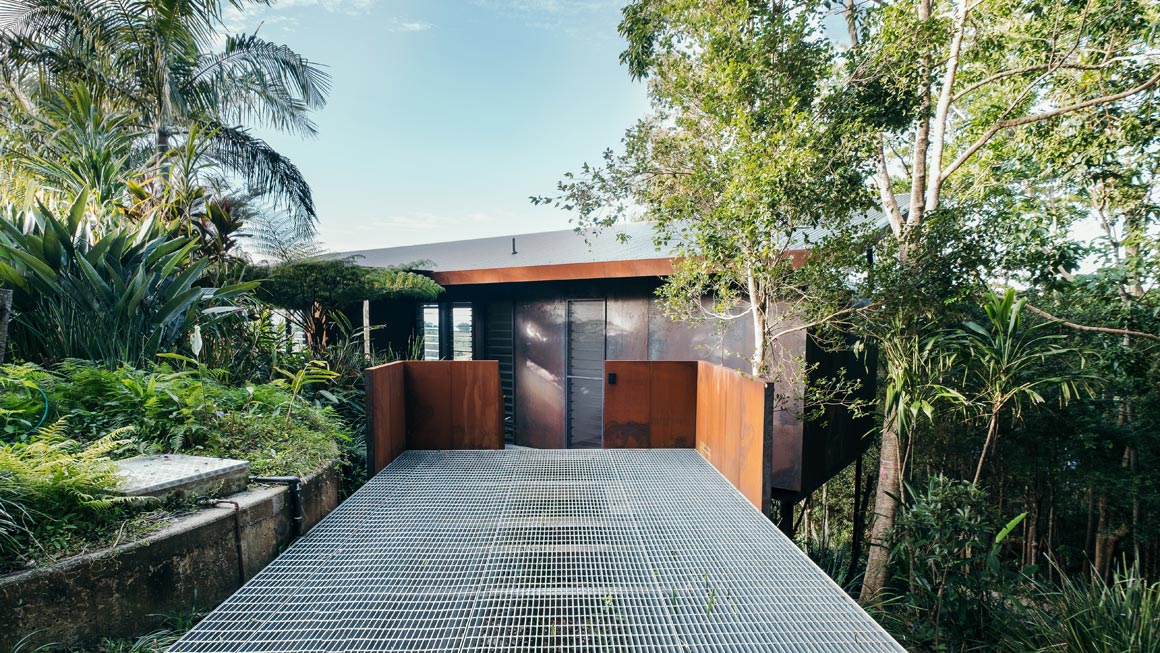 We love fortress of solitude style designs at The Coolector and this magnificent piece of design is one of the best we’ve seen in this regard, with some breathtaking views and wonderfully welcoming spaces. We can’t wait to see what other designs Harley Graham are responsible for in the rest of 2018 and beyond.