Though we’re not particularly onboard with the so-called “selfie” craze here at The Coolector, we’re definitely well aware that there are many more who are au fait with it and, for those people, there is a super-cool little device that goes by the name of HISY that will make those awkward selfies where you drop the camera on your face or painfully struggle to press the shoot button a thing of the past.

But what is HISY I hear you say? Well, sir, it is a handy little button that you can hold with your hand which is currently engaged in your selfie endeavours that is connected to your phone via bluetooth and will simply and easily let you take your photo by pressing the button as opposed to trying to press the button on your phone which invariably ends up with your arm dominating the shot. 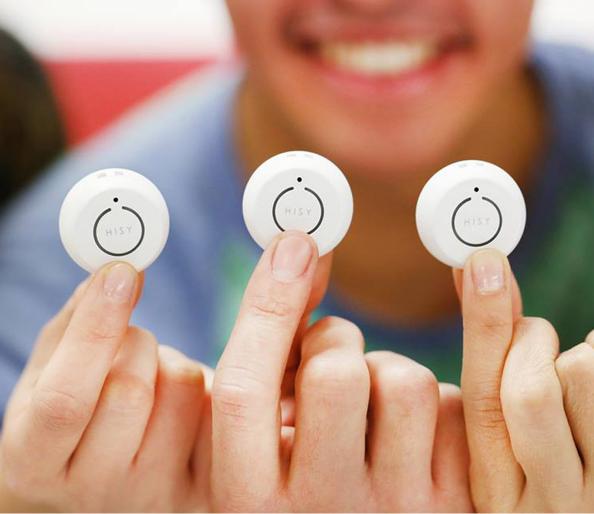 The HISY is a mightily impressive little device which boasts a two year battery life (at around 100 photos a day and, truth be told, you shouldn’t be taking more selfies than that) and it is compatible with all the latest Apple devices so you’ll be able to snap away with your array of iOS gadgetry. It has a range of around 30m so you can place your phone a fair distance away from you for capturing those group shots and HISY won’t let you down.

Whilst we’re yet to catch on with the selfie craze here at Coolector HQ, that may well be because of the number of terrible photos we’ve taken trying and, with luck, this top notch little device will make these awful pictures a thing of the past.