Boasting a location perfect for exploring the city and a quirky, well-thought out interior design, Hope Street Hotel is an example of boutique hotels at their finest.

Liverpool is a city that doesn’t always immediately spring to mind when you think of cool places to go in England and, truth be told, our recent visit here was only the second time we’d ever ventured there and, safe to say, we’ll be going back again in a heartbeat because not only is the city one of the most vibrant and bar and restaurant filled we’ve been to, we’ve found an impeccable hotel in which to make our base whenever we’re there in the future – say hello to the Hope Street Hotel. Unquestionably one of Liverpool’s finest boutique establishments.

As the name suggests, Hope Street Hotel is situated on, errm, Hope Street, which is the ideal position for those who want to be out of the hustle and bustle of the city centre (but a mere 5-10 minute walk to it) and surrounded with cool bars, pubs and restaurants. The hotel itself is chicness personified and delivers brilliantly styled, unique looking rooms and suites that feel like a real home away from home and we were lucky enough to stay in one of the establishment’s handful of perfectly formed suites which delivered striking views out across the city down towards the docks. 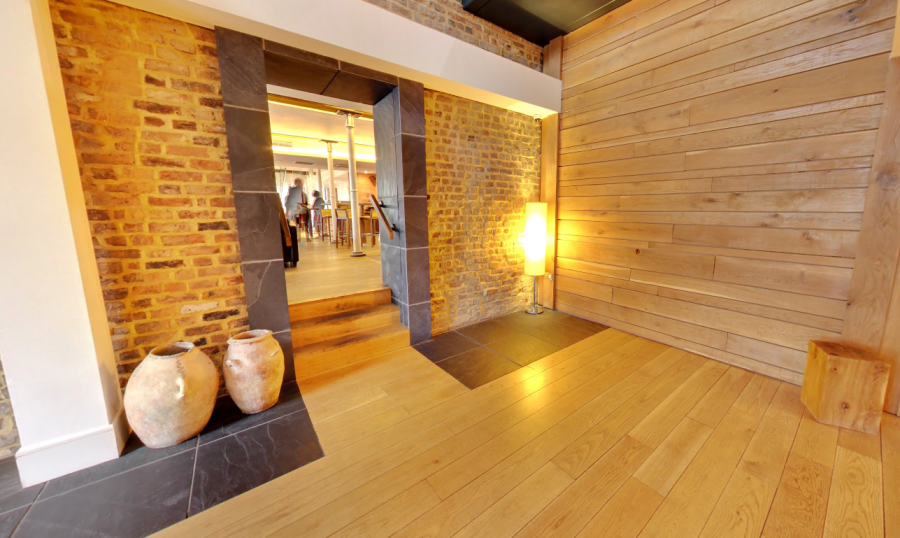 Liverpool has changed a lot in the last few years (and unrecognisably since we were last there) and it’s because of fantastic new hotels like Hope Street that visitors are flocking to the city in their droves and we can safely say that this magnificent residence is right up there with the best of them in terms of the boutique hotels we’ve had the pleasure of staying at here at Coolector HQ.

Upon arriving in Liverpool, it’s difficult to know where to start because there is so many things to see and do in the city and it’s made all the more difficult when you’ve got a room as inviting as the suite we stayed in at Hope Street Hotel because, quite frankly, we didn’t want to leave given the creature comforts it offered which included separate living space away from the bedroom and one of the most luxurious bathrooms we’ve encountered filled to the brim with impressive mod-cons including touch-screen mood lighting. 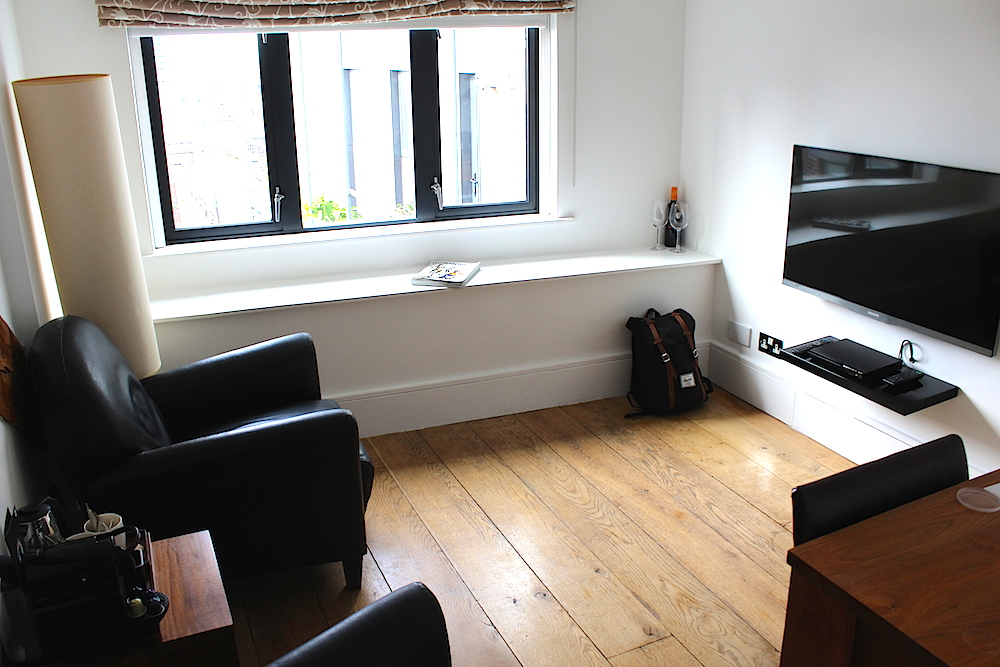 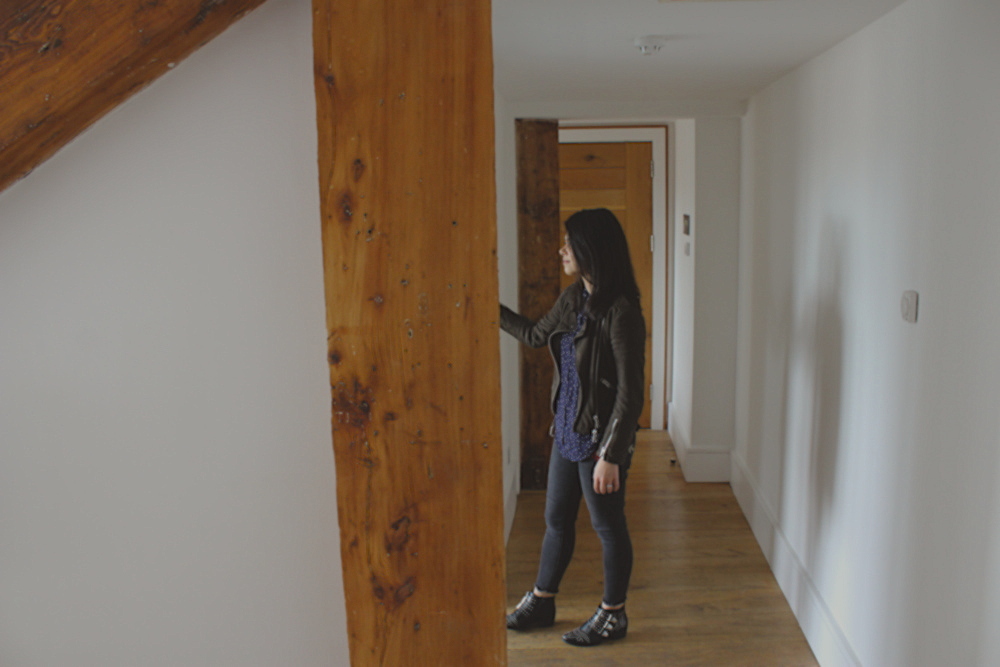 The exposed beams throughout the different rooms in the suite really showcased the building’s past and did a great job of indicating what an extensive and sympathetic renovation job has been carried out on the building to deliver such a luxurious and well-appointed hotel today. Everywhere you looked around the room was filled with neat little touches and top of the range accessories and technology including 42″ Phillips Ambilight Smart TVs in the living area (again with Sky Sports, much to our delight) and bespoke furniture crafted from oak and walnut dotted around which added extra aesthetic appeal and functionality to the space. 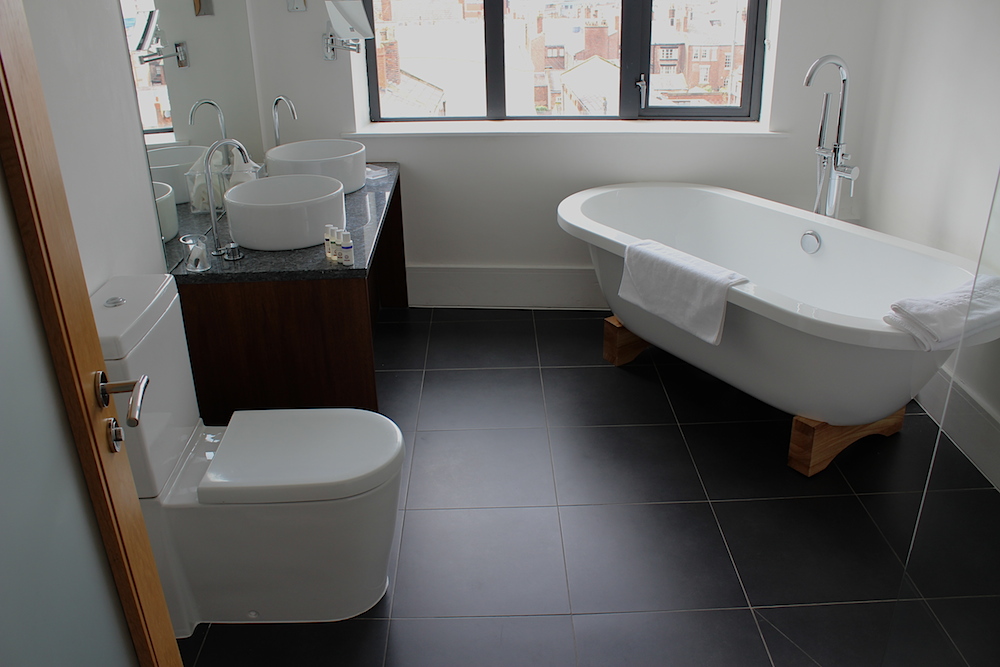 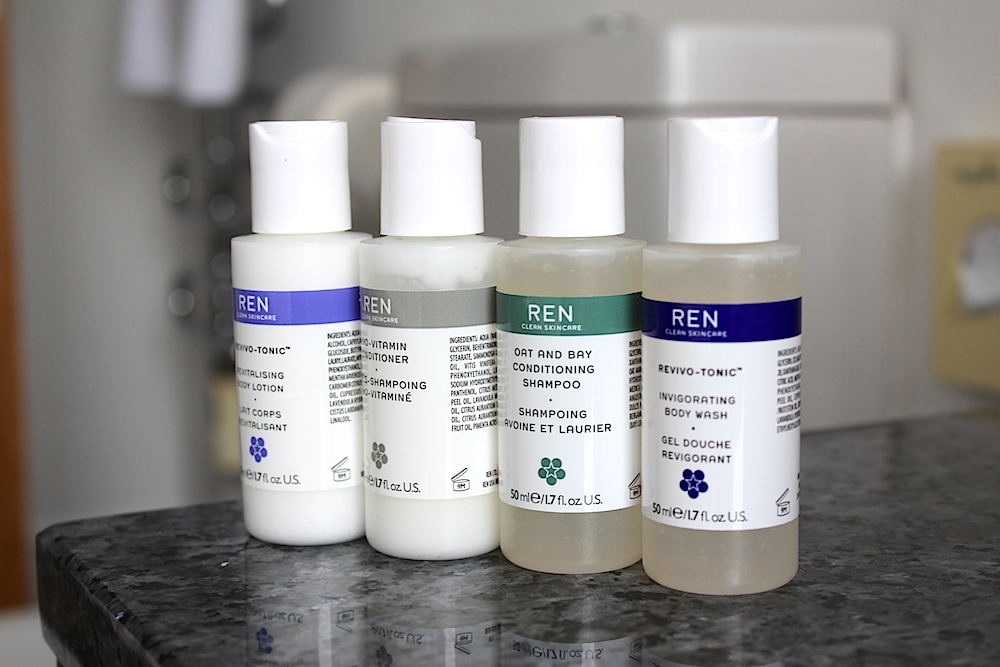 Everything about the Hope Street Hotel screams quality from the understated yet visually impactful lobby right through to the adjoining restaurant called The London Carriage Works (where an exceptional breakfast is served for guests in the morning). The reception staff were incredibly helpful and knowledgeable of the city and surrounding area and provided maps of the main attractions and plentiful suggestions on what best to see and do which was much appreciated given our newness to the city.

Stars In Your Eyes

You know you’re probably in a pretty excellent hotel when you sit down for your breakfast and Hollywood star Adrian Brody comes and sits at the adjacent table. The breakfast was amazing but it’s doubtful he would have flown over just for that. The Hope Street Hotel is definitely a first rate establishment that does itself and Liverpool proud by offering a place to stay that dares to be different with bespoke furniture and interior design endeavours that really stand out from the crowd. 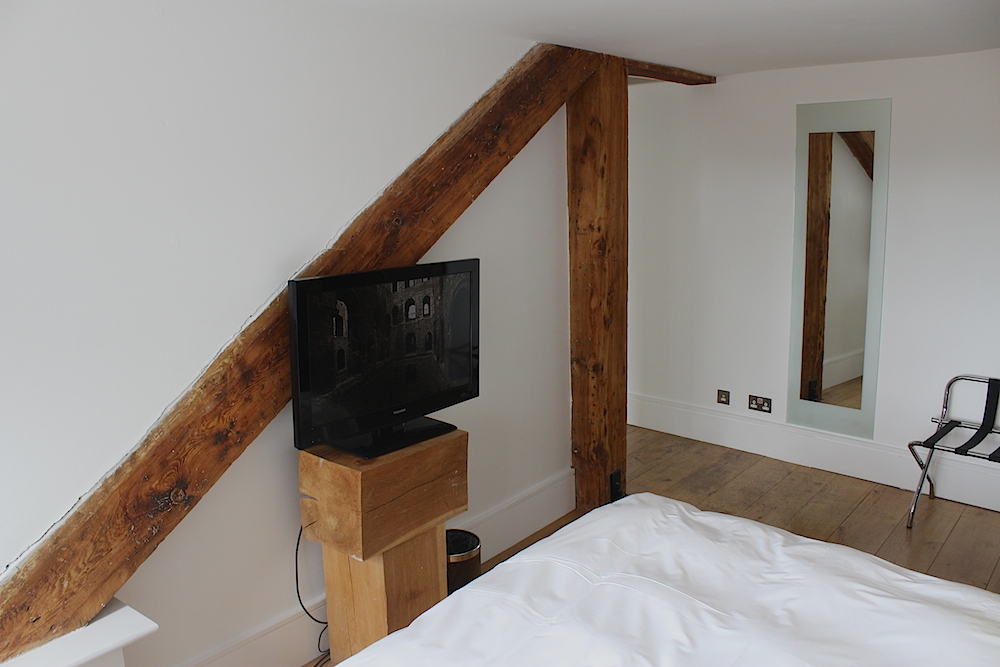 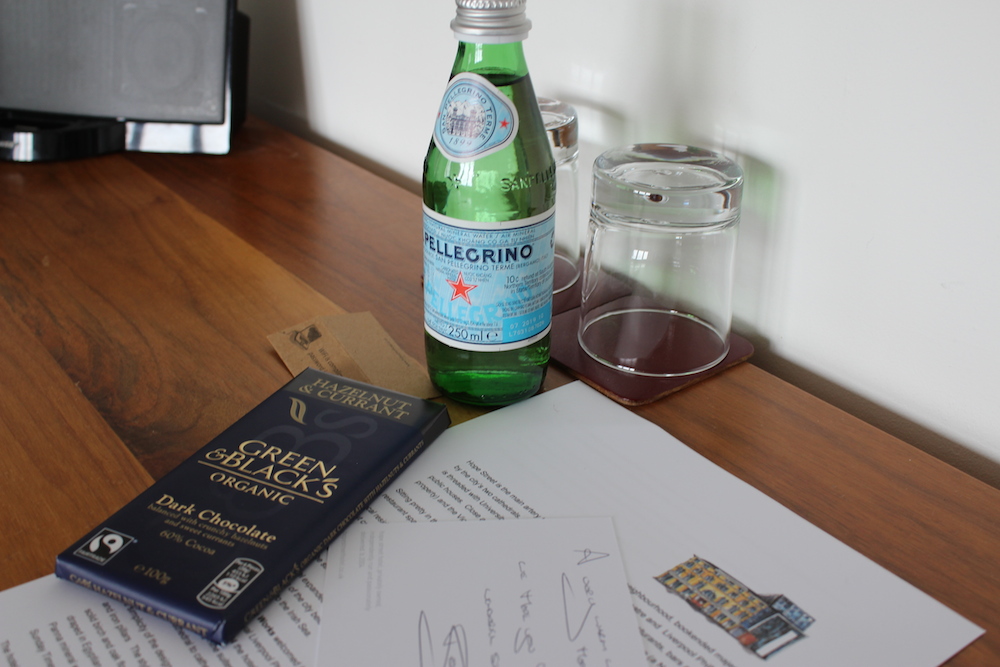 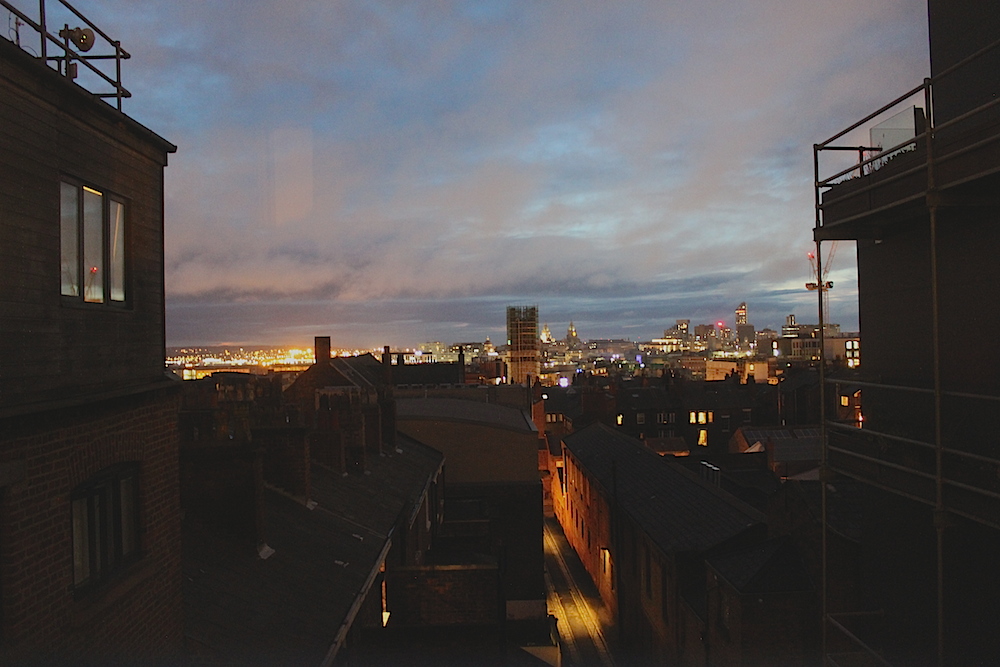 We loved every minute of our lamentably brief stay in Liverpool and the Hope Street Hotel is one of the main reasons for this. Superbly designed and decorated and boasting a small but perfectly formed collection of rooms and suites, we can’t recommend this hotel enough to anyone heading to Liverpool because not only is it superbly situated (again close to a BrewDog) for anywhere in the city you’d like to visit, it is so welcoming and inviting (not to mention superbly comfortable) that you won’t ever want to leave. Until next time, Liverpool.