Craft beer has risen in popularity as some beer lovers have turned away from traditional favorites. It comes in a wider range of flavours not usually associated with beer — pumpkin, fruit flavors, chocolate and so on. Restaurants that brew their own beer called “brewpubs” are popping up all over, giving more choices for dining and nightlife activities.

Many people have tried making craft beer themselves with limited success. The fact is making your own beer is a complicated science. One mistake and you might ruin your whole batch with bacteria, mold or a failure in the brewing process. Well, these concerns can now be a thing of the past courtesy of the excellent looking HOPii Microbrewery funding on Kickstarter now.

Making Your Own Amber Nectar

Beer is made of four things: usually barley, yeast, hops and water. The particular way in which the barley is malted or toasted, how and when the hops are added and how long the mixture is fermented gives each beer its own unique qualities and taste. It’s amazing the different kinds of beer you can produce from those four simple ingredients and with so many craft beer brands popping up everywhere, more and more are wanted to try this for themselves at home. And this is where the HOPii Microbrewery comes into play. 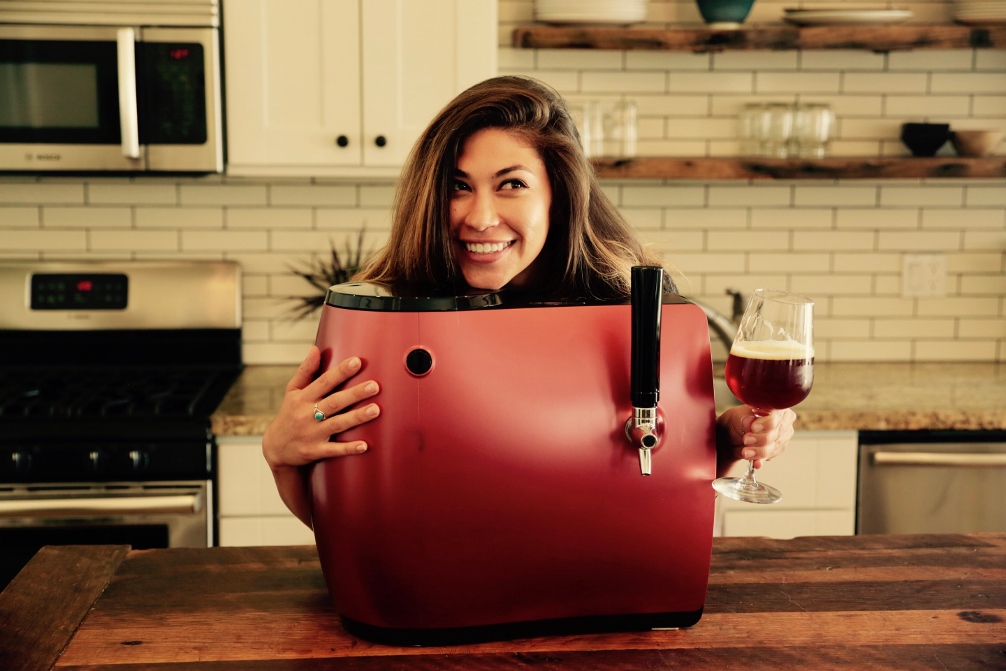 The HOPii Microbrewery is a beer-brewing machine will fit comfortably on your kitchen counter and makes it easy to start making your own craft brews right away. You don’t have to have any brewing knowledge — you just need to follow some simple directions. HOPii can provide you with your personal microbrewery as well as recipes to make your favorite craft beers. They match the recipes of your favorite beer and provide you with all the ingredients and the exact instructions to produce beer which tastes as good or — since it’s fresh as can be — even better than the original. 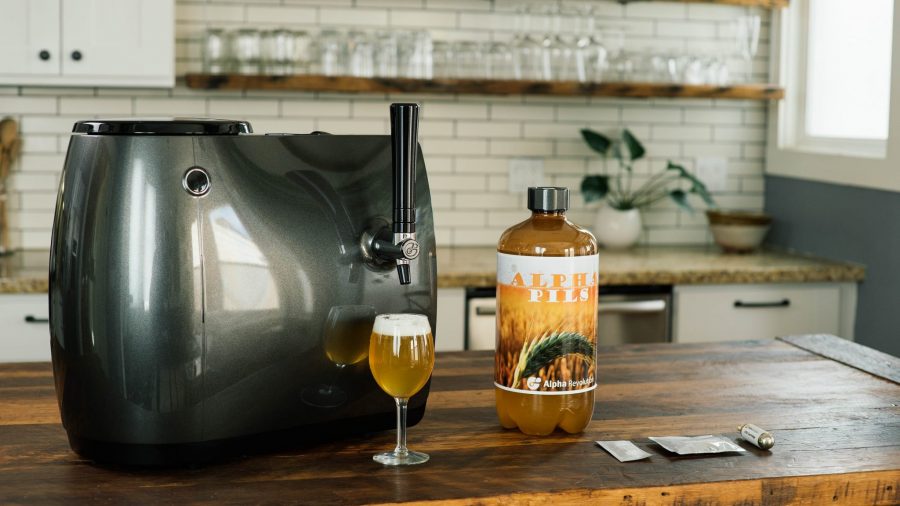 Included within the HOPii Microbrewery beer kit is everything you will need to make your beer. You get a three-liter bottle of wort — a liquid made from ground mal and other grains — a pack of hops and other flavors and a pack of yeast. Just add all of the ingredients and press “start.” HOPii does the rest. HOPii brewing machines keep the environment controlled and consistent using smart sensors which monitor and control fermentation time. 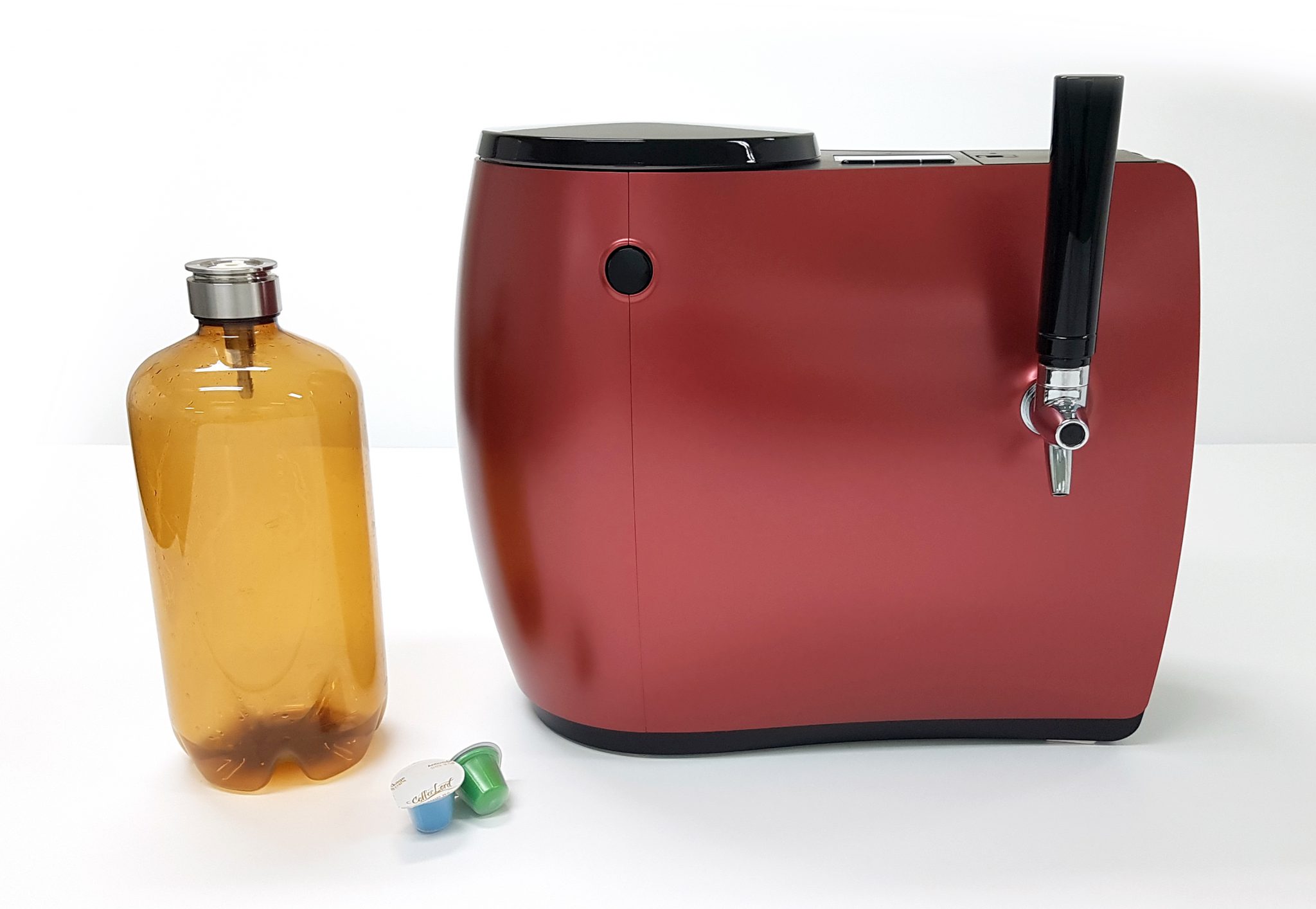 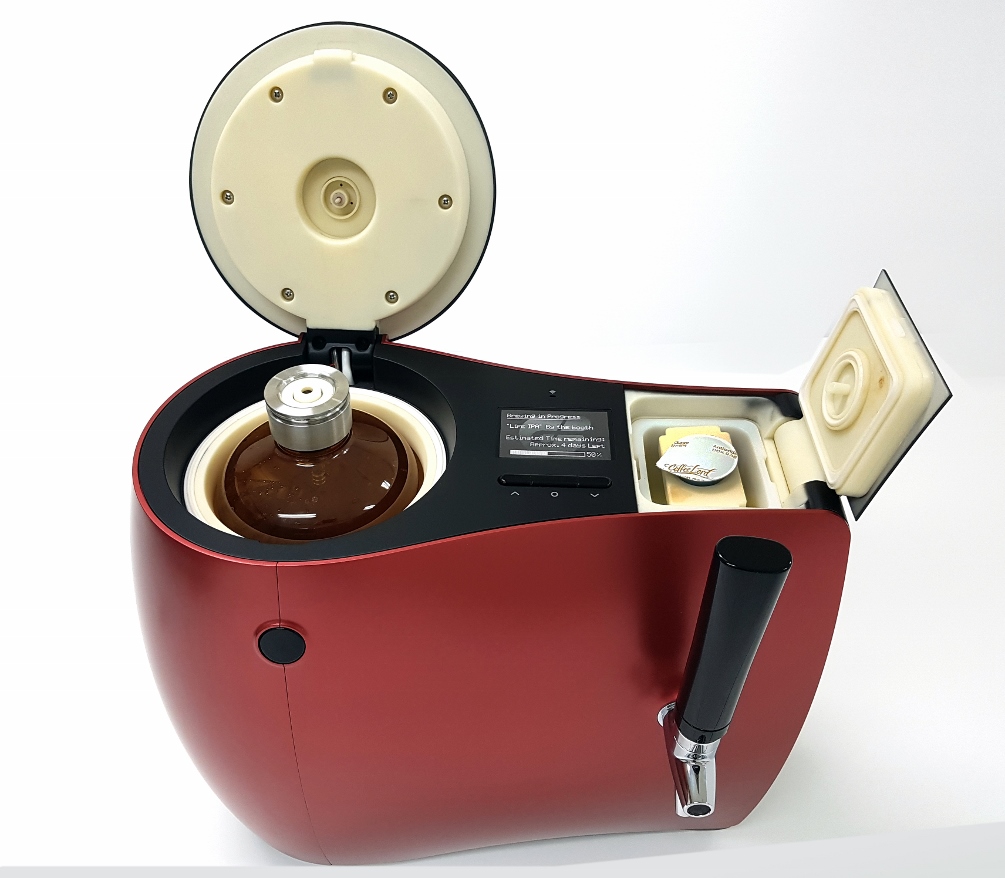 The machine displays readings of the beer’s temperature, pressure and specific gravity in case you want to make changes for a different outcome. Or you can just ignore it and be confident the beer will turn out great every time. If you love your beer, HOPii invites you to share your creation with the community online. After about seven days for most typical American ales, you can drink your fresh beer right from the HOPii. Pull the tap connected to the brewer and draw your own draft beer when it’s ready. You can dispense it right into a mug or bottle it for the long term. 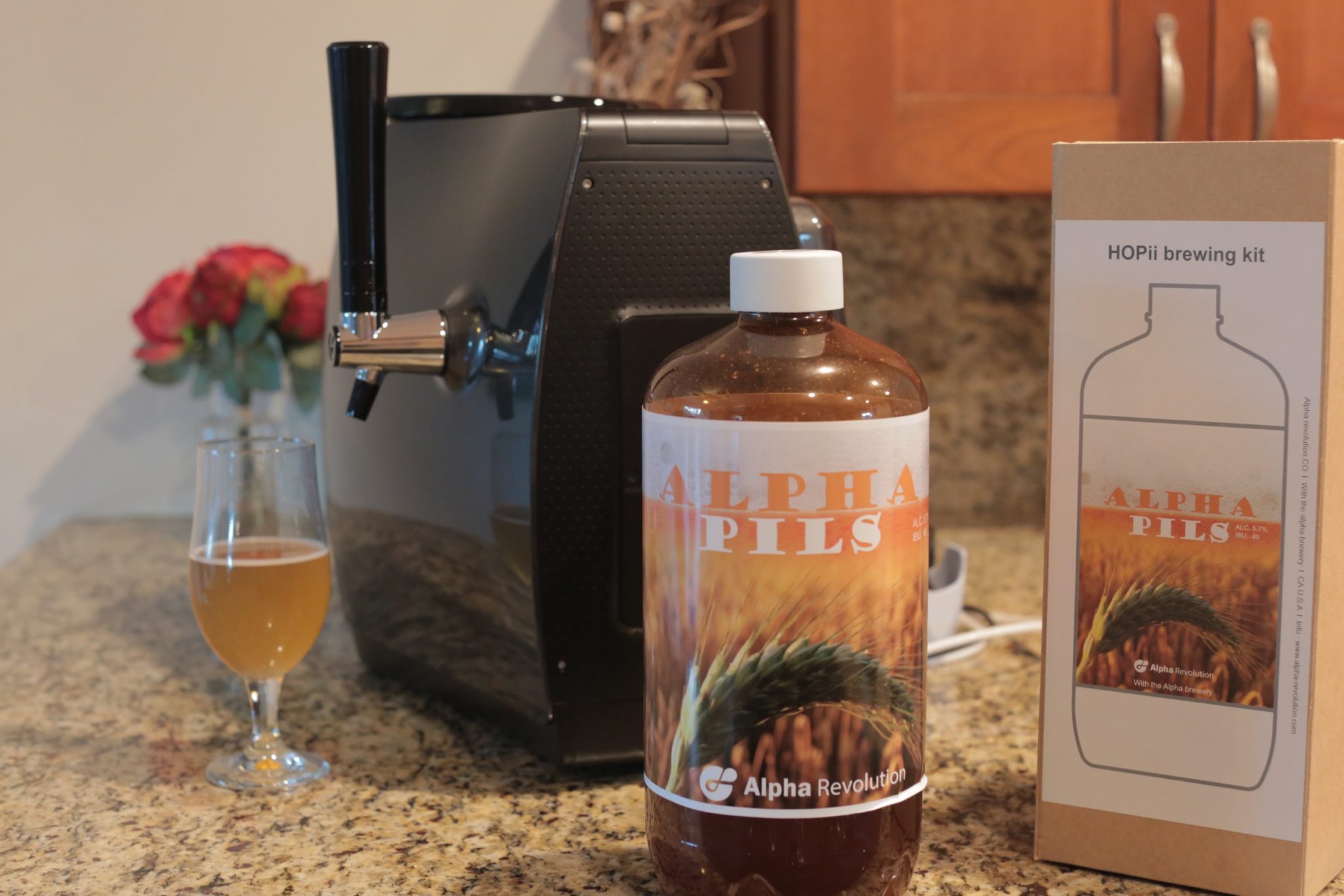 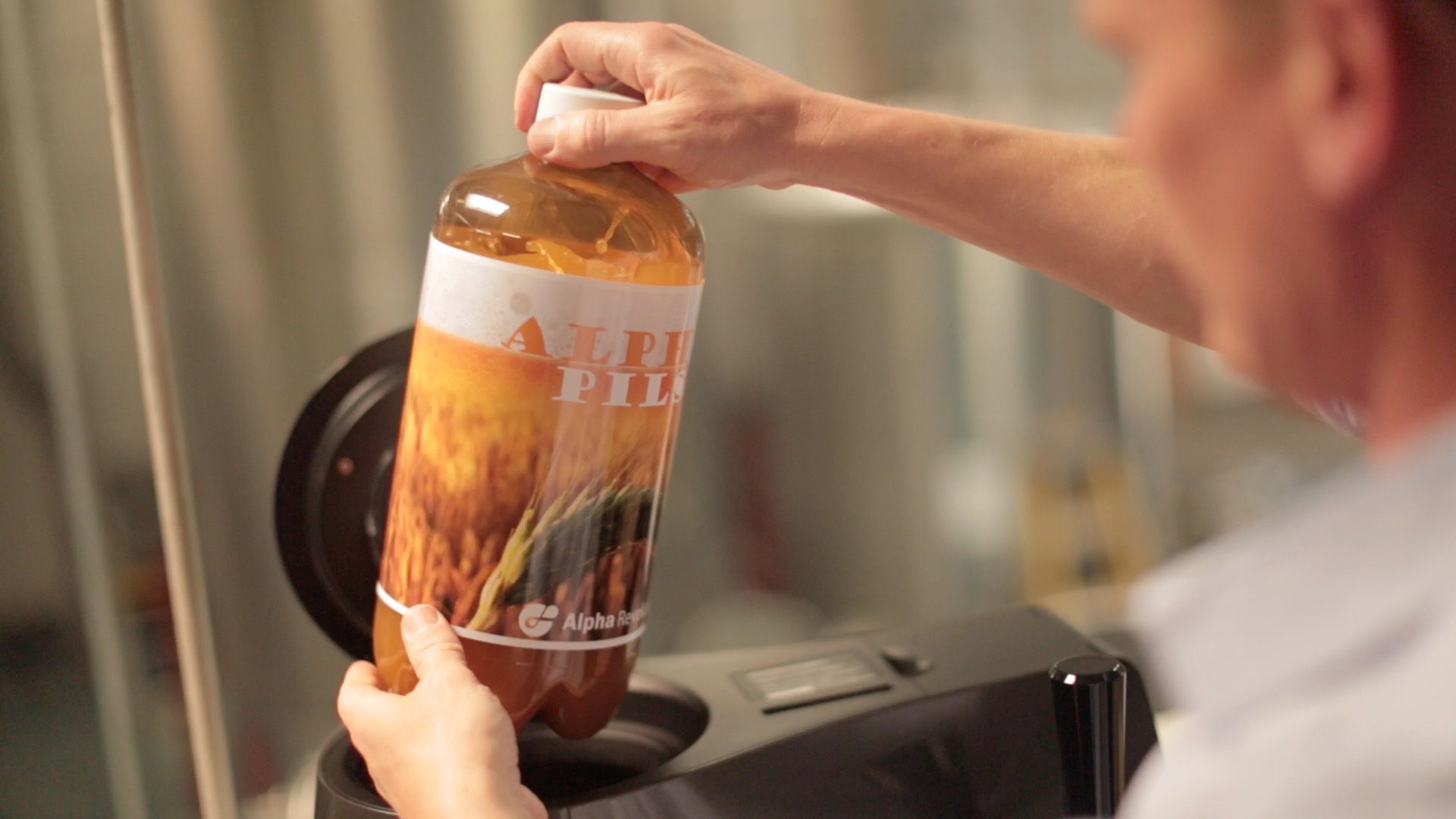 So this HOPii Microbrewery sounds great and, understandably, has taken Kickstarter by storm due to all the would-be beer makers wanting to get their hands of it but are there any downsides to owning one of these personal brewing systems? Well, no, probably not but, in the interests of fairness, we’ll have a stab. 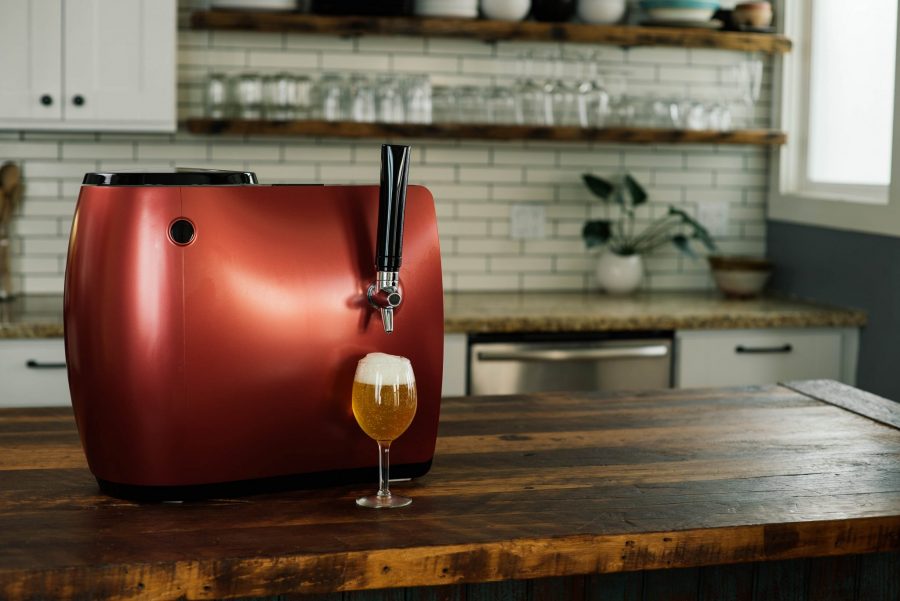 If you are contemplating making your own beer (and god knows you should be), HOPii will certainly make it easy for you. If you don’t use HOPii, you will be spending a lot of money anyway, and you won’t get the brewing ease HOPii offers. It’s just a matter of whether you want to spend $349 to get started. Weigh that against the cost of buying beer at the store and your desire to make it yourself. If you decide you do want to become your own master beer brewer, head on over to Kickstarter now. 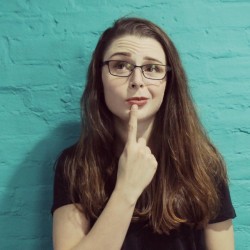 Kayla Matthews
Kayla Matthews is a technology and gadgets blogger and Senior Writer at MakeUseOf. To read more posts by Kayla, follow her on Twitter or at productivitybytes.com.