The whole process of building ships in bottles has always left us entirely perplexed here at Coolector HQ and whilst we know there is plenty of rhyme and reason to it, it still leaves us pretty amazed to this day. With that being said, you won’t be surprised to hear that when we came across a series of animated illustrations by Berlin based Rafael Varona celebrating the awesomeness of these constructs called Impossible Bottles, we sat up and took notice.

Varona’s Impossible Bottles series of illustrations is an ongoing series that aims to capture entire worlds within a small vessel as opposed to the traditional ship and the animated element to the illustrations just serves to bring them to life still further. As you would expert, this German based designer and illustrator was similarly influenced by the age-old ship in the bottle but wanted to give a modern twist to the tradition and this is something he has definitely accomplished with his collection of illustrations. Check out a few of our favourites below: 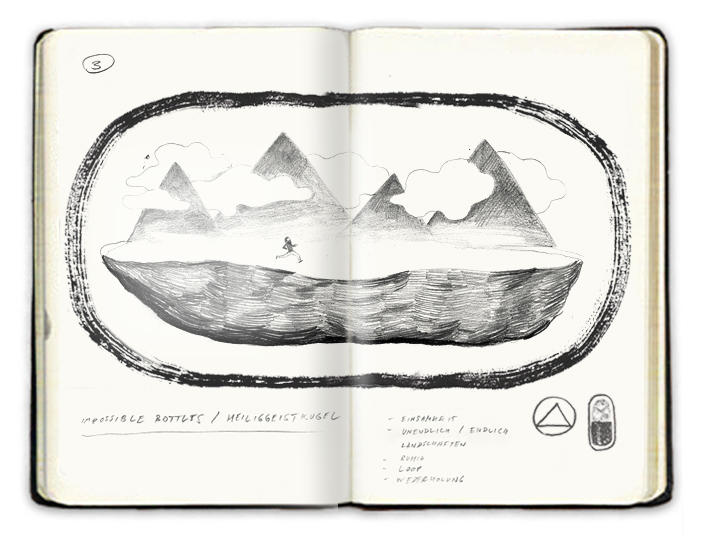 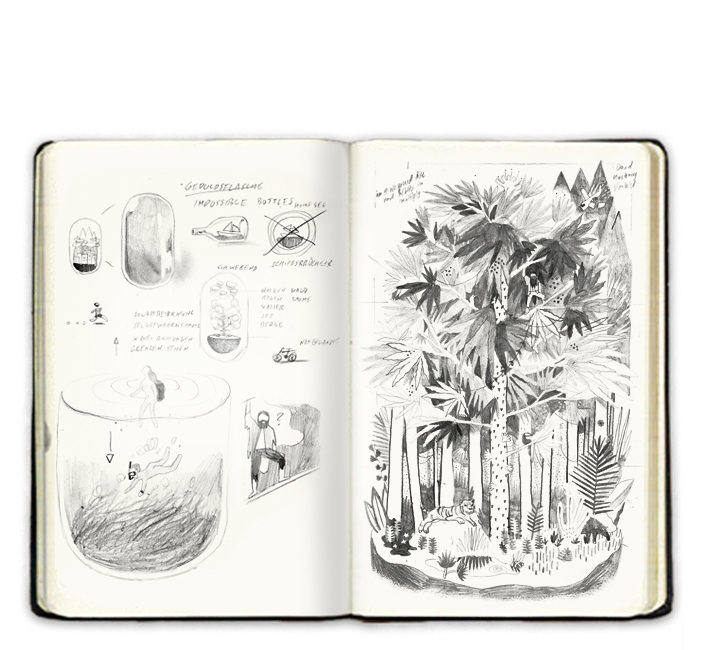 We’re loving how the bottles have been planned out first in notepad form and the finished product is mesmerising in the extreme. We’re big fans of illustrative projects of this nature here at Coolector HQ and can’t wait to see Varona add to his Impossible Bottles collection going forward.