There is something about dystopian style artwork that appeals to our sensibilities and we’d hitherto not seen many people doing it better than a regular on the pages of The Coolector, Simon Stalenhag, who really captured our imaginations but he know has a rival in the form of the wonderfully inventive, albeit unsettling, artwork of a talented fellow by the name of Jakub Rozalski.

Jakub Rozalski is a German artist who is new on our radar at Coolector HQ but who boasts a back catalogue of extraordinary work that is right up our street from an aesthetic point of view. Artistic mash-ups that expertly splice traditional style paintings with the jarring presence of future technologies is particularly engaging to us and it is a feat that has been accomplished supremely well by Rozalski in his collection of artworks that skilfully straddle the line of being at once recognisable and strangely otherworldly.

In Rozalski’s artwork, the majority take the form of landscape paintings in a regular setting but with the striking and bold addition of seemingly invading mechanised robots and the end result is somewhat jaw-dropping. Check out a few of our favourite pieces from Rozalski below: 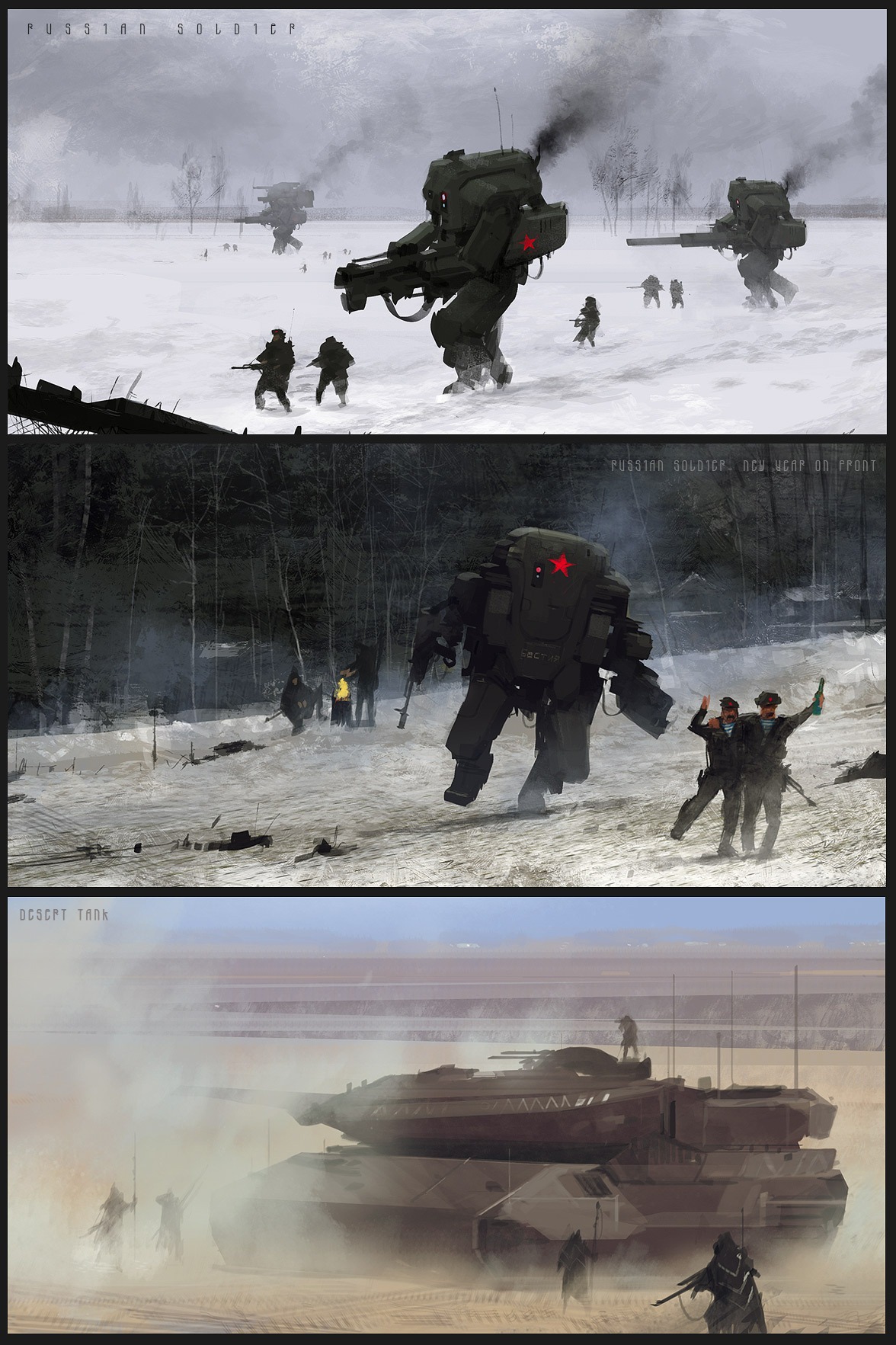 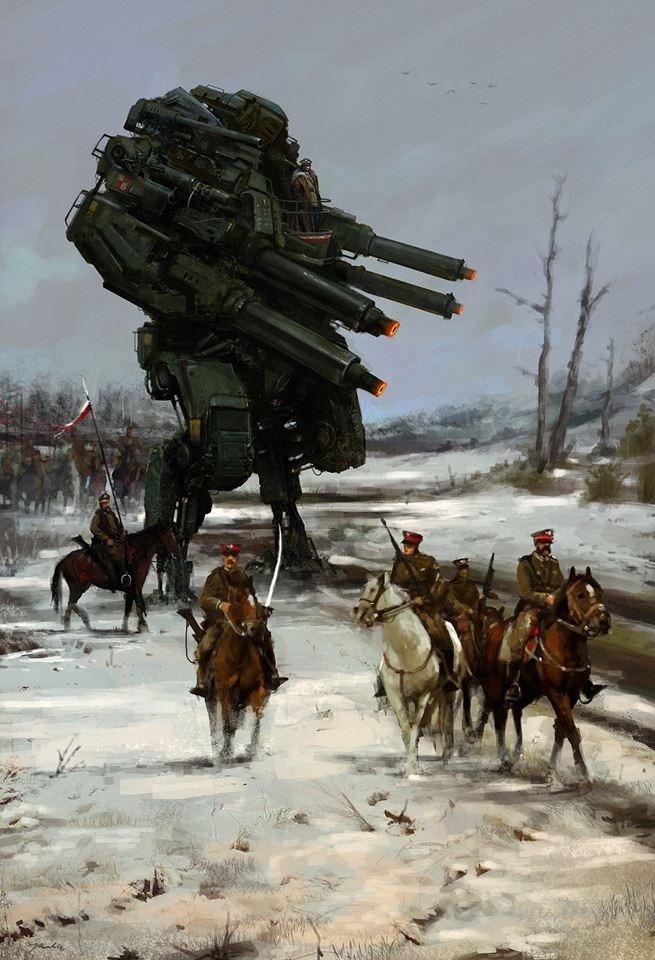 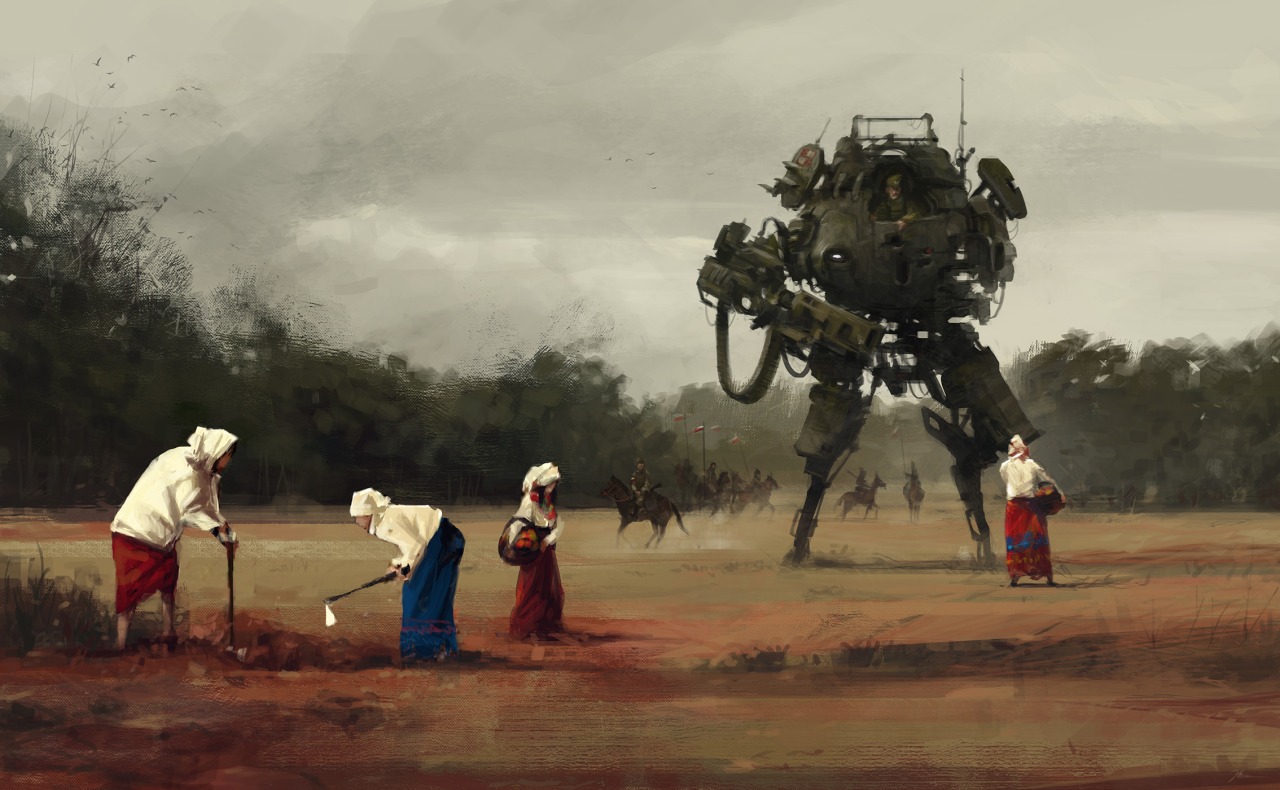 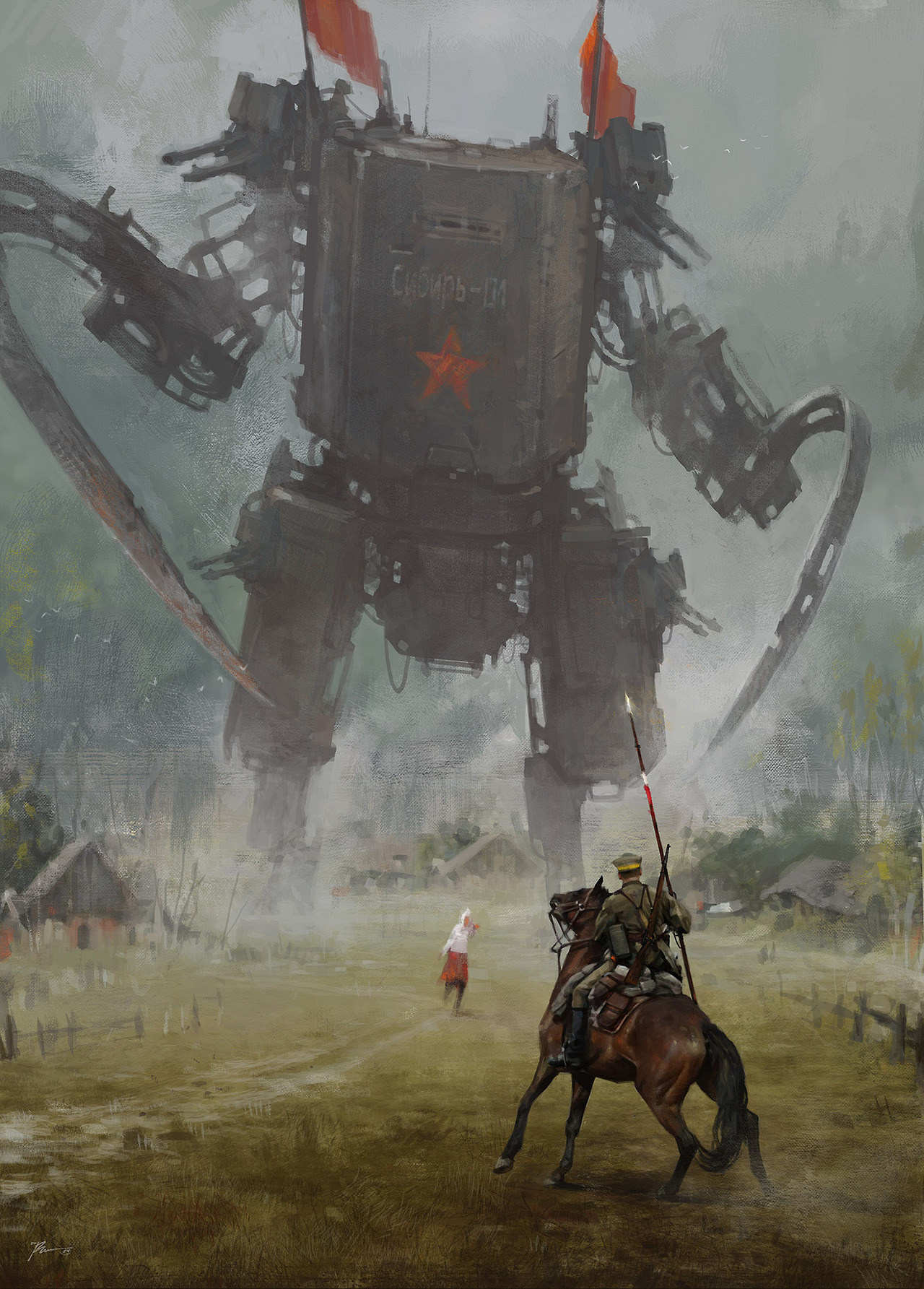 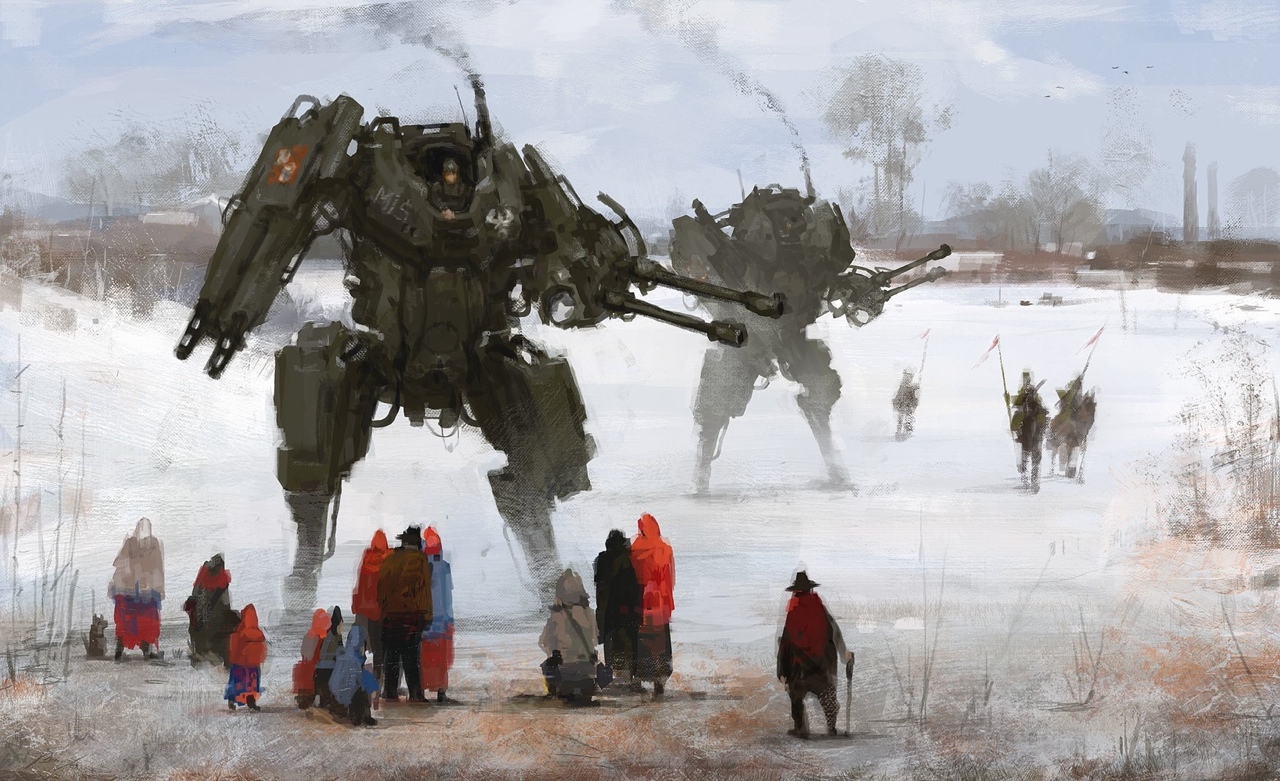 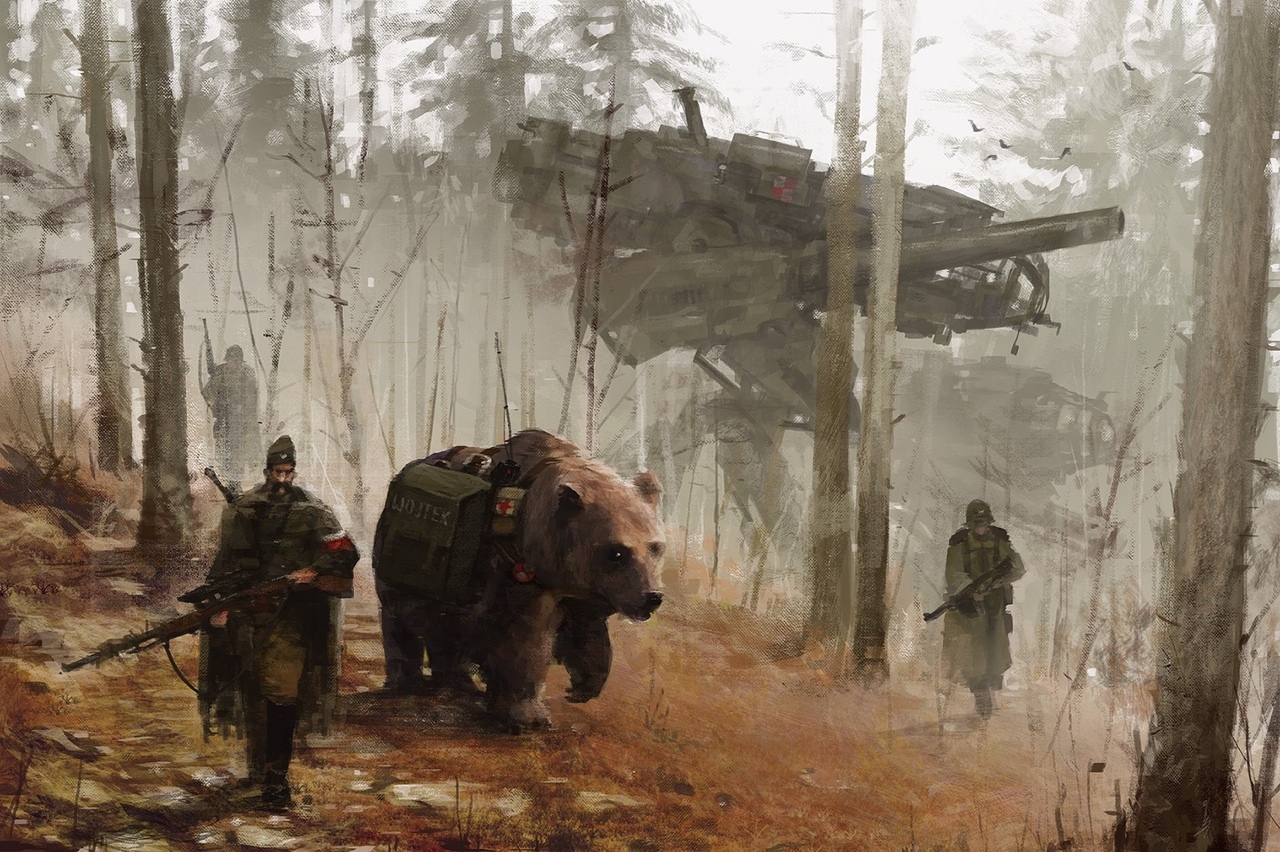 It is the believability and bleakness of Rozalski’s artwork which really makes it stand out from the crowd and the fantastically talented artist is regularly adding to his collection of paintings so if you like what you see, you should head to his Tumblr page which is consistently updating. By combining seemingly 1920s style photos with something out of science fiction, Rozalski is able to create a body of work that will engage on many levels and there is no doubting the immeasurable skill this German artist has at his fingertips.