Given the amount of time we spend on the hunt for awesome architecture here at Coolector HQ, we perhaps shouldn’t be surprised when we come across it so often but, it’s fair to say, this brilliant looking King Bill House from Austin Maynard Architects has really caught our eye with its effortlessly quirky design and stunning use of space. Designed as a forever home, this amazing property is filled to the brim with brilliant design ideas, both inside and out. 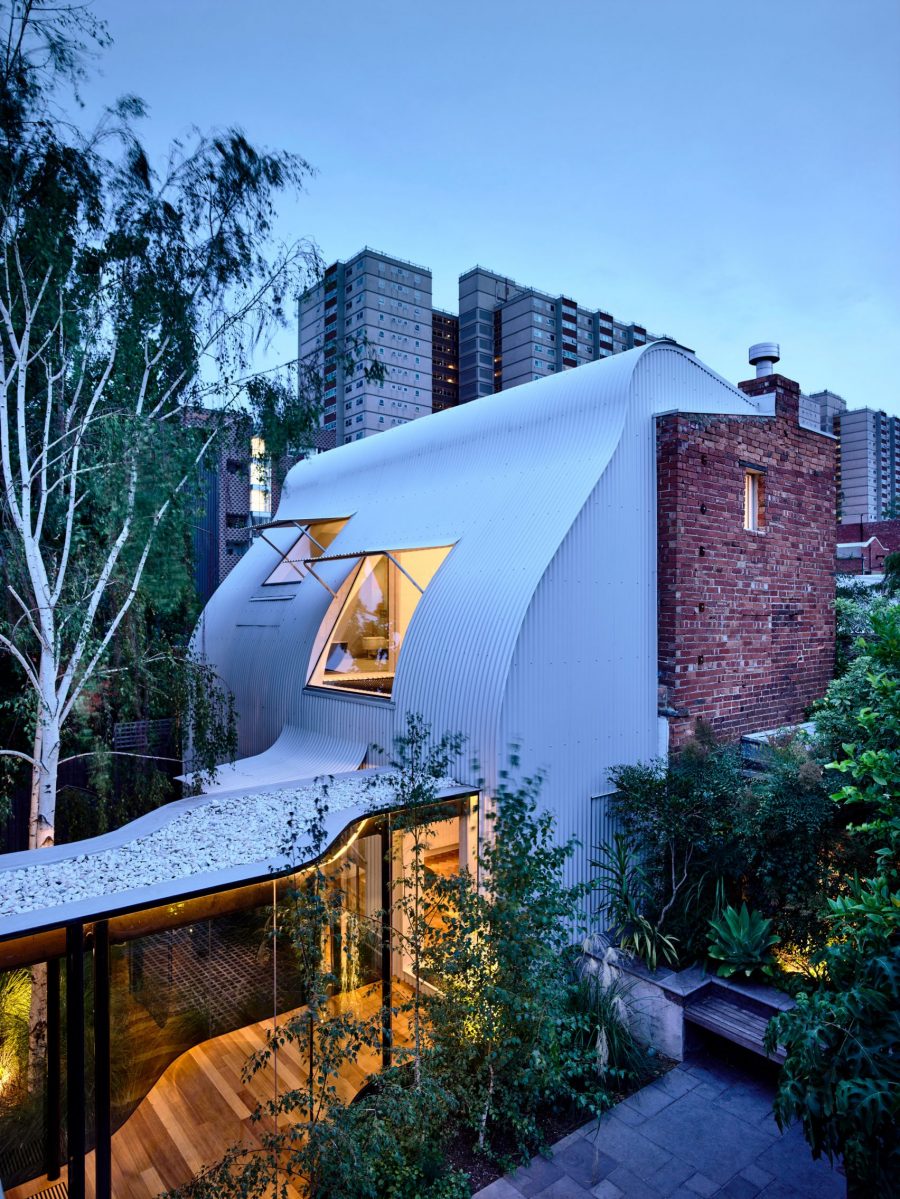 The King Bill House from Austin Maynard Architects is located in the Melbourne suburb of Fitzroy in Australia and it is boasts a converted stable and so-called “pocket park” as part of its overall design and this provides for a visual impact quite unlike anything else we’ve seen here at The Coolector. It has been built for a family of four, by completely overhauling a run-down horse stable and building a curved extension whilst also planting a new garden to finish off the stunning aesthetics.

Designed by Melbourne based architects Austin Maynard, the King Bill House truly is a sight to behold and the objective of the project was to extend the house onto a neighbouring and previously separate plot, and, in doing so, make use of the old horse stables found at the rear. It was also suggested that a “pocket park” be incorporated into the design and, having seen the end results, it’s hard to argue with that request. 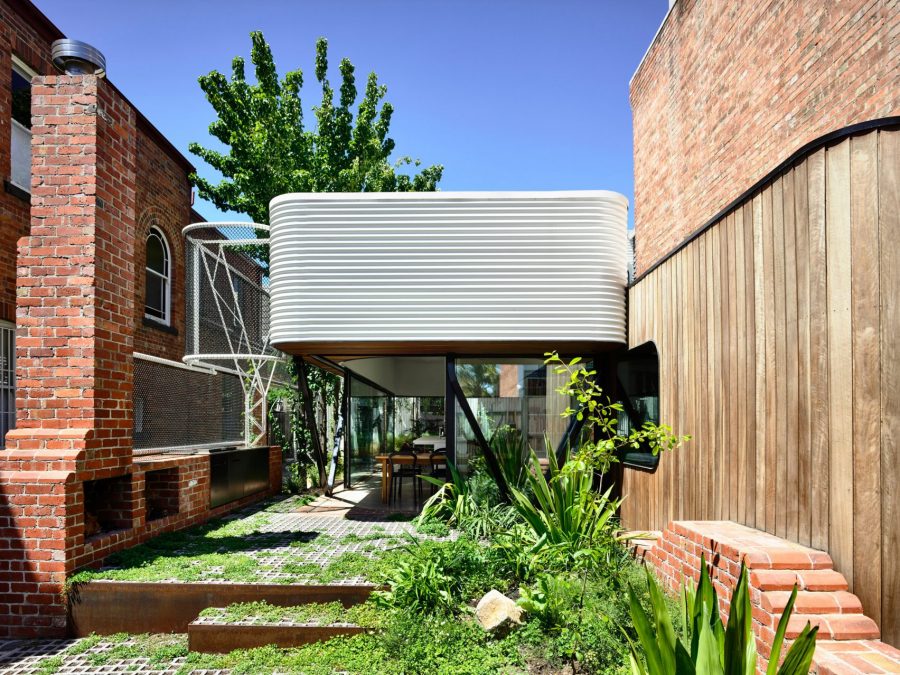 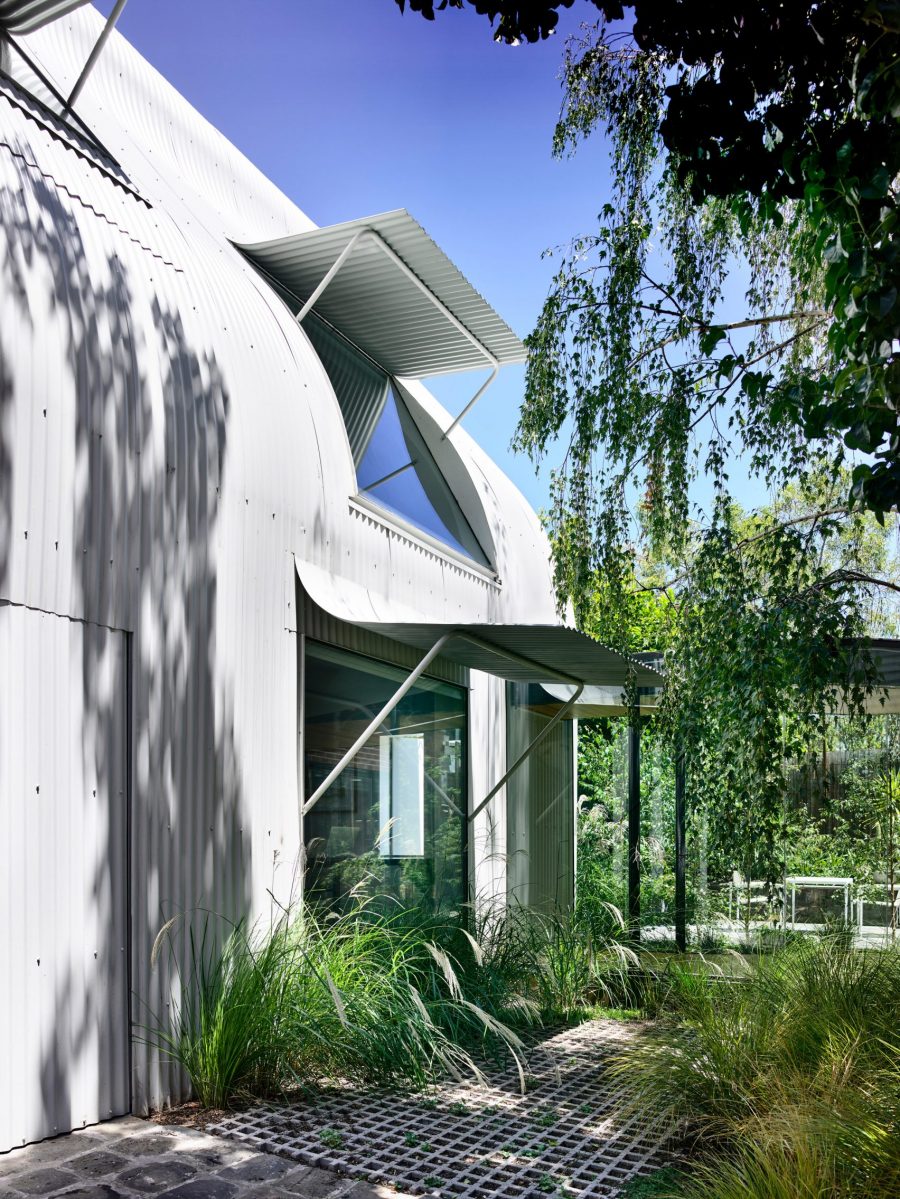 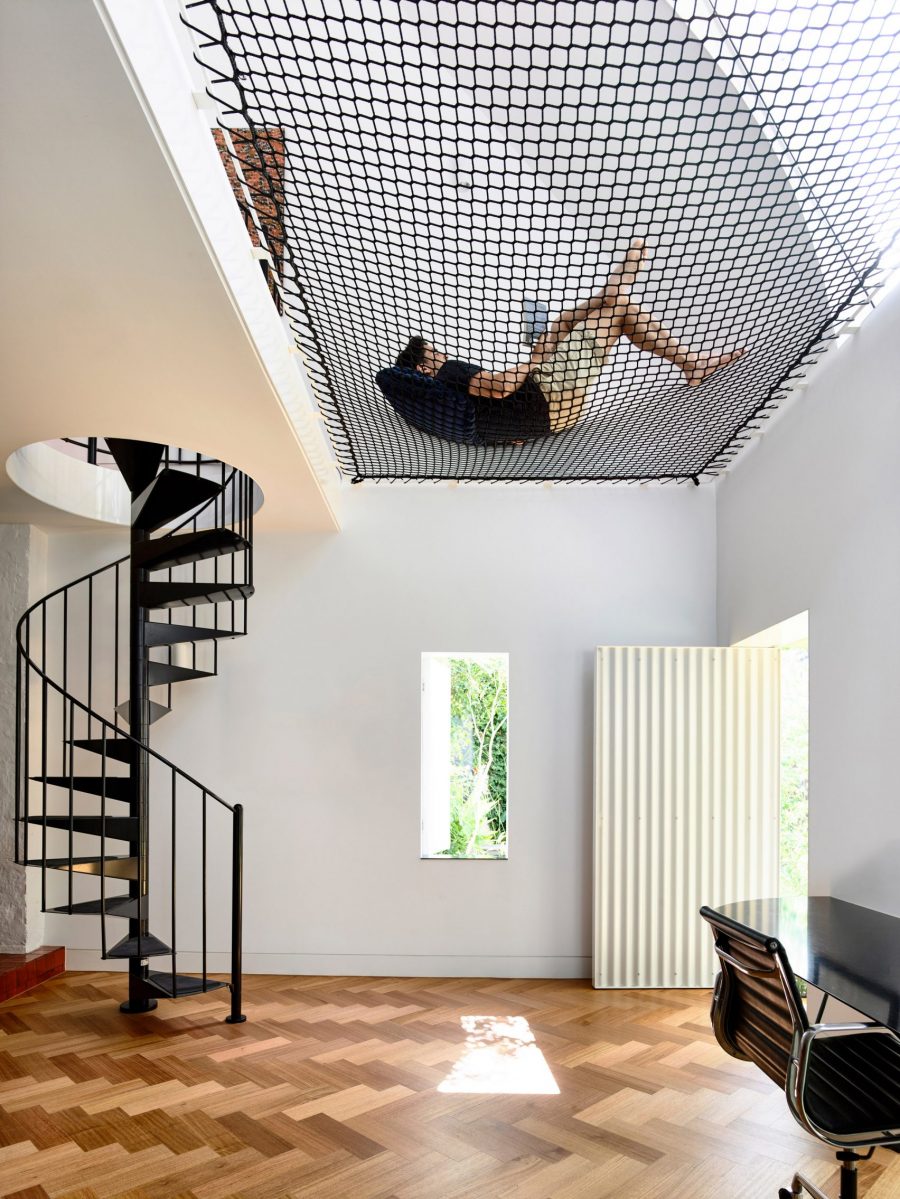 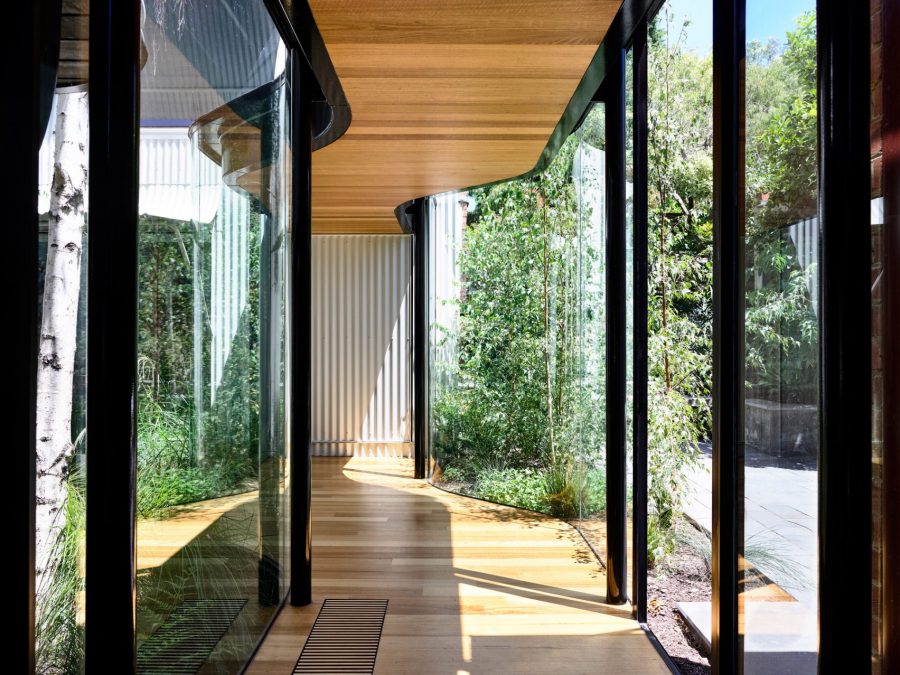 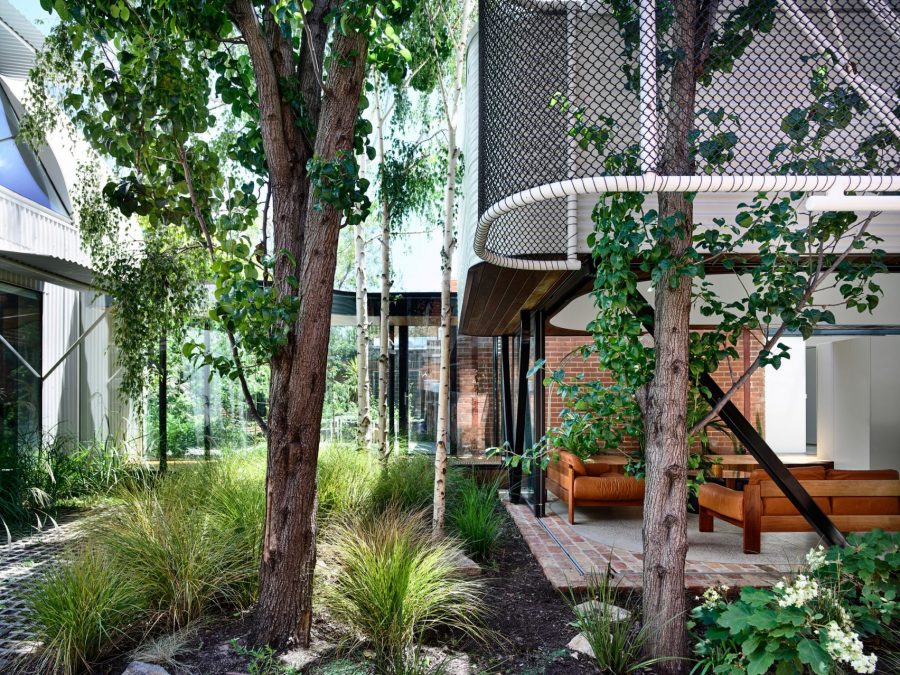 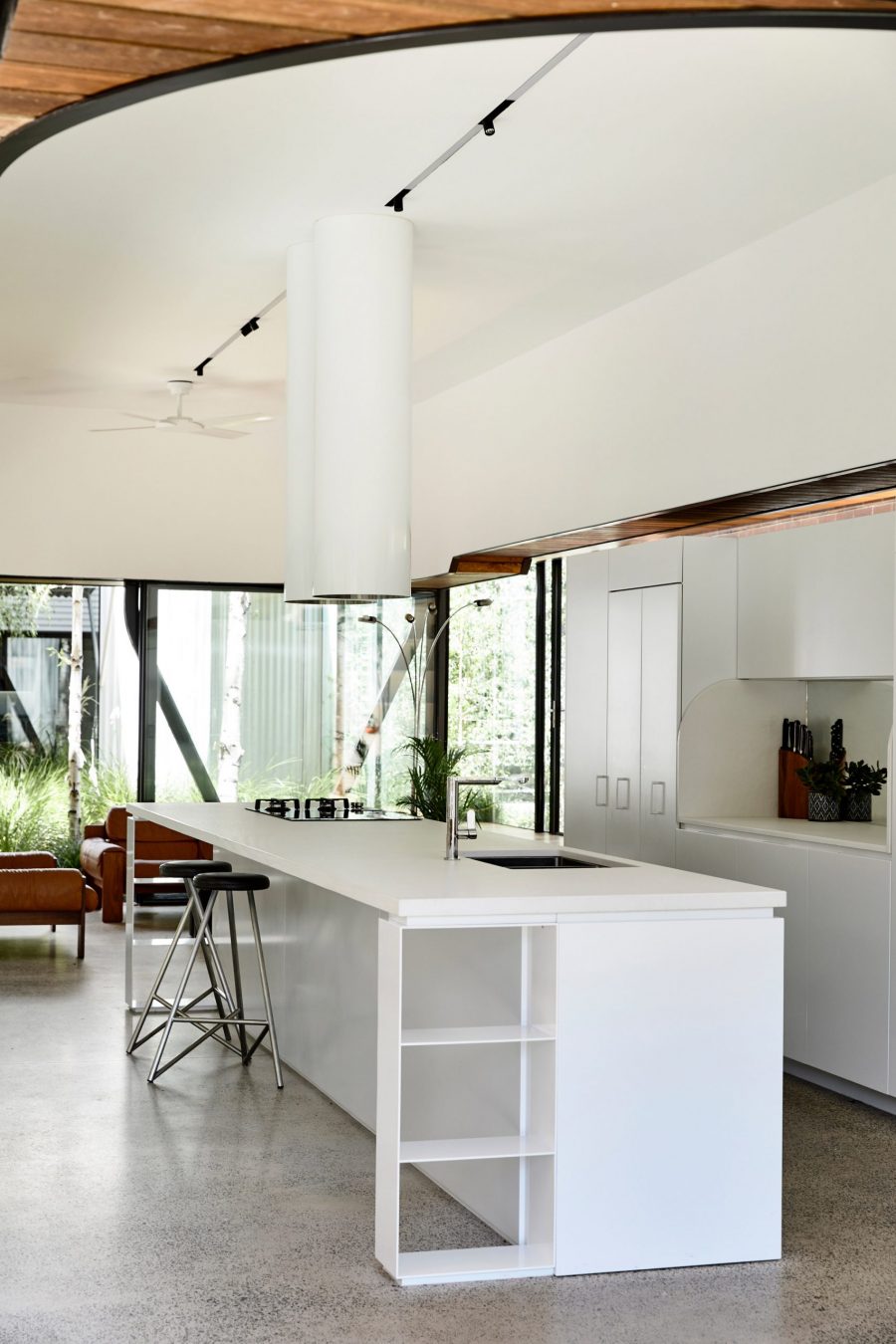 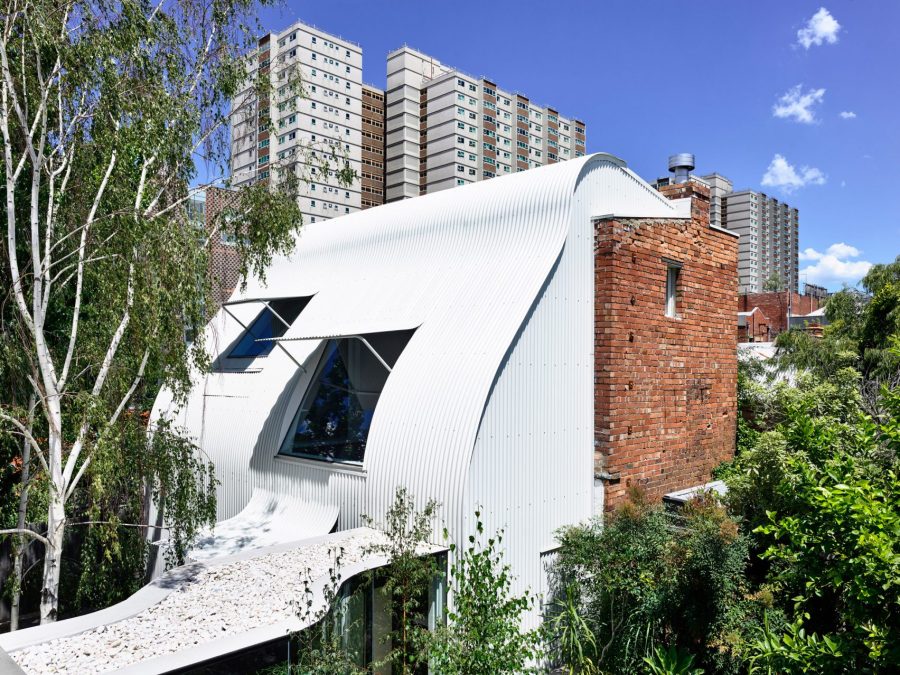 The stables which formed one of the principle building blocks of the King Bill House were in a state of complete ruin but new life has been breathed back into them with this incredibly ambitious architectural triumph. The brick walls, timber framework and original fireplaces of the stables had to be completely restored given their dilapidation and the exterior was then given a new curvy facade, which used corrugated panels made from Zincalume – which is basically steel coated with a zinc-aluminium alloy and delivers an engaging aesthetic to the property. 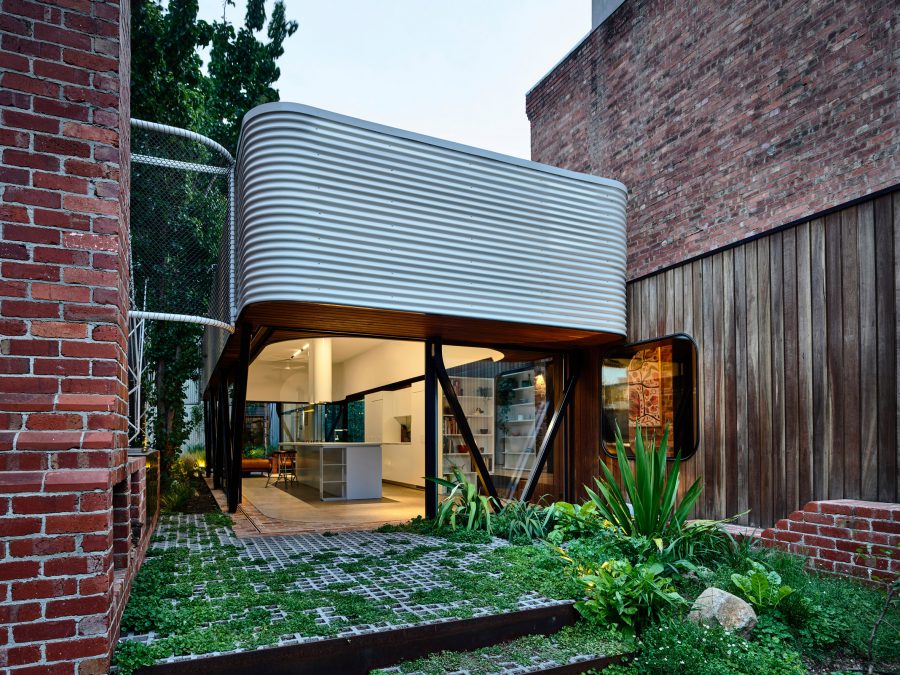 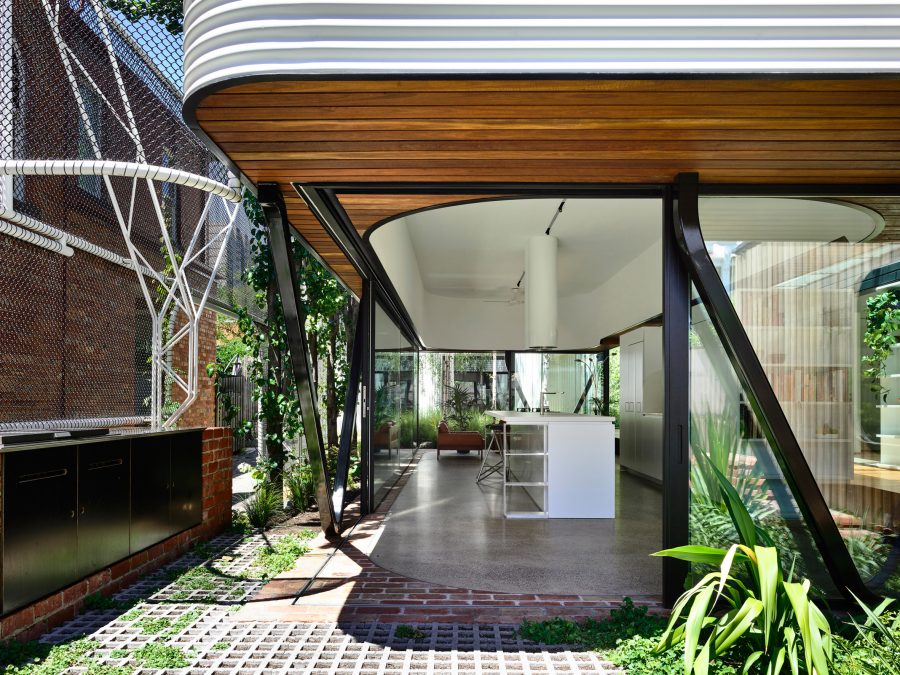 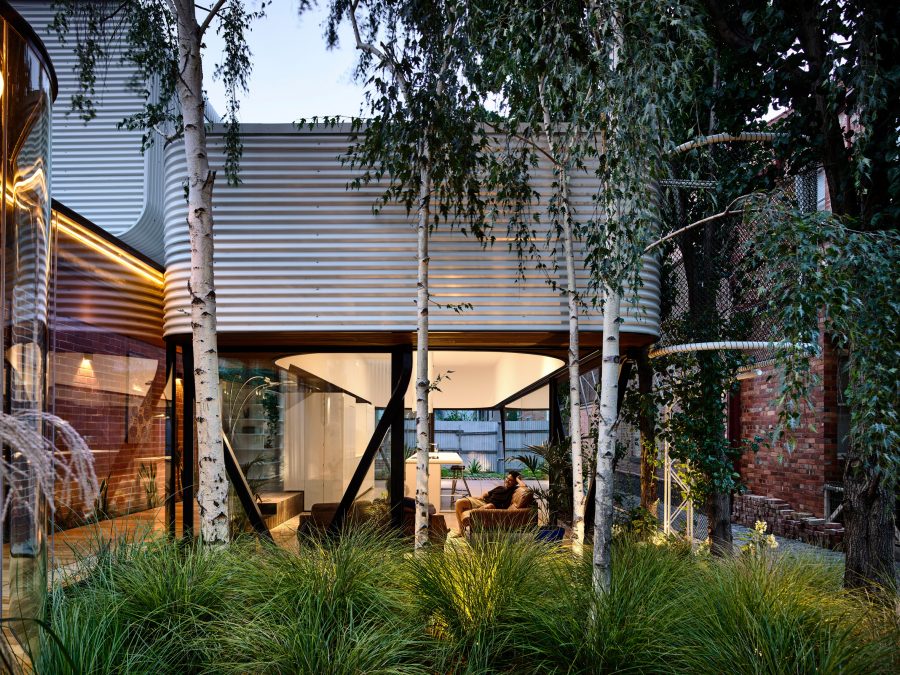 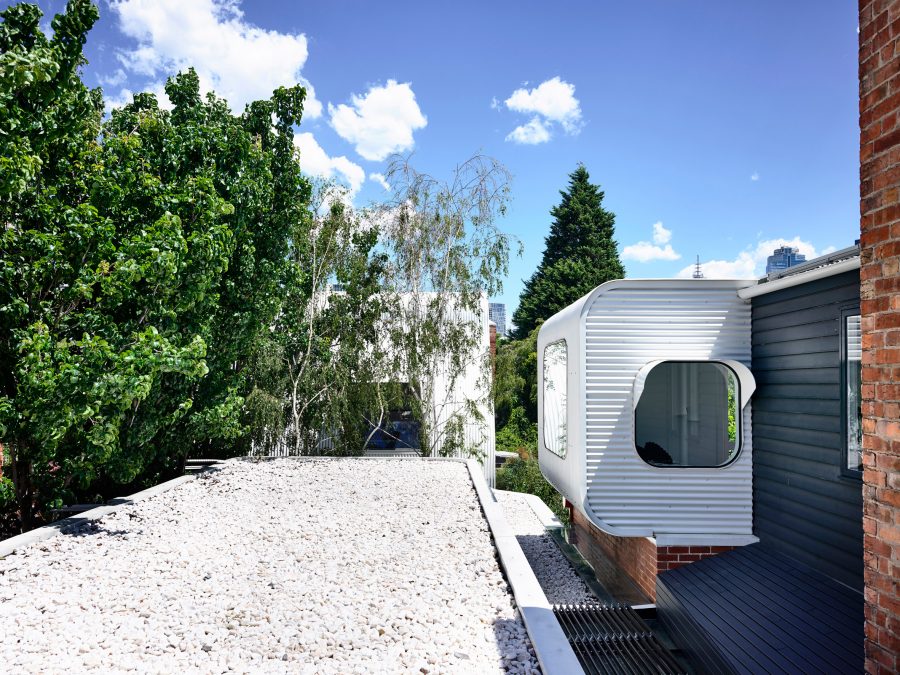 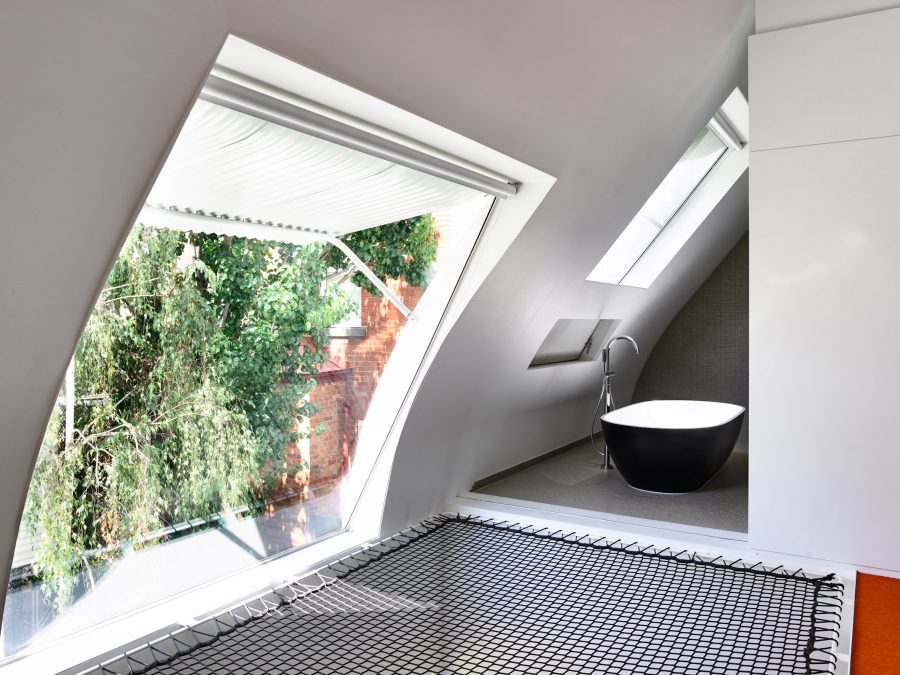 Clever use of living space with the King Bill House finds a two-storey block which is home to a study on its ground floor, while upstairs you’ll find a master bedroom and bathroom suite. One of the stand out design features of the whole property is the netted platform which projects out from the bathroom to offer inhabitants a space to relax and unwind in absolute comfort. This is the sort of quirky, innovative design feature that helps to set the King Bill House apart.

The outside of the property is perhaps just as measuring as the insides with the King Bill House as the garden is shaded by mature pear and silver birch trees, and boasts an extensive selection of attractive plants. Austin Maynard were incredibly careful when positioning the building’s structure to make sure it didn’t damage any of the tree roots in the garden. This verdant outdoor space truly does offer a zone of relaxation and serenity that adds immeasurably to the appeal of the home as a whole. 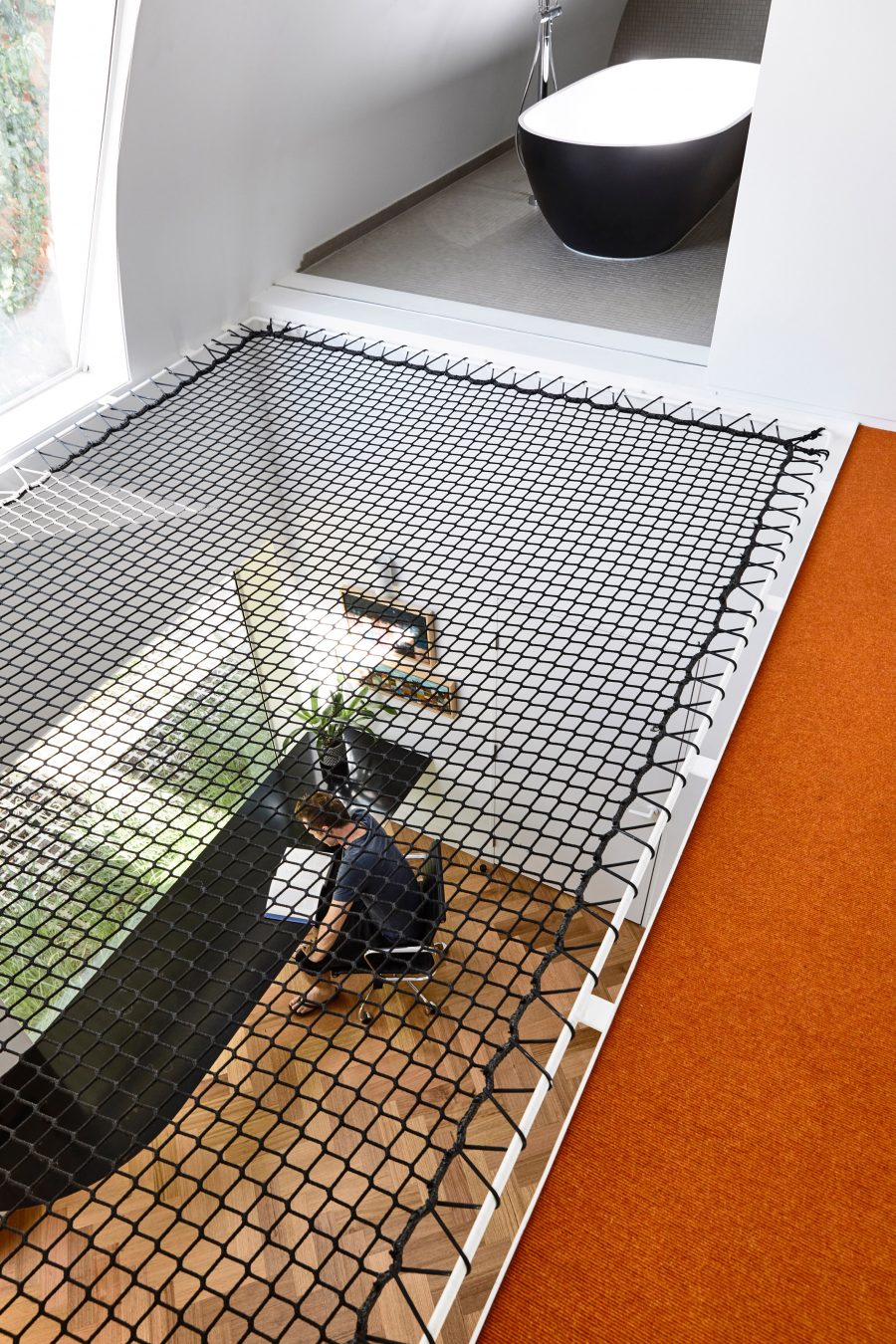 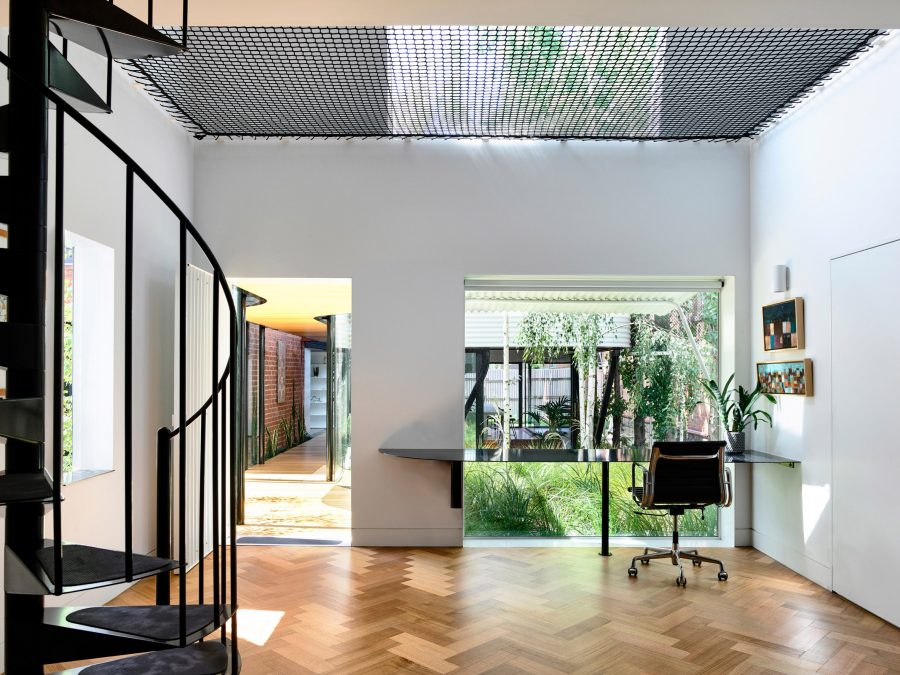 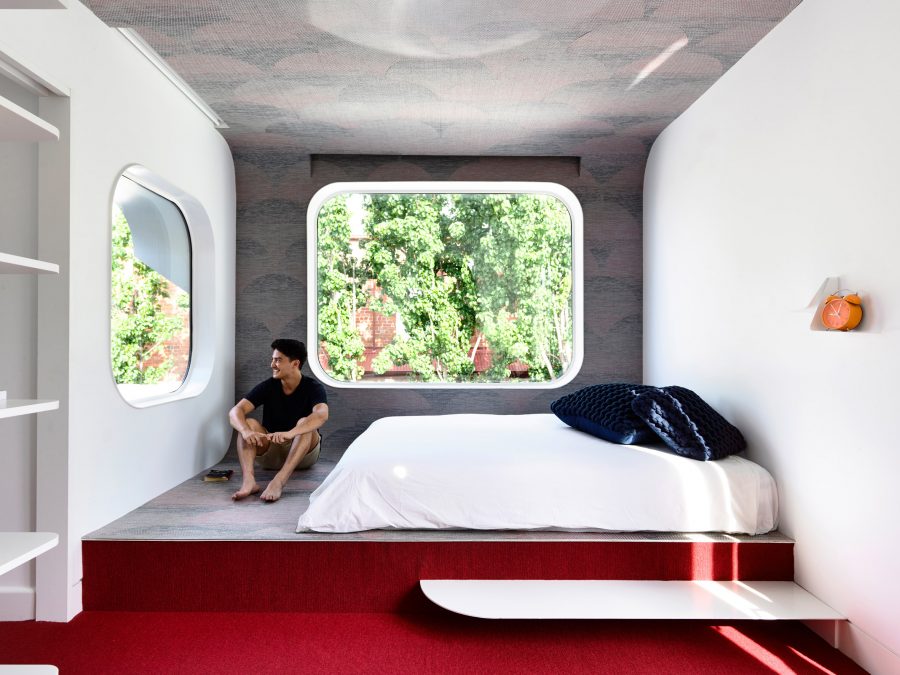 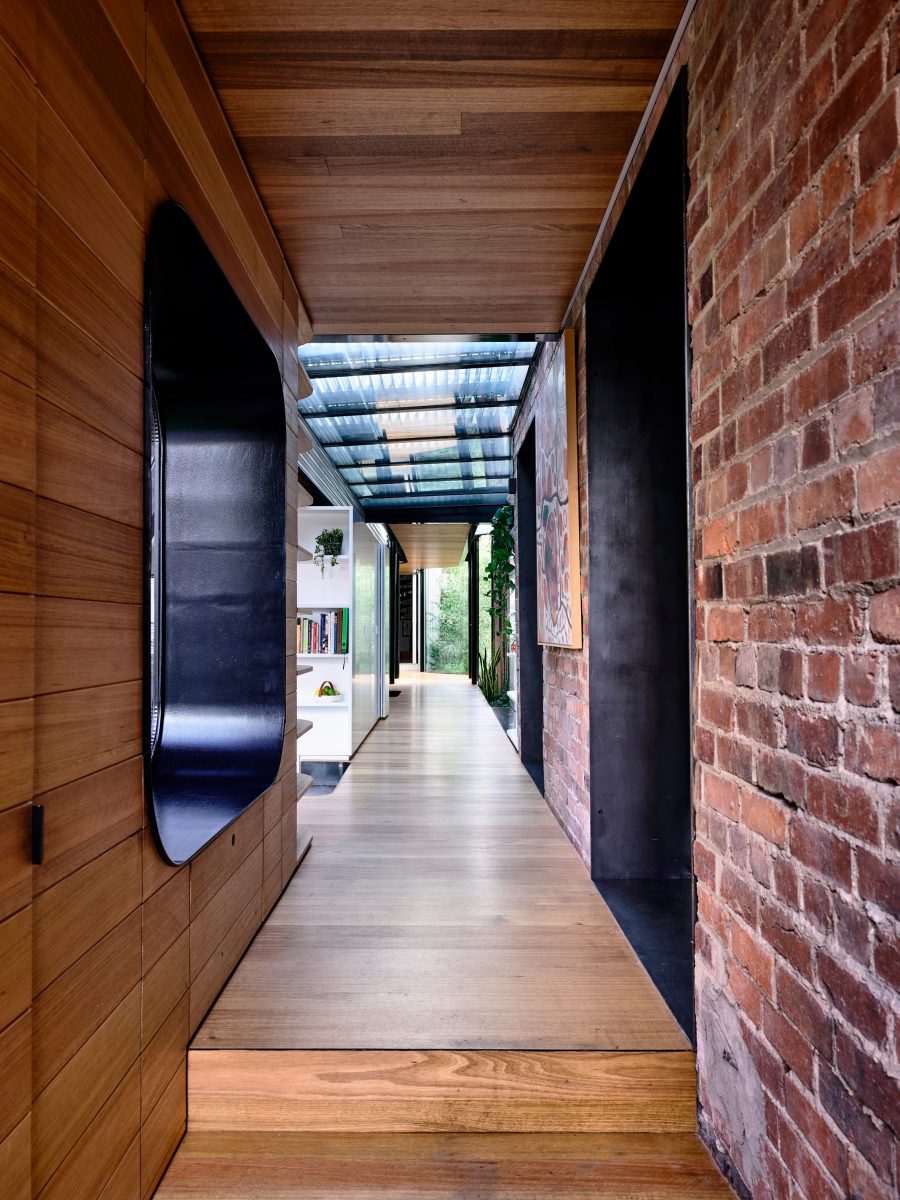 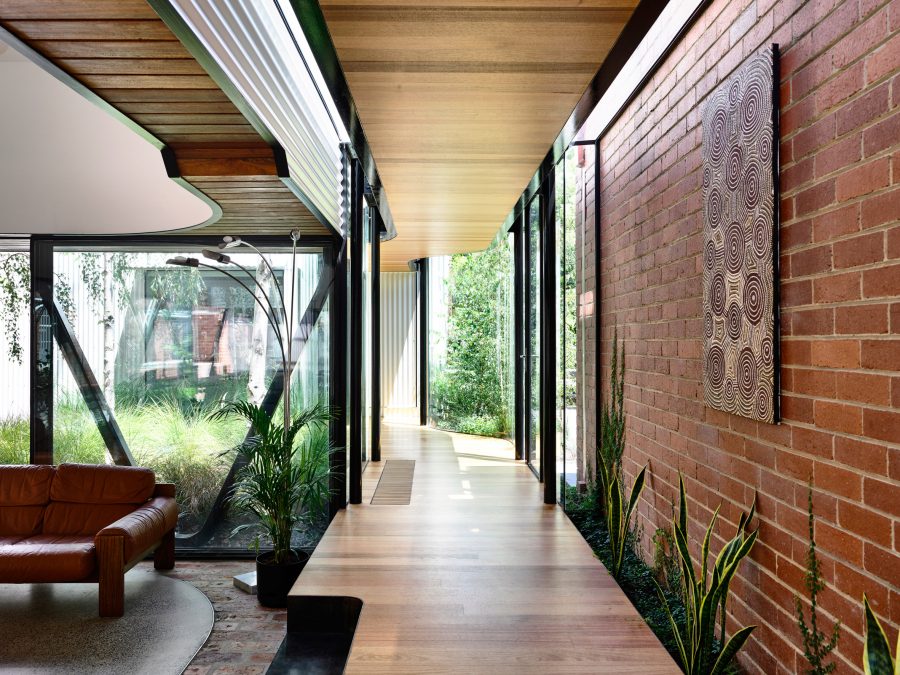 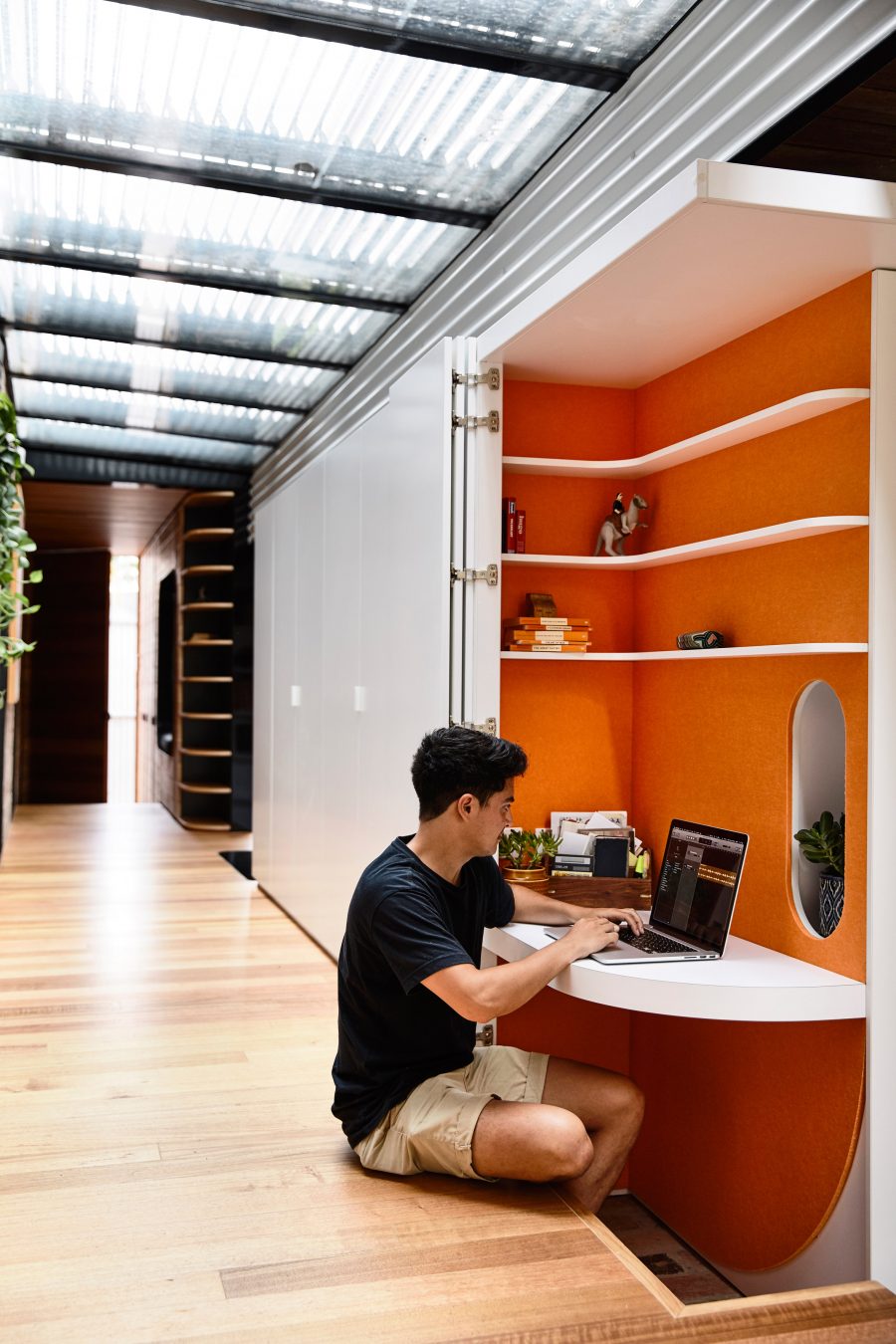 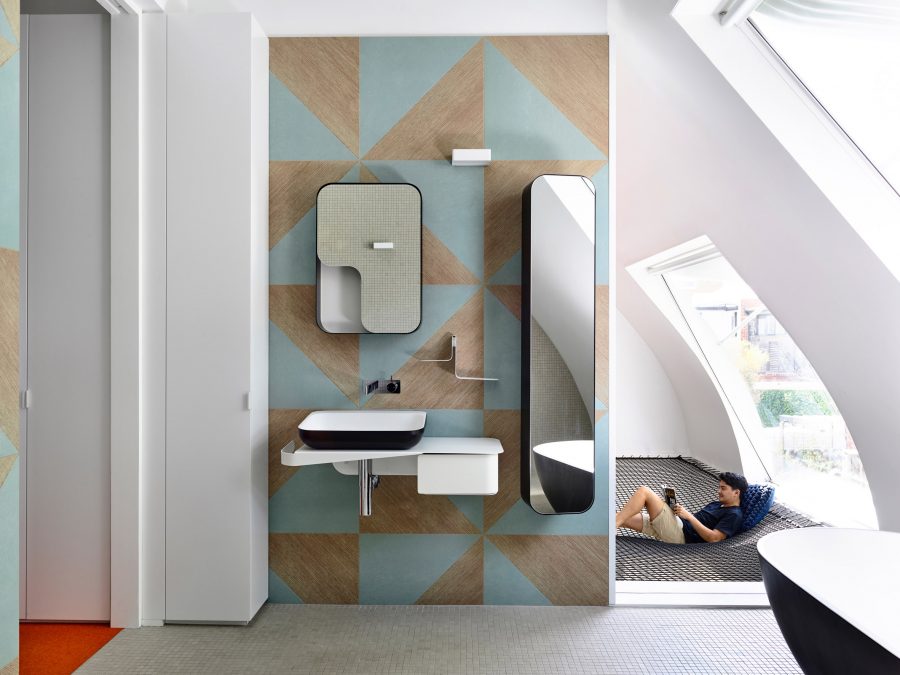 Bespoke fixtures and furniture are found throughout the interior of the King Bill House and we’re loving the minimalistic vibes that it has here at Coolector HQ. Undoubtedly one of the most architectural designs we’ve seen so far in 2018 but, equally, probably one of our favourites as well.

Written By
Leo Davie
More from Leo Davie
Though we only recently talked about Artifox here at Coolector HQ, they’ve...
Read More