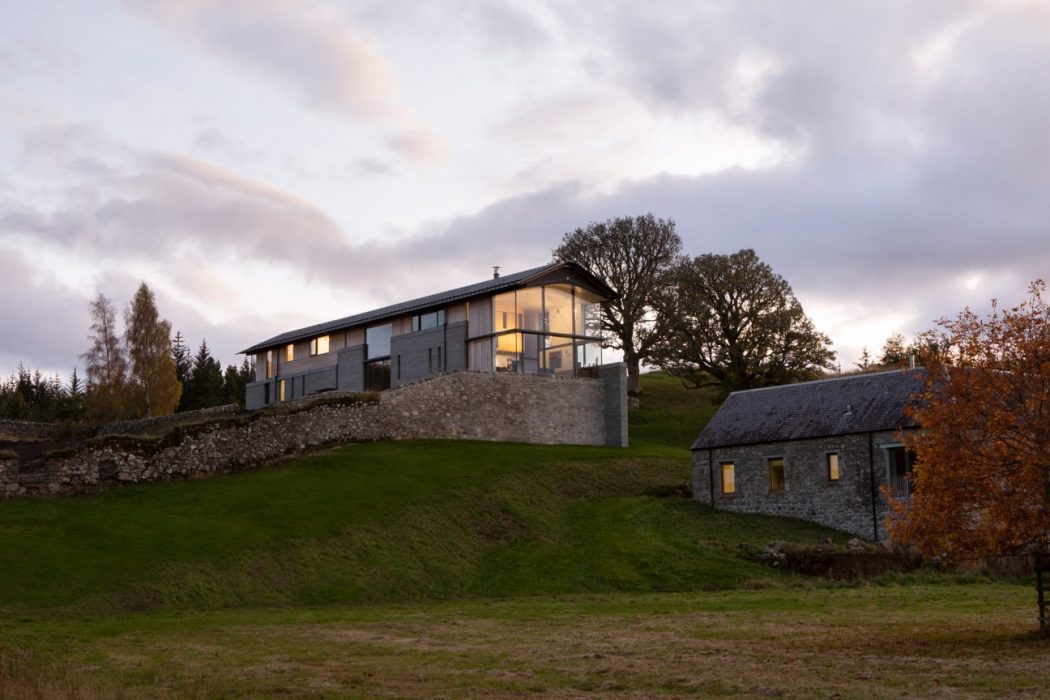 The Scottish Highlands has some of the most mesmerising landscapes in Britain and the glorious looking Loch Tummel House from WT Architecture is positioned to make the most of some of their finest. As the name suggest, this beautiful residential property is located on the banks of Loch Tummel and has some amazing design flourishes throughout that set it apart from the competition.

Partially buried within the landscape, the three-storey Loch Tummel House from WT Architecture emerges from a ruined walled garden to directly face the spectacular loch. According to the architects behind the build, it was designed to enhance the surrounding scenic landscape, rather than hide within it and, from what we can see here at Coolector HQ, it’s mission well and truly accomplished.

You’re unlikely to find many homes with a more picturesque backdrop than Loch Tummel House and it was built to replace a white Victorian farmhouse that was on the plot previously. The architects behind Loch Tummel House took it upon themselves to complete a walled garden that was reportedly abandoned unfinished as the builders left to fight in the Jacobite rising in 1745.

With Loch Tummel House from WT Architecture, older drystone walls have been integrated with rebuilt ones using salvaged stonework, intersecting with the more refined surfaces of freshly quarried Caithness walls. This delivers an unparalleled visual impact and ensures this magnificent residential property fits in effortlessly with its ancient surroundings despite its contemporary aesthetics.

Framed views of the Loch are the main draw of the central dining hall, but it is not until you reach the glazed living space at the north end of the house that the full panorama across the loch is showcased and it is breathtaking to say the least. The architects behind Loch Tummel House wanted to create a home that offered a space to revel in the sublime grandeur of the surrounding landscape, as well as more understated, quieter spaces of refuge and contemplation. A majestic piece of modern architecture. 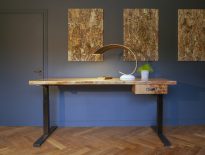 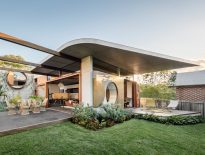