For fans of Jurassic Park and the reign of the dinosaurs, you’ll likely be only too aware of the important role that resin played in furthering our understanding of this ancient period in time where monsters roamed the earth. Well, Mercedes Benz have certainly taken their inspiration from the Jurassic period with this amazing “Stronger Than Time” design project which has seen one of their amazing 1979 G-Class machines suspended in amber.

The Mercedes Benz “Stronger Than Time” Project is a spectacular installation which has been painstaking devised for the world premiere of the new G-Class in Detroit. This amazing undertaking has seen the renowned car manufacturer use the world’s largest installation of synthetic resin to draw attention to the world premiere of the new G-Class on 14 January 2018 at the North American International Auto Show (NAIAS) in Detroit. An incredible idea, expertly executed.

It’s always amazing to see how amber has perfectly reserved creatures millions of years old heralding from the Jurassic Period and that’s the inspiration behind this “Stronger Than Time” campaign from Mercedes Benz. This humongous amber-coloured cube which consists of 44.4 tonnes of synthetic resin can be found in the the entrance to Cobo Hall, the NAIAS exhibition hall in Detroit. Housed within the display is a G-Class Mercedes from the first production year, 1979 and its a nod to the wonderful heritage of the car making brand. 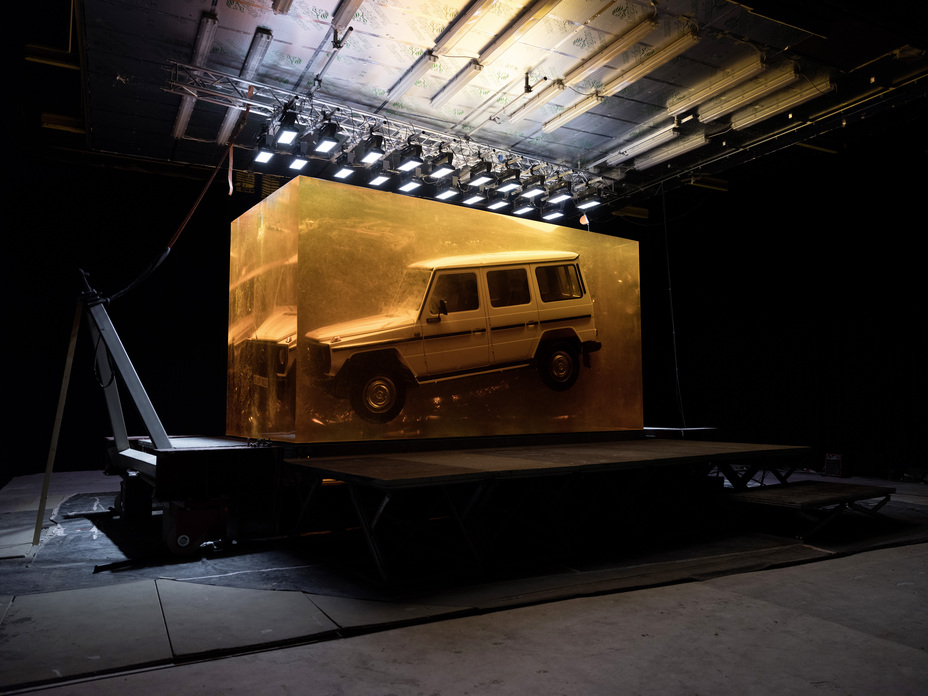 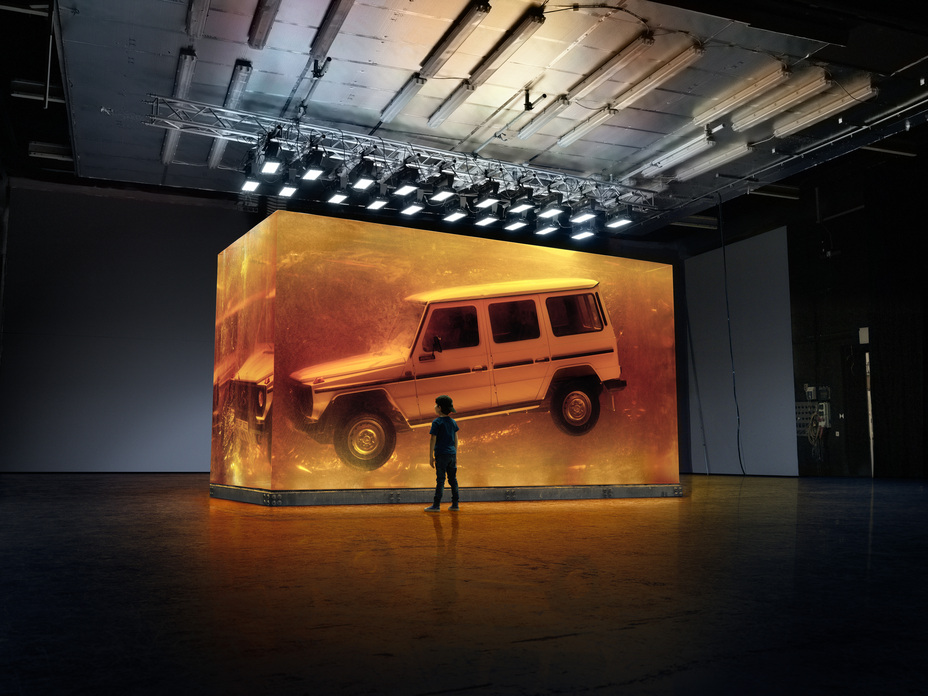 The “Stronger than Time” installation from Mercedes Benz symbolises the timelessness of this miraculous off-road contraption and makes a knowing nod to the natural phenomenon of insects which have been put in the time capsule of amber over the course of millions of years. The 280 GE Mercedes from over 30 years ago has been enclosed in square block in a dynamic and eye-catching position to add to its aesthetic impact no end and give it the frozen in time look and feel. 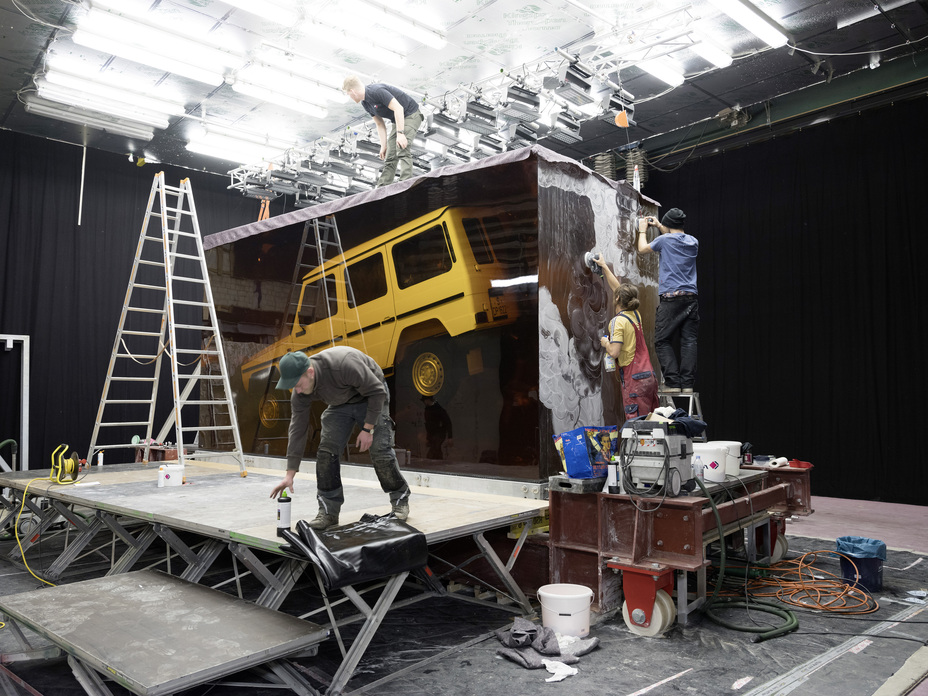 This clever piece of design and creativity gives the impression that it has been engulfed by synthetic resin mid-stream when taking part in some off-road adventure, this vehicle’s natural habitat, and captured – in the same way insects were by amber millions of years ago. Measuring 5.50 metres long, 2.55 metres wide and 3.10 metres high, this was no small undertaking on the behalf of Mercedes Benz and it’s stunning to see the attention to detail that went into completing this engaging project.

The 1979 G-Class from Mercedes Benz is a breathtaking machine, hence why it was chosen for this first rate campaign and for those of you with a love of this German car manufacturer, you’re sure to be impressed with this visually arresting project to celebrate the launch of their latest contraption. Taking 90 days to make from 44.4 tonnes of synthetic resin, with each passing day seeing block grow by around three centimetres in height, you’ll not see many other car brands put so much thought and effort in to promoting a launch than this. 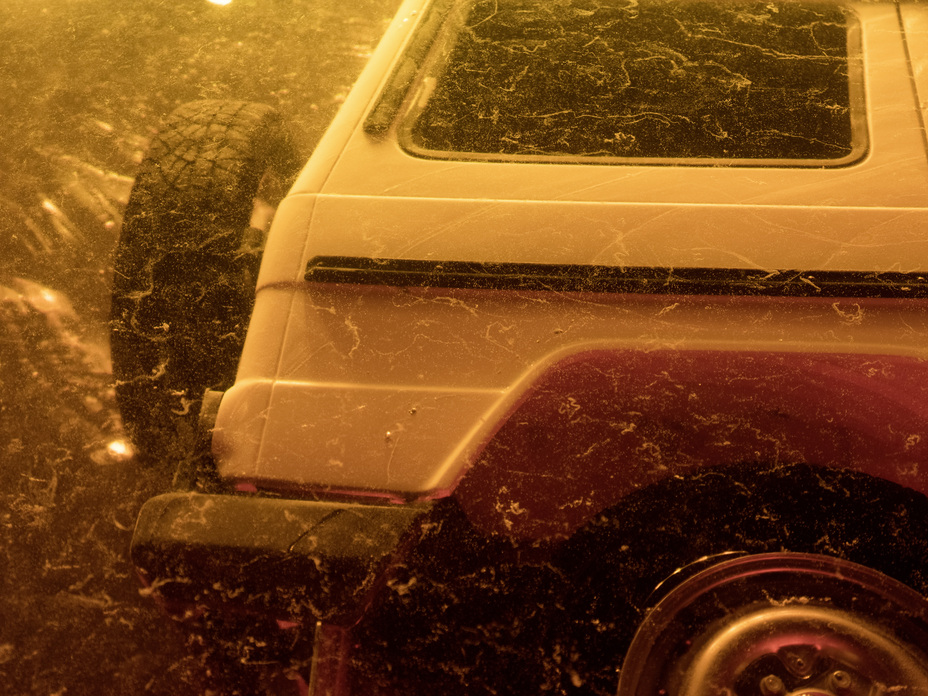 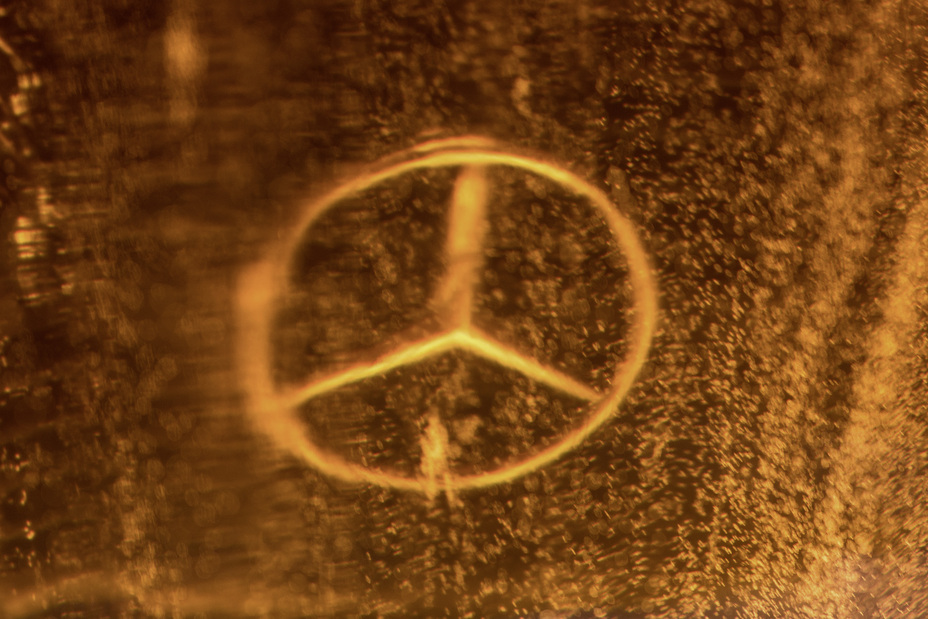 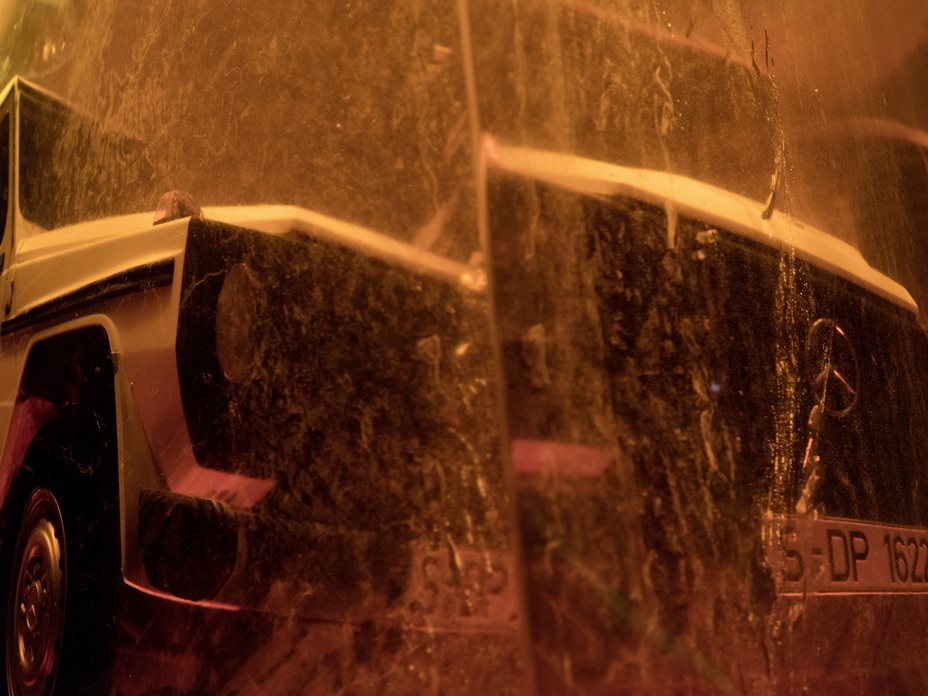 Following the completion of the car show in Detroit the cuboid will then be moved on to be on display in other markets where the new G-Class will be hitting the roads and, if you’re anything like us with a love of the Jurassic period, you’re sure to want to get down there and check out this rather impressive feat of design and ingenuity.