Carrying a flask around with us isn’t something that we do with great regularity here at Coolector HQ but this could perhaps because we’ve yet to encounter one quite as awesome as the MGCO Ceramic Flask above which, let’s face it, will make you the Don Draper of the office when you start quaffing scotch from it at lunchtime.

MGCO (or Miscellaneous Goods Co if you’d rather) are a Kentucky based purveyor of general awesomeness which came into being after a down on his luck graphic designer called Tyler Deeb decided to create a deck of cards for a Kickstarter campaign and the success of which went through the roof to such an extent that he was able to create his own company and, with that, the Miscellaneous Goods Company was born. And we here at Coolector HQ are mightily thankful for the success of the talented chap’s Kickstarter campaign because, without it, we wouldn’t have been introduced to this fantastic ceramic flask.

The MGCO Ceramic Flask is a rather striking vessel, vintage in appearance and impeccable in design. It is crafted from quarter inch ceramic slip cast and boasts some pretty dashing leather embellishments to complete the visual appeal nicely. The leathers used come in two different colours – one vegetable tanned and the other oil tanned – and we here at The Coolector have seldom encountered an object we’re so inclined to carry about our person. Check out a few more shots of the first rate boozing accessory below: 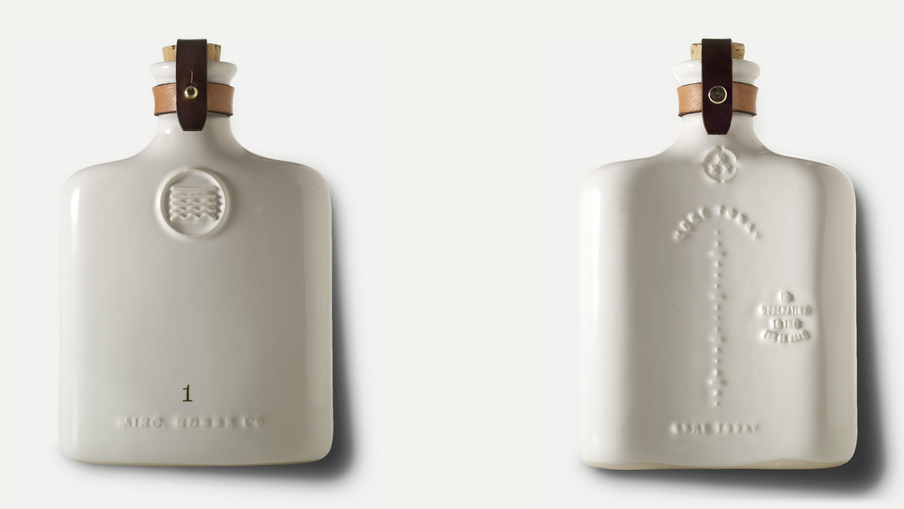 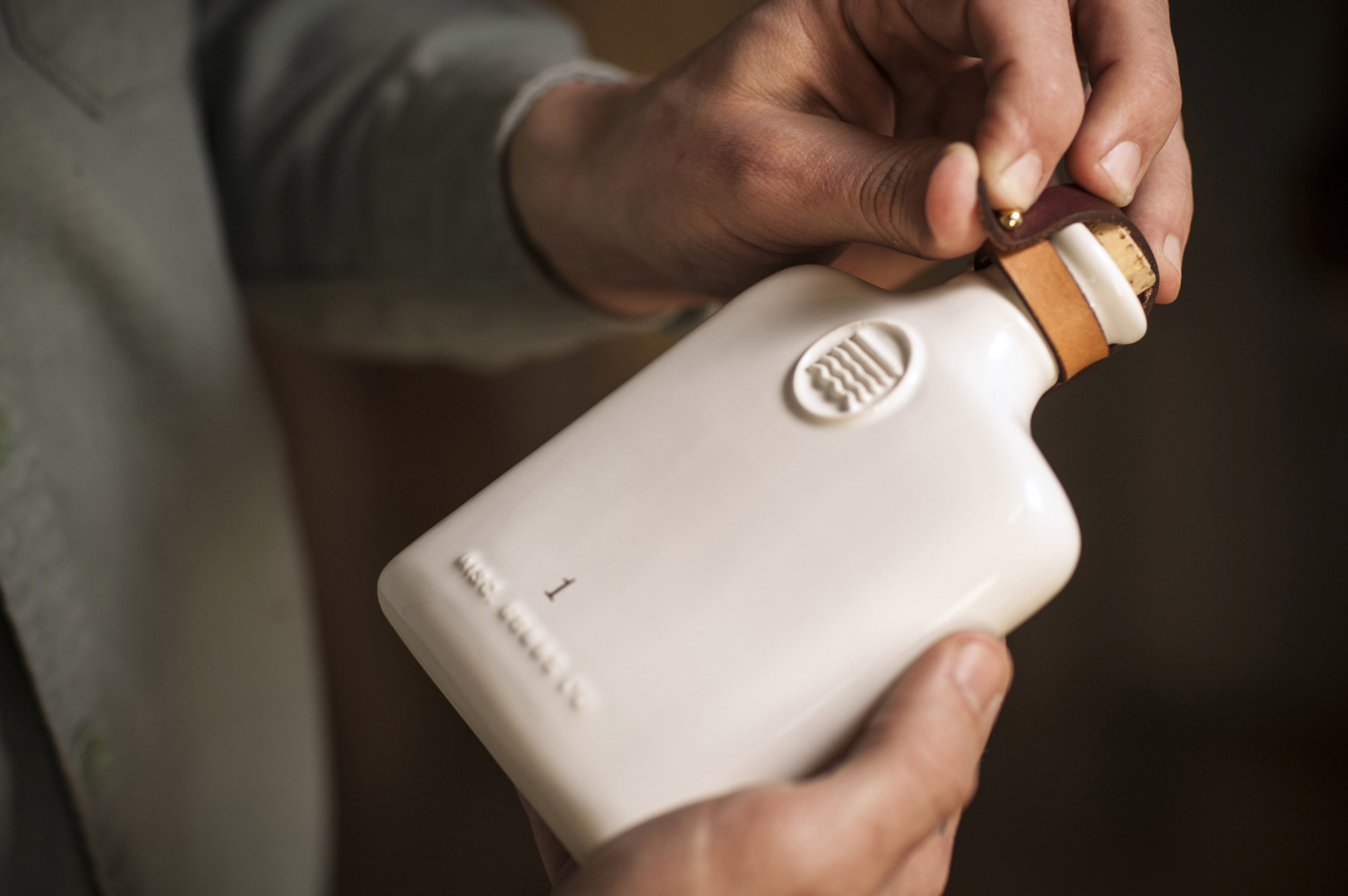 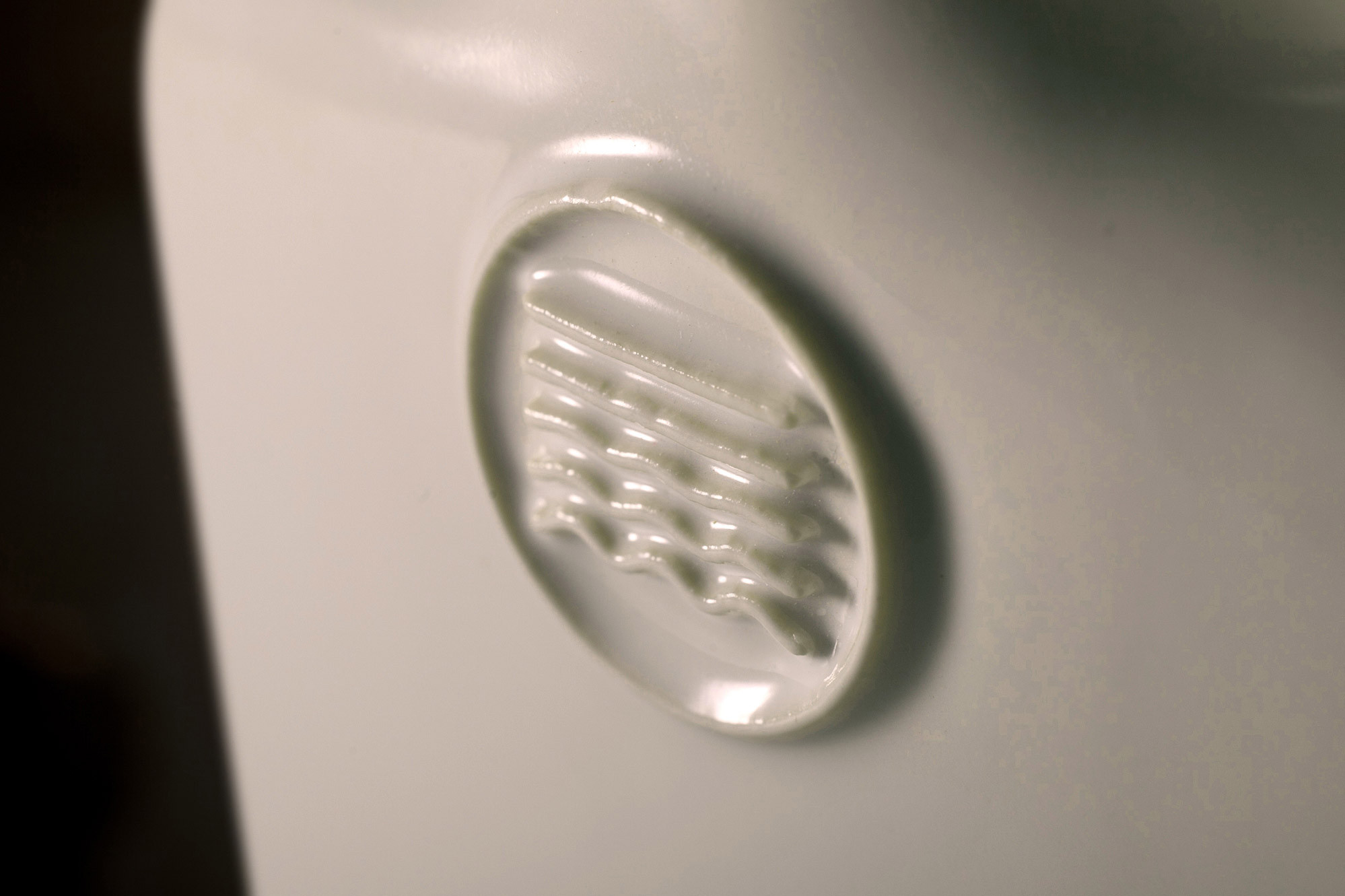 This is exactly the sort of wares we favour here at Coolector HQ. Made in the right way and boasting the sort of understated aesthetic appeal that is patently aware of its awesomeness but doesn’t feel the need to shout about it. Though we’re not big Irish coffee drinkers at The Coolector, we’re willing to start just so we’ll have an excuse to carry one of these brilliant MGCO Ceramic Flasks around.