Though I think our GTA:V post yesterday make it quite clear that our home computing affinities lie with the Commodore 64, we were not so blinkered as not to appreciate the other excellent offerings that were to be enjoyed in the 80s and one such colossus in the gaming market at this time was undoubtedly the NES from Nintendo.

If you’re a bit of a Nintendo fan-boy and have been scouting for some awesome wall art to showcase your love of the Japanese computing behemoth then you, sir, are bang in luck courtesy of Pop Chart Lab and their decidedly excellent The Nebula of NES Games Print.

The 80s was, in the opinion of us here at Coolector HQ, a golden age of gaming and there was a veritable multitude of computerised awesomeness to enjoy and, it’s fair to say, Nintendo was responsible for an awful lot of said awesomeness with their slew of releases onto the market which included the likes of Duck Hunt, Master Blaster and Double Dragon. This top notch print from Pop Chart Lab celebrates these games and more and gives you the opportunity to relive past gaming glories. Check out the full size version below (click image for zoom): 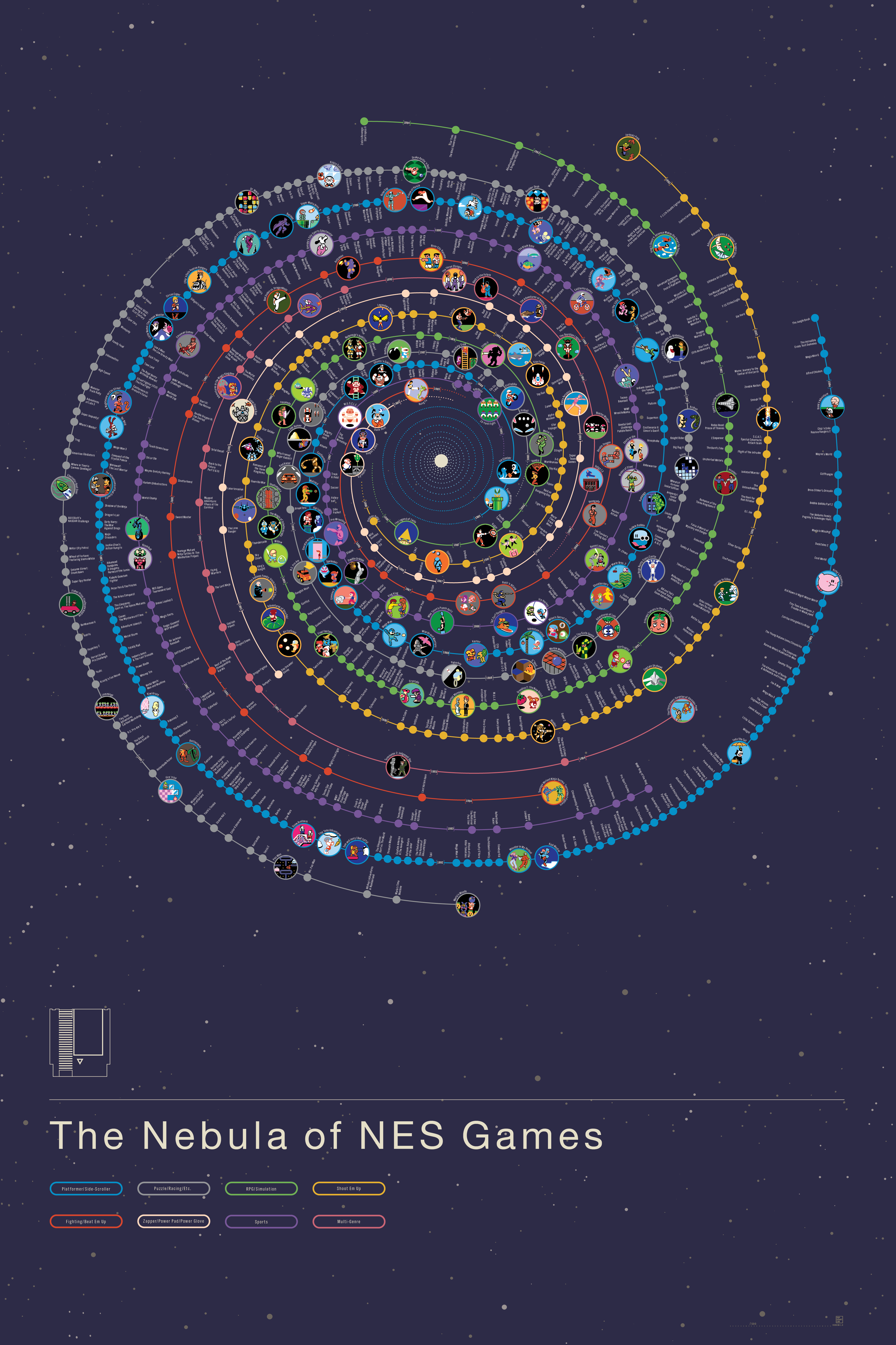 So, if you’re of a Nintendo persuasion and have long been hankering after some excellent artwork that reflects this admiration for one of the 80s finest gaming machines, I’ll think you’ll join us at The Coolector in agreeing that this Nebula of NES Games Print fits the bill perfectly. It boasts 700+ games that were released for the console between 1984 and 1993 and chances are you’ll become nostalgic for most of them when you begin to remember just how awesome they were.

Written By
Leo Davie
More from Leo Davie
Whilst it’s fair to say that we seldom spend our spare time...
Read More