Let’s face it, chances are there are going to be some jigsaws being made with the family over the Christmas period so you might as well make it an awesome one and one that boasts a good level of potential of cutting any petty squabbles about where the pieces go. The Nervous System Infinite Galaxy Jigsaw is exactly the sort of design we can get behind at Coolector HQ as, quite simply, it has no beginning and it has no end. There is no right way to put this jigsaw together.

A jigsaw without a defined conclusion might be the worst nightmare of those with OCD but if you’re the sort that is happy to be creative in entirely new and different ways each time, the Nervous System Infinite Galaxy Jigsaw will be right up your street. Nervous System are a generative design studio that works at the intersection of science, art, and technology and have a workshop in Sommerville, Massachusetts, and this first class puzzle is a great example of their outside of the box thinking.

The clever design of this Infinite Galaxy Jigsaw from Nervous System is second to none and the fact it has no fixed shape, no starting point, and no edges means that it can be assembled in thousands of different ways. Creating this jigsaw will never get old because you’ll never be creating the same image twice and topologically speaking, the Infinite Galaxy Jigsaw follows the mapping principle of a Klein bottle, which is essentially an impossible 3D shape where the inside and outside are mathematically indistinguishable from one another. In other words, it’s super cool. 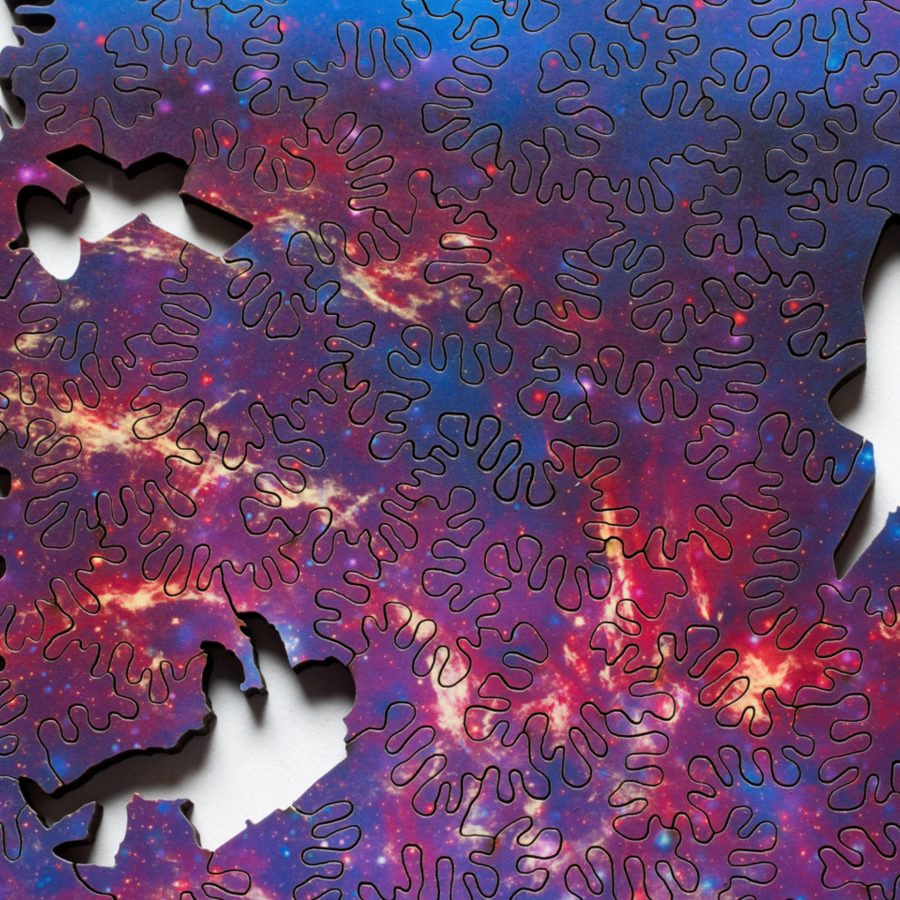 Expertly capturing the sheer vastness of space, this brilliant looking jigsaw from Nervous System would definitely make the perfect gift for puzzle lovers this Christmas and we’re loving its astronomical design here at Coolector HQ. You can begin the jigsaw at any point on either side, a fact that makes it that extra bit challenging and rewarding. 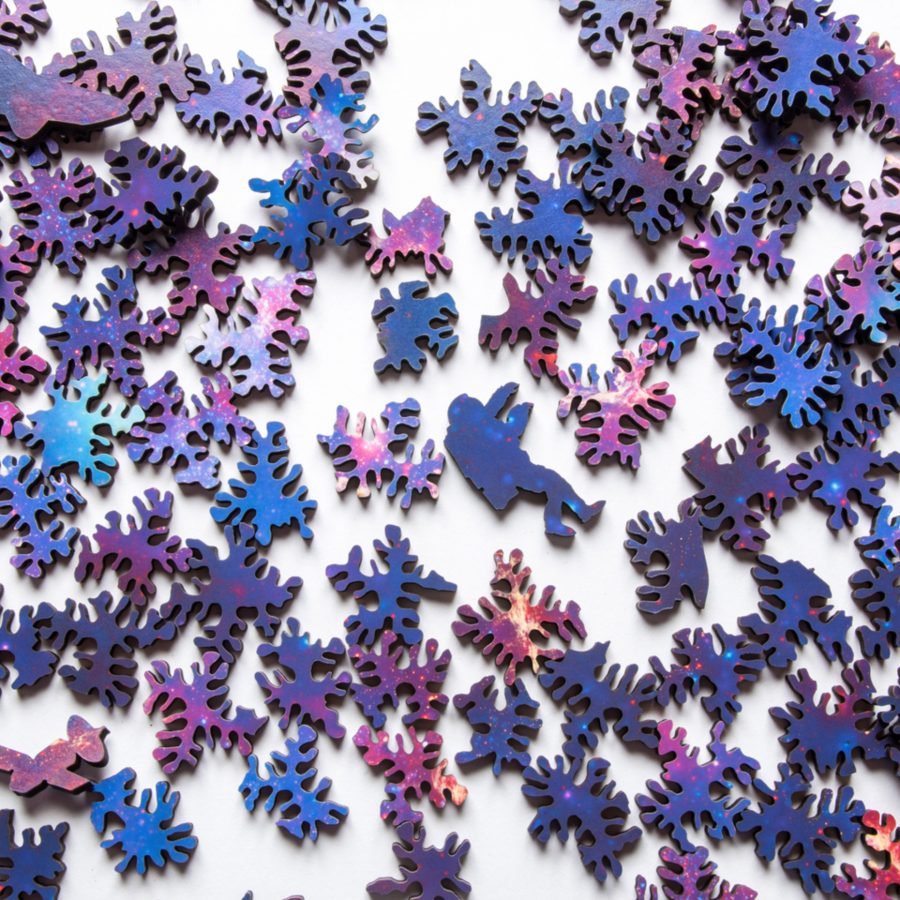 The Infinite Galaxy Jigsaw is printed with a photograph of the galactic centre taken from the Hubble observatory. This supremely striking image is continuous from one side of the surface to the other, which basically means its impossible to see the entire image at once.

As we say, a jigsaw that you can’t officially complete isn’t going to be up everyone’s street but we’re loving the clever design principles behind it here at The Coolector and we’re sure that there will be others out there who love this concept. The puzzle is laser cut in their Sommerville studio and consists of 133 pieces (including an awesome astronaut) and for those looking for a challenge this Christmas, this more than fits the bill. 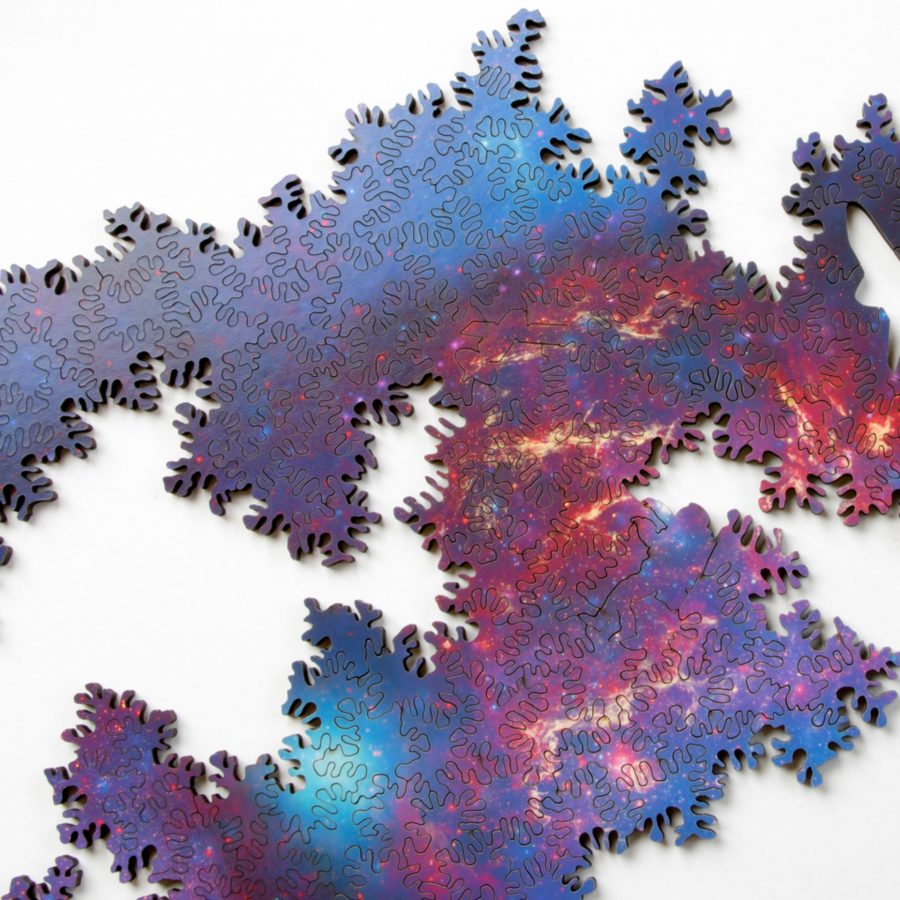 Nervous Systems aren’t a studio we’ve come across before but if the quality of their Infinite Galaxy Jigsaw is anything to go by, we’ll definitely be keeping an eye out for what they’ve got in 2017 and beyond. A fantastic piece of design which will really get you thinking over the festive period.