Whilst a man’s home is often referred to as his castle, it’s not often called his fortress but that might be about to change courtesy of this cracking piece of architectural design called the Open Air Fortress House in Mexico which has been designed by architect Ludwig Godefroy, with interior designer, Emmanuel Picault, being behind the understated and painfully cool furnishings throughout the highly striking and unusual property. 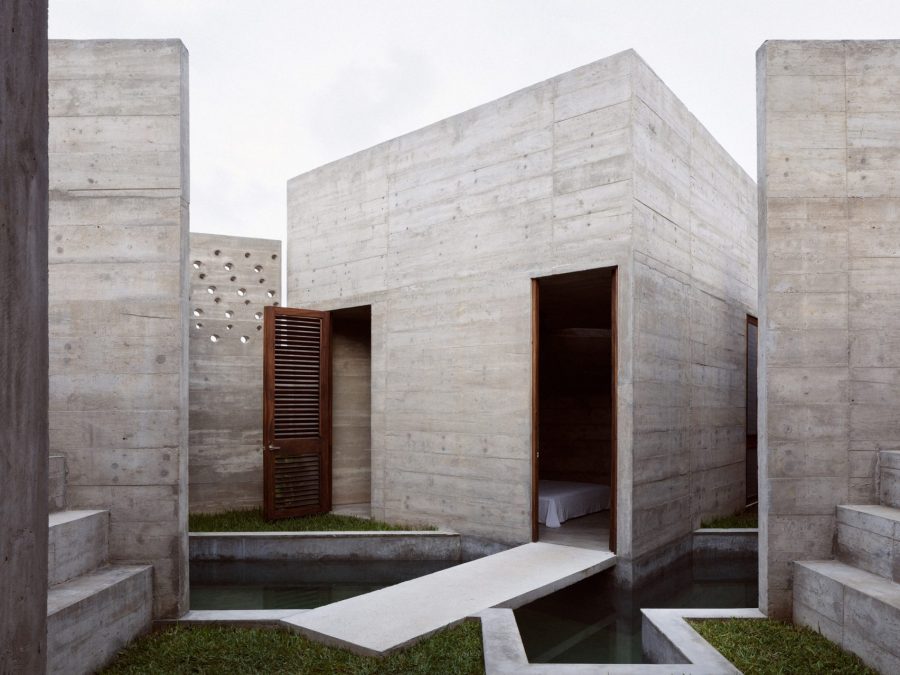 The Open Air Fortress House from Godefroy and Picault is located in the heart of Zicatela in the Mexican state of Oaxaca and it has been designed for use as a holiday home where the owners can head when they want to get back to basics and relax in a muted but welcoming residence that is positively dripping in style. This weekend home was designed and crafted for a client that wanted a retreat located close to Zicatela beach where they could escape the stresses and strains of working in Mexico City and the architect and designer have done an exemplary job of delivering exactly what they required.

Batten Down The Hatches

With a highly unusual aesthetic, which has been designed to really catch the eye, the Open Air Fortress House boasts a series of monolithic steps that are reminiscent of the ancient Aztec temples and these steps surround the living spaces of this magnificent looking residential property on the coast of Mexico. Even though it is located incredibly close to the beach, this spectacular property was initially designed to be more of a countryside retreat with its uncompromising, insular design, which is pretty far removed from your typical beach house style property. 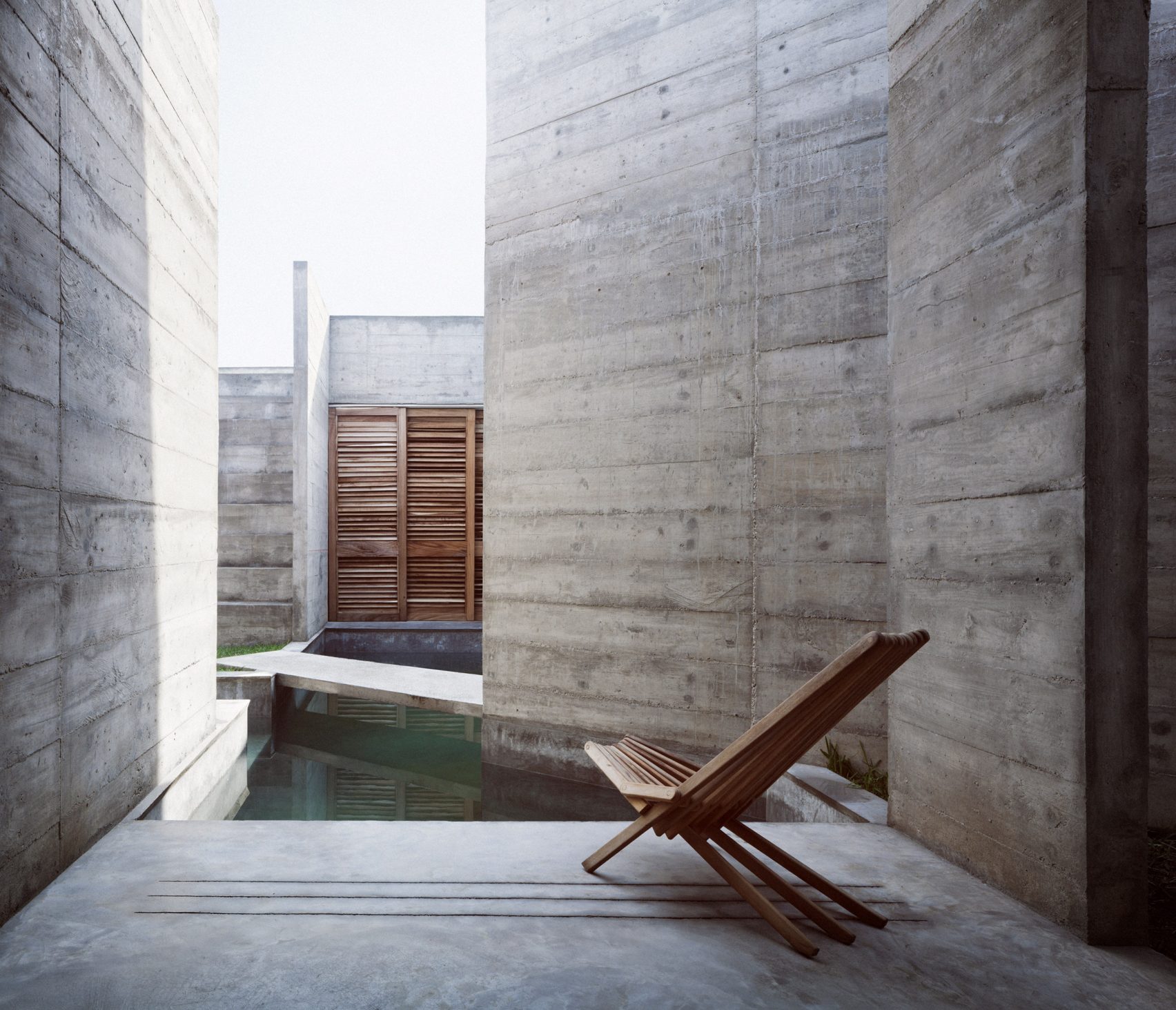 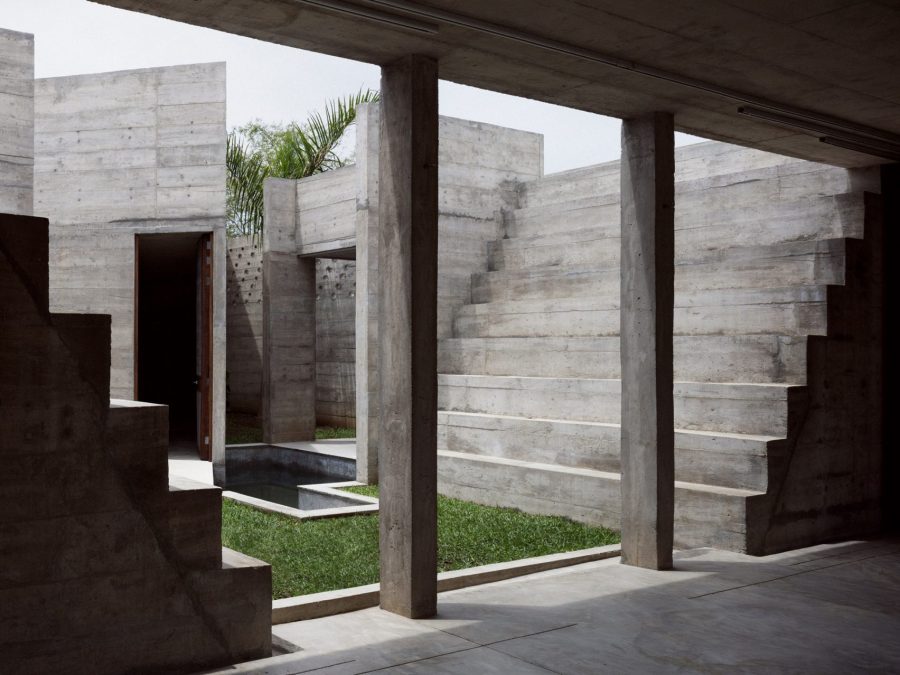 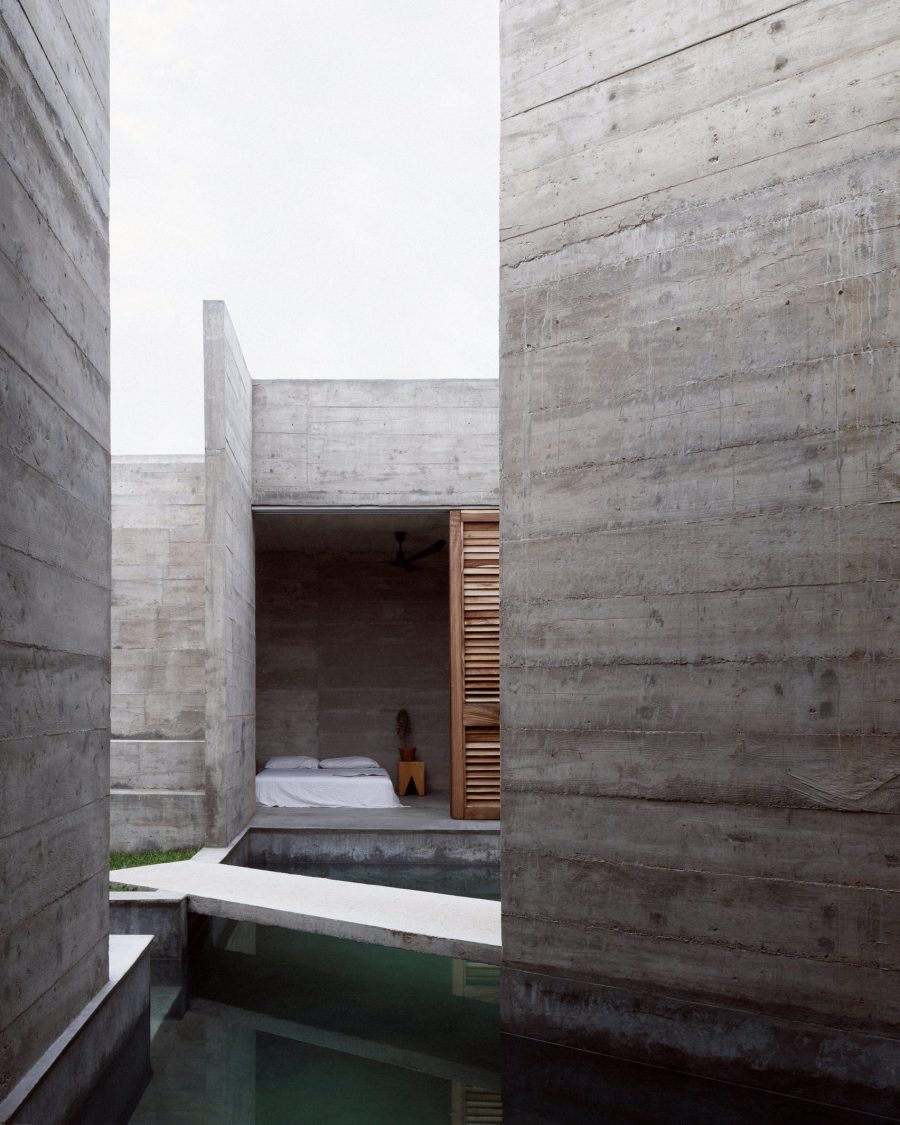 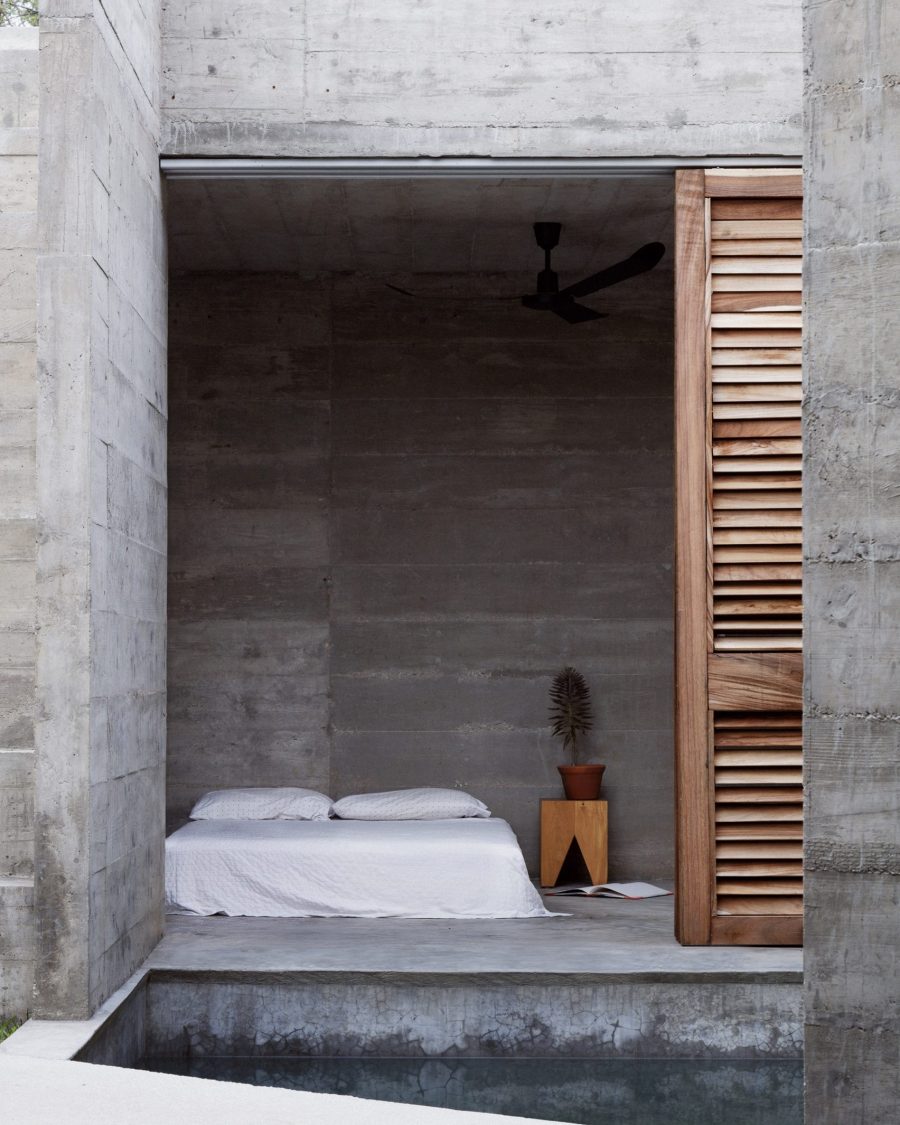 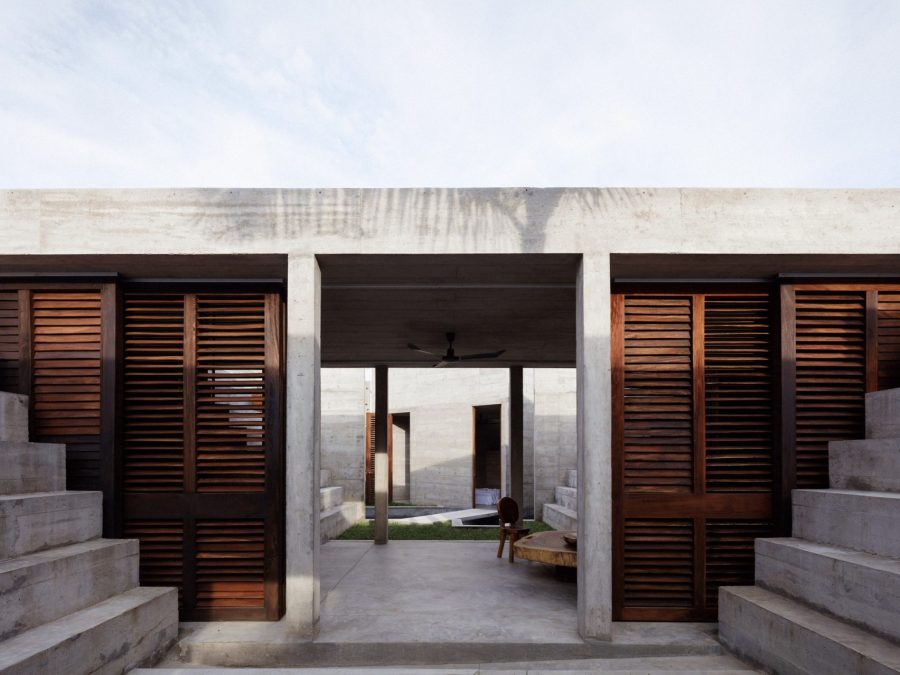 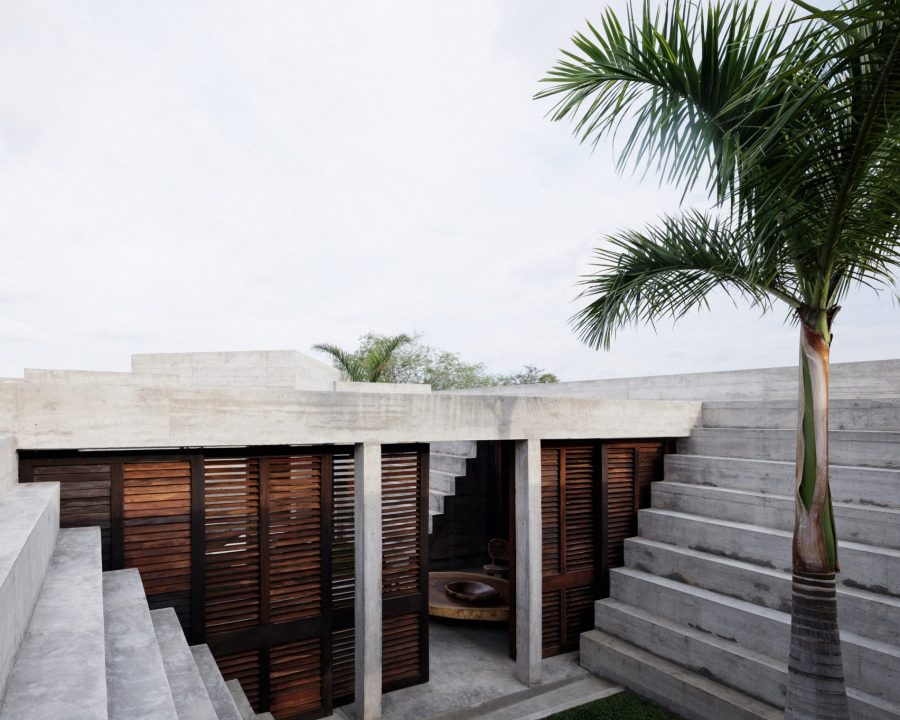 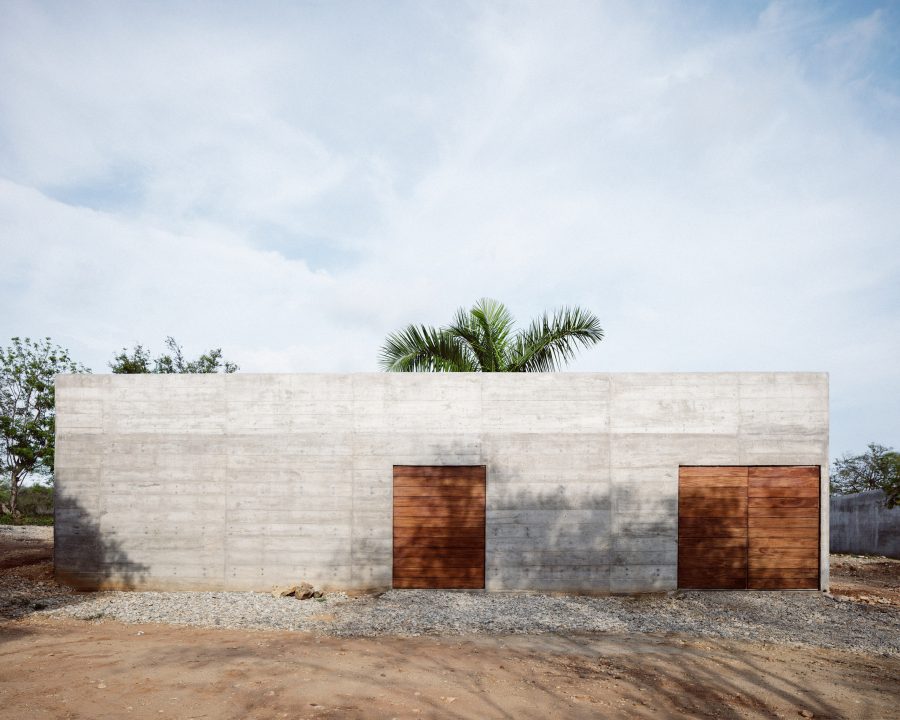 The Open Air Fortress House from Ludwig Godefroy and Emmanuel Picault occupies a plot of land on top of a hill, and this is surrounded by the beach on one side and mountains on the other to deliver mesmerising views wherever you look. The side facing the mountains also looks out onto expansive fields of agave plants for another visually appealing vista. The Open Air Fortress House is designed to react to the duality of its context, insomuch as the mountains are designed to influenced its robust, protective shell, while the wide, open feel of the beach is reflected in the spacious, uncluttered outdoor spaces of the property. 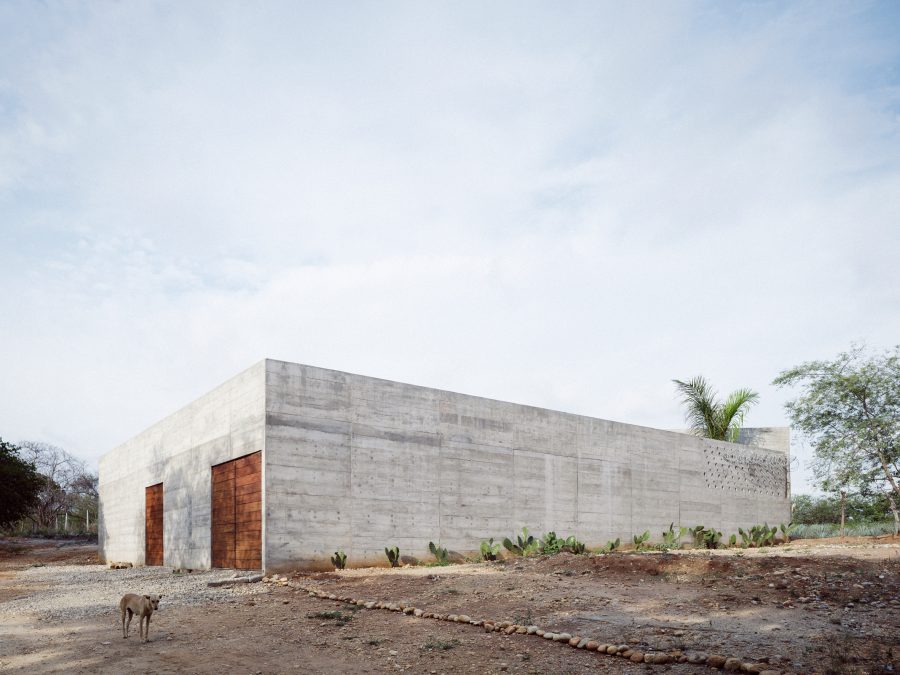 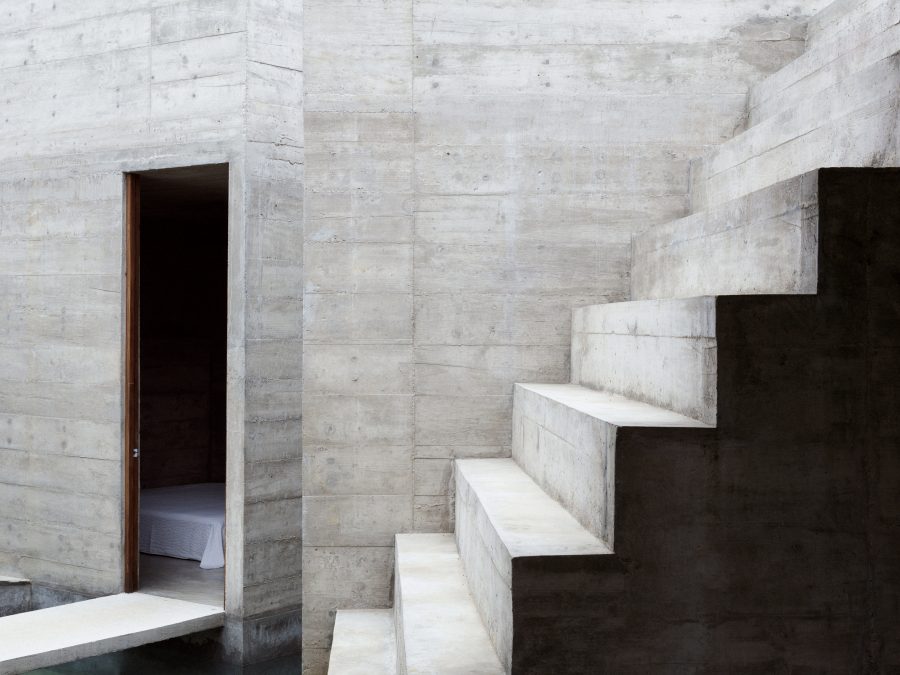 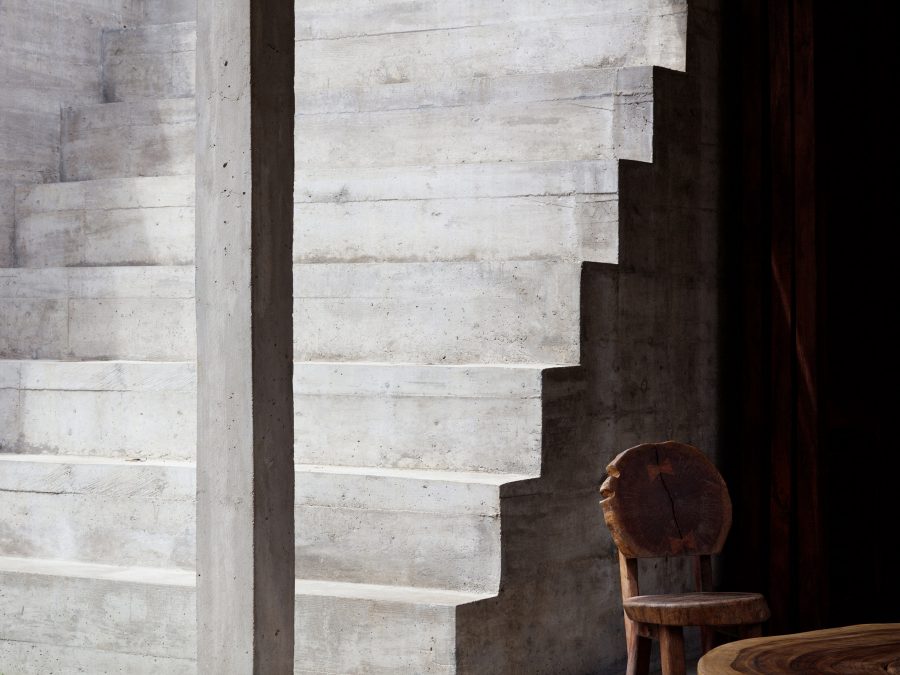 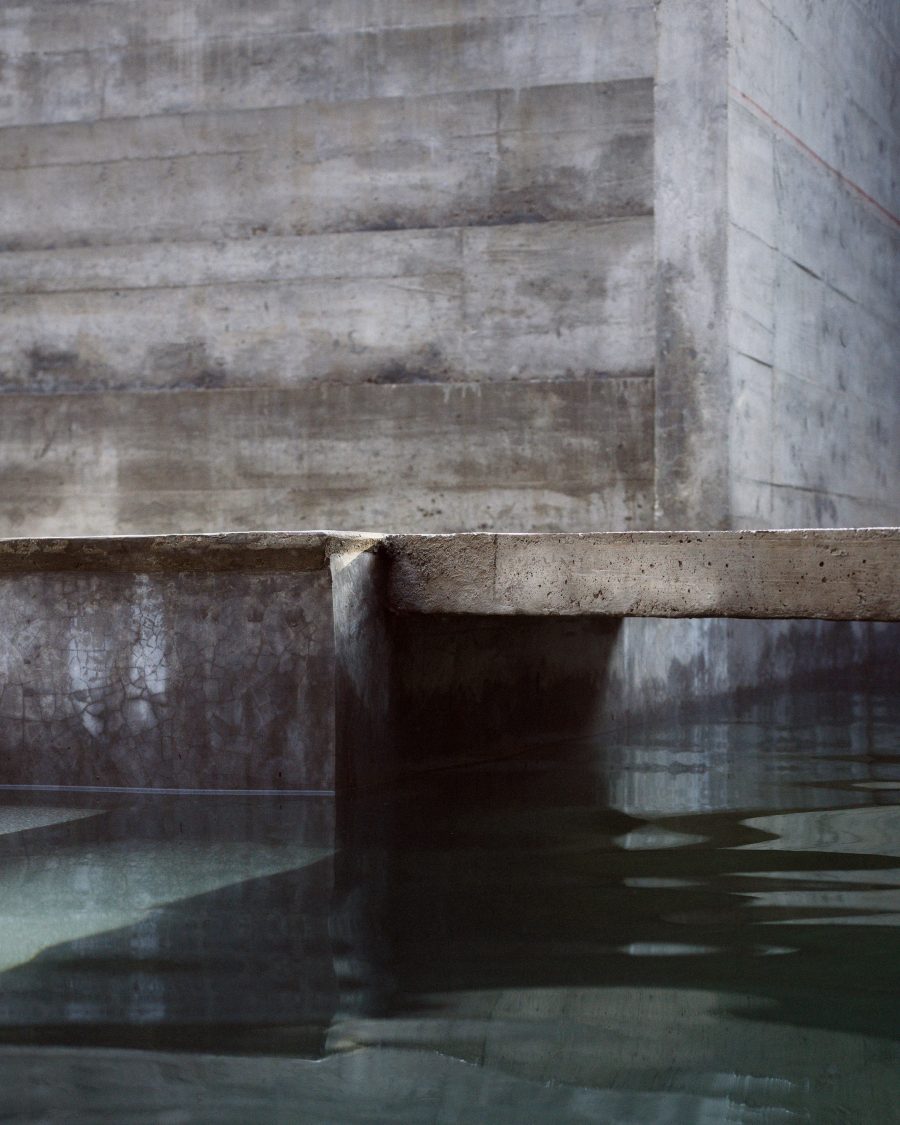 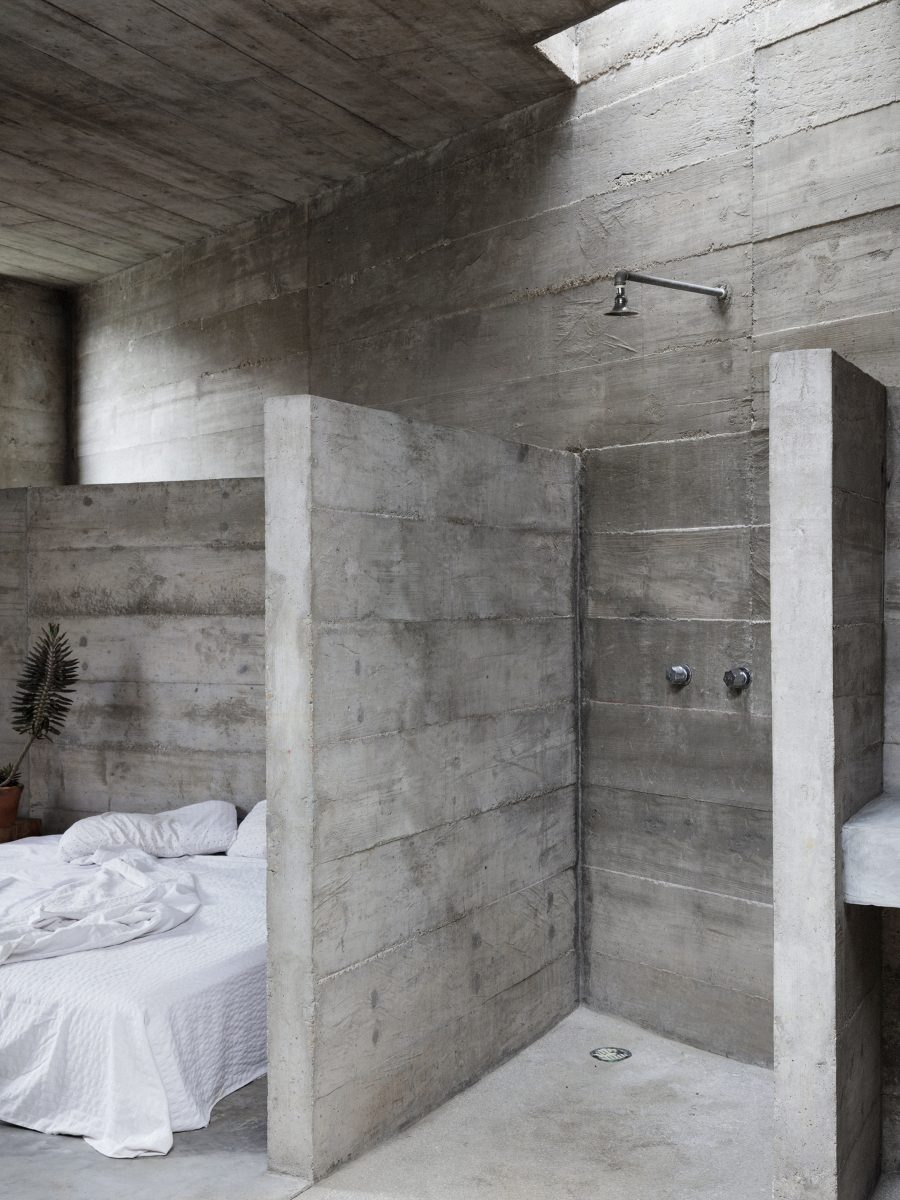 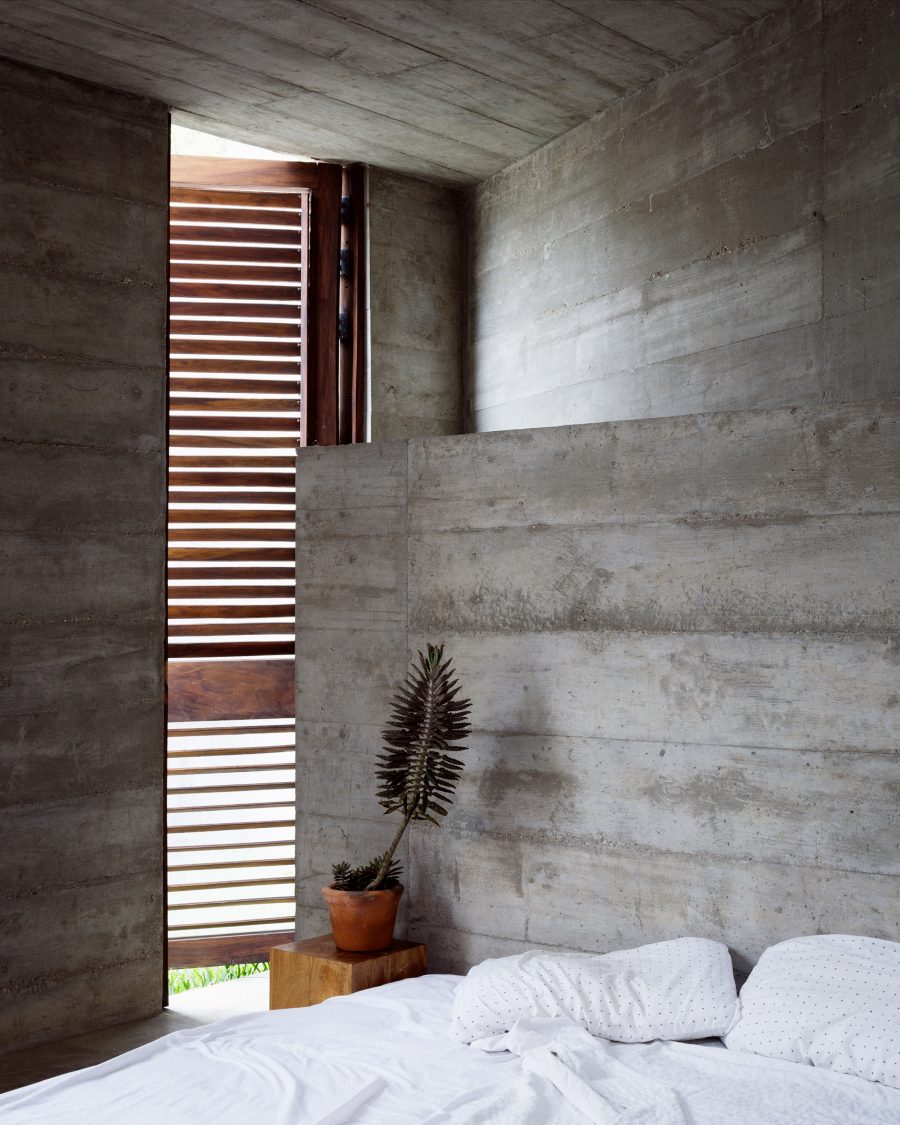 Billed as a bunker on the outside, protecting the Mexican pyramid within, the Open Air Fortress is a property quite like any other we’ve featured here on the pages of The Coolector and it is the sort of striking, unusual architectural design that we often find ourselves drawn towards. From the exterior of the property, the building looks as though it is an entirely solid concrete mass, broken up on one side by a pair of openings which contain eye-catching and sturdy wooden doors to gain access to the property.

A property that impresses both on the inside and outside, the Open Air Fortress House has a garden courtyard which is surrounded on either side by stairs that lead up onto the building’s roof. The stairs are cast alongside wider steps that can be used for relaxing with a book or displaying statues, plants or other pieces of artwork. Beyond the garden is a covered patio which stretches out the width of the house and accommodates the main living space of the home where the residents will be spending most of their time. 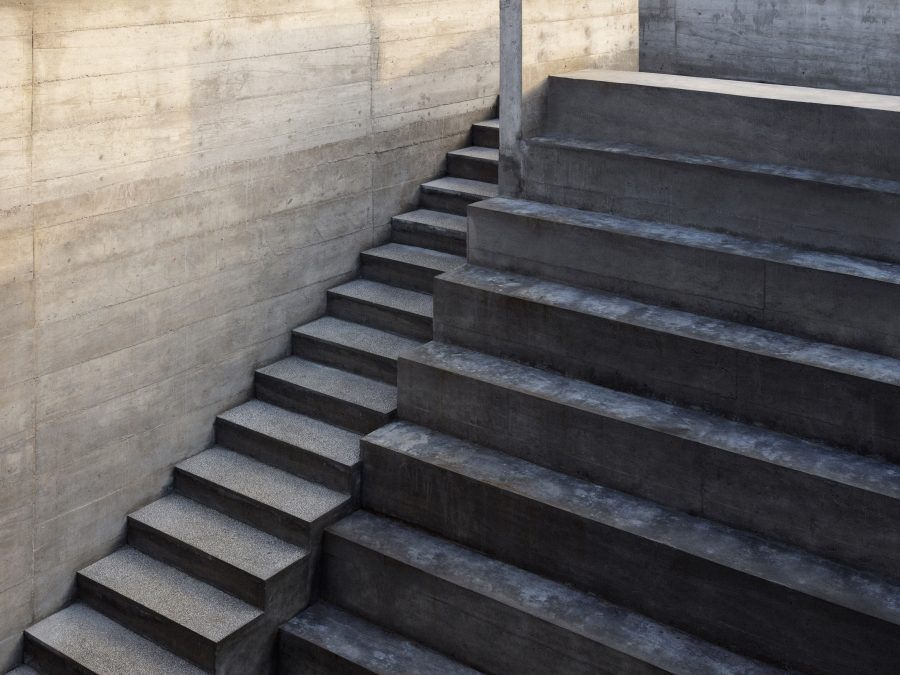 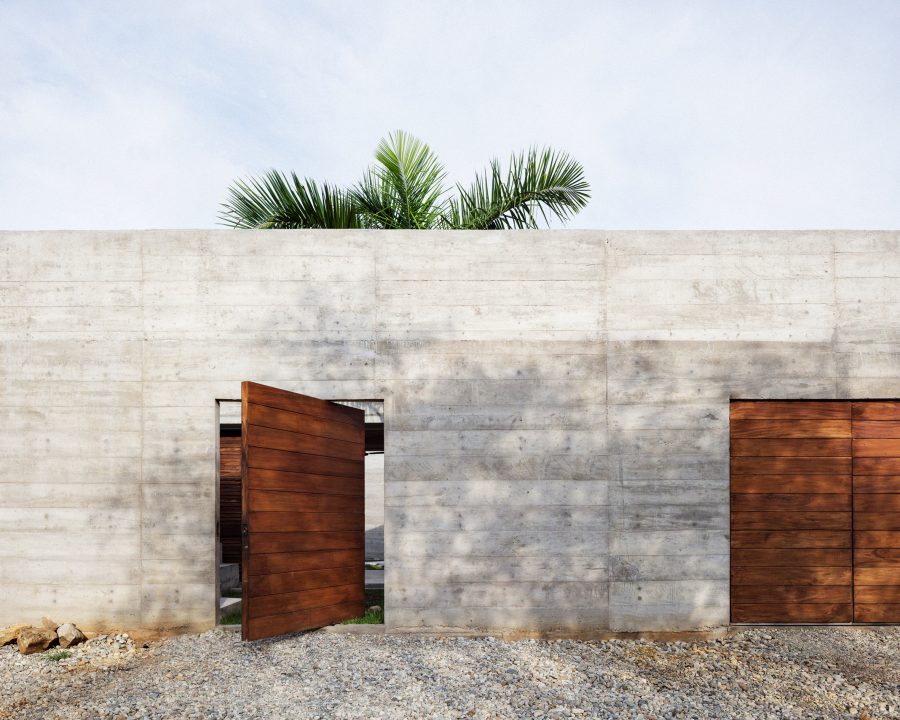 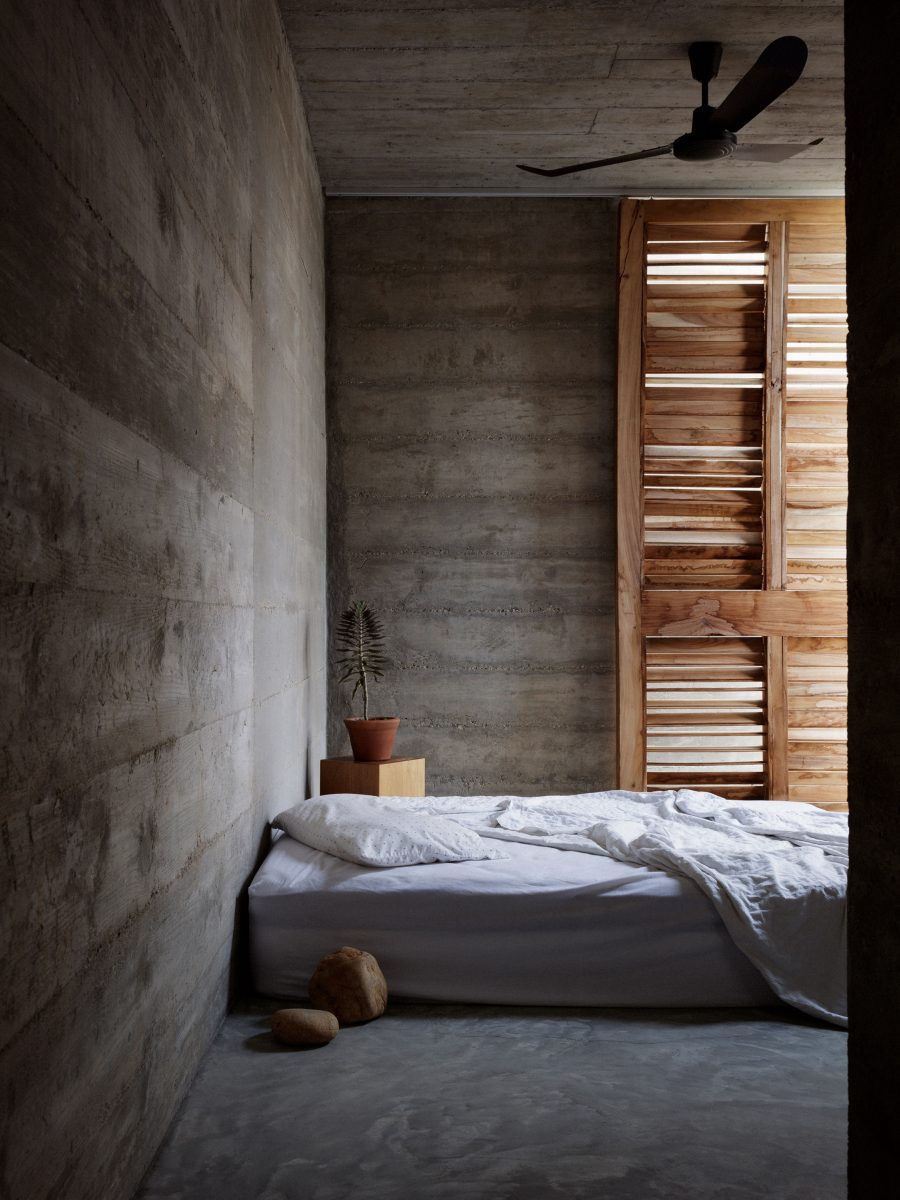 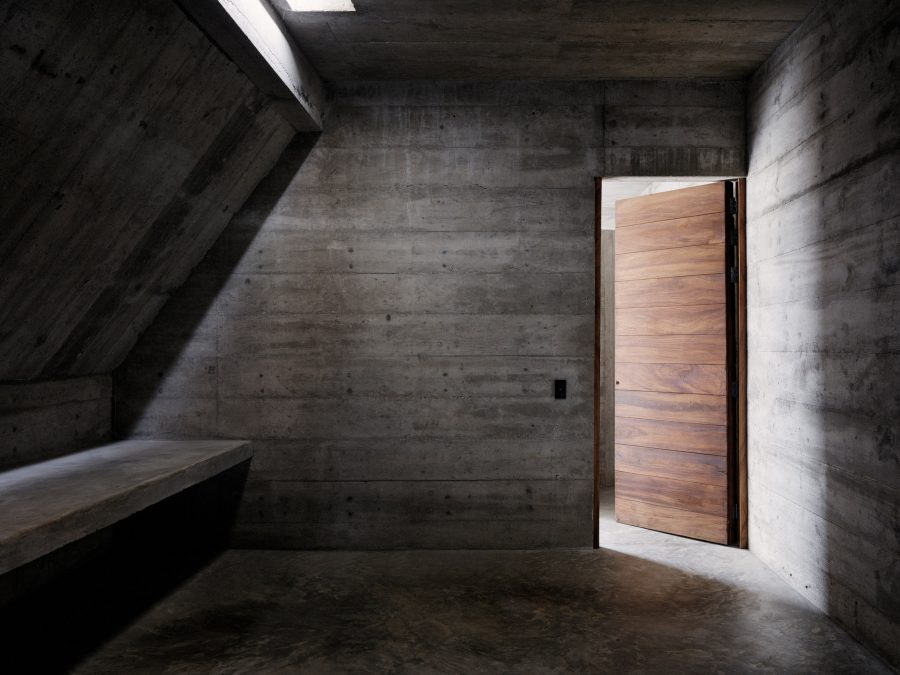 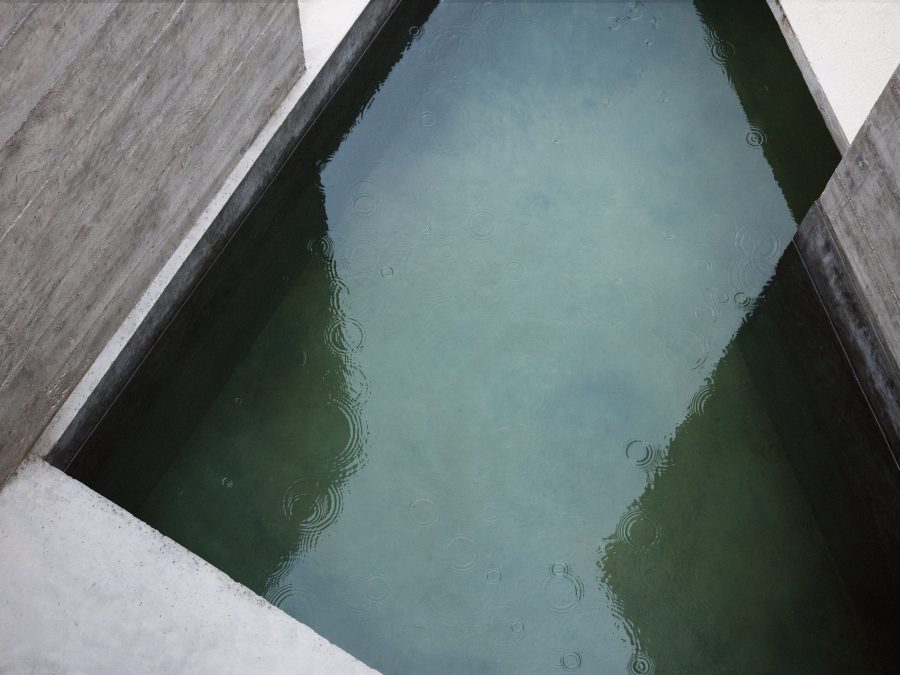 Mexico is home to some breathtaking pieces of architecture and you can add this one from Godefroy and Picault to the list because it boasts such an unusual aesthetic that you wouldn’t commonly associate with a residential dwelling but it has been so well conceived and decorated that it simply works.