When you come across some pieces of architecture and design that have pushed the boundaries of what you thought achievable, it’s impossible not to be impressed and the incredible looking Pierre House by Olson Kundig Architects is one that well and truly falls into that bracket. 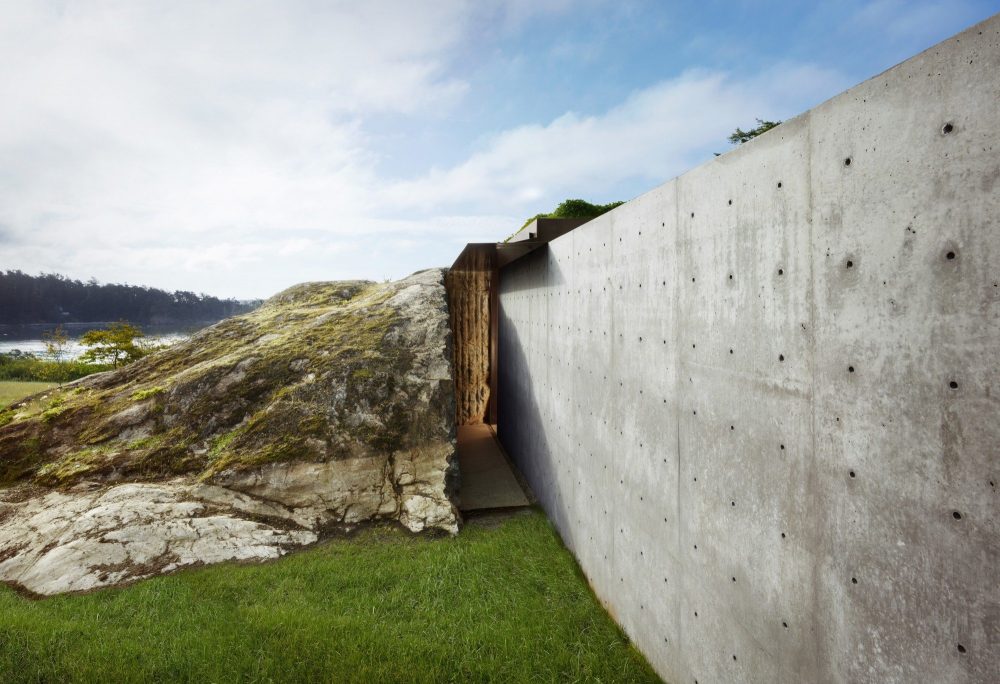 Olson Kundig are a Seattle based architecture studio and their extraordinary Pierre House can be found nestled on the San Juan Islands in the Washington area and for those who like their structures to be at one with nature, you’re going to find few better examples than this out there.

The design of the Pierre House was bought about as a result of the owner’s affinity for a certain outcrop of rocks within her land and it was decided to build a structure right into these rocks and from certain angles, the impeccably conceived and designed house—with its rough materials, which consist of stone, green roof, and surrounding foliage—almost seem to retreat entirely into their natural surroundings. 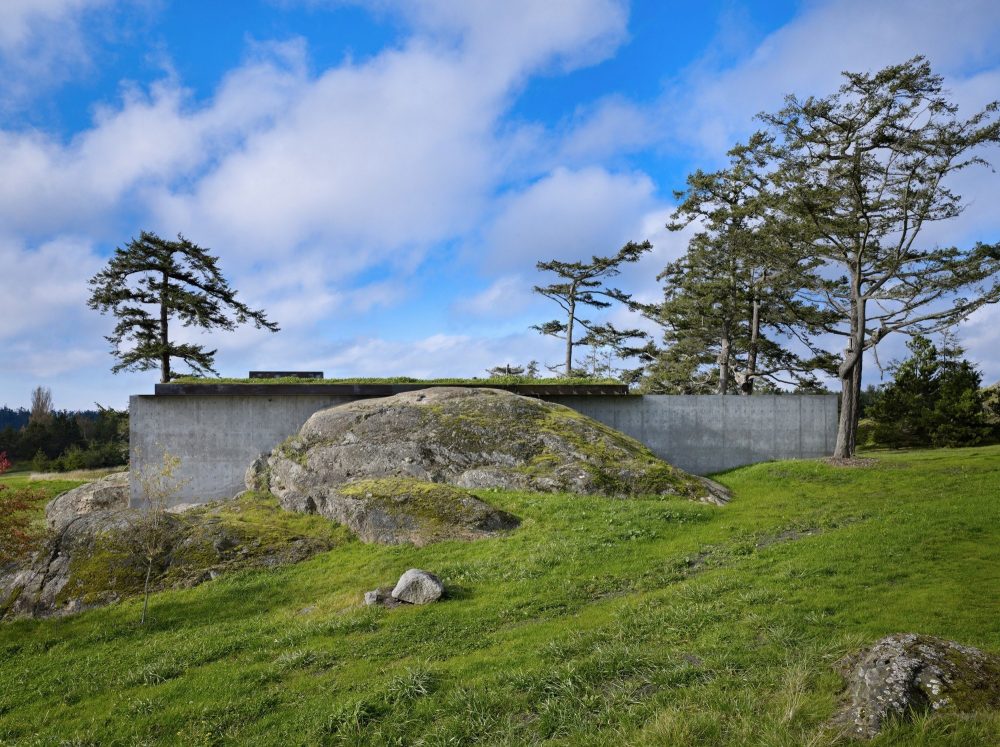 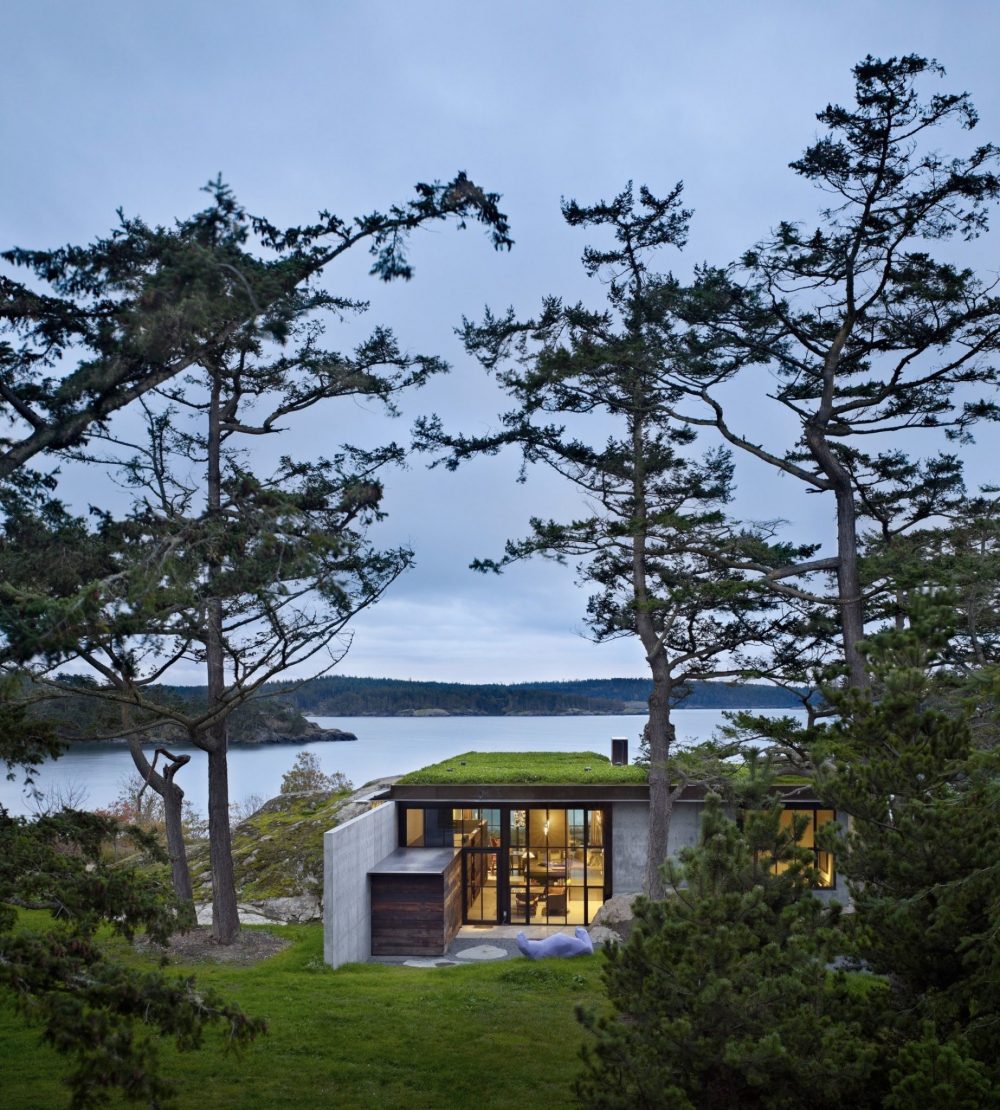 Boasting such a striking aesthetic courtesy of its rocky positioning, the Pierre House functions on just a single main level, which houses an mighty impressive open-plan kitchen alongside a dining and living space. A wood-clad storage box expertly transitions the property from outside to inside. 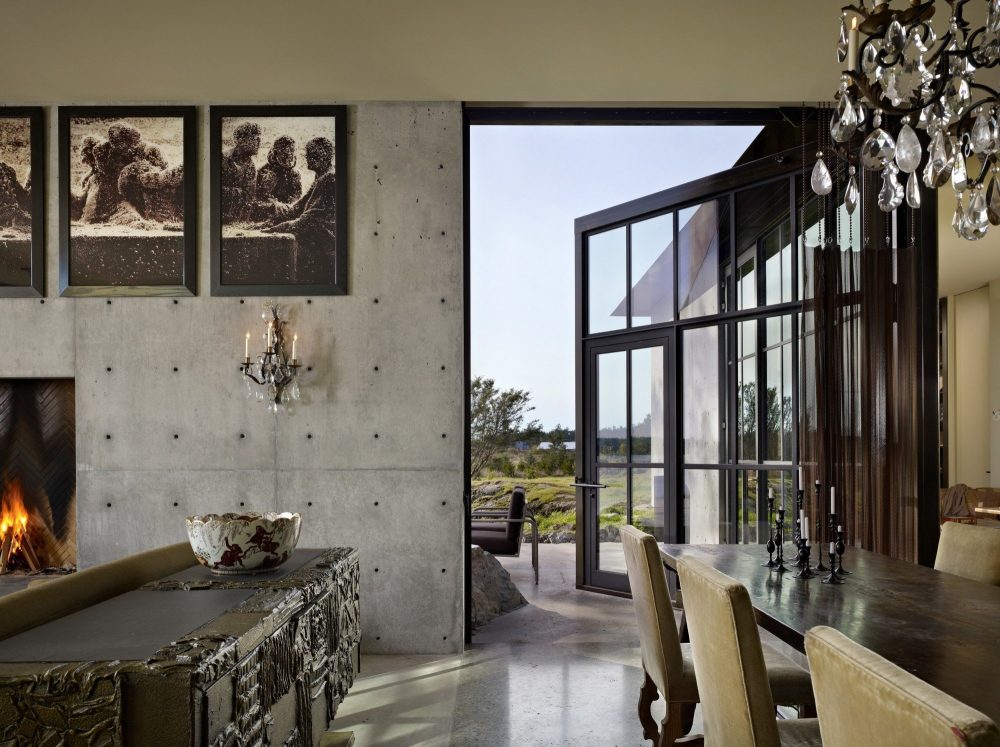 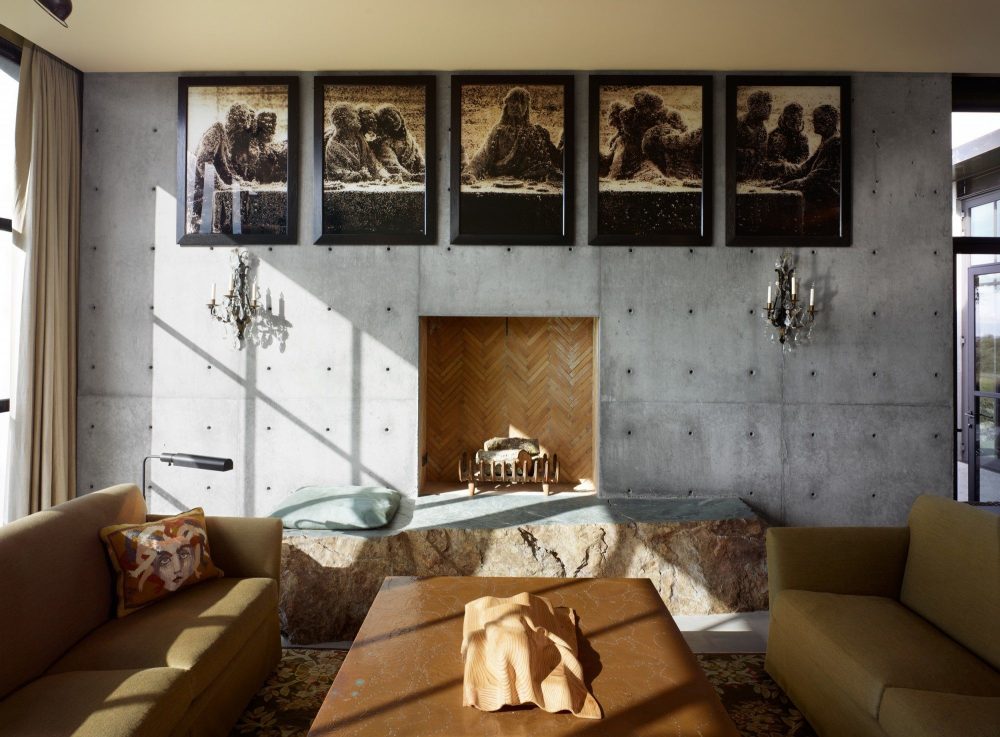 You’ll discover two large bookcases which open to deliver a super cool concealed access to the laundry and kitchen storage areas and, last but not least, a grand, pivoting steel and glass door gives the owner access out onto a striking terrace for picturesque views of the surroundings.

Such a bold piece of architectural design from Olson Kundig is something to be applauded and the way they have integrated the existing rock structure into the interior design of the property is nothing short of miraculous. In the Pierre House rock protrudes into the space at various different points and does a great job of contrasting with the the high end textures of the furnishings. 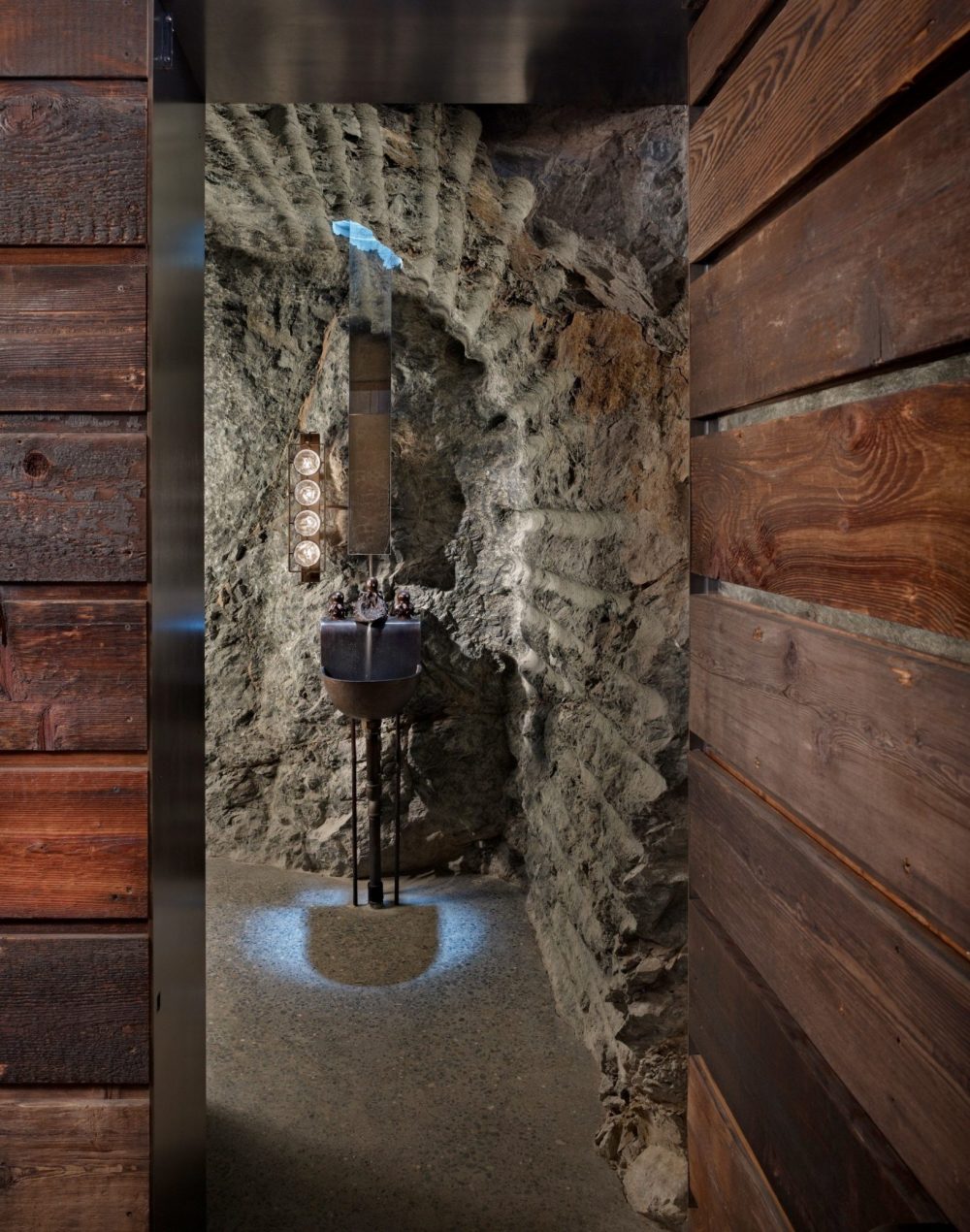 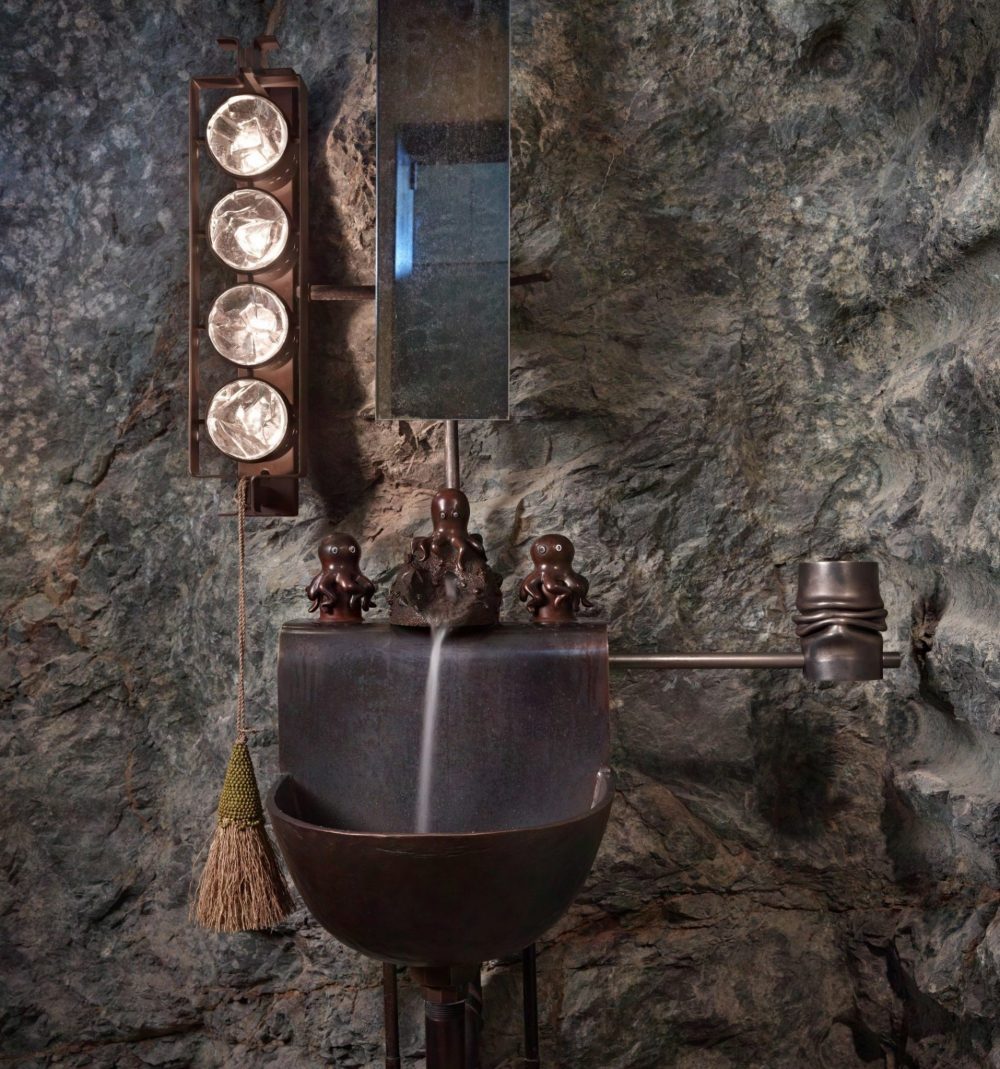 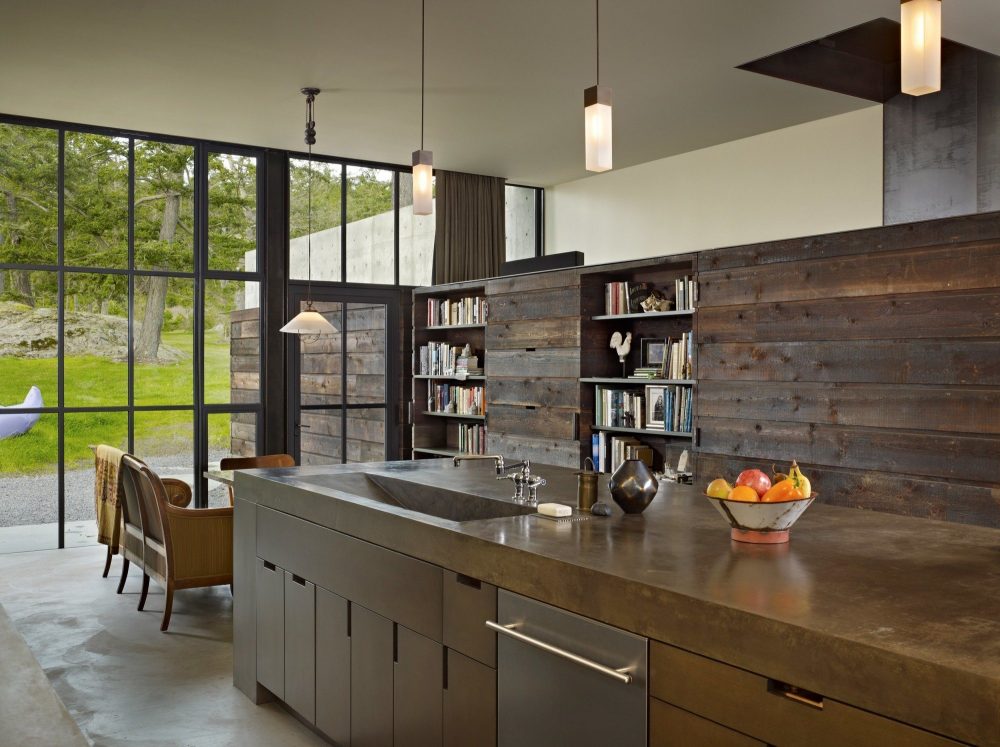 An interior and exterior fireplace can be found carved directly out of existing stone for a real head-turning design feature and in the master bathroom, water cascades through three polished pools and natural sinks in the pre-existing stone. All in all, this is one of the most unusual and extraordinarily well crafted pieces of architecture we’ve seen so far in 2017 and we love it all the more for it here at Coolector HQ.

Written By
Leo Davie
More from Leo Davie
It’s not everyday you come across figurines as awesome as these from...
Read More