Basketball is already one of the fastest paced, most frenetic sports out there and probably one of the sports less in need of jazzing up a notch but we’re not complaining because the guys at apparel brand, Pigalle, have really excelled themselves with this amazing looking basketball court shoehorned into the streets of Paris which is just about as striking a playing surface that you’re ever likely to encounter. 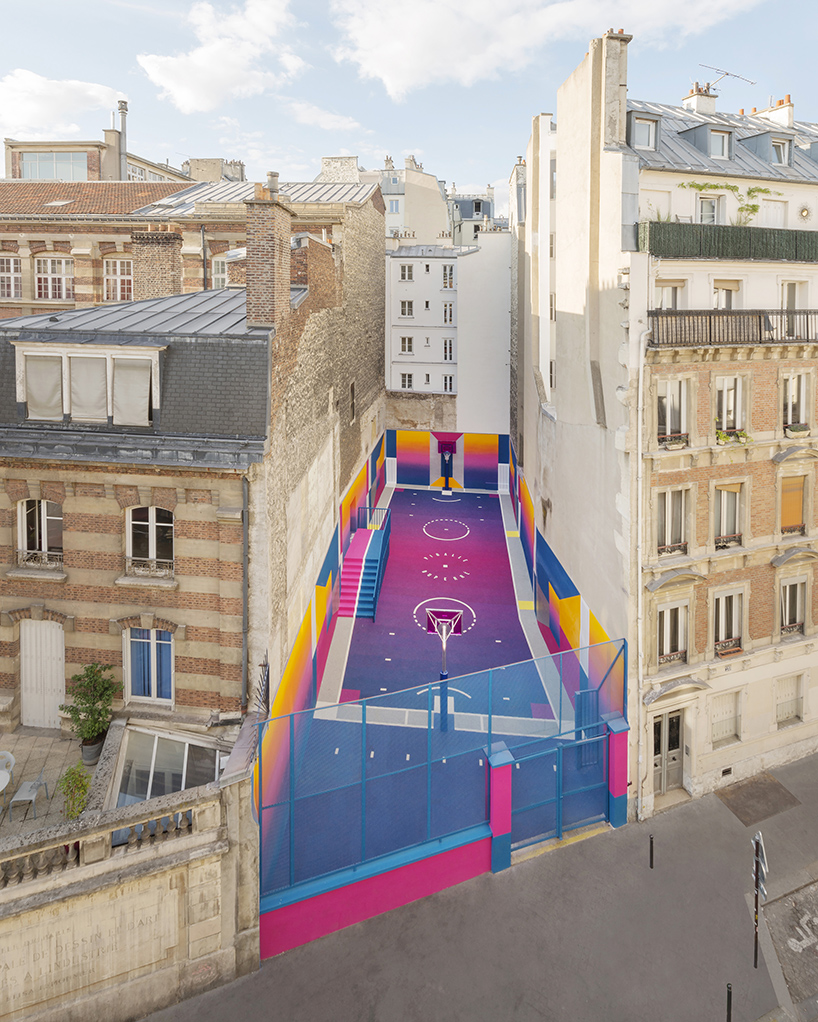 The Pigalle Basketball Court in Paris has been created to celebrate the launch of a new collection of wares between Pigalle and NikeLab and they employed the services of Paris based creative agency Ill Studio to help them achieve their objective of the most mesmerising court imaginable and, as you can see from the trippy court before you, they’ve more than accomplished this mission.

This incredible and vibrant piece of design from Pigalle and Ill Studio has, somewhat miraculously, been crammed between two apartment buildings in the French capital of Paris and almost doesn’t look real such is the attention to detail that has gone into its creation. The Pigalle Basketball Court boasts a fresh, funky and vibrant aesthetic that looks more in keeping with the street art scene than the basketball one and we’re loving the engaging aesthetics that they’ve delivered here at Coolector HQ. 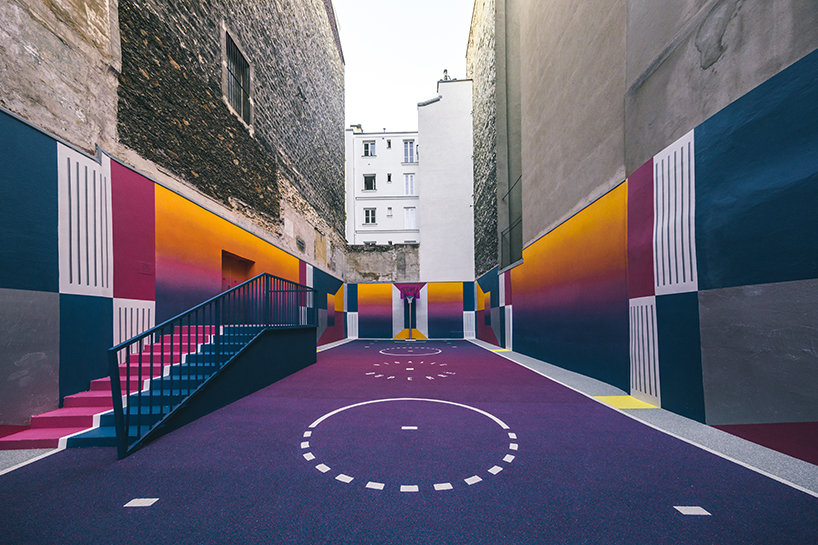 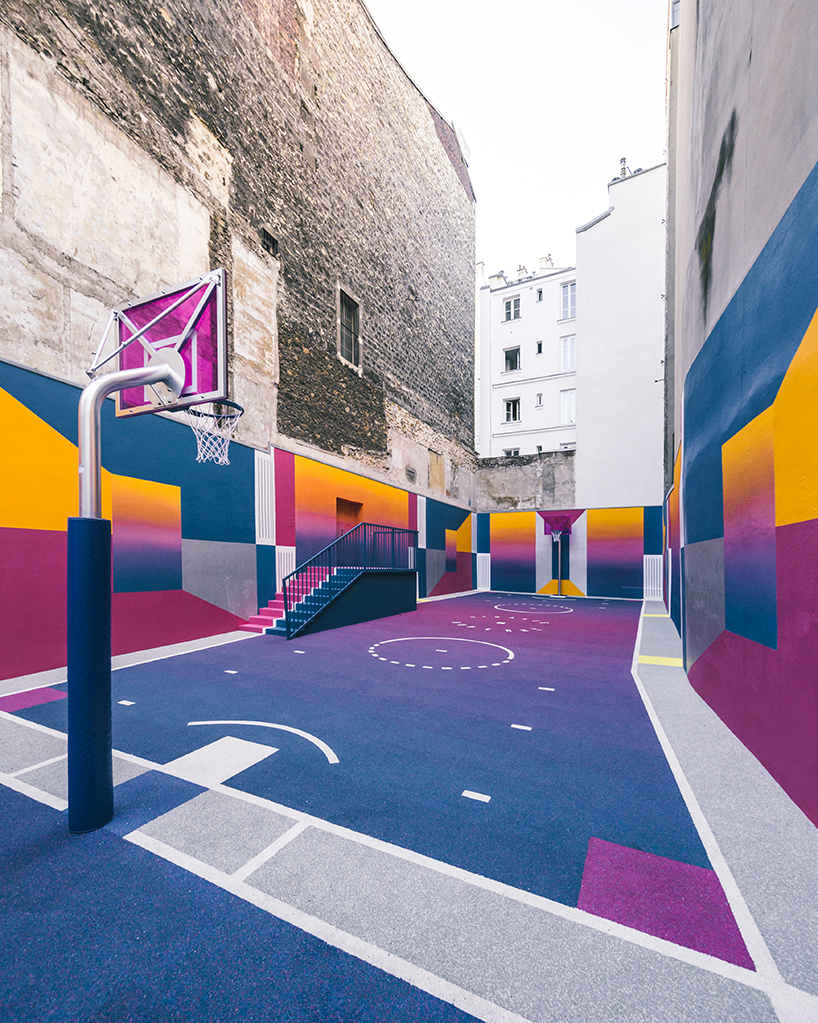 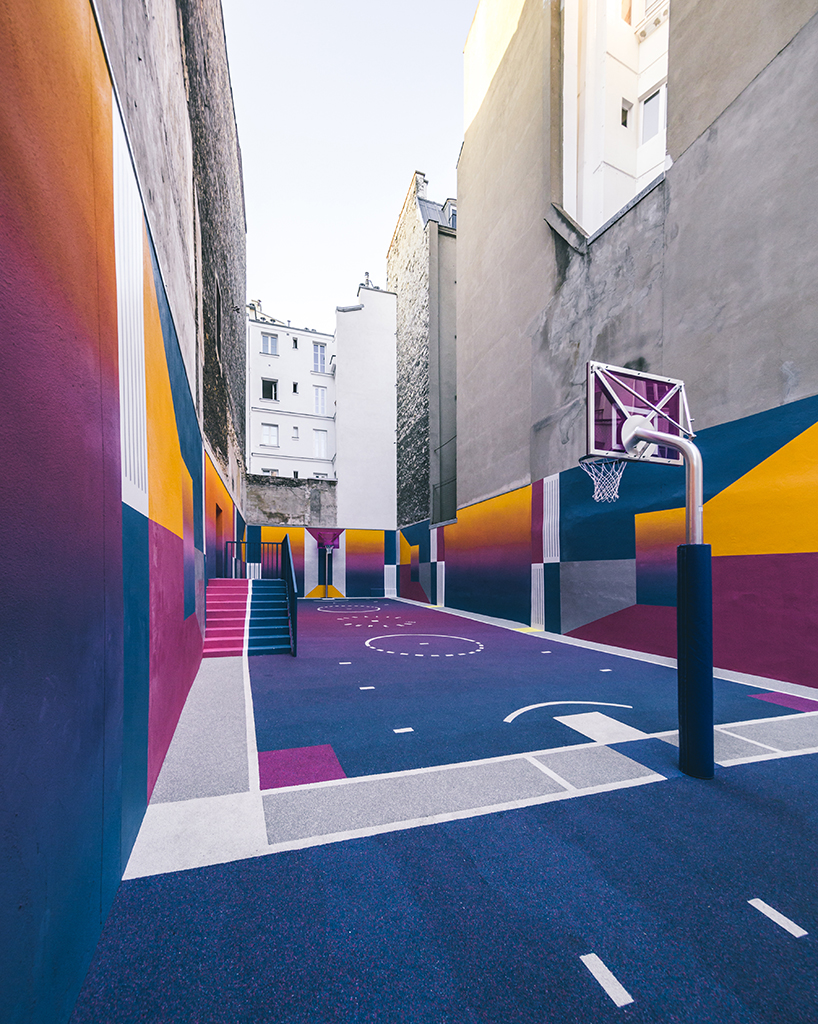 With the entire court saturated with some striking colours and hues, the Pigalle Basketball Court in Paris surrounds those players lucky enough to tip off here in the glorious hues of a setting sun and it would, truth be told, be pretty hard to keep your eyes on the action when you’re playing in such an extraordinary setting. Situated on Rue Duperré, this completely revamped basketball court really is a sight to behold and has a very 90s-esque vibe to correspond with the range of basketball wares being released in a collaboration between Pigalle and NikeLab. 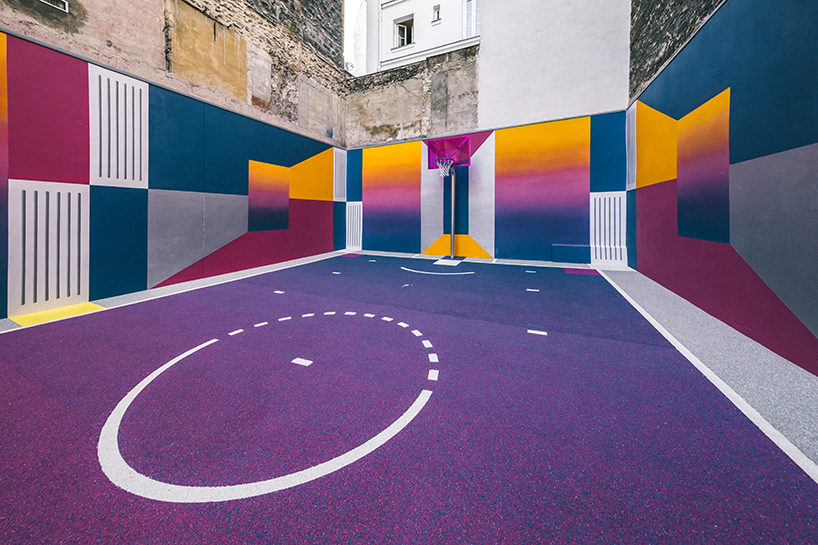 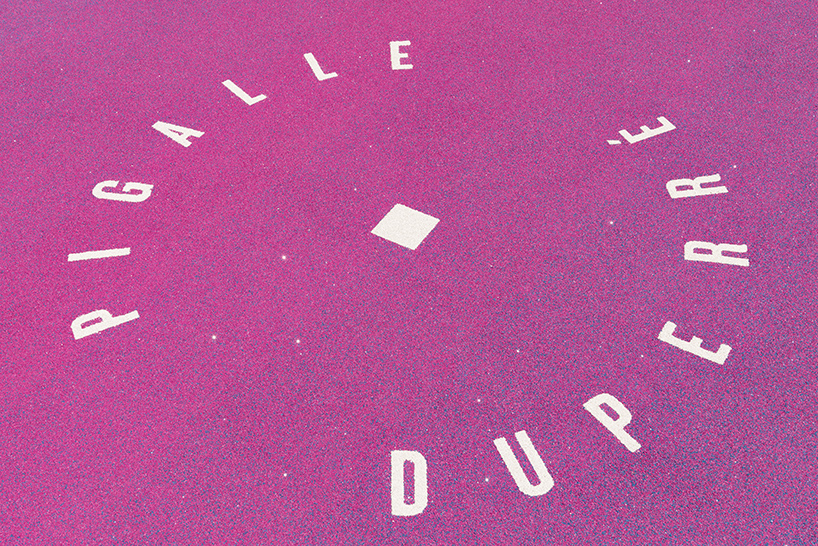 It’s the gradient of colours swept across the court that is so impressive here and we dread to think how long it took to create the breathtaking finish on this exceptional design project here at Coolector HQ. If you love basketball and vibrant pieces of street art then you’re positively going to be in your element with this stunning meeting of minds between Ill Studio and Pigalle.

One of the most innovative ways of drawing attention to a new release that we’ve seen here at The Coolector, this Pigalle Basketball Court has already garnered a lot of traction online and understandably so when you consider just how well conceived and executed it is. 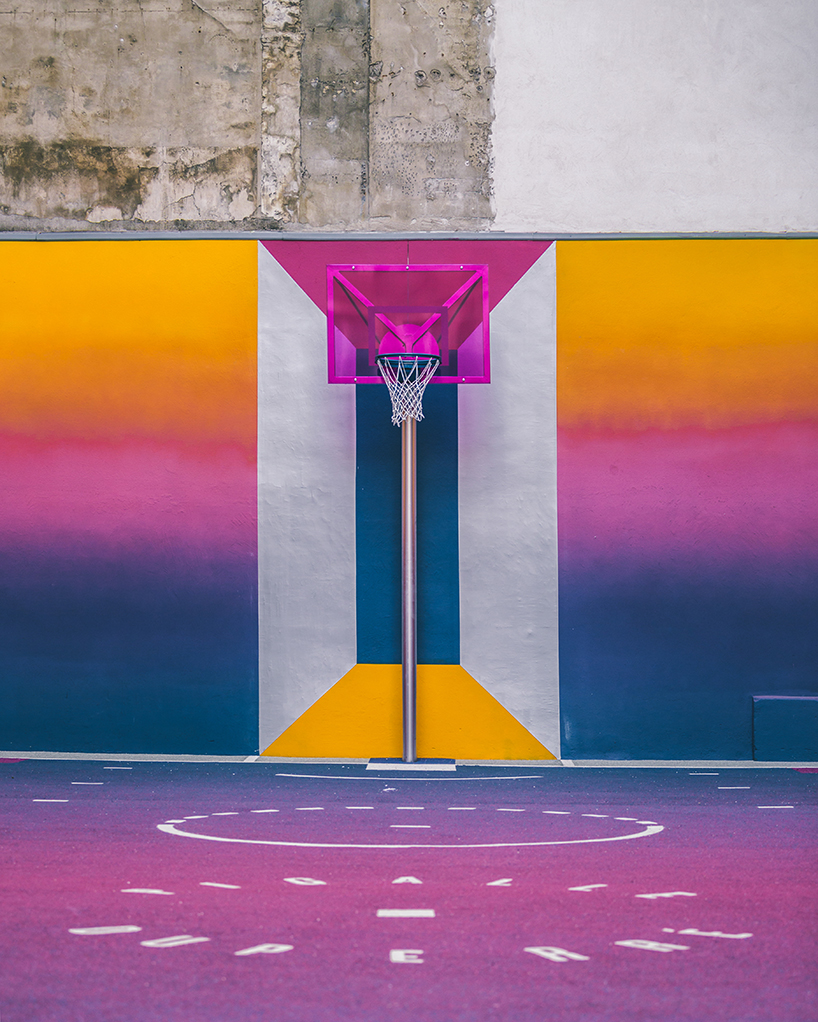 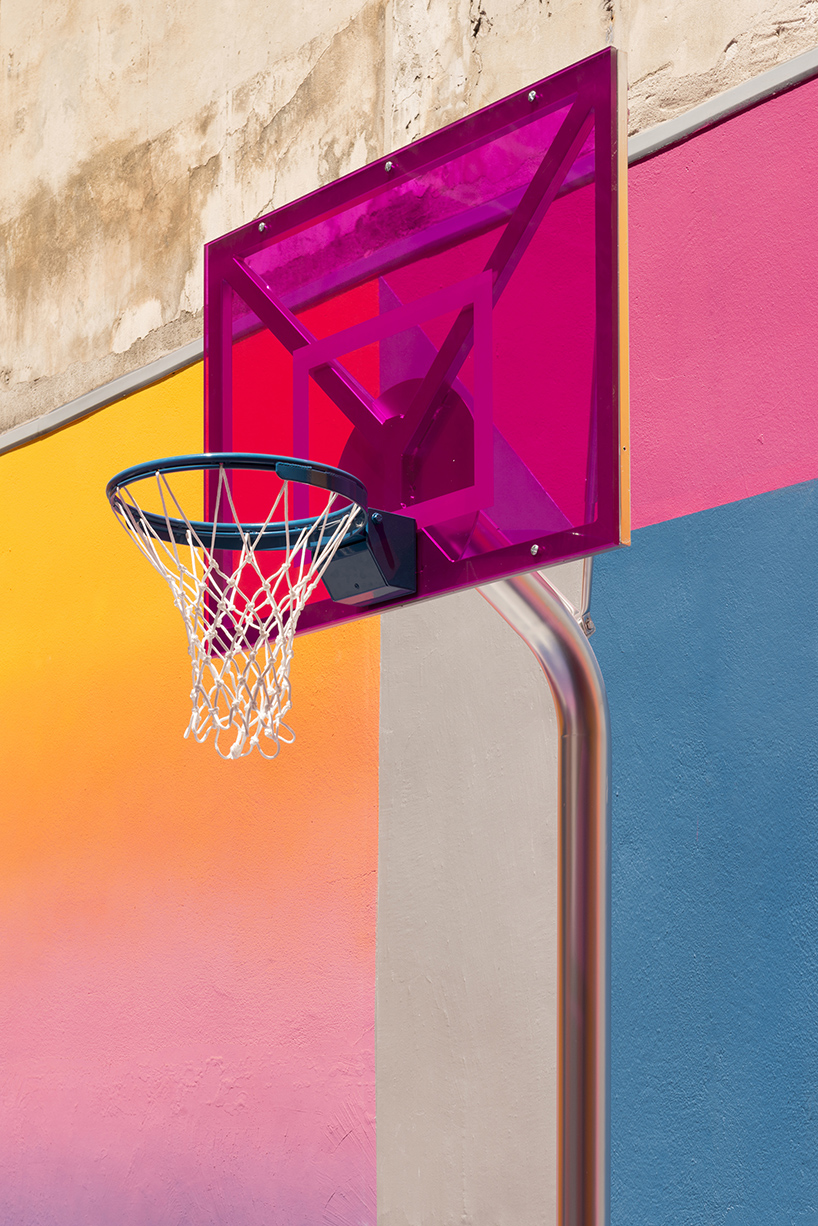 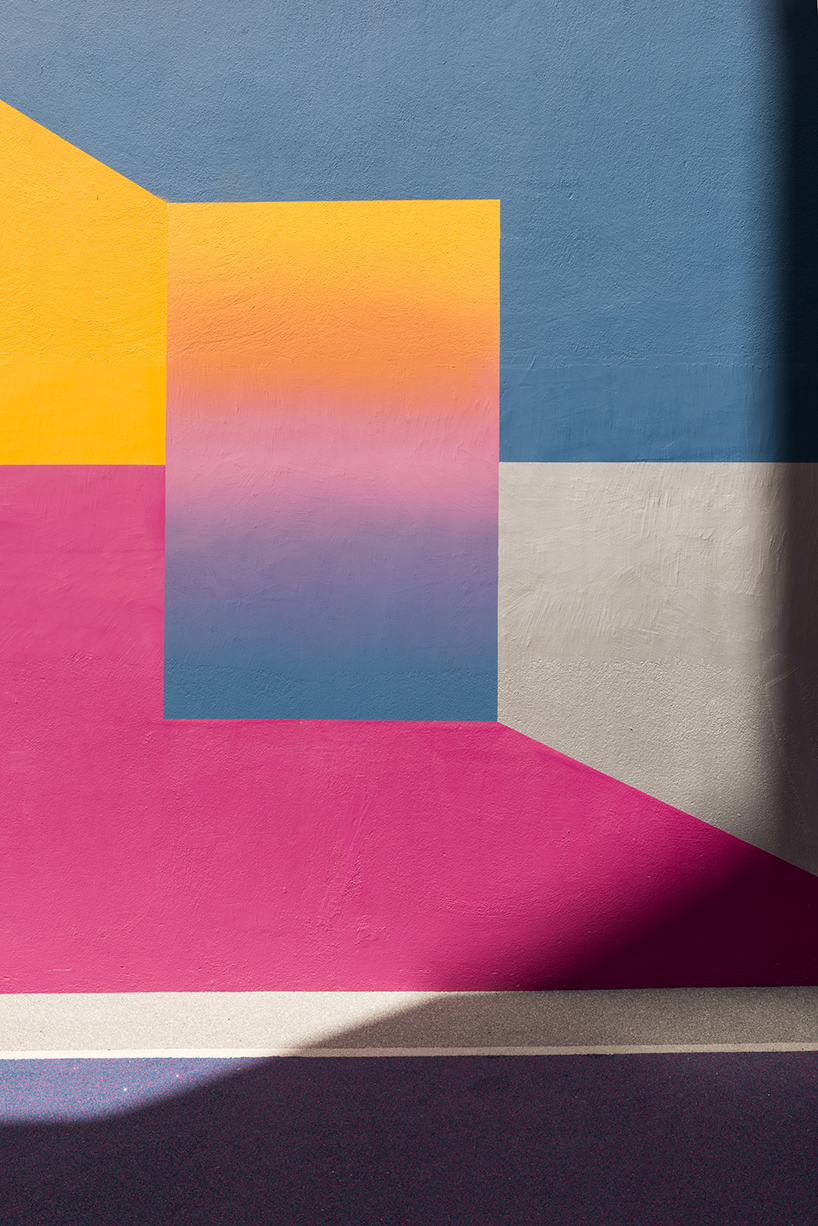 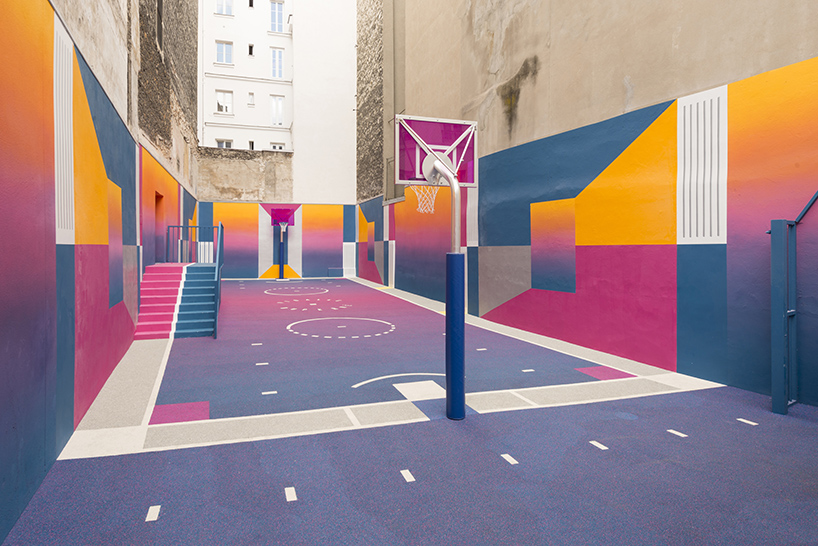 Whilst we’re not the biggest basketball fans here at Coolector HQ, we know great work when we see it and that’s definitely what’s on offer here with this amazing reimagining of a basketball court’s aesthetics from Pigalle and Ill Studio, created to announce and celebrate their new collaboration with NikeLab.

Written By
Leo Davie
More from Leo Davie
Bangkok is rapidly becoming a home away from home for us at...
Read More