Baseball is, of course, one of America’s best loved pastimes and understandably so when you consider its rich history that has taken the game to where it is today and one of the most integral components of this were the Negro Leagues of the early 20th century and whilst baseball was one of the first American sports to integrate, it wasn’t always the case and these fantastic Pillbox Bat Co Negro League Baseball Bats celebrate some of the most iconic teams of the pre-integration era of baseball. 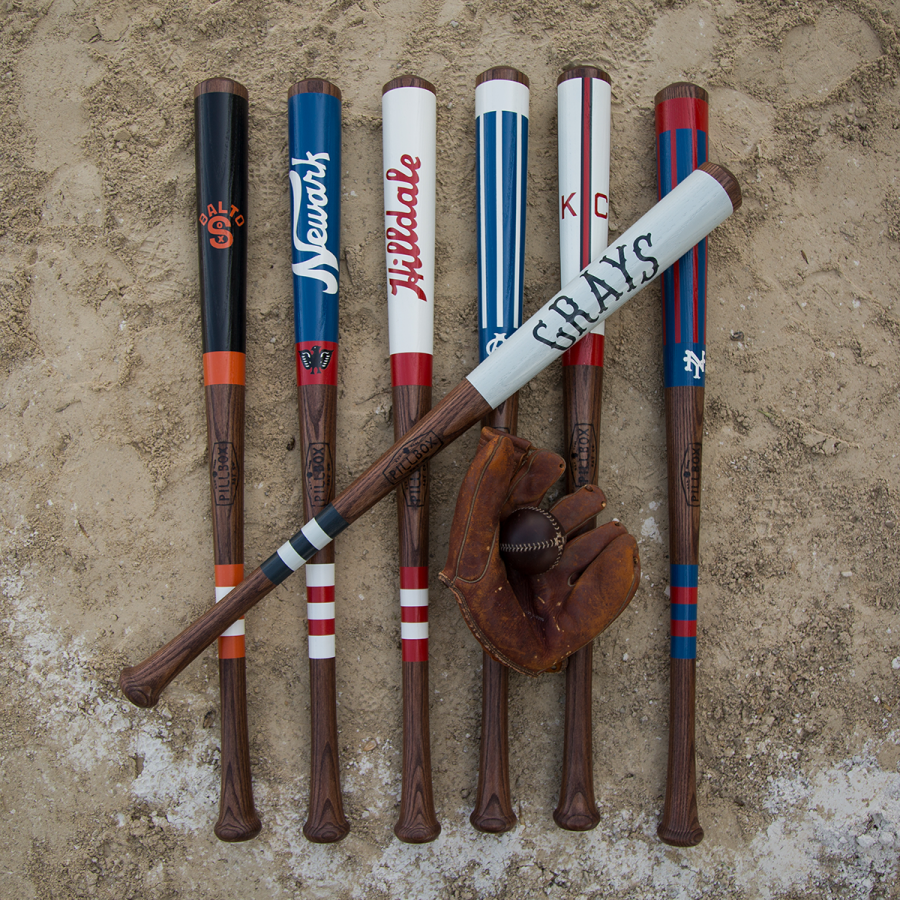 Officially licensed by the Negro League Baseball Museum, these USA made baseball bats from Pillbox Bat Co are a wonderful nod to the important role that these leagues played in the overall integration in the world of baseball and showcases the important role that baseball held in the civil rights movement in America. The Pillbox Bat Co Negro League Baseball Bats are hand painted and boast a really striking aesthetic that will make them a great addition to any baseball fan’s display or rotation of bats.

These exceptional bats from Pillbox Bat Co are a celebration of the unsung heroes who plied their trade in pre-integration baseball in the early parts of the 20th century where teams like the Hilldale Giants, Baltimore Black Sox and Kansas City Monarchs were showcasing their talents on the baseball diamond. These magnificently crafted bats are a fitting tribute to all that was achieved in the Negro Baseball League and celebrates how it was a pre-cursor to an integrated league of players. 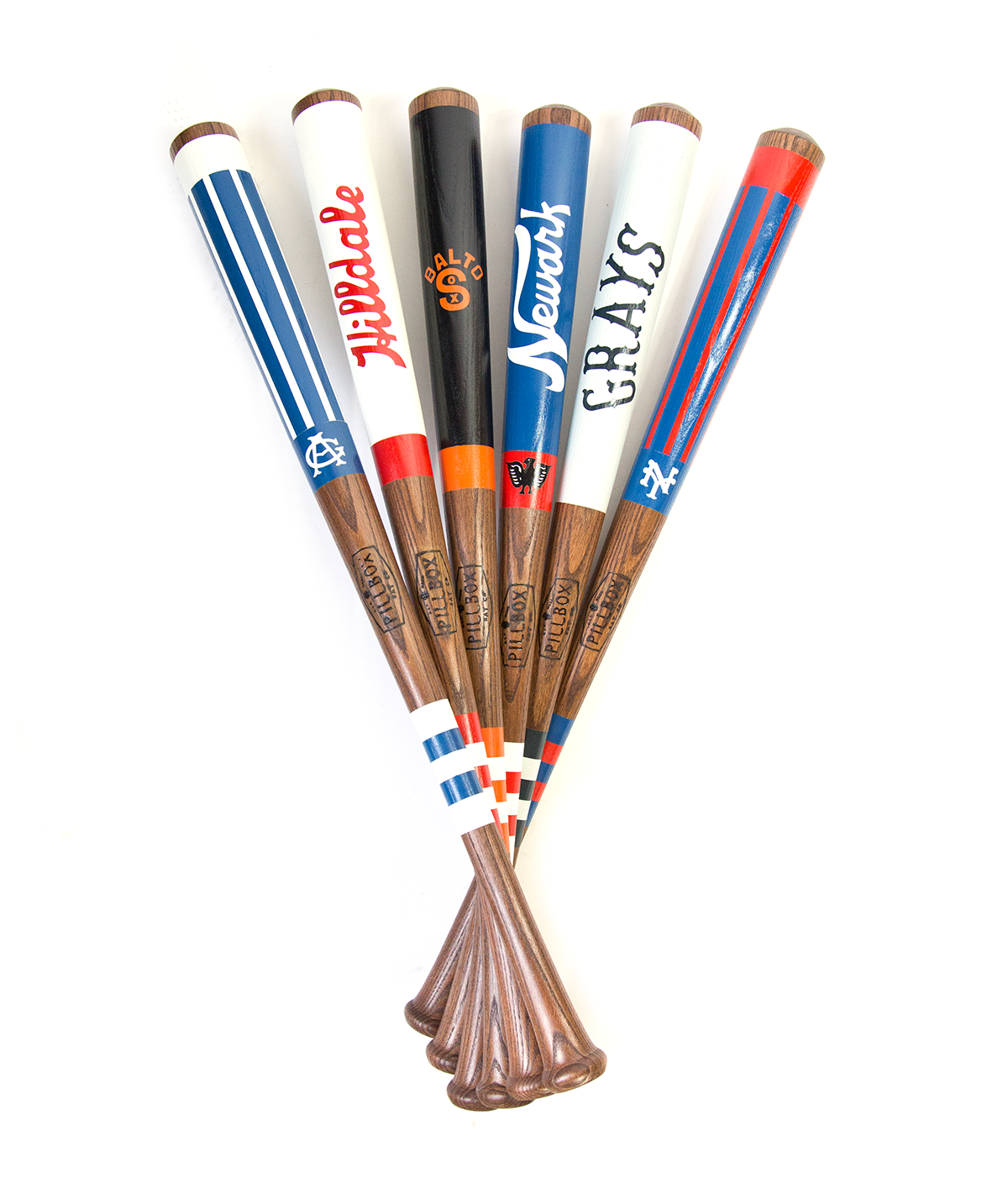 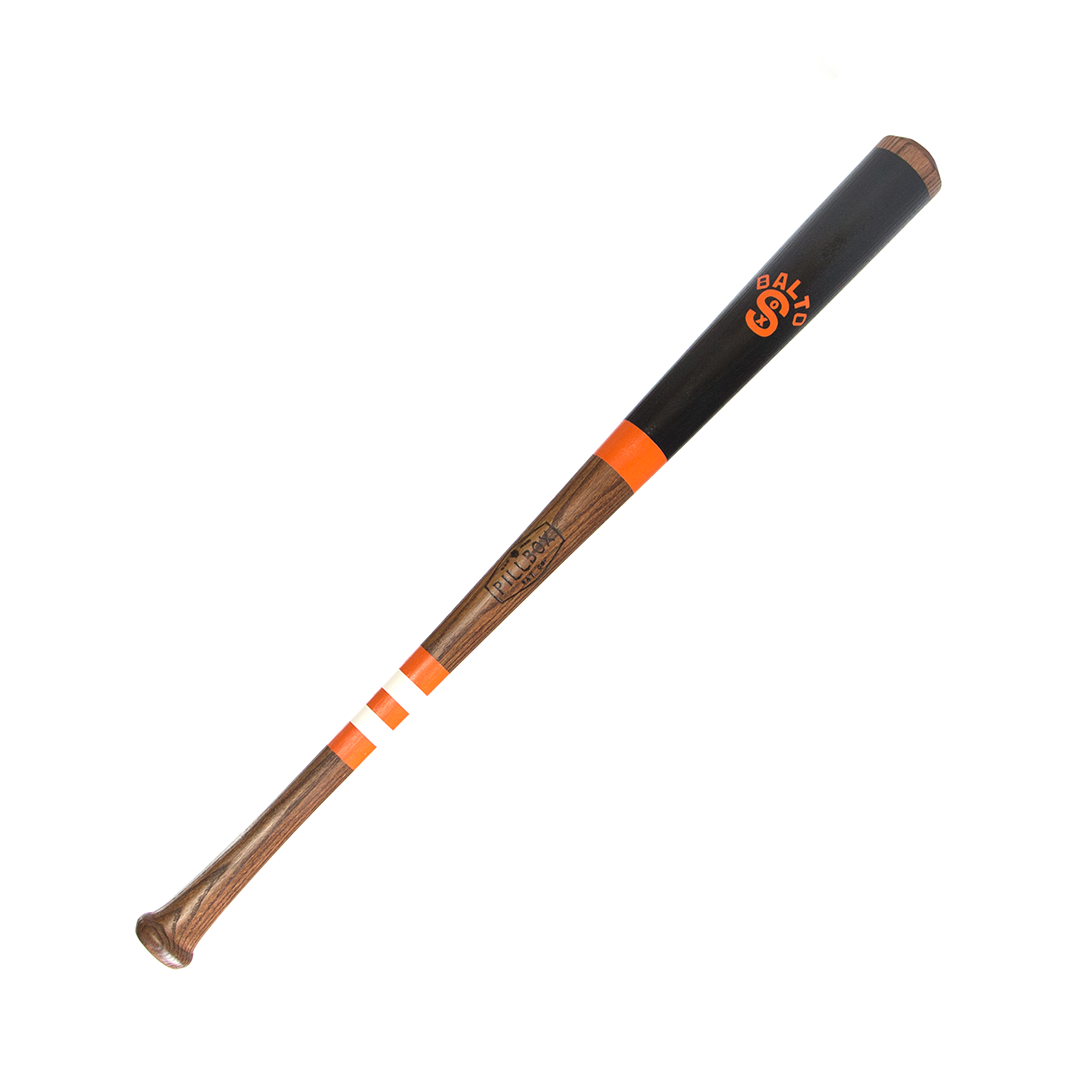 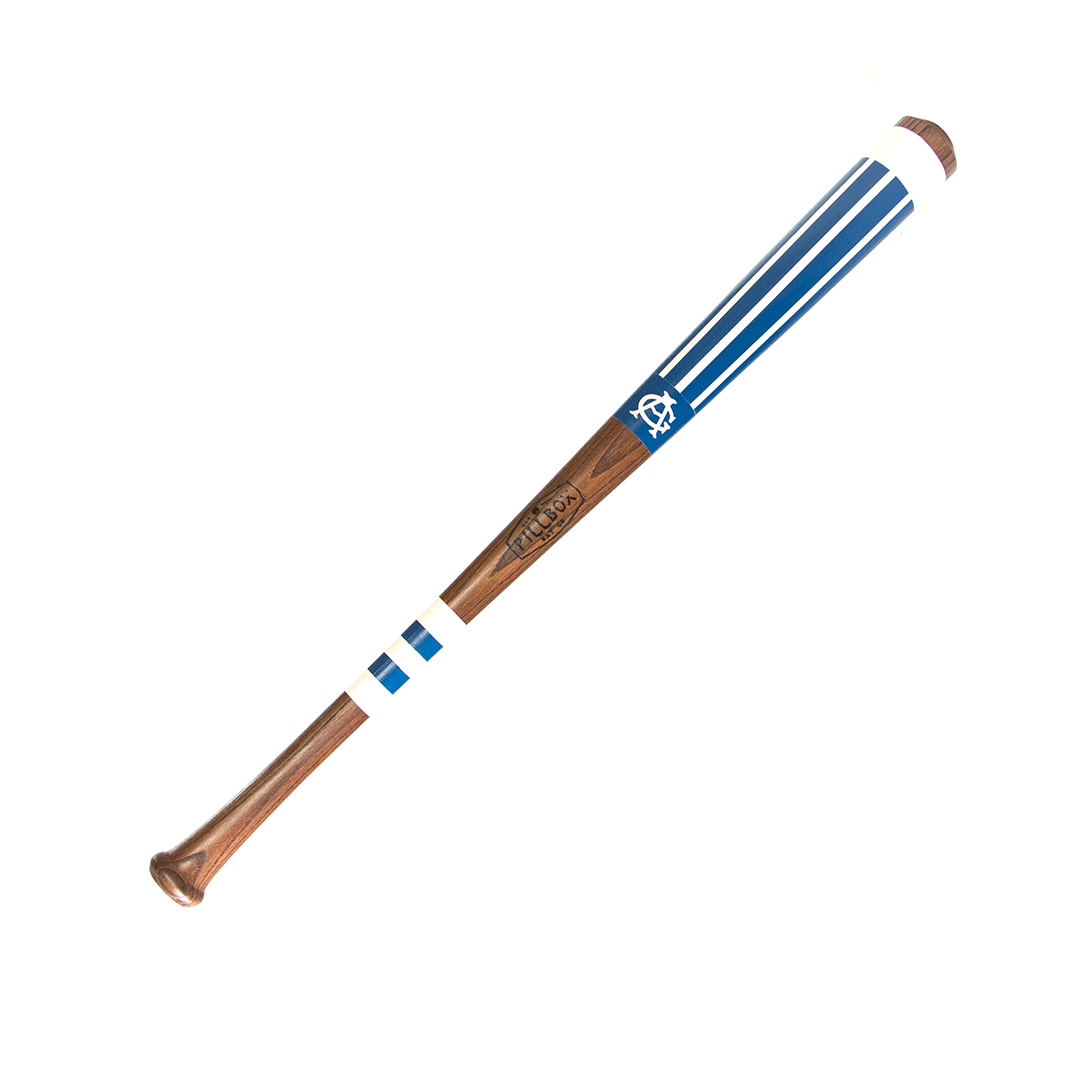 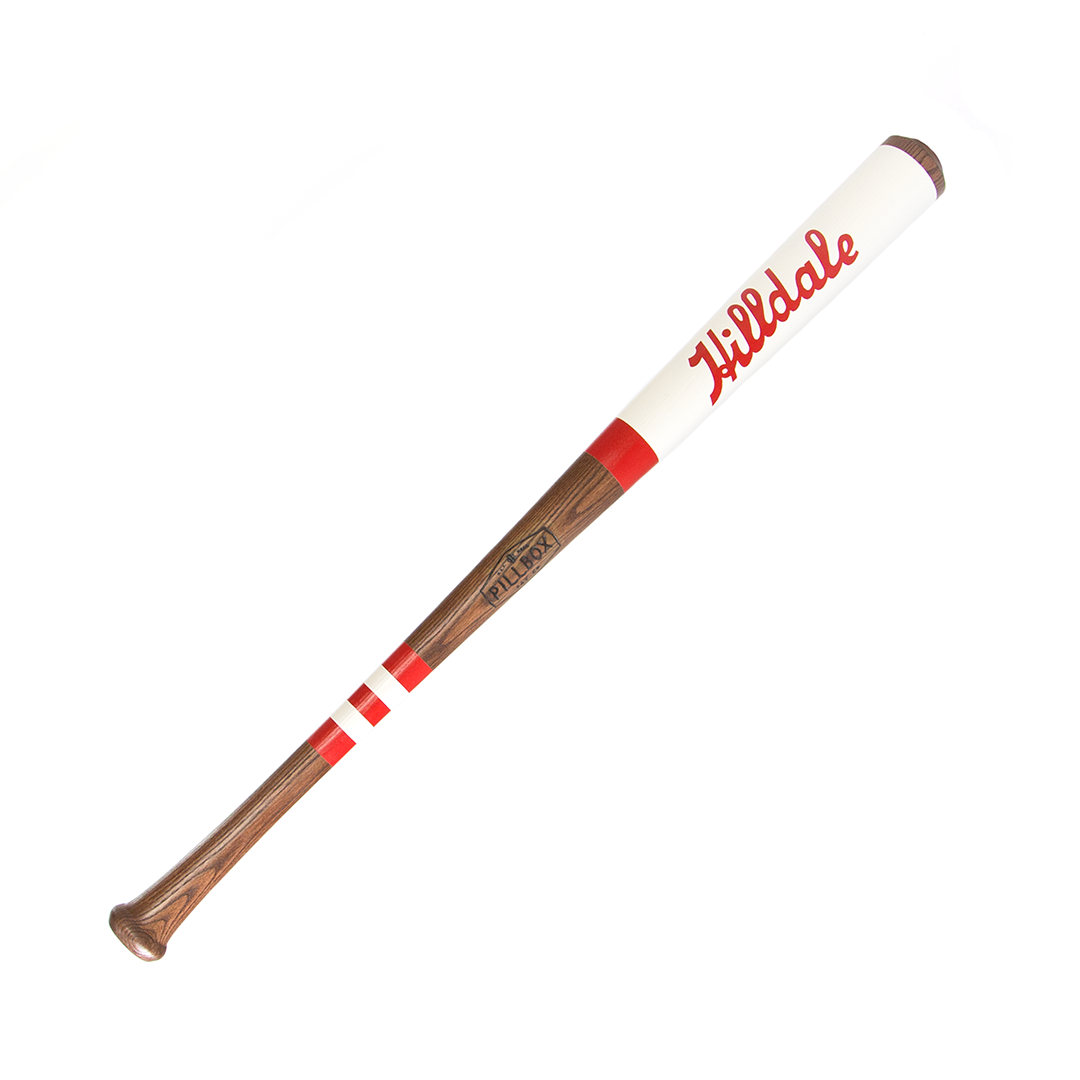 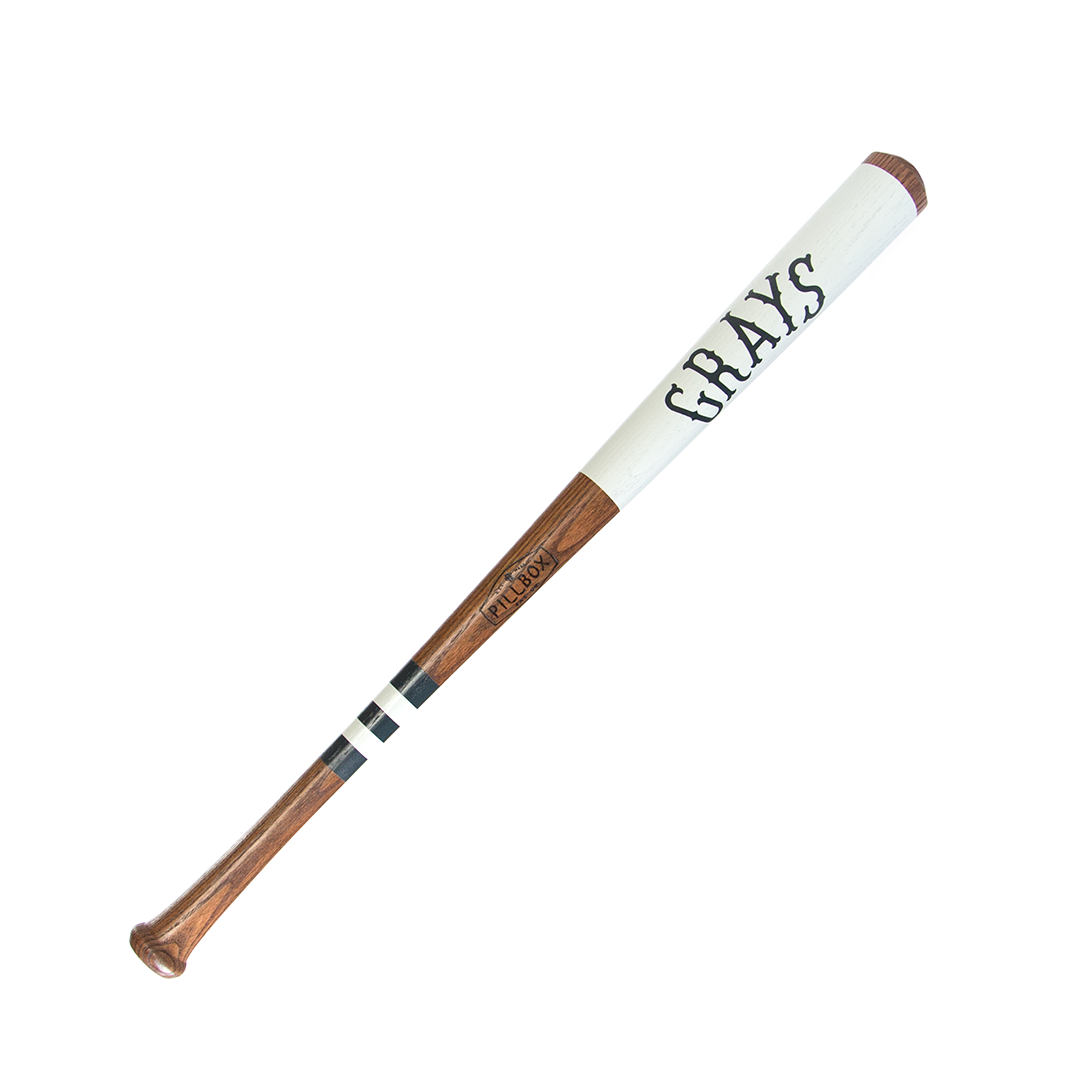 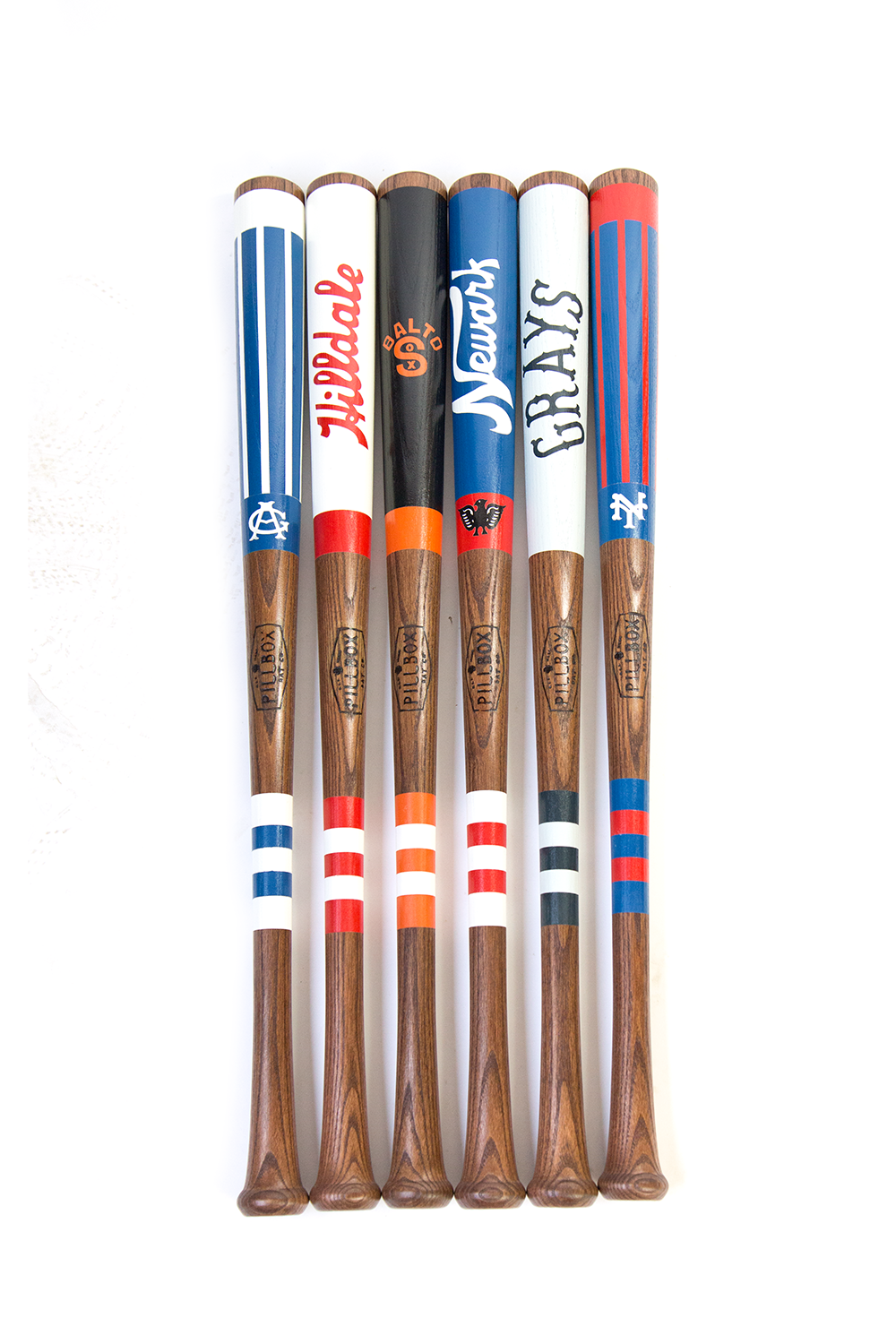 The Pillbox Bat Co Negro League Baseball Bats are made with a real attention to detail, as is the case with all the offerings from this effortlessly cool brand, and such is the impeccable styling of the bats, you’ll likely want to put them on display as much as you’ll want to use them to hit a few home runs. The attention to detail that has gone into capturing the essence of the teams from the early 20th century is something to be applauded and if you want to own a piece of baseball history, these bats are a good place to start in our opinion. 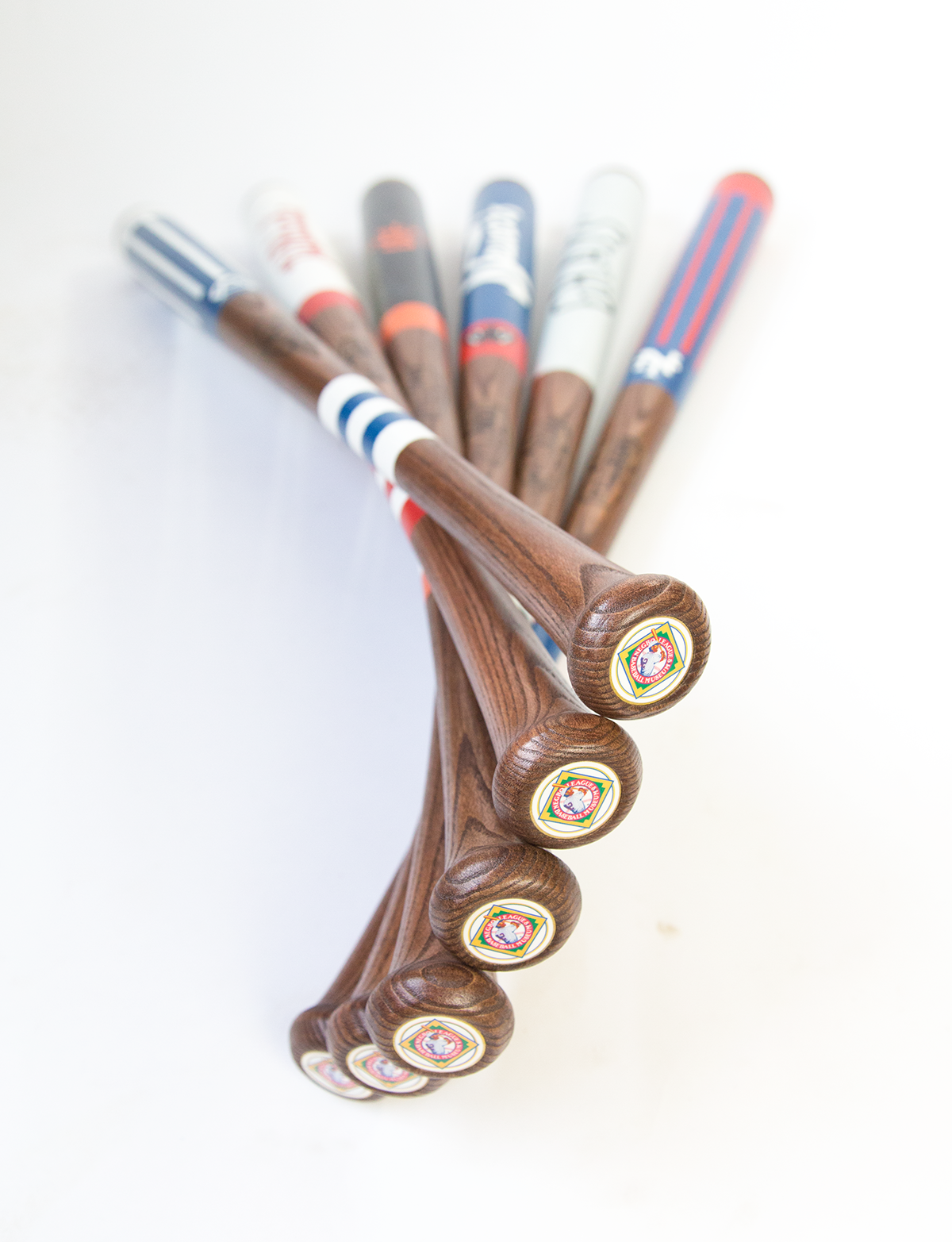 With seven bats to be enjoyed within the Negro League Collection of Baseball Bats from Pillbox Bat Co, you’re sure to find one that fits the bill from a visual and team supporting perspective and they are crafted from solid Ash wood and feature the colour scheme and logo of one of the most influential Negro League teams. With the full backing of the Negro League Baseball Museum, there is such gravitas to these bats and we’re loving their aesthetics here at Coolector HQ.

The Negro Leagues of American baseball were a real stepping stone to the integrated game that it has become and Pillbox Bat Co are keen to celebrate the amazing players and teams of this league with these eye-catching and wonderfully well crafted bats. With aesthetic appeal that is off the charts and the fact they are made from top of the range materials makes these a great investment for any lover of the game and with seven to choose from, you’re sure to find the ideal bat for you. 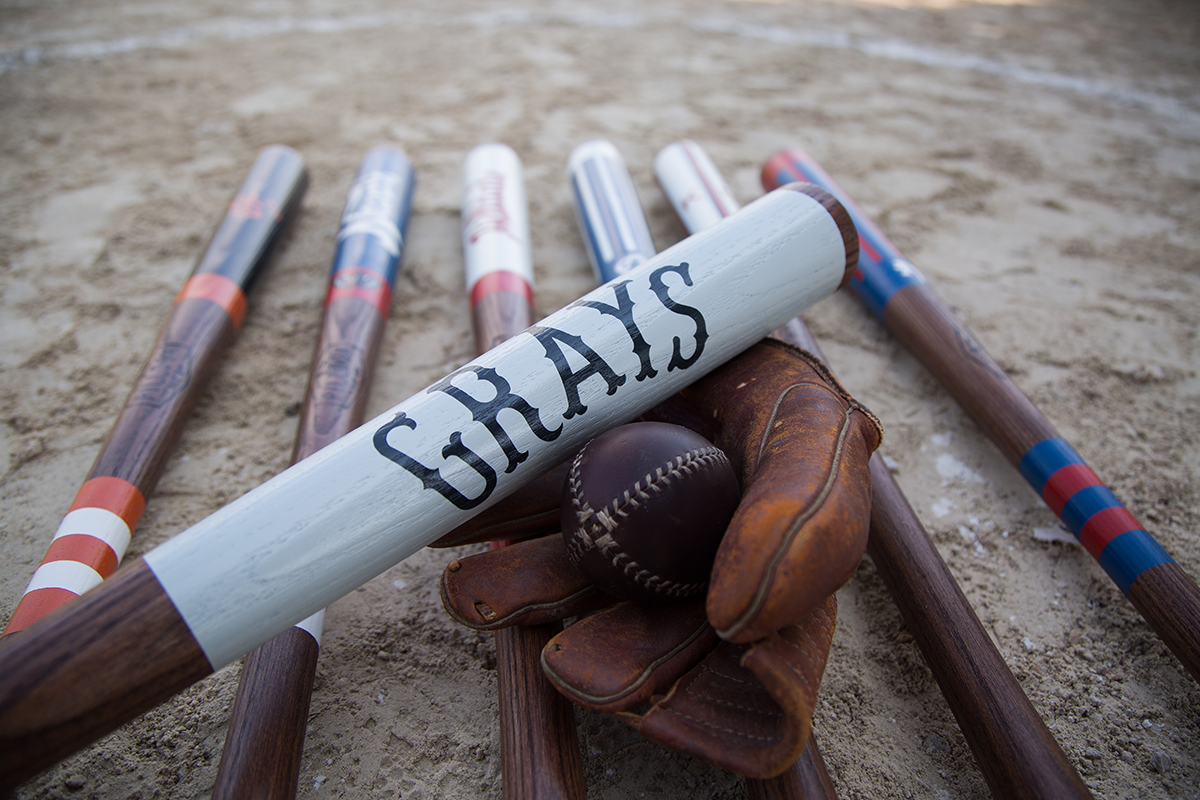 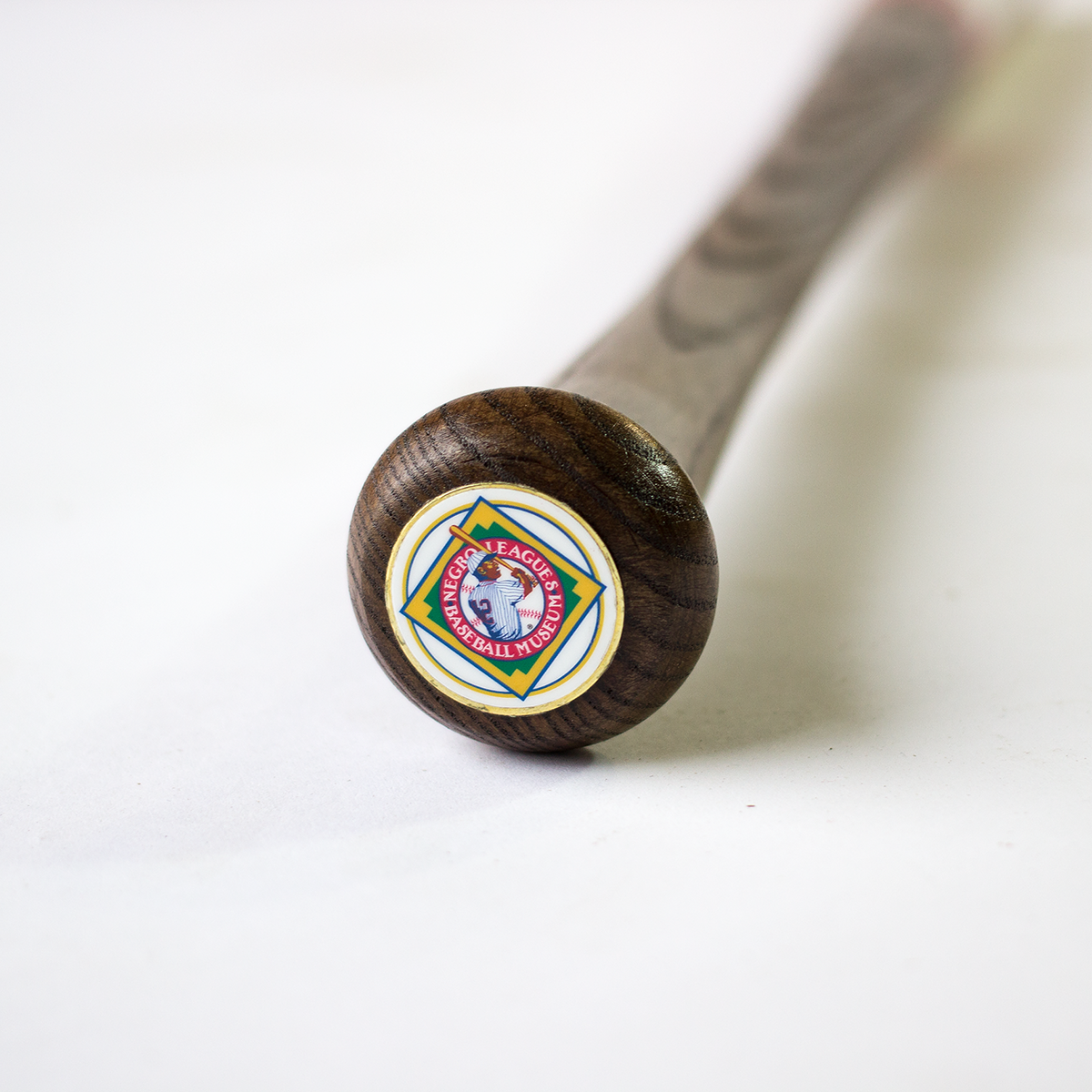 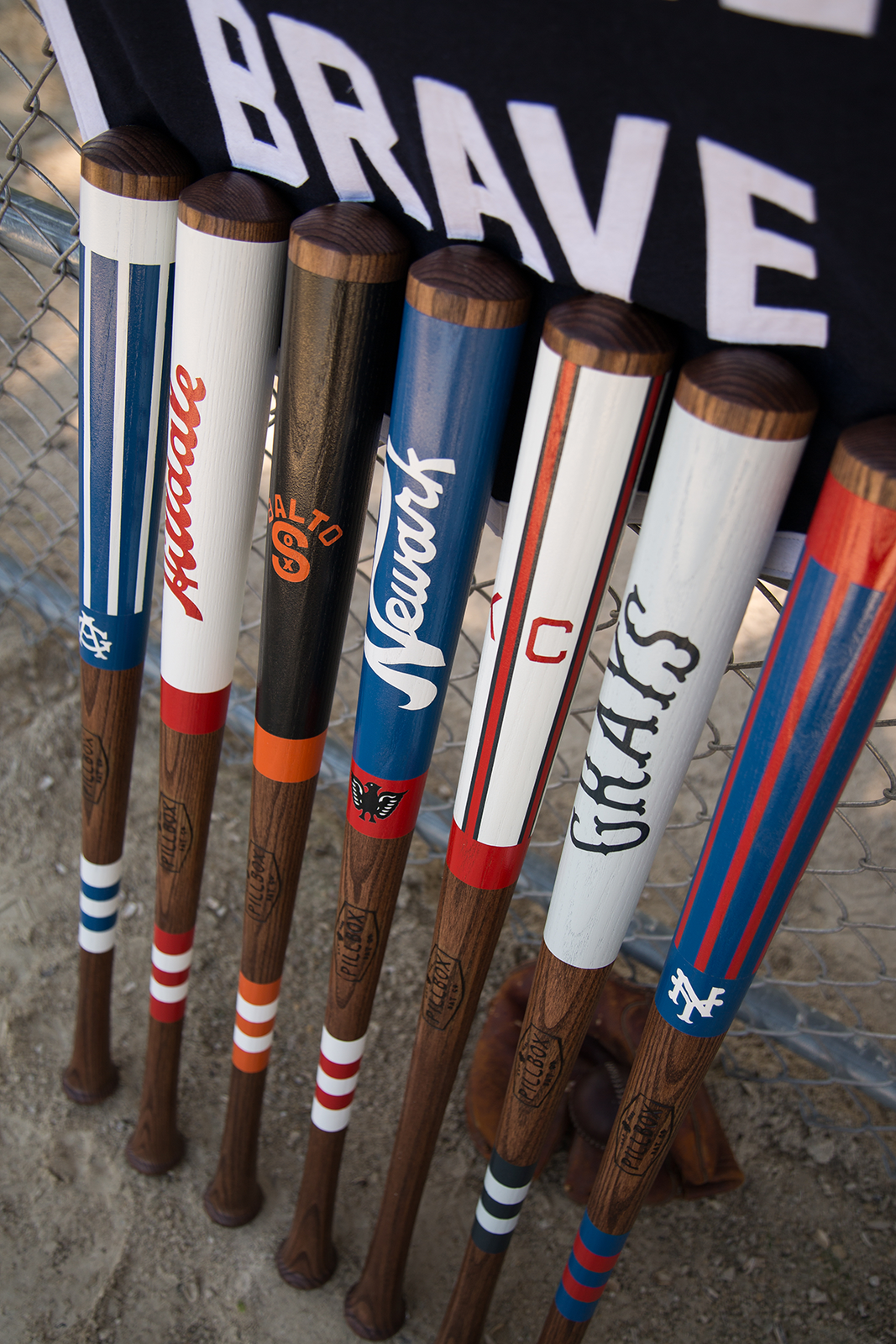 Costing just $220 and with each one made to order (meaning they can take a couple of weeks for delivering, as a result of the intricate hand painted detailing), you’ll be blown away by the quality craftsmanship of these bats and we can’t wait to see what else this baseball loving brand have got up their sleeve for 2018.