When thinking of the best watchmakers in the world, most people’s thoughts will inevitably gravitate towards Switzerland and the likes of IWC, Breitling, Audemars Piguet et al but, we’re glad to report that we’ve actually got some first class watchmakers on our own doorstep here in the UK. In our opinion, few better Pinion watches and this is something which is wonderfully well illustrated by one of their latest timepiece releases, the Revival 1969 Watch. 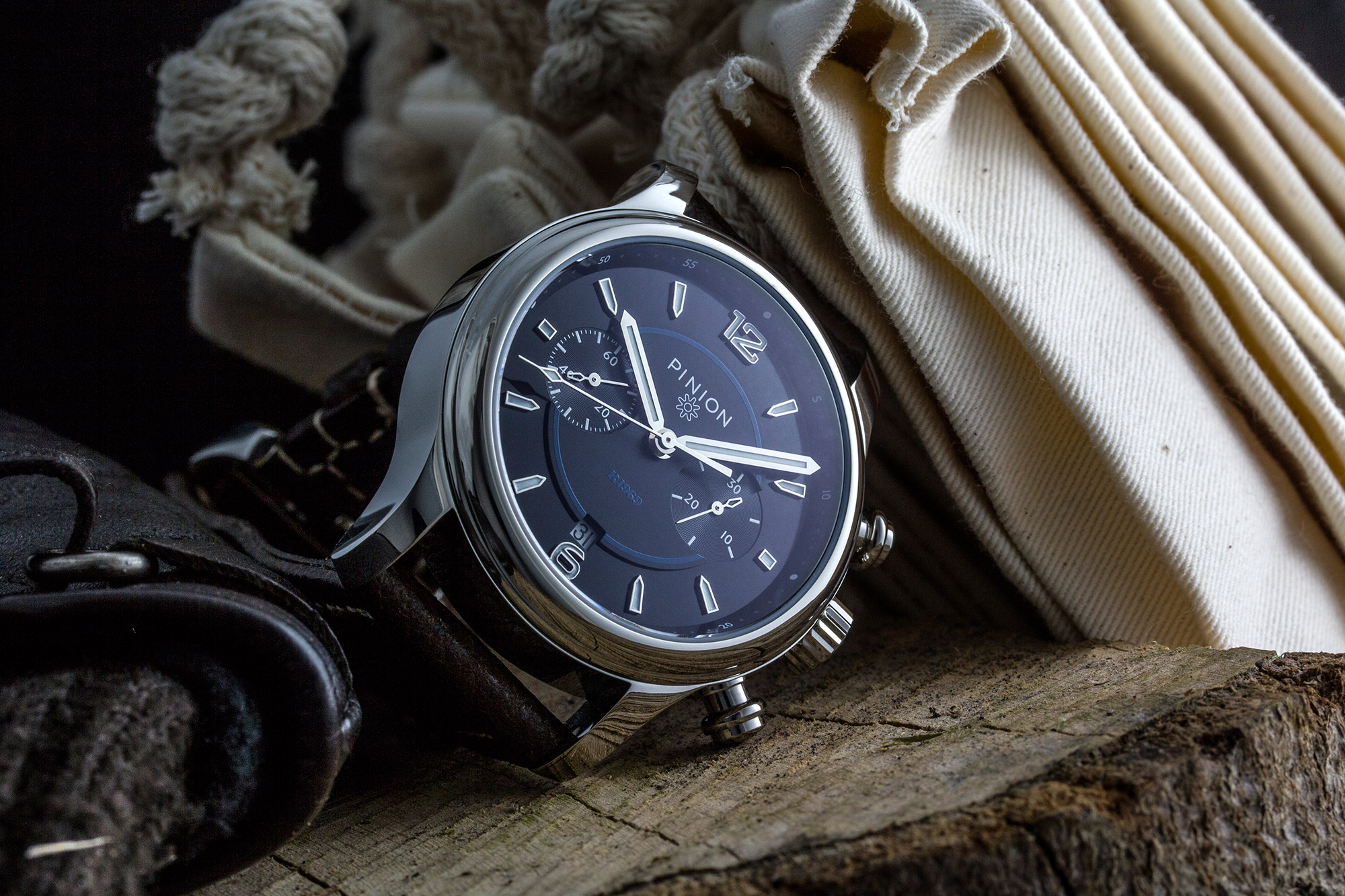 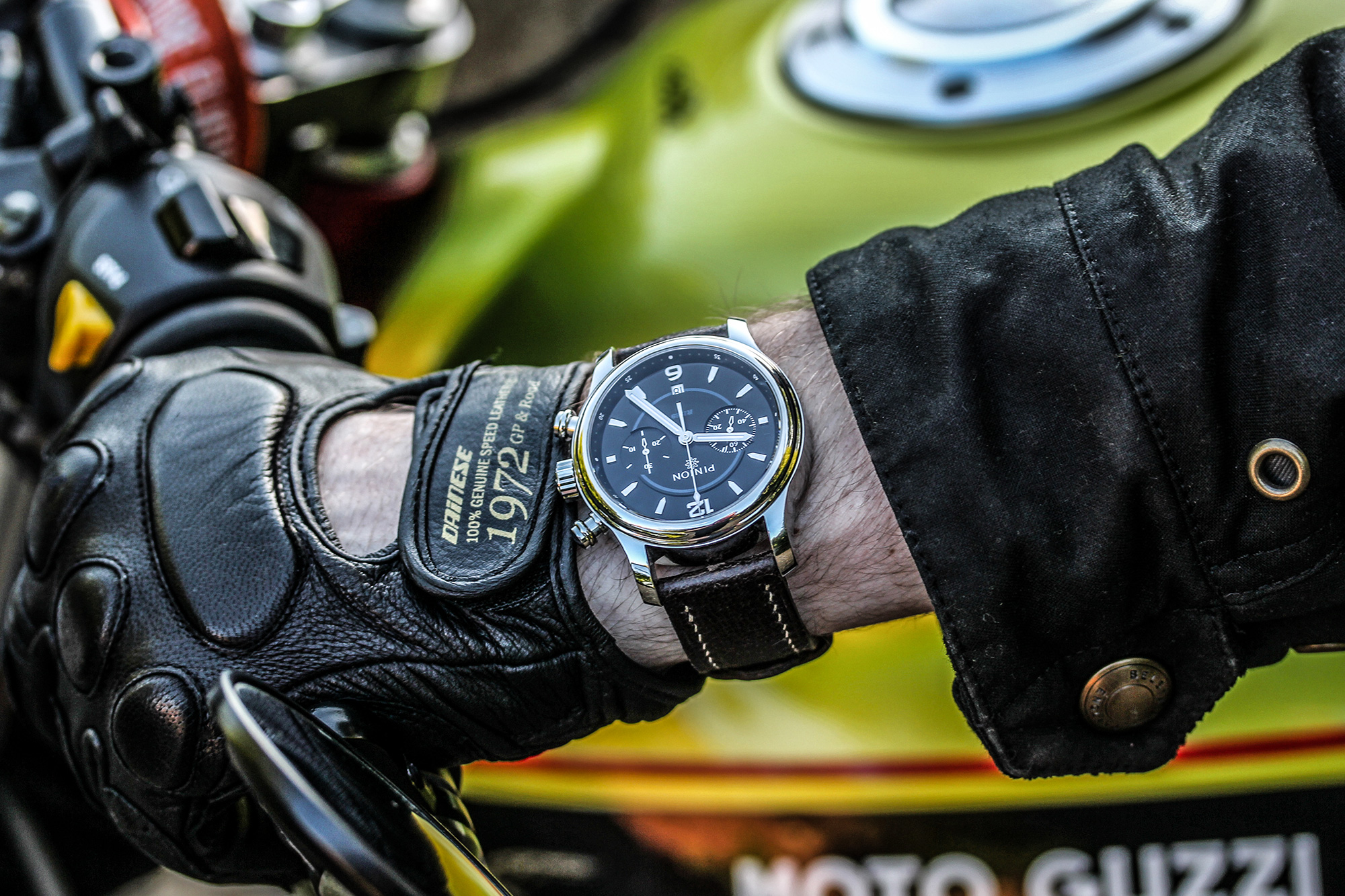 Pinion may not boast the same heritage that is witnessed with the aforementioned Swiss watchmakers but what they lack in tradition and centuries of watchmaking experience seems to be by the by when you take in the calibre of the watches that they are capable of producing. The Revival 1969 Watch from Pinion will be well received by horology aficionados for all sorts of reasons but, first things first, it simply looks incredible.

A Sight to Behold

The Pinion 1969 Revival Watch is positively packed full of incredible features but the most stand out one is the choice of movement that it has. It uses the iconic Valjoux 7734 hand-wound movement and, somewhat fantastically, uses original movements from 1969 that never found their way into timepieces – until now that is. 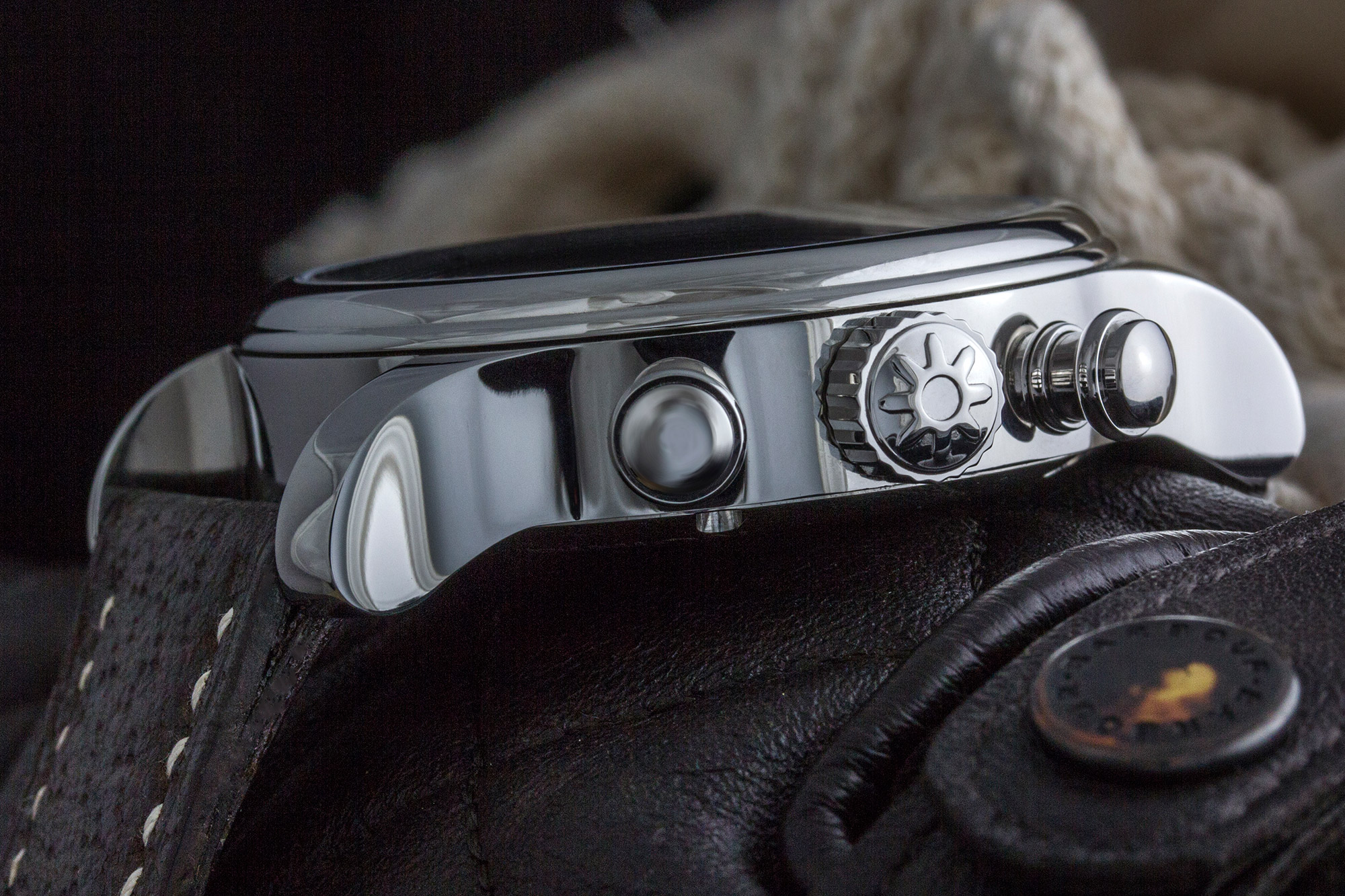 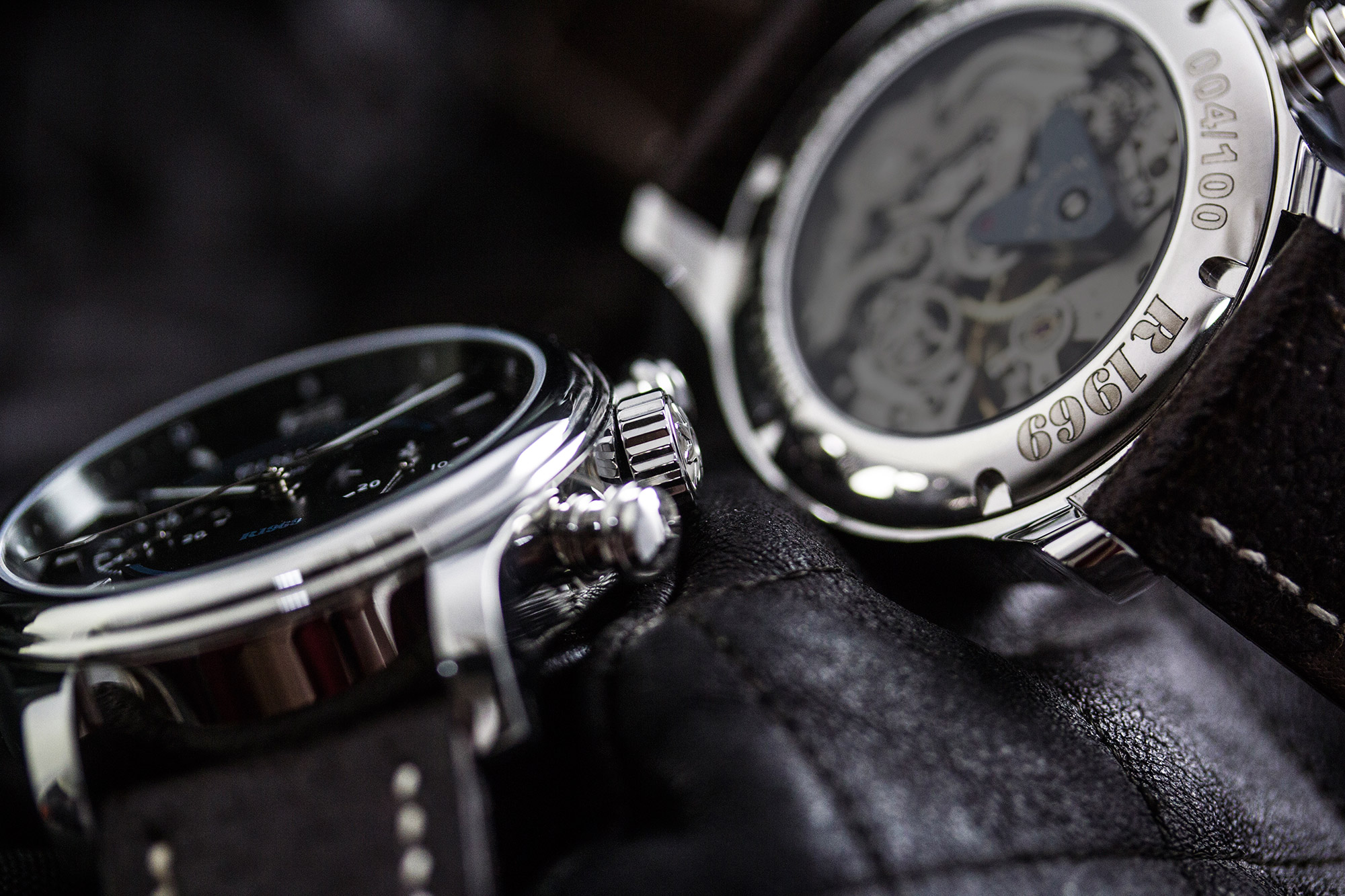 Additionally the Pinion Revival 1969 Watch has another mighty impressive feature that allows you to see time on both sides of the watch face. With a conventional dial to the front, the Revival 1969 Watch has on the reverse of the watch, visible in full through a spectacular grey smoked glass exhibition case back, the ability to see time as it was measured in the past, in the form of a stunning NOS Valjoux 7734 hand-wound movement from 1969.

Brilliantly described as “Born in Switzerland, Raised in England”, the Pinion Revival 1969 Watch really is the best of both worlds and not only has the sort of automotive inspired aesthetic that we’re such big fans of here at Coolector HQ along with some of the finest materials imaginable used in its construction. 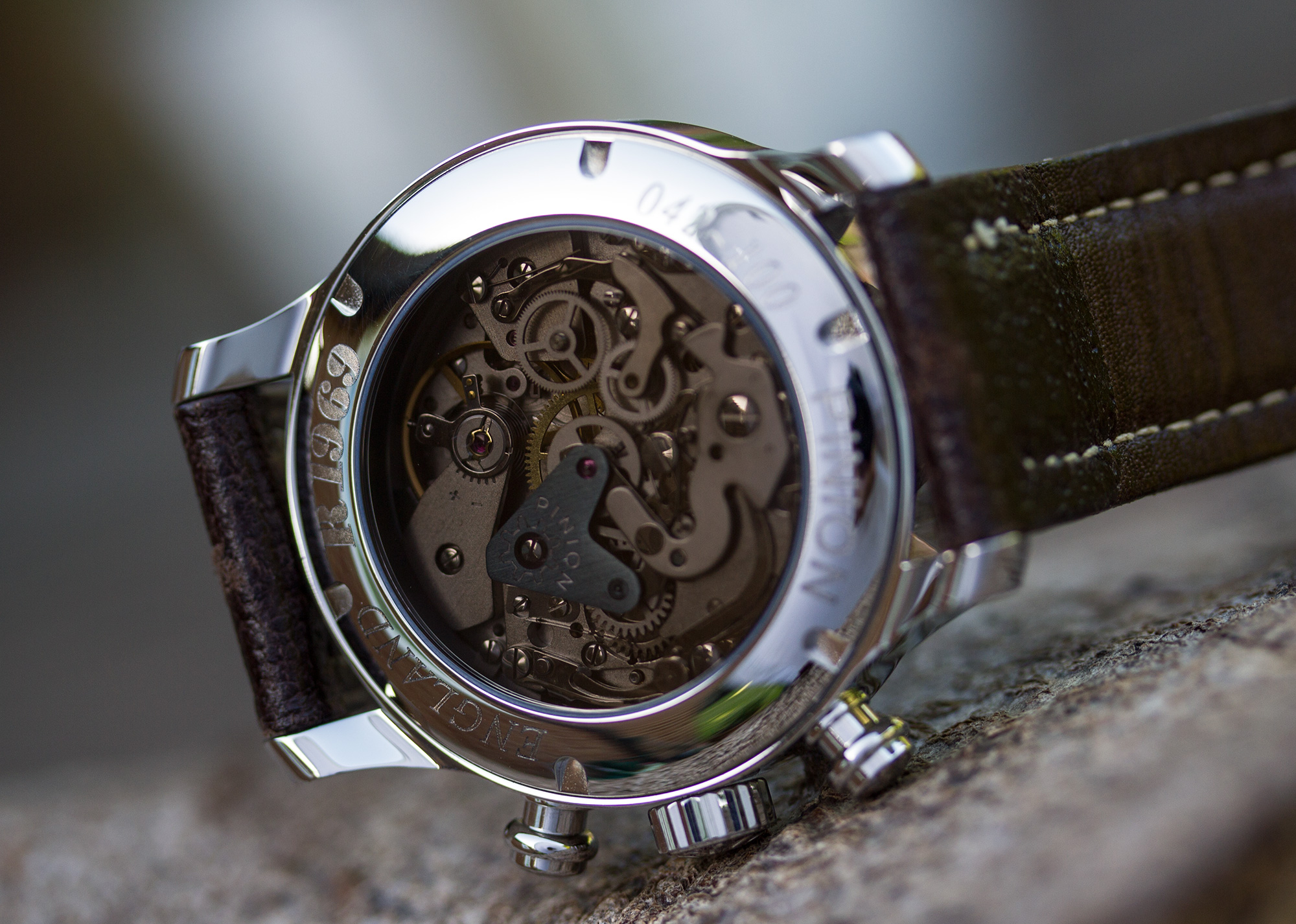 Limited to just 100 pieces, you’re certainly going to need to move fast if you want to get one of these amazing watches on your wrist and with first class features such as a 45 hour power reserve, INCABLOC shock resistance, the Valjoux 7734 (1969 New Old Stock), Glycodur balance movement and a 316L stainless steel finish, you can rest assured that the Pinion Revival 1969 Watch will be positively flying off the shelves.

Born in Switzerland, Raised in England

Pinion are well know for their limited release, small batch collection of watches and their Revival 1969 is, in our humble opinion, their best and most striking to date. Gloriously well-crafted and aesthetically superior in almost every conceivable way, we won’t be surprised if these sell out sooner rather than later.