We love wallets here at Coolector HQ and we’re always looking for new means for porting around our pocket detritus and, during one of these routine searches, we happened across a project that engaged us both on an aesthetic level but, much more importantly, on a conscience level as well and this project goes by the name of the Quagga Wallet.

The story behind the Quagga Wallet is a highly important one and one that we’re fully behind here at The Coolector. In essence, this Kickstarter project is a limited edition offering of wallets – 3200 will be produced to reflect the mere 3200 tigers left in the wild – which is a shockingly low number and this brilliant project is endeavouring to bring light to the plight of tigers and produce a genuinely stylish product in the process and, by jove, they’ve done it with the excellent looking Quagga Wallet.

The wallet is so called after an animal that went extinct in the 19th century, the quagga, and, if we’re not careful, tigers will be going down the same route unless actions are taken to preserve them. Whilst it is unlikely that this project will help stem the tide of tiger decline on its own, it’s definitely one worthy of shouting about as they are playing their part in helping to generate support for the cause of tigers.

The wallet itself is a mightily stylish affair and has plenty of impressive features such as a tiger logo designed by a Reebok designer, an 8 year guarantee, a material 3 times stronger than leather, a limited edition level of exclusivity and the most important element of a proportion of the profits made being used to help tigers and prevent poaching. Check out a few more shots of this cracking wallet below: 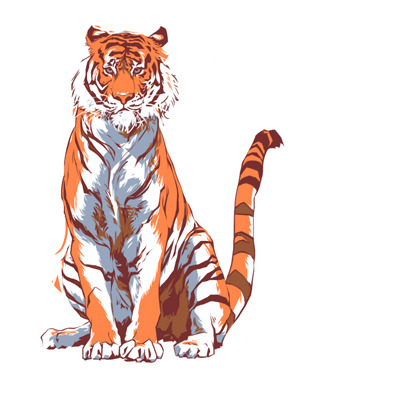 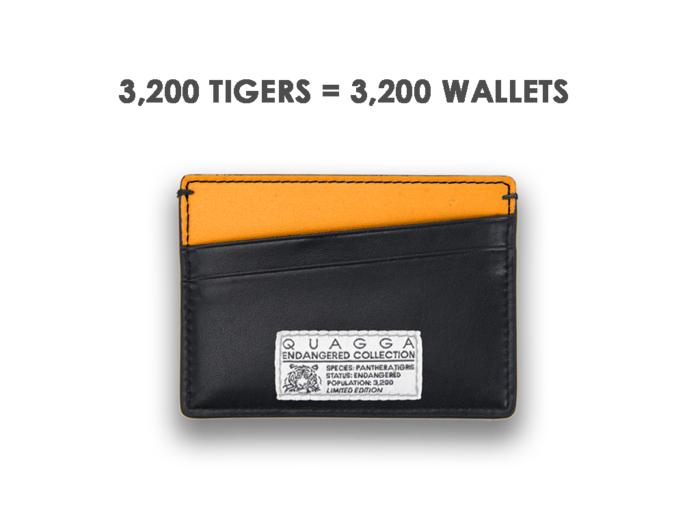 If you want to show your support for this top notch endeavour, there is still just over a week to back the project over on Kickstarter and not only will you be getting your hands on a fantastic looking accessory but will also be playing your part in helping put an end to the practice of poaching in Asia which is decimating tiger populations.