Perfectly located and luxuriously appointed, the Radisson Blu Edwardian Hotel is the ideal base for any Manchester based adventures you have planned.

Manchester is a city that we’ve only had the pleasure to visit a few times here at Coolector HQ so when the opportunity arose to down tools and head north of the wall so to speak, we jumped at the opportunity and, as luck would have it, wound up staying at one of the coolest hotels we’ve encountered in some time in the form of the impeccably situated and wonderfully appointed Radisson Blu Edwardian Hotel in Manchester’s city centre.

Location, location, location is the call of the day here and you’ll be mesmerised by the incredible buildings that surround you everywhere you look upon arriving at the hotel and once you’ve picked your jaw up off the floor from entering the breathtaking lobby, the fun can really begin.

Experience Manchester as it was meant to be experienced. Right in the thick of the action but also so well designed and filled with great services that you don’t need to leave, the Radisson Blu Edwardian really is the best of both worlds. 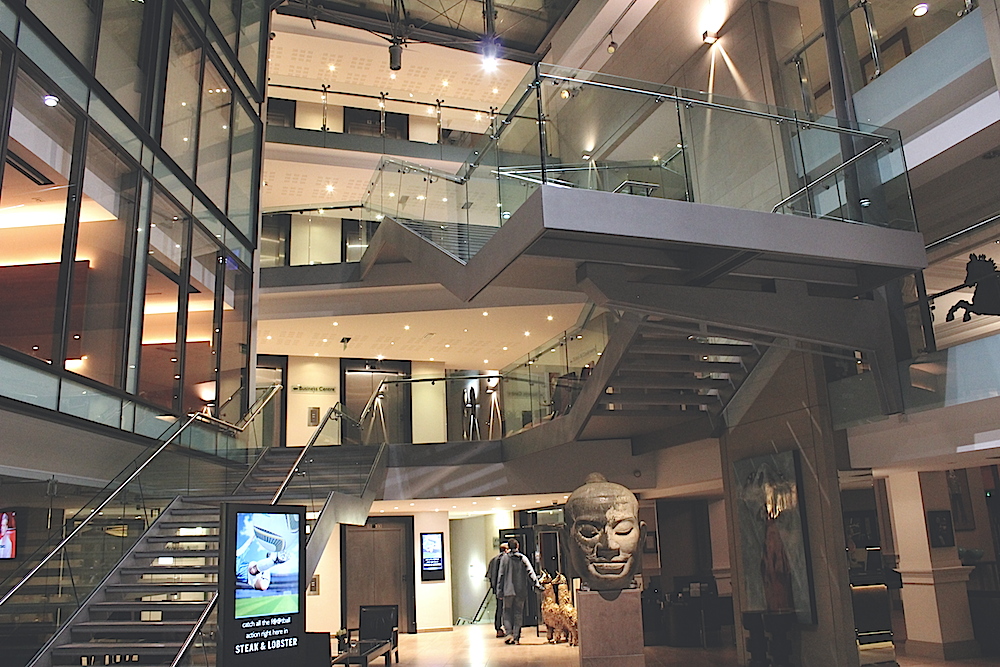 Located in the historic Free Trade Hall in the heart of Manchester, the Radisson Blu Edwardian Hotel is a 5-Star residence with over 260 luxurious bedrooms and two fantastic restaurants to dabble in delicious food and amazingly crafted cocktails. If you’re looking for the ideal spot in which to explore all that Manchester has to offer, this is it and you’ll find yourself in the lap of luxury from the minute you arrive until you reluctantly check out.

Upon arrival at the Radisson Blu Edwardian Hotel, our car was taken from us by the concierge and valet parked in a nearby car park which immediately made the hotel a new friend of ours as we didn’t need to battle the Manchester traffic and could instead focus on getting checked in and enjoying all the hotel’s amenities and the sights and sounds of Manchester itself. 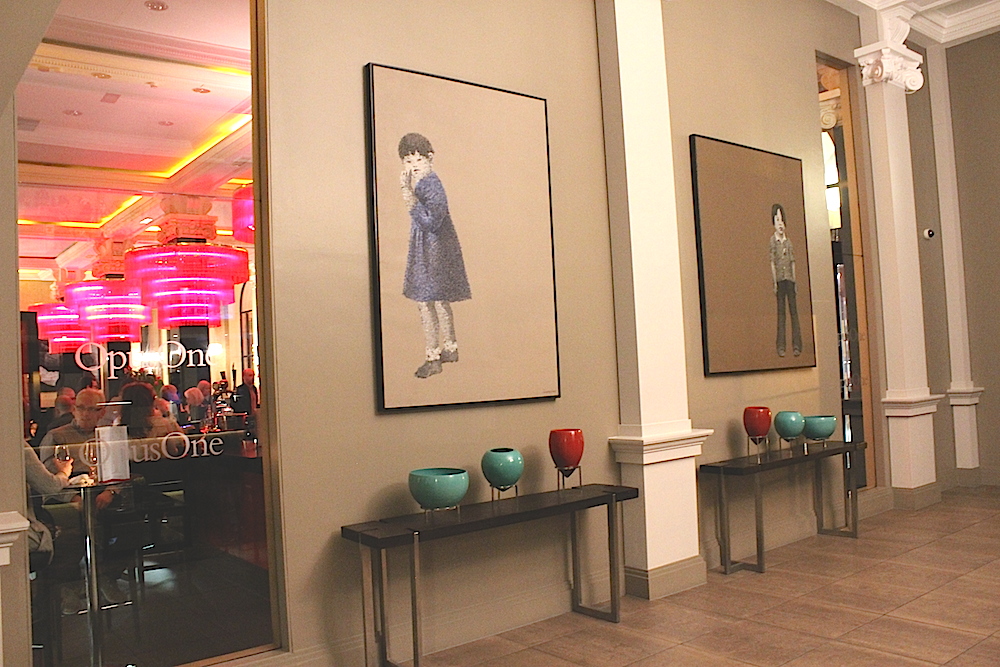 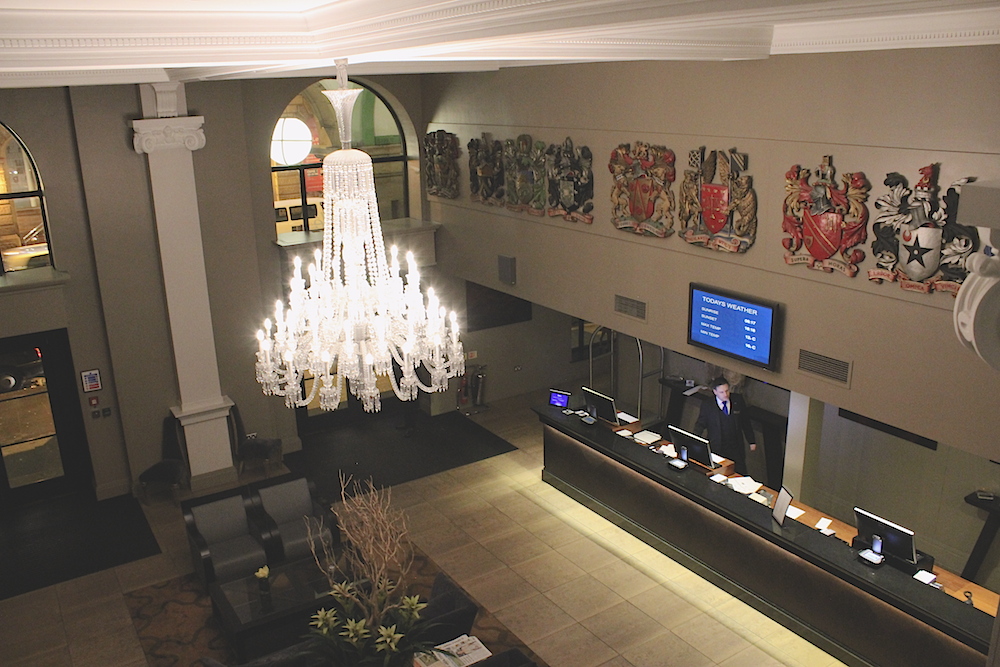 Check in was a streamlined process and we were promptly shown to our room on the 14th floor of the hotel which afforded magnificent views over the city of Manchester and the concierge, Chris, was incredibly helpful and knowledgeable about all that there is to see in do both in the hotel and the surrounding area. 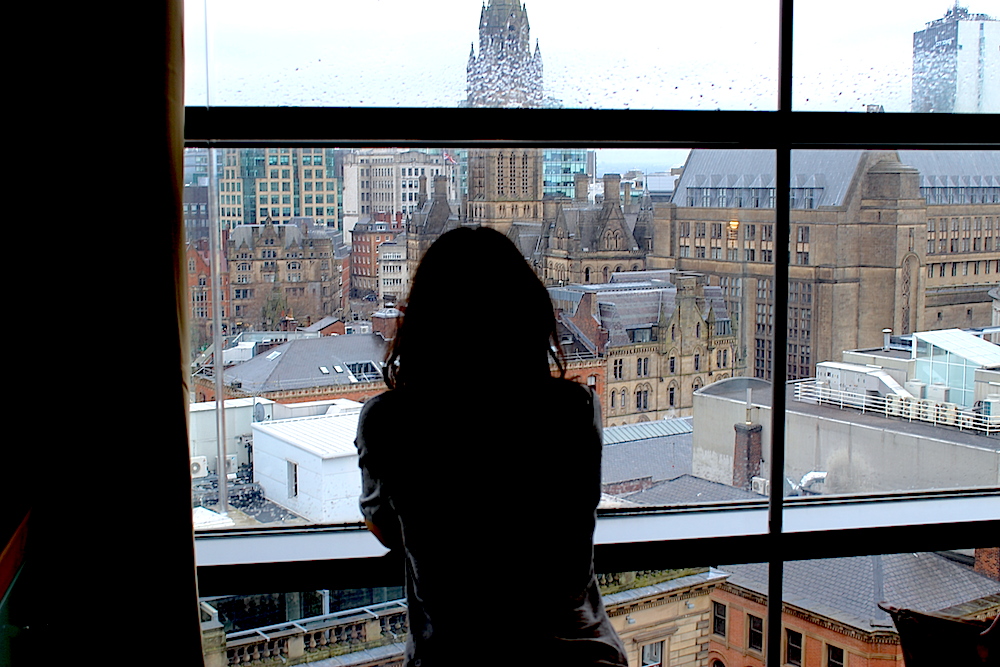 The incredible views were the real stand out feature of our room but it was also a fantastic space in its own right with a particularly striking snake skin style wall that immediately drew the eye. Boasting everything that you could possibly require from a room (pleasingly, including Sky Sports given our love of football here at Coolector HQ), we could have happily spent our whole time in the luxuriously appointed room were there not so much to see and do in Manchester.

Room with a View

Our room at the Radisson Blu Edwardian Hotel was a gloriously comfortable offering with a king-sized bed, super cool, bespoke looking furniture, a Samsung Smart television with a great selection of channels, high speed wireless internet access and artwork adorning the walls. 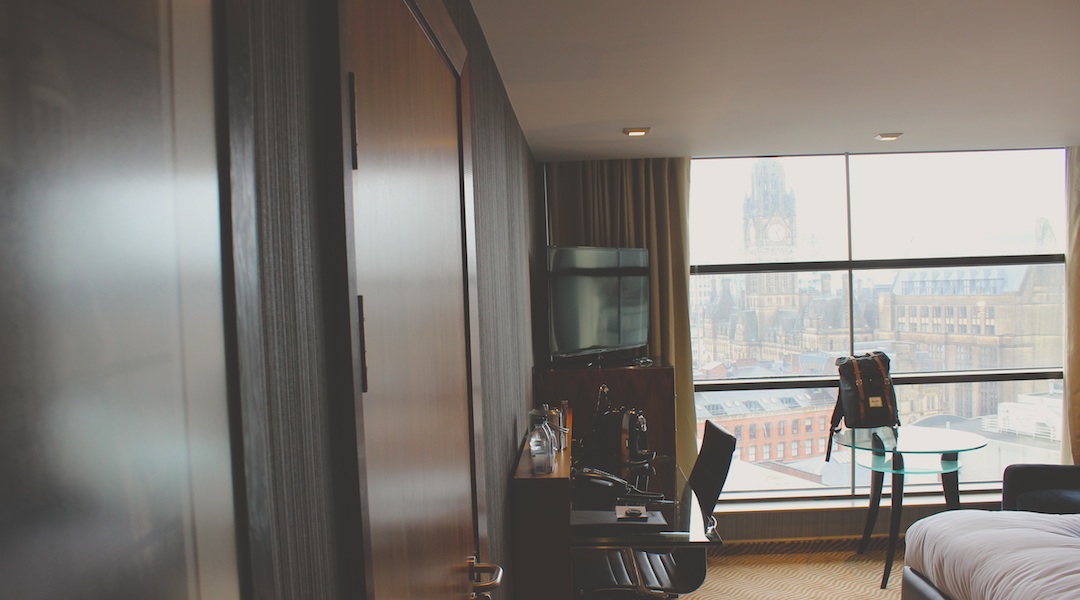 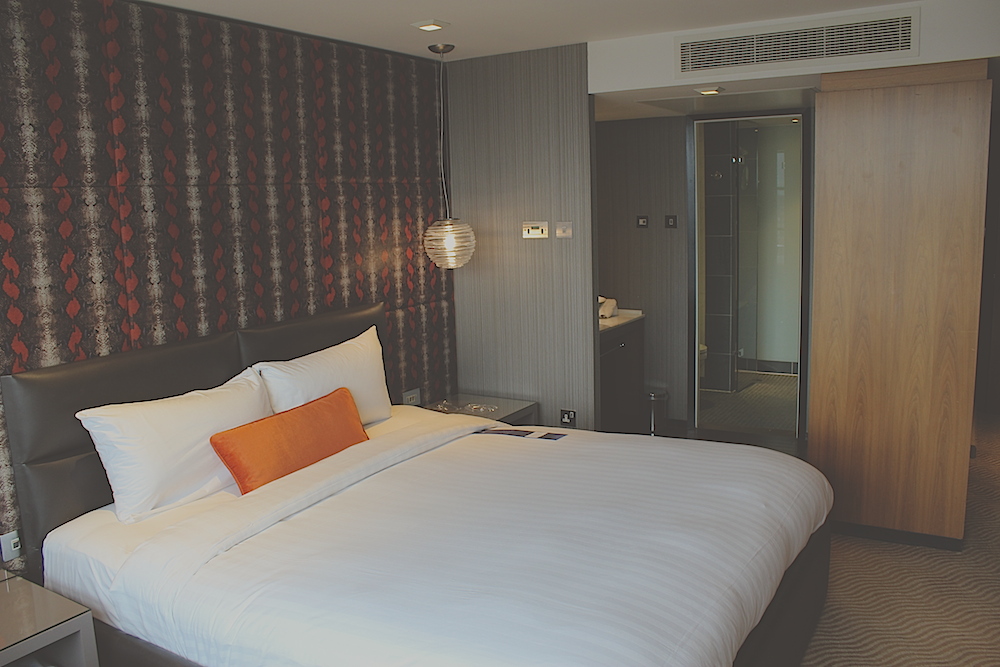 The awesome looking, Scandinavian style bathroom are a credit to the Radisson Blu Edwardian Hotel and were separated into separate wet and dry areas to make life that bit easier; in the wet area you will find an excellent walk-in shower, bath and toilet, and the dry zone there is a free standing wash bowl and accommodating dressing area in order to get ready for hitting the town. 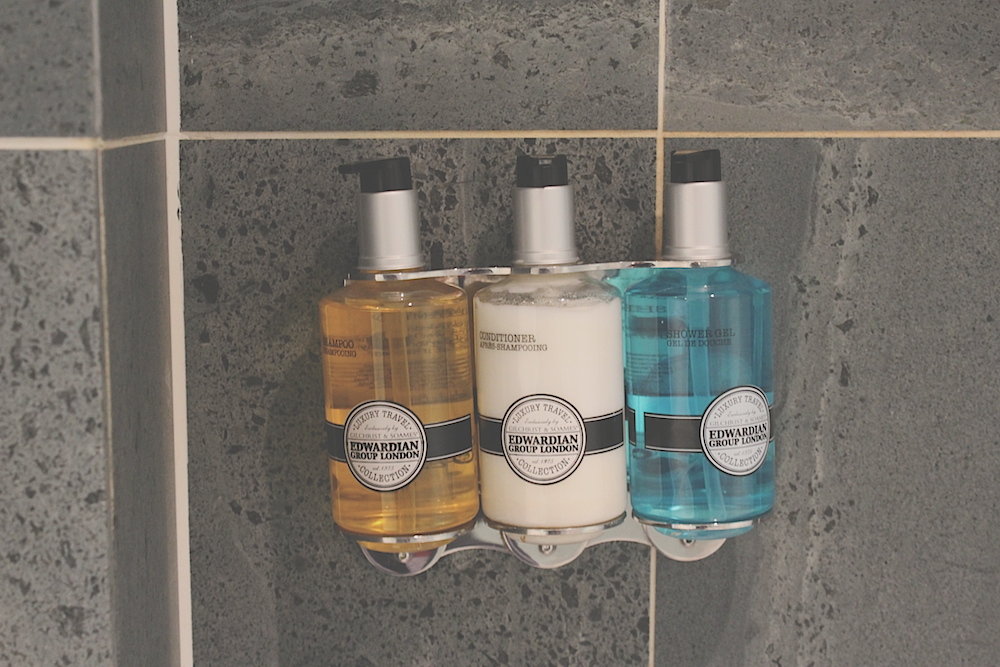 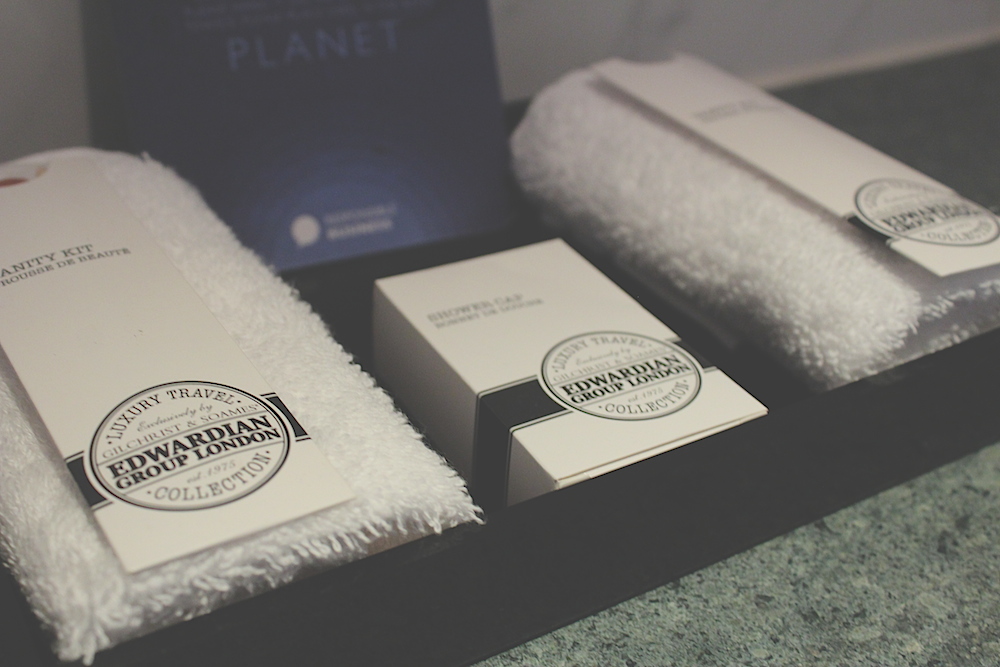 With two first class restaurants situated right in the hotel – Steak & Lobster and OpusOne (we enjoyed an incredible three course meal in the latter) – you don’t need to leave the hotel to experience fine dining but Manchester is a city worth exploring that’s for sure. Although, if you’re a craft beer lover, you probably won’t make it more than a few steps from the lobby as BrewDog Manchester is literally on the other side of the road to the hotel – much to our obvious delight.

When entering the cavernous lobby at the Radisson Blu Edwardian, you immediately know you’re in for something special but the sheer wealth of amenities (and their exceptional quality) really does set the hotel apart. Whether it’s relaxing in the Sienna Spa or enjoying cocktails in the convenient lobby based bar, you’ll never be short of options with this superb hotel and we’ll definitely be heading here again the next time we find ourselves in Manchester. 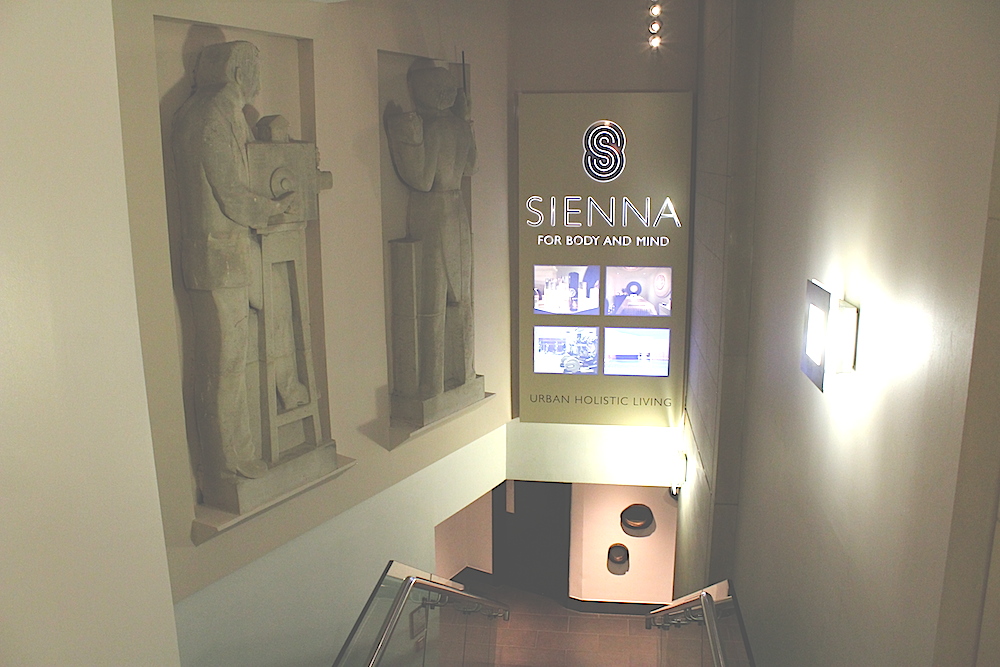 Exceptional rooms (the hotel boasts a mixture of doubles and suites) and first class dining make the Radisson Blu Edwardian Hotel the ideal place to head if you find yourself in Manchester and the fact it is not only located opposite one of our favourite craft beer establishments but also all the amazing restaurants, bars and other nightlife that Manchester has to offer make it a real winner in our eyes here at Coolector HQ.