Given our Ron Swanson-esque love of bacon here at Coolector HQ, we were a little perturbed to hear that the global sports brand Reebok were throwing their hat into the bacon arena but we needn’t have worried because what they’ve come up with looks all sorts of awesome and right up any meat lover’s street.

Reebok Bacon has been created with athletes in mind so it’s not a complete departure for the company. Their delicious looking offering is aimed at their ever-growing following of Cross-Fit athletes who typically subscribe to the ‘Paleo” diet which is high in protein and low in carbohydrates.

This brilliantly branded bacon from Reebok claims to boast an abundance of protein but a complete absence of less healthy elements such as sweeteners, monosodium glutamate, nitrates or nitrites – all of which any serious fitness enthusiast knows it’s wise to avoid. The product is delivered in a special box with dry ice to help preserve the meat but, lamentably, it will only be available in certain areas of California and for a limited period of time. Check out a few more shots below: 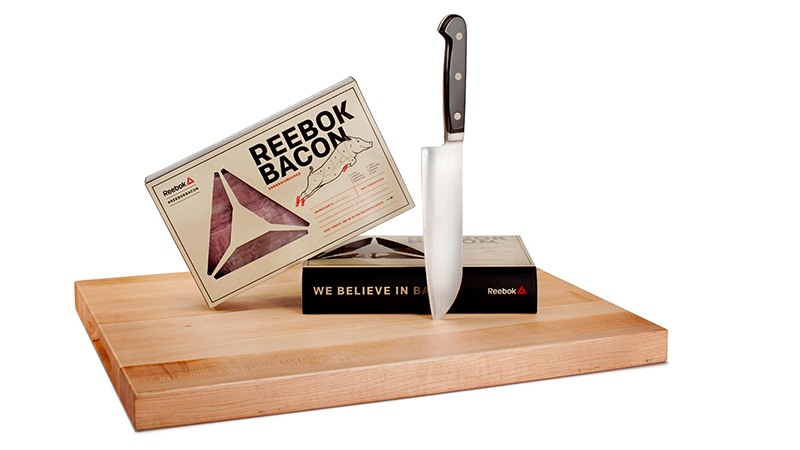 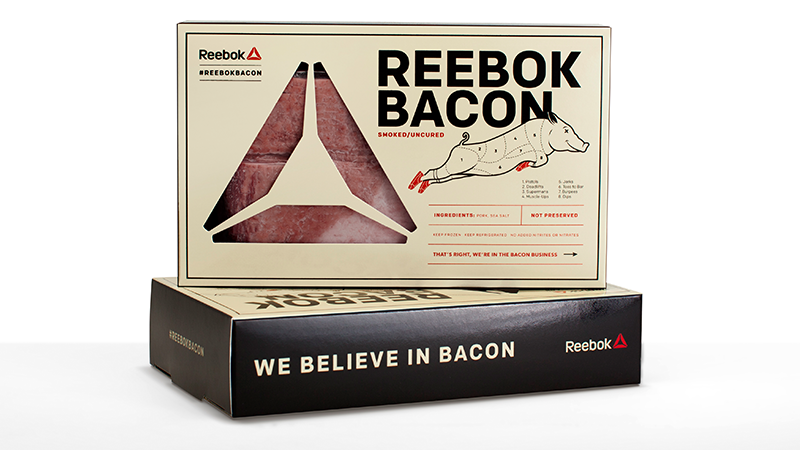 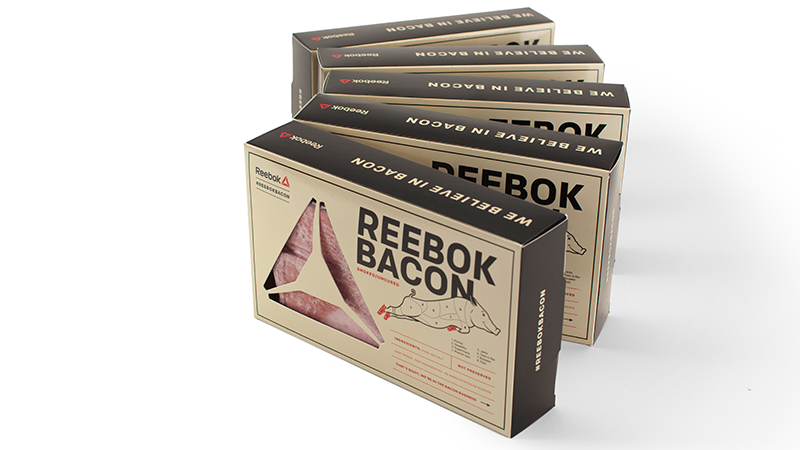 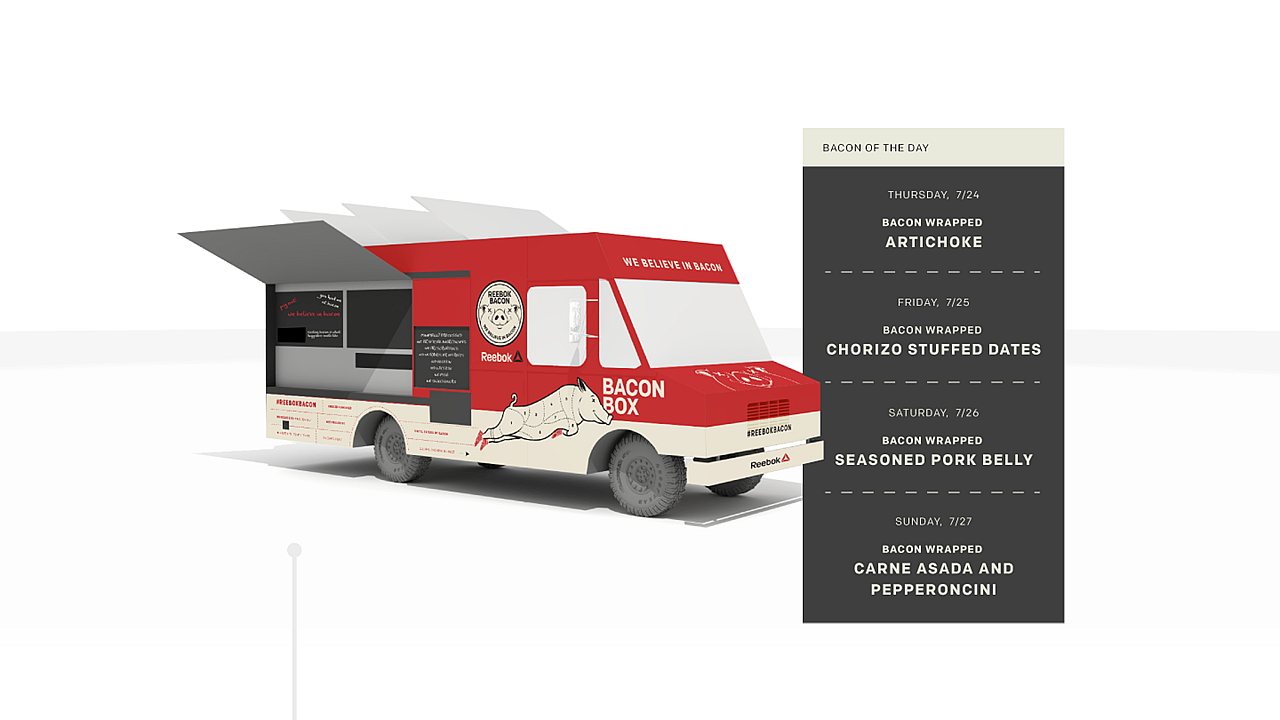 If you’ve a similar affinity for bacon and happen to be in the California area, then getting your hands on some Reebok Bacon is certainly a good idea – particularly if you’re on the lookout for some healthy rashers this summer.