Though we don’t need to take our bicycle with us on our daily train commute here at Coolector HQ, we’re well aware that space is certainly of a premium during the rush hour commute so even the most well-meaning of fold up bicycles still cause a grievance amongst most commuters but that is before we set eyes upon the awesome looking SadaBike which, when folded, takes up little more room than the average umbrella.

The SadaBike is a folding, hubless bicycle that is quite the feat of engineering and on top of its ergonomic impressiveness, it also boasts a visual appeal that is second to none. This superb looking steed is the work of Italian designer, Gianluca Sada, and is billed as the perfect means of transportation for those who make regular journeys on other forms of public transports such as trains, tubes and buses. The first thing you’ll likely notice about the SadaBike is the fact that it is completely bereft of spokes in the wheels which is the main reason that it is quite so foldable.

We’re firm advocates of innovative design here at Coolector HQ and we seldom come across things quite as innovative as the SadaBike which isn’t quite ready for commercial use yet as the designer is still working out some kinks but the shots below have got us mightily excited for when this striking and supremely functional bicycle finally does hit the market: 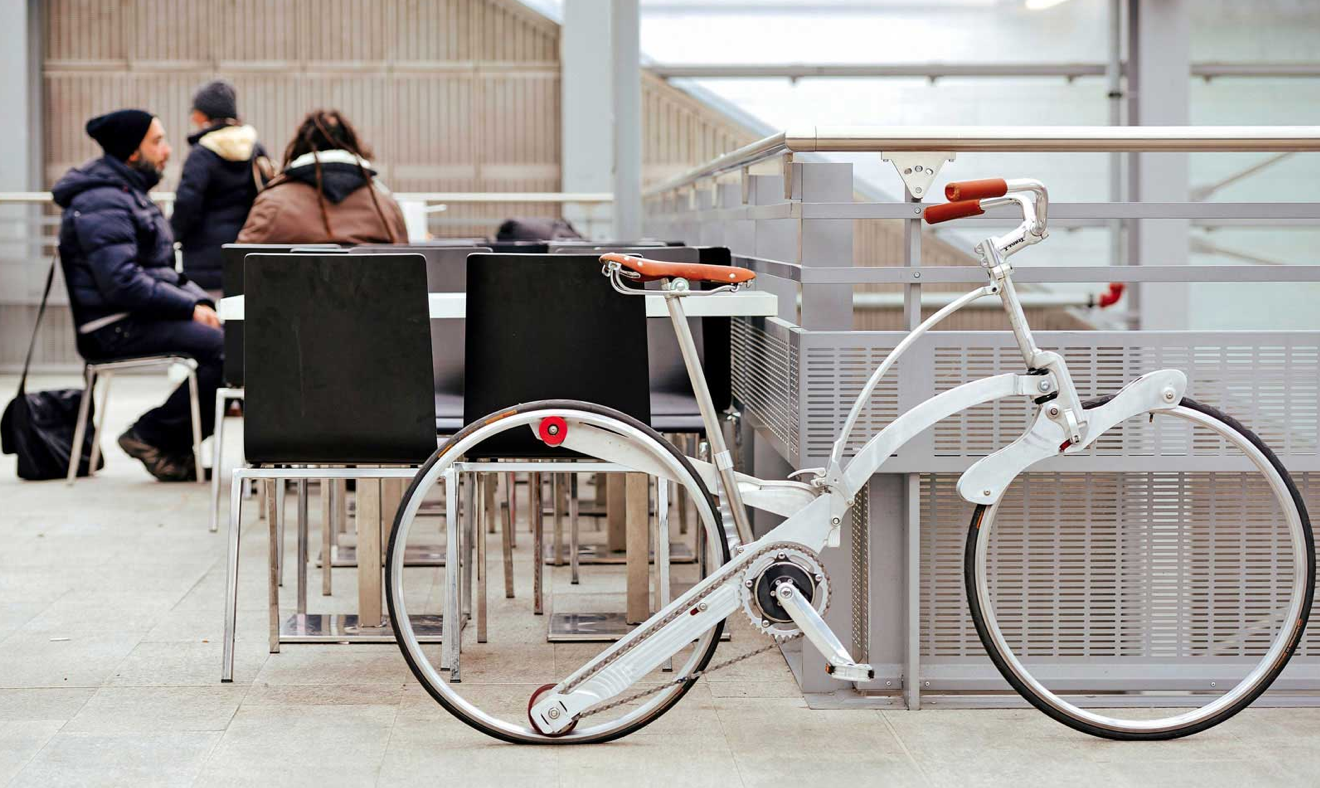 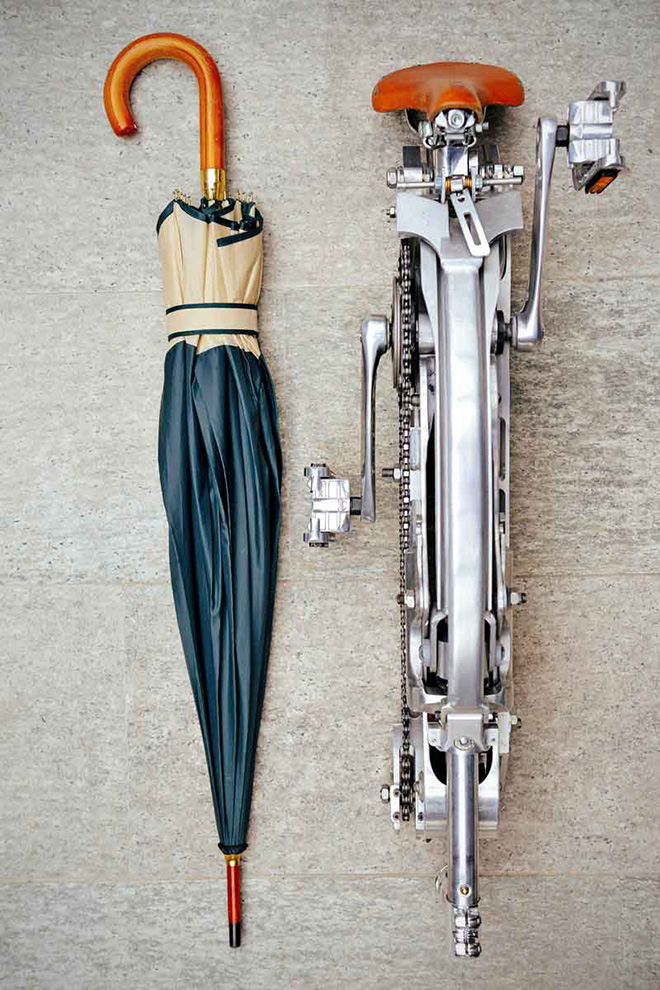 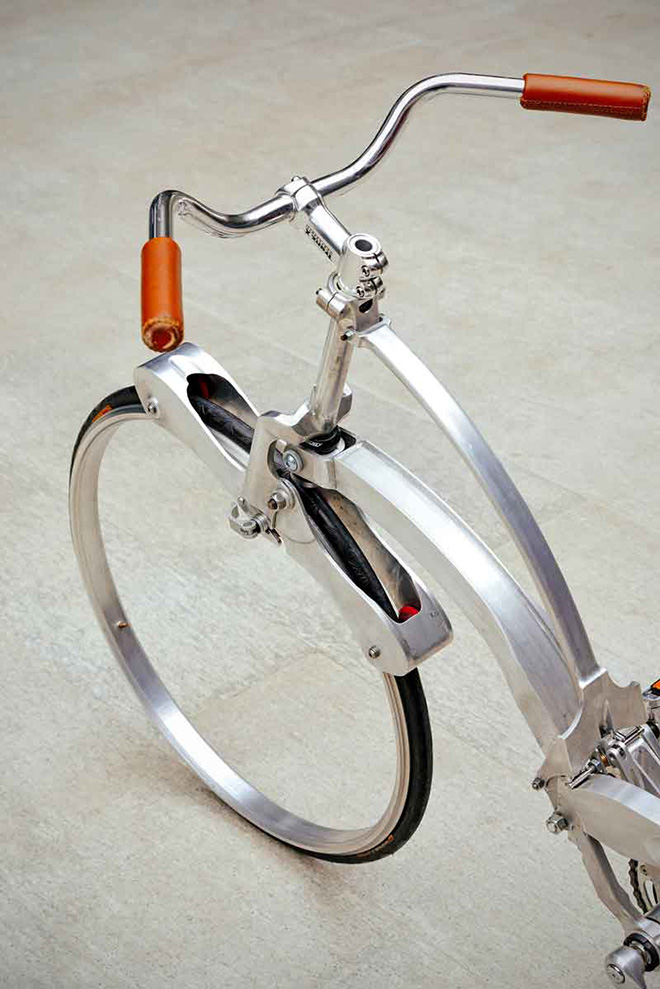 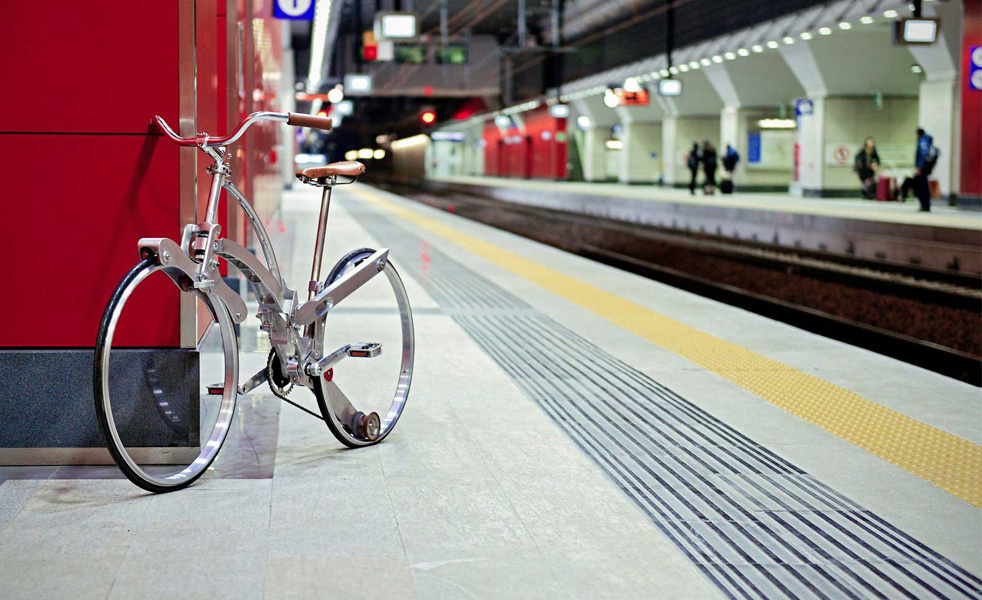 If you’re a regular commuter and have grown weary of the angry looks your current fold up bike incumbent is garnering you, this first rate looking machine will be a godsend no doubt and we here at The Coolector can’t wait for it to hit the market later this year with a bit of luck.