Much to our own shame here at Coolector HQ, it’s probably been over a year since we checked in on what one of our favourite artists, Scott Listfield AKA Astronaut Dinosaur, has been up to but we’re glad to report that 2016 has been a most prolific year indeed for this uber-talented artist and he has crafted more of his haunting astronaut in stark, abandoned looking spaces for us all to enjoy. 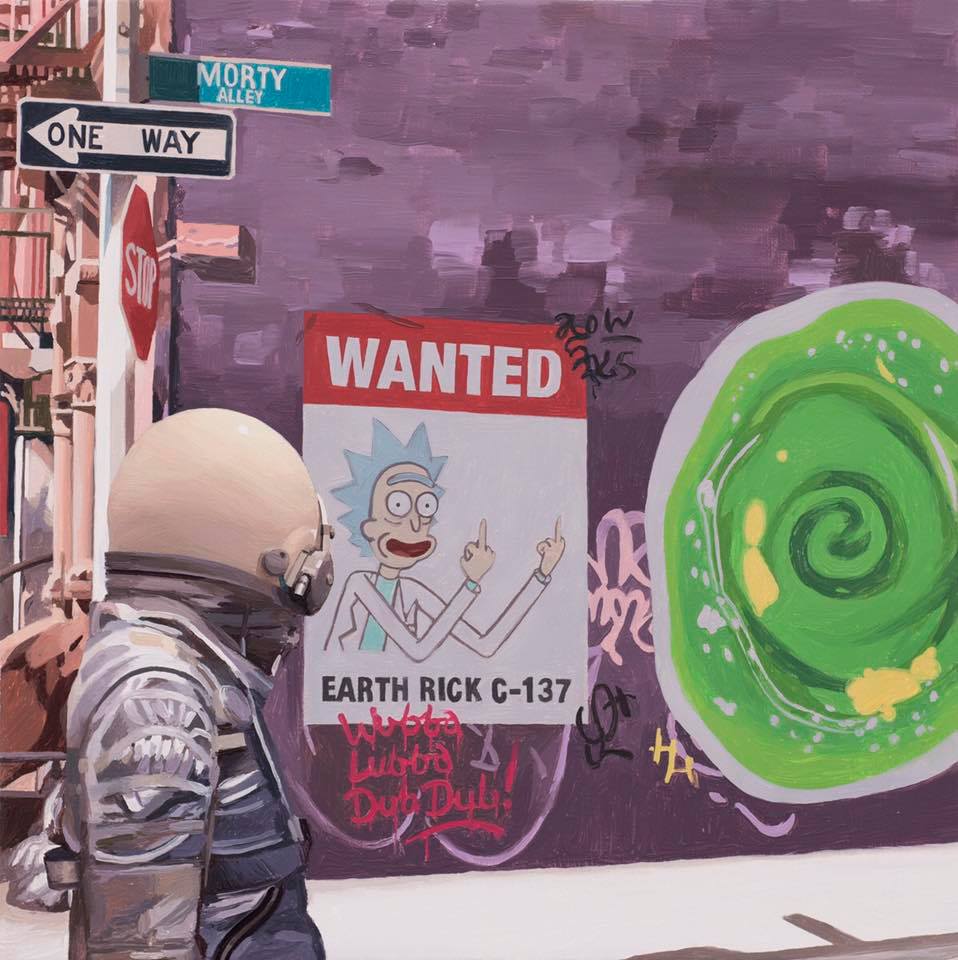 Boston born Listfield has been on our radar for years now here at The Coolector and his amazing landscape vistas, which are always supplanted with a lone astronaut, are some of our favourite pieces of artwork out there, right up there with Simon Stalenhag, with whom Listfield shares a fairly similar aesthetic and painting style. And, quite simply, it’s awesome.

Out of this World Artwork

Heavily influenced by pop culture, with 2001: A Space Odyssey being a particularly strong influence, Listfield manages to evoke a real sense of isolation with his astronaut paintings that depict the spaceman as seemingly being the last man left on earth and we’re massive fans of the bold, vibrant aesthetic of all of his incredible artwork here at Coolector HQ. 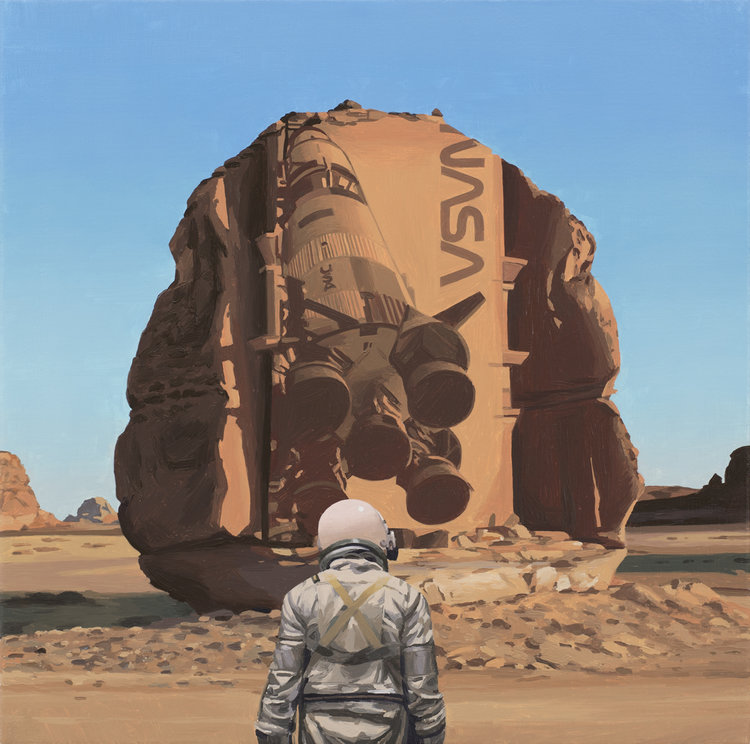 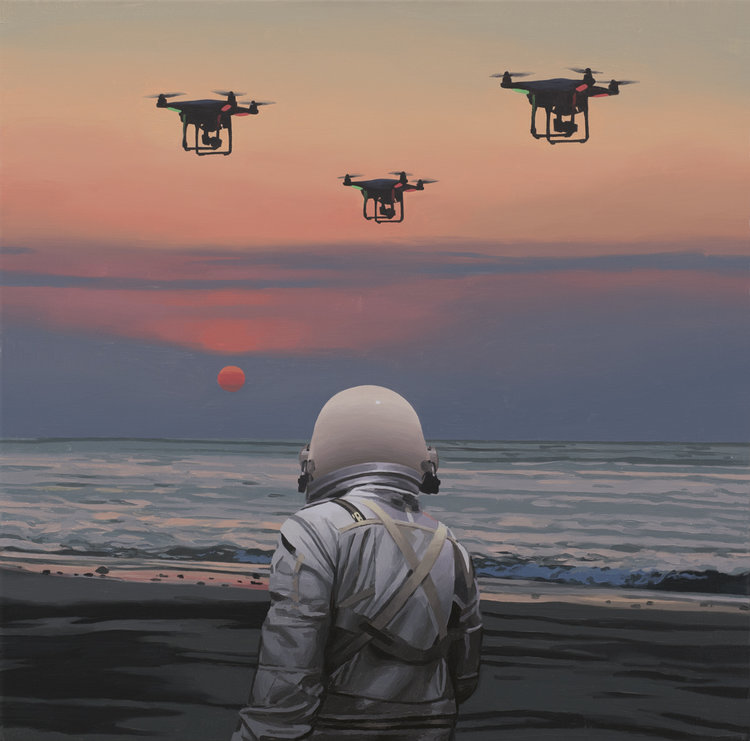 Pop culture references, corporate logos and various tongue and cheek science fiction references litter the paintings of Listfield and it’s the perfect artwork for those with a love of film, television and the corporate landscape. There is something incredibly engaging with this superb series of pop culture inspired artwork from Scott Listfield and for anyone with a love of modern, striking pieces of art, this will make the ideal addition to any home or workspace. 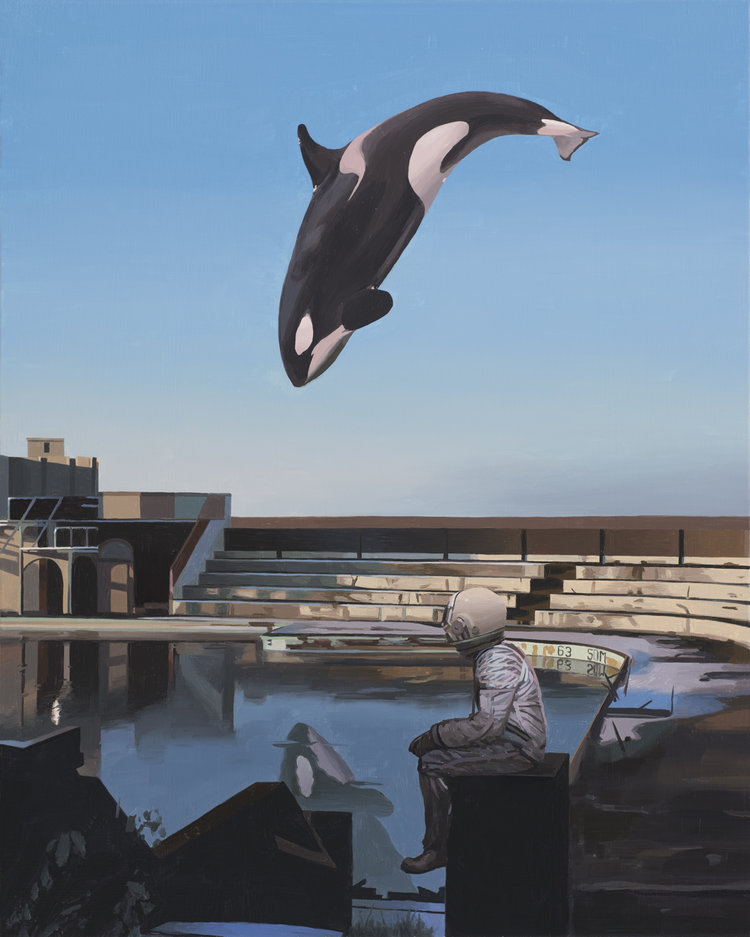 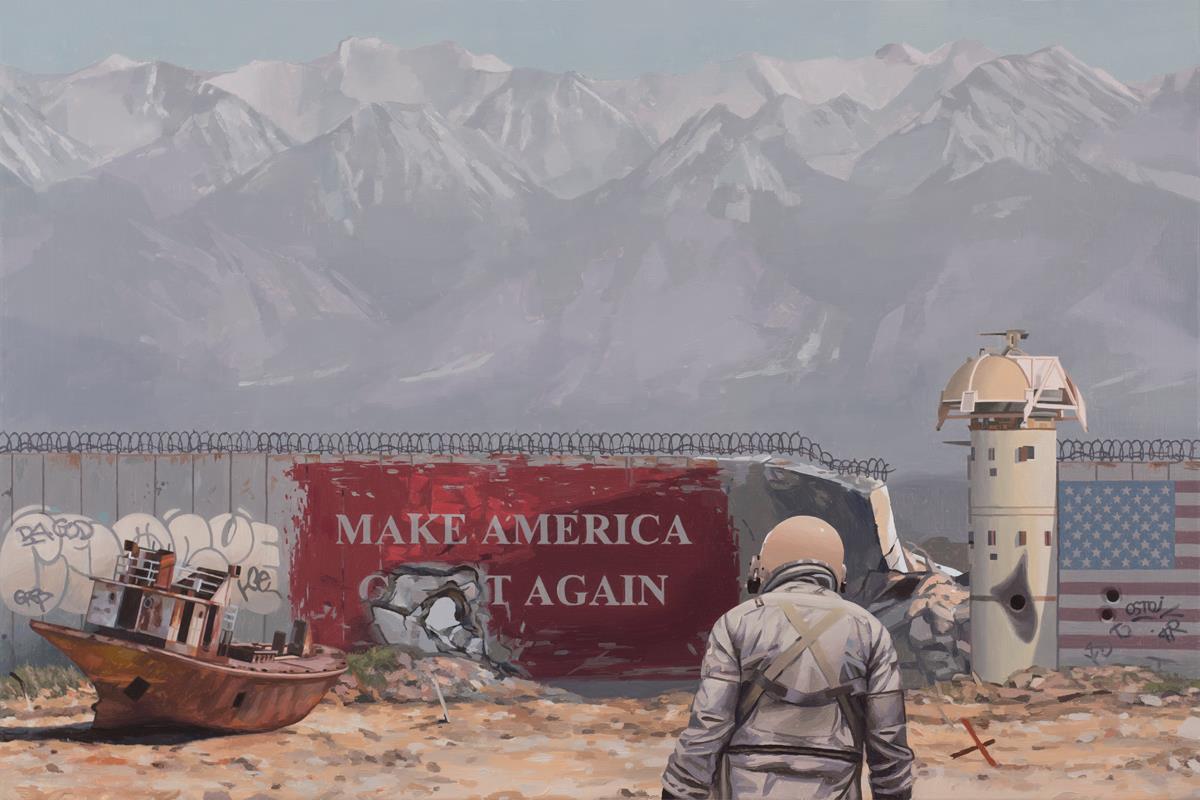 Exceptionally detailed and boasting various neat little design features hidden within the paintings, it’s easy to see why Listfield has developed such an ardent following for his impeccable astronaut (and very occasionally dinosaur) centric artwork and given that he created so many stunning pieces in 2016, we’re hopeful that 2017 very much follows suit.

Given we’re entirely lacking in any artistic talent here at Coolector HQ, it makes us appreciate those who are overflowing with it even more and Scott Listfield, and his fantastic series of astronaut featuring artwork really is exactly the sort of artwork that we love and we’re sure that there will be plenty of others out there mesmerised with what he has accomplished in 2016. 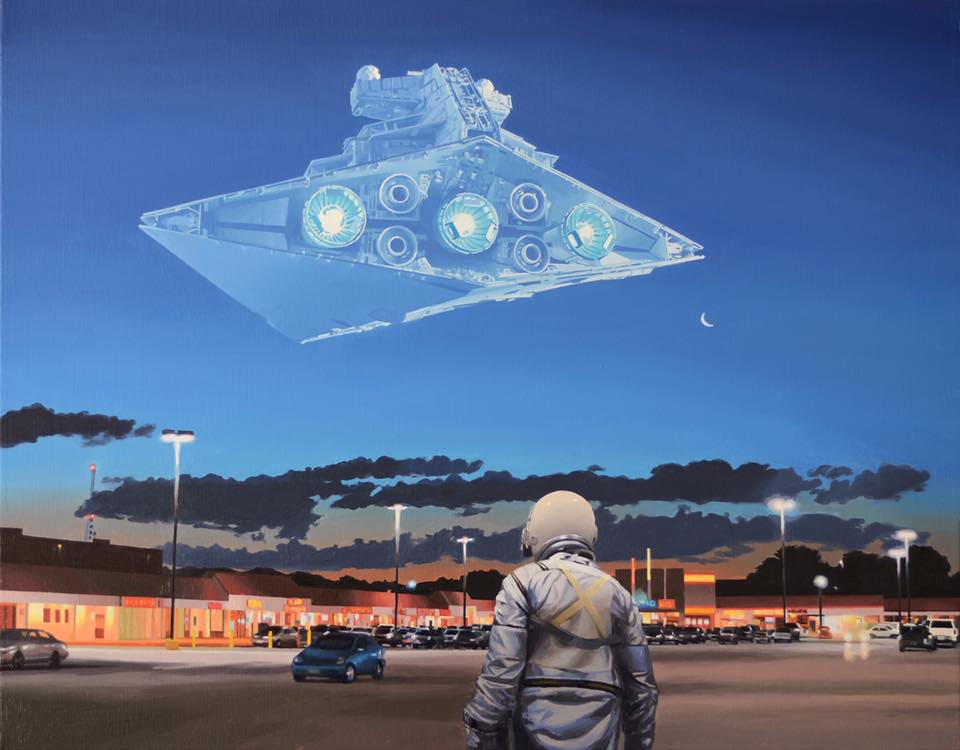 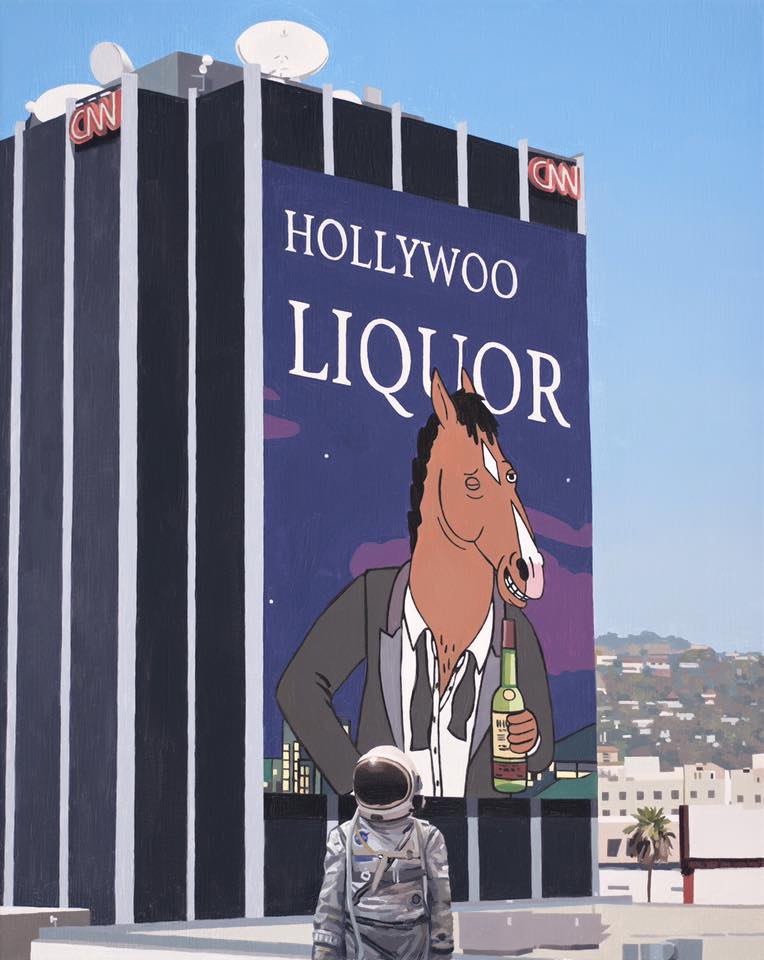 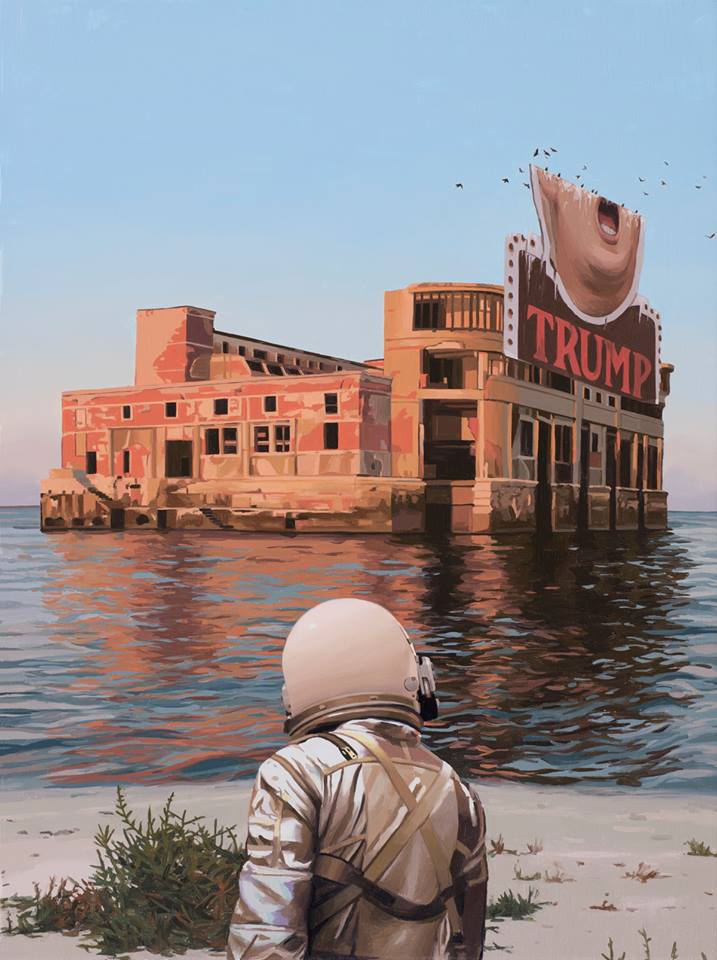 If you’re after some amazing new artwork for your home, office or workspace over the next few months, there is such a rich selection to choose from and with popular culture featuring so frequently throughout Listfield’s artwork, you’re sure to find a piece or two that resonates with you.