There probably isn’t a man alive who didn’t grow up playing with army men toys during their childhood but there is likely a certain stage when playing with these little plastic, green men is no longer socially acceptable. There’s a solution to this, however, and it is these, frankly fantastic, Silver Army Men which are the creation of Good Art HLYWD.

Silver Army Men are, somewhat self-descriptively, army men made from silver as opposed to the classic versions which were green and made from plastic and this shift in materials (and significant increase in cost) makes them much more suitable for us adults.

Available in many classic poses such as mine-sweeping, mortar firing and radioing in support not to mention some special edition offerings like Dough Boy soldiers and Skull Face soldiers, these really are as far removed from toys and are bonafide art in their own right. Check out a few more shots below: 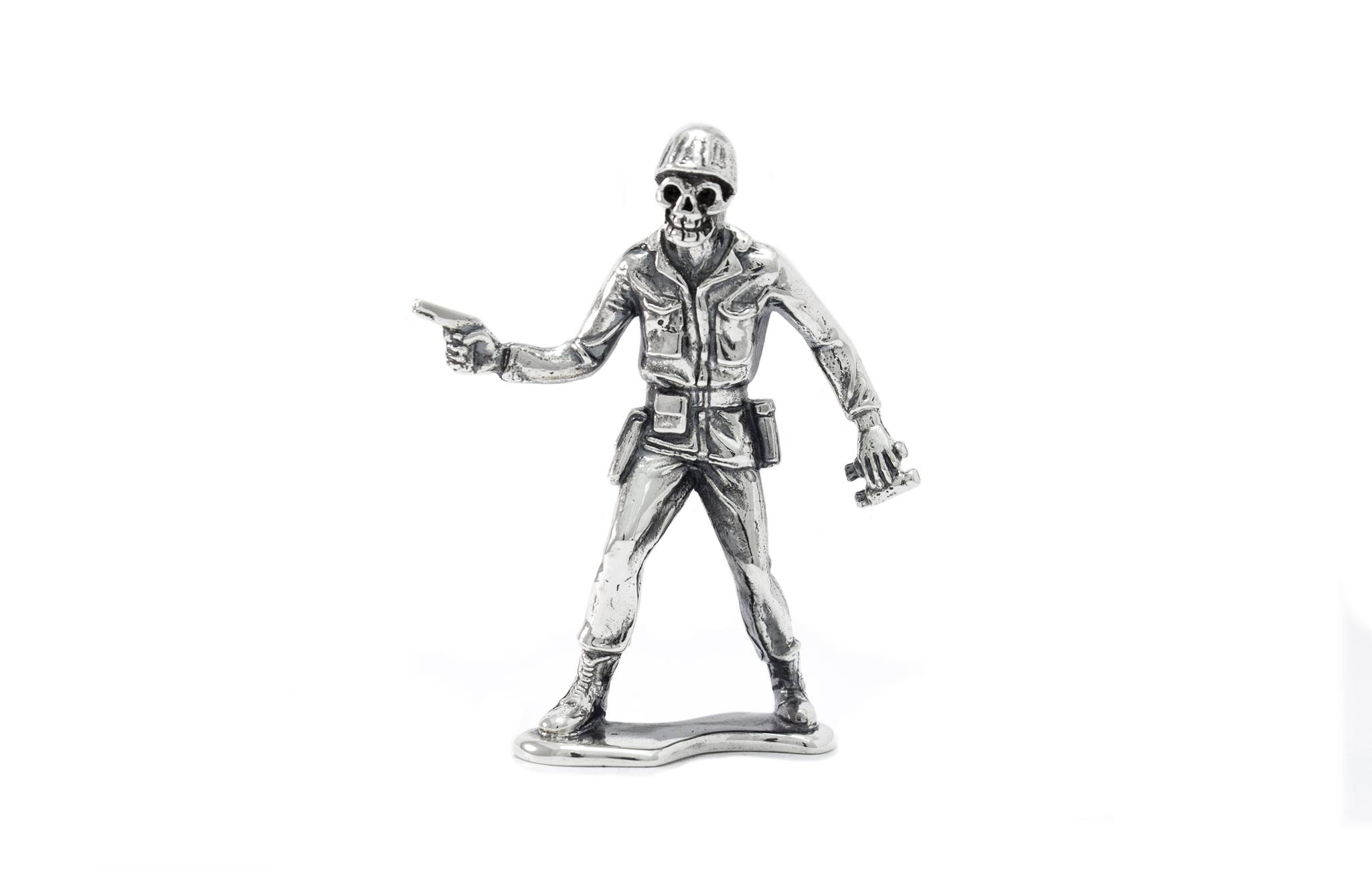 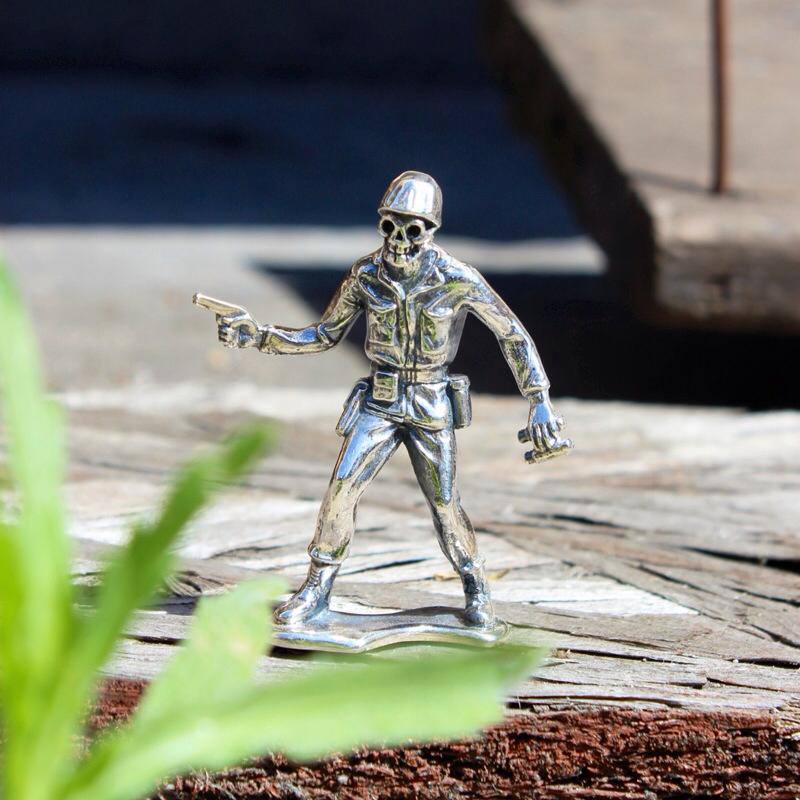 If you long for the days of your youth when playing with army men was a daily essential and want to bring them back into your adult life and have been looking for a socially acceptable means of doing so, then these ace looking Silver Army Men definitely tick all of the right boxes.