Few feelings are better than hitting the open road on a bike but you need one that can keep up with the adventures you’ve got planned in order to fully enjoy them and for those of you with a hankering for the best, this superb looking 6061 Black Label Army Green Bike from State Bicycle Co is about as good as gets. 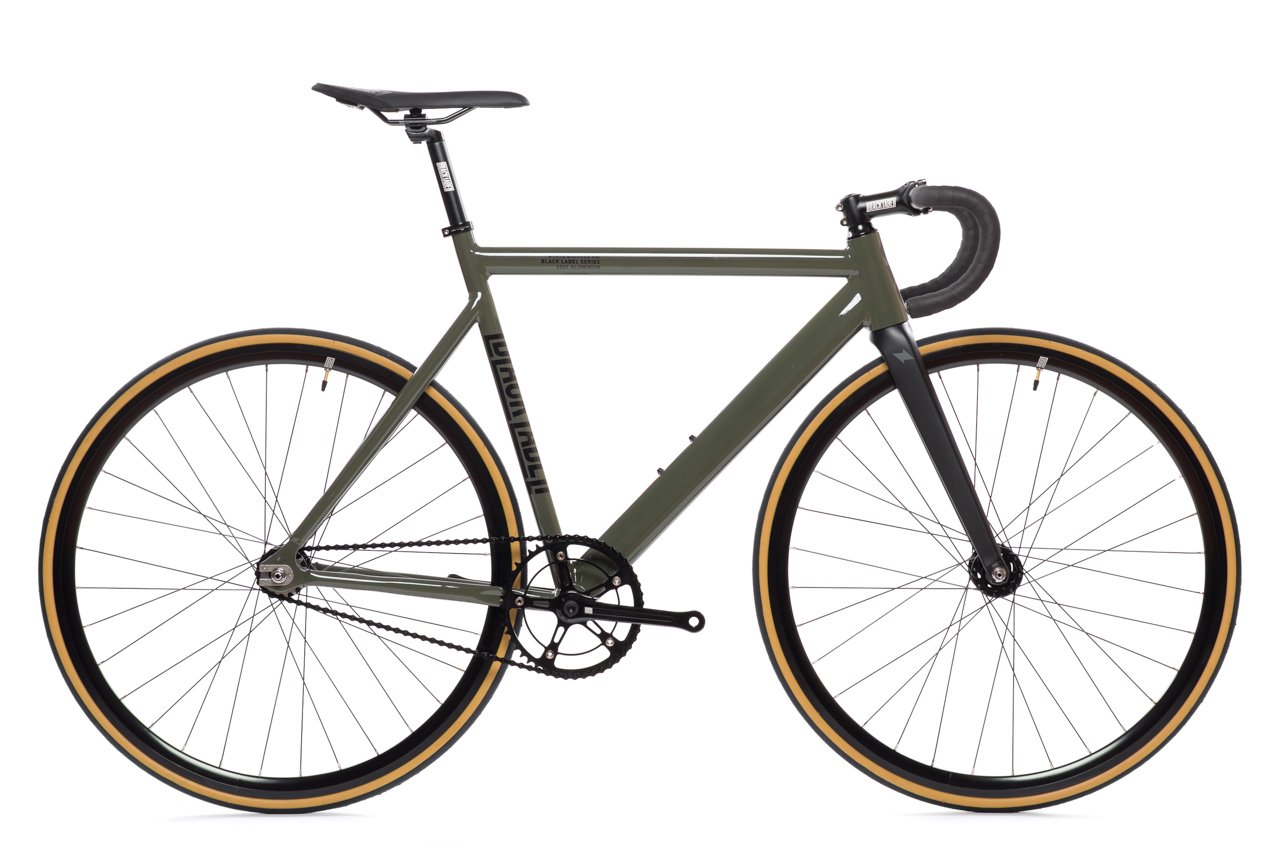 The State Bicycle Co 6061 Black Label Army Green Bike is suitable for both road and track biking and won’t let you down on either such is the quality of the components used in its crafting and the versatility of the steed as a whole. Immaculately stylish and robust, this top notch contraption from one of our favourite bicycle purveyors here at The Coolector is sure to stand out from the crowd and available for pre-order now.

As with all the rides from State Bicycle Co, this magnificent contraption doesn’t just look excellent, it has the performance to back it up as well. The State Bicycle Co 6061 Black Label Army Green Bike is built on an agile & ultra-light 6061 aluminium frame with USA carbon fork and this is responsible for delivering the streamlined, effortless riding experience of the bike and you’ll find it hard not to be impressed with the visual impact of the unusual colouring. 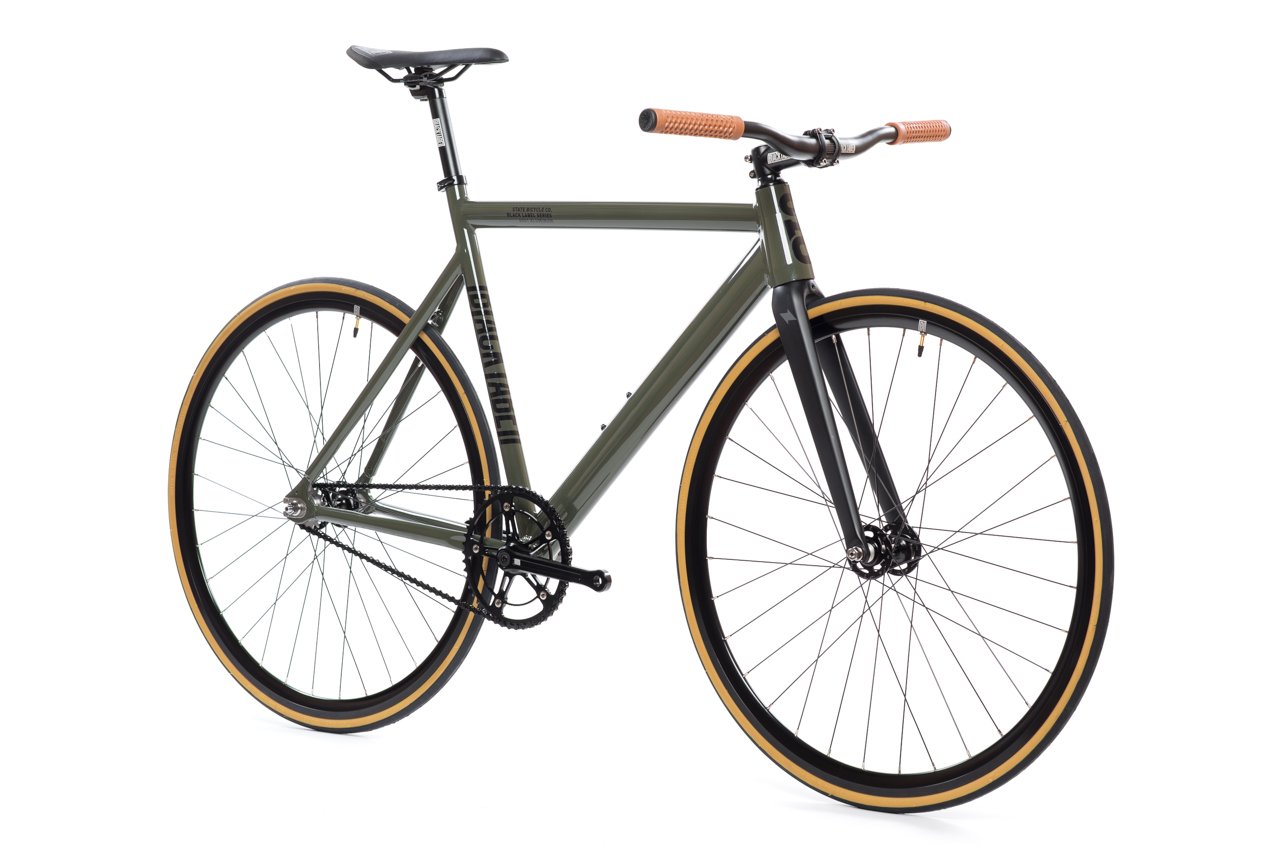 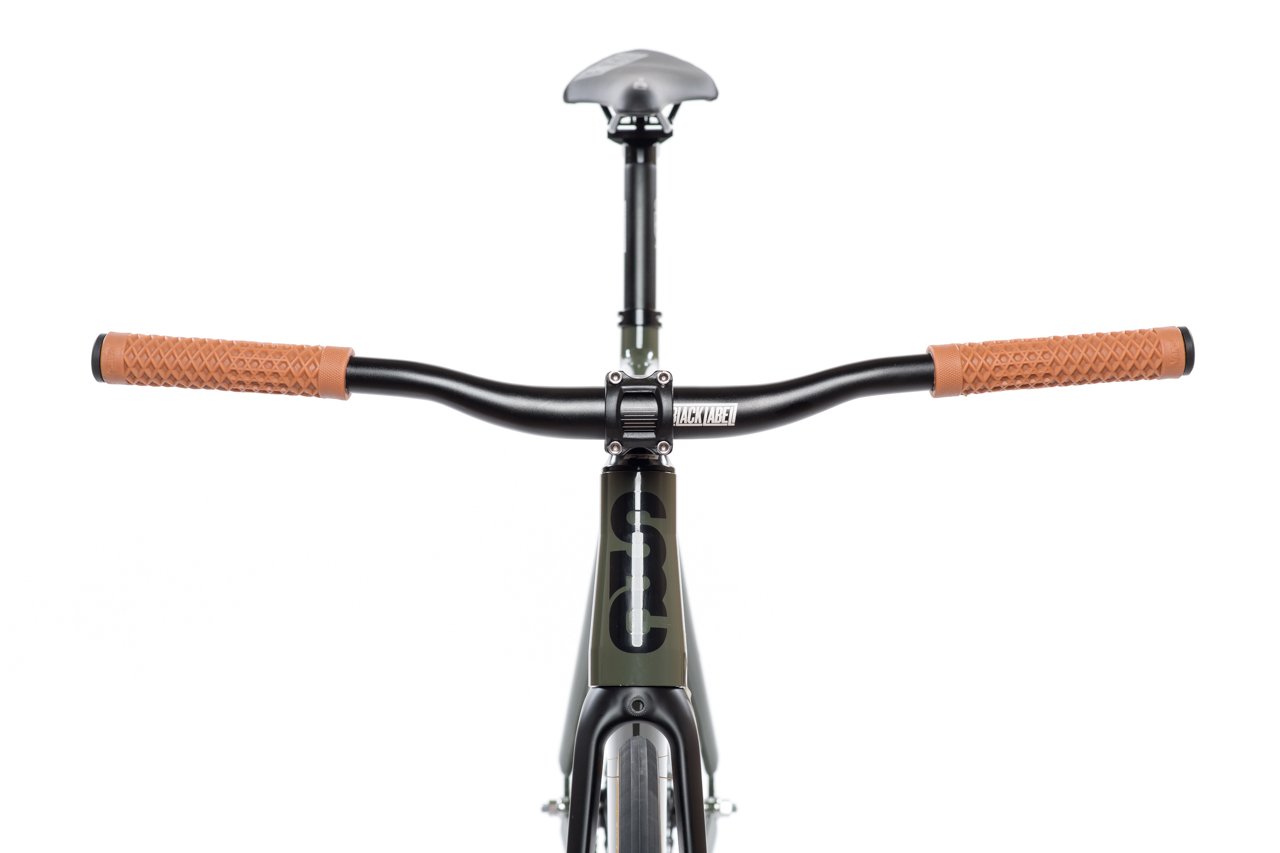 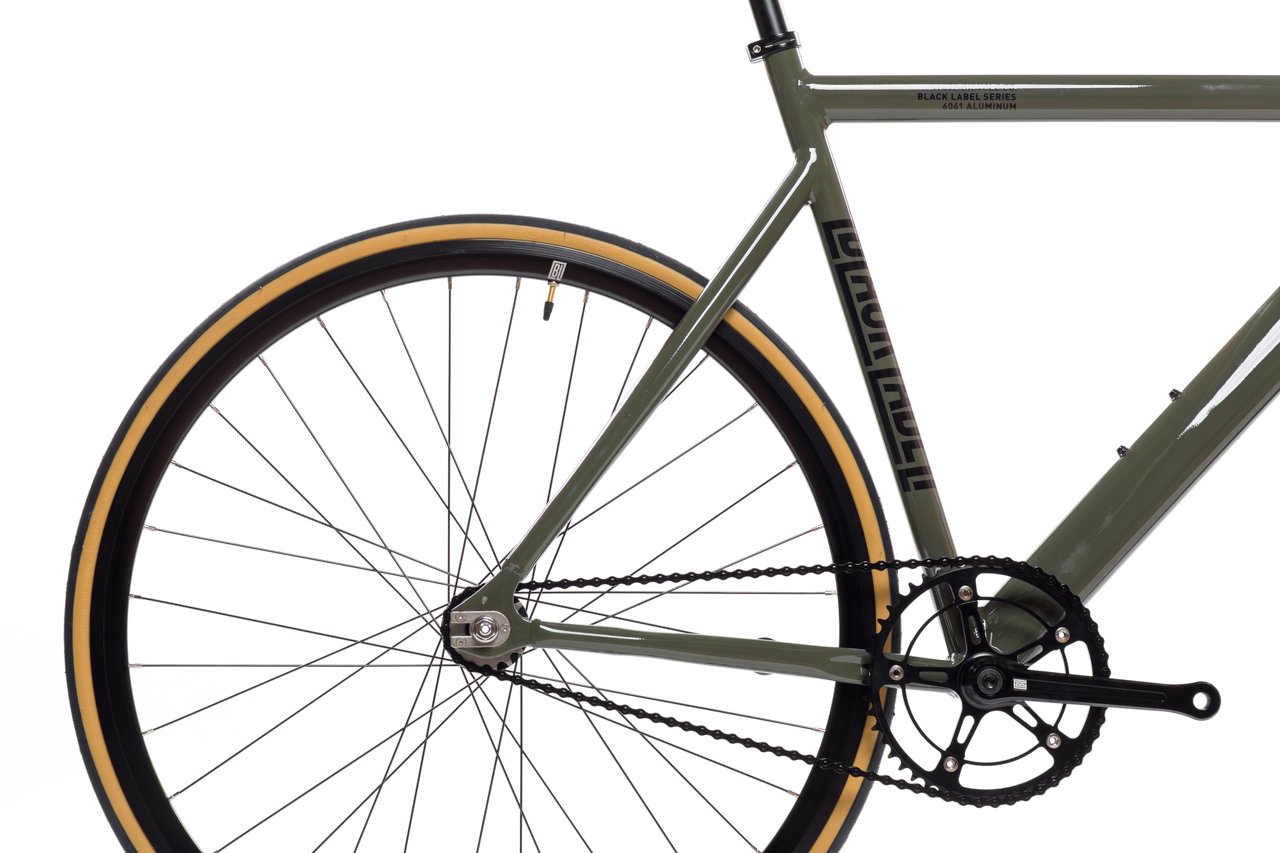 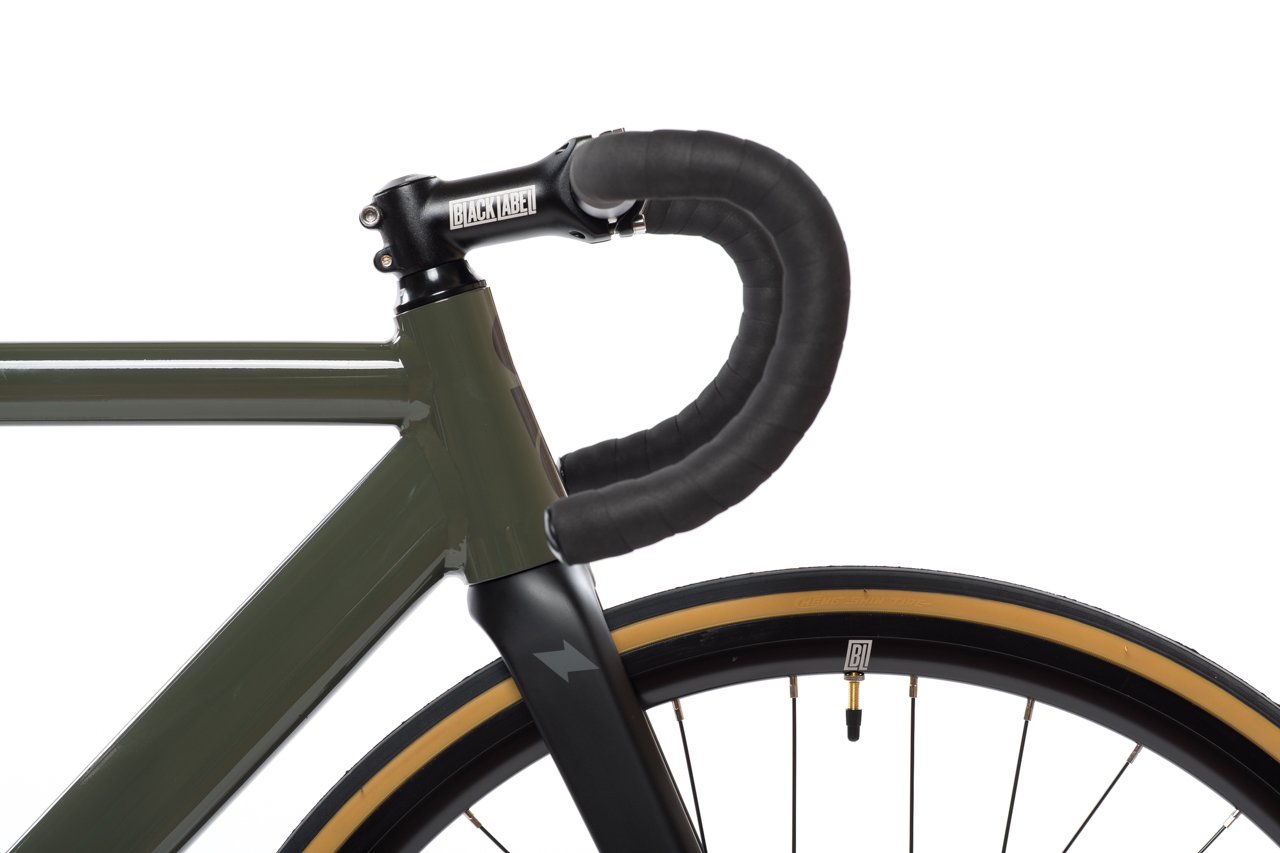 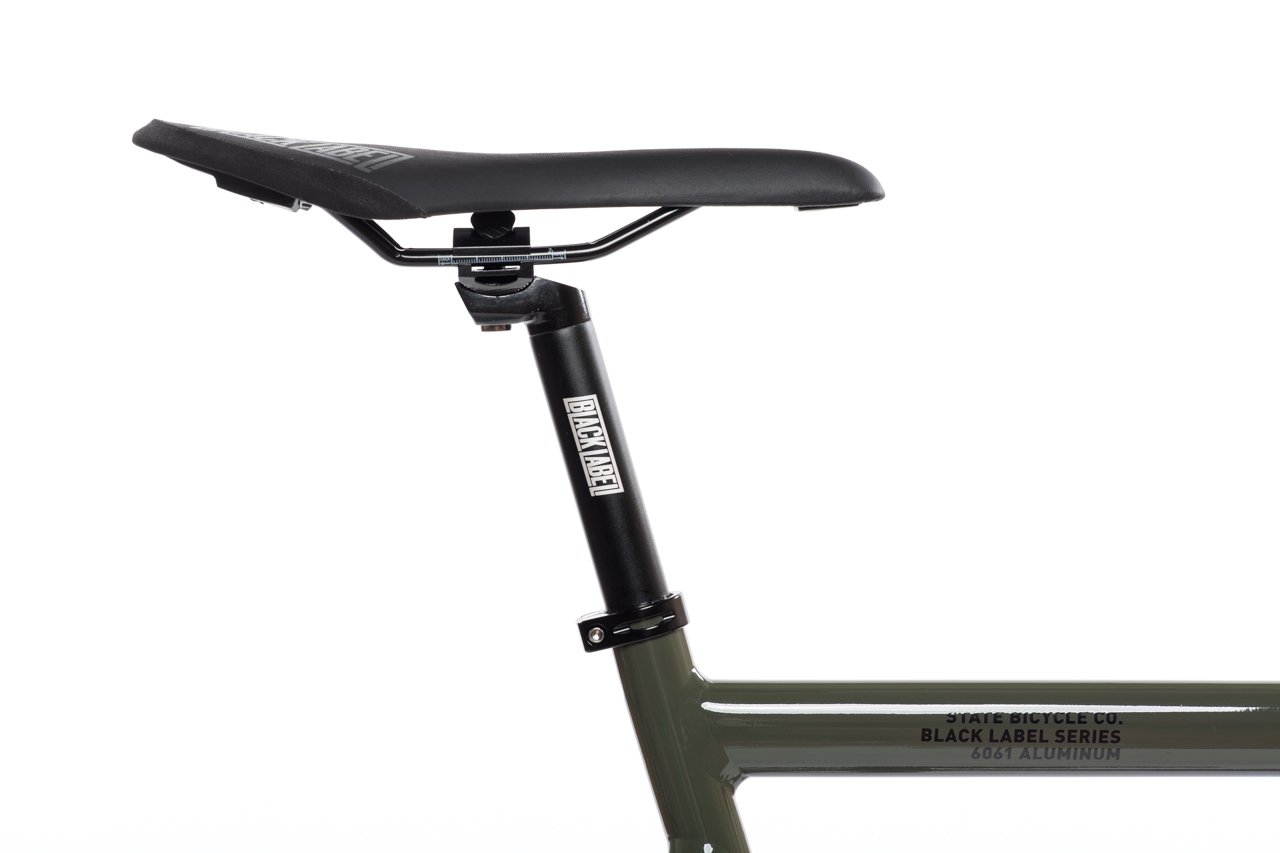 The State Bicycle Co 6061 Black Label Army Green Bike has an abundance of striking new features in comparison to its predecessor and some of the most eye-catching of these include a new Black Label Series CNC’d crank set with 144BCD, lighter Black Label mid-profile wheels with sealed hubs, tapered head tube for a stiffer and more responsive ride and a choice between new Black Label Compact Drops or Wide Risers with Vans Grips. 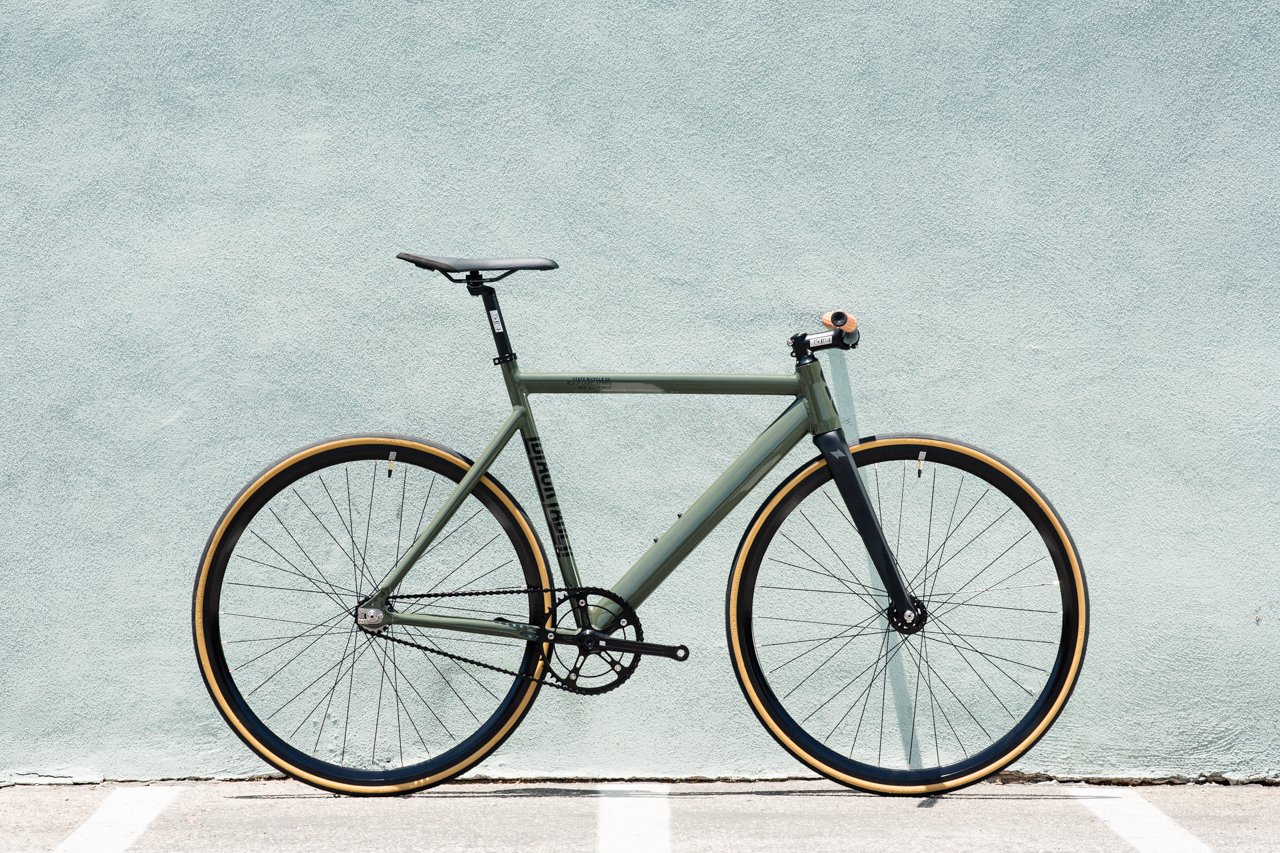 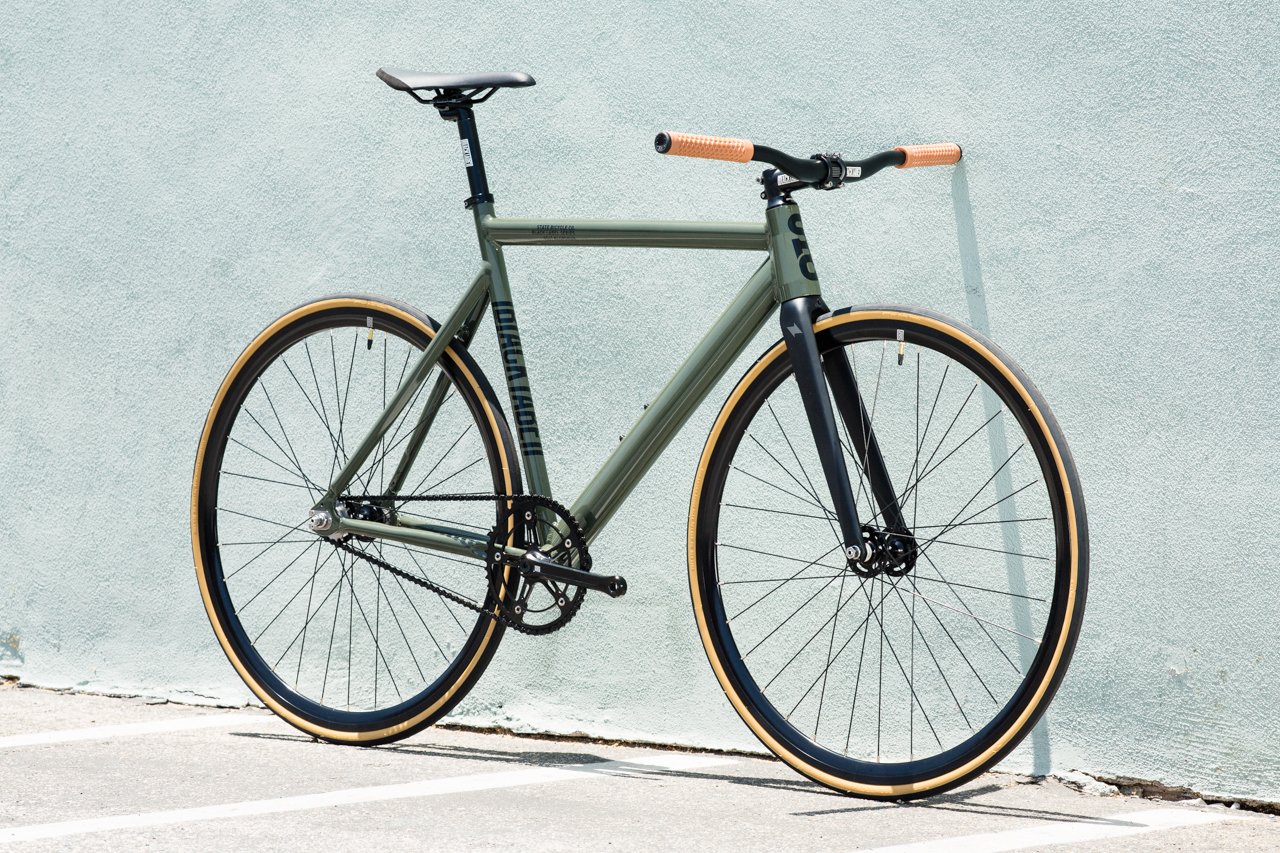 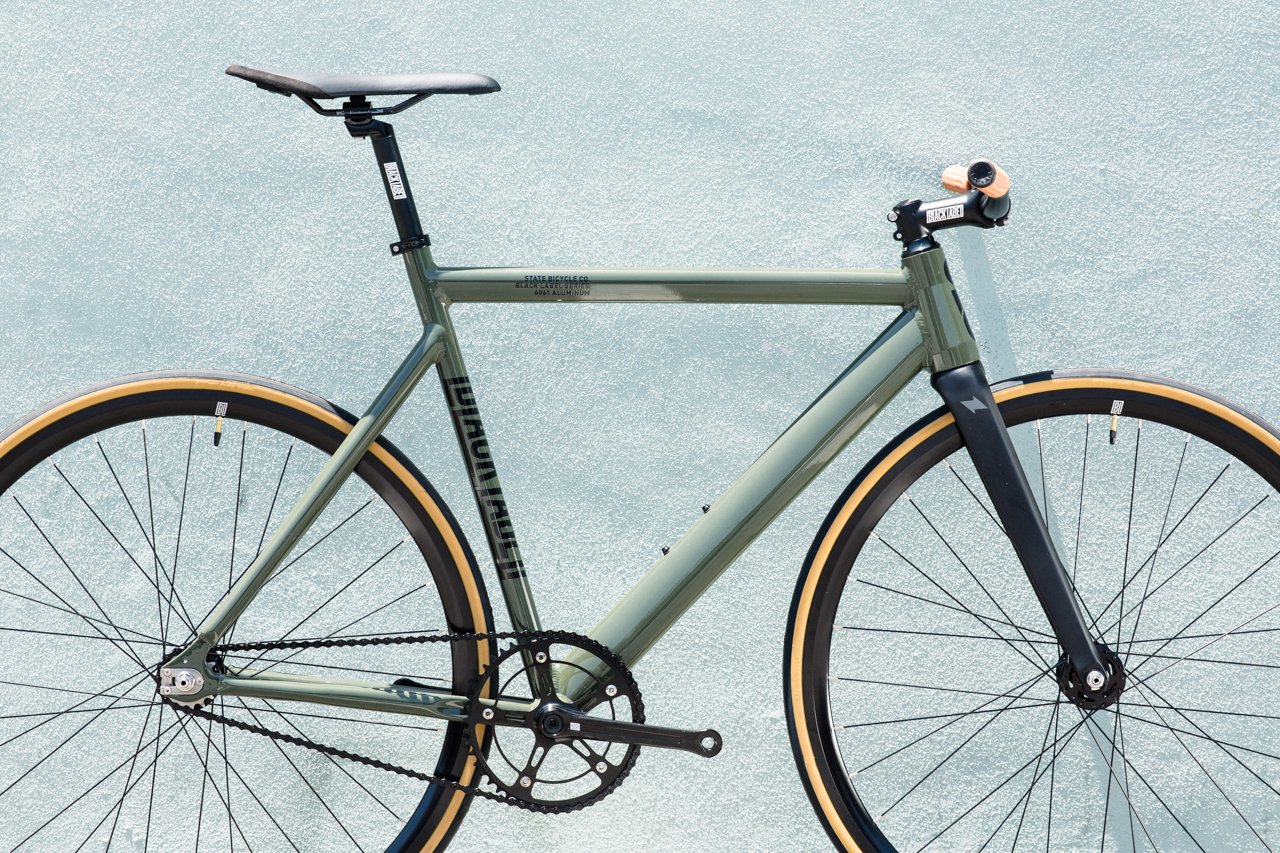 For anyone who is serious about their bikes, State Bicycle Co are likely well and truly on your radar already and, if they weren’t, this cracking contraption is the ride to put them there. The State Bicycle Co 6061 Black Label Army Green Bike boasts excellent components everywhere you look including a premium aerodynamic race saddle, a lightweight frame weighing in at just 17lbs and compact drop bar or wide-riser with Vans grips. All in all, a stunning bicycle.

It is the green colouration of this bike from State Bicycle Co which is its real stand out feature and for those of a military mindset, it’s certainly going to impress. Visually superior with more eye-catching features than you can shake a stick at, you’ll need to move quickly if you want to make this your next steed as we’re sure the pre-orders are already mounting up. 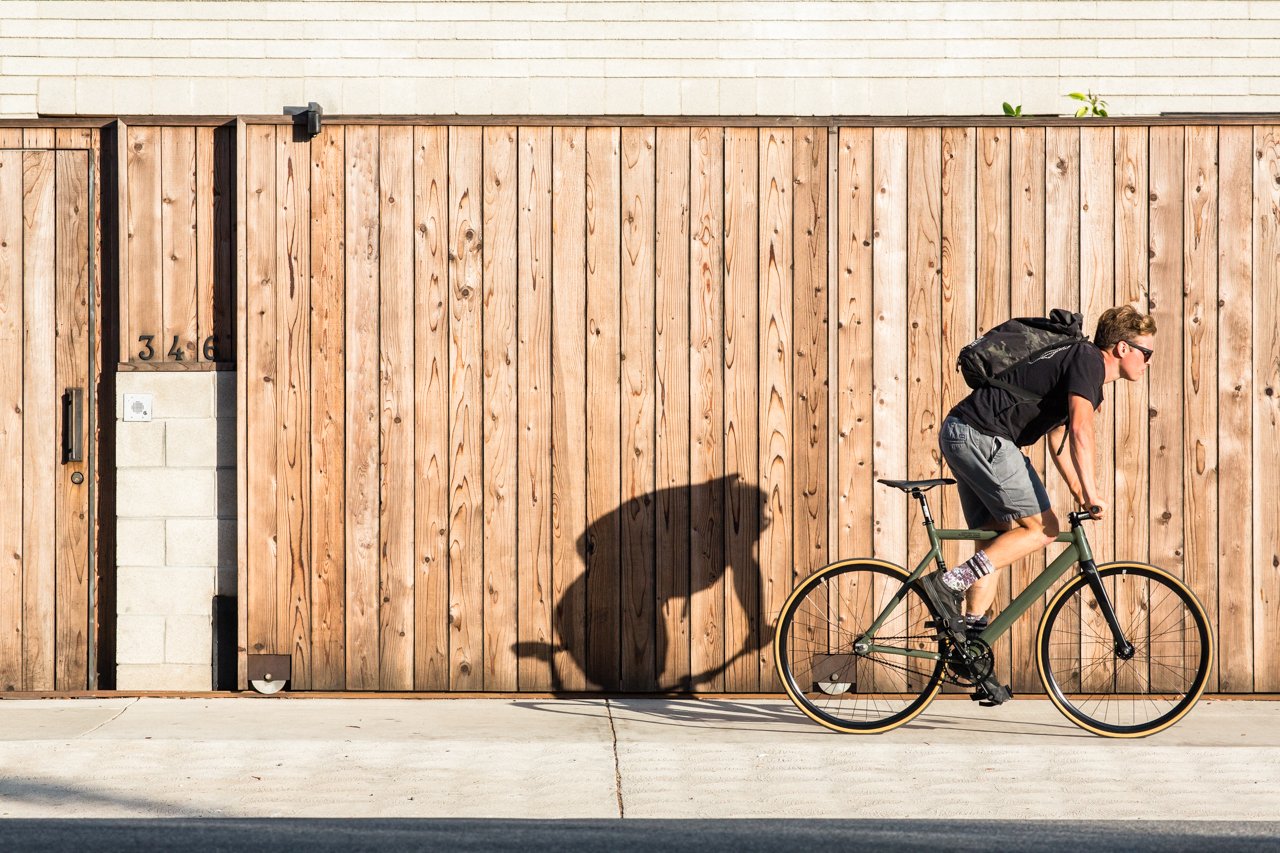 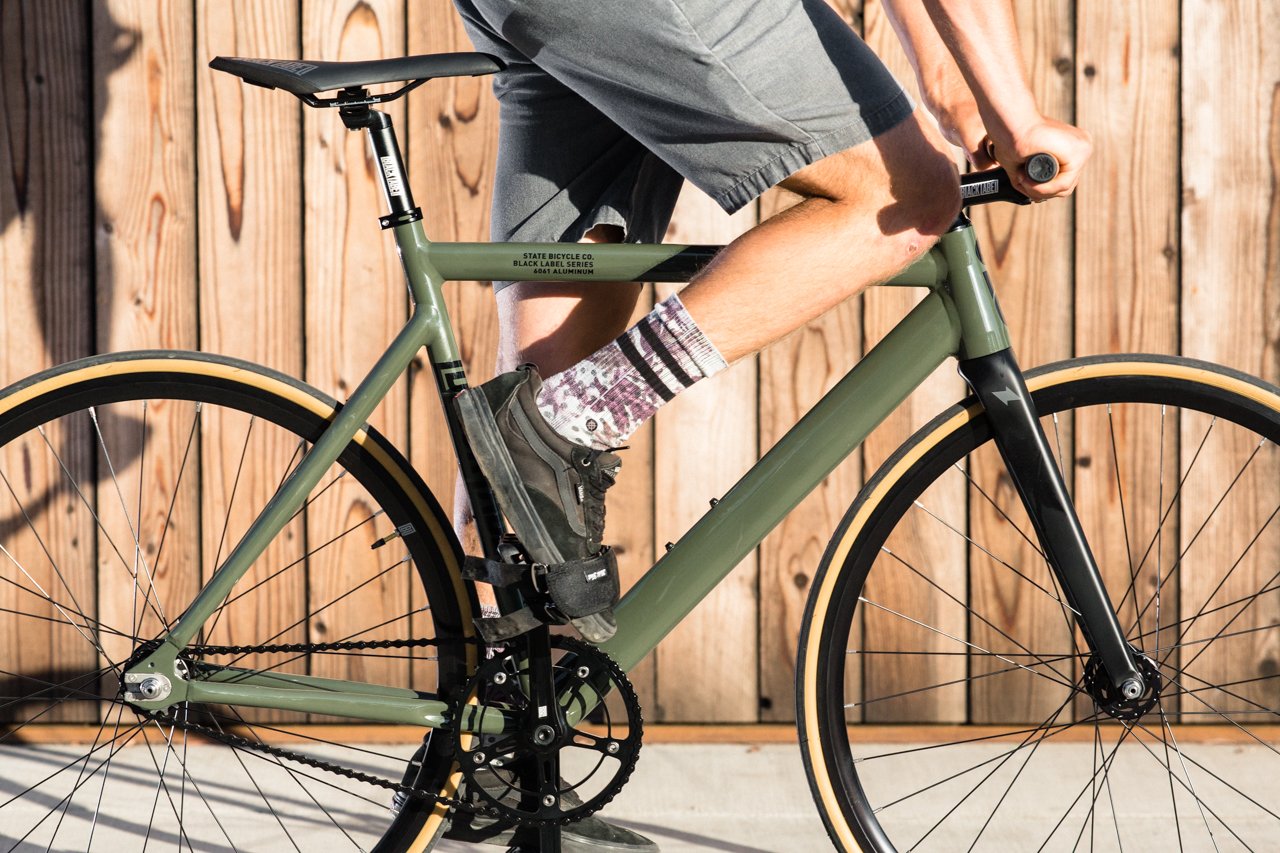 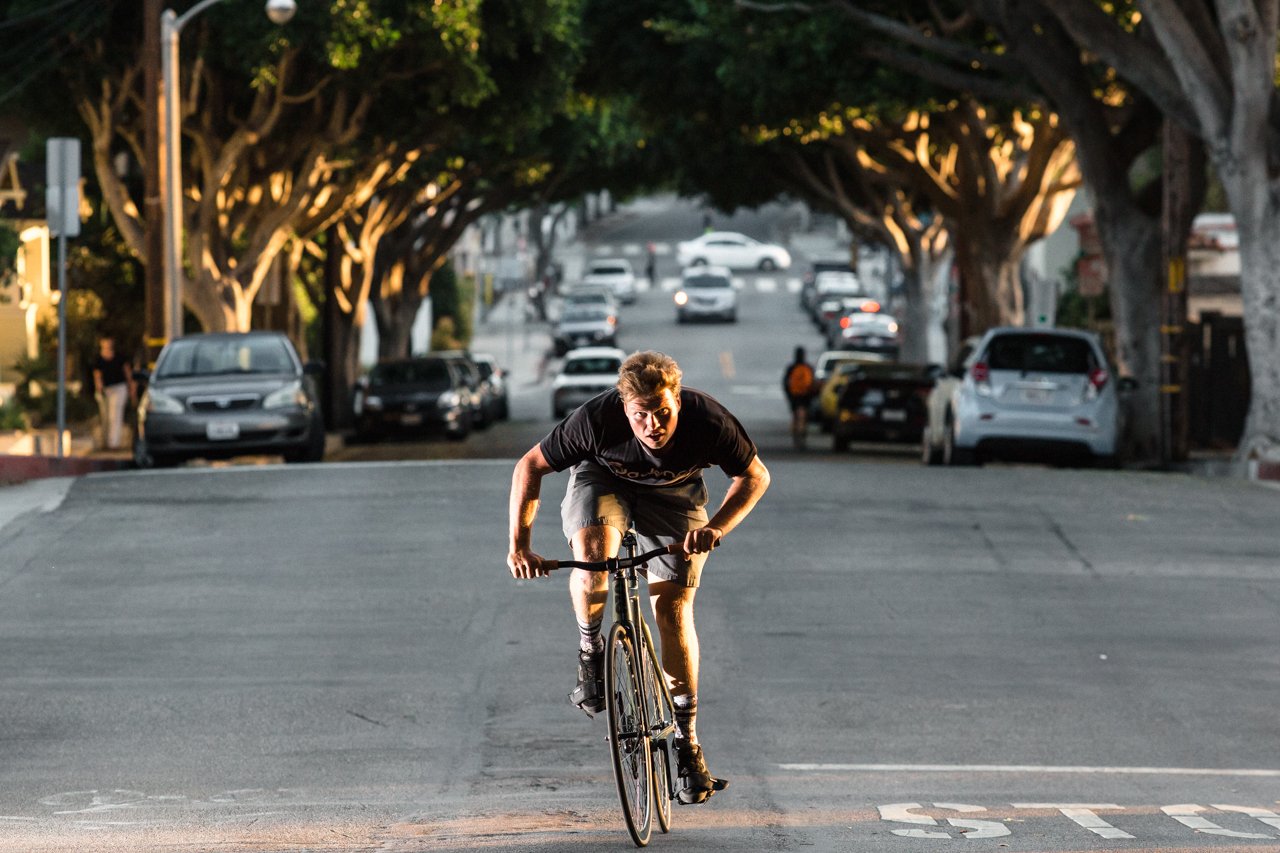 State Bicycle Co are a leading light in the world of bikes in our opinion here at The Coolector and they’ve merely reinforced that notion with this latest, military inspired offering which is incredibly cool to look at, not to mention top performing. If you find yourself in need of a new bike and looking to spend around the $700 mark on it, you’ll find none better in that bracket than this.