With a release around Halloween rapidly approaching, excitement surrounding season 2 of Stranger Things is definitely ramping up around Coolector HQ and for those of you that are just as excited as us about its impending release, you’ll likely be equally as enamoured with this awesome looking Stranger Things Season 2 Artwork that Netflix have recently released that features all the core characters from the show. 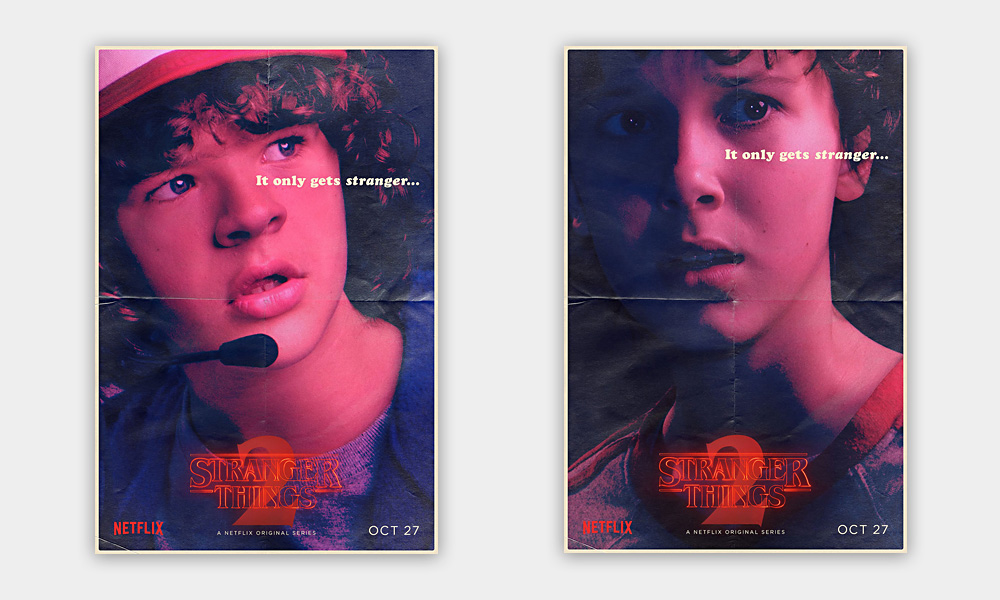 Stranger Things is unquestionably one of the best bits of television of the last decade in our opinion and not just because it reminds us of a golden age of film and television and this newly released series Stranger Things Season 2 Artwork has a suitably retro vibe to tie in with the overall 80s aesthetic of the hit show. If you miss the old school movie artwork that went alongside your favourite 80s films, these posters promoting the show will be very much to your liking.

If this cracking artwork for the new season of Stranger Things is to be believed, we’re going to be in for even more unusual goings on in the town of Hawkins with the Byers family looking set to encounter even stranger creatures than we saw in season one. This is definitely music to our ears here at Coolector HQ and this fantastic 80s inspired artwork is certainly ramping up the excitement levels for the show’s release in a few months time. 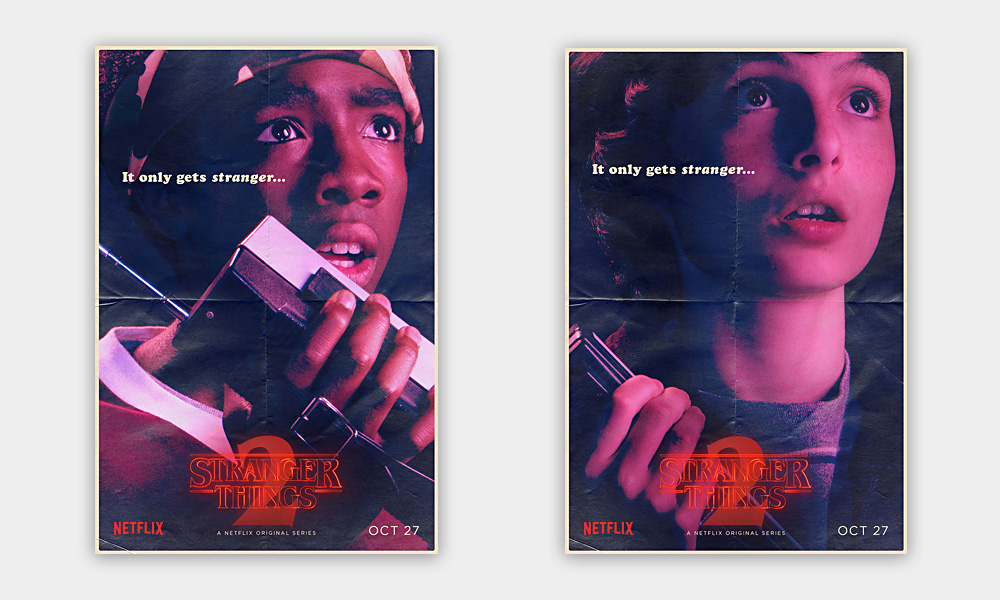 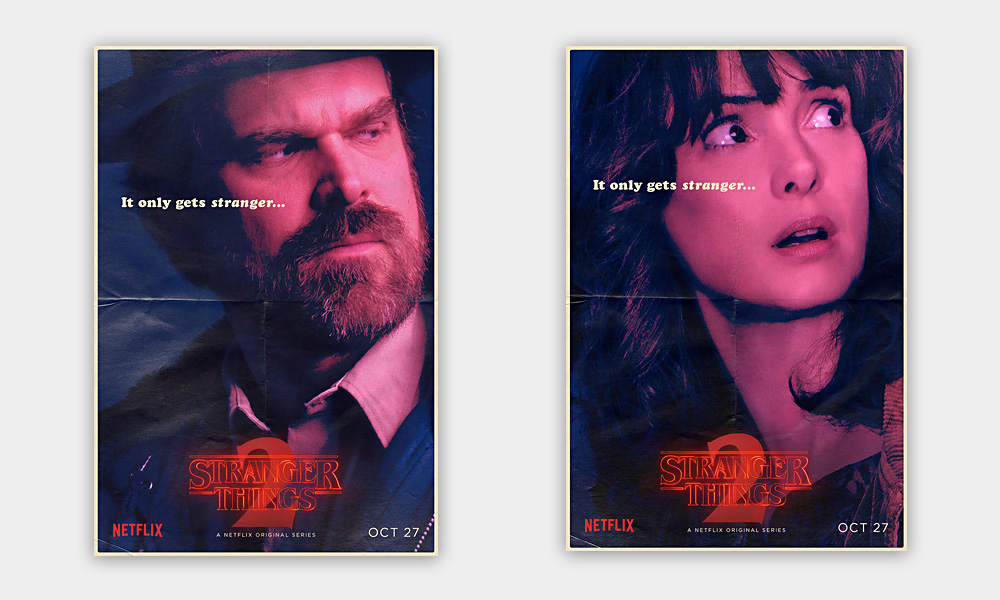 Whilst season one of Stranger Things was an unexpected hit, season 2 is going to have to step things up a notch because everyone is expecting great things so it’s good to see that the majority of the original cast are returning for the often difficult second season. This Stranger Things Season Two Artwork sees the likes of Hopper, Joyce Byers, Will, Eleven, Dustin et al making a return and we can’t wait to see what escapades they get up to. 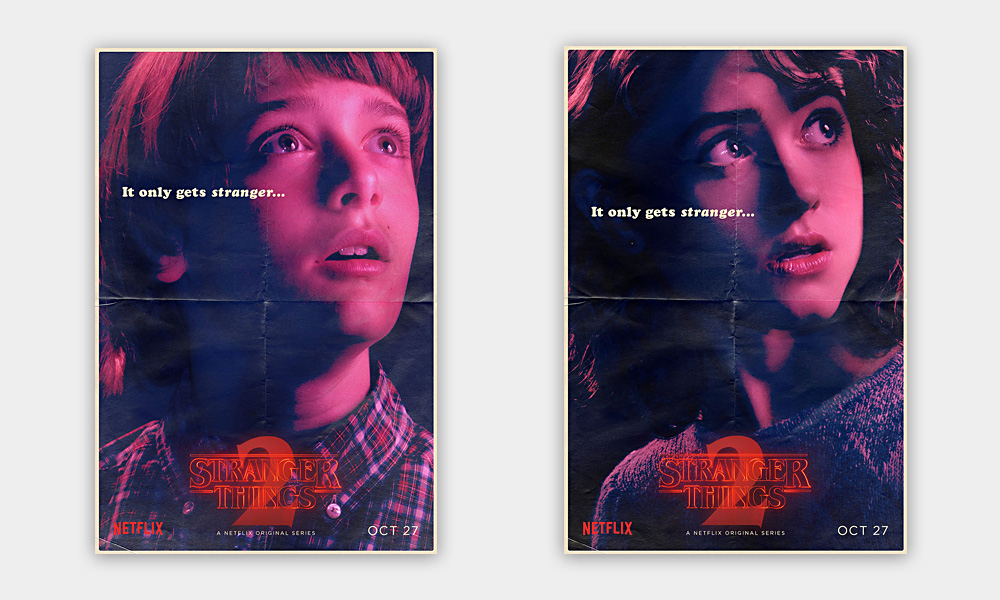 Stranger Things really taps into the 80s movie tone with the way they shoot the series and the overall cast of characters and this is something that really set it apart amongst the other television programmes out there right now. It very much looks to be more of the glorious same in season two and this superbly designed artwork will have to tide us over until the end of October when the triumphant series returns to our screens again.

With Game of Thrones recently reaching a somewhat dramatic conclusion, there is a noticeable gap in most people’s TV schedules which we’re all waiting for Stranger Things to fill. Having watched the trailer numerous times at Coolector HQ we’re pretty sure it’s not going to disappoint and the old gang getting back together is a sure recipe for success. 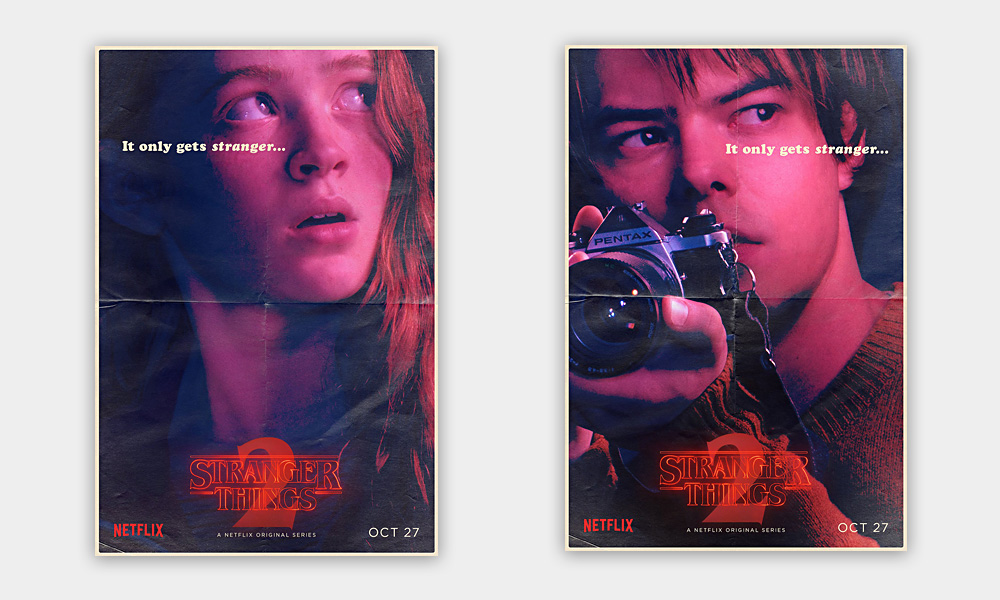 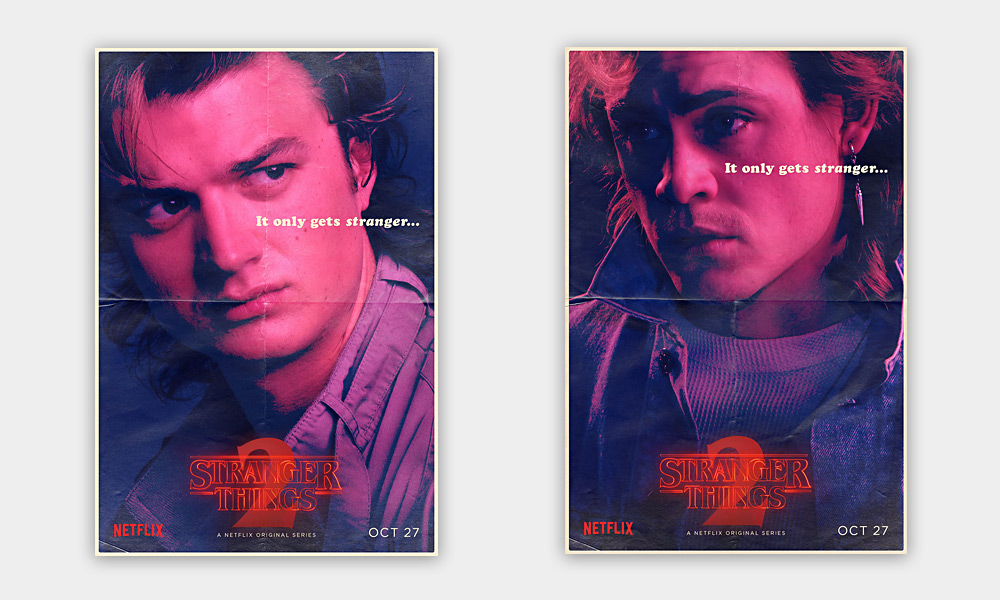 With just a couple of months to wait until we are all transported back to the 80s again via Hawkins, Indiana, this excellent artwork has got us mighty excited for the new season of Stranger Things on Netflix and for fans of the show, these will definitely resonate with you too.