It might be some years since Dexter set up his last kill room but it still remains one of our favourite shows here at Coolector HQ so whenever we come across things pertaining to its awesomeness, we’re inevitably going to sit up and take notice. This is especially true when said thing is as brilliant as these Ty Mattson Dexter Prints, which are a fantastic tribute to one of the best crime dramas / black comedies that has hit the small screen. 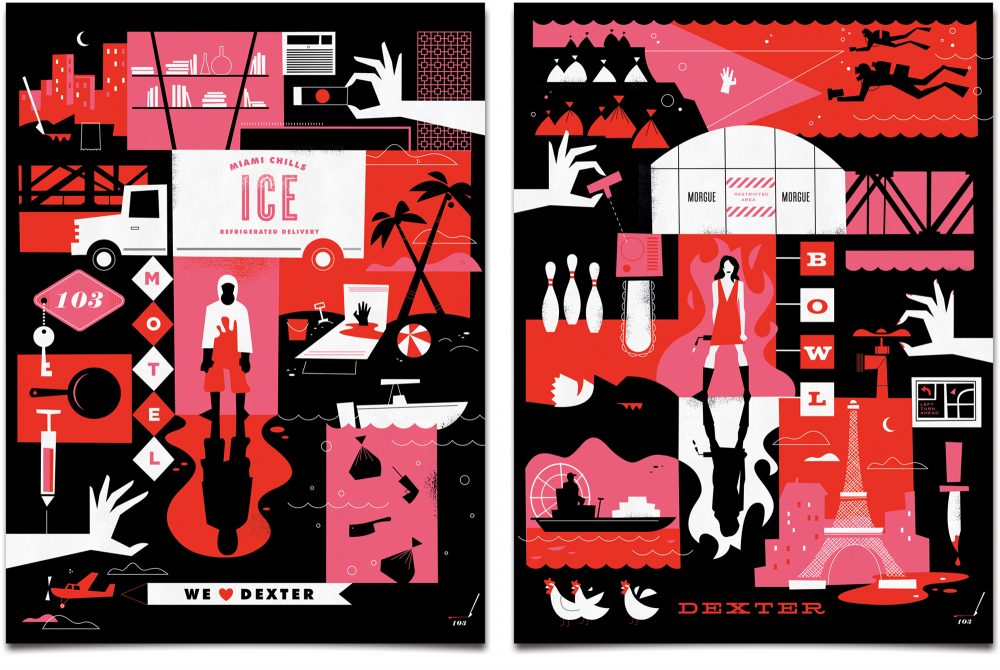 Ty Mattson is a graphic designer and illustrator who has a particular penchant for popular culture, and we’ve featured his equally as excellent Breaking Bad prints in the past, so he’s certainly got form when it comes to catching our eye here at The Coolector. These superb looking Dexter Prints are suitably striking and, as you would expect, feature the colour red extensively throughout the design and this is something synonymous with the show.

There is something about the highly stylised artwork of Ty Mattson which certainly resonates with our sensibilities here at Coolector HQ and we’re sure that there will be plenty of other Dexter fans out there joining us in our desire to have these cracking prints hanging above our workspace. This project originally began life as just a fan art project as Mattson designed a set of posters which were inspired by Showtime’s hit series, Dexter, and he published them online but the show’s producers saw them and turned the prints into official Dexter merchandise such was their love of their immensely striking design. 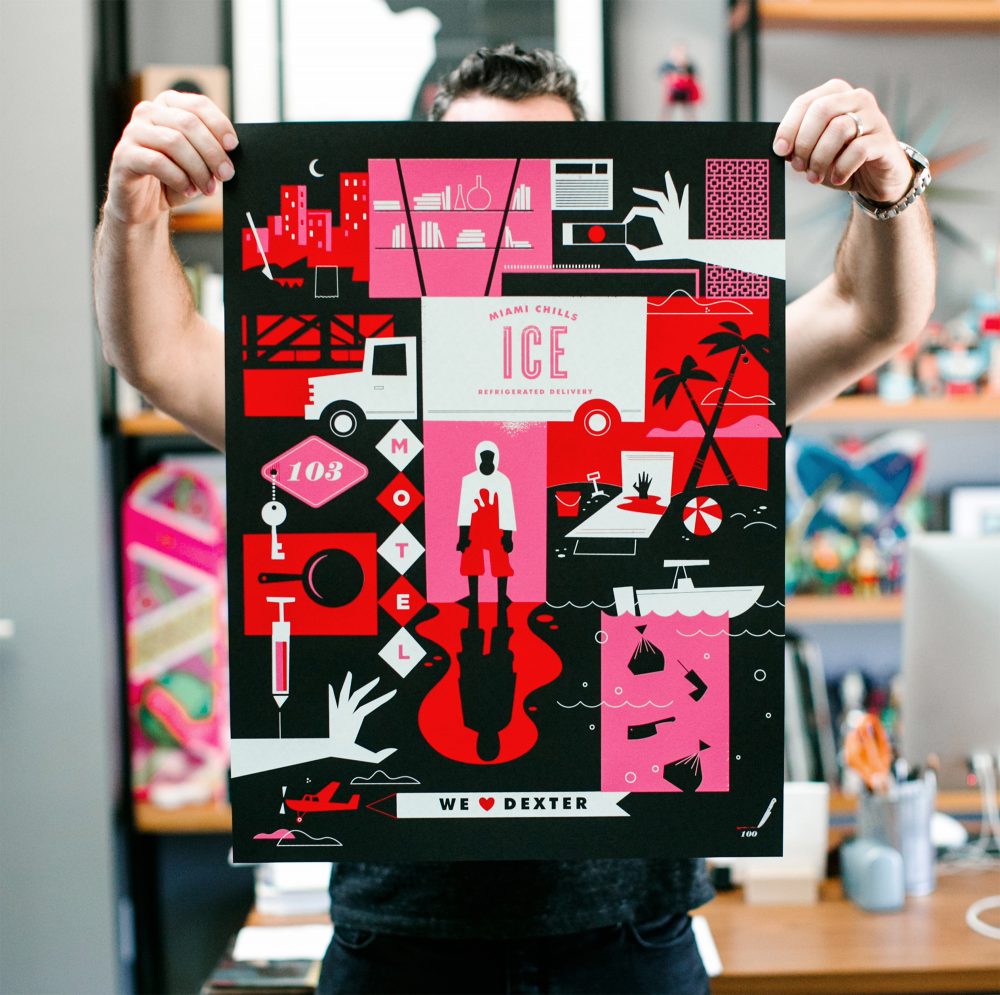 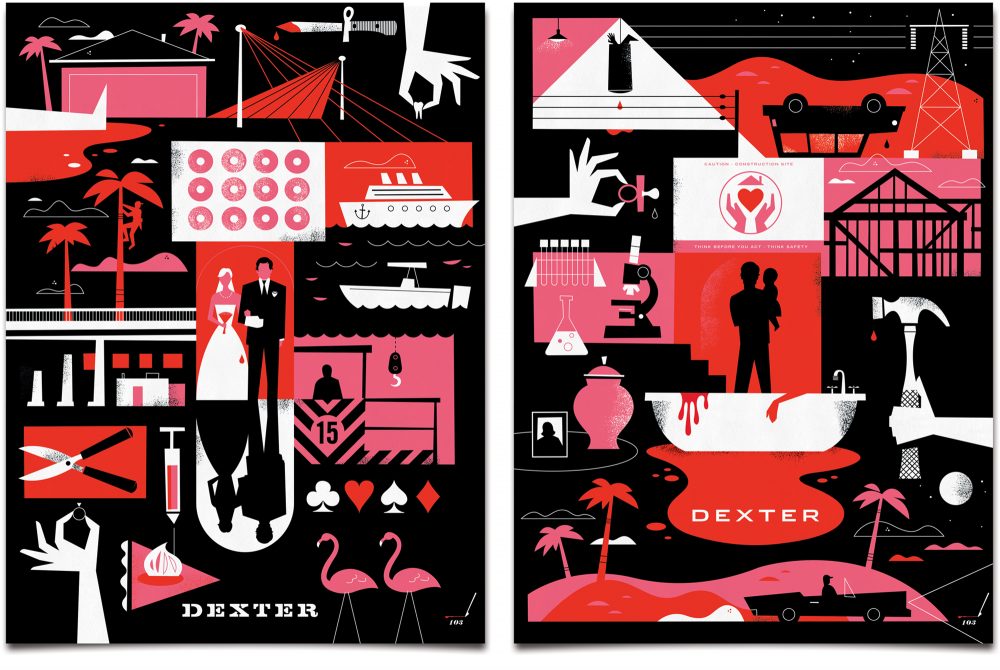 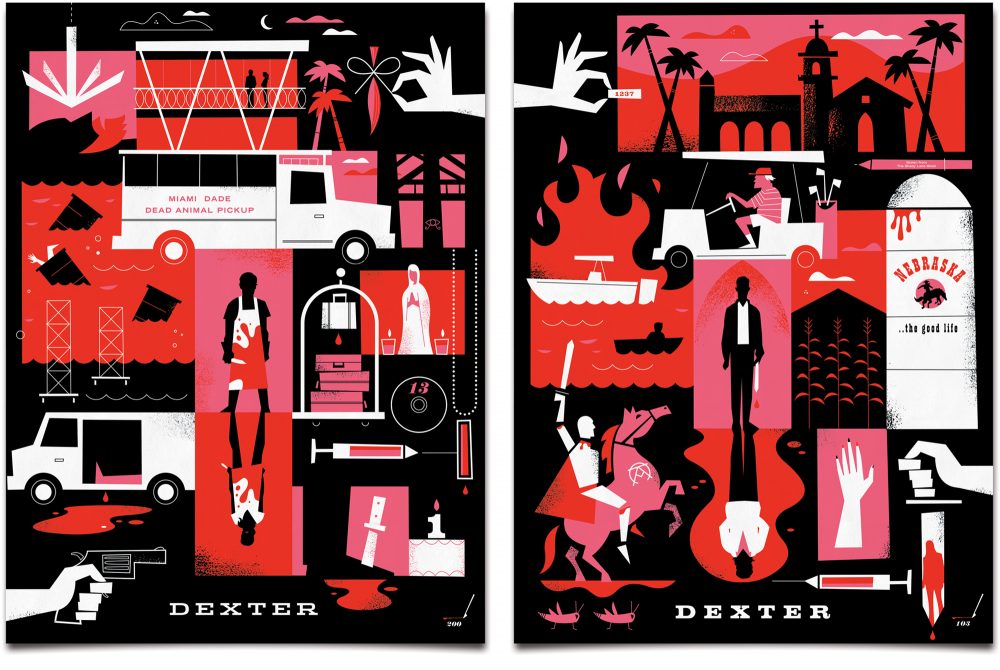 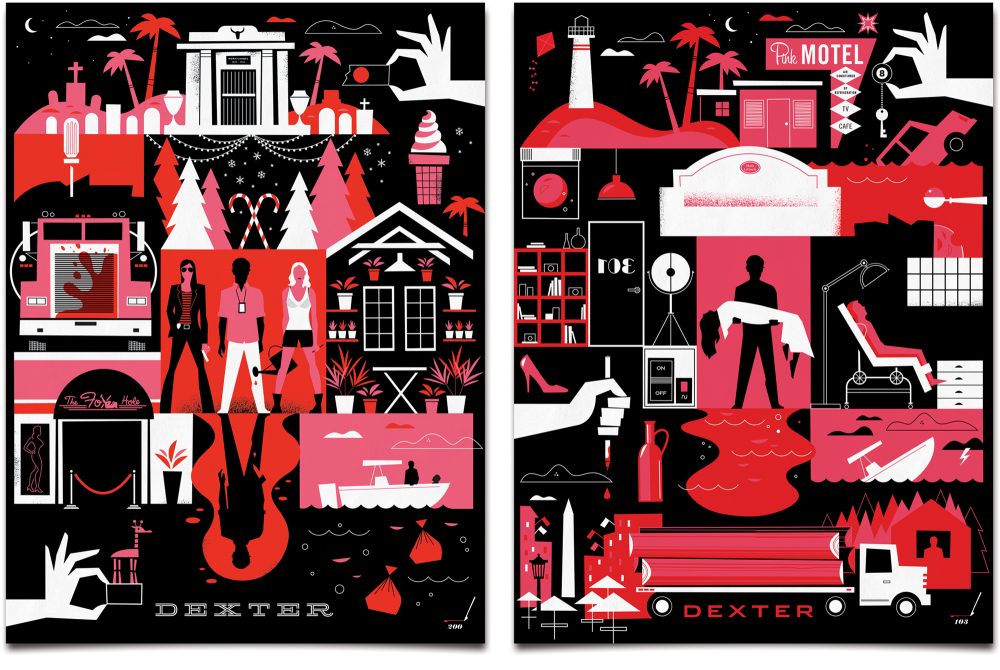 These Ty Mattson Dexter Prints have got the sort of vibrancy which was inherent in the hit show and they will add a real splash of colour to any interior design aesthetic / workspace. If you’re after some bold artwork to liven up your home and have a love of the Dexter series, these prints are going to be patently up your street and we’re huge fans of the fantastic attention to detail that has gone into each print. Some of the show’s most notable nemesis’ have been captured in these cracking prints including the iconic Ice Truck Killer which was one of the show’s crowning glories in the tension stakes. 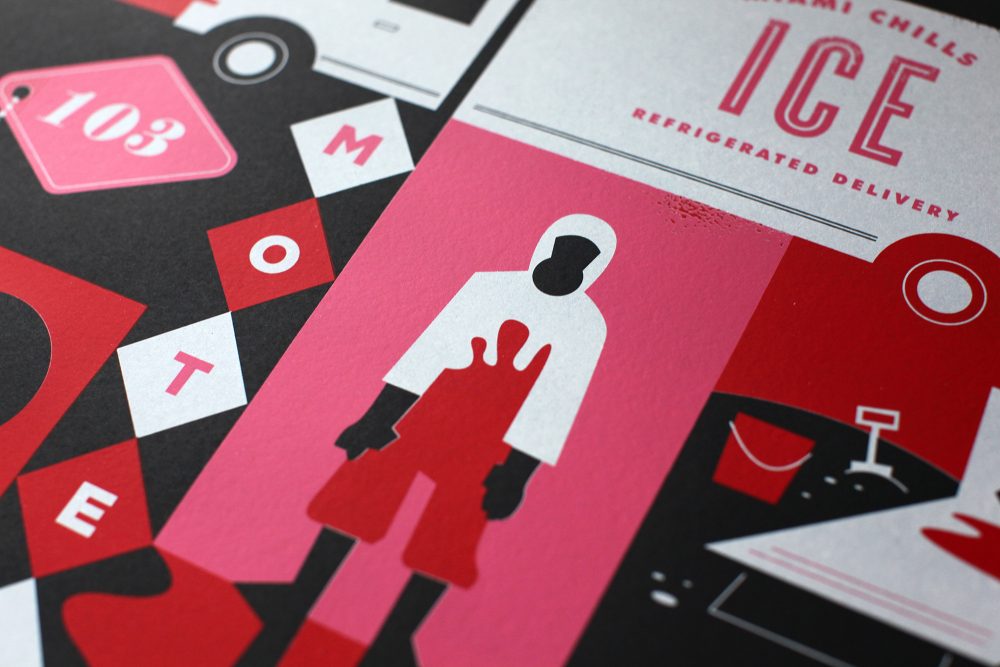 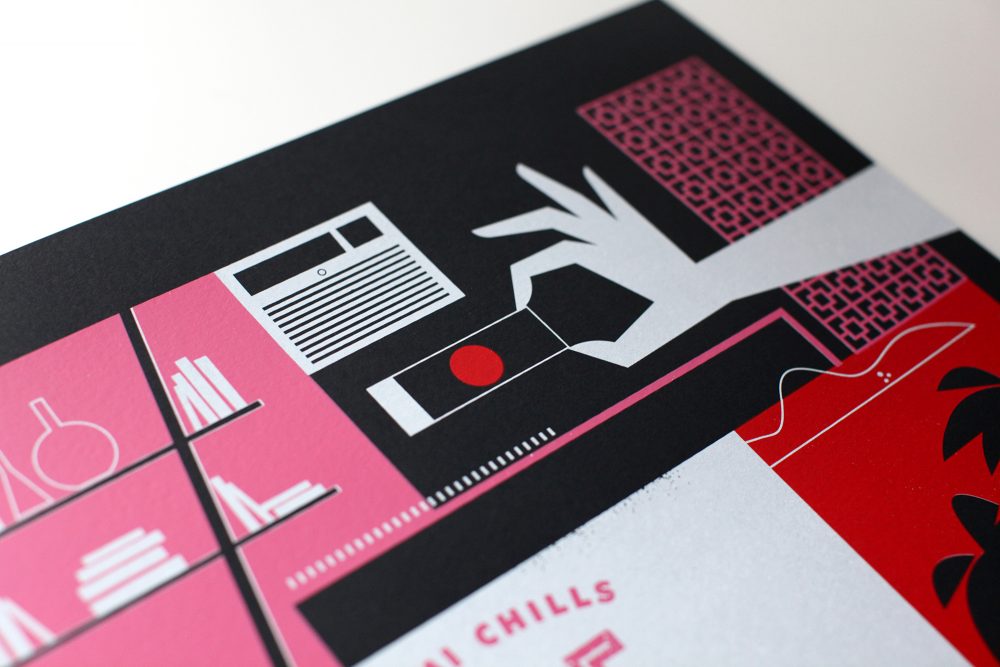 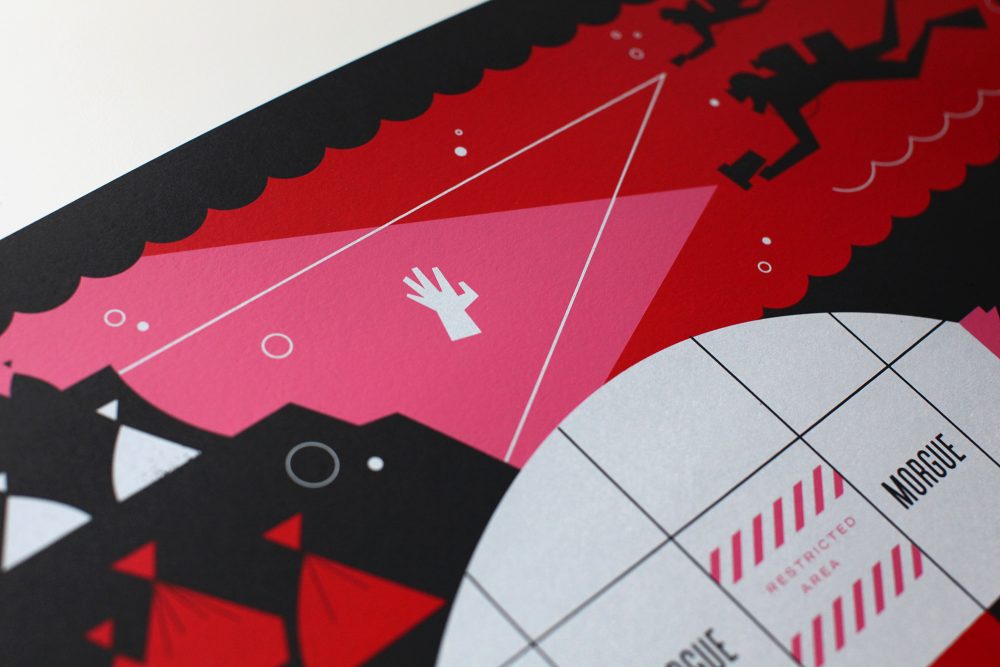 We love artwork based on our favourite popular culture shows here at Coolector HQ and Ty Mattson certainly captures the sort of aesthetic that we’ll gravitate toward in terms of the sort of designs we love to see hanging from our wall. It’s testament to the excellence of these prints that the show’s own creators fell for it so hard and insisted that it become official merchandise for Dexter. There is a really big visual impact to each of these different Dexter Prints and they will evoke memories of each series even though it came off the air a number of years ago now.

Mattson certainly has his own distinctive style when it comes to his prints and its ones that we’re mighty impressed with here at Coolector HQ. There is a real attention to detail with these Dexter Prints in particular with great little nods to happenings in the show throughout their construction. If you miss the Show Time series and want something to remember it by, these cracking prints from Ty Mattson would definitely be our pick. 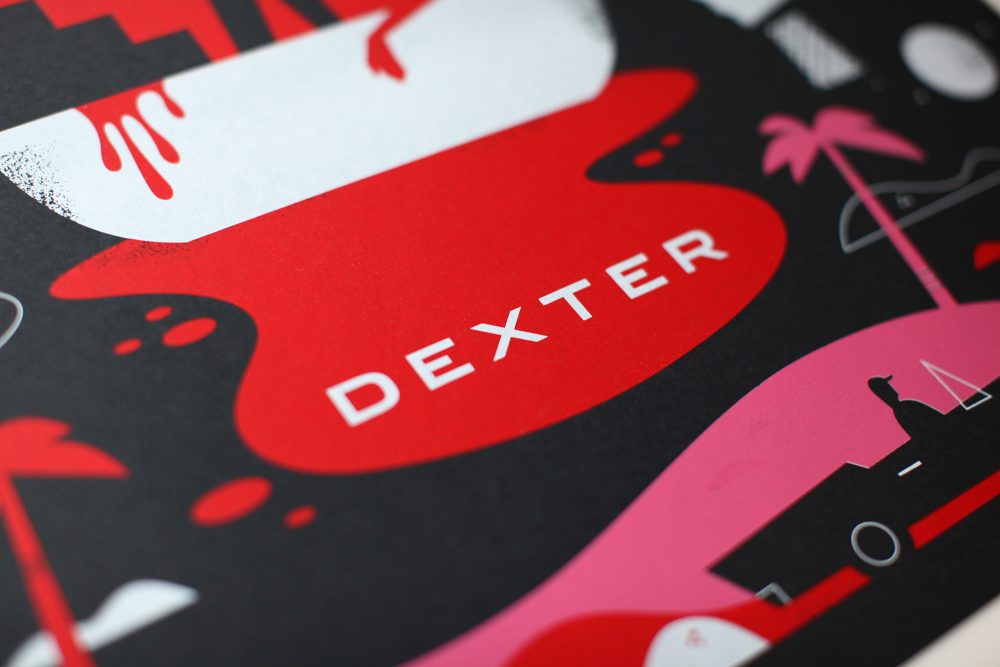 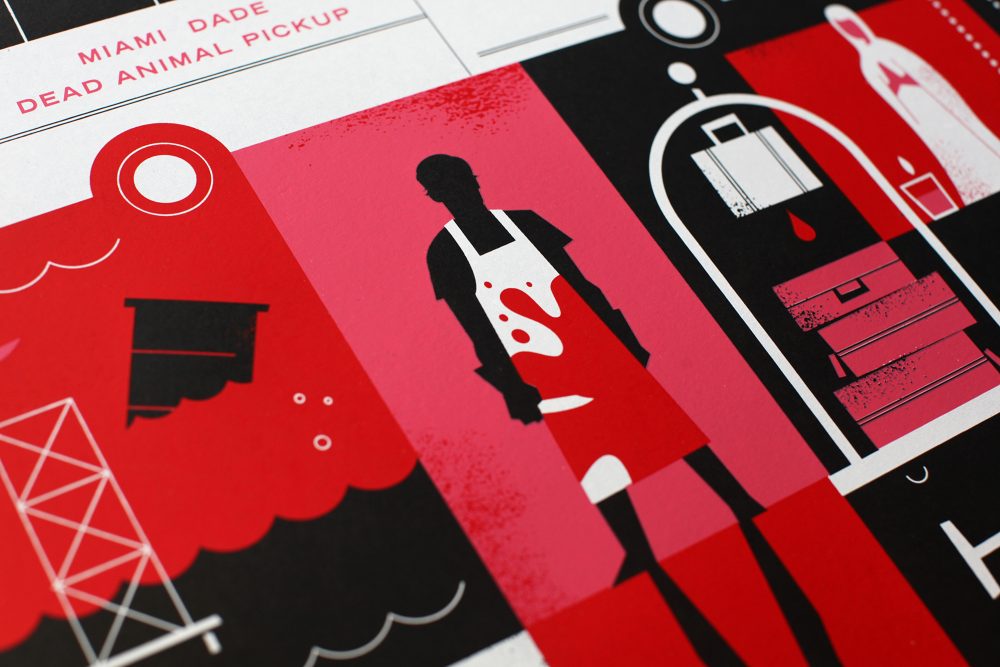 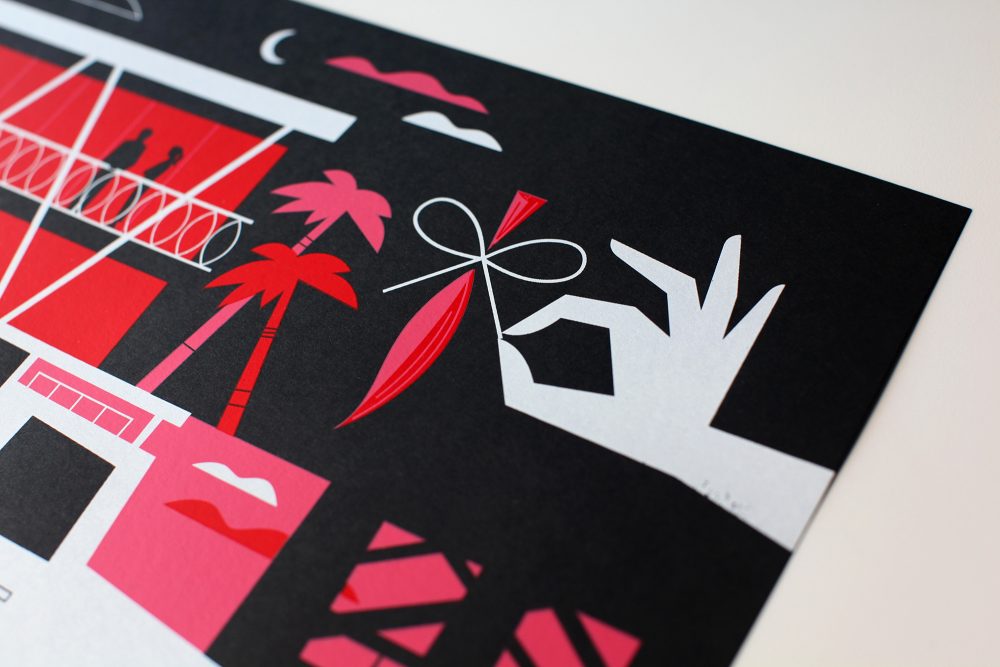 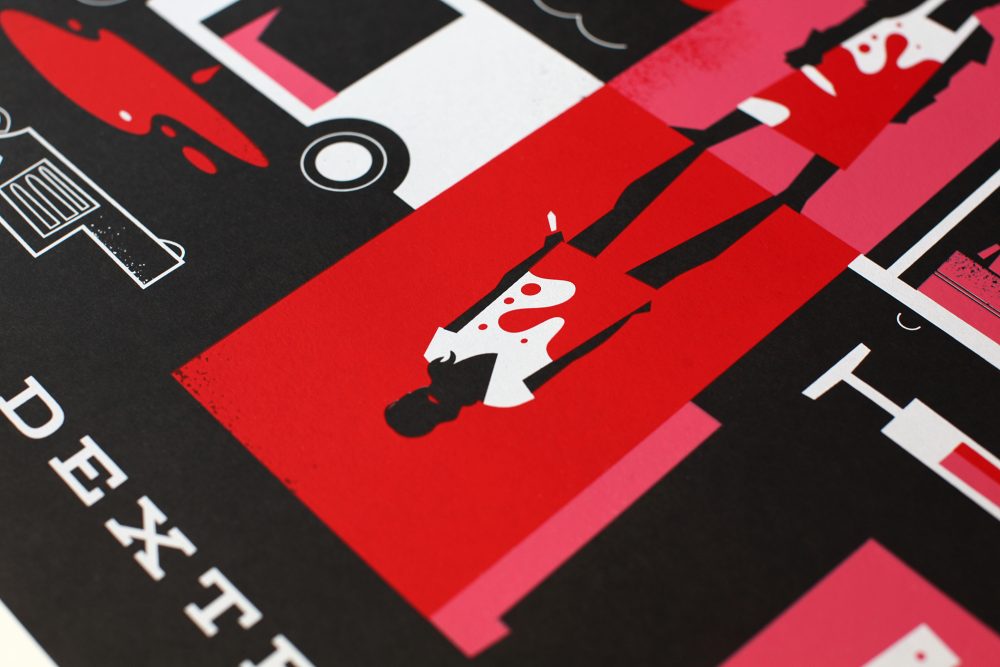 Great quality and first class design combine to make these a real standout piece of artwork and given that Dexter is one of our favourite shows of the last decade here at The Coolector, we were always going to be won over by these superb prints. If you’re equally as enamoured with the sociopath then head on over to Mattson’s webshop and bag some for yourself.