Skateboards are, you would think, all largely similar in design but then, every once in a while, someone comes along that dares to think outside of the box a little and throws something else into the mix which might just change the way you approach your favourite pastime. Say hello to BoardUp and their fantastic offering of the world’s first folding longboard. This eye-catching creation looks set to revolutionise the skateboarding industry and you’ll be blown away at just how functional and intuitively designed it is. 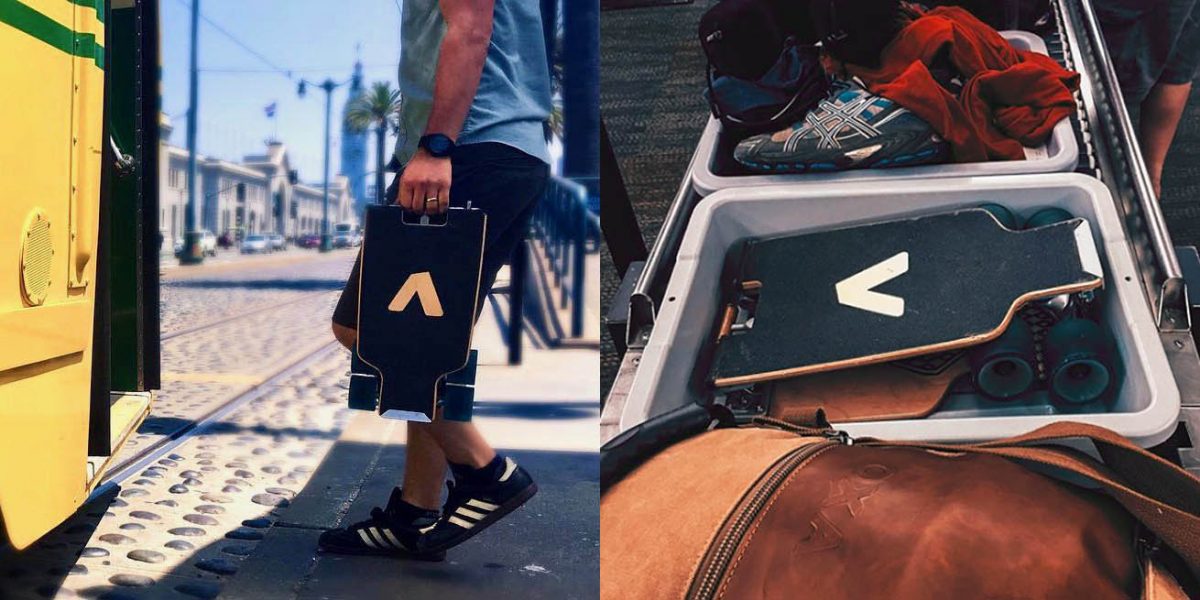 The BoardUp Folding Longboard is so simple to use and it effortlessly folds in half with the tap of a foot to instantly make it much more portable. Boasting a mighty rugged and robust construction, this longboard isn’t going to let you down on any adventures you’ve got planned and you’ll love just how innovatively designed it is making it quite like any other ride on the market right now. Crafted from Canadian Maple wood, extra thick board plus an additional layer of fiber glass makes sure the durability of the BoardUp Longboard is never anything but the best.

With prices starting at just $129.99 for the BoardUp Folding Longboard, it is pleasingly affordable for such an impressive steed and if you’re after a skateboarding experience a touch different to the norm, look no further than this cracking construct. With its patented hinge and front kick-pad which brings a new riding style to proceedings, the BoardUp Folding Longboard is extremely lightweight and, even with the addition of the hinge, still comes in at under 8lbs. 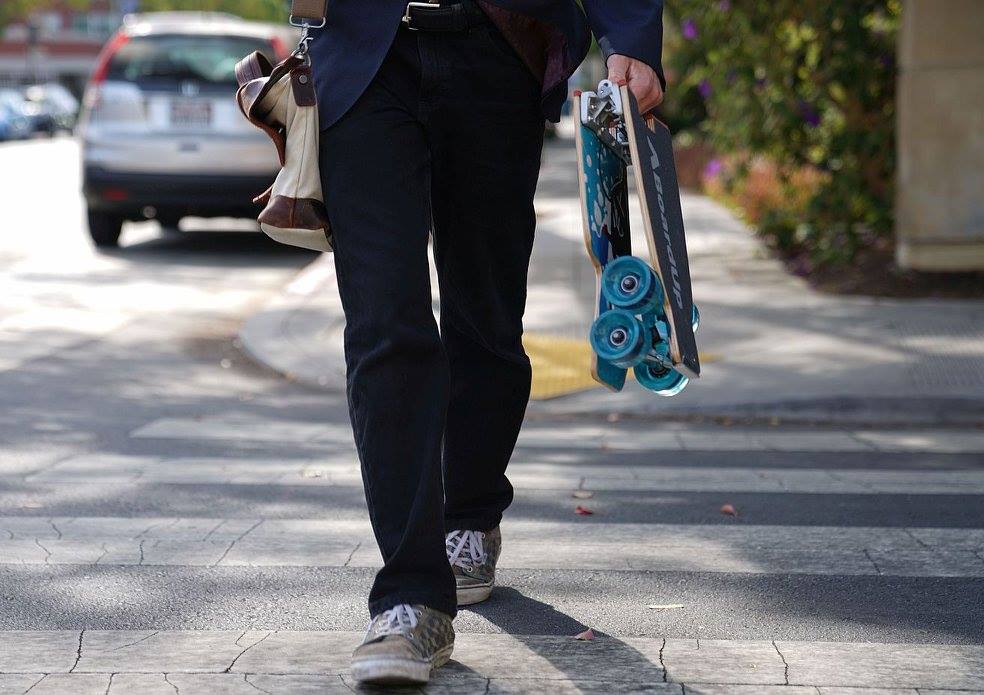 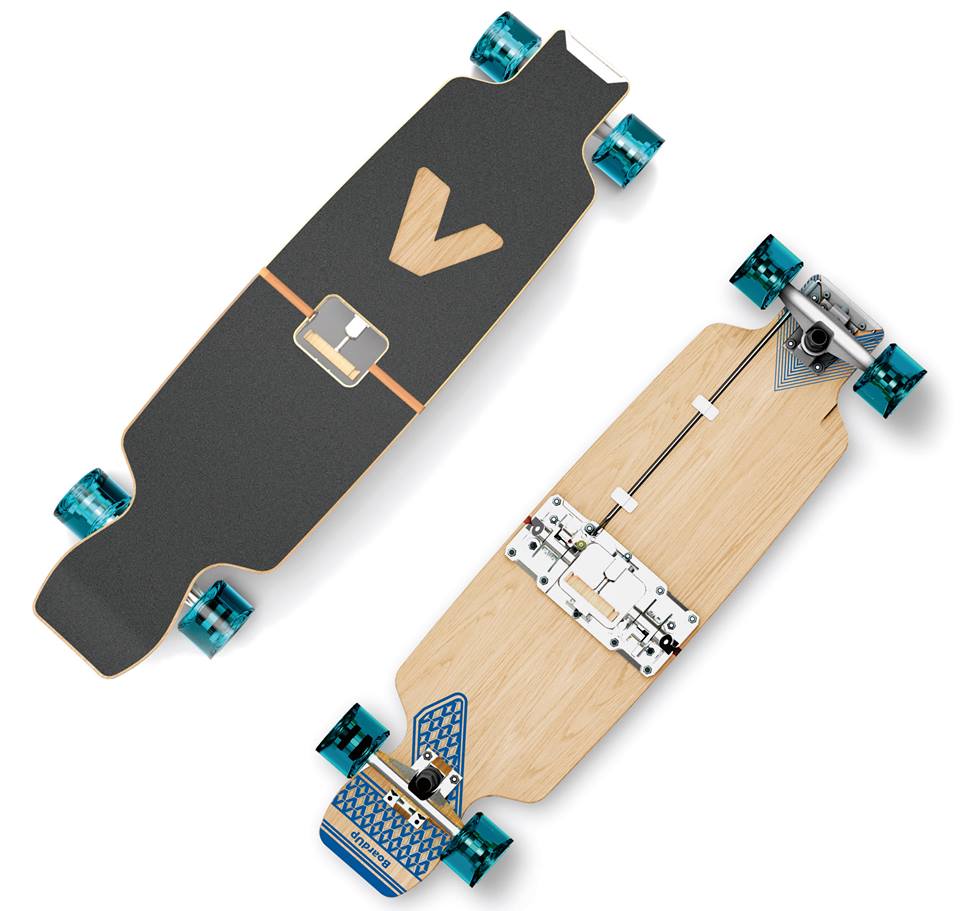 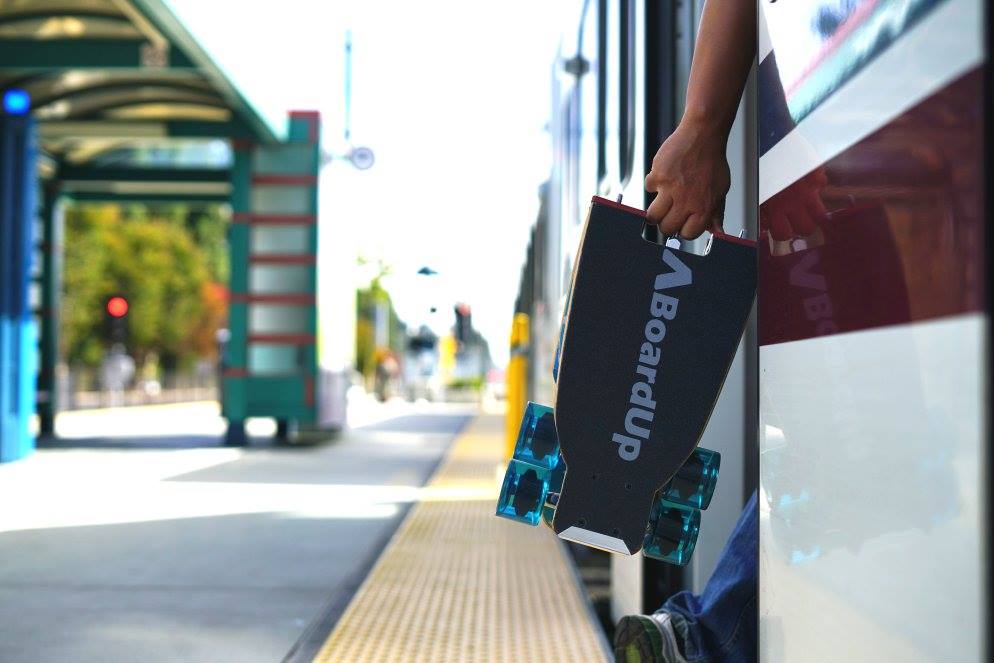 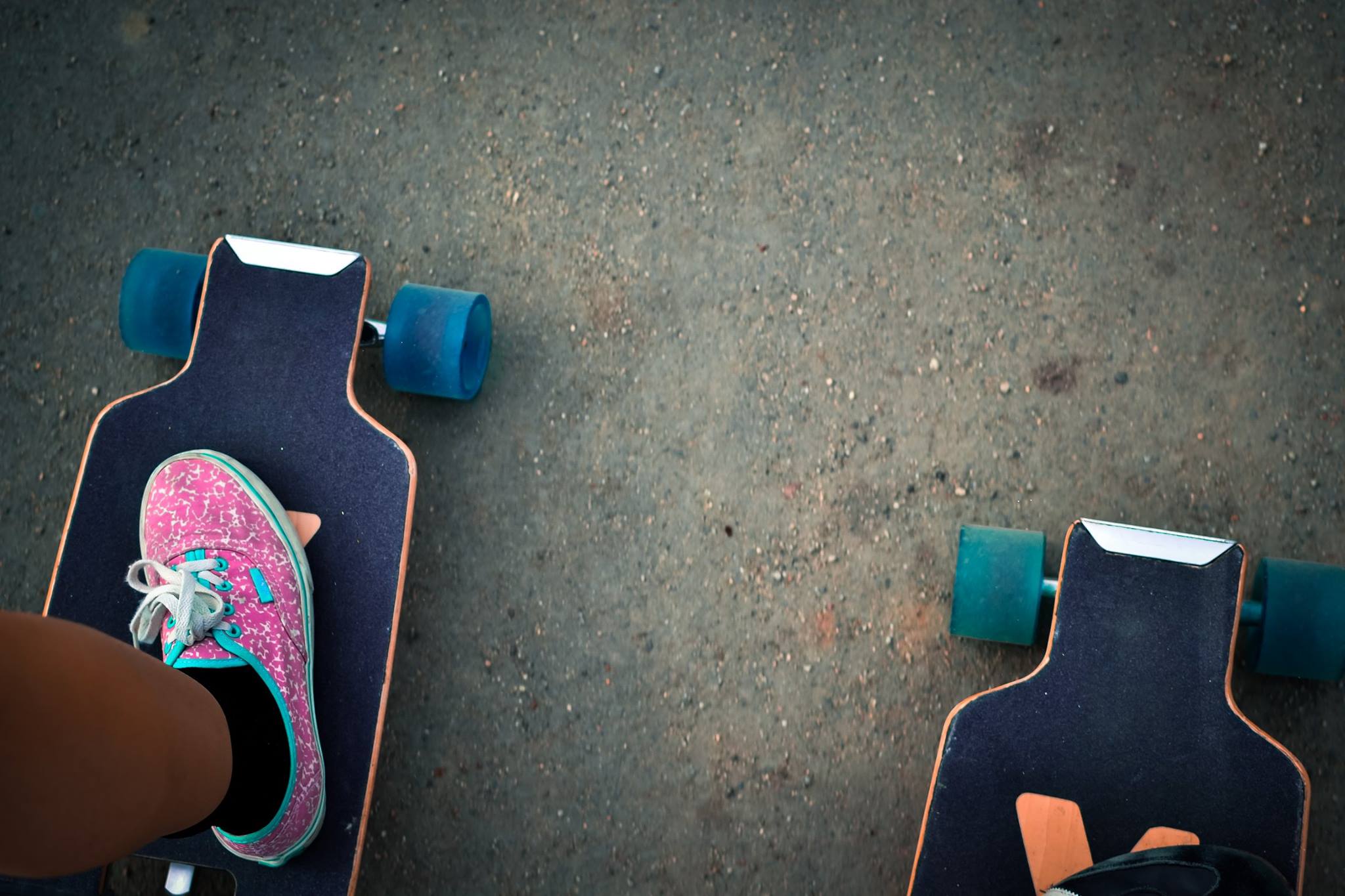 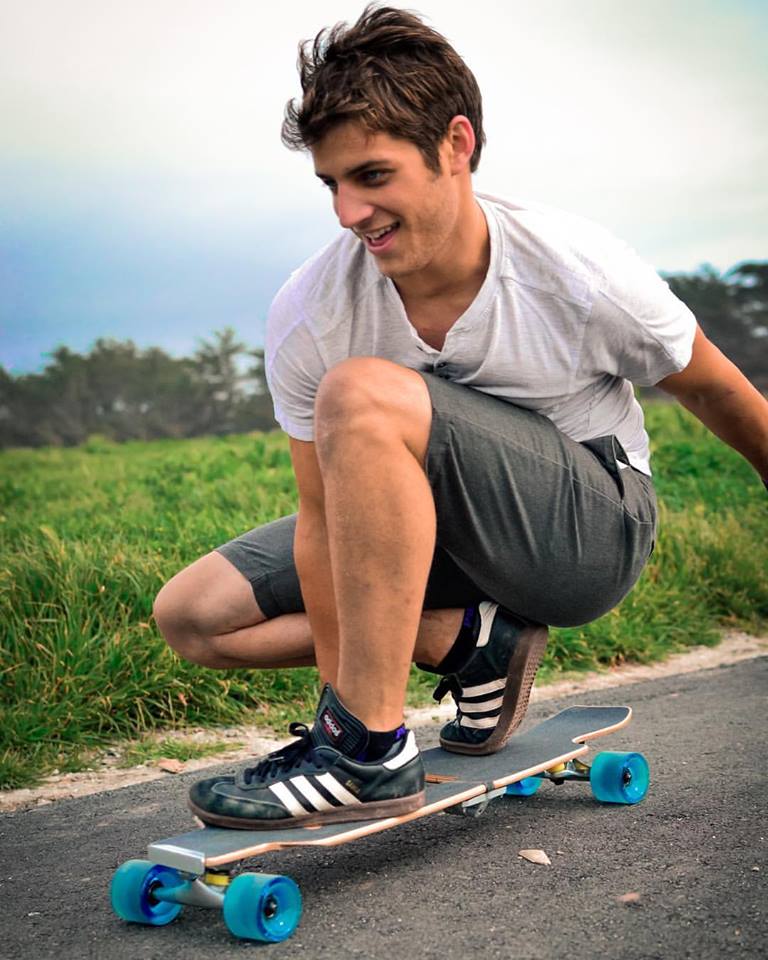 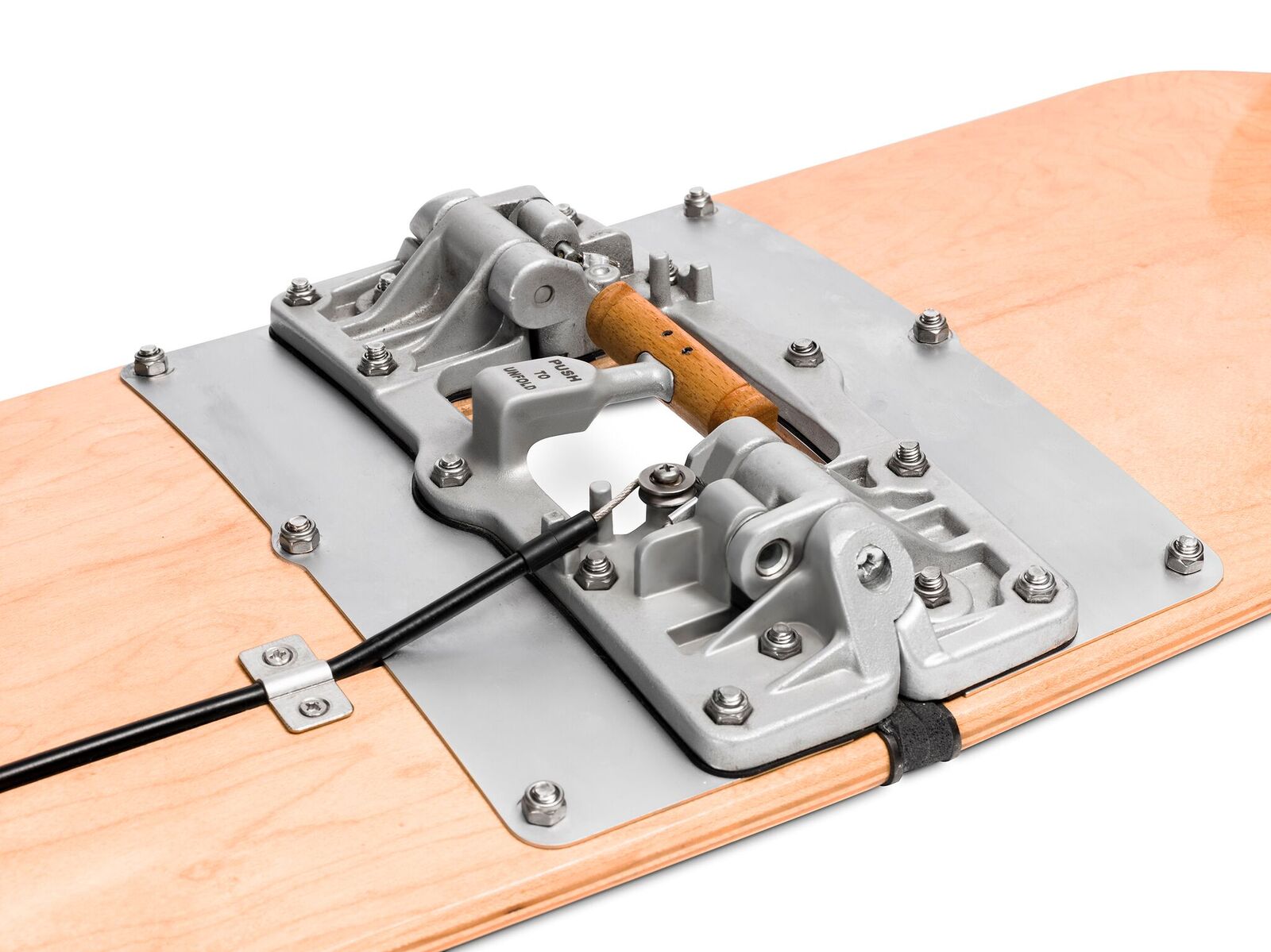 The BoardUp Folding Longboard is built to withstand any riding style be it conventional or unconventional and the clever approach to the design of this first class skateboard really is most impressive indeed. Extremely simple to carry, the hinged design allows the BoardUp to fold and cut its length in half, instantly making it more conducive to being carried on train commutes and the like. Carrying around a longboard will no longer be considered a hassle but something you enjoy and can instantly deploy when you see some terrain you want to tear up.

It has been designed with travel in mind and the BoardUp Folding Longboard will effortlessly fold in two to fit into most types of luggage so you can have it in tow when you head overseas or on weekend trips away. When folded, this superb bit of kit is actually shorter than the Penny Board but will give you the same awesome long boarding experience when it is fully deployed. This is something that is definitely going to appeal to those who prefer longboards but don’t like the nuisance of having to carry around a bulkier product.

Using patented technology, the BoardUp Folding Longboard is constructed from an aluminium kick pad and locking hinge that are responsible for the mighty impressive folding action. By simply pressing down on the kick pad with the board flat on the ground, the hinge’s locking mechanism is released and will fold up instantly in your hands. If the board is unfolded to ride, the hinge locks to prevent the board from coupling so you don’t need to worry about it suddenly folding up in the middle of pulling off a jump. 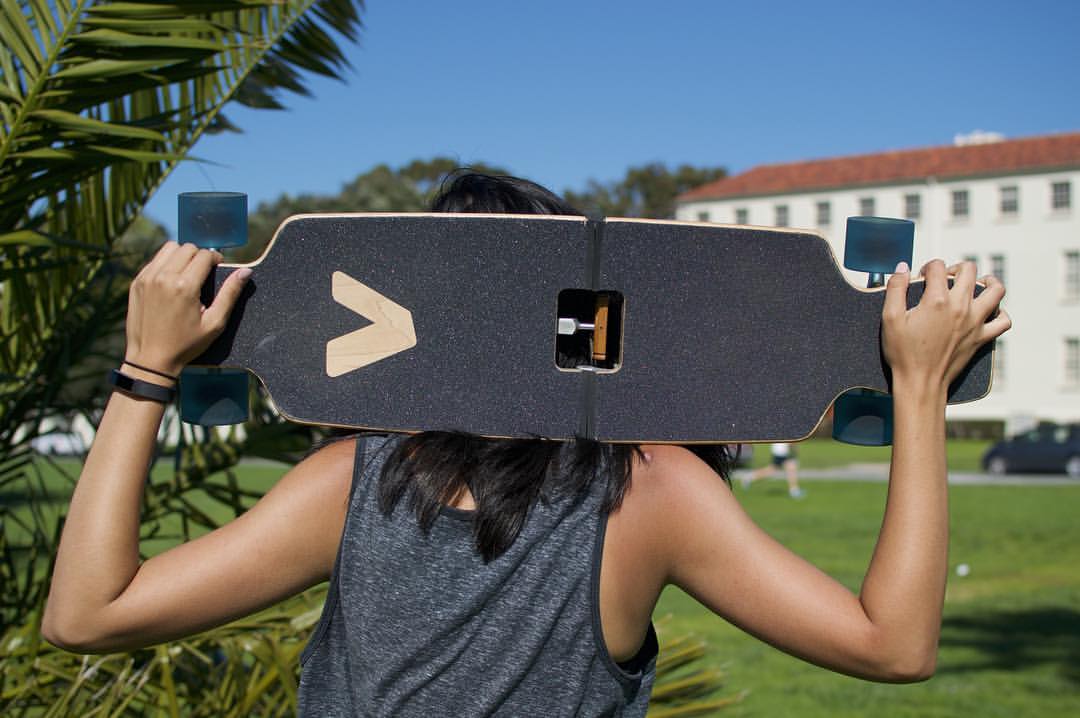 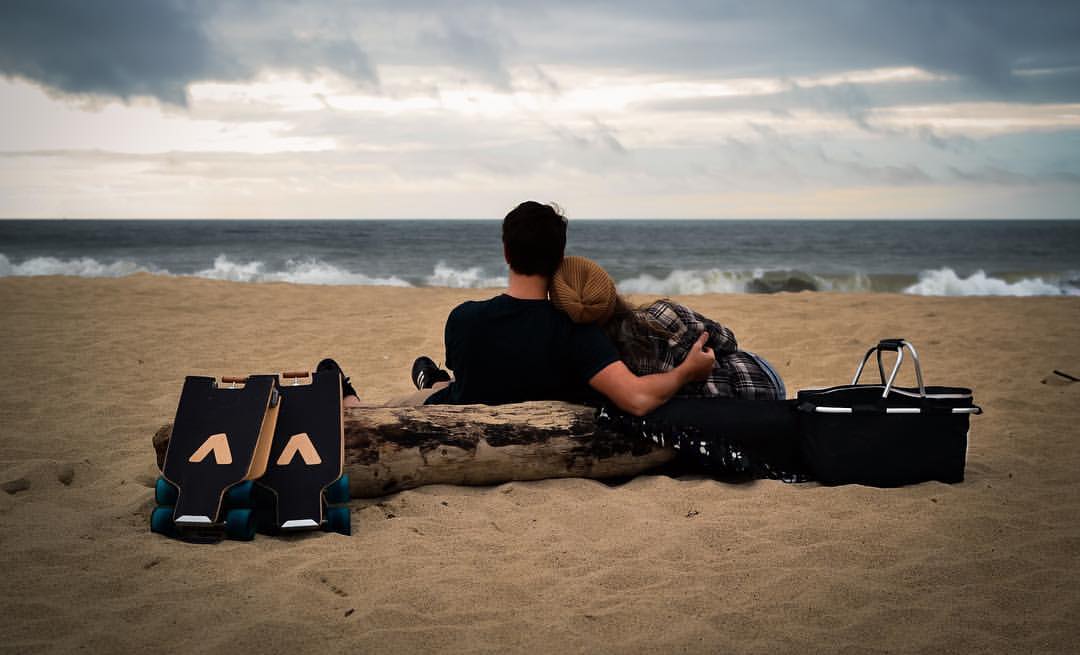 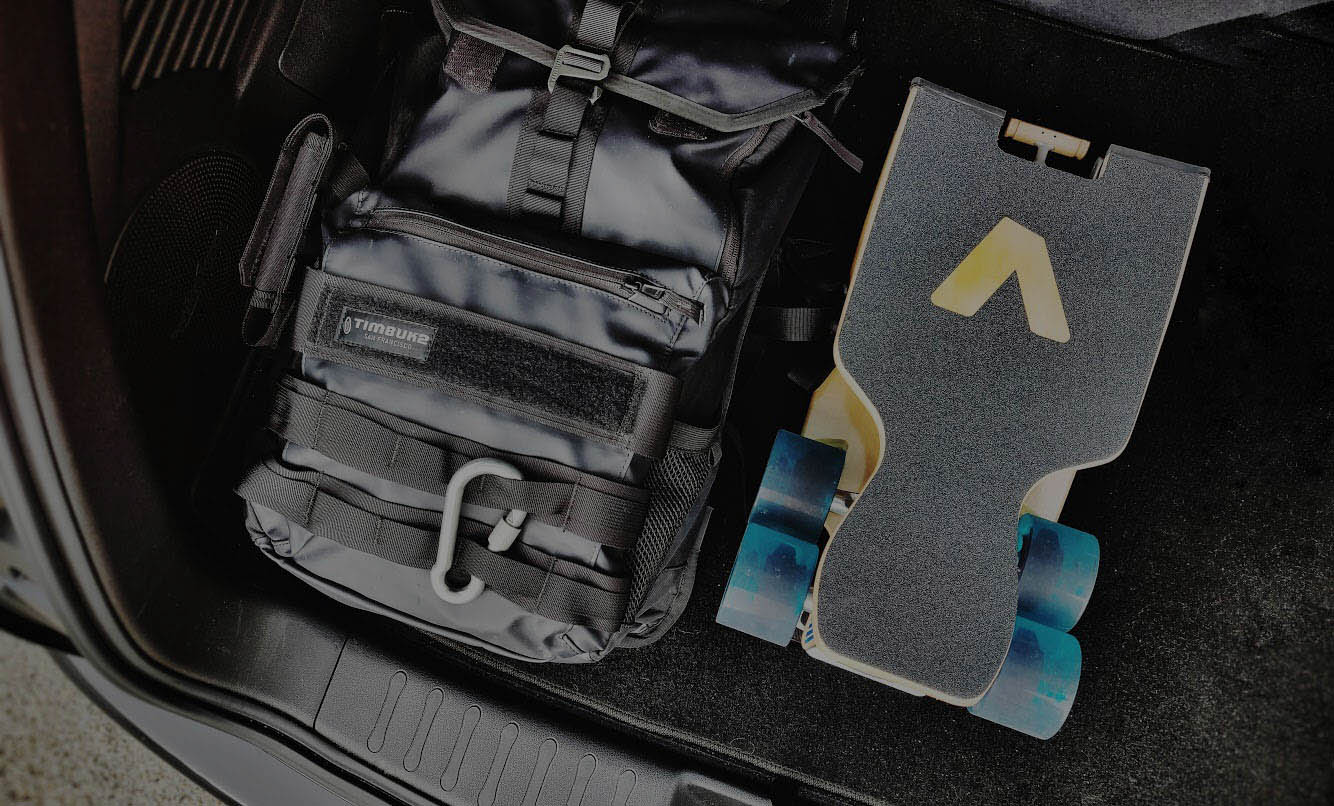 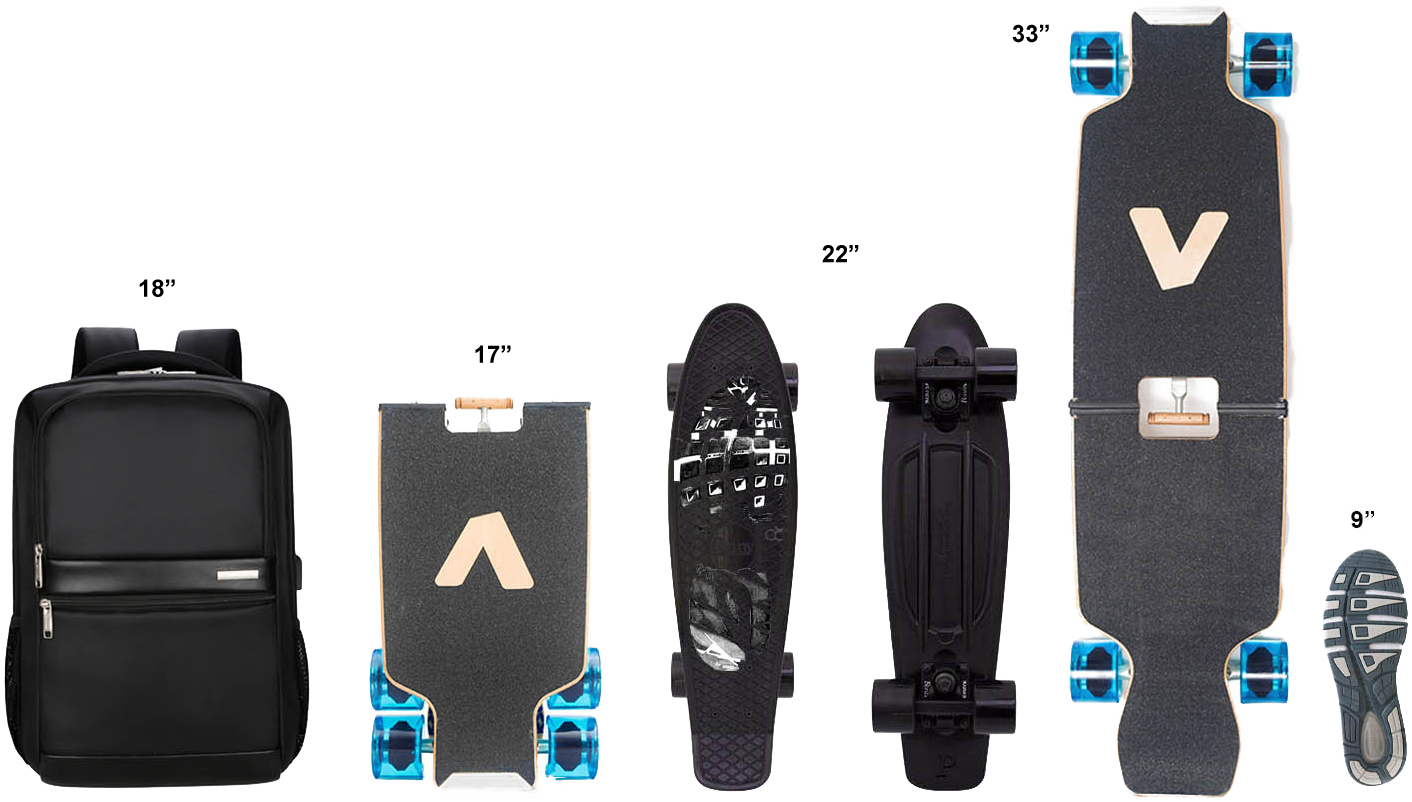 With prices starting at just $129.99 and going up to $399 for the electric version of this folding longboard, you’ll certainly be able to find one that suits your budget and it’s hard not to be impressed with the intuitive nature of this striking skateboard. For those skateboarders out there who dare to be a little different and love trying new things, getting your hands on one of the excellent offerings from BoardUp seems like a no-brainer to us here at Coolector HQ.

Written By
Leo Davie
More from Leo Davie
Billed as the future of filmmaking, the Moment Filmmaker Collection has some impressive...
Read More