It’s not everyday you come across a machine quite as eye-catching as the Workhorse Appaloosa Motorbike but this breathtaking contraption has certainly captured our imagination here at Coolector HQ. This phenomenal looking steed has been crafted by the Workhorse workshop to showcase at Monza for The Reunion – which is a weekend-long celebration of custom motorcycle culture. It’s also where the first round of the Sultans of Sprint sprint race series is taking place which means that a whole lot of new race bikes are going to be on show.

The Workhorse Appaloosa Motorbike is certainly going to be one of the stand out contenders to be the most visually impressive machine at The Reunion event in Monza with its unparalleled craftsmanship and extremely eye-catching build quality. This spectacular piece of motorbike engineering from Workhorse really is second to none and it is built upon a 2018-model Indian Scout Bobber which has been painstakingly overhauled by Brice Hennebert, at his Workhorse Speedshop in Belgium.

With such a striking aesthetic, it’s no wonder this bike is beginning to turn heads the world over and the Appaloosa Motorbike from Workhorse was actually commissioned by Indian’s European HQ to take part in the Sultans of Sprint Factory Class Race. The class is for four-strokes only, but there’s isn’t a limit on engine capacity so long as your power-to-weight ratio doesn’t go above 0.65 hp/kg. 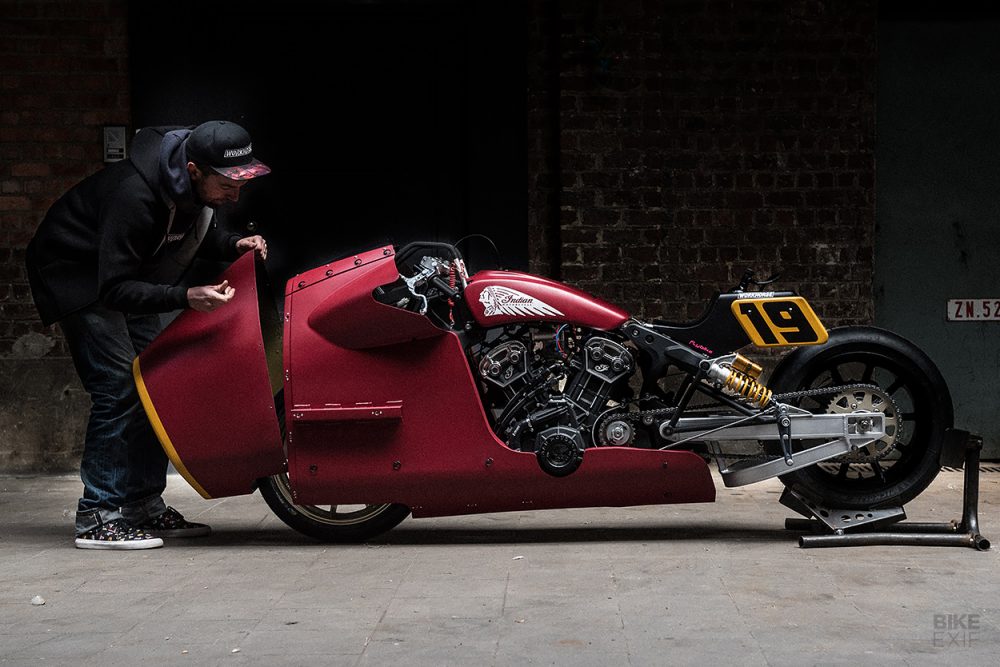 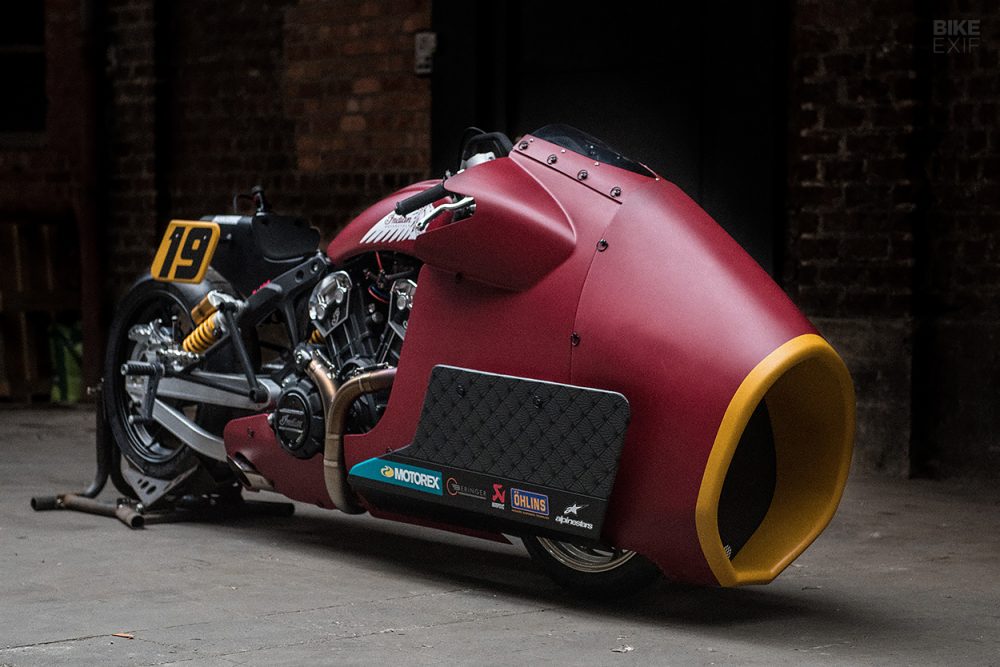 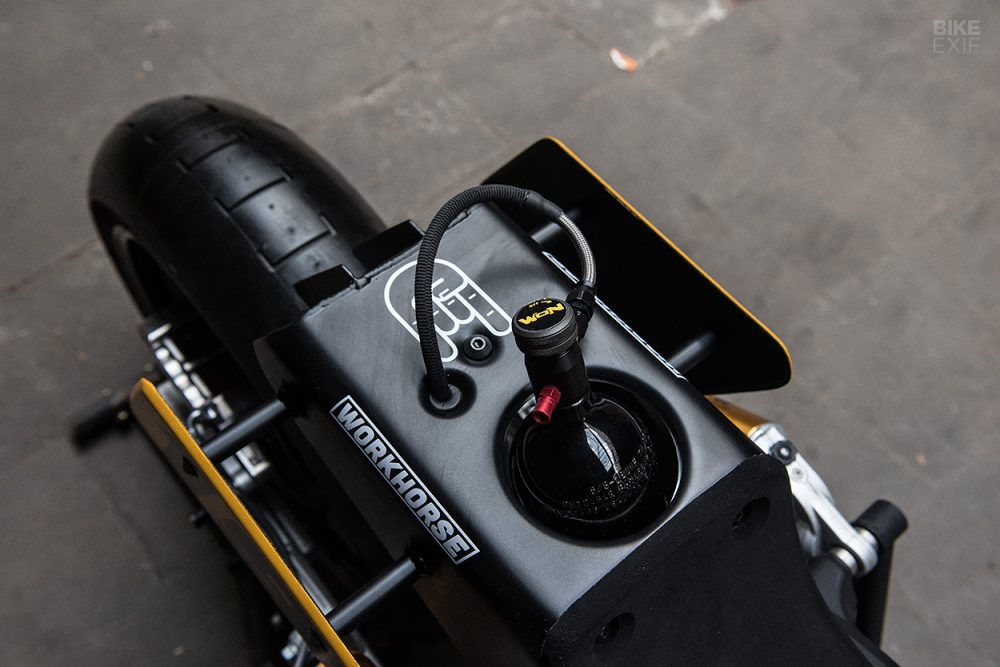 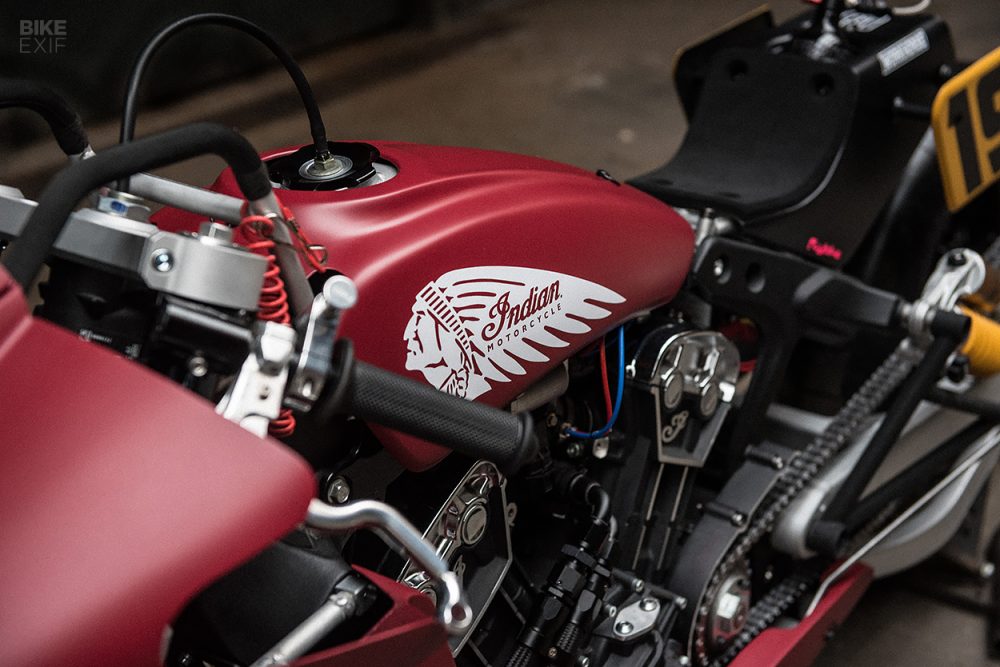 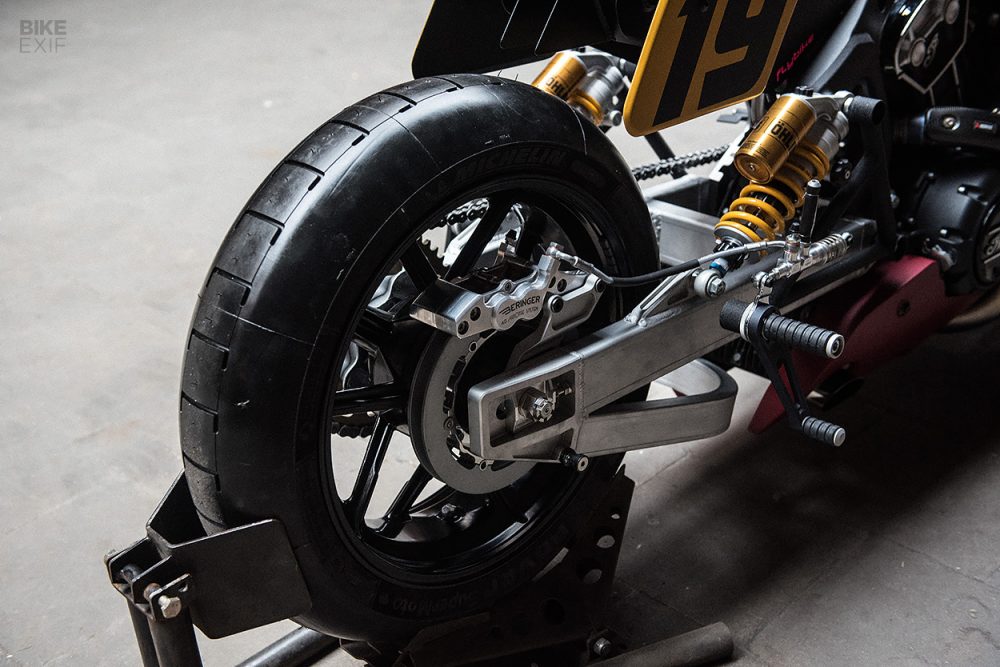 With a 30hp nitrous boost bringing the Scout’s total output to 130 hp, and a 42 kg weight saving, the Workhorse Appaloosa Motorbike is right on the limit. Needless to say, an awful lot of time and effort went into creating the breathtaking steed you see before you and there’s some 700 hours of work that has gone into this mind-blowing sprinter. That’s because Sultans of Sprint isn’t just about going fast—it’s about looking the part as well. 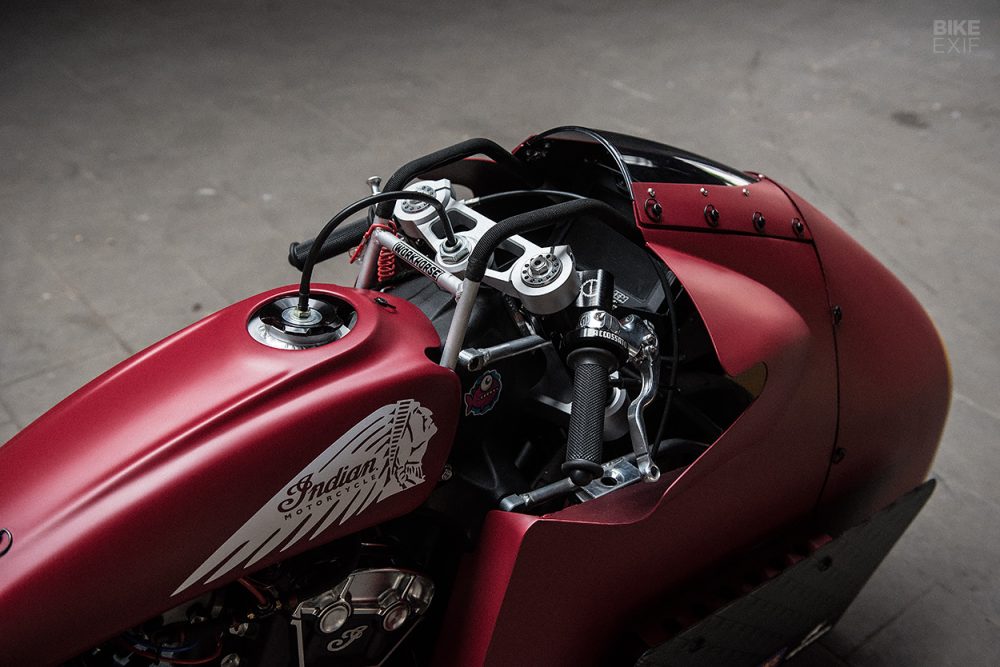 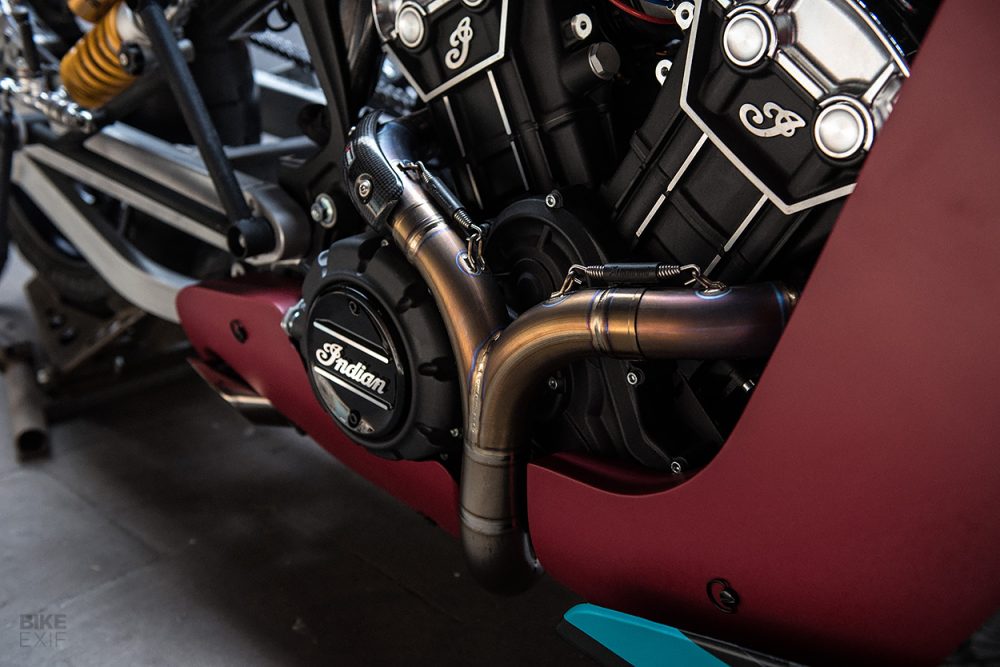 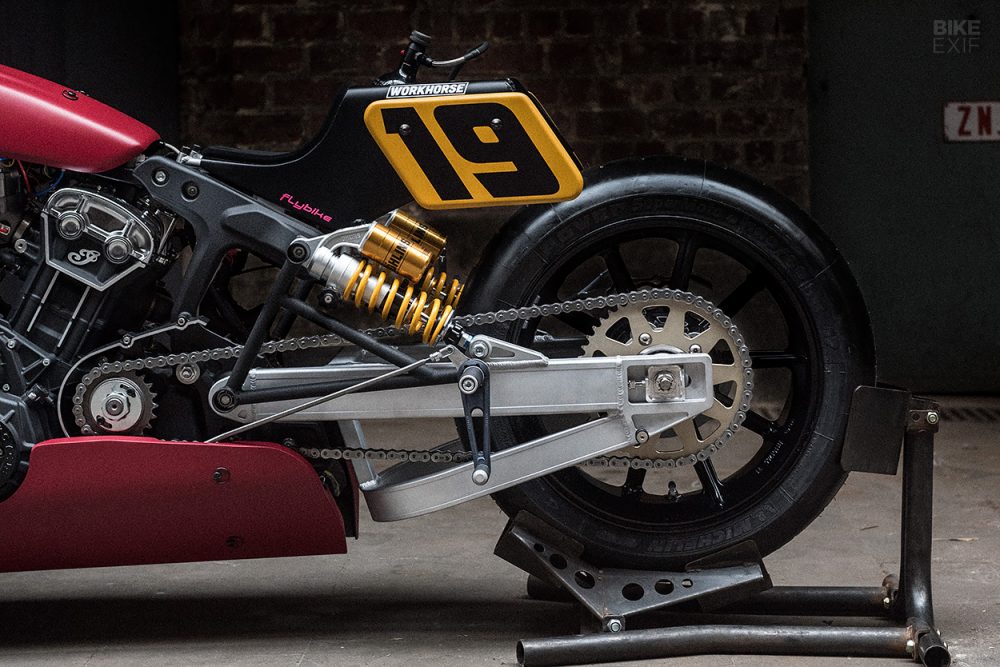 The aluminium bodywork of the Workhorse Appaloosa Motorbike took Hennebert weeks to shape and get just right and the design aesthetic takes its inspiration from 1920s trains, 1940s Formula One cars, and the legendary F-86 Sabre fighter jet. And the tail section is a nod to 80s GP two-strokes. It goes without saying that there won’t be many other machines of this calibre and visual gravitas at the event in Monza and it’s hard not to be impressed with the engineering prowess on show.

Everywhere you look with the Appaloosa there is a striking design detail to appreciate such as the use of quarter-turn fasteners throughout, so that bits of the fairing can come off quickly for maintenance. The fairing bracket is custom as well and consists of two parts with a new subframe, and new foot peg hangars too. Beringer provided the handlebar controls, and CNC machined a lot of smaller parts that Hennebert had designed. 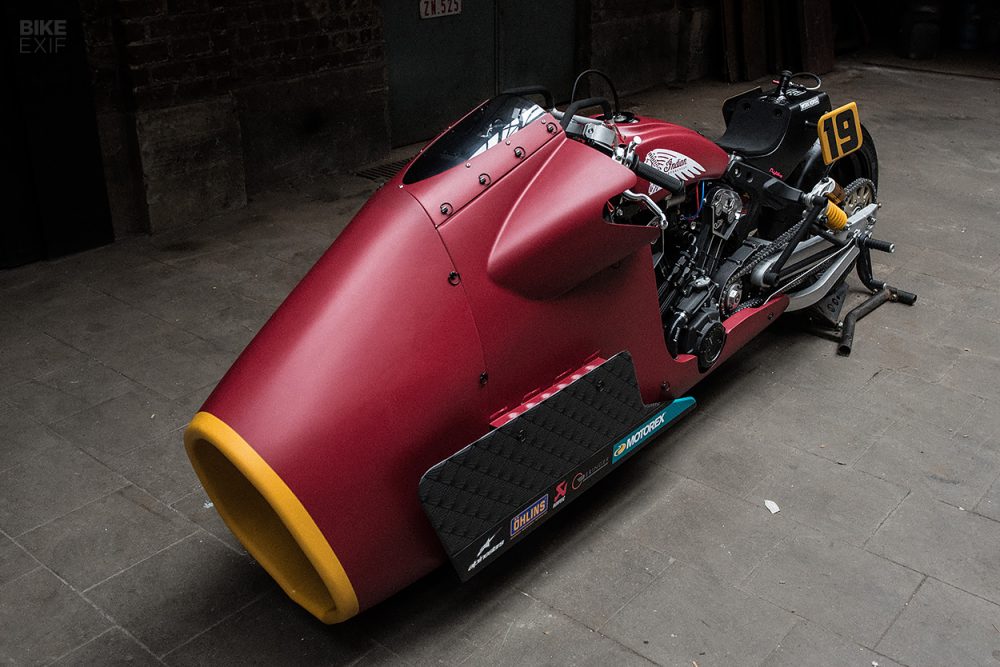 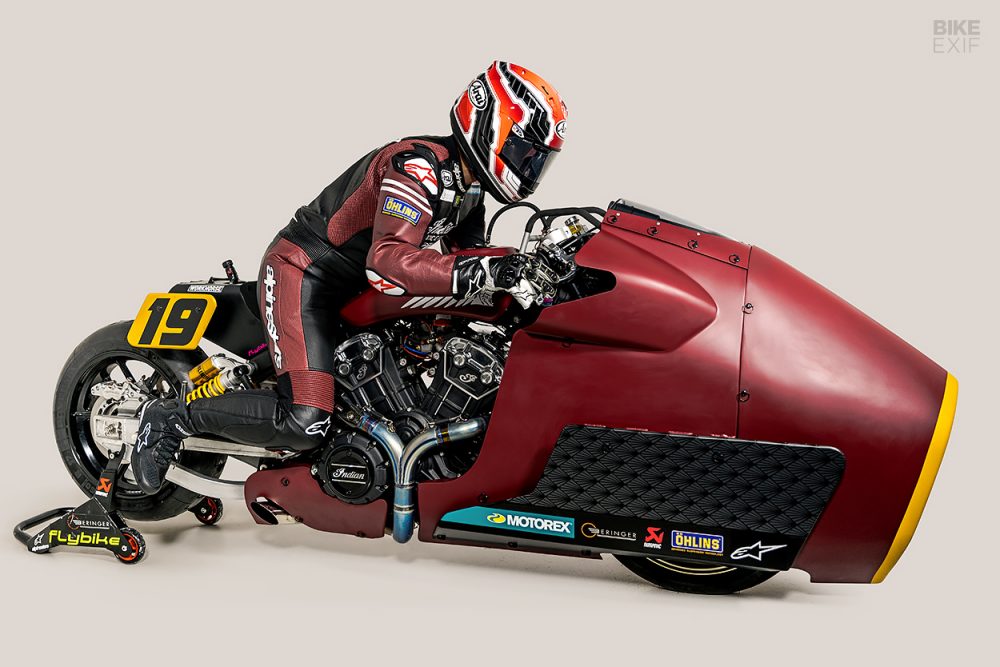 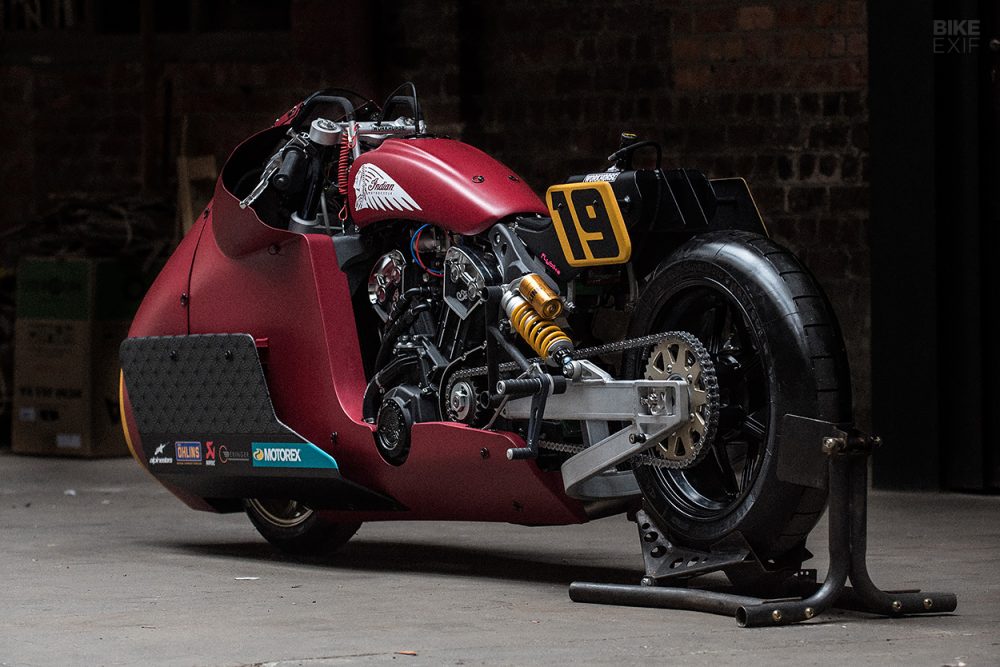 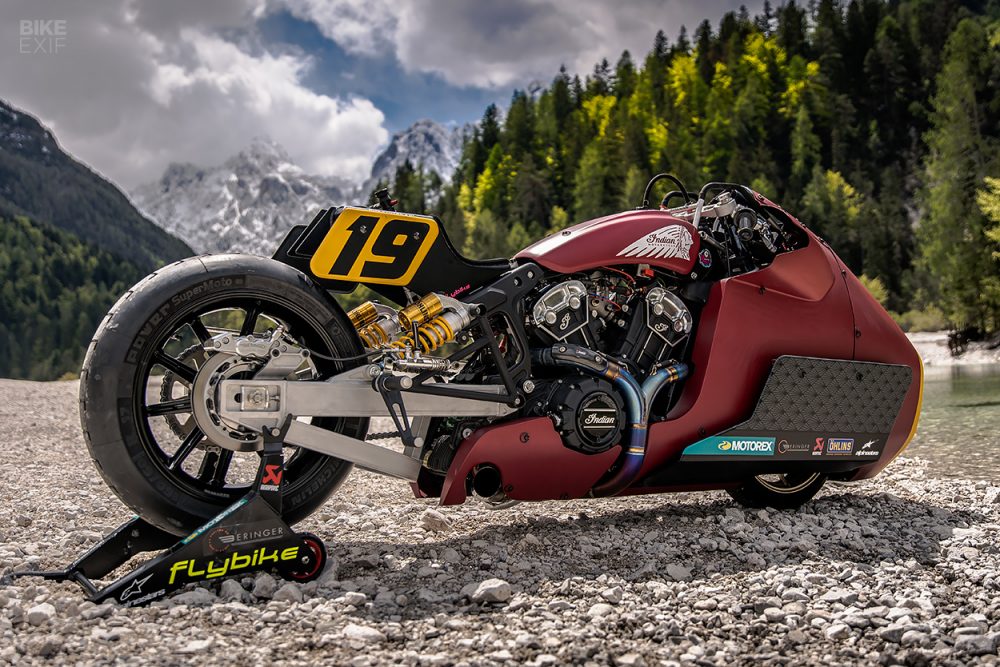 Quite unlike any motorbike we’ve encountered before here at Coolector HQ, the Workhorse Appaloosa Motorbike is going to take The Reunion Event in Monza by storm. Whilst it looks like it would be a terrifying ride for anyone but the most accomplished of motorcyclists, the calibre of the performance and build really is exquisite and we can’t wait to see it in action.