For those with a love of classic cars of a true vintage, this stunning 1937 Bugatti Type 57SC Atalante, which is coming up for private auction with RM Sotheby’s, is going to be one of the biggest head turners out there. This spectacular steed is one of the best-known and most respected Type 57S Atalantes and the first of four “low-headlight” examples, with a known history from new that points to the impeccable condition that it remains in despite it being from the 1930s. 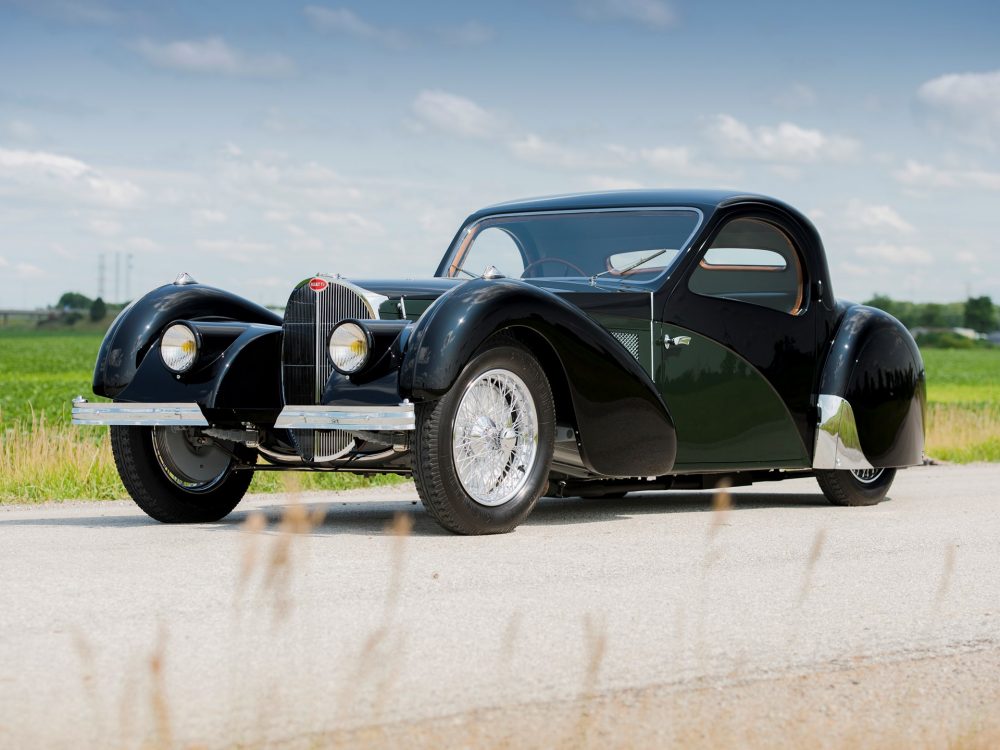 The 1937 Bugatti Type 57SC Atalante is a real sight to behold and has won many “Best in Show” vintage car competitions in its time and it’s not difficult to see why with its breathtaking aesthetics and it could soon be yours if you have deep pockets and a love of vintage motorcars. The first class restoration of this Bugatti has been carried out by RM Auto Restoration and the quality is plain to see with a real attention to detail both inside and out.

The first Type 57S debuted at the 1935 London Motor Show bodied with dramatic fastback Aérolithe coachwork, a style which was eventually refined into the Atlantic coupe. In the end, only 48 of the exclusive, elegant, speedy, and wonderfully well constructed Type 57S Bugattis would ever be built, of which only 17 were bodied with the striking, sophisticated, athletic Atalante coupe aesthetic and it represents a very rare opportunity to get your hands on with with this private auction from RM Sotheby’s. 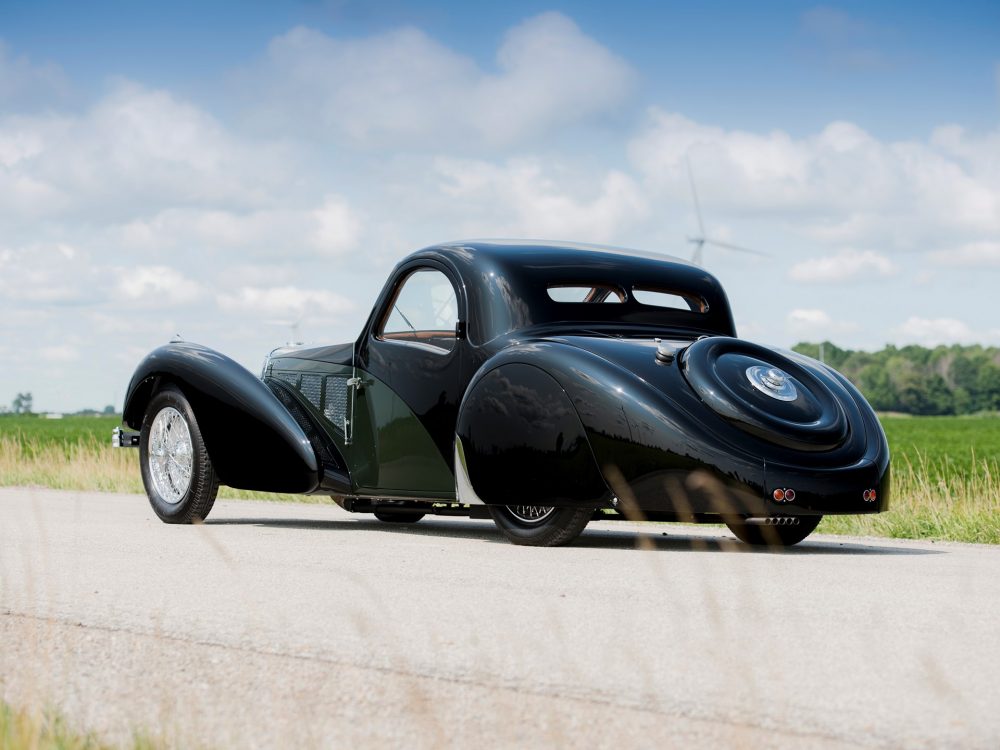 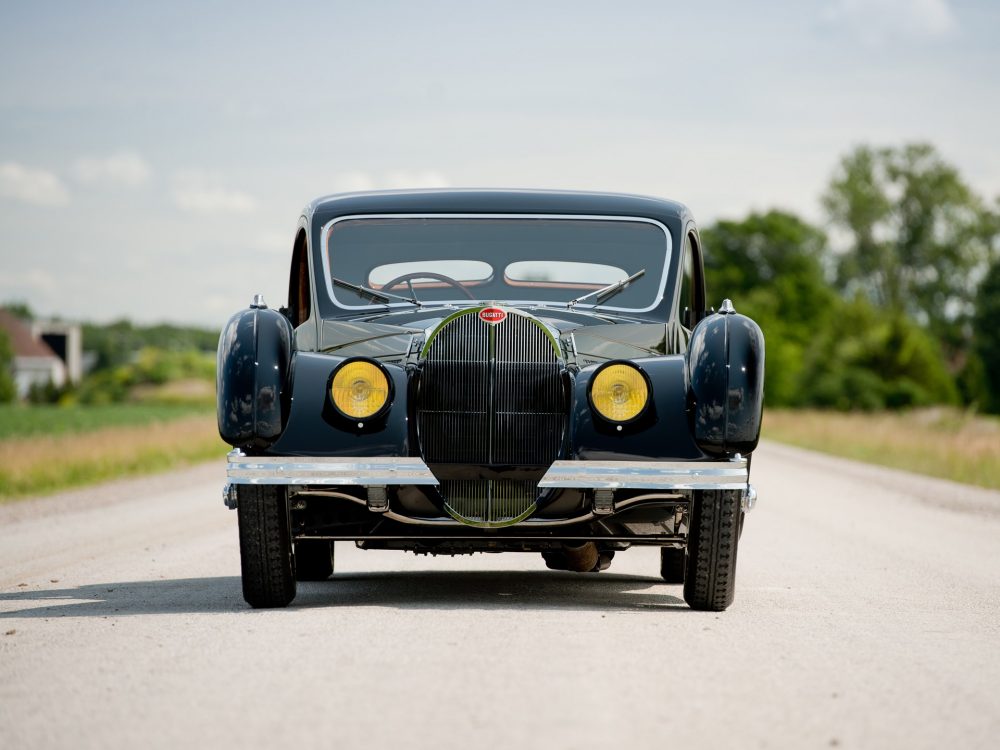 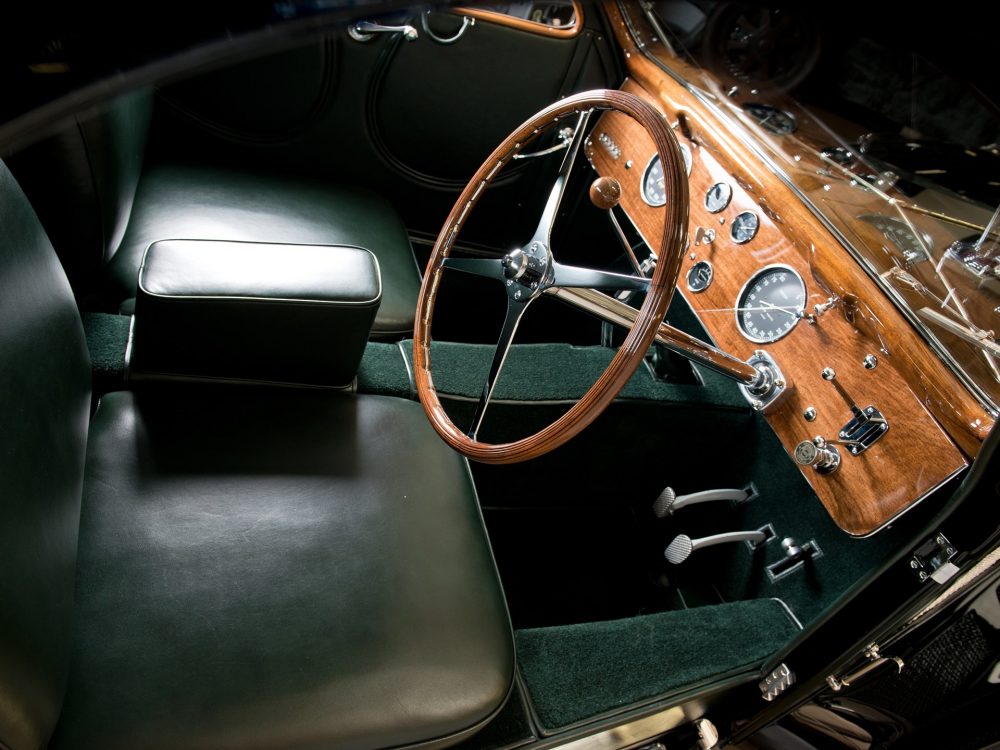 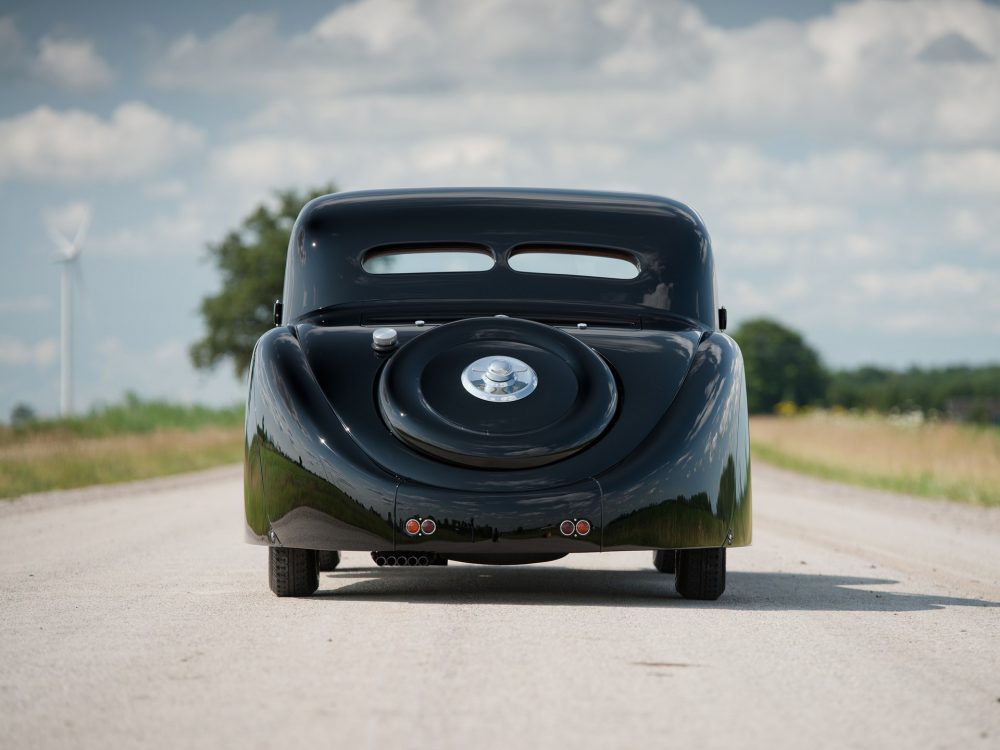 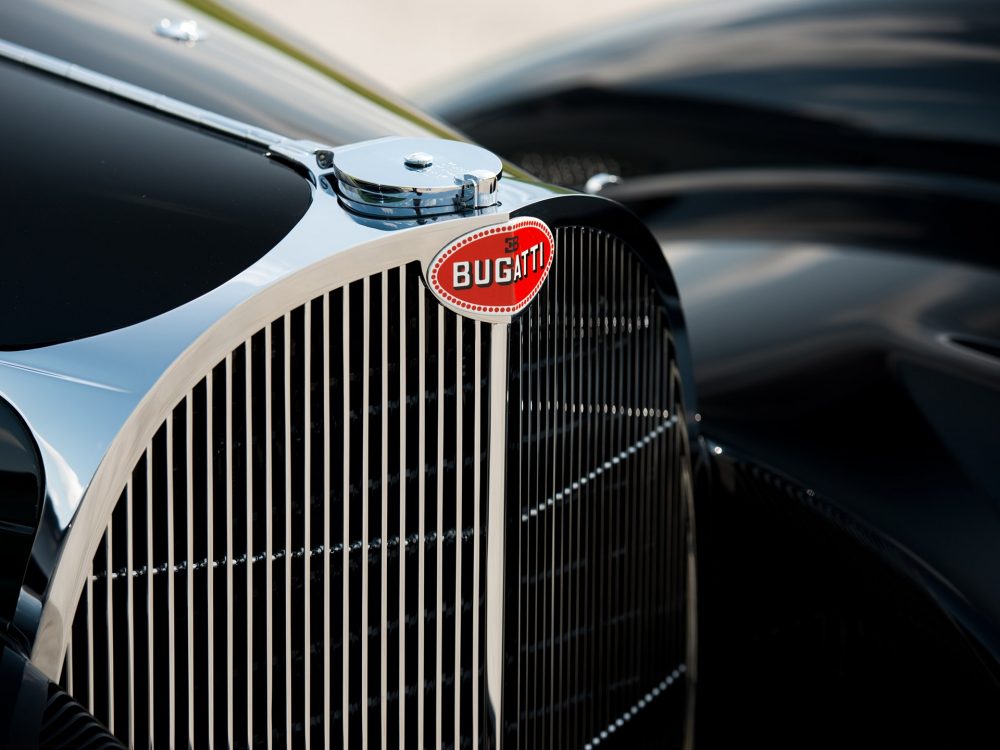 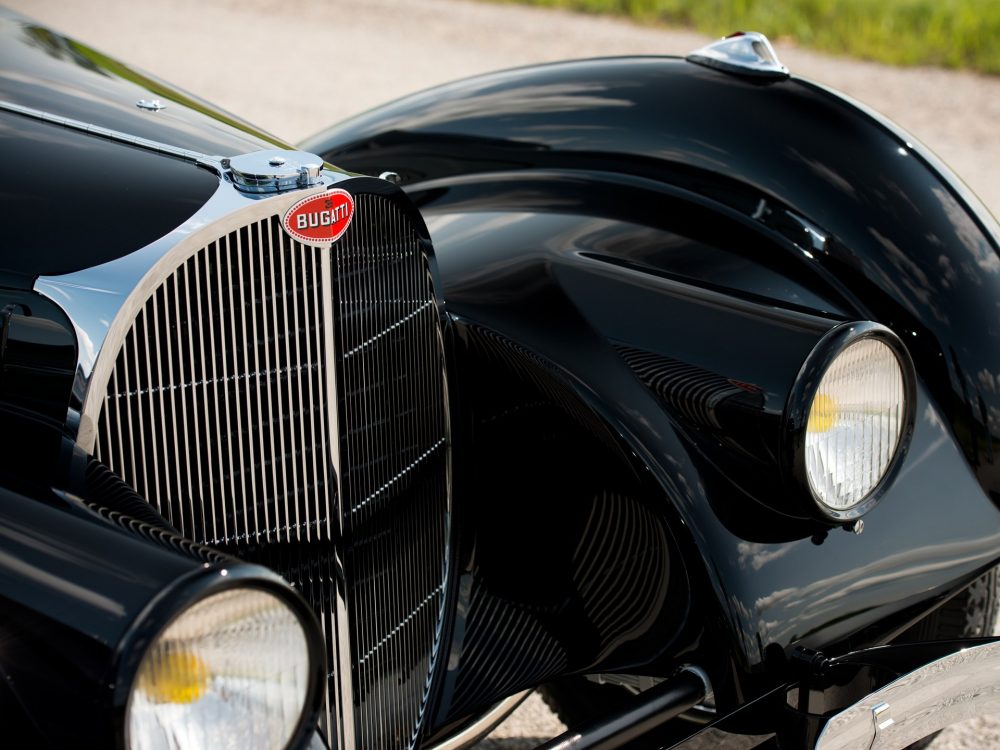 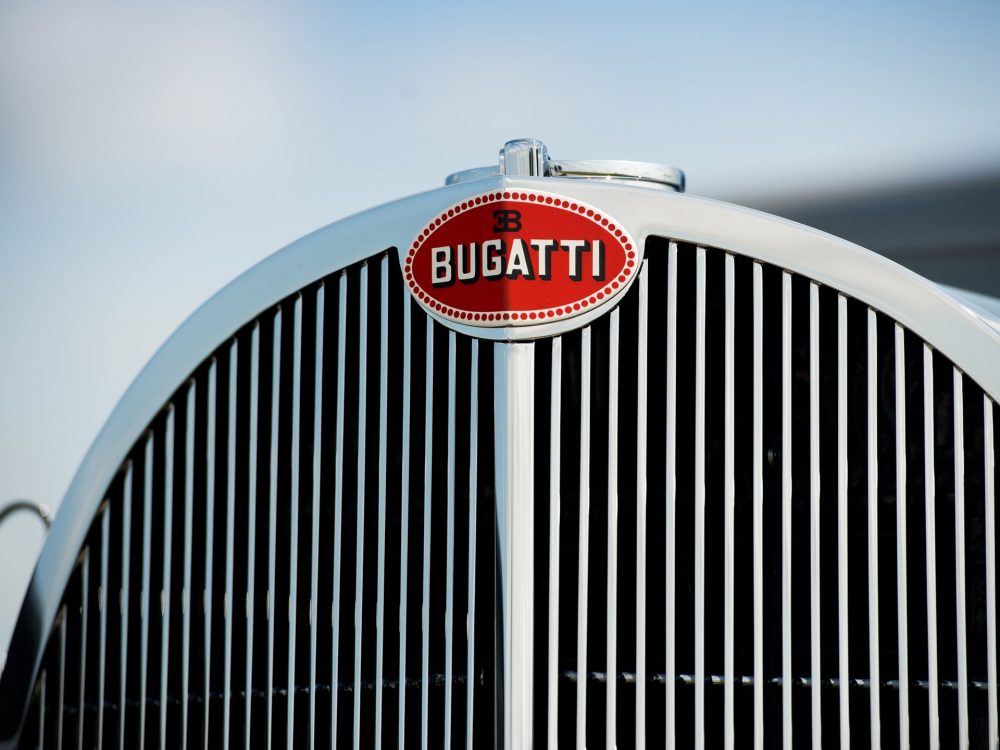 Absolutely astounding visually, the 1937 Bugatti Type 57SC Atalante from RM Sotheby’s was completed on 23 July 1937 with an Atalante body which was finished in black with luxurious, pigskin upholstery. The body configuration, with its low headlight placement between the radiator and front fenders, was exactly the same as the October 1937 Paris show car. It was delivered by the factory just a week later to its first owner, Jean Lévy of Strasbourg, Deputy Administrator of the family owned “Grands Moulins de Strasbourg,” which was a successful grain milling company established by his father, and this is still in business to this day. 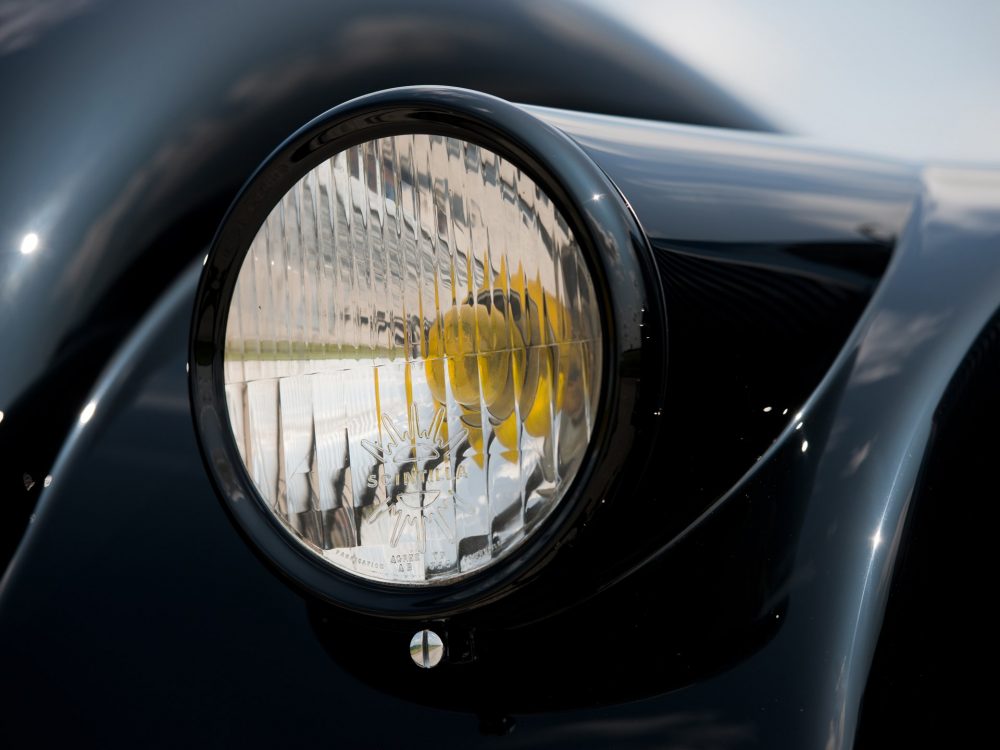 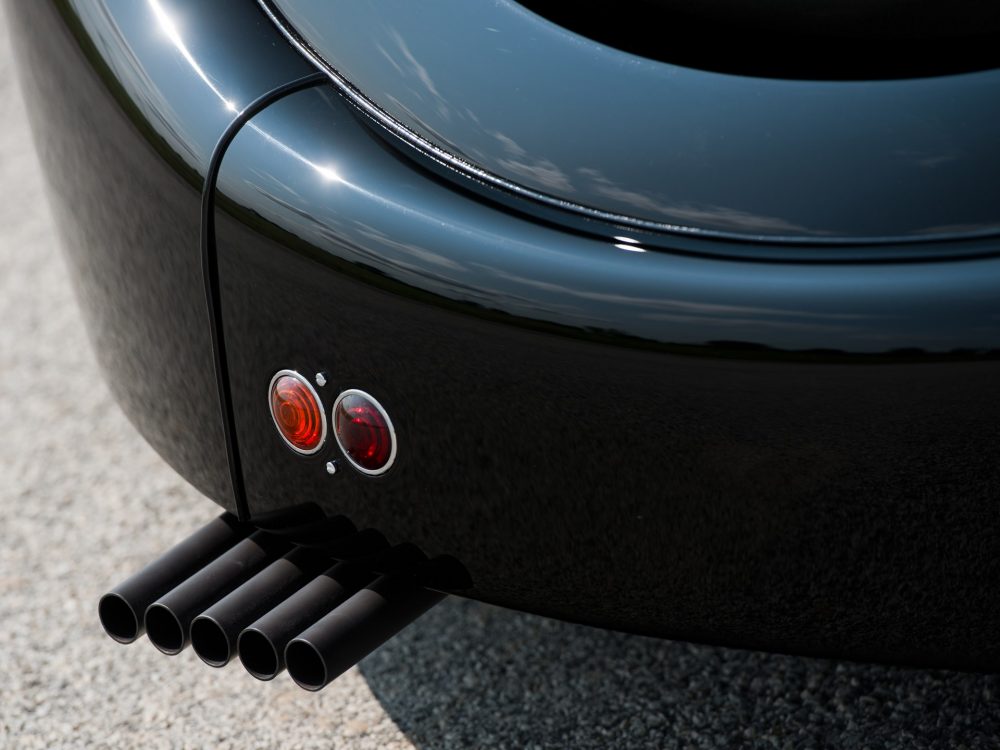 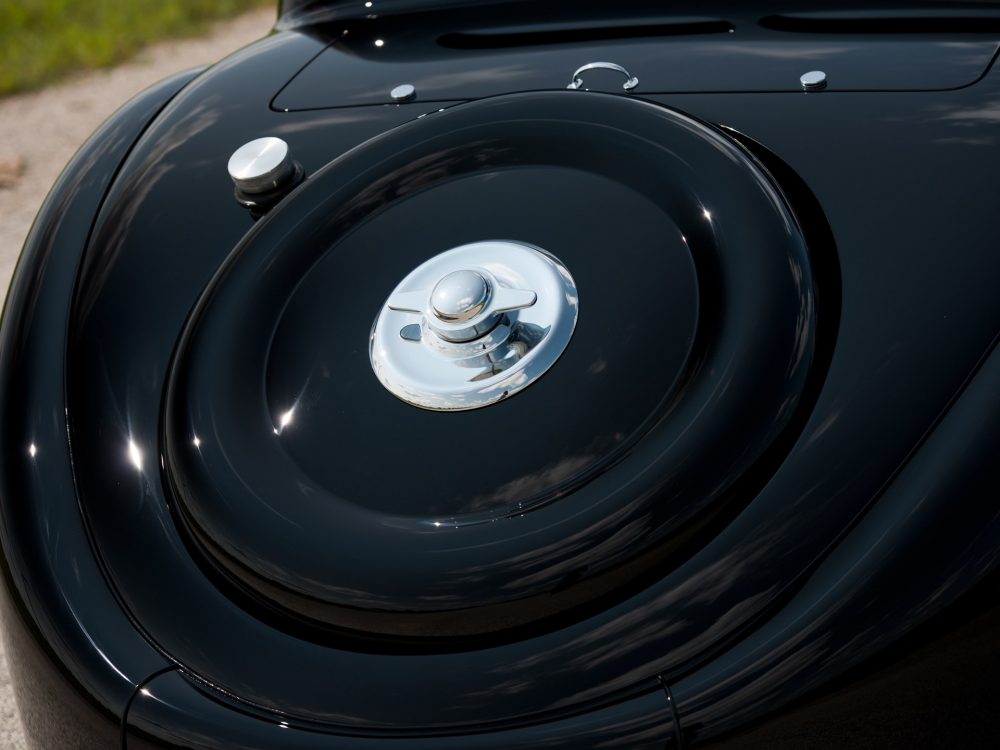 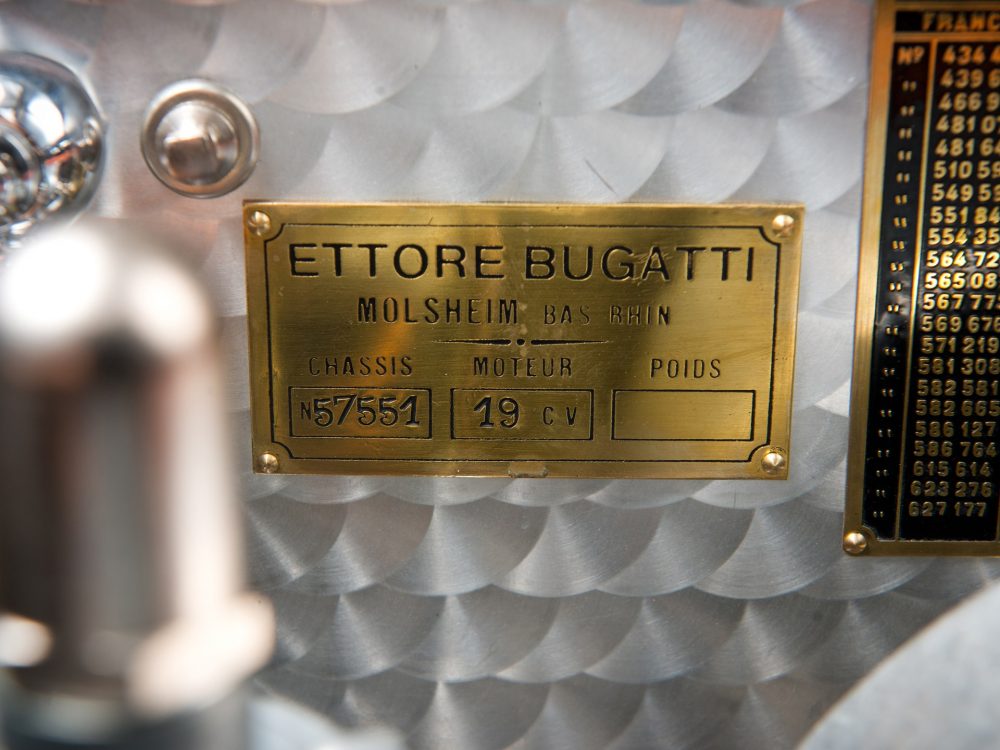 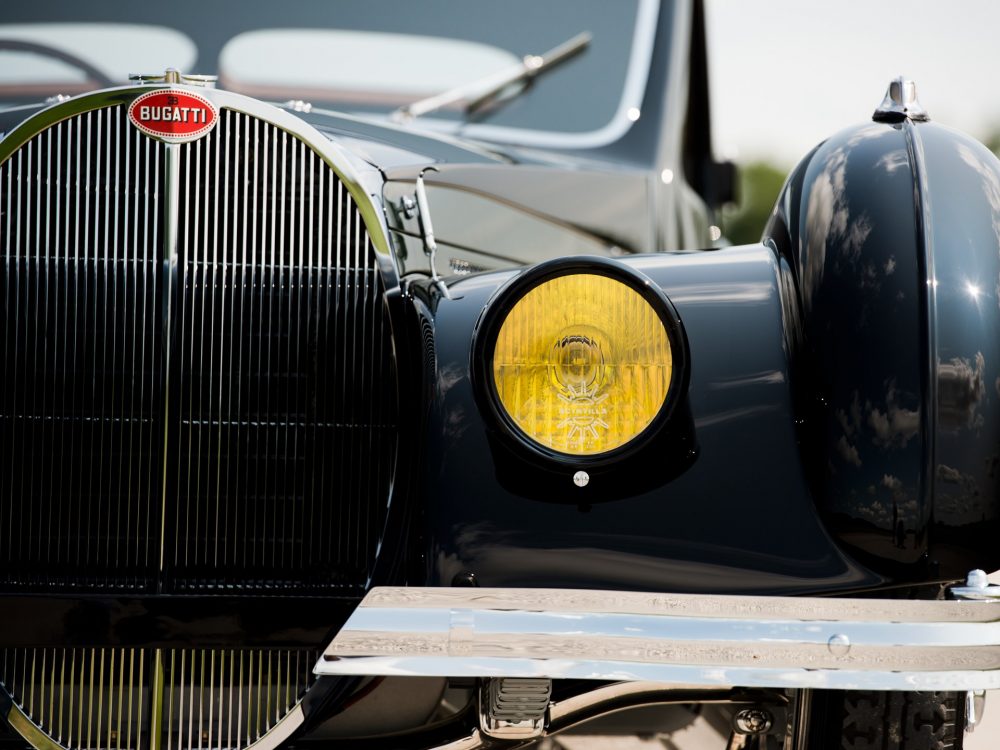 During its ownership, the engine of the 1937 Bugatti Type 57SC Atalante was upgraded to the most desirable Type 57SC specification, with the addition of a late-production five-bladed supercharger. Several elements of the Atalante were returned to the original configuration, and this included re-creating the original pair of small rear windows and taking out some of the chrome embellishments that had been added in France in the during the 1940s. Completed in 1976, it earned the ultimate accolade for quality, appearance, design, and performance: Best of Show at the 26th Pebble Beach Concours d’Elegance.

When you lay eyes on  the 1937 Bugatti Type 57SC Atalante, you’ll be blown away by the calibre of the restoration work it has been treated to over the years. When RM Auto Restorations got their hands on it, they were delighted to see much of the original body wood intact, including the entire rear section, which was retained and is still present in the car today. The result was returned to Pebble Beach and, now exactly as it had first been delivered, was awarded Best in Class, a superb honour. 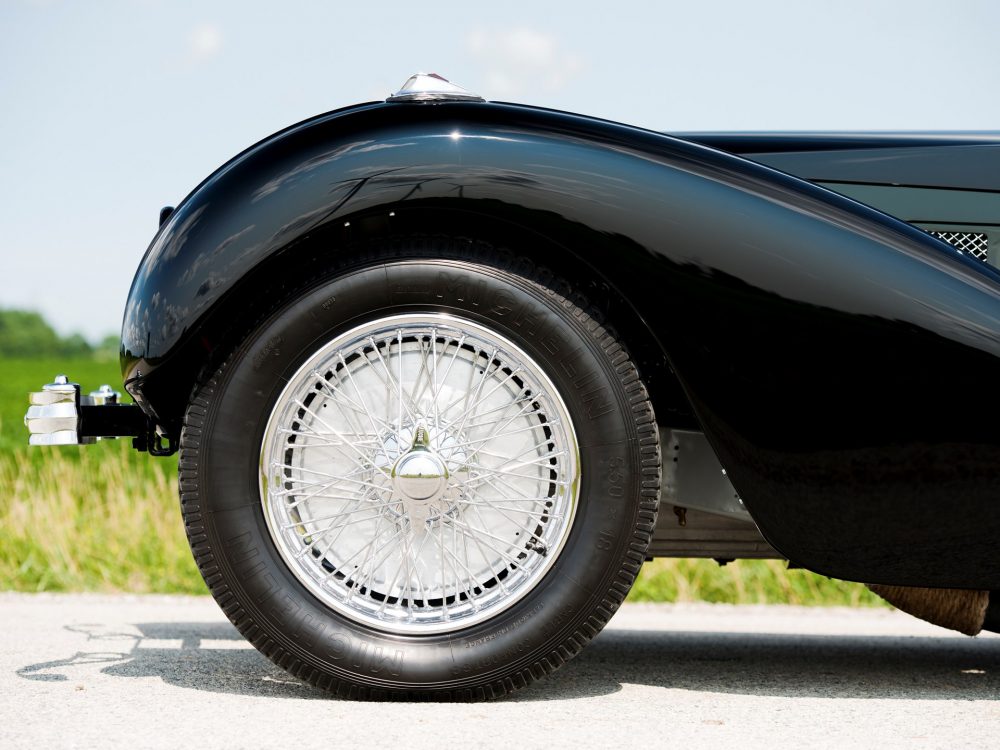 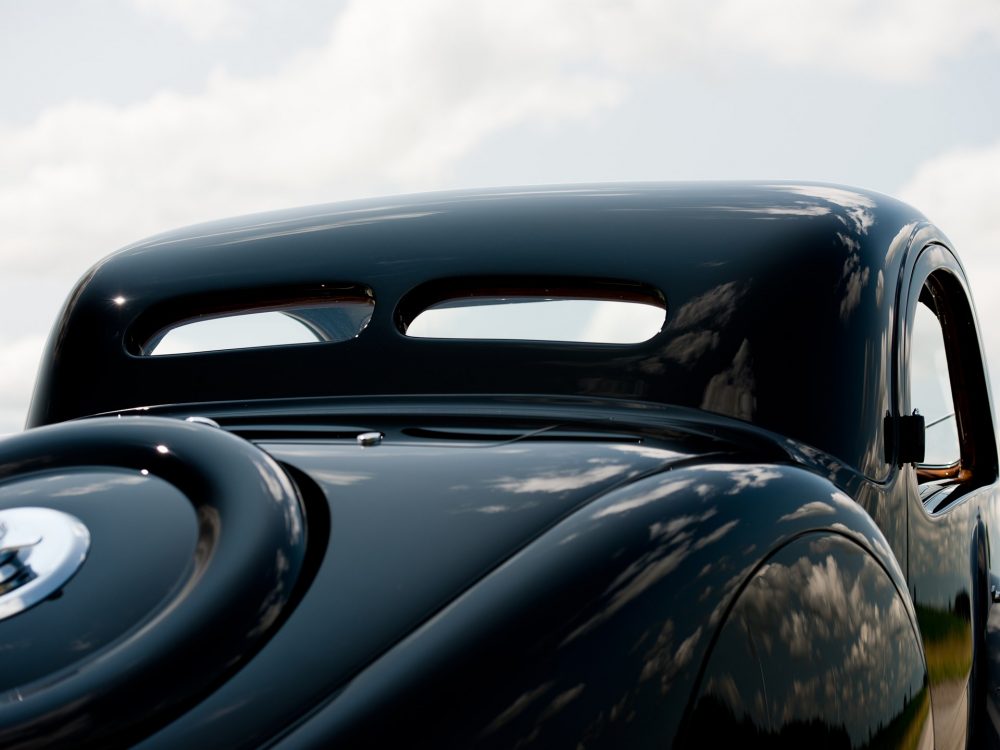 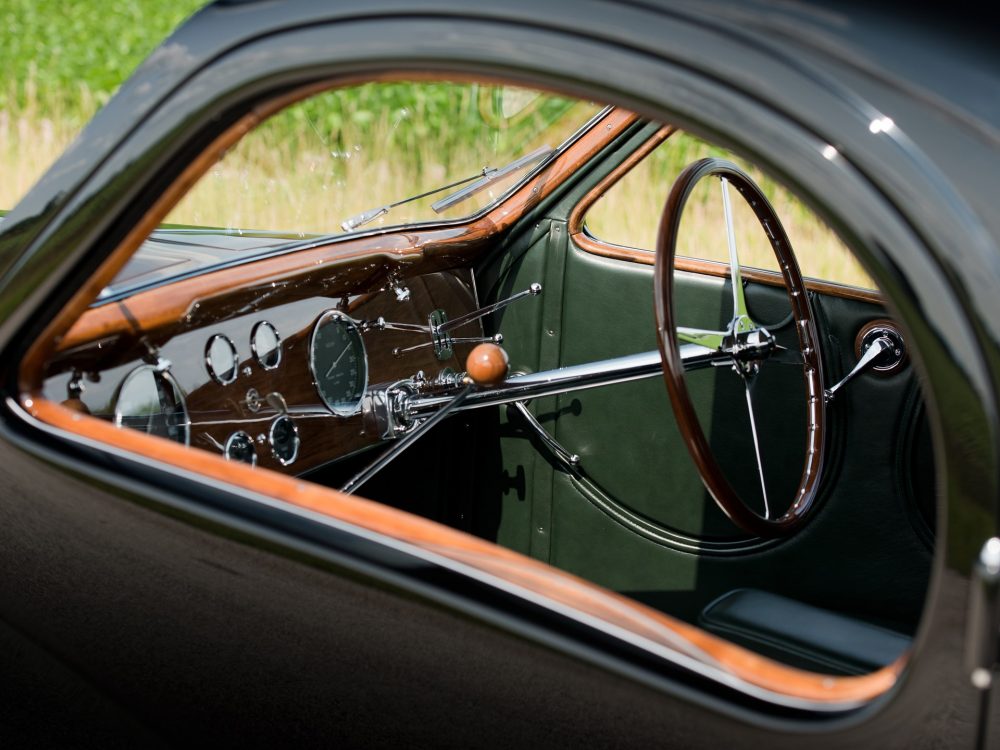 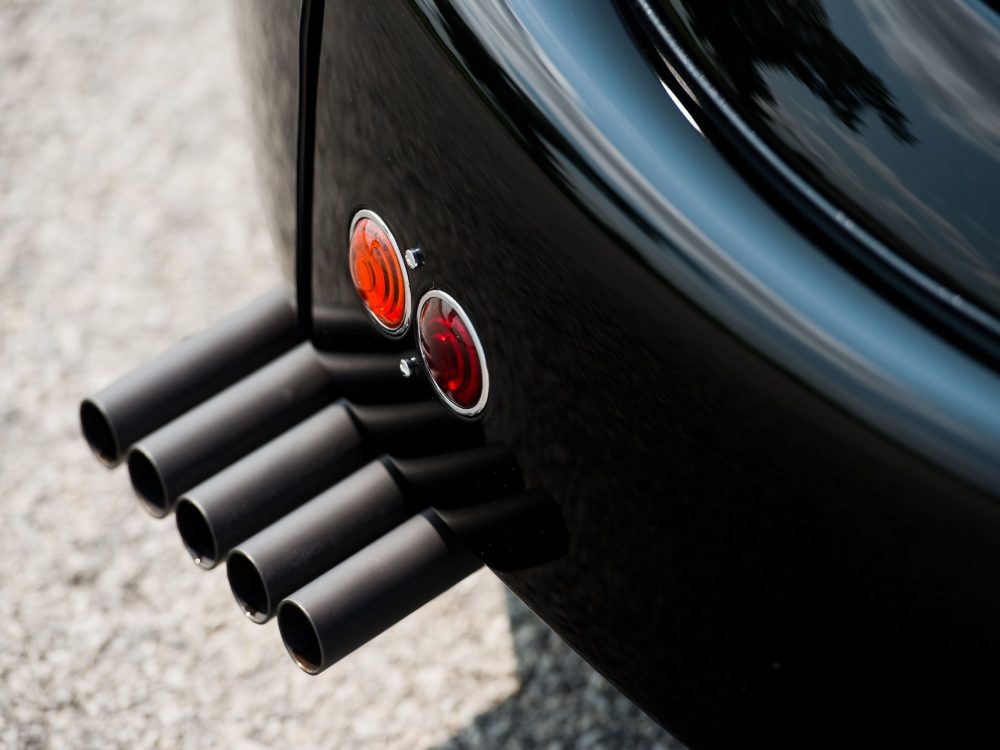 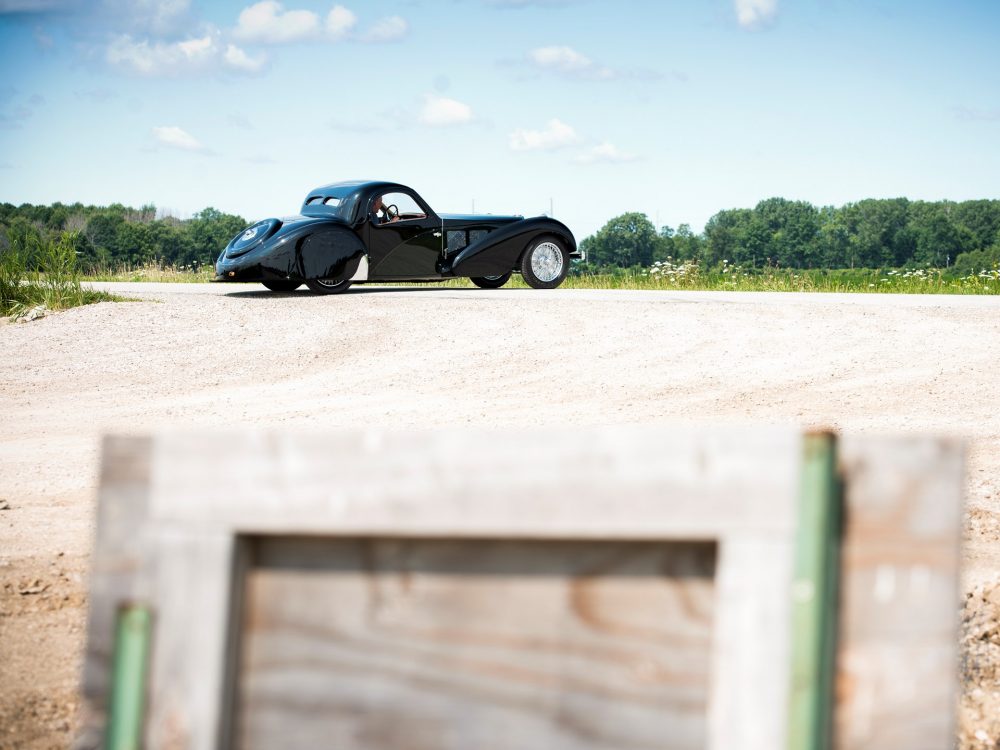 This majestic looking machine is undoubtedly one of the most striking, sought after, and advanced of all Bugattis, with Jean Bugatti’s lean, sleek, aggressive Atalante coachwork perfectly complemented by the low Type 57S surbaissé chassis. Just one of four built in this style, it has a well-documented history from new and is one of the most attractive, desirable, and best-performing of all Bugatti road cars.