When looking to enjoy some amazing classic cars which, if you’re anything like us at Coolector HQ, you can’t afford, then RM Sotheby’s is always our first port of call and it’s because of mesmerising machines like this 1967 Chevrolet Corvette Sting Ray 427/390 Convertible that we’re always drawn like moth to a flame. This breathtaking contraption has a guide price of between $85-95,000 so it’s certainly not going to be an inexpensive addition to a luxury car enthusiasts line up but it might just be the most awesome. 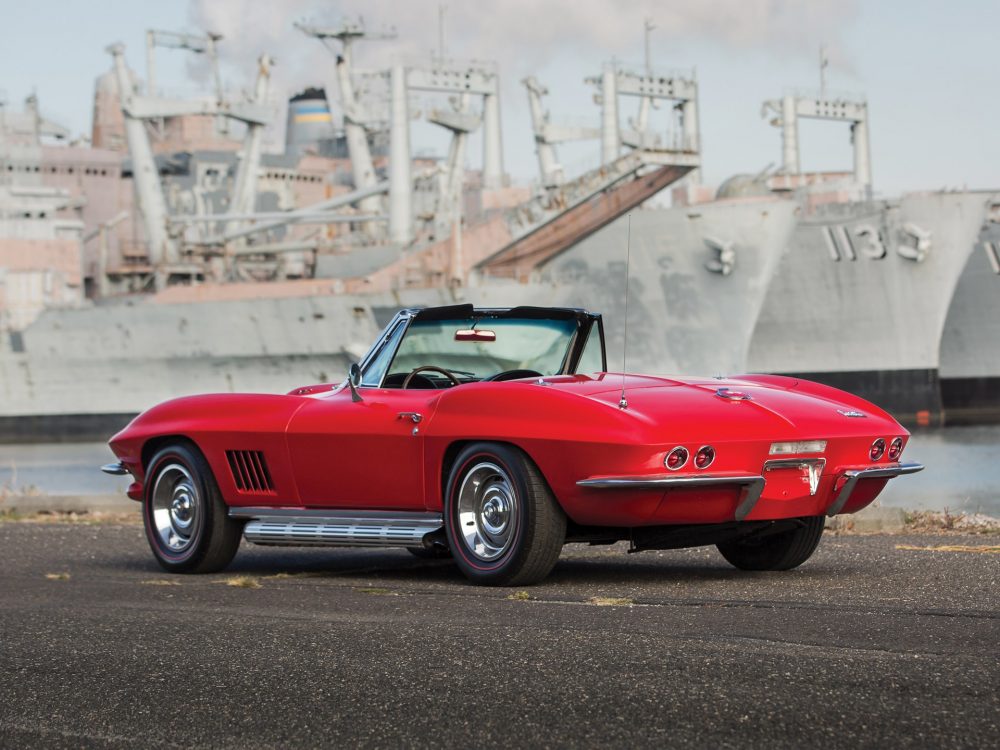 The 1967 Chevrolet Corvette Sting Ray 427/390 Convertible is one remarkable looking machine which positively epitomises the 1960s vibes and aesthetics and this version going under the hammer with RM Sotheby’s is in remarkable condition and looks and rides as well today as the day it left the factory production line. Needless to say, excitement surrounding this lot, which goes under the hammer at RM Sotheby’s Auburn Springs auction in May, is extremely high and we wouldn’t be surprised at all to see it provoke a bidding war amongst vintage car aficionados.

If there was one car that really captures the essence of the 1960s, the Corvette might just be it and particularly so of this stunning Sting Ray Convertible that is coming up for auction with RM Sotheby’s. Widely considered by car enthusiasts to be the most “American” car of all time, the Chevrolet Corvette, is an iconic machine and they don’t come up for auction at this quality often. Under the shapely Stingray hood with its unique “Stinger” scoop you’ll find the highly desirable and impressive 390-hp specification of the classic 427-cu. in. Chevrolet V-8 engine. 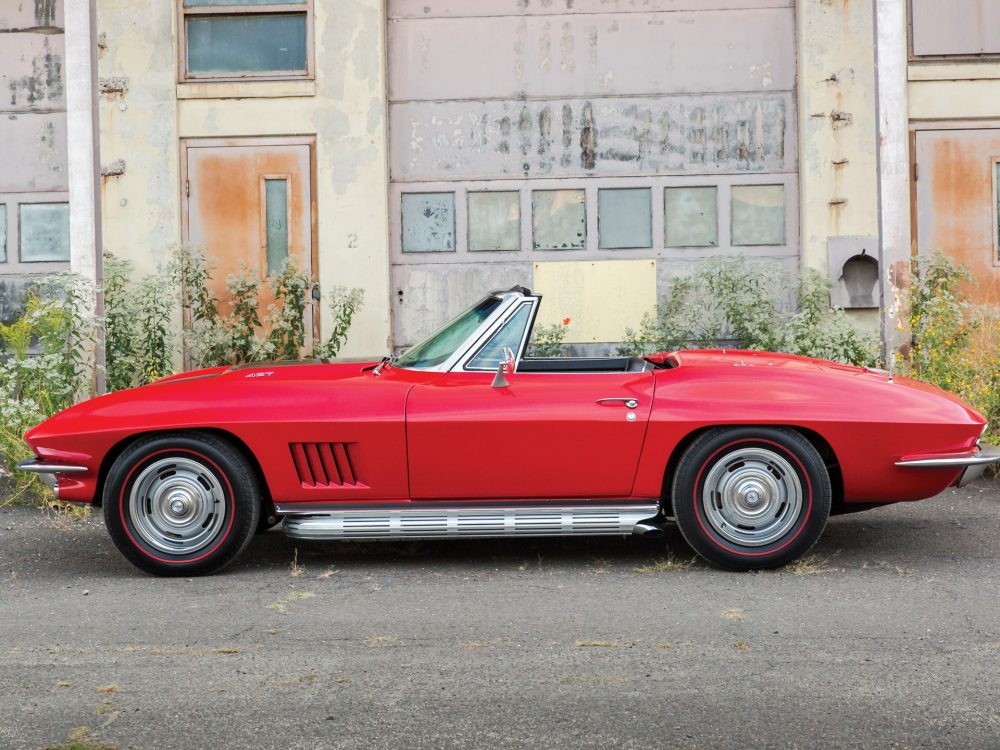 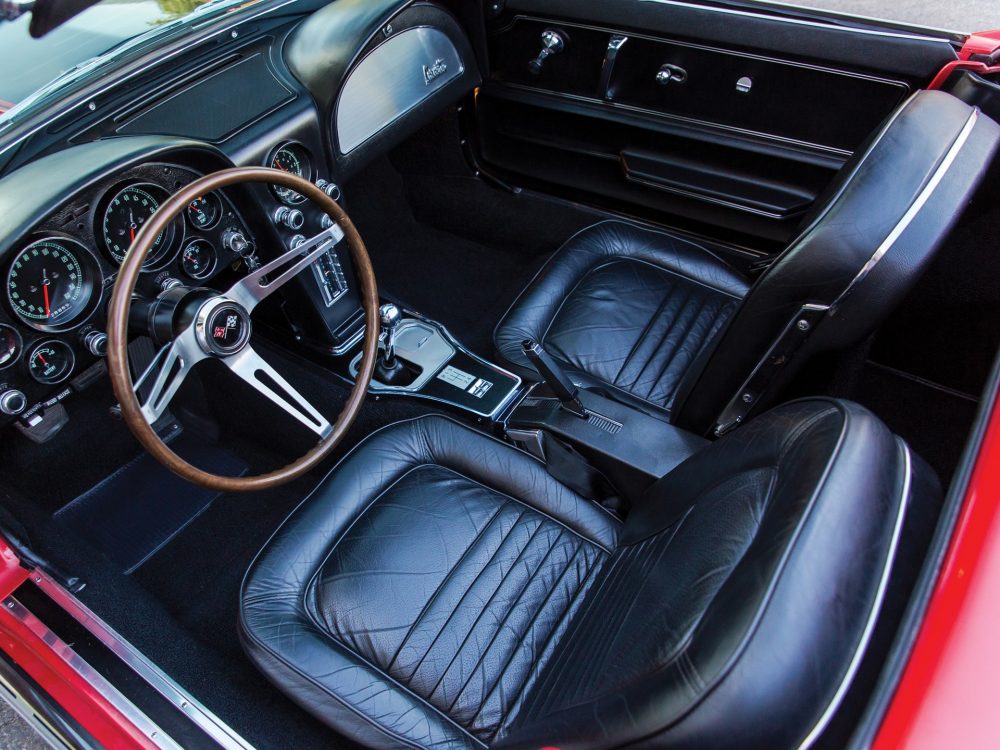 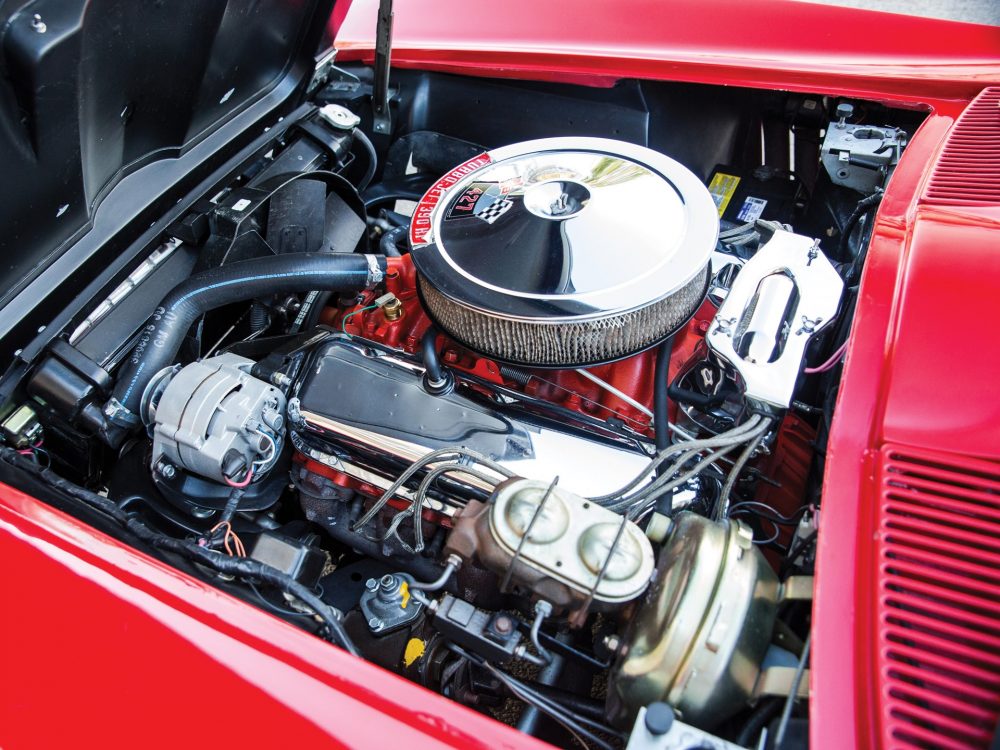 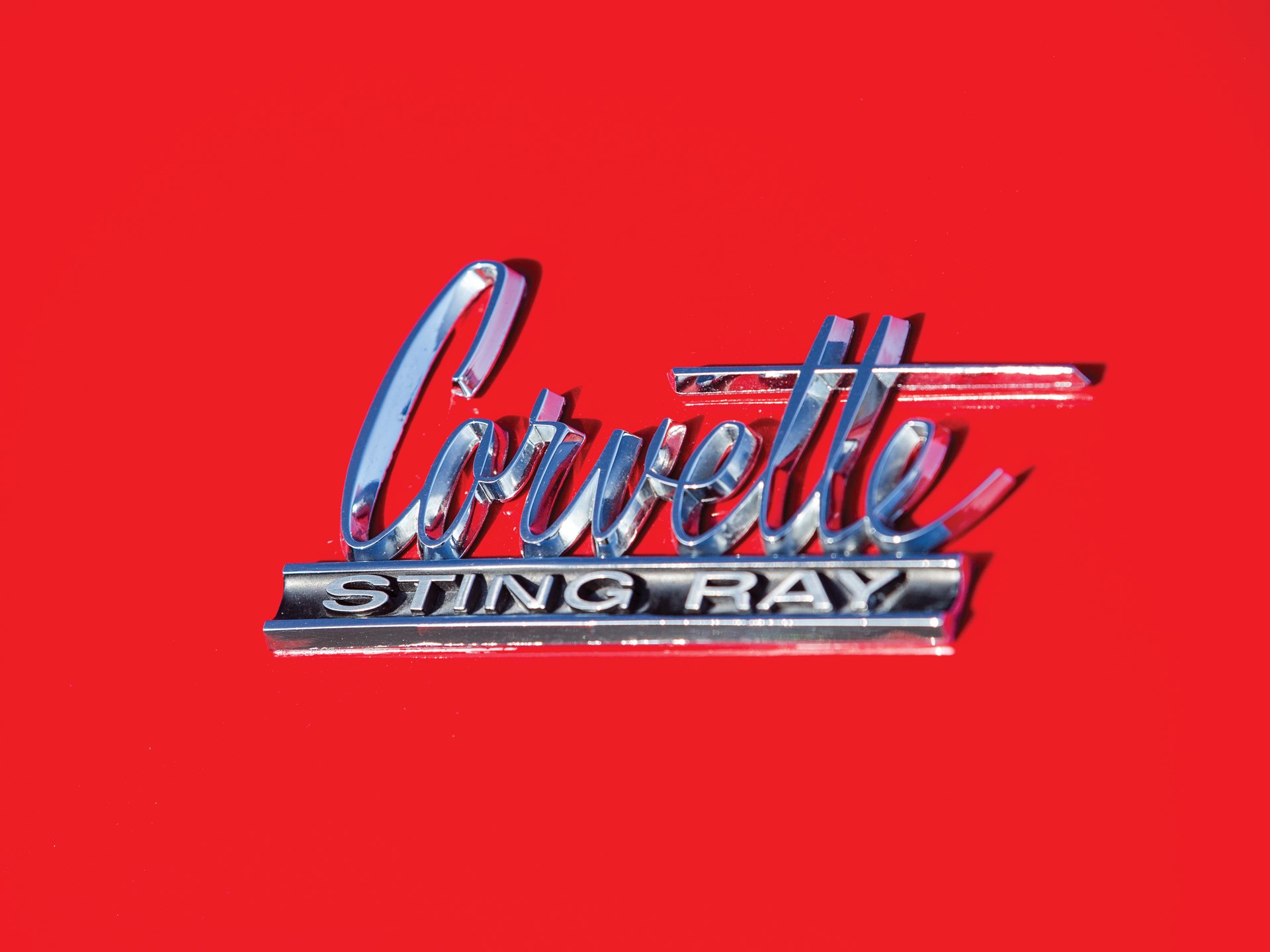 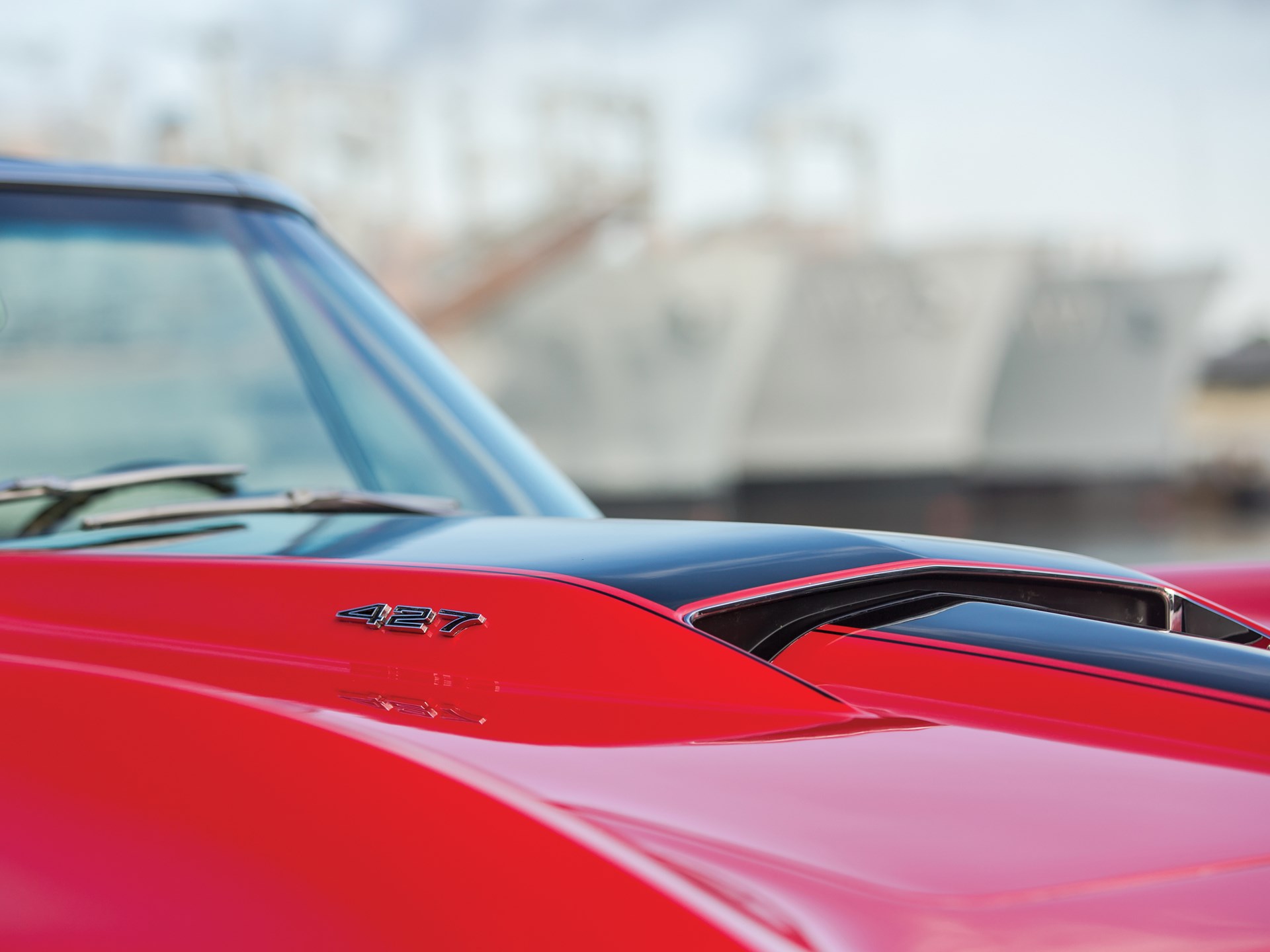 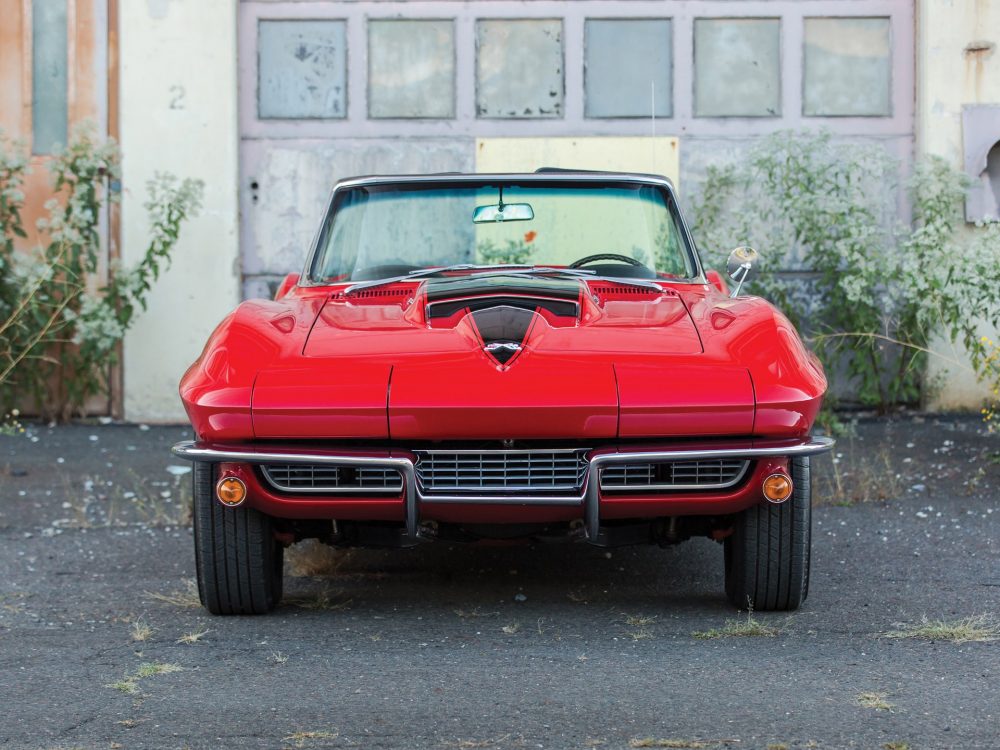 The 1967 Chevrolet Corvette Sting Ray 427/390 Convertible at RM Sotheby’s is an absolute brute of a machine and it certainly doesn’t try to hide this fact with its stunning side exhaust pipes. In looks, sound, and pure, unadulterated performance this breathtaking machine really is quite unmistakable for anything else on the market. No mere powerhouse, this beautiful vehicle has been wonderfully well restored to a nearly new condition – hence the price tag which may well reach the $100k mark when it goes under the hammer in a couple of months time. 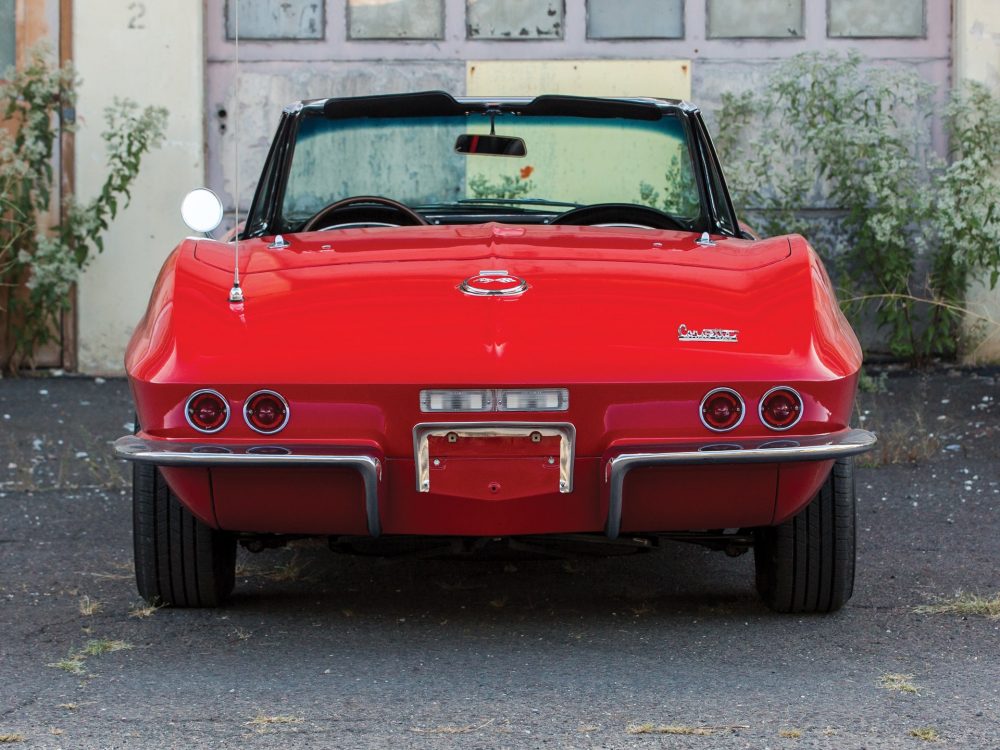 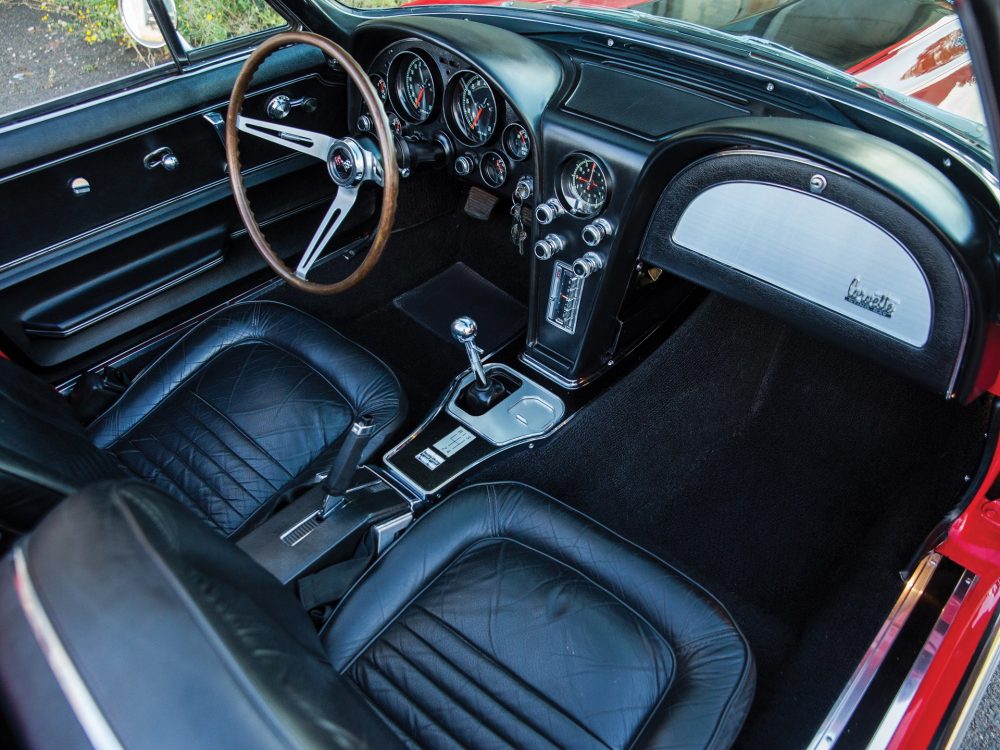 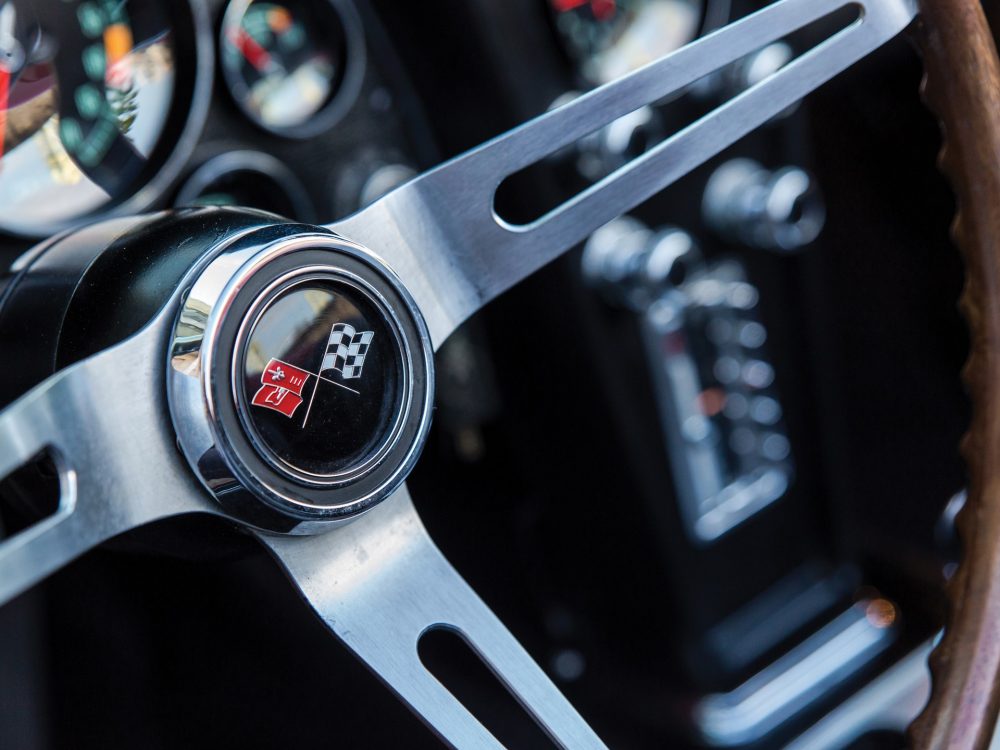 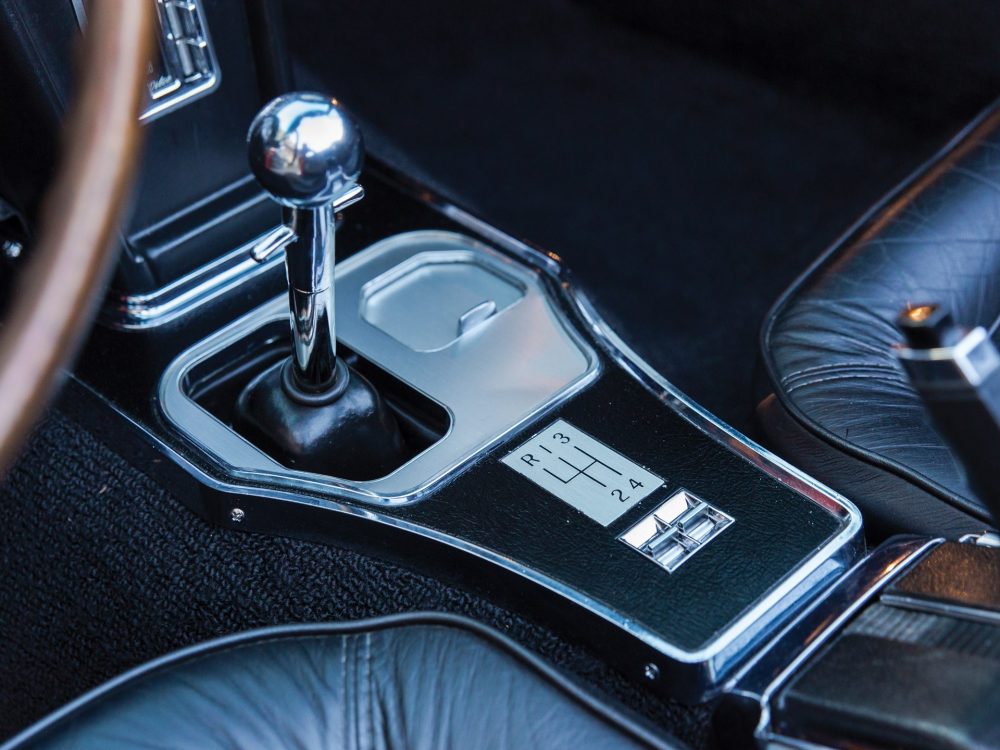 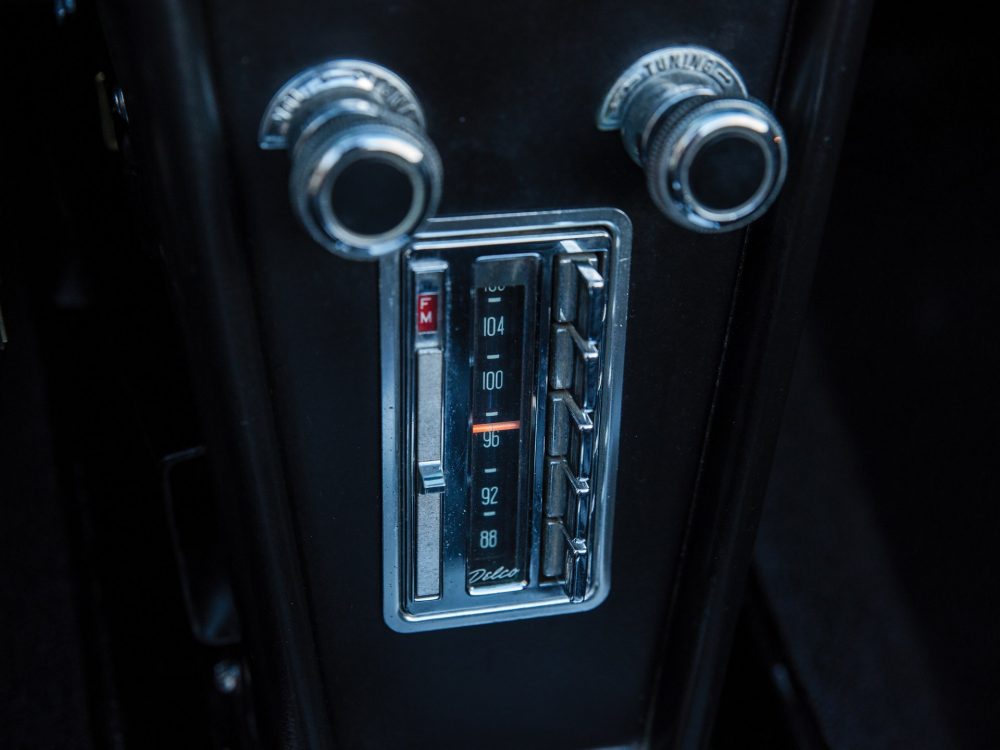 In testament to the high quality of the restoration work that has been carried out upon it, this majestic looking machine was granted the Top Flight Award by the National Corvette Restorers Society in 2012 – which is a pretty high honour amongst Corvette owners. The Top Flight Award is an honour which is bestowed on less than 1% of all Corvettes in existence and it confirms its status as one of the finest and most desirable Corvettes in the world.

Needless to say, this exceptional looking 1967 Chevrolet Corvette Sting Ray 427/390 Convertible will have caught the eye of plenty of vintage car collectors out there and though it has a pretty prohibitive price tag, we’re in little doubt that it will be snapped up come auction day. It has been restored to such an incredible standard and looks as good today as it did over half a century ago which means that it will be the crowning jewel in some enthusiasts collection. 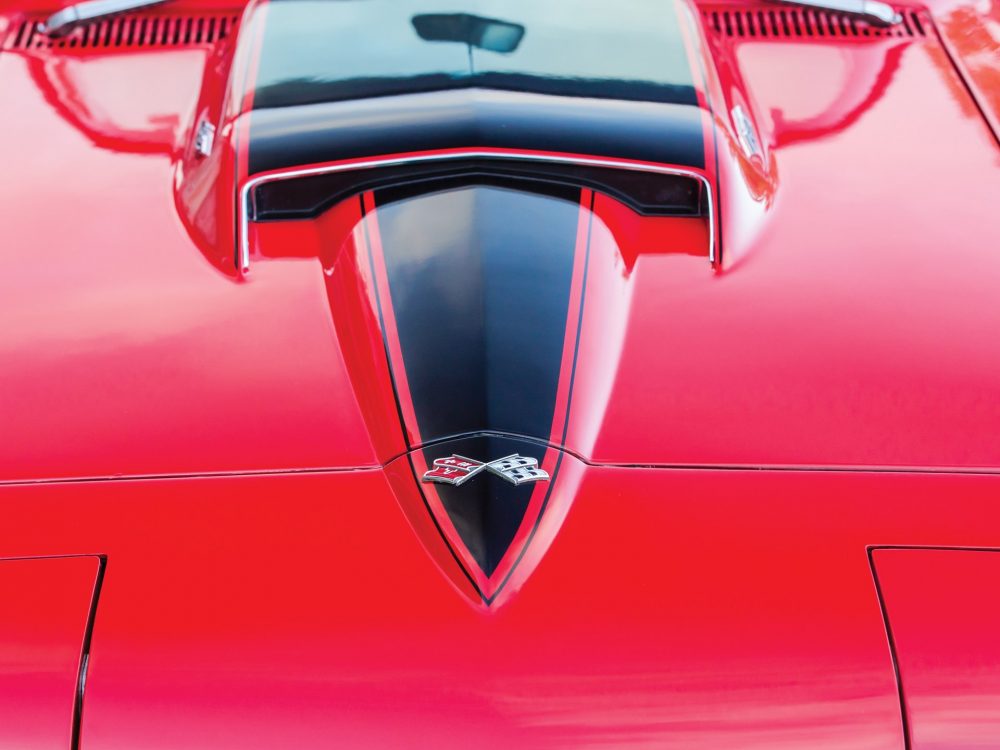 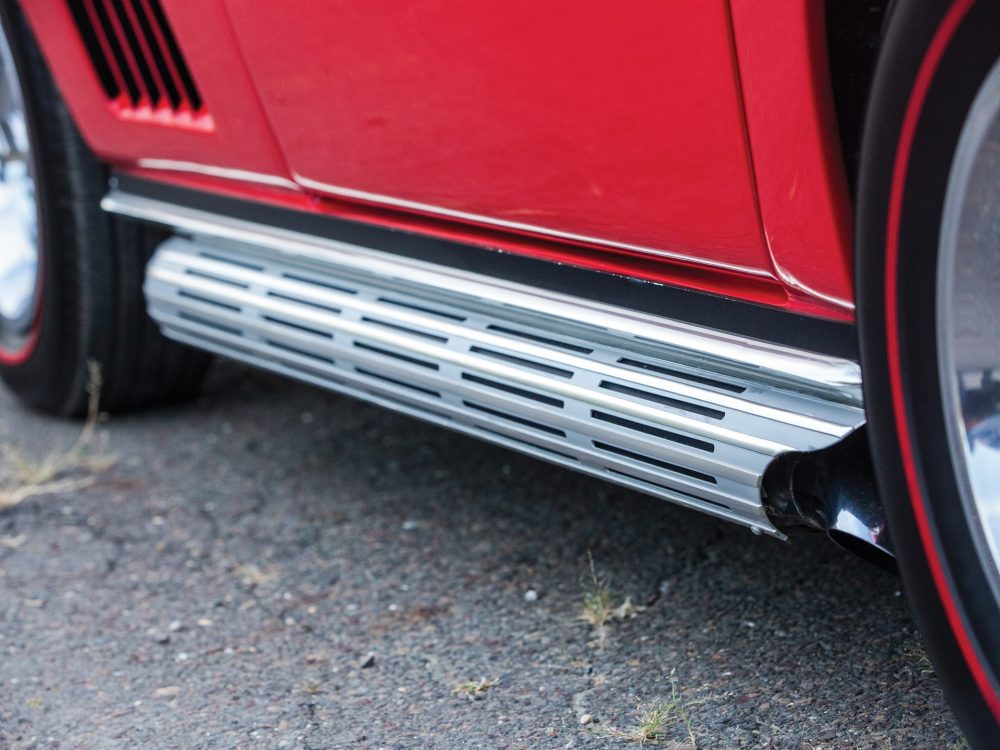 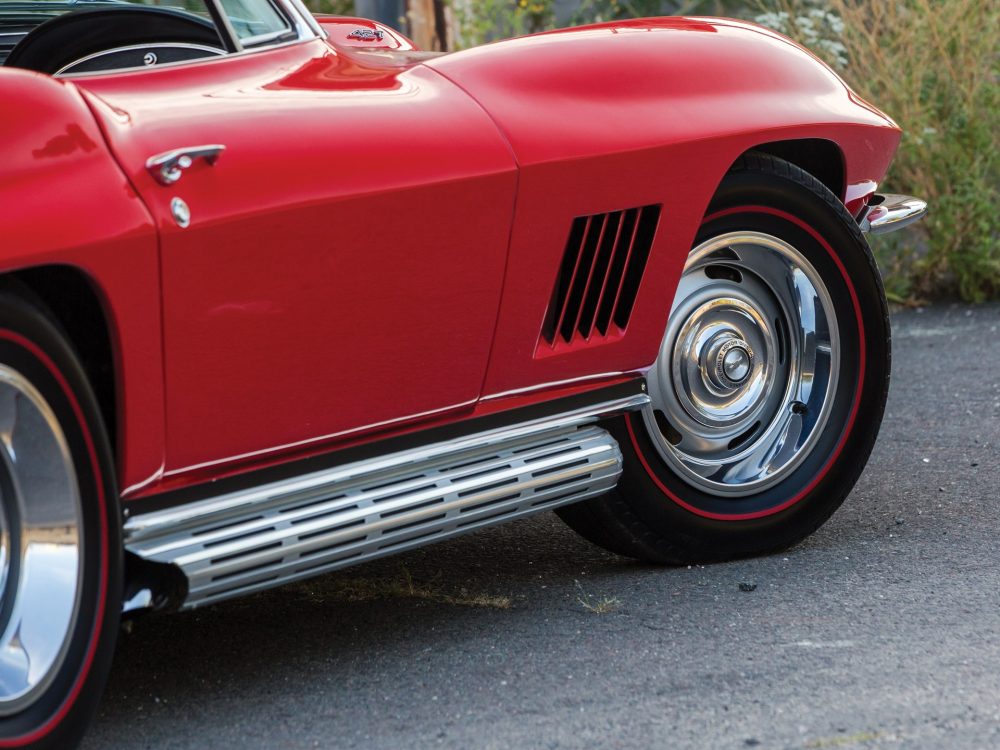 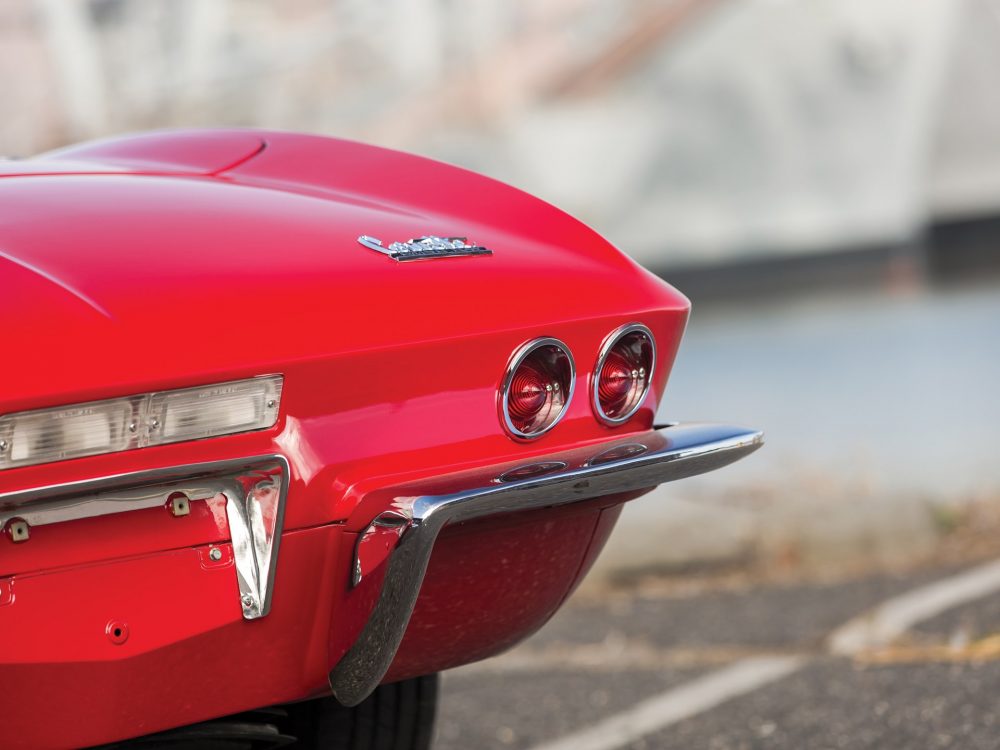 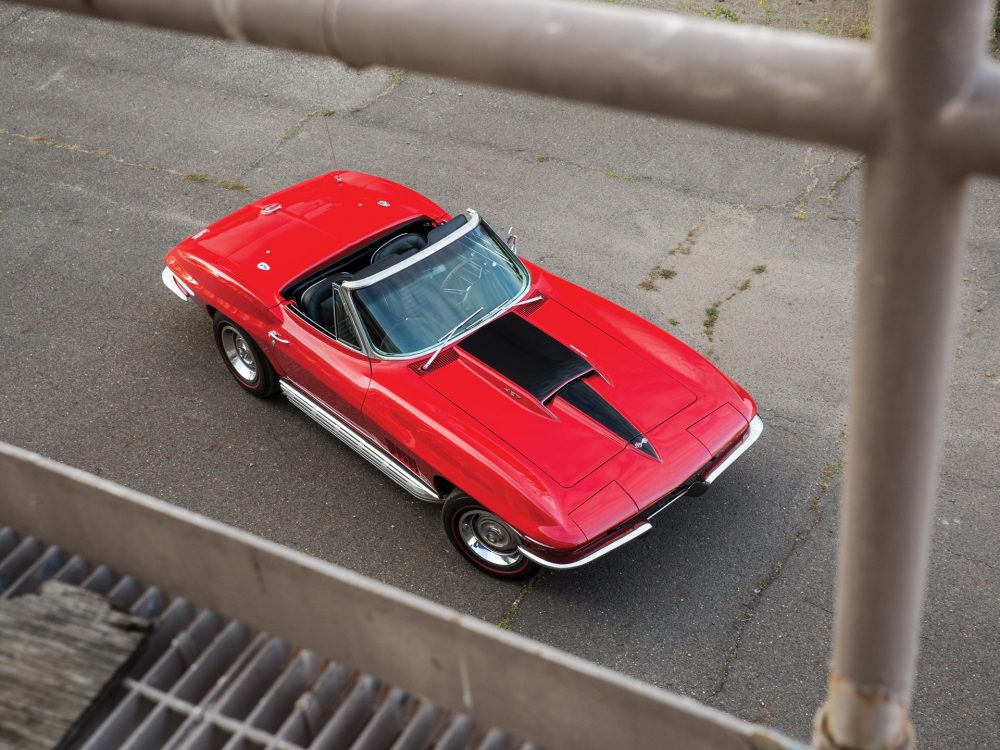 If you’ve got pockets deep enough to manage the $85-95,000 guide price, then you’ll be hard pressed to find a more spectacular machine for road based adventures than this 1967 Chevrolet Corvette Sting Ray 427/390 Convertible which is going under the hammer at their Auburn Springs auction at the end of May.

Written By
Leo Davie
More from Leo Davie
There are some grail cars that immediately capture the imagination of classic...
Read More