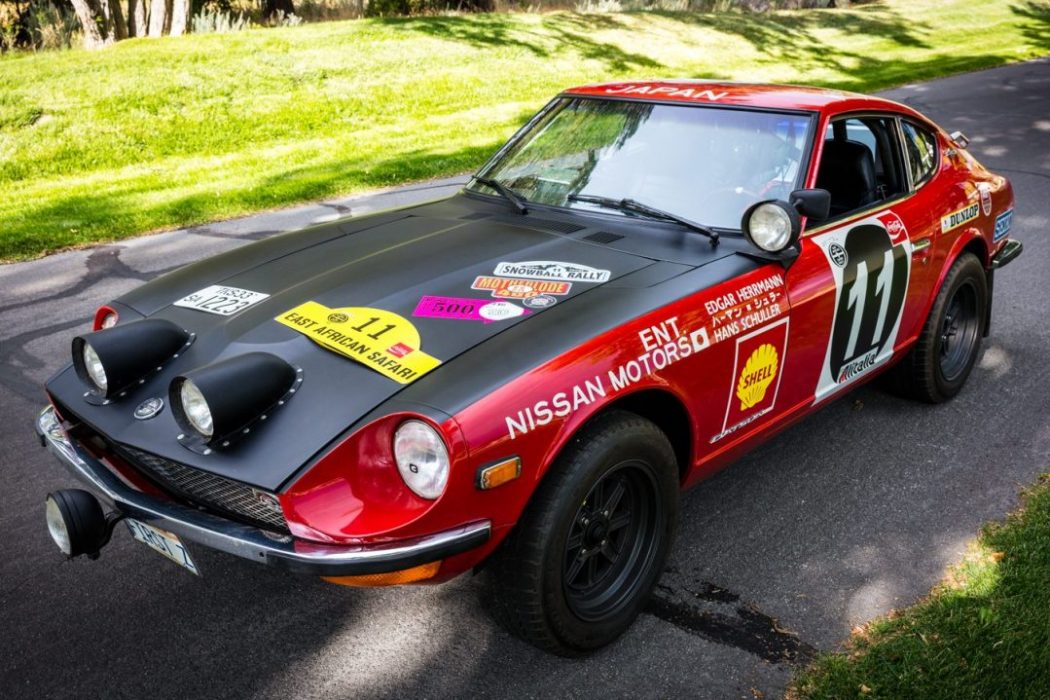 For any man who has a love of classic cars and wants something with a real race vibe, you’ll find this 1970 Datsun 240Z Safari Tribute from Bring A Trailer tough to beat. It was originally was acquired by the seller in 1982 from a friend who had purchased it new from Walnut Creek Datsun in California. There have been a number modifications which have been performed in tribute to the 240Z piloted to victory by Edgar Herrmann and Hans Schuller in the 1971 East African Safari Rally.

The 1970 Datsun 240Z Safari Tribute from Bring A Trailer has done some 85k miles and the current bid is a mere $23k which is a small price to pay for such an extraordinary looking steed. Boasting a 2.4-Litre L24 Inline-Six engine and a five-speed manual gearbox, this Datsun has an impressive performance potential and the sort of old school aesthetics that will turn heads every time you take it out of the garage.

This 1970 Datsun 240Z Safari Tribute was displayed at the 2018 Pebble Beach Concours d’Elegance, and has been seen in numerous West Coast rallies and official Nissan events. This spectacular vehicle is offered with original sales documentation, period literature, service records from new, and a clean California title in the seller’s name.

It is finished in red with a black hood, upper fenders, and taillight panel, and boasts livery replicating that worn by the Herrmann/Schuller car that inspires it. Series I C-pillar badges and hatch vents are kept along with vertical rear window defroster elements. Some extra features of the 1970 Datsun 240Z Safari Tribute from Bring A Trailer include front and rear spotlights, period Nissan mud guards, rear grab handles, and hood-mounted light pods. Replica East African Safari plates are mounted front and rear along with tags from other events it’s participated in.

Black 15″ Konig BBomb wheels have been mounted with Cooper WeatherMaster S/T 2 tires, and a matching spare is found in the rear cargo area of the vehicle. Braking is handled by front discs and rear drums and this exceptional looking, vintage inspired car was featured in coverage of the Nissan Z 40th Birthday celebration from My Classic Car with Dennis Gage.

The cabin is kitted out in black vinyl upholstery with textured inserts and diamond-patterned material on the centre tunnel and cargo area sides. A switch panel can be seen in place of the radio, and period rally timers are fitted ahead of the passenger seat along with additional navigator’s equipment and a map showing the 1970s route.

Period microphone headsets can be found hanging from the roll bar and are included in the sale price. The fuel and fan switches in the console-mounted panel but these are for decorative purposes only and are currently inoperable. There is a simulated-wood steering wheel which frames a 160-mph speedometer and a tachometer with a 7k-rpm redline, while auxiliary gauges are mounted in the centre of the dash. Head on over to Bring A Trailer now to get your hands on this majestic looking beast. 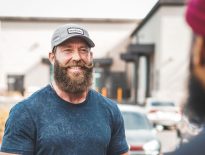 Featured Everything You Need To Know About Your Beard Produ… 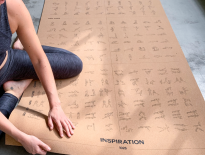