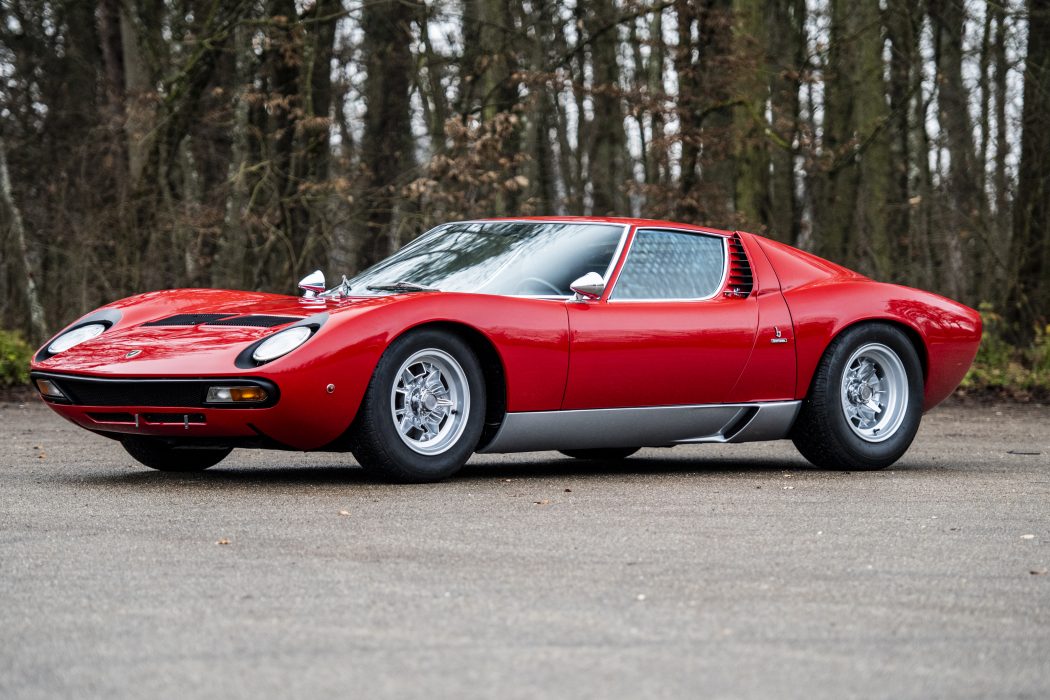 When there are fewer than 150 of a particular vehicle, it’s fair to say that makes it a most rare commodity indeed and that’s why this, absolutely stunning, 1971 Lamborghini Miura P400 SV by Bertone which is going under the hammer with RM Sotheby’s at their Paris auction has the rather eye-watering guide price of €2.1m to €2.5m. But, as they say, you get what you pay for. And this is one of the rarest cars on earth.

The 1971 Lamborghini Miura P400 SV by Bertone has undergone a recent restoration by Italian marque specialists to its original specifications and this gives it an even more alluring aesthetic that is sure to tempt in the (deep-pocketed) classic car enthusiasts out there. This spectacular machine is one of a mere 150 Miura SVs ever built so for the lucky individual who gets their hands on it at auction, they’ll be breathing rarified air indeed.

Irrespective of whether it really was the world’s first supercar or not, it is irrefutable that the appearance of the Miura P400 prototype on the Lamborghini stand at the 1966 Geneva Salon changed the automotive landscape forever. It was, without doubt, quite unlike any production car that gone before, both in its appearance and its construction and it helped to introduced a design language that has been a mainstay of the supercar ethos for the past half-century.

This 1971 Lamborghini Miura P400 SV from RM Sotheby’s was delivered to its first owner in Germany in May 1972, specified in Rosso Corsa with a dark blue interior. Then, between 1972 and being acquired by its second owner in 1977, it is known to have had an aesthetic conversion to resemble the one-off 1970 Miura ‘Jota’. The Jota or SV-J was a testbed built at the behest of Lamborghini’s chief test driver Bob Wallace, with the ultimately unsuccessful aim to take the car racing under the FIA’s appendix J regulations. In spite of this, a handful of SV-J Miuras were commissioned for particular owners from the factory, whilst others underwent conversion at a later date at their owner’s request.

The current owner acquired the car in 2015 from the Dr. Oetker collection and decided to embark upon a restoration of the car to the specification in which it was in when it left Sant’Agata Bolognese in June 1971. The restoration of the body and paintwork was carried out by Carrosserie Battaglia-Bolognesi in Ferrara. They took the bodywork back to bare-metal taking away the Jota elements, which included the installation of original retractable headlights, before repainting the car in Rosso Corsa. The interior was also retrimmed in dark blue by Auto Interni and the mechanical elements, including the installation of a non-Jota exhaust system, were given a thorough once over by marque specialists Top Motors, run by ex-Lamborghini foreman Orazio Salvioli and his son Luca.

One in a Million Luxury

Cars just don’t come much more unique and sought after than this 1971 Lamborghini Miura P400 SV and, given the exorbitant price tag, it’s definitely going to end up in some high profile collector’s line up. This stunning steed is a rare beast indeed and it’s hard not to be bewitched by its considerable beauty,

As one would expect due to its provenance, this Lamborghini is presented in spectacular condition and its sale is accompanied by a plethora of period and restoration photographs, detailed first-hand accounts of the love and attention that has been lavished upon it over the years, as well as multiple appraisals attesting to its unparalleled condition. Historic sale documentation is also included in the sale, along with the complete leather-bound toolkit.

Shirts come in all shapes, sizes and materials and finding the sort that best suits your own personal style and comfort requirements is something… 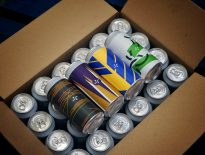