Though almost all the vintage cars we feature here on the pages of The Coolector are going to be significantly outside our own budget, there’s no harm in looking and that’s why we’ve been staring lustily at this rather extraordinary looking 1971 Maserati Ghibli SS 4.9 Coupé which is going under the gavel with RM Sotheby’s. This stunning ride is certainly striking from a visual perspective and will form a cornerstone of any luxury vintage car enthusiast’s collection. 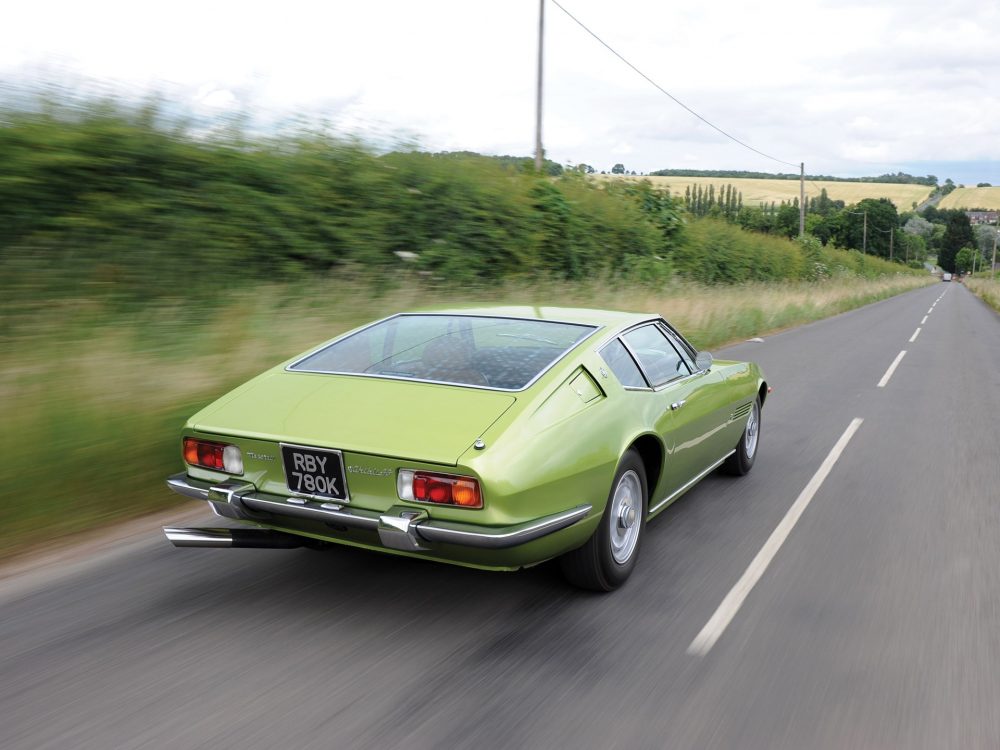 The 1971 Maserati Ghibli SS 4.9 Coupé was Maserati’s flagship supercar and really helped to set them apart in this arena of the luxury car industry. Originally launched back in 1966 and taking its moniker from a hot wind which sweeps across the Sahara Desert, the Ghibli was designed and styled by Giorgetto Giugiaro, then working at Ghia, and the mechanical parts of the design were the undertaking of Giulio Alfieri, Maserati’s chief engineer.

There first thing you’ll likely notice about this 1971 Maserati Ghibli SS 4.9 Coupé at RM Sotheby’s is the striking lime green colour way which is definitely going to appeal to the extrovert car enthusiasts amongst you. With similar vehicles to this selling for £200k+ this likely won’t come cheap when it comes up to auction but you’ll struggle to find a vehicle with more wow factor than this spectacular 70s supercar. 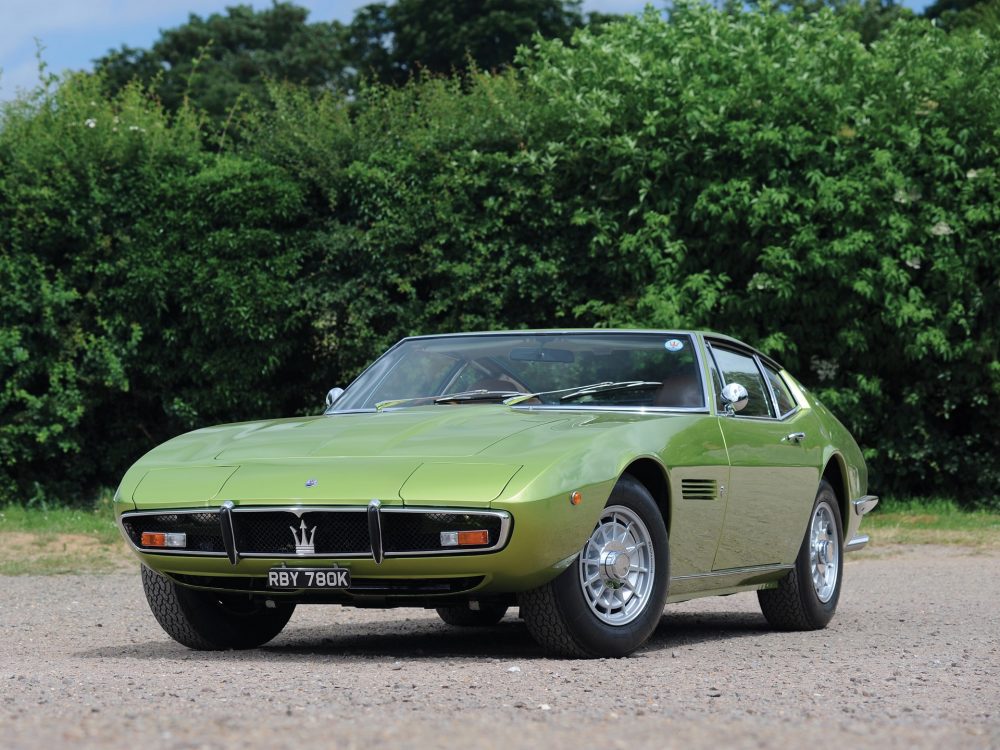 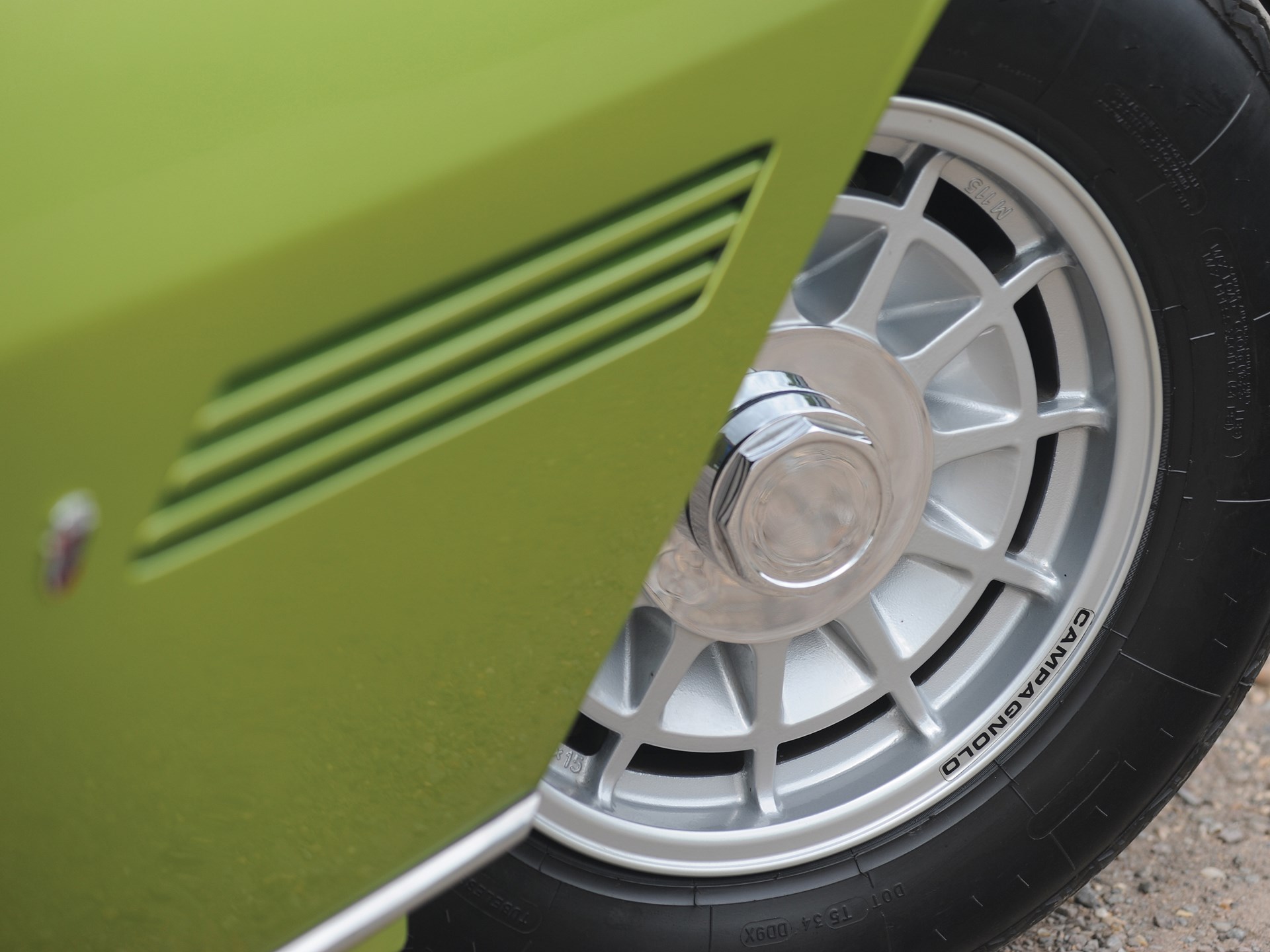 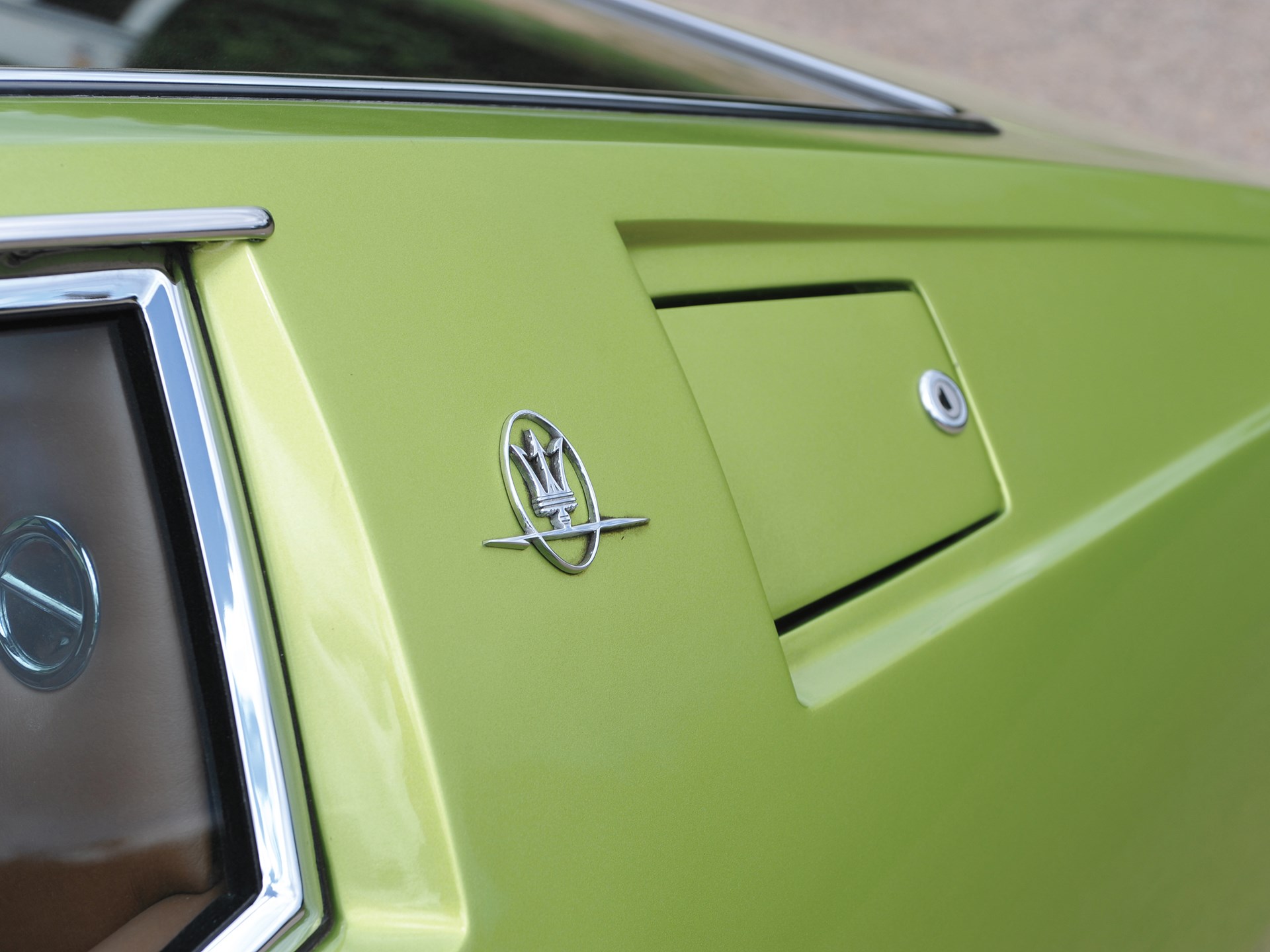 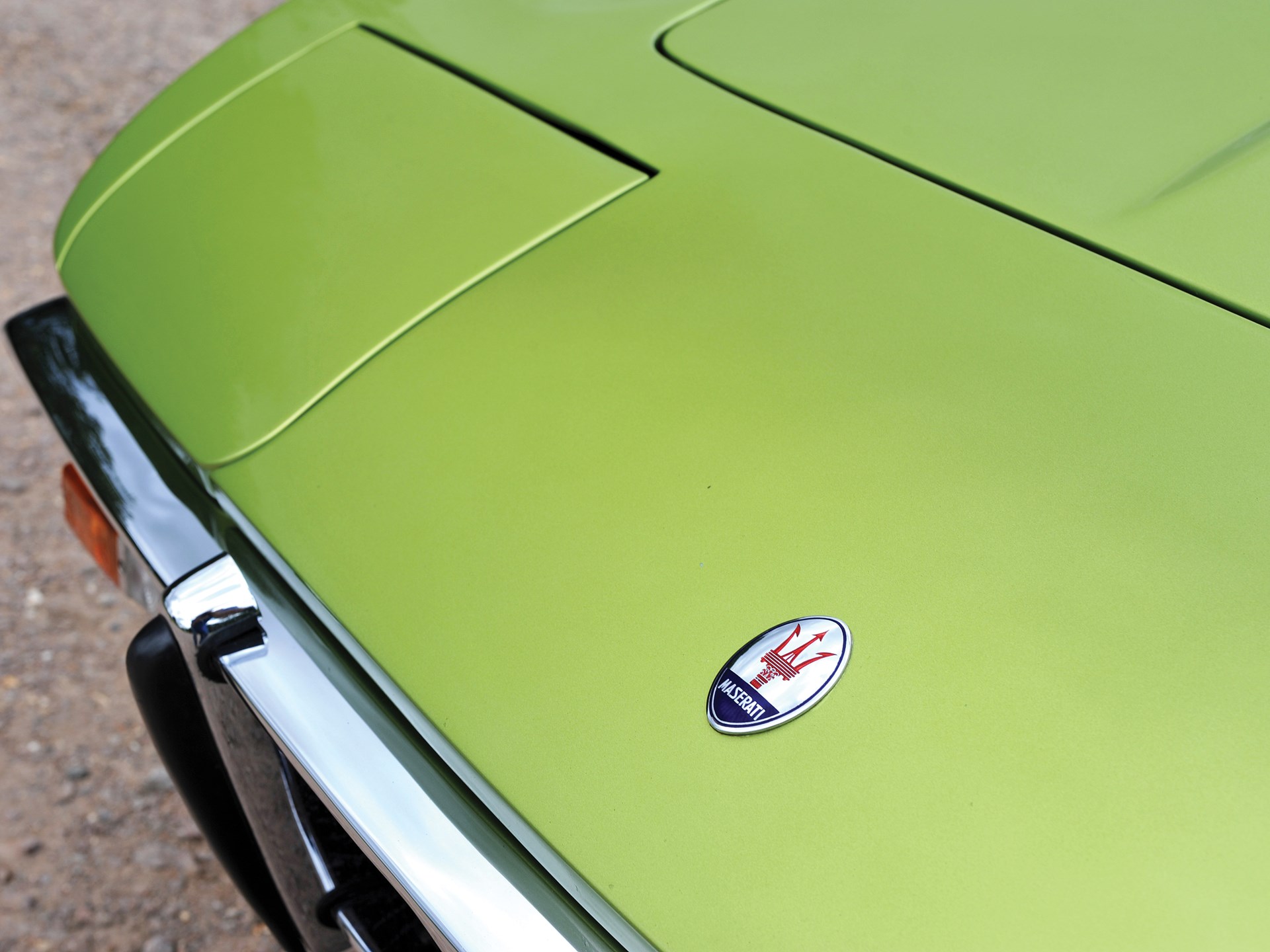 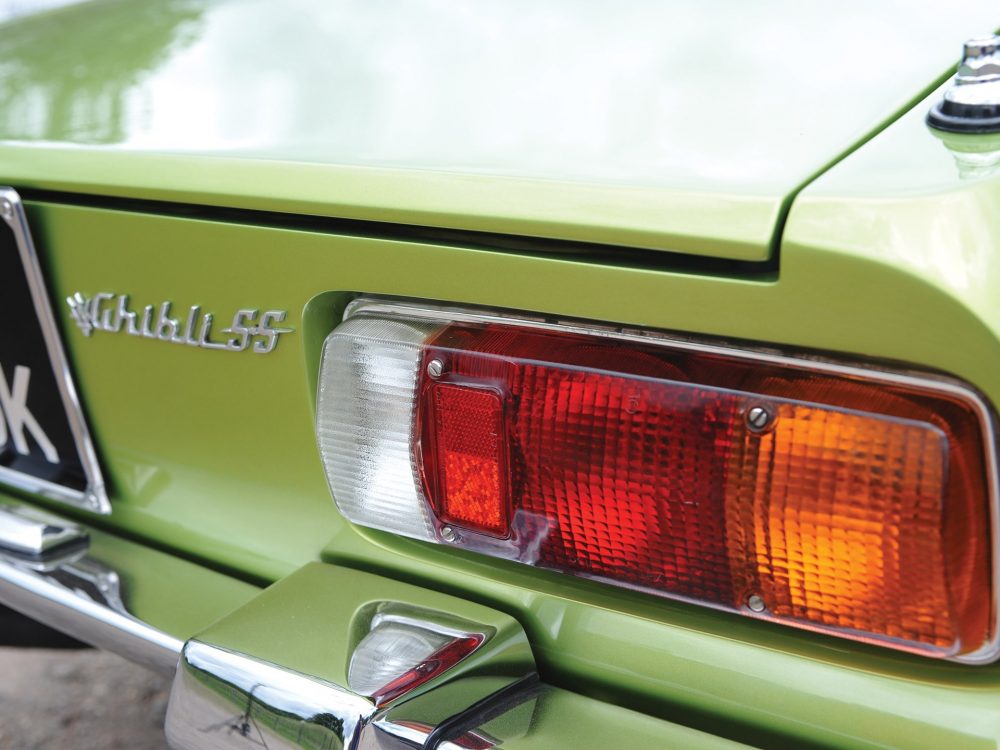 The 1971 Maserati Ghibli SS 4.9 Coupé boasts a dry-sump version of Maserati’s iconic quad-cam V8 engine, which is used to squeeze the engine beneath the low bonnet. To begin with, Alfieri used a 4.7-litre version but from 1970 onwards, he turned to a 4.9-litre version which became available, and called the ‘SS’, which was capable of delivering 335bhp at 5,500rpm. For the running gear, Alfieri used his expertise to pick the best of proprietary parts: which included a five-speed gearbox and power steering. 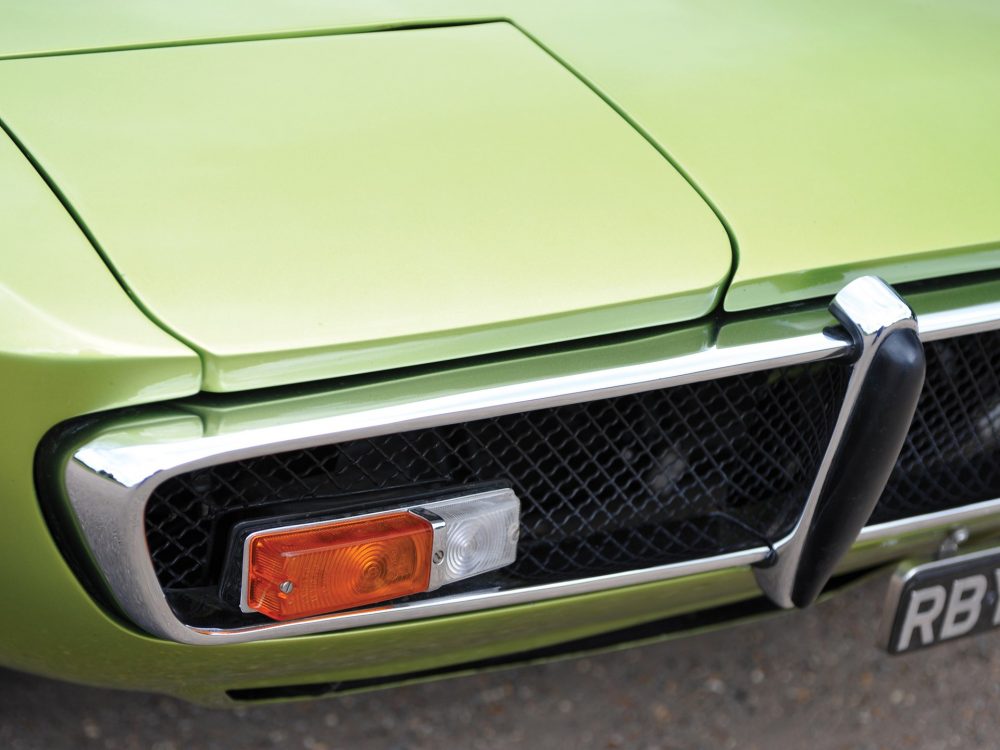 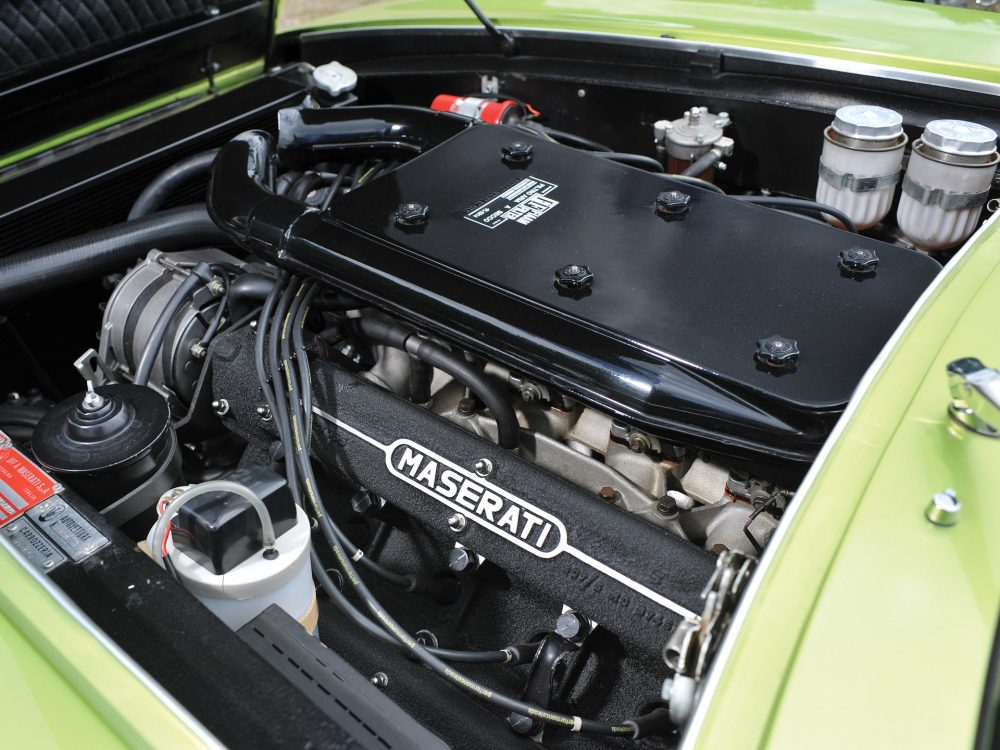 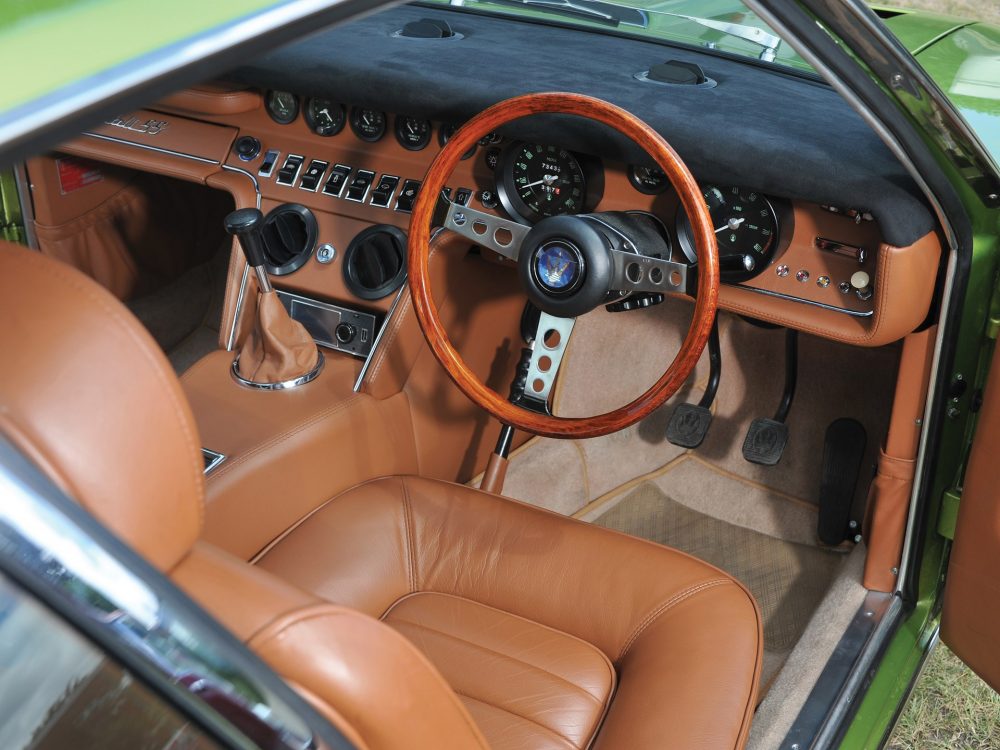 With popularity of the 1971 Maserati Ghibli SS 4.9 Coupé being immediate upon release, it’s easy to see why these rare vehicles are equally as sought after today. It rapidly became the ‘must have’ car for the rich and famous in the 1960s, and quickly garnered a reputation for being exquisite to drive. With a truly outstanding performance, which included a 166mph top speed, coupled with an effortless and elegant aesthetic, it stood shoulder to shoulder with other luxury cars of the era. The Ghibli production came to an in 1972 after some 1,280 examples had been crafted so if you get your hands on this one, you’ll be in an exclusive bunch.

This magnificent looking steed that will be heading up for auction is in first class condition and will likely become the go-to car for whoever is lucky enough to come up with the winning bid come auction day at RM Sotheby’s London auction. Stylish, sophisticated and a real joy to drive, there is sure to be plenty of interest in this majestic looking machine so if you’ve got deep pockets and a love of Maserati, you’ll need to move quickly. 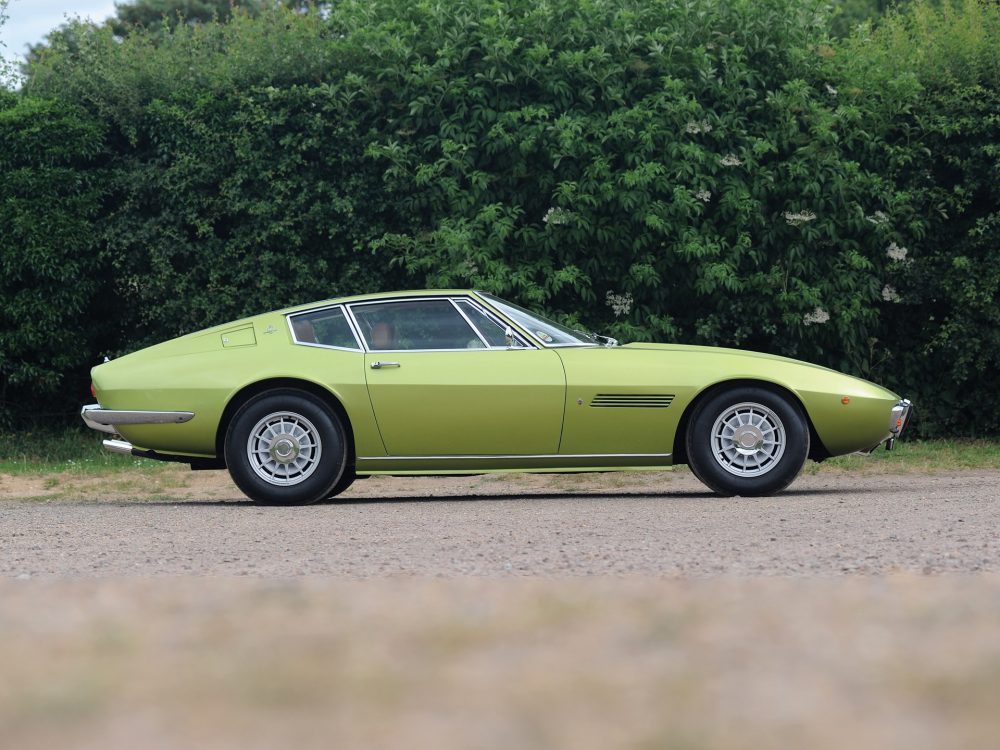 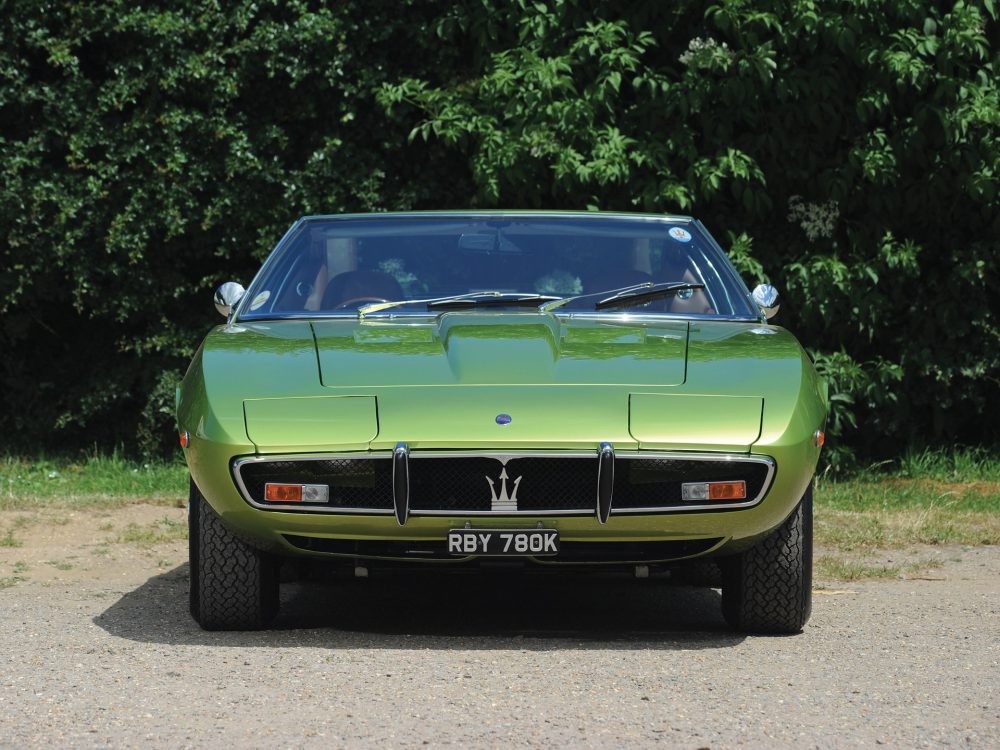 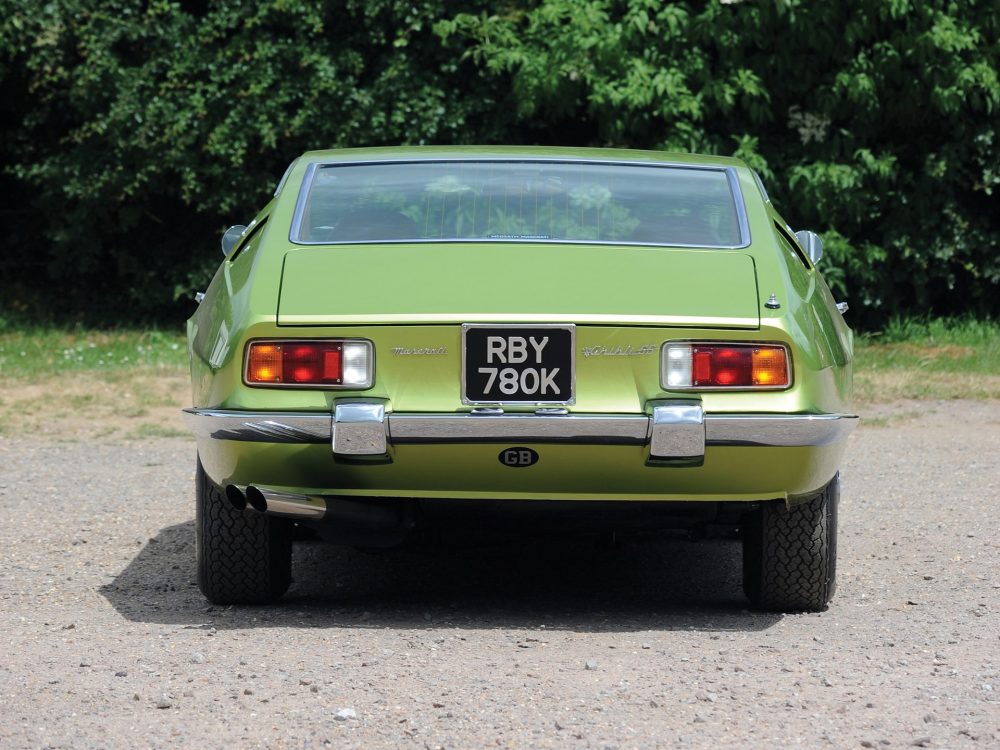 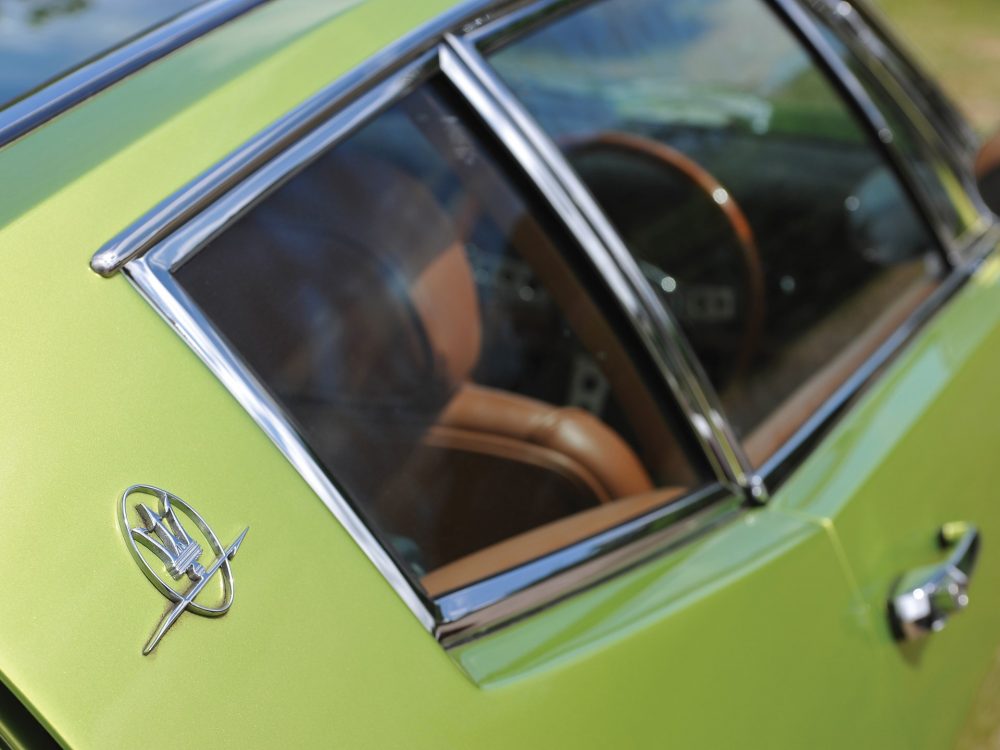 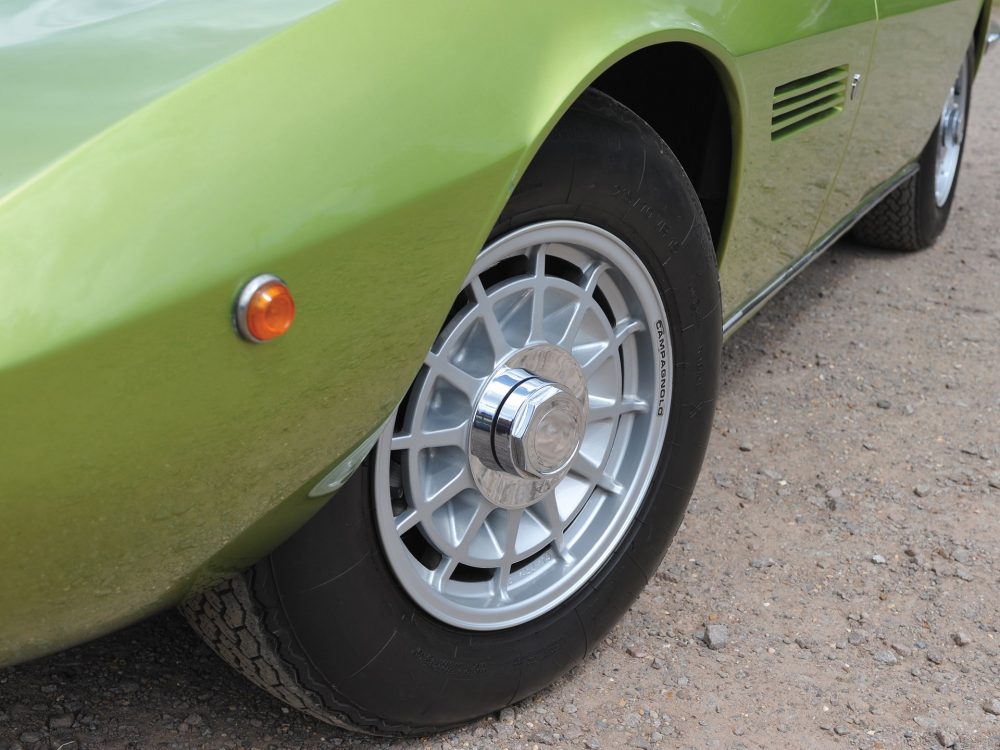 If the 70s is an era that you love and you want a luxury car that really represents this iconic era of motoring, then you’ll struggle to find a better example than the Maserati Ghibli SS 4.9 Coupé. Unparalleled from an aesthetic perspective and driving like an absolute dream, what’s not to like?

Written By
Leo Davie
More from Leo Davie
Versatility is the key characteristic we look for in our EDC essentials...
Read More