If, like us at The Coolector, you’ve seen the guide price of this lot at RM Sotheby’s (of between $1.2m and $1.5m) you will have quickly come to the realisation and acceptance that this probably won’t be your next car, it doesn’t mean to say we can’t enjoy its stunning visuals and iconic status. Coming up for auction soon at RM Sotheby’s, this 1973 Porsche 911 Carrera RS 2.7 Prototype really is a sight to behold and will definitely become a cornerstone of some luxury car enthusiast’s collection. 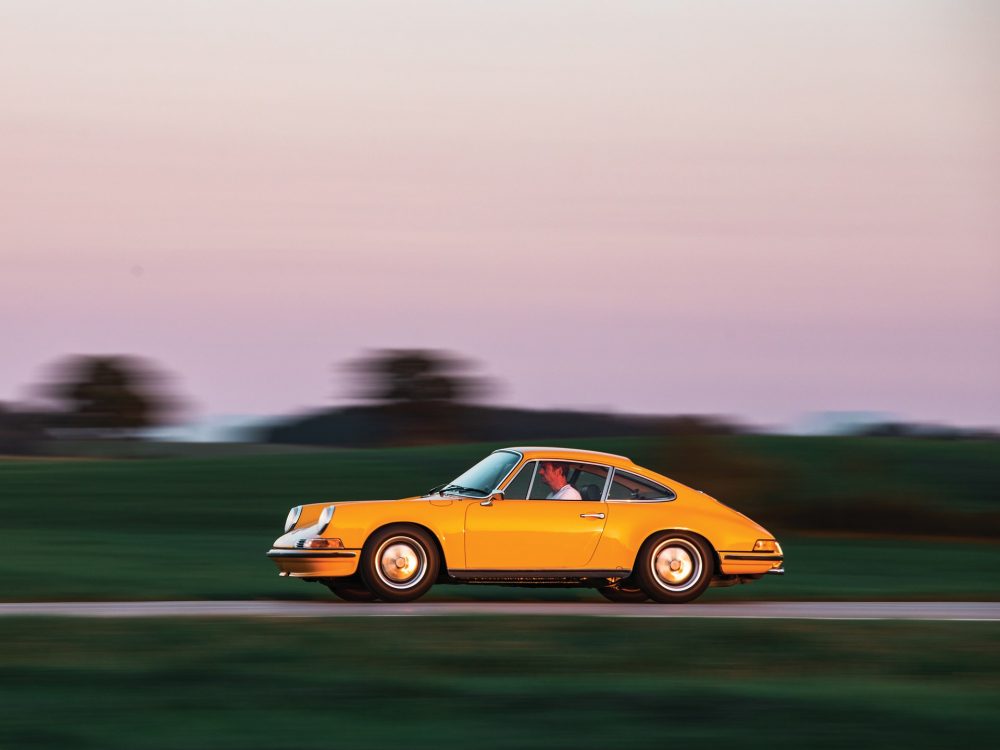 The 1973 Porsche 911 Carrera RS 2.7 Prototype at RM Sotheby’s is the second 911 Carrera RS ever built, and one of just four such prototypes which goes a long way to explaining the rather prohibitive guide price. This particular lot was pictured in early marketing literature for the model so really is entrenched in Porsche folklore and it is undoubtedly one of the most significant examples of the ’73 Carrera RS ever created.

For Porsche aficionados and collectors, 1973 was a standout year for the marque, not just because it was the last year of the original-style ‘small-bumper’ 911, but also the most exciting and iconic dual-purpose 911 of all time: the 911 Carrera RS. The opportunity to get your hands on one of the original prototypes is something that doesn’t come along every day and we’re sure some lucky Porsche fan will be adding this to their line up of classic cars. 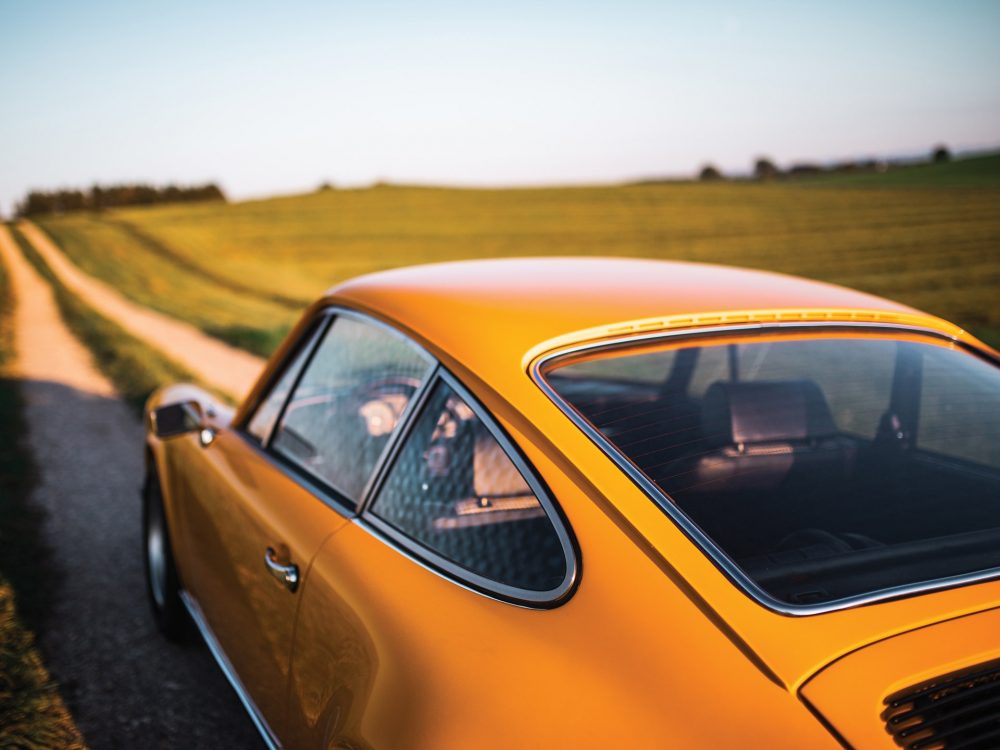 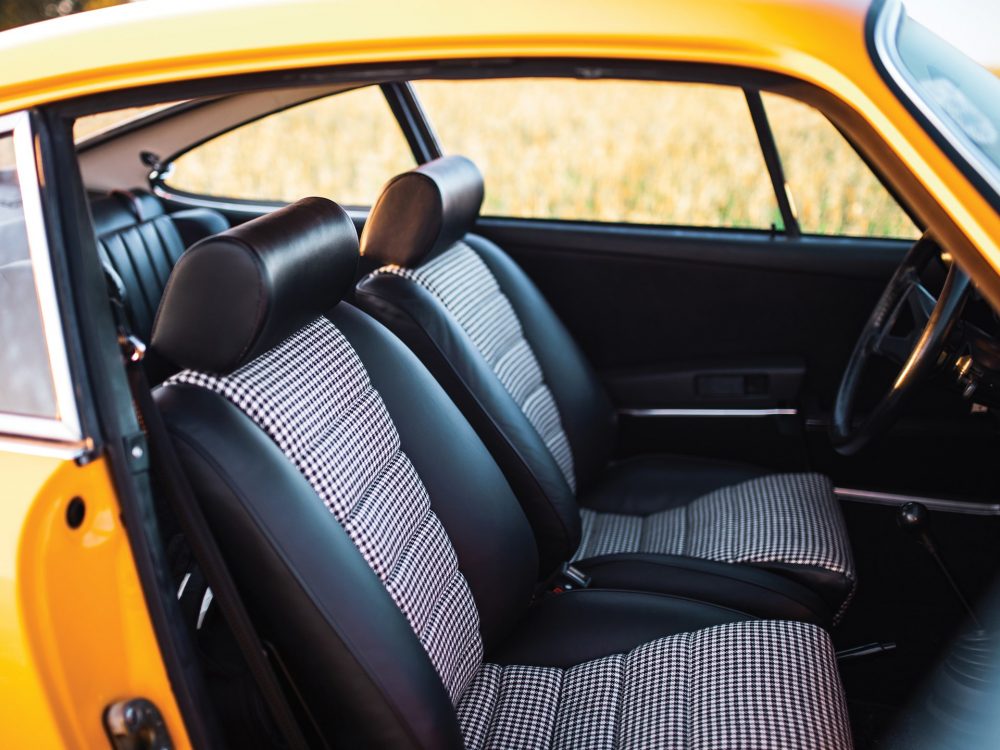 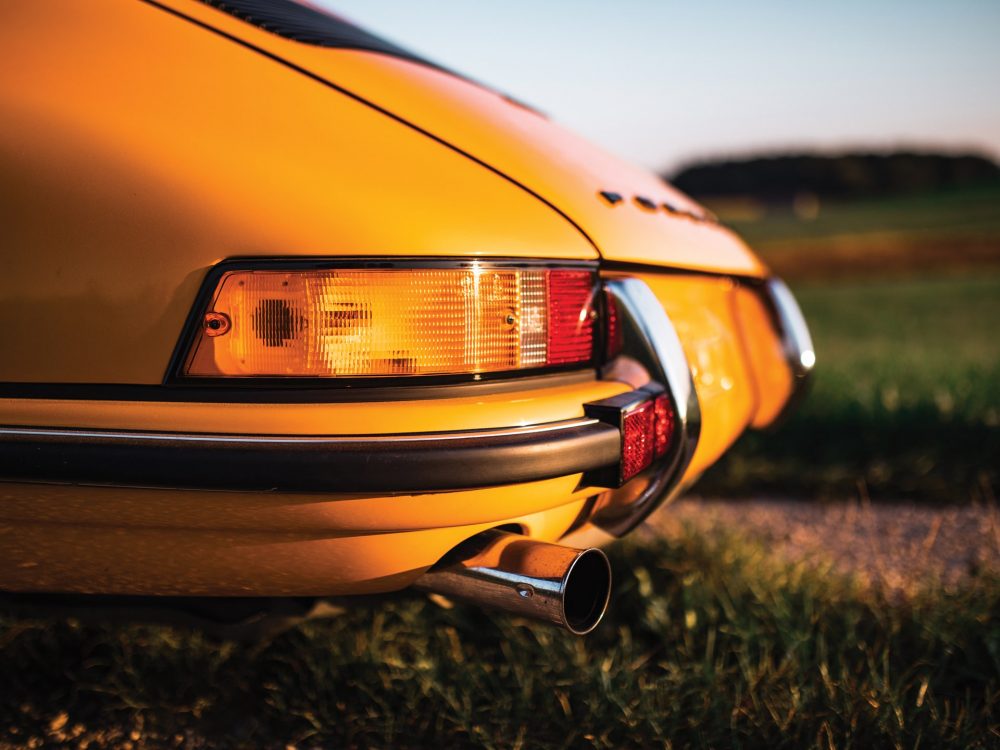 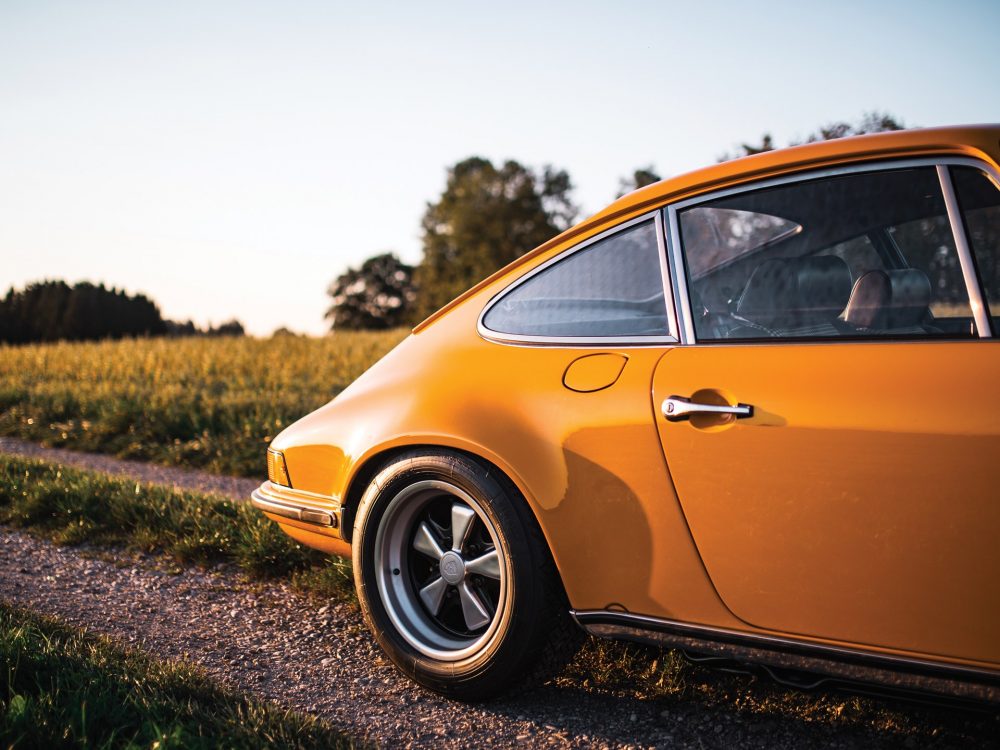 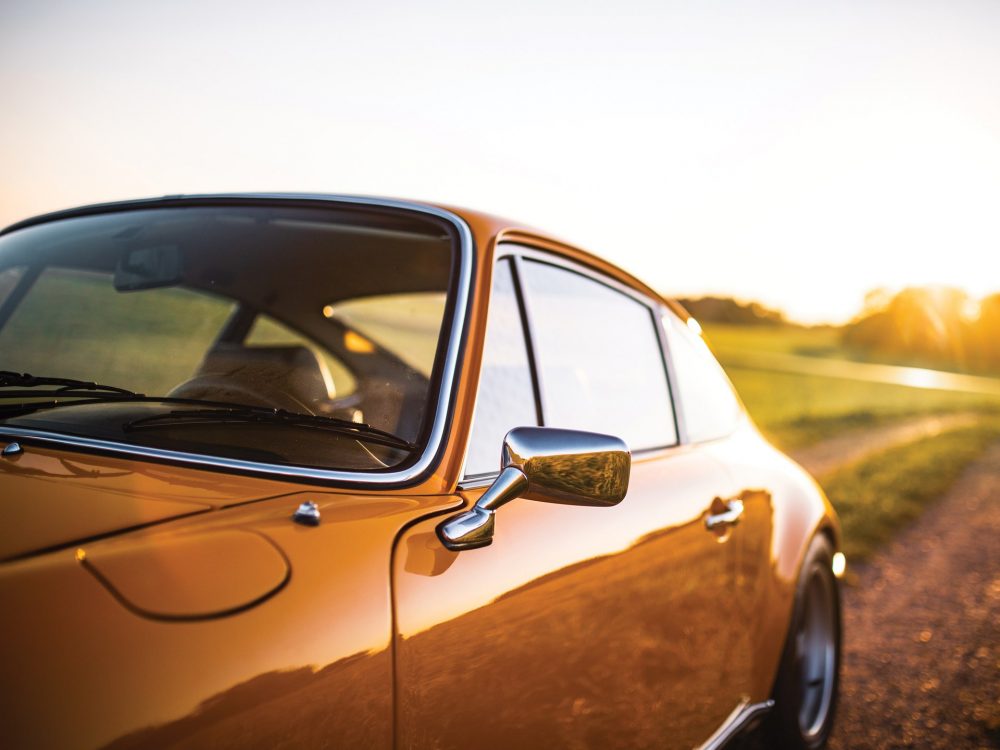 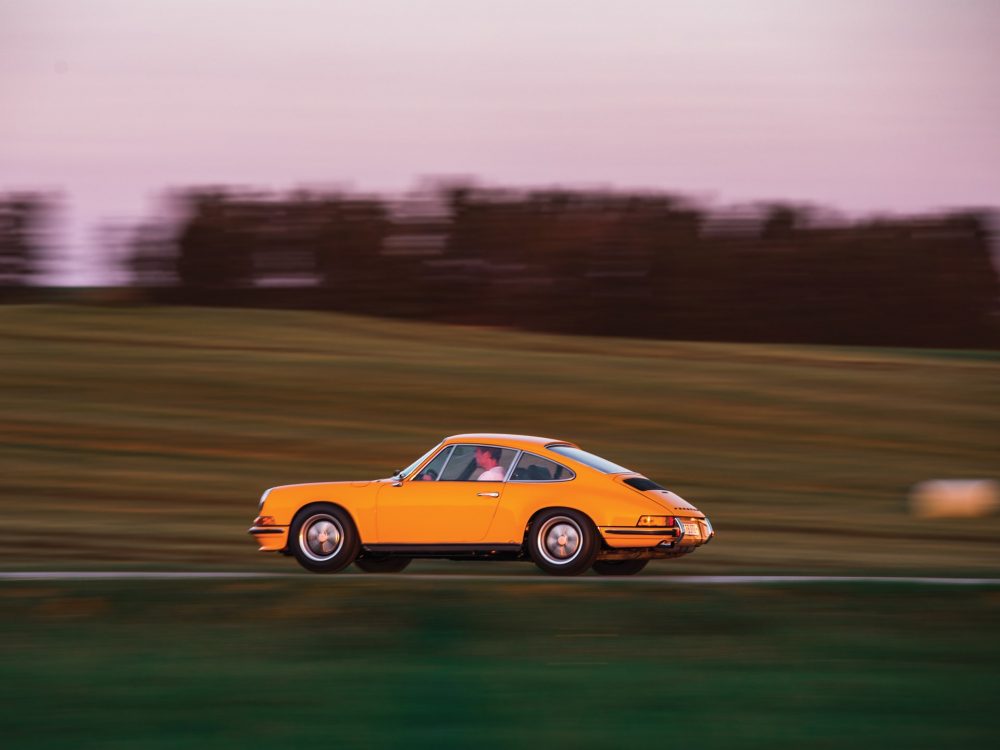 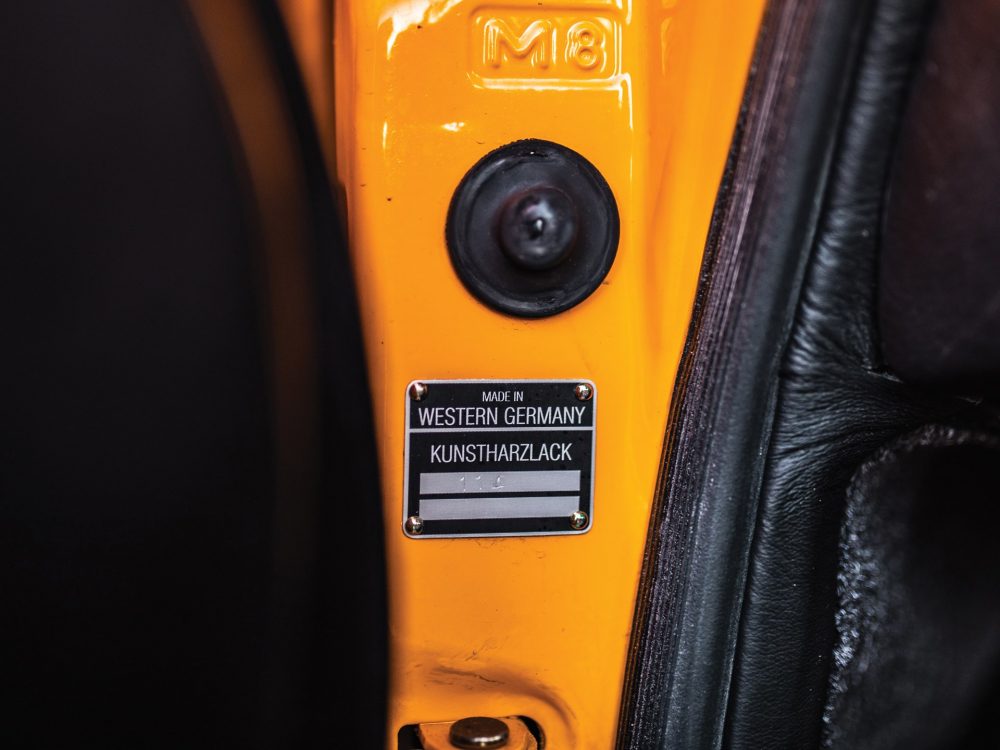 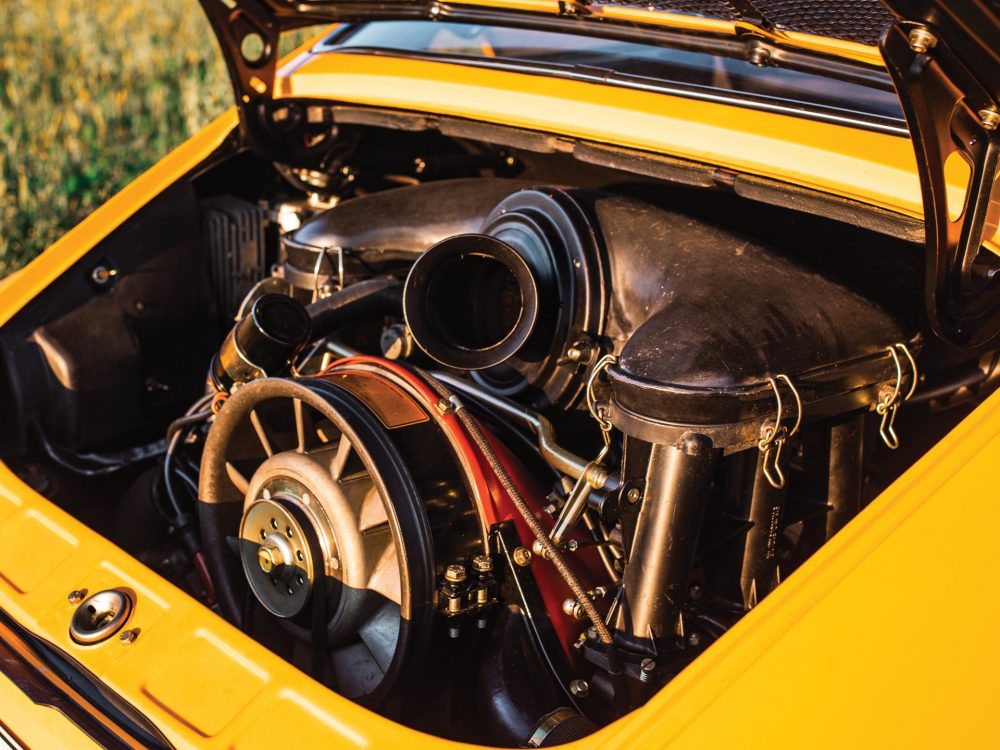 By adding power and removing weight, Porsche really did perfect the 911 formula, and delivered a machine that would impress drivers on the road, but also consistently win races. However, before the 911 Carrera RS could have its impact on the automotive world, a batch of early examples were made, tested, and refined by Porsche to ensure that they were capable of delivering success. This 1973 Porsche 911 Carrera RS 2.7 Prototype at RM Sotheby’s is one such car and this will be a once in a lifetime opportunity to own one. 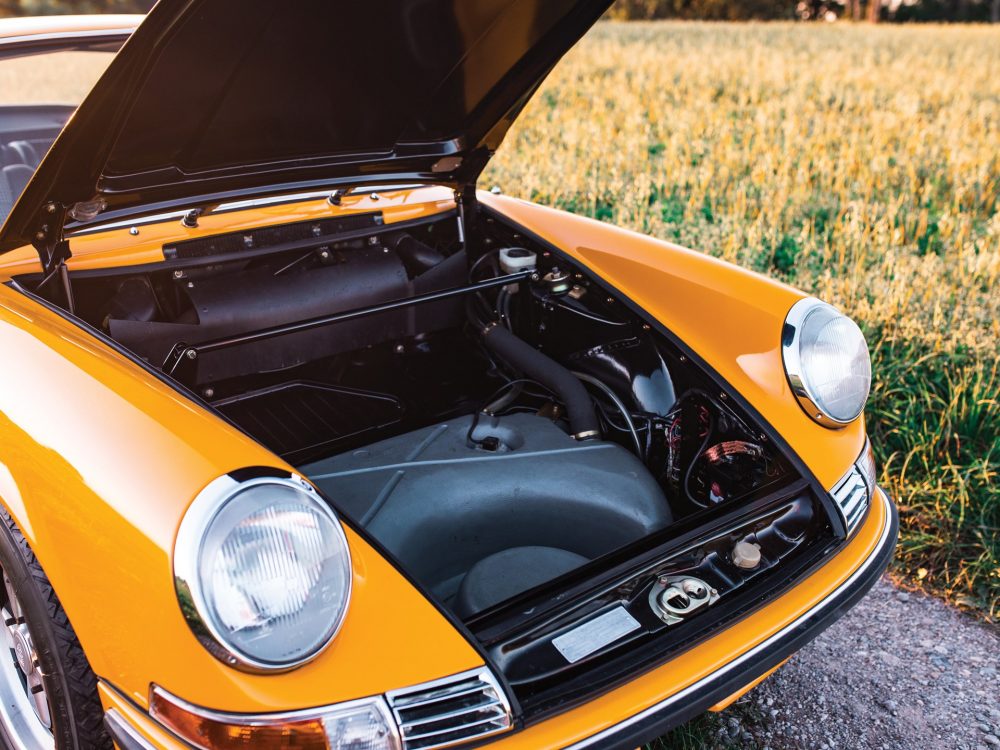 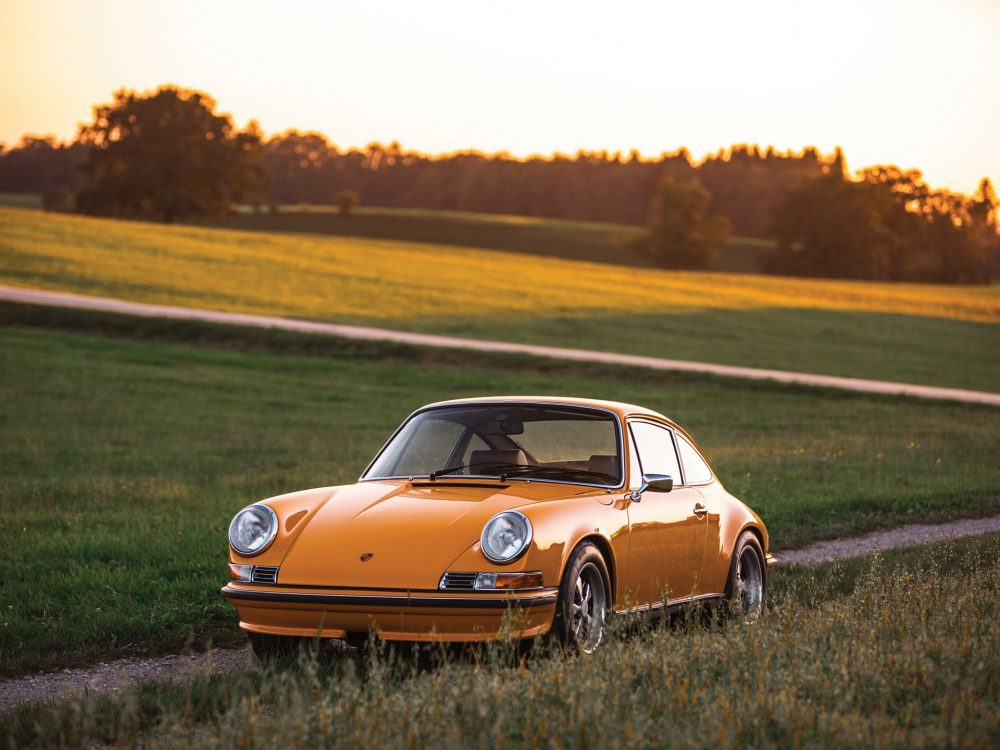 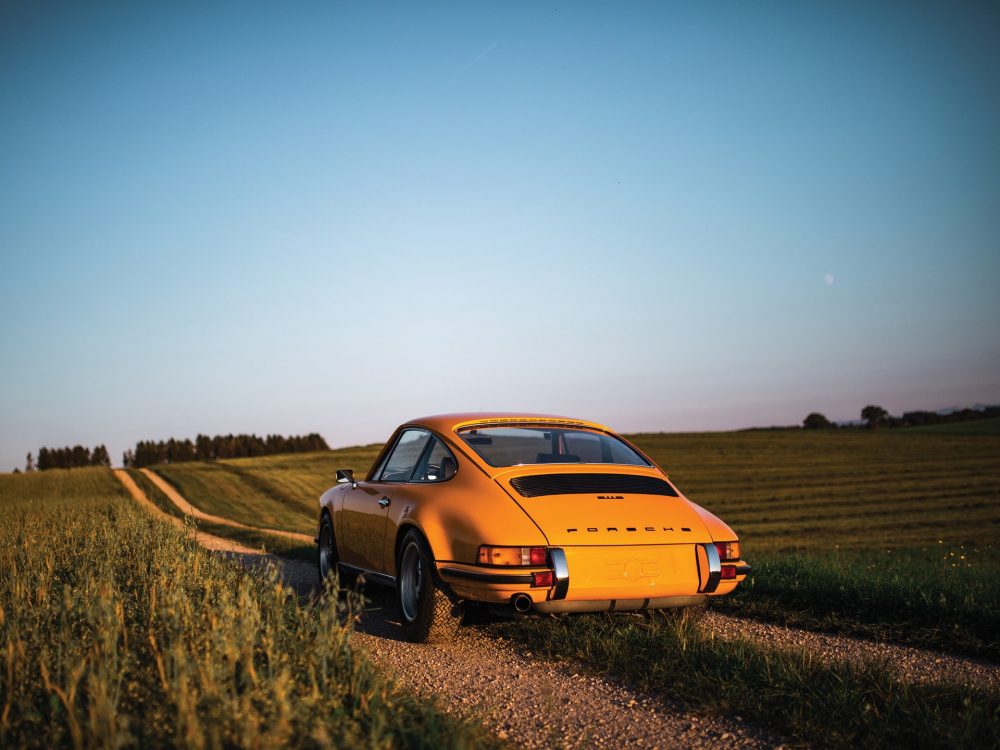 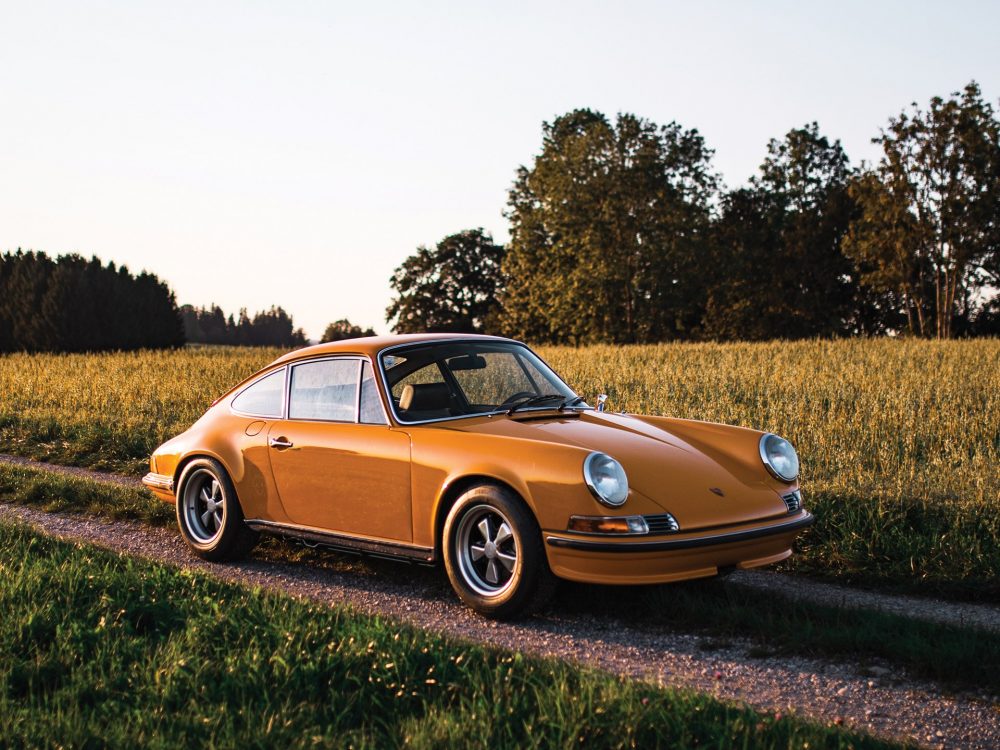 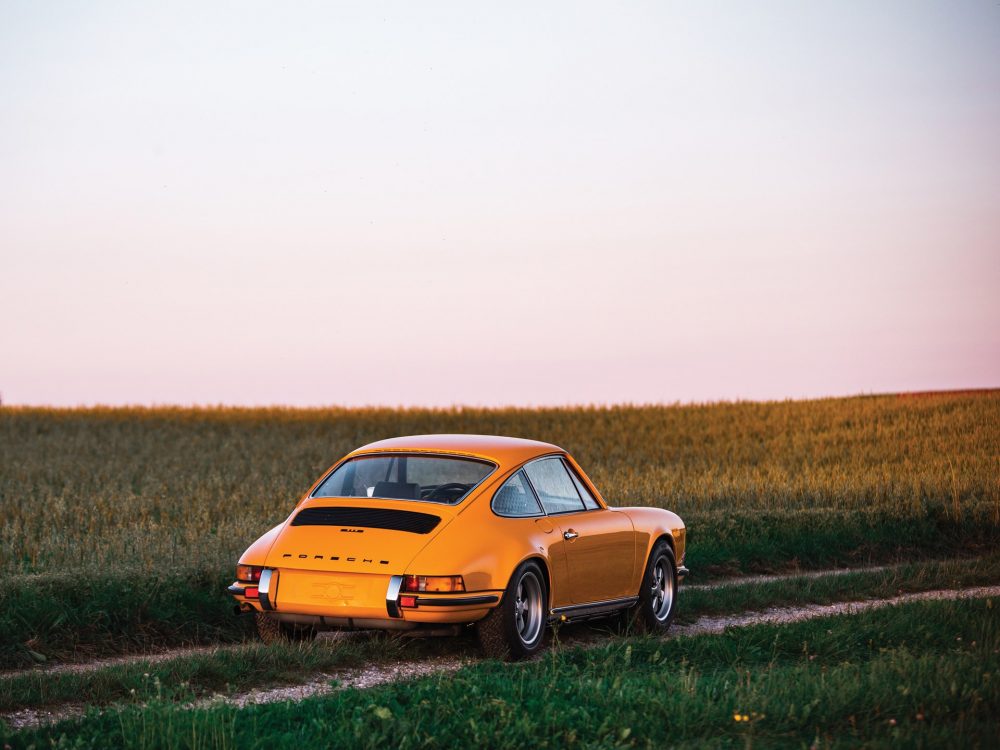 The biggest difference between this lot and the production Carrera RS that followed is its lack of the now iconic ‘duck-tail’ rear spoiler, which gives it a much subtler appearance. The car also has an 85-litre gas tank, wheel arches, and its engine bay spray-painted black for an uber-cool retro style aesthetic. Another difference is the chrome trim around the turn signals, which were painted black for the later cars. Last but not least, the first four Carrera RS examples were based on 911 S bodyshells from the 1972 model year and modified to what would become 1973 Carrera RS specifications.

In 1990, the car was purchased by Christopher Stahl, who began a restoration, but it was then sold to U.S. collector David Mohlman prior to its completion. Mid-restoration upon his acquisition, he sent the car to BS Motorsport of Westcott in Buckinghamshire while the engine and transmission were entrusted to Manfred Rugen Motorenteknik of Hepstedt, Germany, to be fully rebuilt and, as you can see, the quality of the restoration has been second to none throughout. 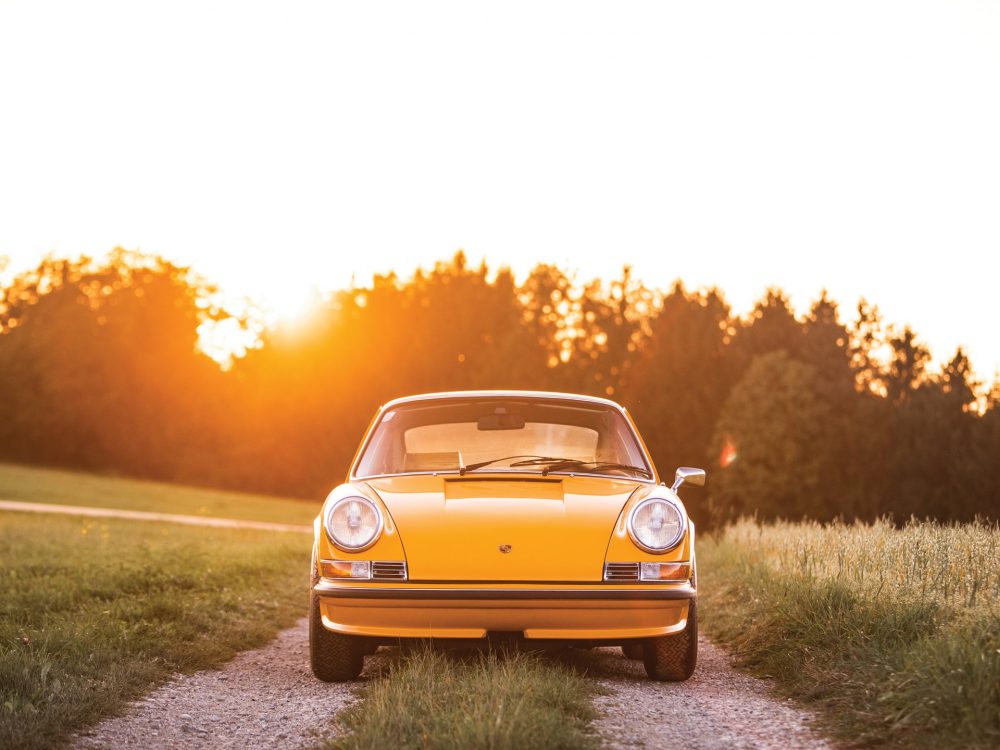 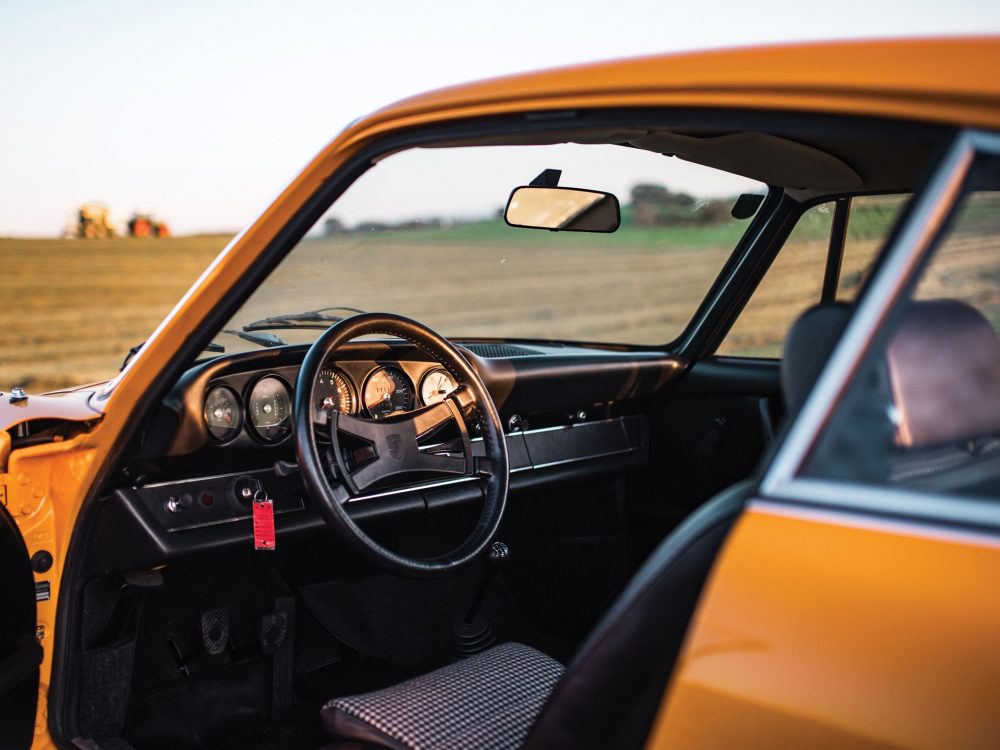 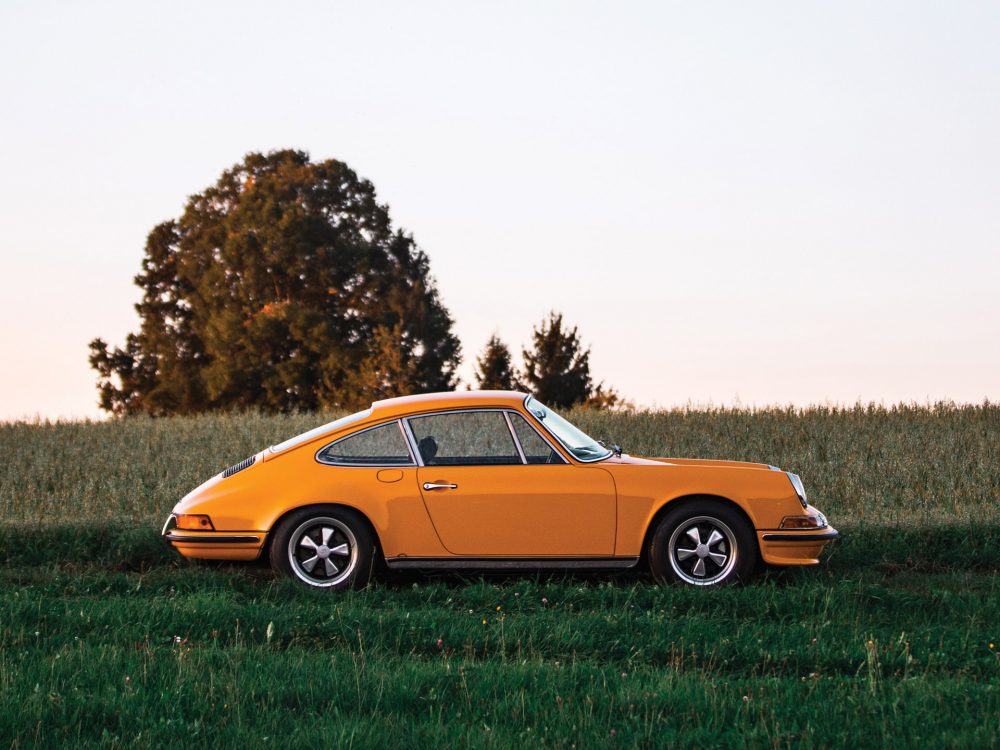 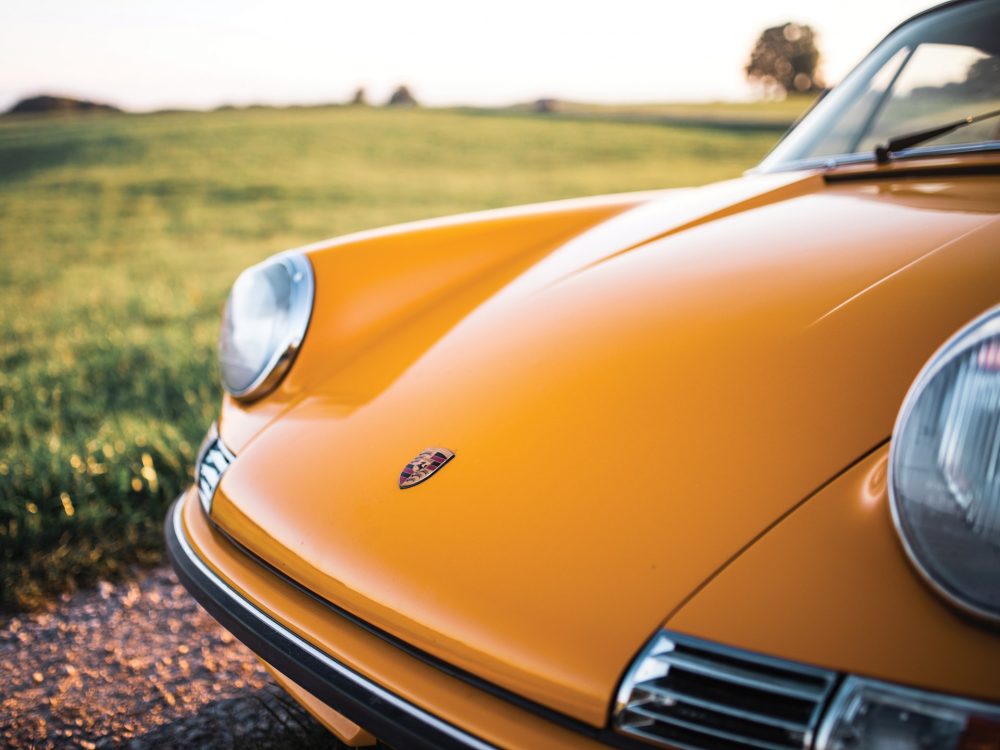 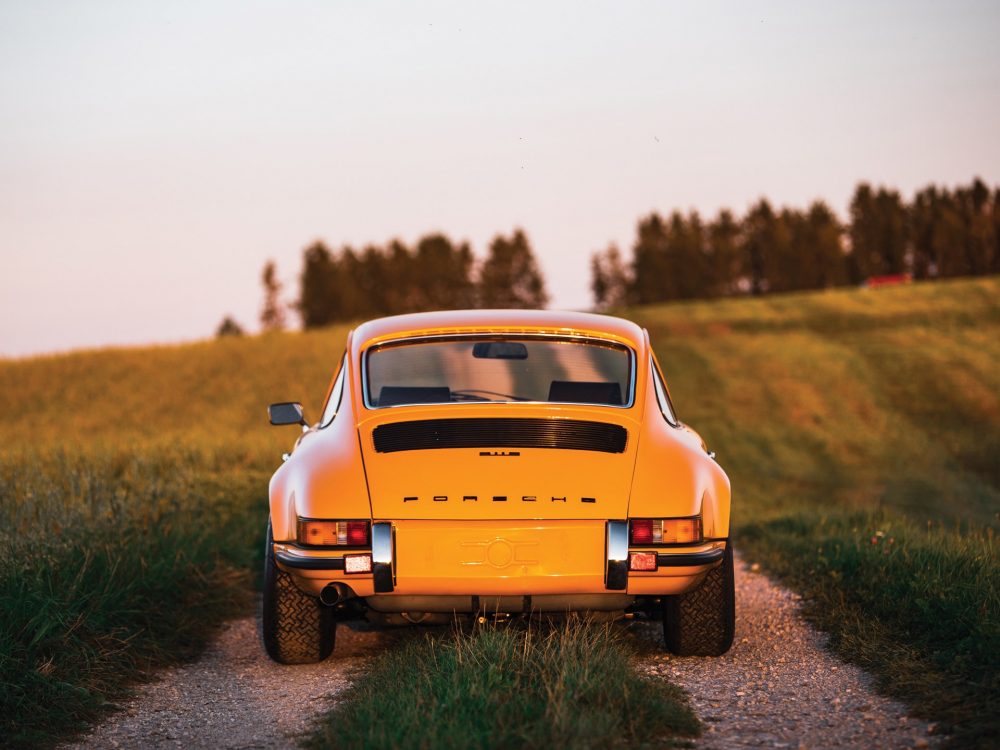 Such is the quality of the restoration, it appears largely the same as it did when it was first seen in the 1973 brochure. It still has RS bumpers, houndstooth seats, and 15-in. wheels (6-in. wide at the front and 7-in. wide at the rear), meaning that it could even be mistaken for a 911 S. Almost half a century after its production concluded, the importance of the 911 Carrera RS 2.7 remains as important today as when it was first released and now is the chance to own a part of that history.