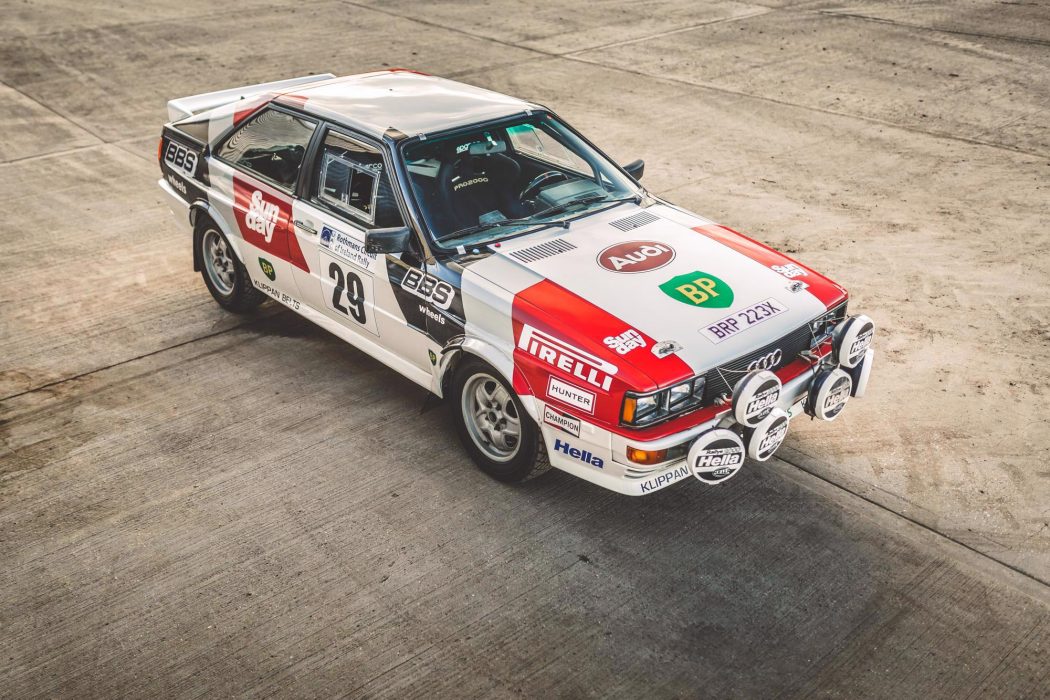 The world of rallying was really at it’s peak during the 1980s and this was as a result of the phenomenal machines that were hurtling around the tracks at this time and there are few better examples from the era than this 1981 Audi Quattro which is coming up for sale and is available for £75,000 which seems a small price to pay for such an important part of rallying history. This spectacular looking machine is one of the first Quattros brought to the UK and comes with an in-period competition history, including 1983 Rothmans Circuit of Ireland Rally. 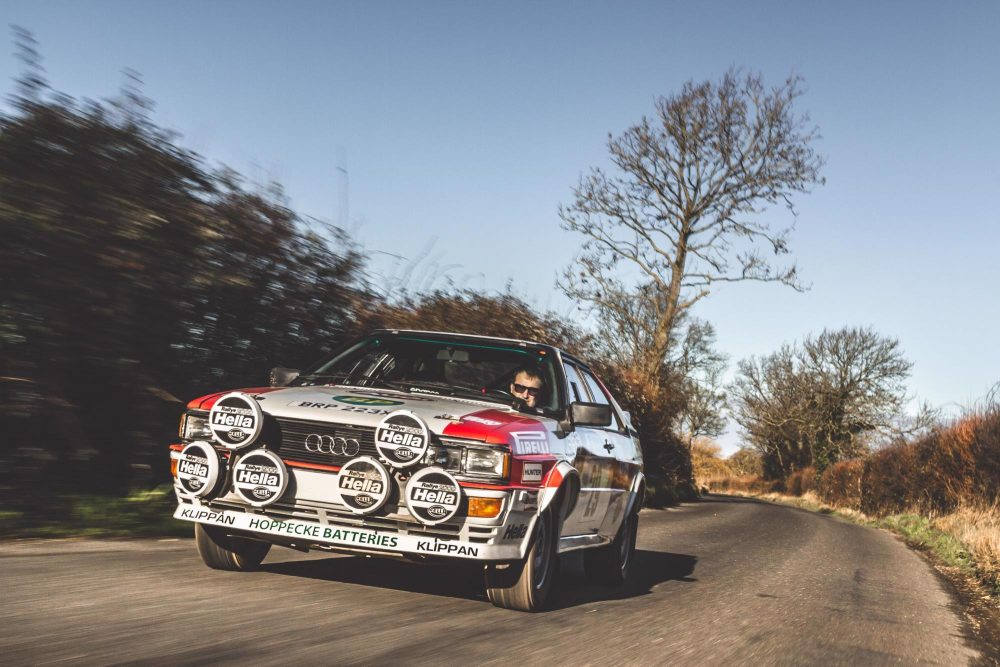 This 1981 Audi Quattro is coming up for purchase with International Collectibles and it is, without doubt, one of the most eye-catching ex-Rally cars we’ve encountered here at The Coolector. This sensational steed is one of the most influential designs of the last few decades and a successful rally car, the Audi Quattro brought four-wheel drive into the motoring mainstream. First introduced back in 1980, the Quattro was based on the outwardly similar Coupé’s bodyshell but had a different floor pan to accommodate its four-wheel-drive transmission and independent rear suspension.

It’s easy to see why the 1981 Audi Quattro was such a compelling performer in the world of rallying as a result of its wonderfully powerful five-cylinder, 2.1-litre, single-overhead-camshaft unit first seen in the 200 saloon. It comes equipped with a KKK turbocharger which helped it produce 200bhp in road trim and it was incredibly rapid and sure-footed on the road. The Quattro excelled in international rallying, and won the Manufacturers’ Championship for Audi in 1982 and 1984 and the Drivers’ Championship in 1983 and 1984. 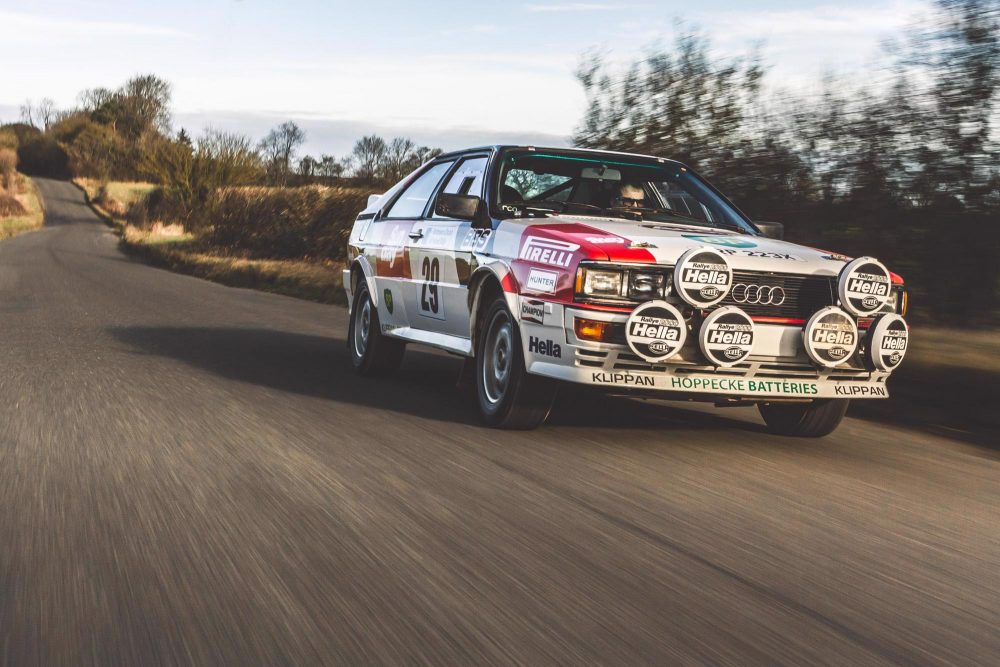 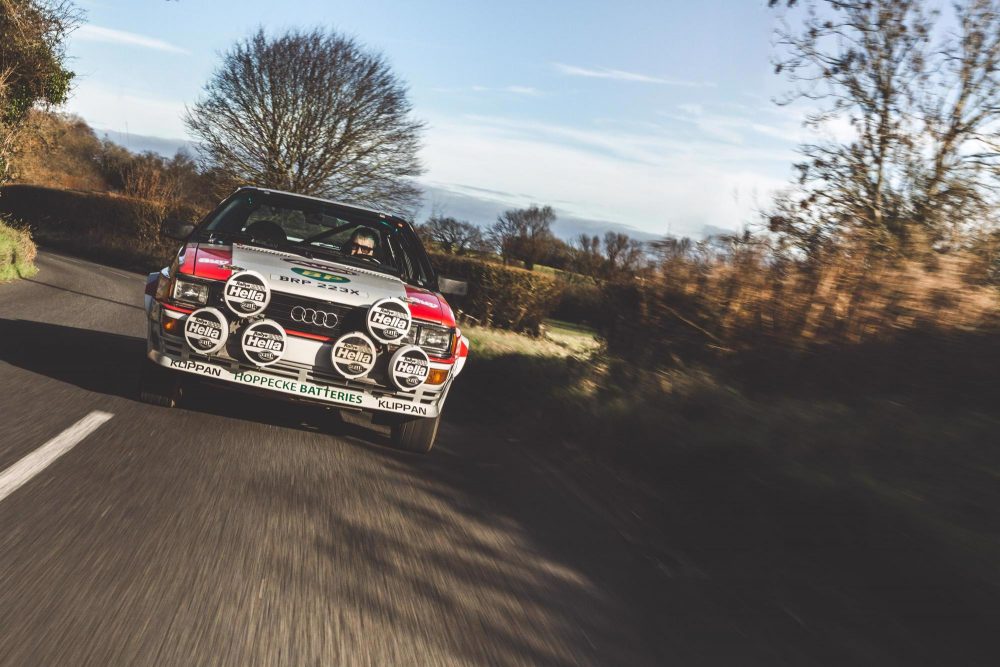 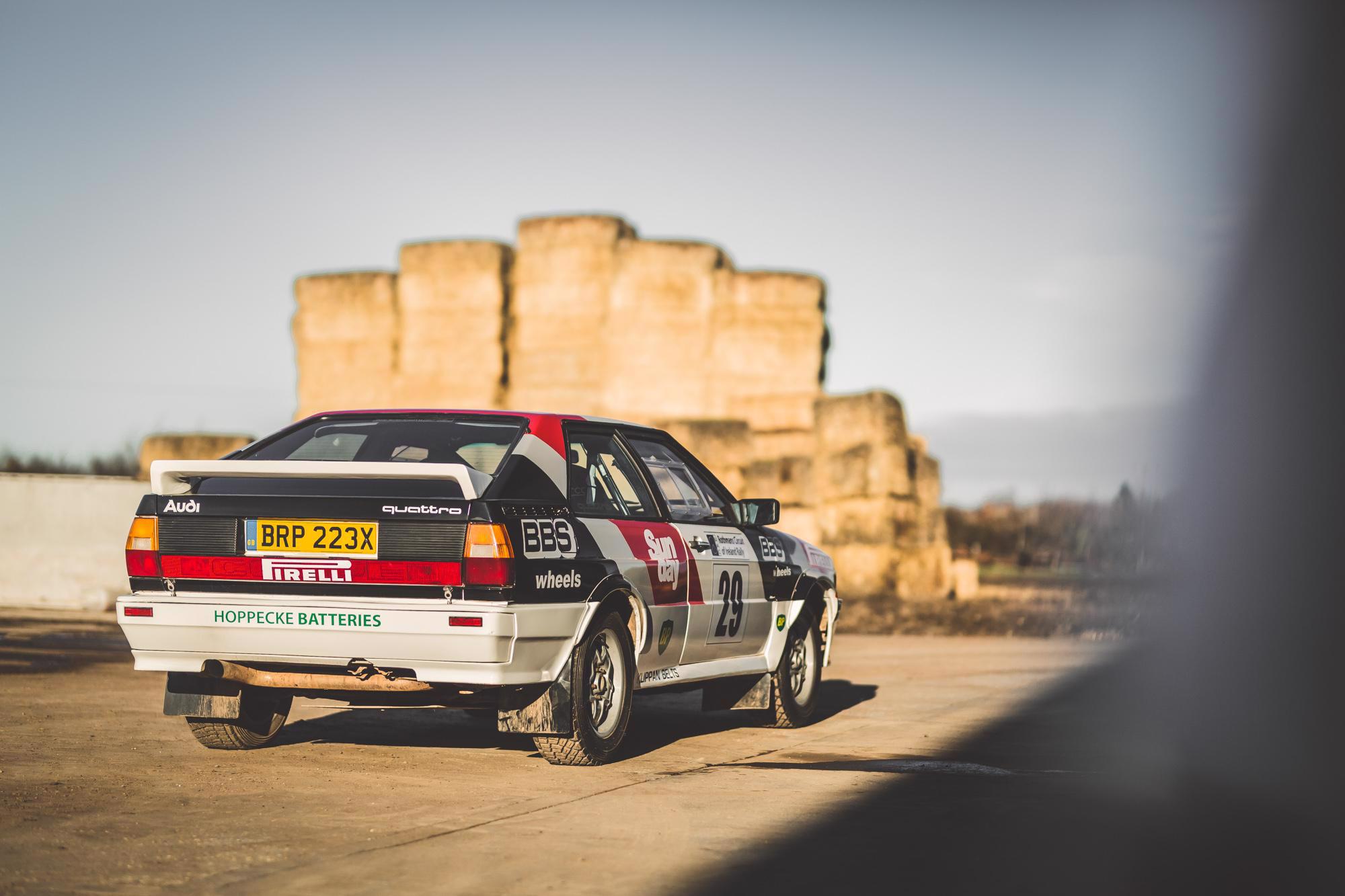 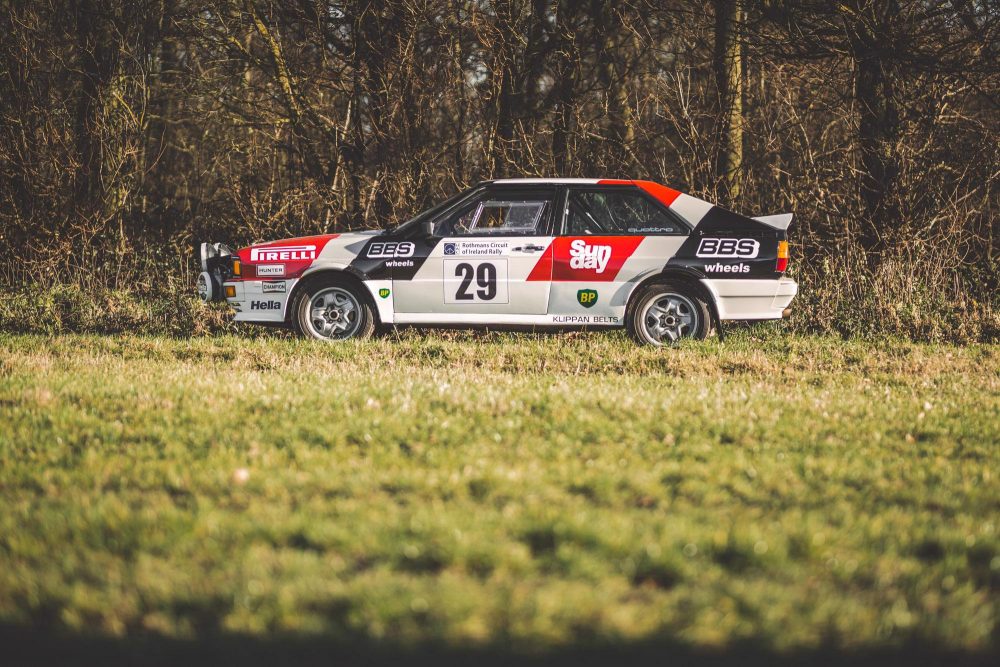 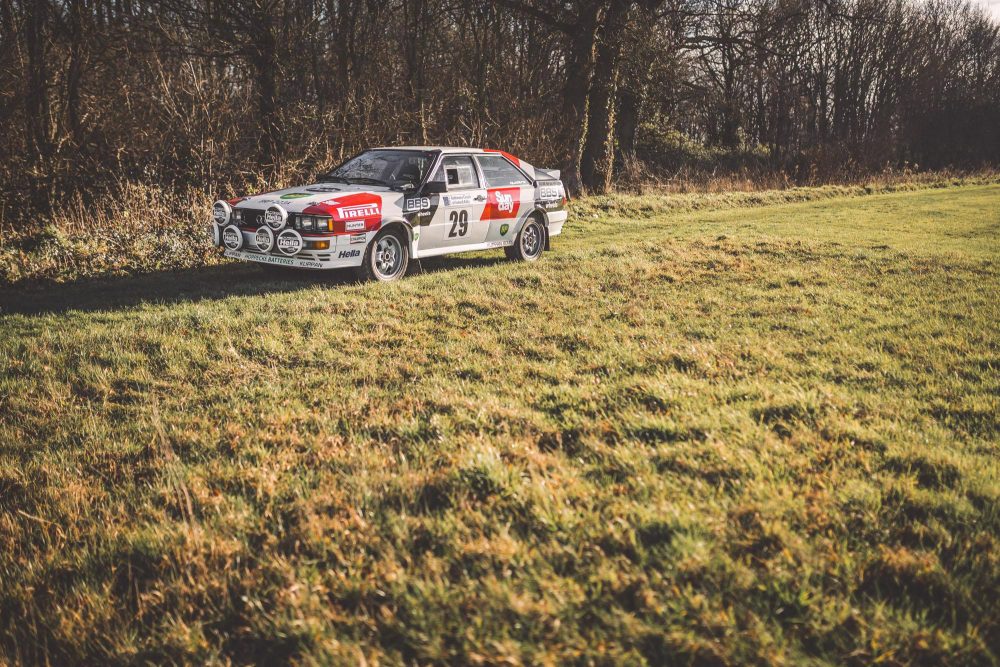 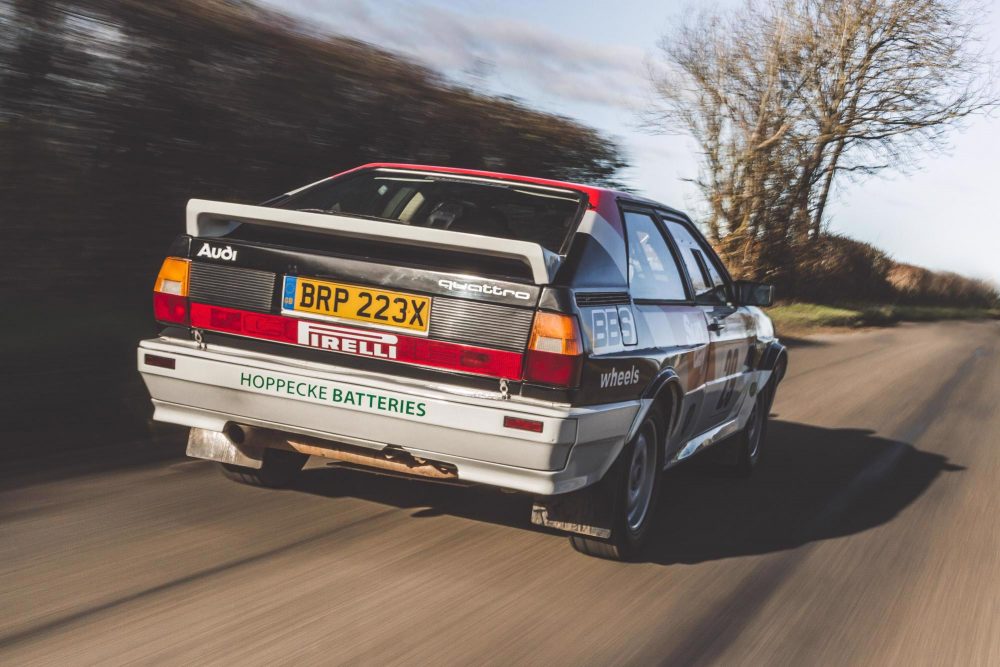 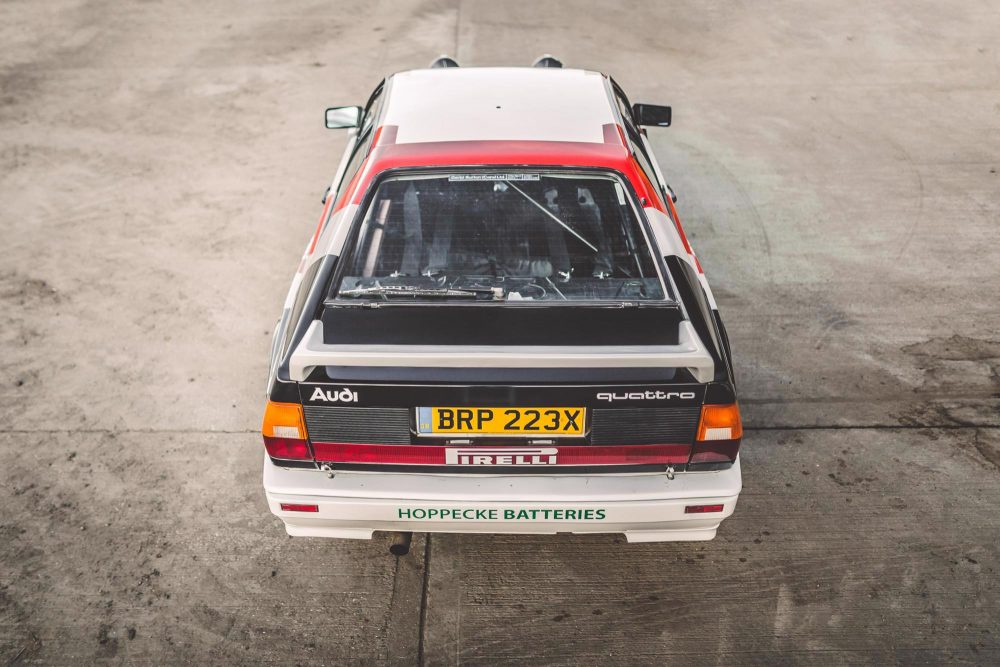 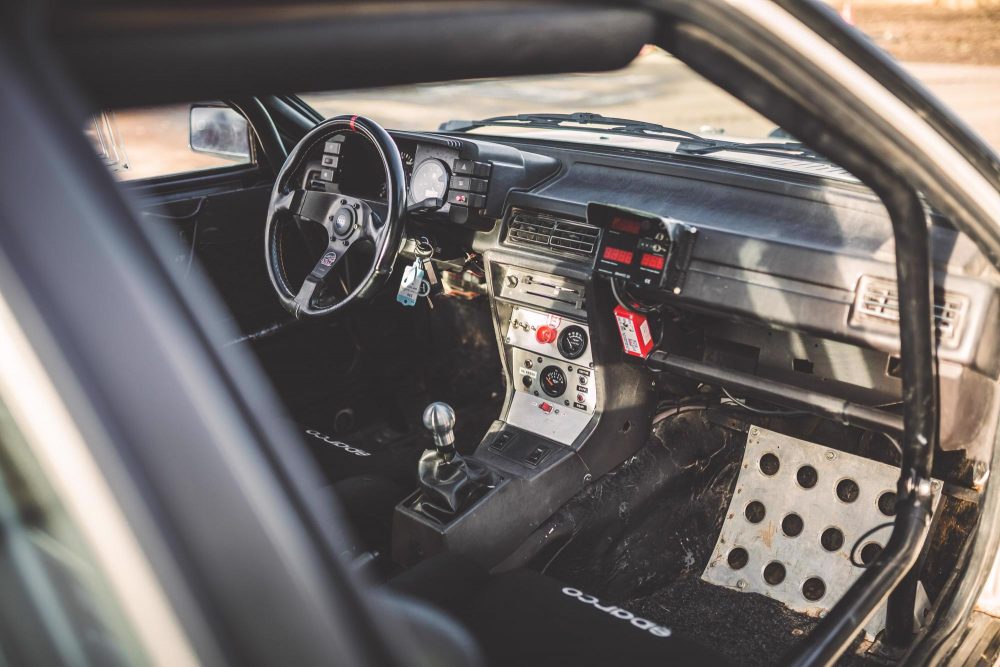 This 1981 Audi Quattro is one of the first of its kind brought into Great Britain by Volkswagen/Audi Group (UK). It was first registered in September 1981 and used as an official press and demonstrator car by VAG before being assigned to David Sutton Motorsport’s official Audi Rally Team in 1982. During its life as a press car, ‘BRP 223X’ was featured in VAG publicity materials and other publications, which included an extensive article in the April 1982 edition of CAR Magazine, where it was used to follow the 1982 Monte Carlo Rally. 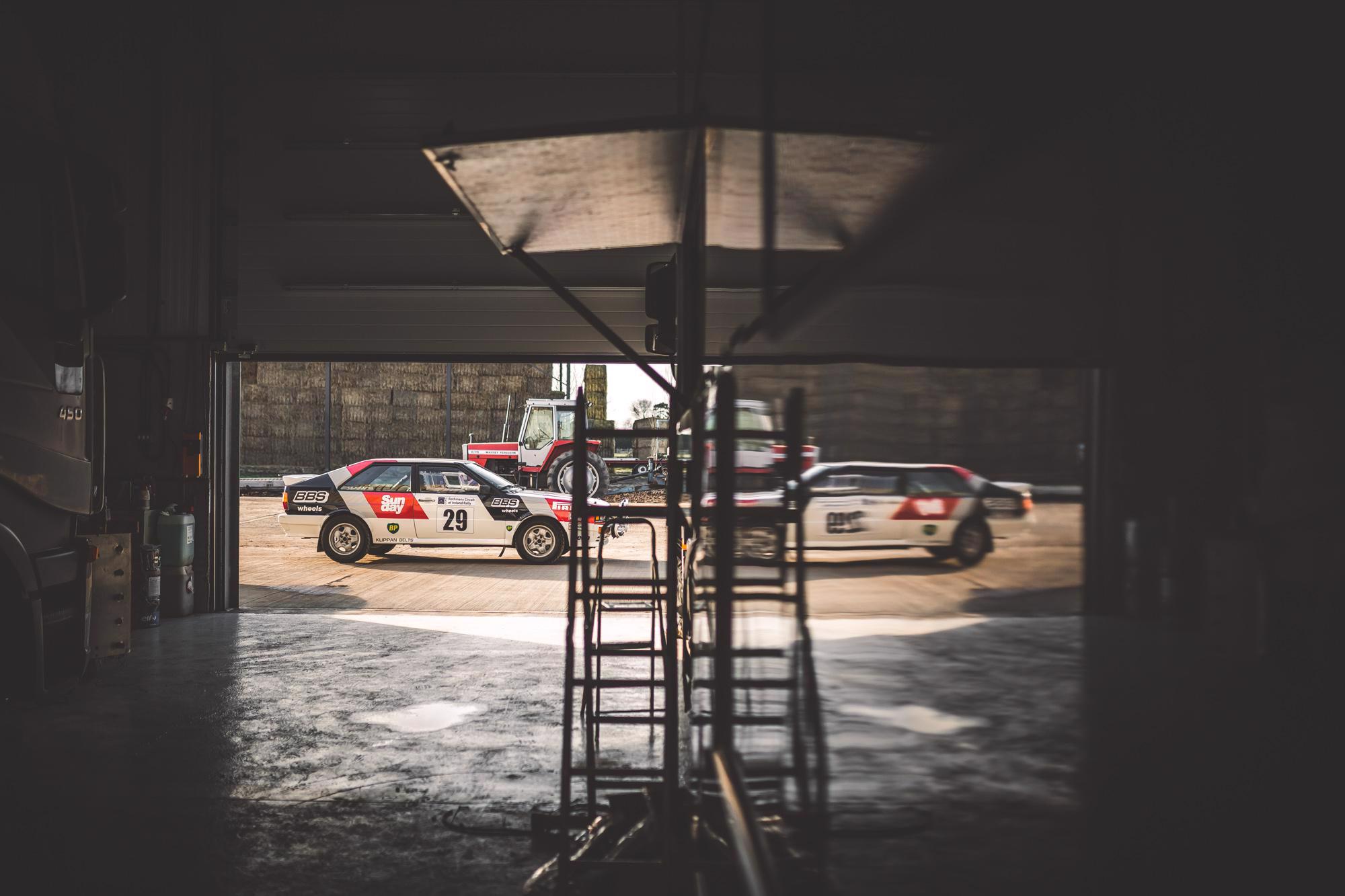 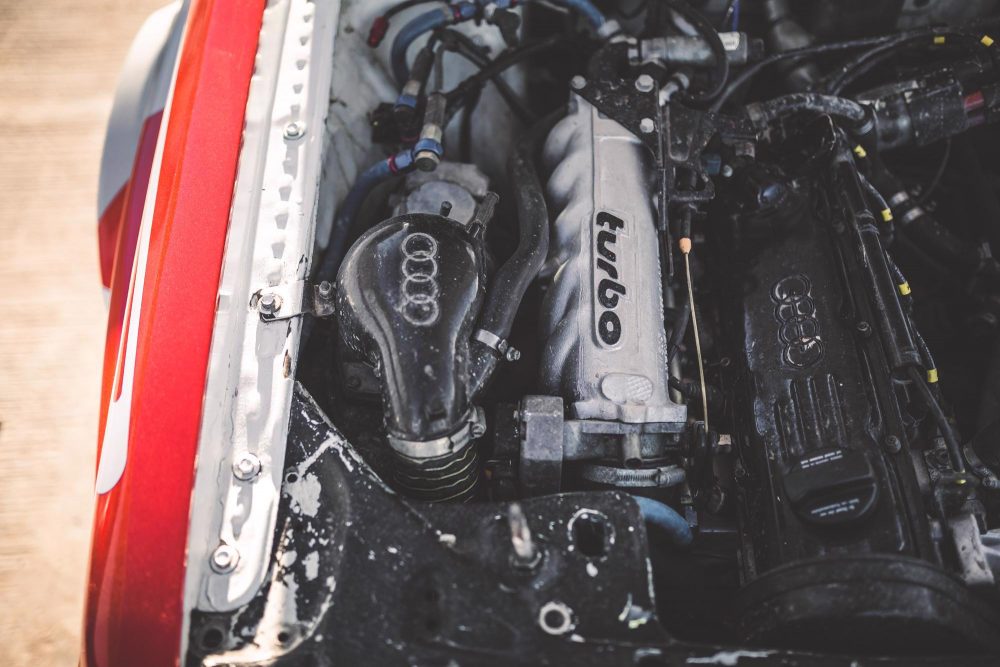 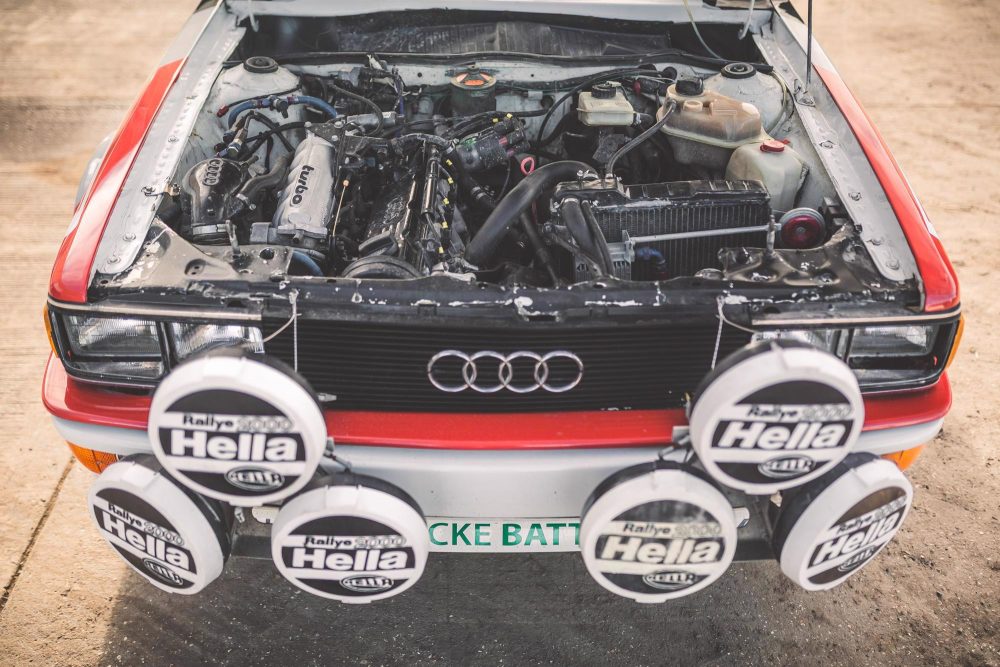 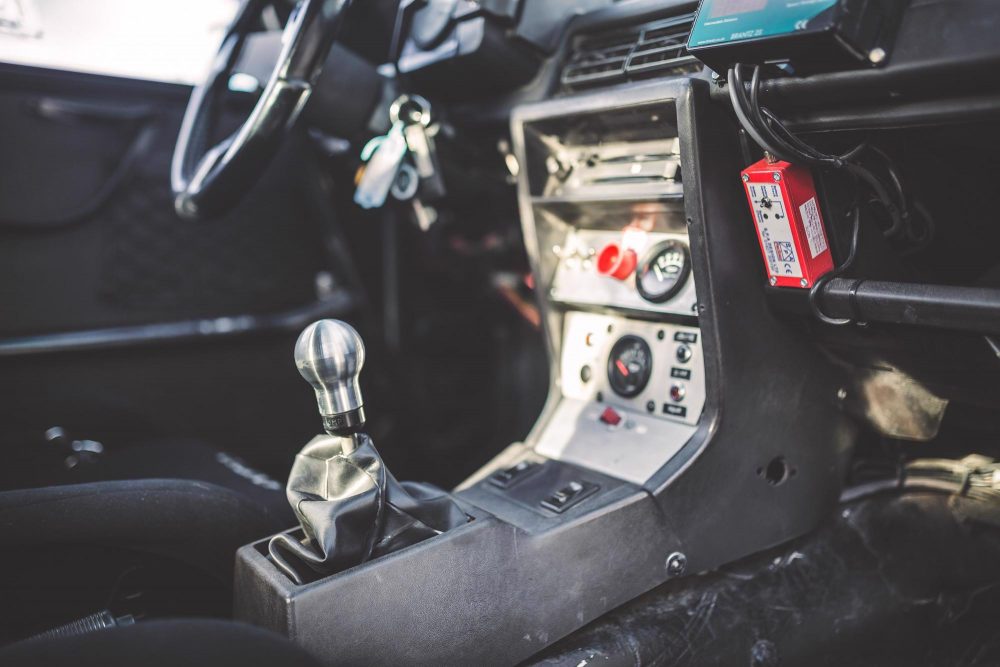 It competed in a number of rallies in period, which included the 1983 Rothmans Circuit of Ireland Rally where it was driven by Robert McBurney and it was entered alongside Stig Blomqvist’s Quattro and Harald Demuth’s 80 Quattro. In 1985 Sutton sold the Quattro to the Madeiran rally driver José Barros, who carried on using the car in international rallies which included the Rali Vinho da Madeira in 1985, 1986, and 1987.

The 1981 Audi Quattro from International Collectibles has an engine made by the recognised Audi competition specialist Lehmann Motoren of Triesen, Lichtenstein. This engine, which is thought to have been fitted early in the car’s life, was rebuilt by specialists Dialynx of Swindon in 2009. After that, the Quattro has competed in the 2009 Trackrod Rally and two Welsh rallies in 2010, and has been displayed at the British Rally Show at Chatsworth (2010) and Coventry (2011). 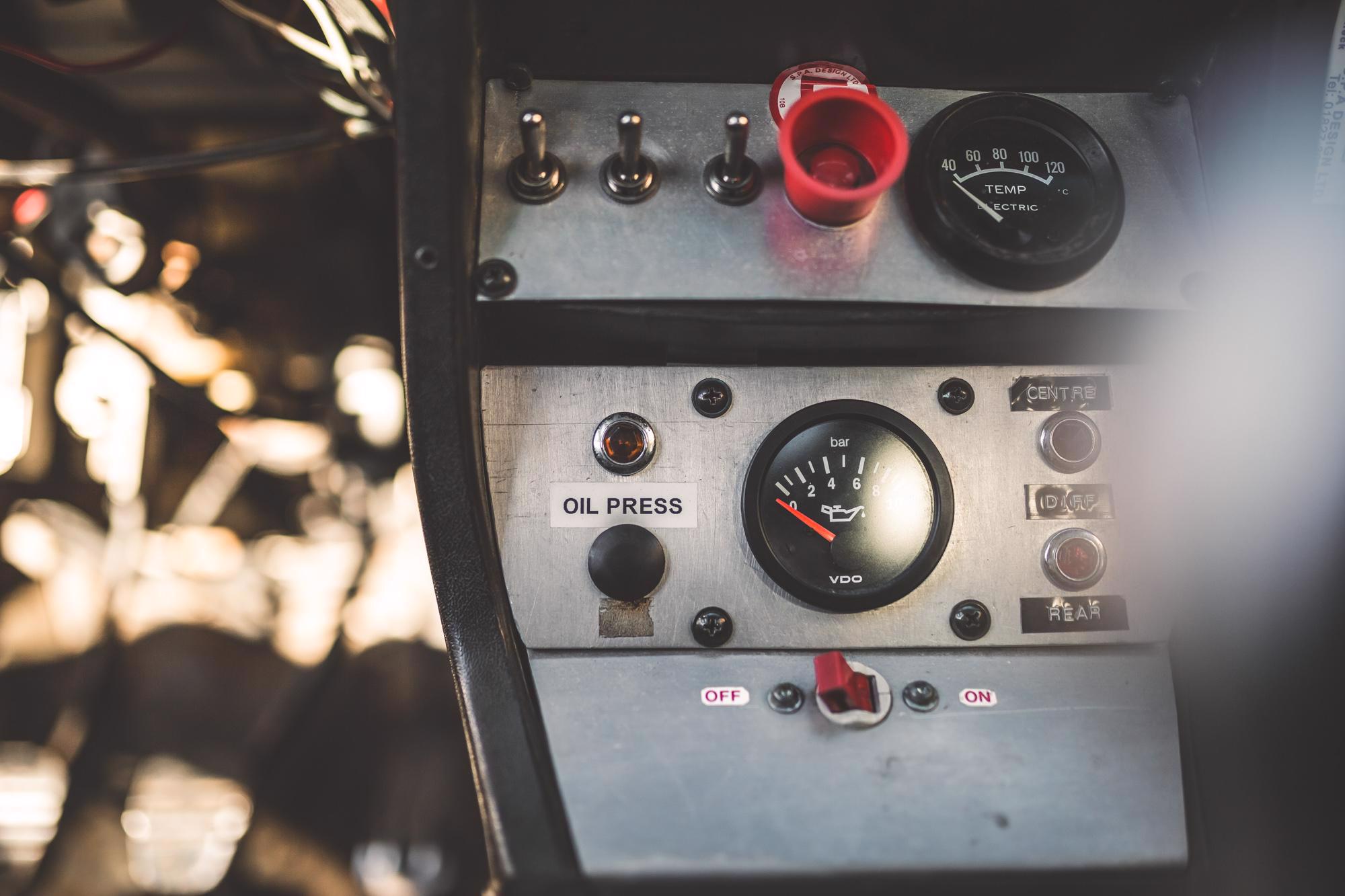 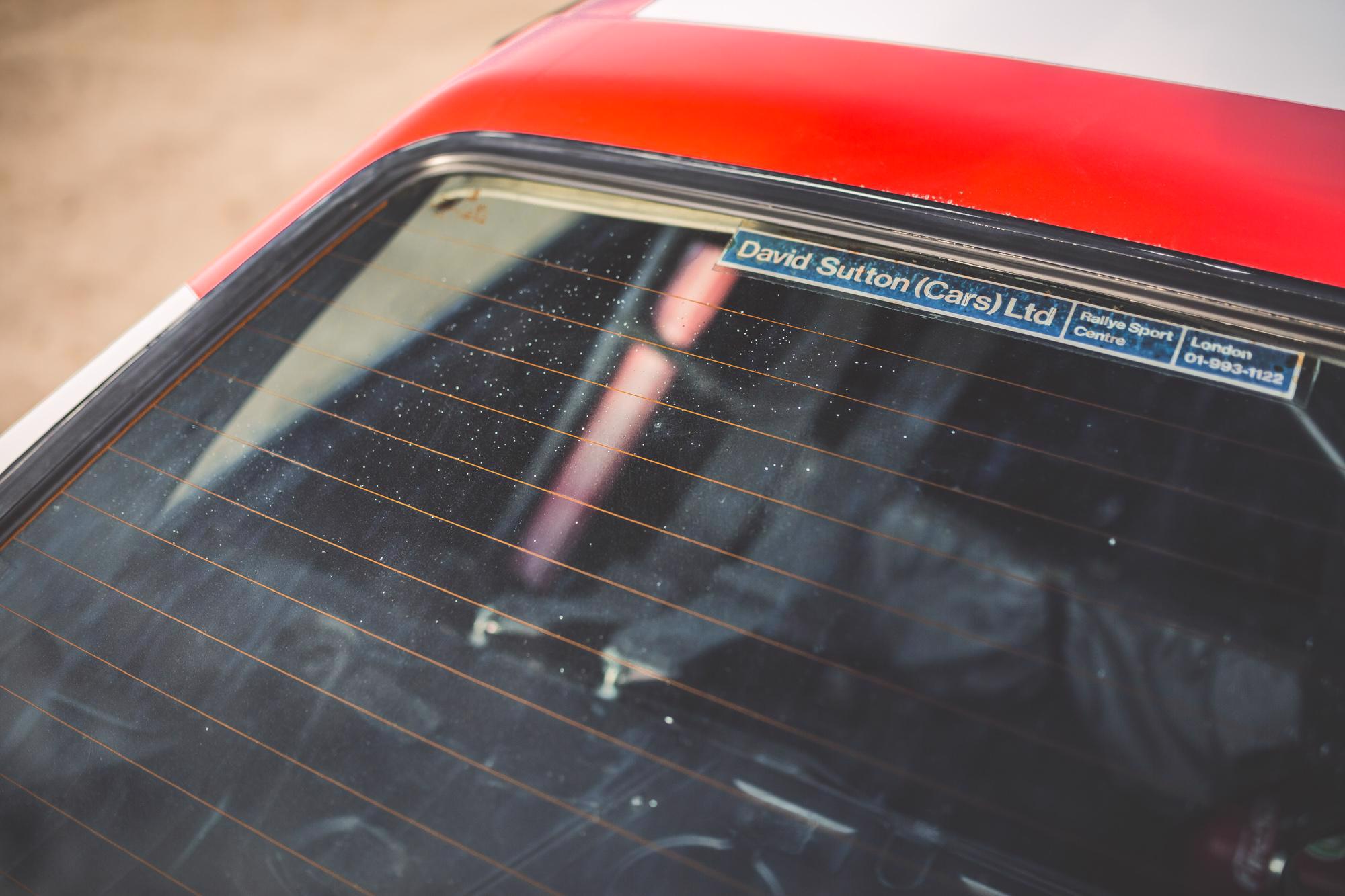 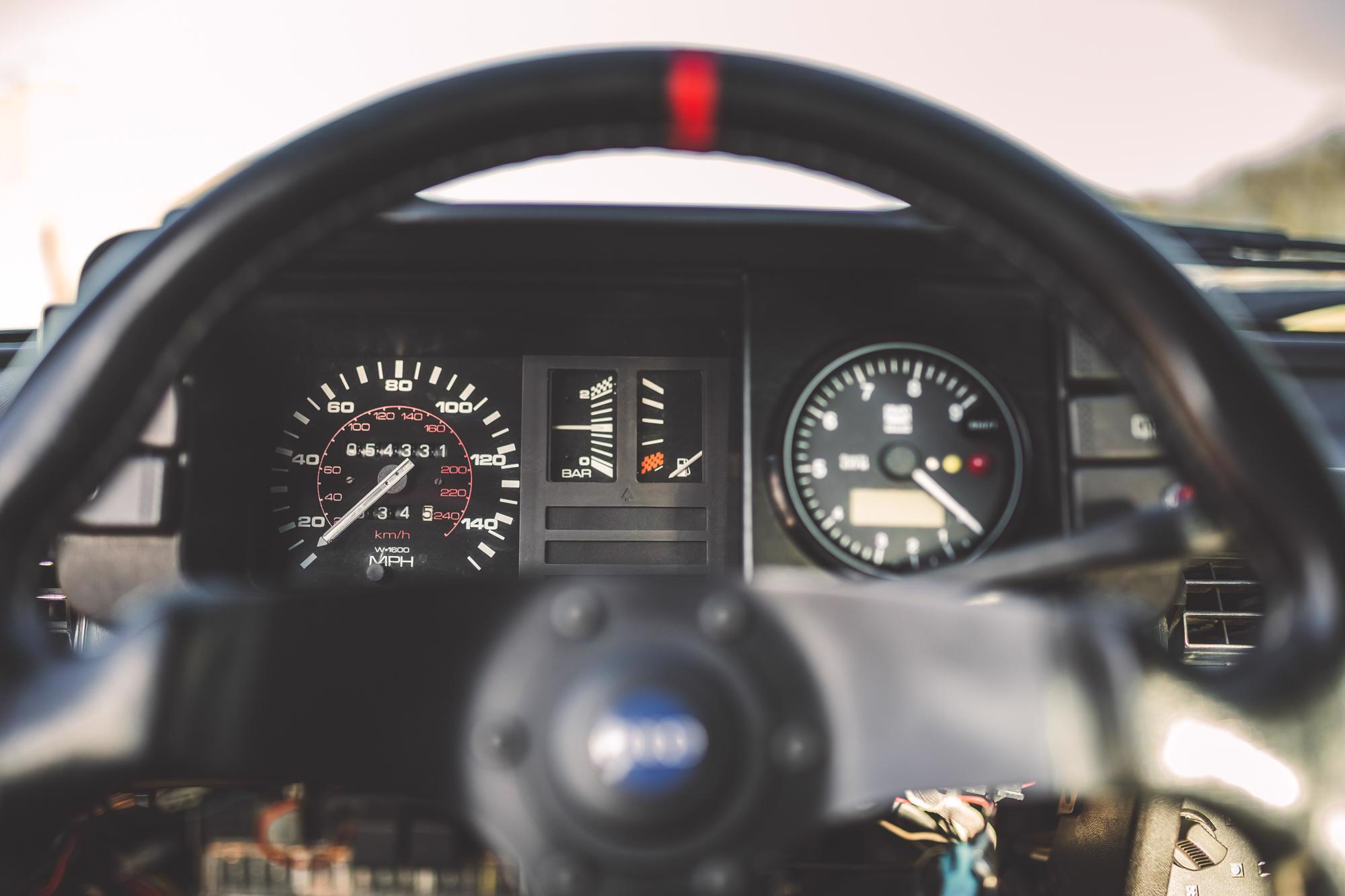 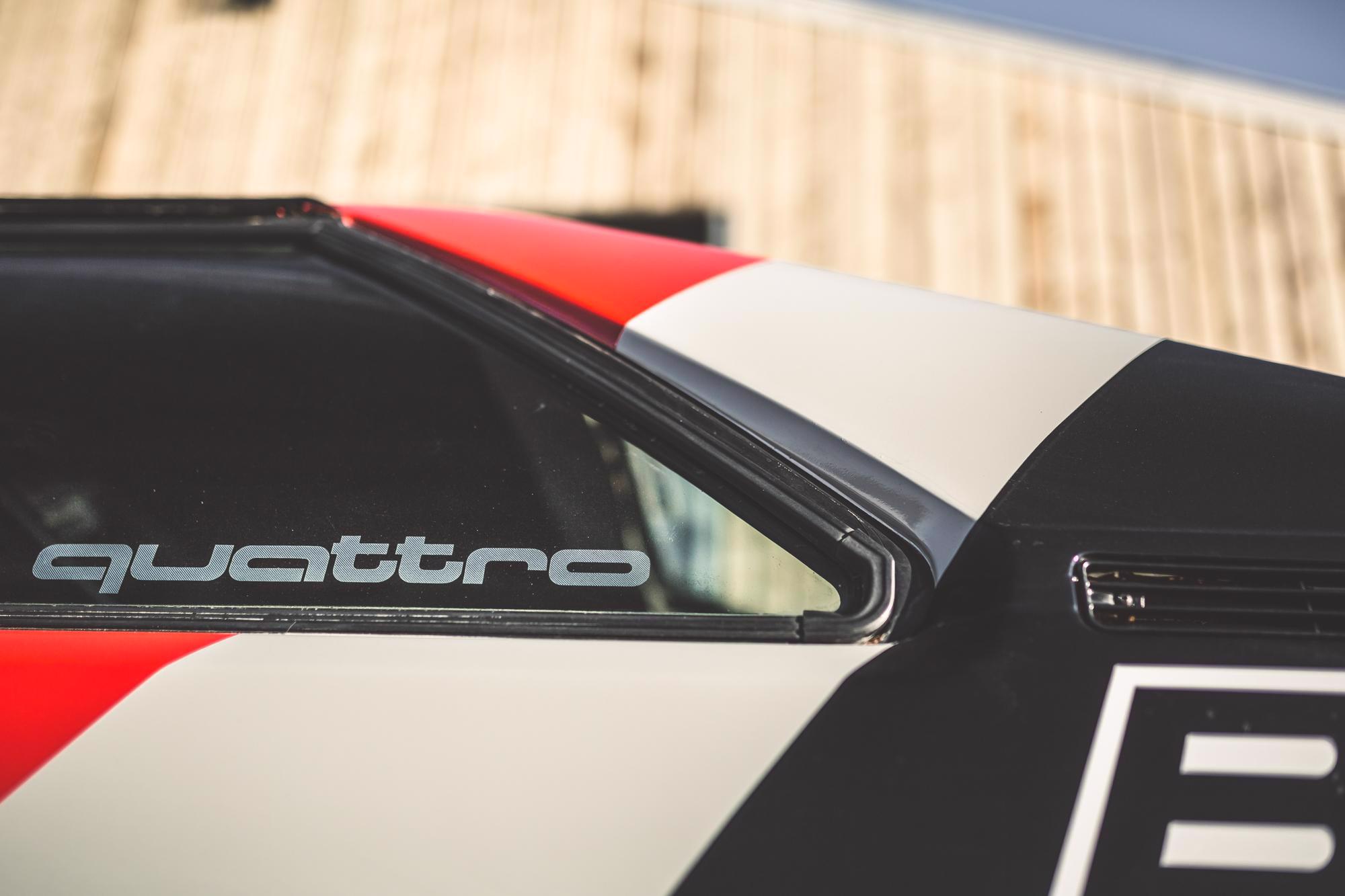 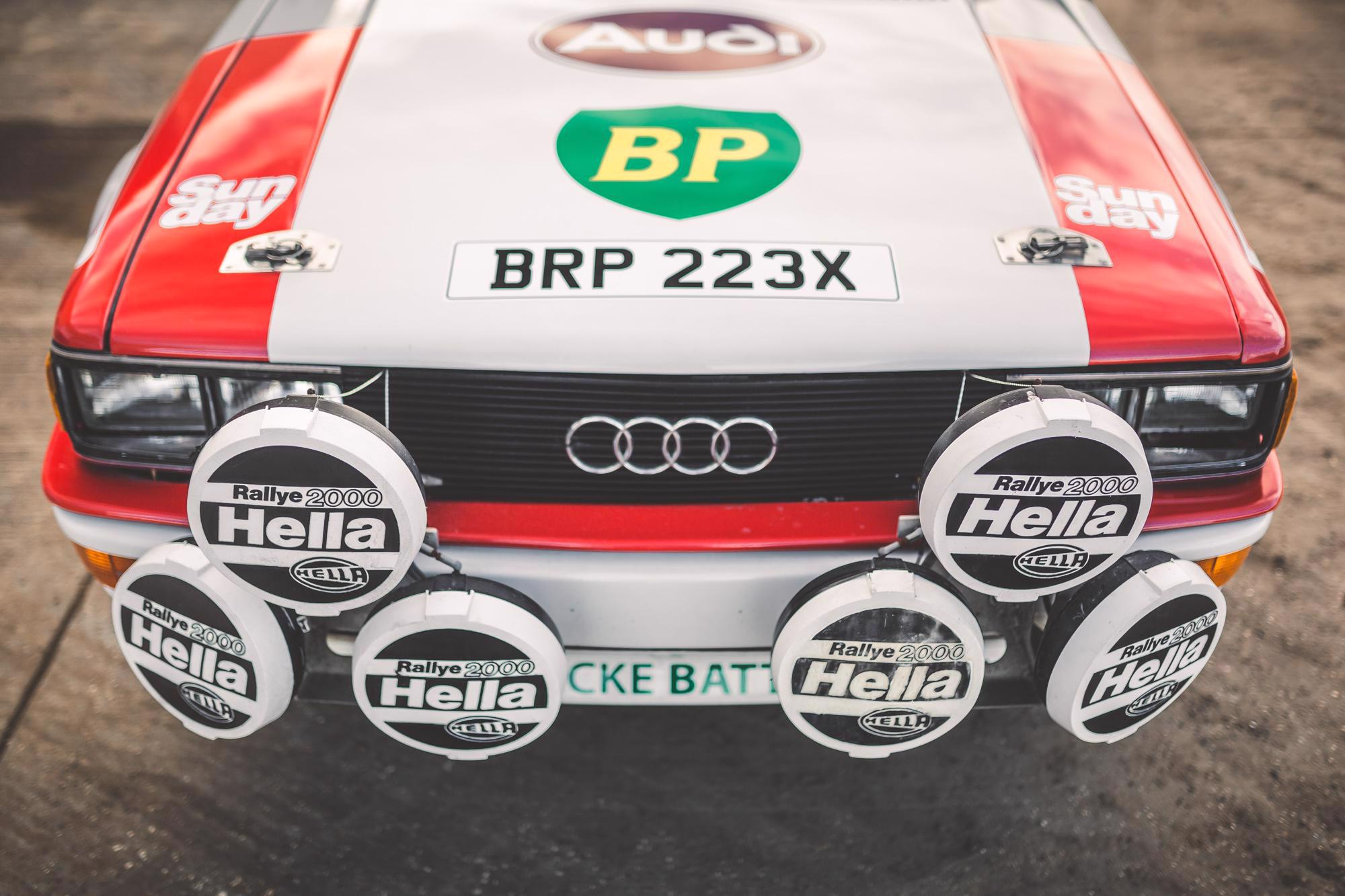 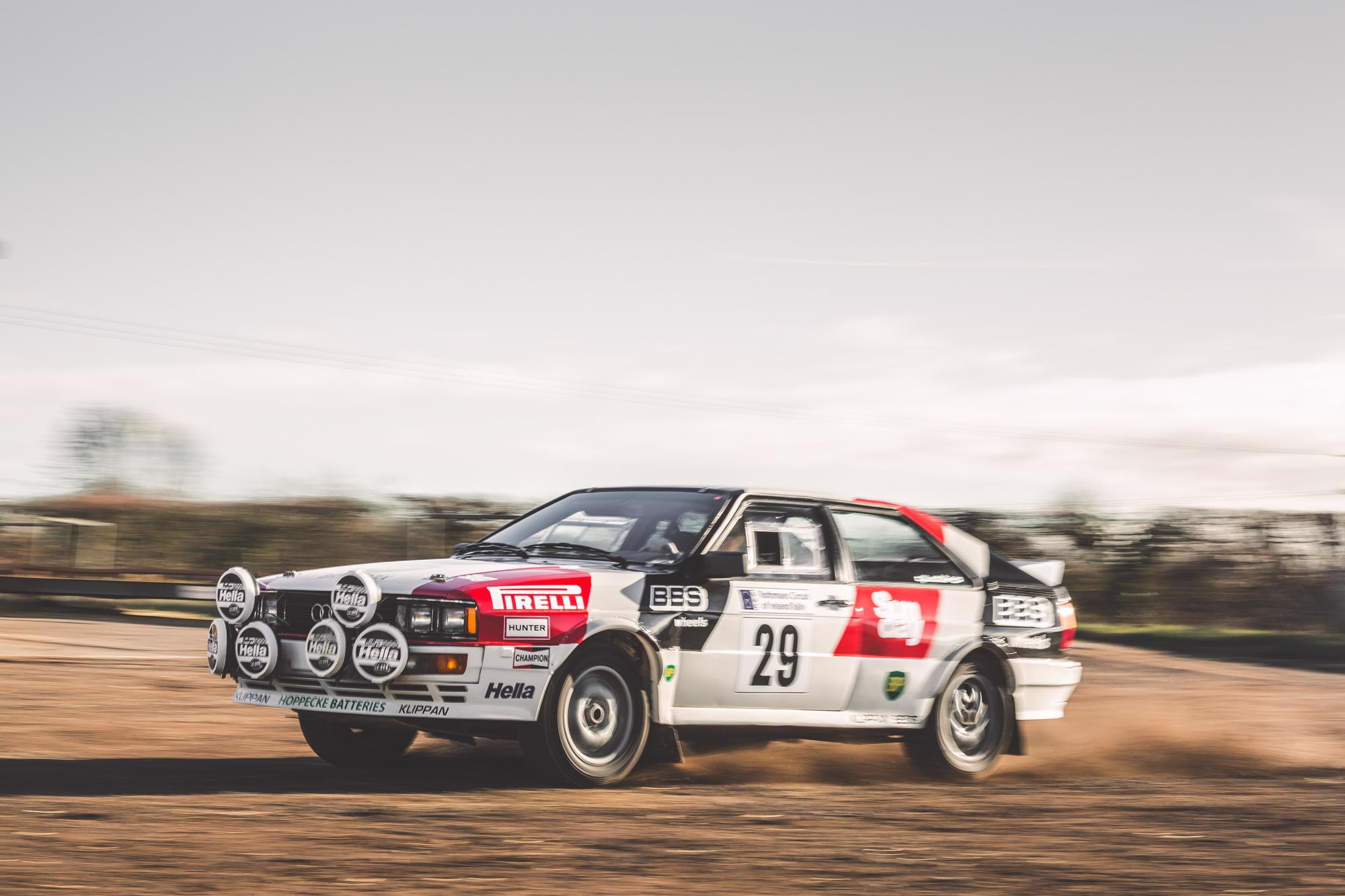 If you’ve got a love of vintage cars and the golden age of rally driving (and have £75k burning a hole in your pocket), we can think of worse things to spend your money on than this incredible looking machine which has quite a storied history and retains the same performance that it did over thirty years ago.

With so many great American lifestyle brands out there, we’re spoilt for choice when it comes to awesome wares so when two of the… 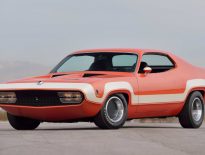 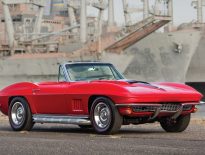