We’ve certainly featured more than our fair share of Porsches here on the pages of The Coolector but most have heralded from the 60s but this 1988 Porsche 959 Komfort, which is available for private sale with RM Sotheby’s, was, quite frankly, too good to be ignored. This majestic piece of automotive design sums up the 80s aesthetic wonderfully well and it is in remarkable condition for a car that is over three decades old. Word of warning, however, it is Price Upon Request, which is seldom good news for your wallet. 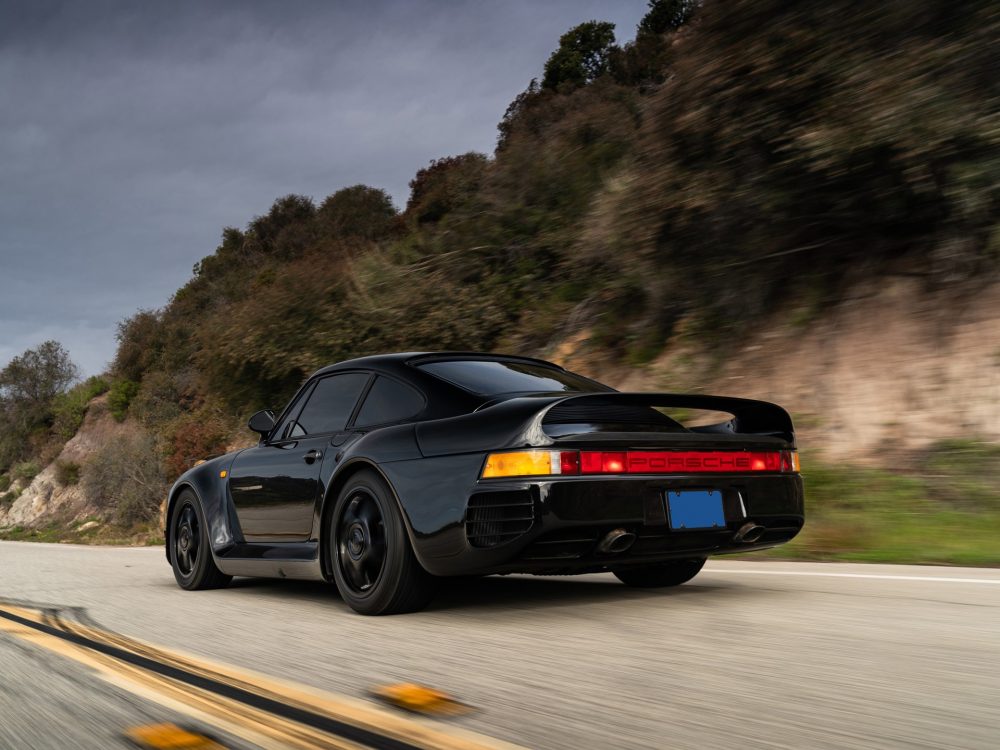 The 1988 Porsche 959 Komfort from RM Sotheby’s is a stealthy looking machine that is dripping in old school cool. It is finished in Paint-to-Sample black over a unique and eye-catching beige leather interior. This stunning steed looks as though it could have been plucked straight out of an 80s cop show and we’re loving that vibe it exudes here at Coolector HQ. Boasting a lesser seen shape for a Porsche, this marvellous machine boasts numerous custom touches from the Porsche “Special Wishes” department.

Needless to say, one of the first things you’ll notice about the 1988 Porsche 959 Komfort is what an excellent condition that it is in and that’s as a result of it having just three (careful) owners from new. It has been upgraded to “959 S” suspension and will make a stand out addition to any luxury Porsche collector’s line up of vehicles. It is amongst the 284 production 959s that were built and it is believed that roughly 20–25 cars were built through this “Special Wishes” service from Porsche, including the example offered here, so it will be an incredibly rare collector’s item. 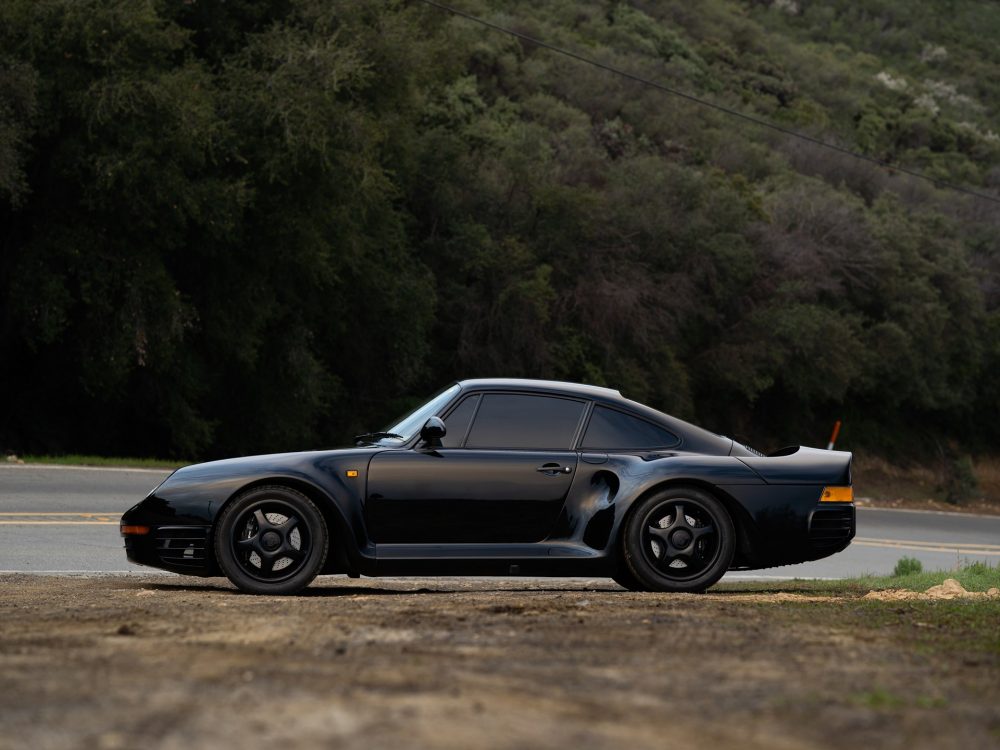 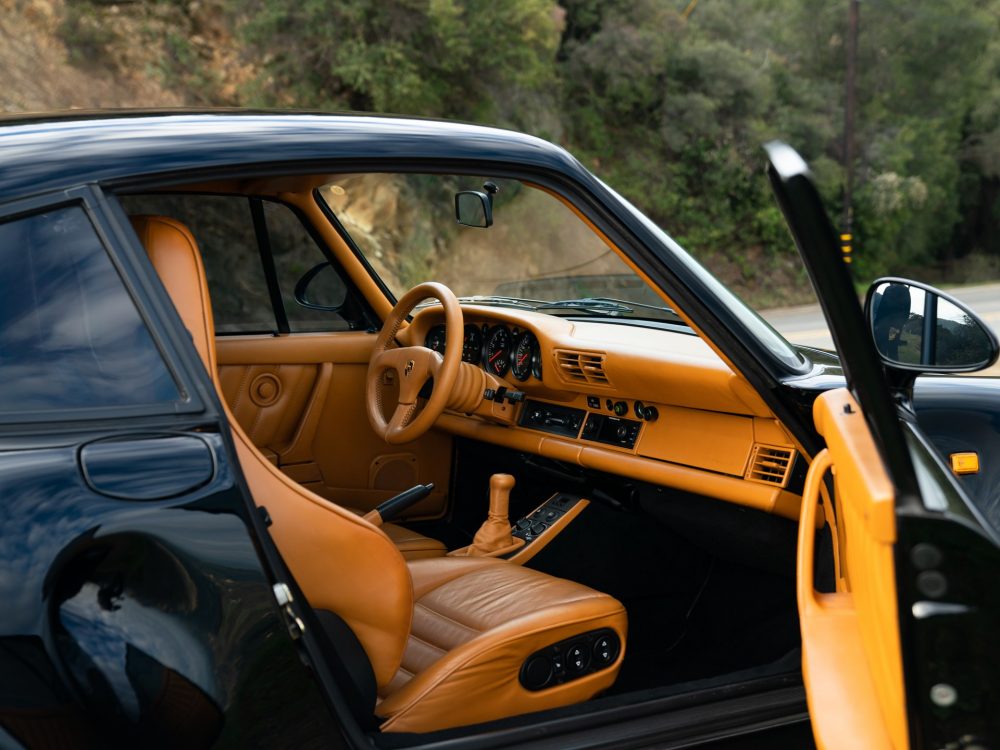 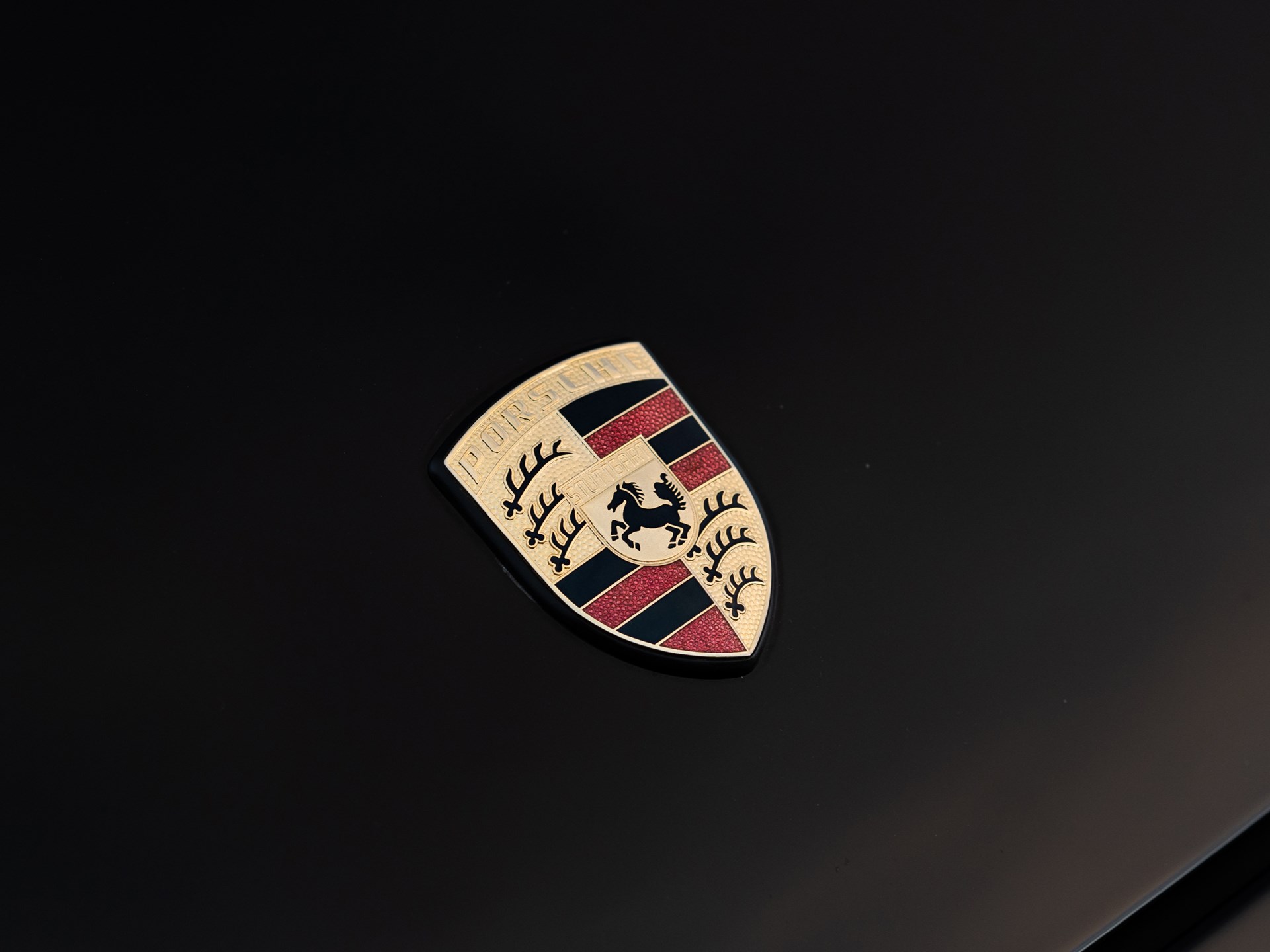 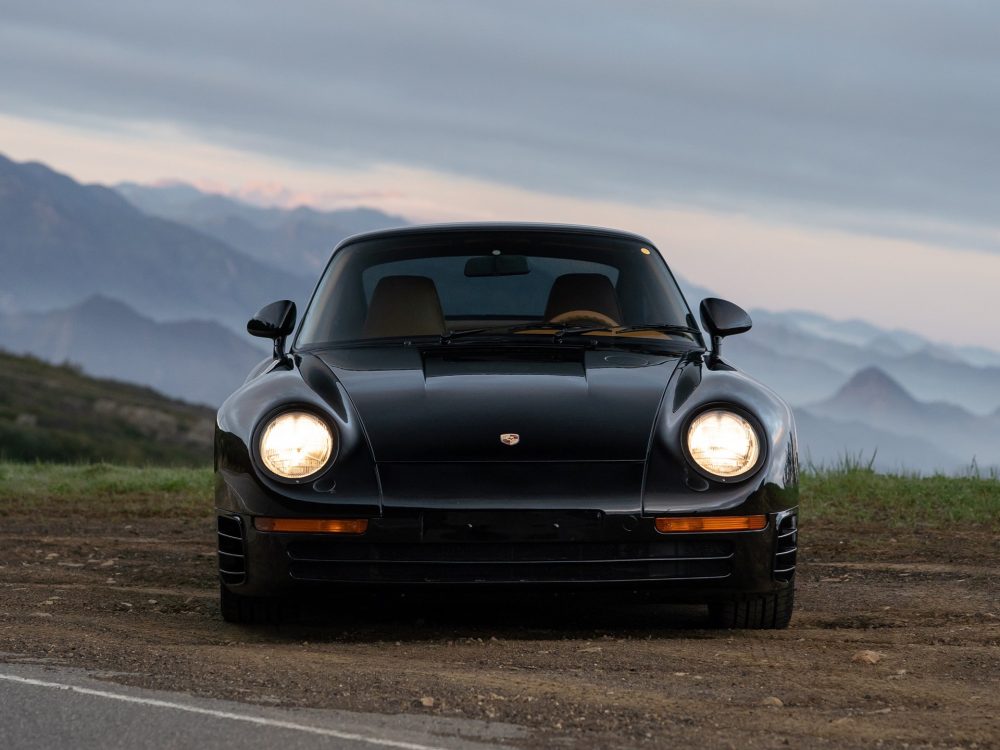 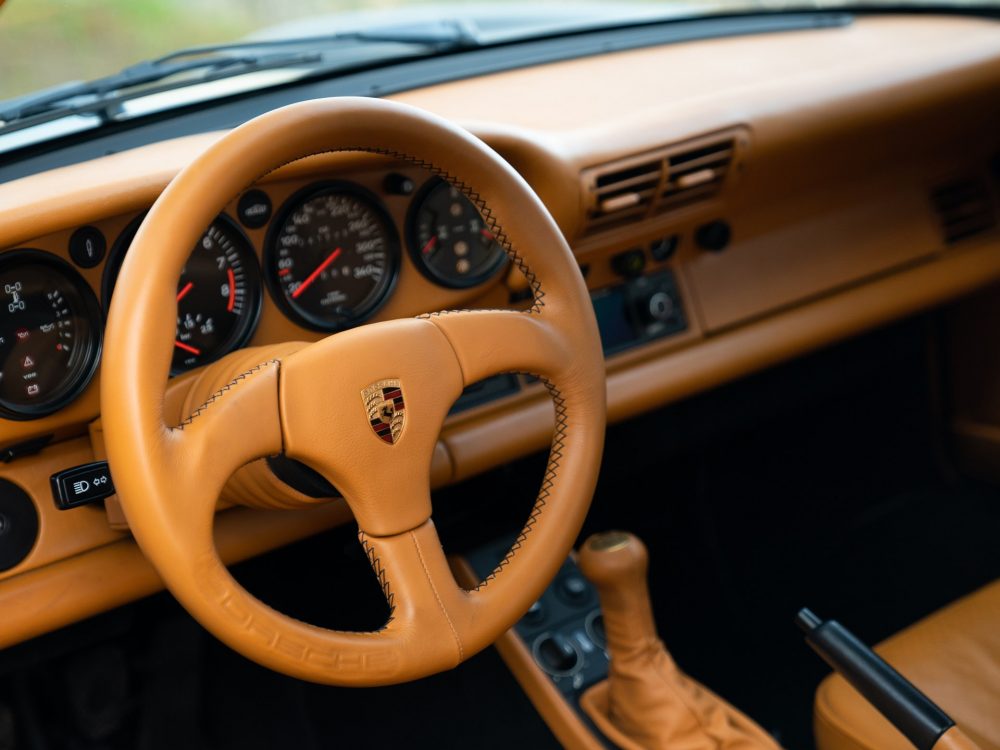 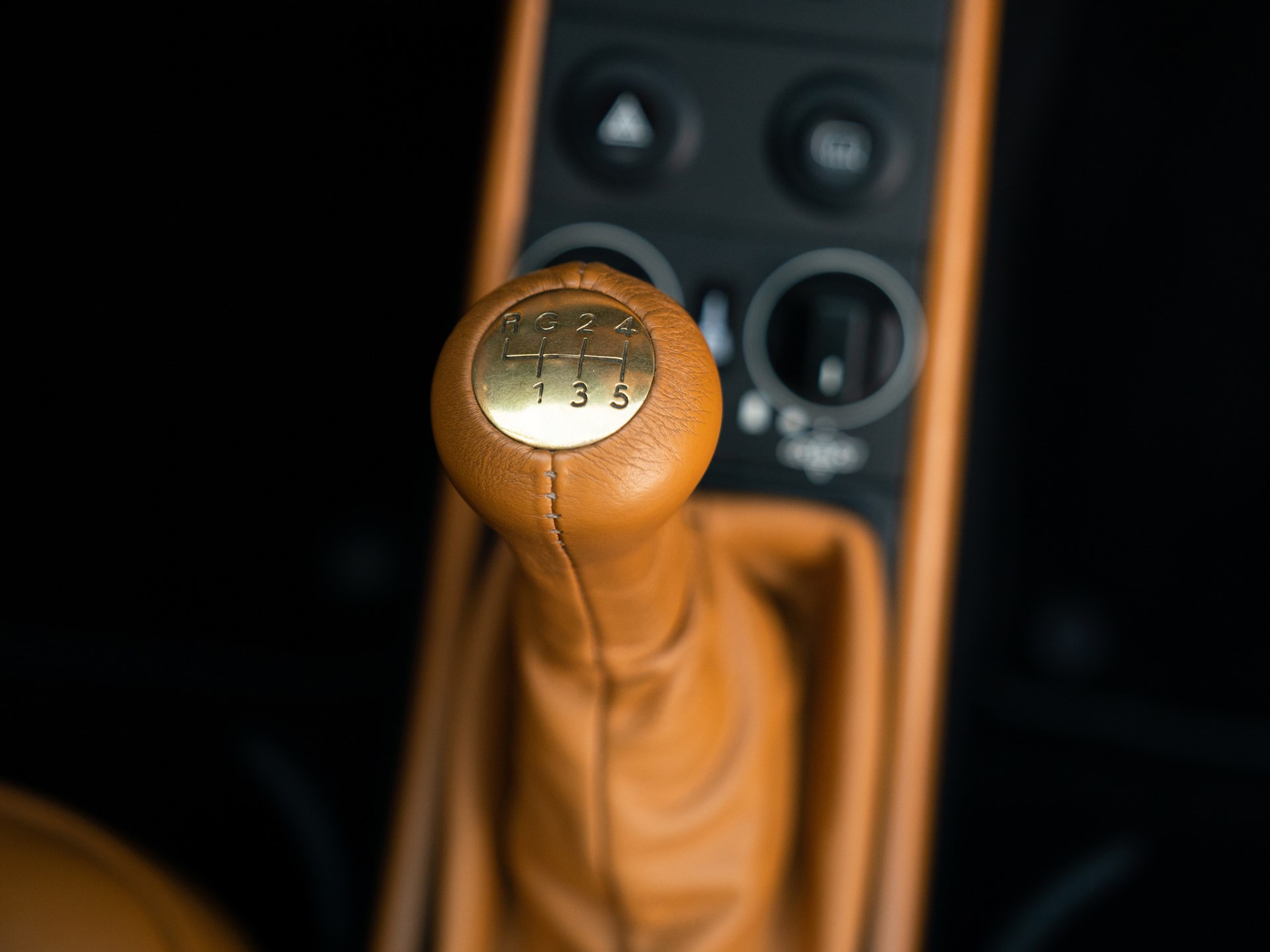 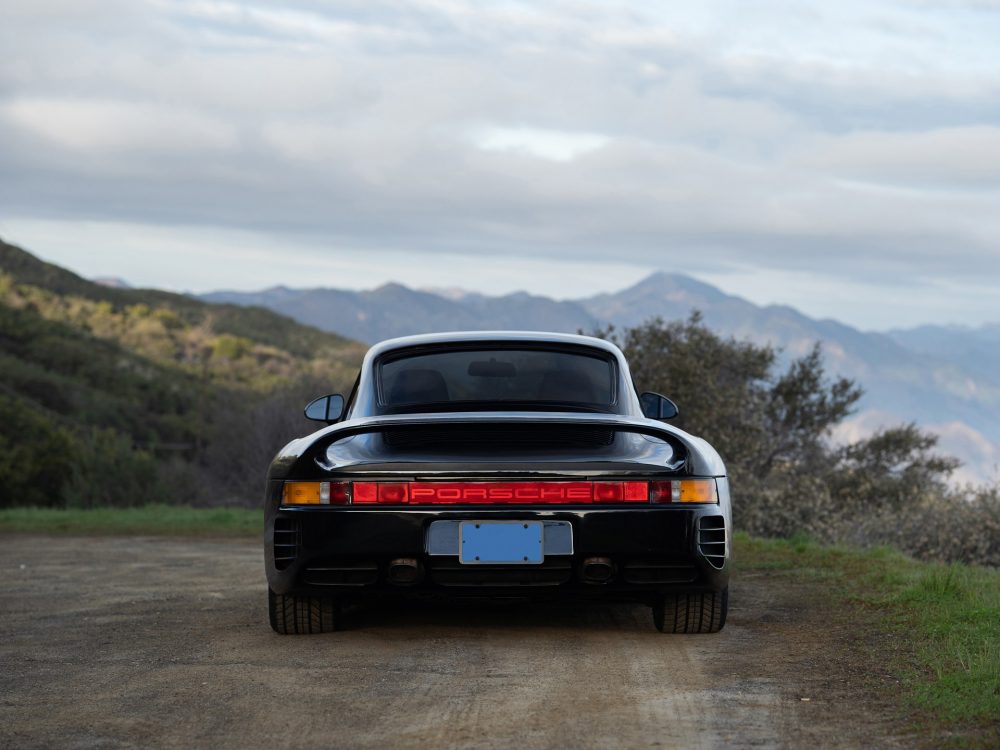 The 1988 Porsche 959 Komfort available as a private sale from RM Sotheby’s was first owned by Dr. Friedrich Christian Flick. Born into one of Germany’s most prominent families, Flick accumulated one of the world’s most impressive line ups of contemporary art, with approximately 2,500 works by 150 artists. Flick’s collection was so significant that when he donated 166 works to the National Gallery in early 2018, it was the largest gift from an individual person since the museum’s founding in the 18th century. So, when Flick turned to Porsche’s “Special Wishes” team, you knew they’d come up with something special. 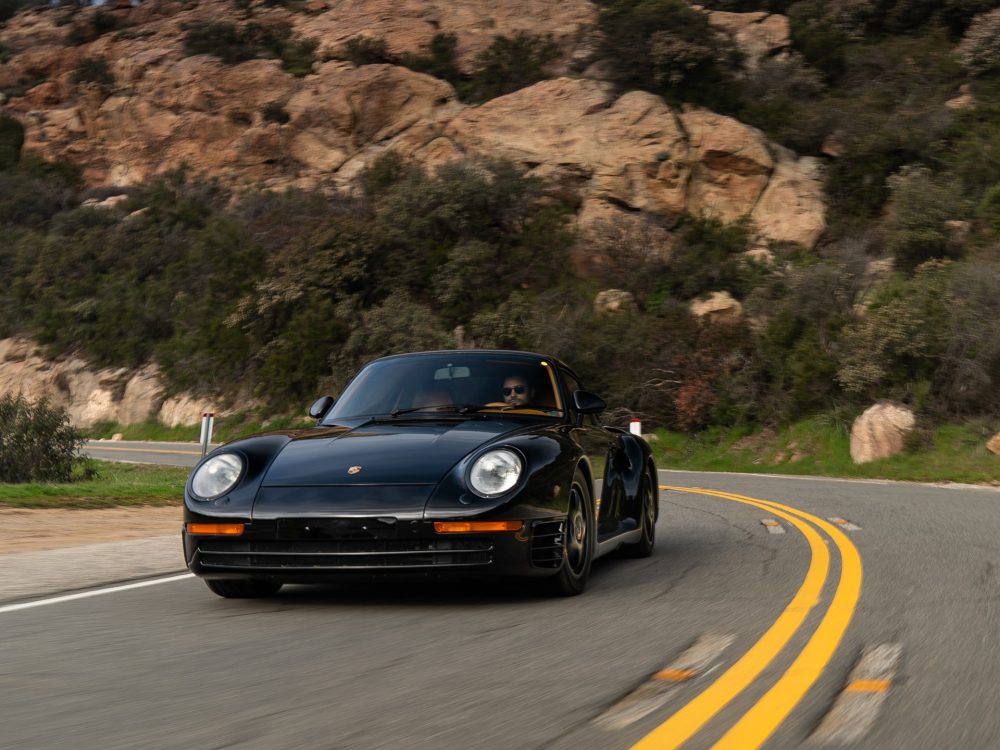 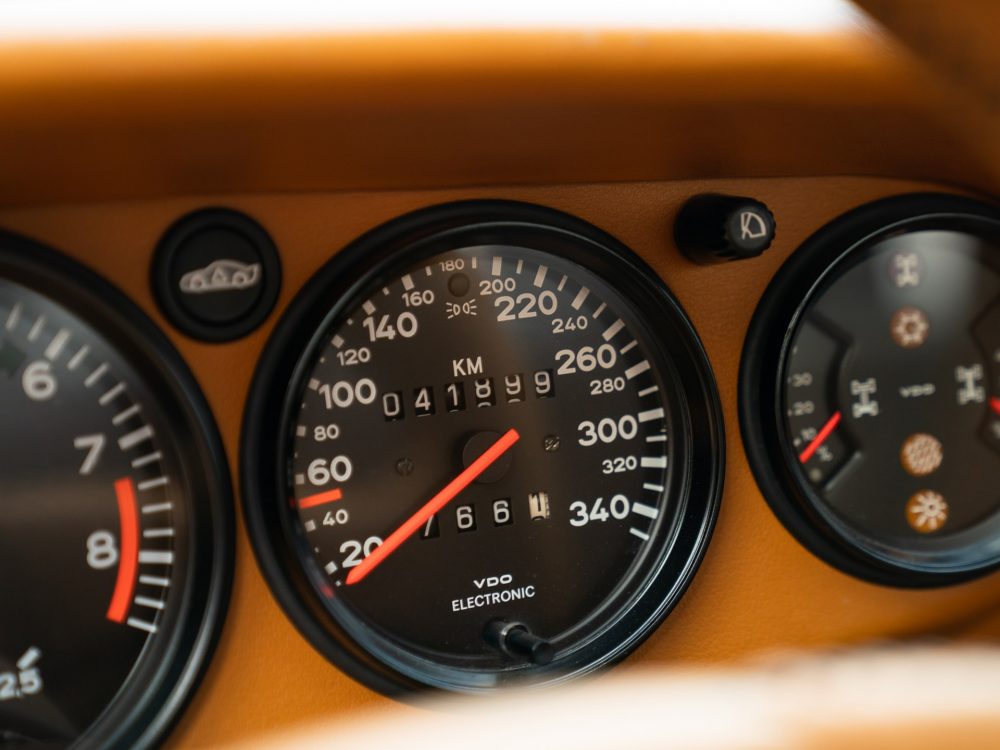 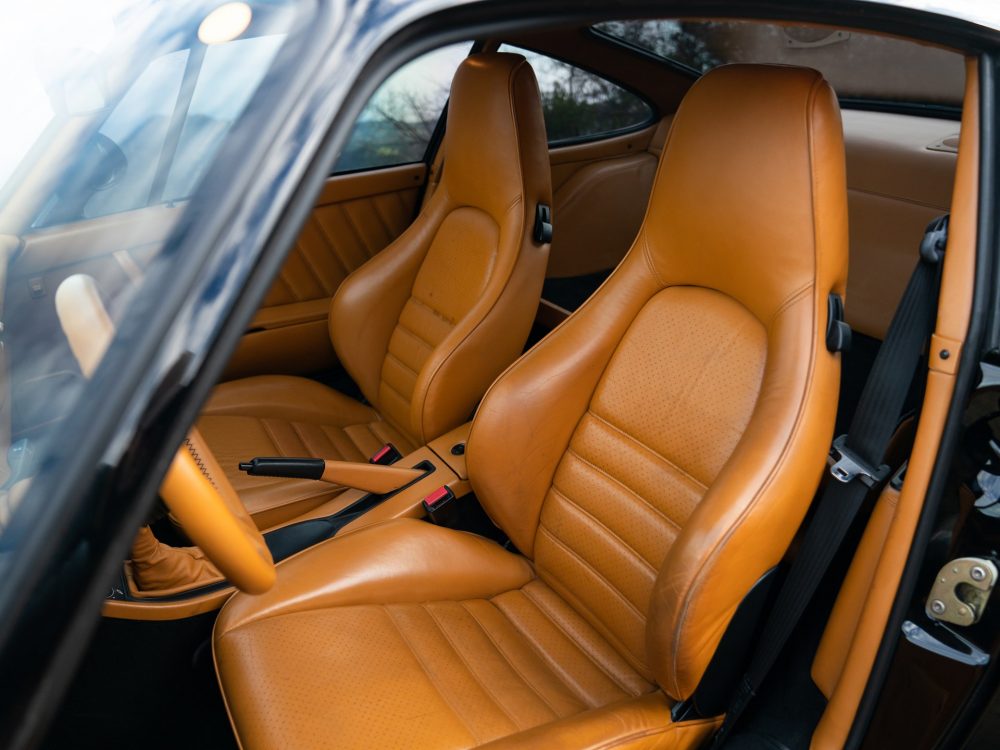 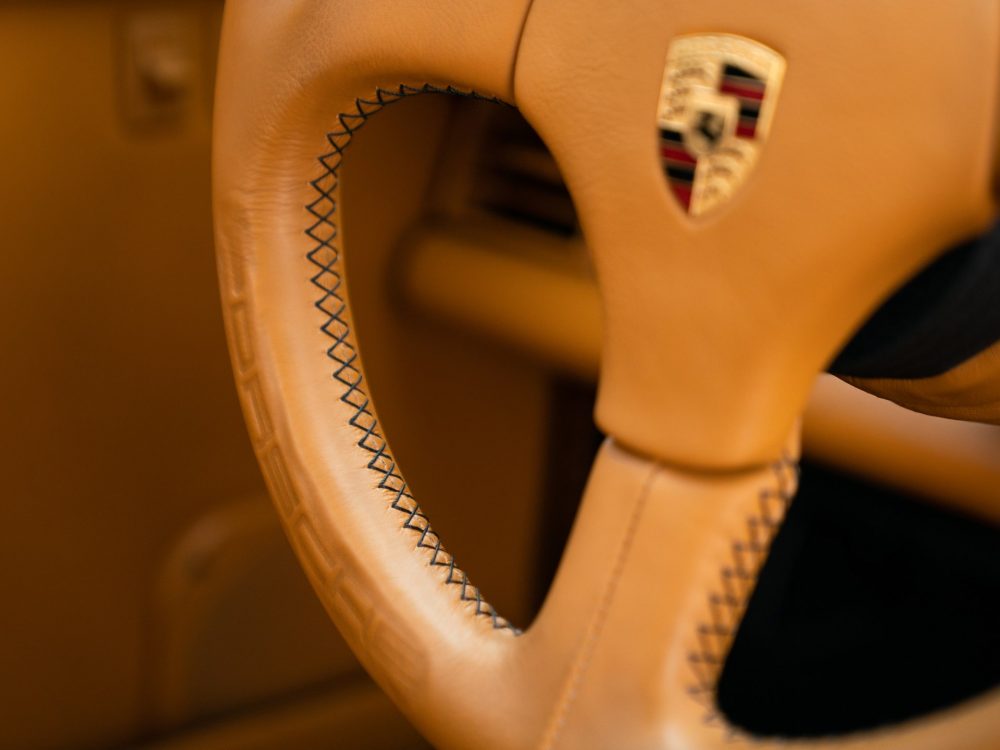 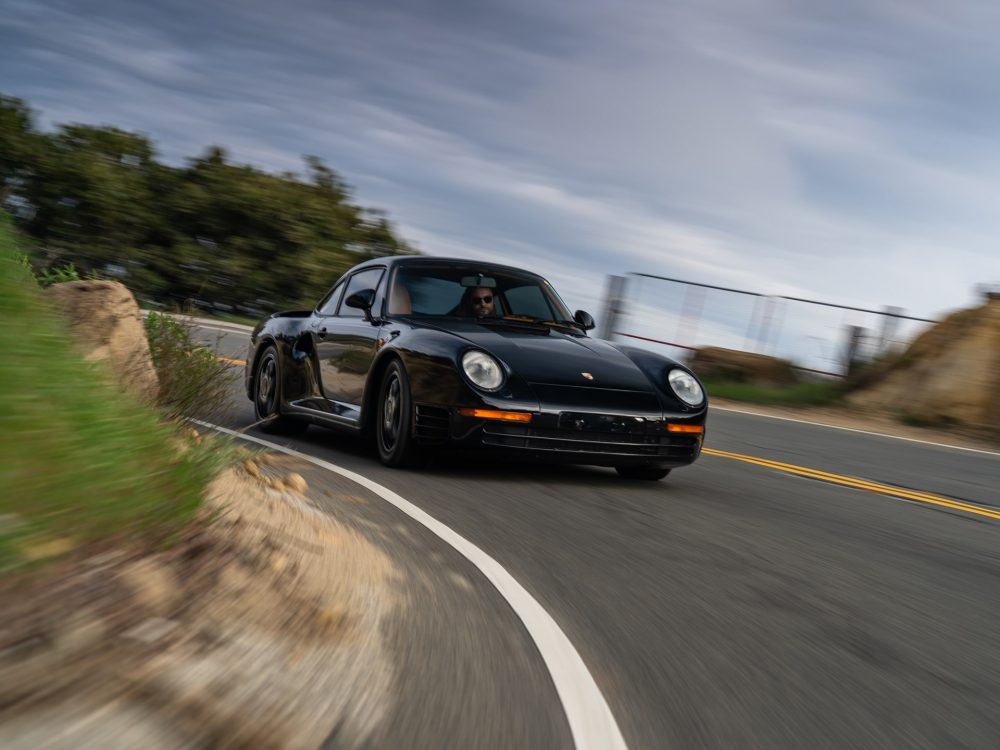 Flick wanted his car to be finished in black, leading it to become one of just three known examples originally finished in black, and upholstered in a voluptuous caramel brown leather interior. All three factory options were selected: sports seats with electric height adjustment, heated front seats, and an alarm system. In addition, the car was fitted with an Exclusive option CDR-210 radio and a special steering wheel embossed with the Porsche crest. All interior surfaces were covered in leather, including even the air vents and the electronic window switches, and black carpeting was fitted matching black stitching on the steering wheel and seats.

One in a Million Purchase

It’s very rare for a Porsche as unique and unusual as this 1988 Porsche 959 Komfort to become available to purchase so you can rest assured that there will be a lot of eager bidders looking to add it to their collections. The  car is comes with its original keys, tool kit, owner’s manuals which includes a leather folio embossed with Dr. Flick’s name, as well as an impressive file of invoices and previous European registrations. The current owner has invested in excess of $100,000 to enhance the 959’s drivability, reliability, and enjoyment. 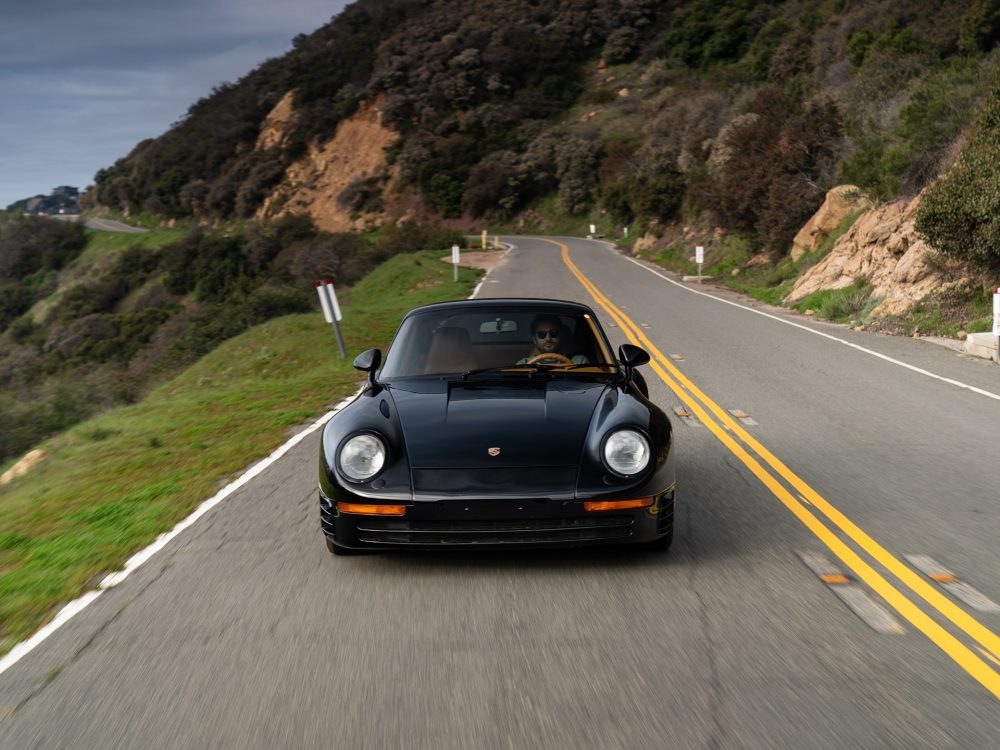 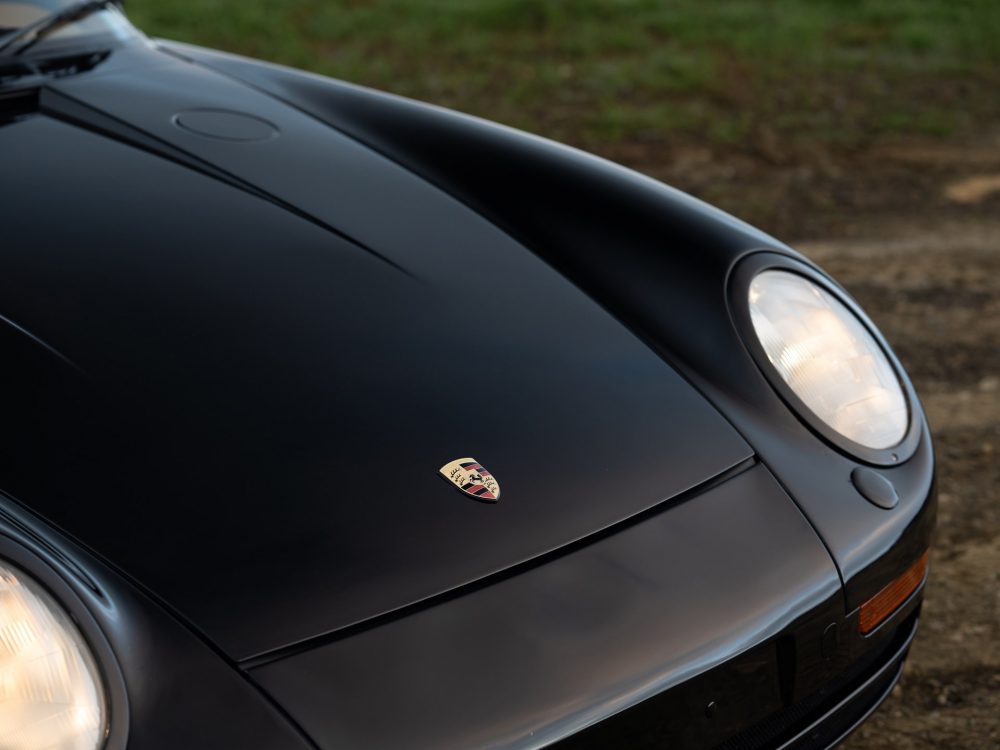 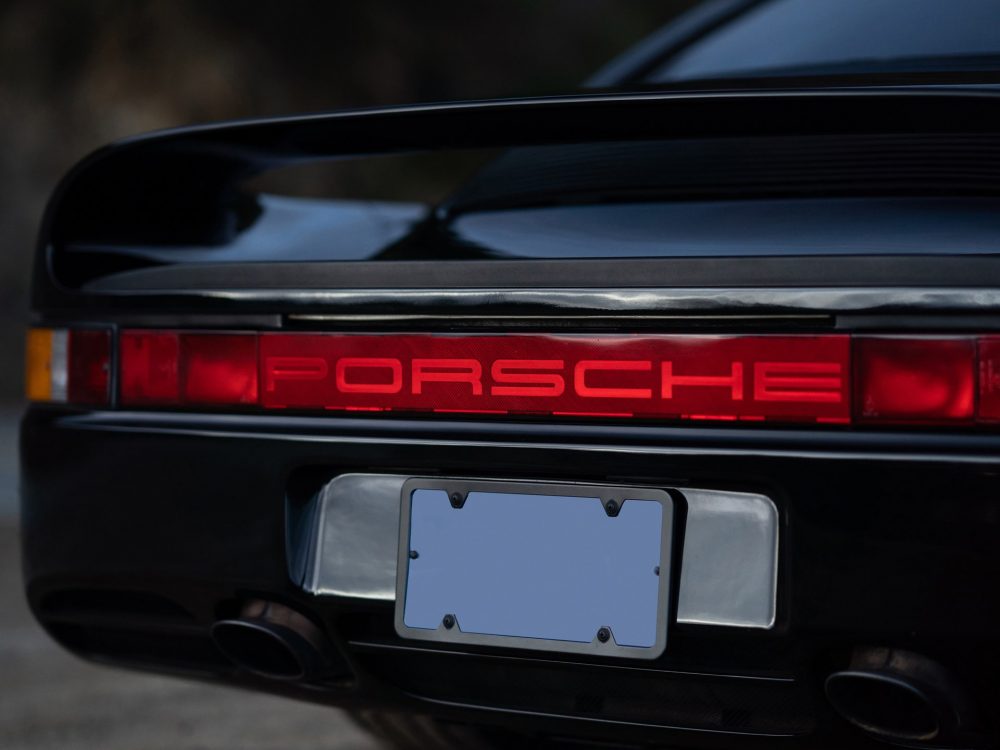 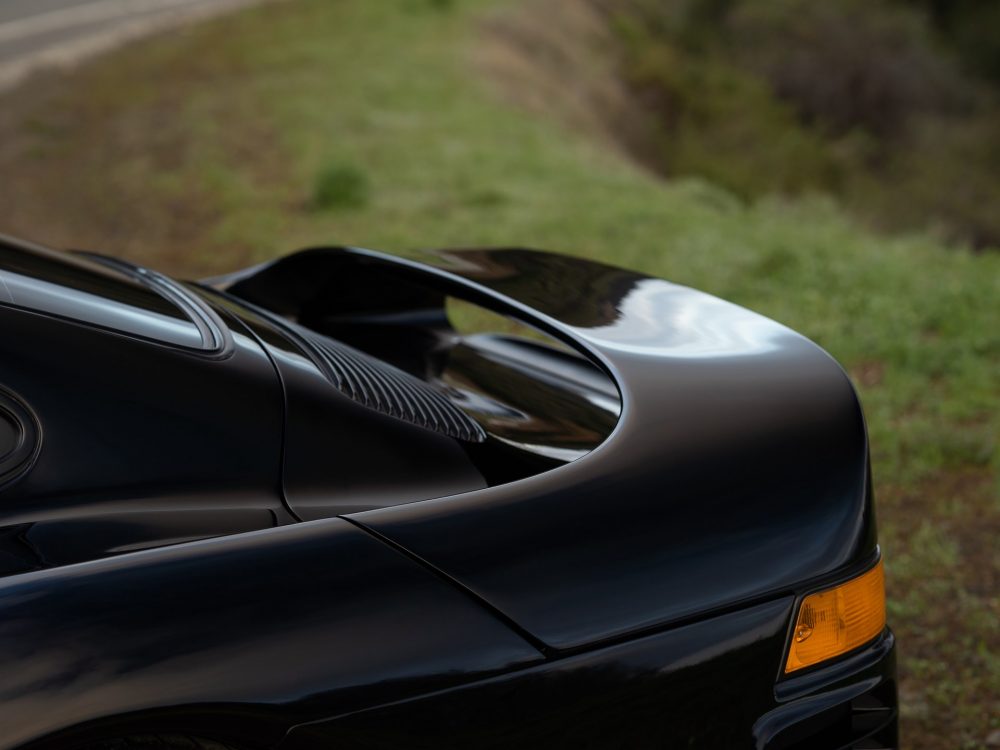 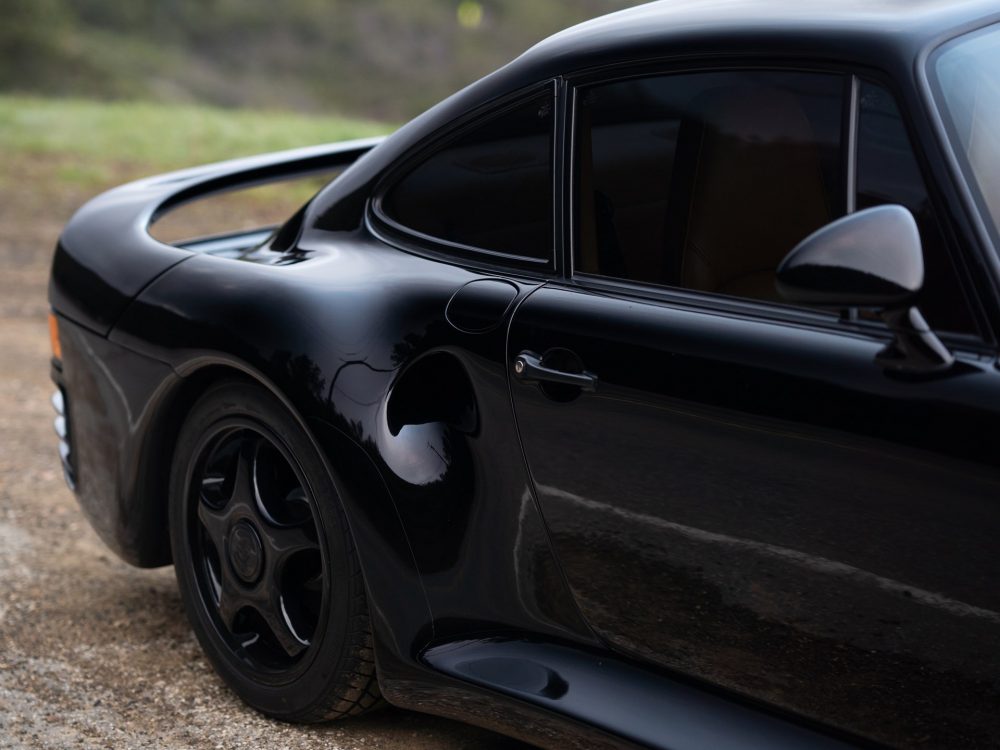 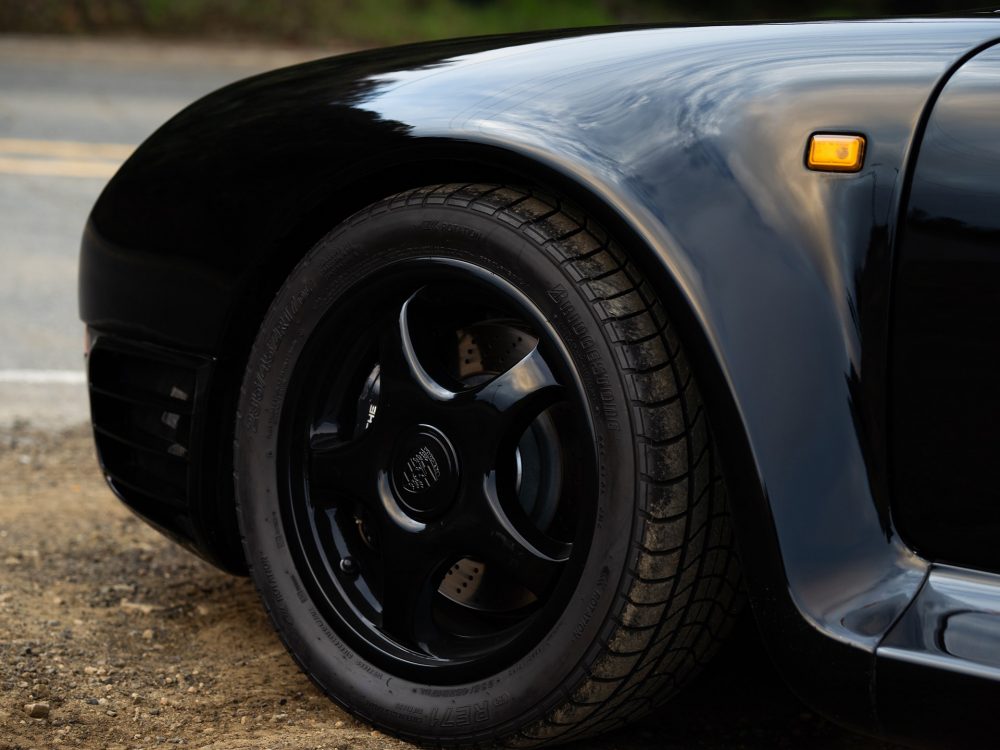 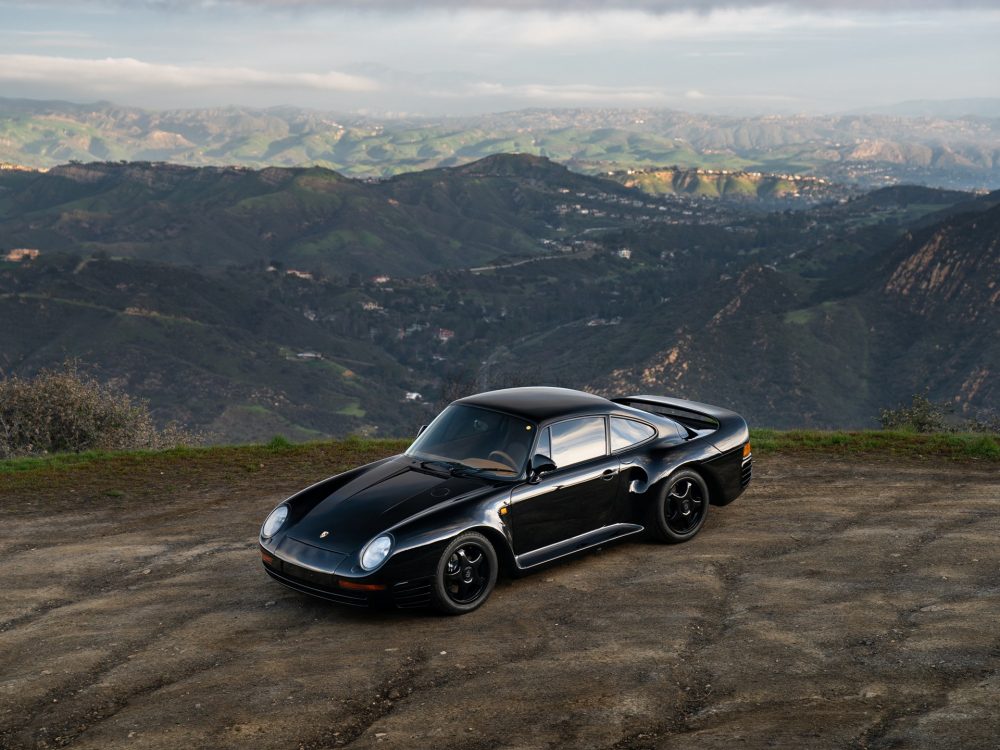 It is hard to comprehend a more luxurious, special, and unique 959 on the market than this. Made especially for a Porsche VIP through the Special Wishes program, this 959 is offered today having had just three owners and just over 42,000 km on the clock from new. An RM Sotheby’s representative who had the chance to drive the 959 recently remarked that it performed beautifully in all regards and exudes a unique character, thanks to its brilliant as-configured specification.