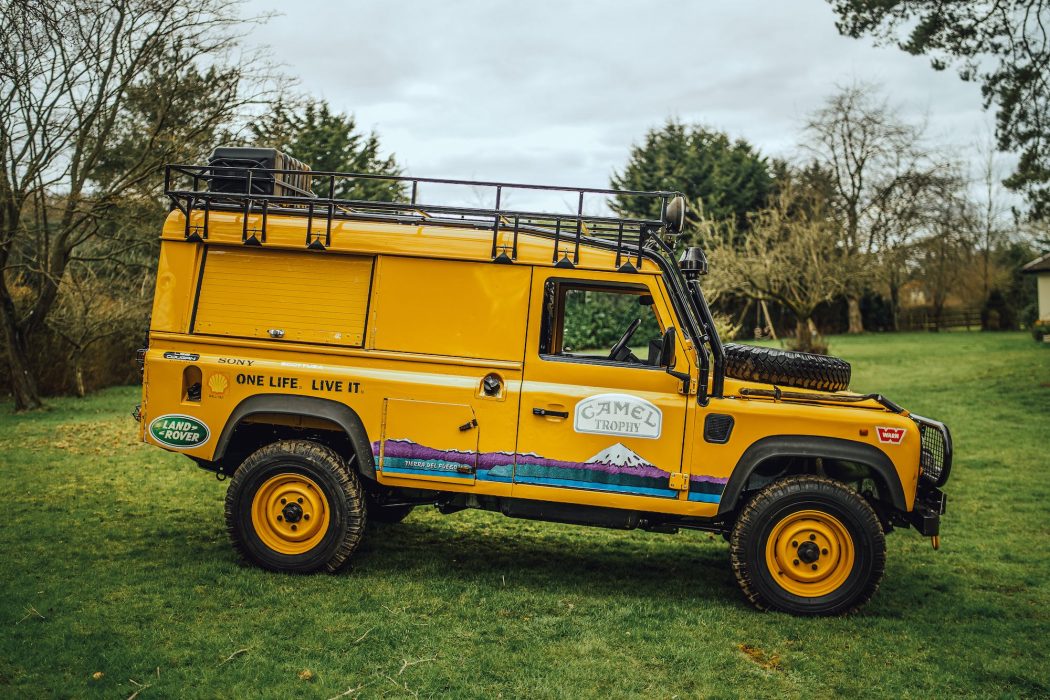 We don’t know why but we can’t help but gravitate towards Land Rover Defenders here at The Coolector and when this, frankly stunning, 110 Camel Trophy Defender came up for auction we knew it had to be ours – were it not for our crippling poverty. So, we’ll let someone else have it this time. This spectacular steed is going under the hammer with Collecting Cars and has a current bid of just £29k so someone might just be bagging themselves a bargain before too long.

This 1998 Land Rover Defender 110 Camel Trophy from Collecting Cars is understood to be one of just two examples that were put together by the Land Rover Special Vehicle Operations team for the 1998 Tierra Del Fuego Camel Trophy event – so, if you’re the one lucky enough to get your hands on this when the gavel goes down, you’re going to be in some mighty exclusive company.

As you might expect from a vehicle built for uncompromising races, this 1998 Defender has some impressive features going on under the hood including the 2.5-litre 300tdi turbodiesel inline-four, coupled with the five-speed manual transmission. This lot has recently undergone a full rebuild with genuine Land Rover parts and is presented in very good order both inside and out.

Chock full of awesome features, this 1998 Land Rover Defender 110 Camel Trophy from Collecting Cars is definitely a sight to behold. Some of its stand out features include twin fuel tanks, Mantec steering and fuel tank guards, a Warn winch, a Brownchurch bull bar, Hella spotlights, a twin battery setup and the correct fitment Michelin XZL tyres.

It has a re-galvanised and powder-coated roof rack which was built to order from Brownchurch Ltd to replace the missing original and the cabin is equipped with heat and sound insulation, a period-correct stereo, a map light and a passenger footwell-mounted washer bottle. Boasting an unparalleled early provenance, this amazing machine is a genuine ex-Camel Trophy vehicle, built for the 1998 Tierra Del Fuego event and which has since spent time across Africa, Europe and the UK and will make some Land Rover aficionado very happy we’re sure.

We love our watches here at Coolector HQ and whilst we typically favour more traditional style timepieces, we’ve definitely got space in our collection… 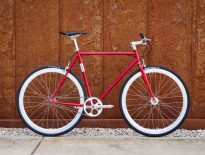 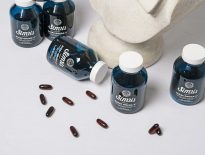