Of all the videogames that epitomised the dawn of the gaming industry, PONG is unquestionably sitting at the head of the table and whilst it may no longer hold muster on the visual front, it still remains amongst the most enjoyable games to play, over 40 years since it was originally released. It is for that reason then that we’ve had our heads well and truly turned by this stunning Kicktarter campaign, the Atari PONG Coffee Table.

If you’re a fan of retro videogaming, prepare to rejoice because you could soon have the granddaddy of iconic gaming situated in your home in the form of this awesome looking Atari PONG Coffee Table which doesn’t just deliver an excellent means of playing one of the most memorable games out there but also provides a functional and stylish looking coffee table when not in use.

Described as a playable, real life, mechanical homage to one of the first video games (which was originally released back in 1972), this mighty impressive construct is expertly disguised into a multi-functional coffee table which certainly adds considerably to its overall functionality and appeal.

This fantastic Atari PONG Coffee Table aims to give you an authentic an experience as possible to playing the original game and is chock full with retro sounds, bouncing lights and the system aims to deliver the same gaming mechanics as the original iteration in order to stay true to the gameplay that we all know and love. It might be based on a classic but there is plenty of modern technological touches to this great piece of design that help set it apart which includes a classic digital clock displayed on its top, the always handy USB ports mounted on the rack and the ability to stream your favourite tunes via Bluetooth. 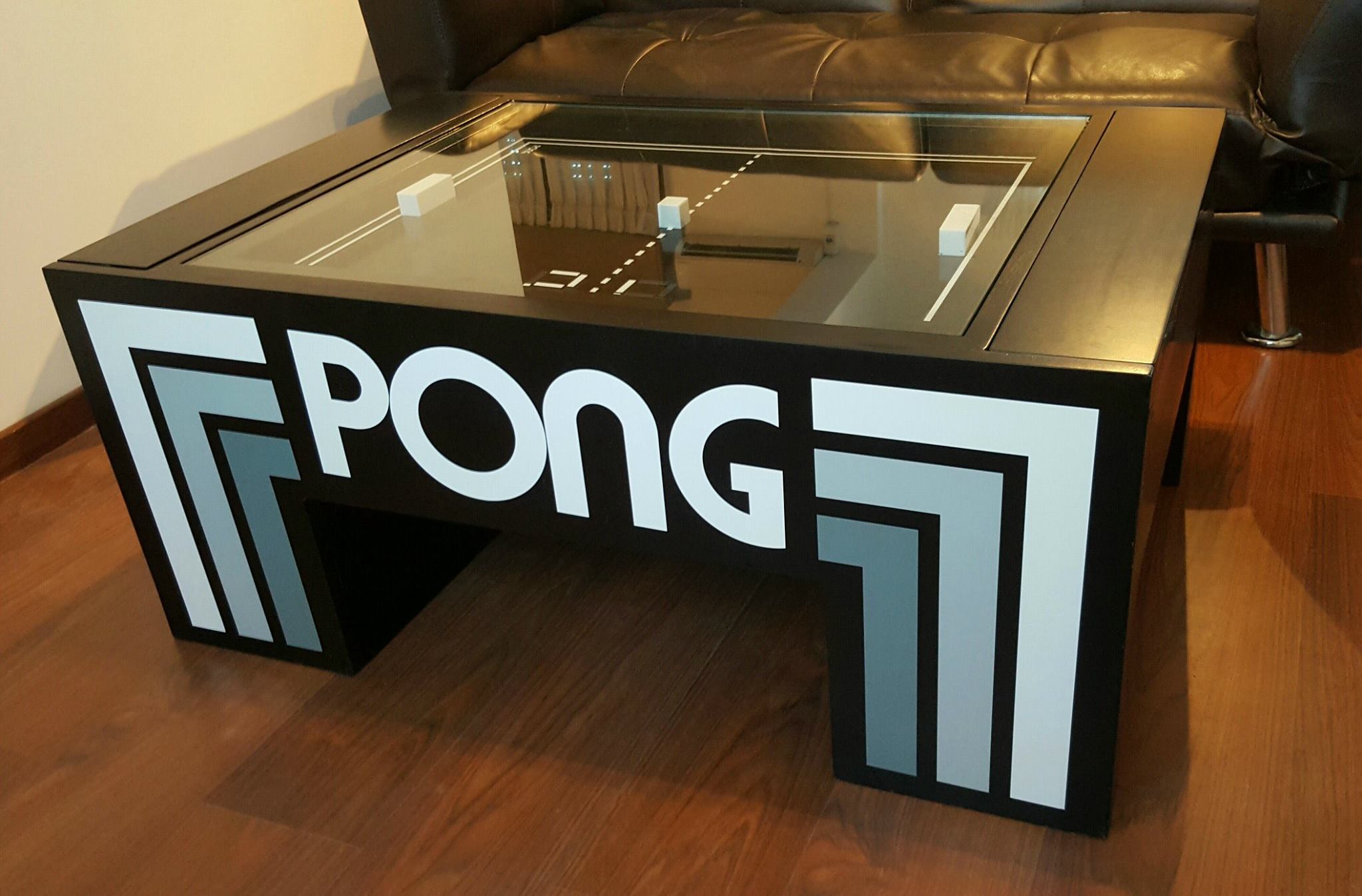 With a distinctly 80s vibe aesthetically speaking with the design of this game, you’ll want to make it the focal point of any games room you’re lucky enough to have and whether you’re a PONG enthusiast or not, it’s hard to argue with the impressive attention to detail and sheer amount of effort that has gone into making this project into a reality. With a few different game modes to enjoy (on top of the original style), you’ll be playing this for years to come, that’s for sure.

It is the fact that you’re not just getting a new and improved version of PONG to play in your own home but also an incredibly functional and technologically capable coffee table to boot that really leaves us impressed here at Coolector HQ. By closing the custom lids over the gaming paddles, you’ve instantly transformed your Atari PONG machine into a striking and versatile coffee table and you’ll be able to quickly turn it back when the mood strikes for a few games of PONG. 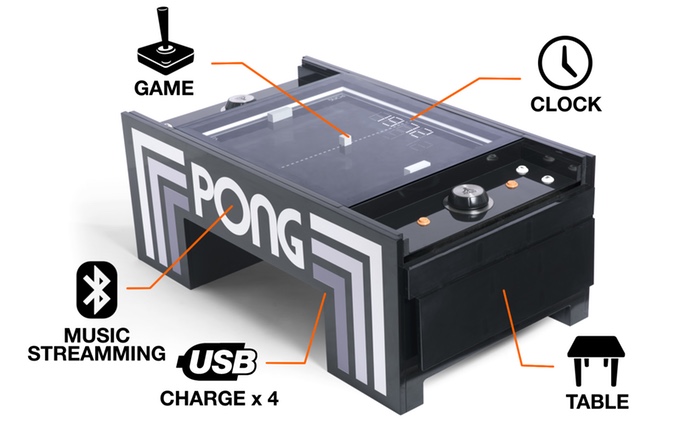 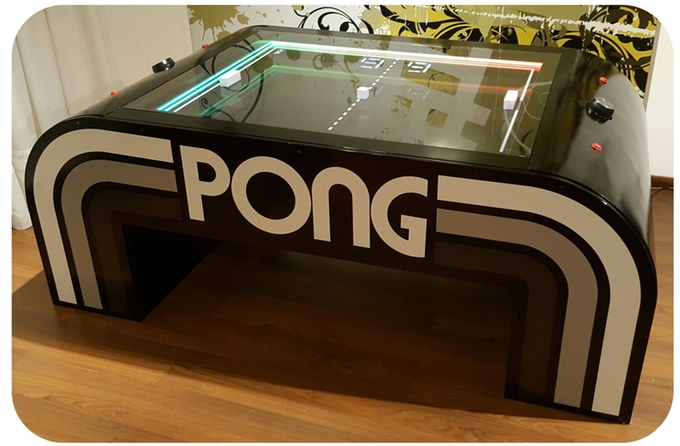 With their Kickstarter target already reached, it is clear to see that we’re not the only ones to have fallen hard for the amazing looking Atari PONG Coffee Table and if you’ve got a desperate need to have one of these in your home (as we certainly do here at The Coolector), there is still plenty of time to show your support.