Something that we’ve noticed increasingly of late is watchmakers thinking outside of the box when it comes to the materials they use to make their timepieces and a fine example of this can be seen with the AVI-8 Hawker Harrier Retrograde Chronograph Blue Nylon Limited Edition Watch which, as the name alludes to, uses pieces from a genuine Hawker Harrier plane during the construction process.

The AVI-8 Hawker Harrier Retrograde Chronograph Blue Nylon Limited Edition Watch is an eye-catching offering to say the least and it is limited to just 300 pieces so don’t be surprised if you find it difficult to get your hands on one before they all sell out. This first class accessory from AVI-8 is one of the coolest looking timepieces you’re likely to see and it has been made in conjunction with Jet Art Aviation to deliver one of the watchmaker’s finest looking watches to date.

With a name that definitely takes longer than the average to pronounce, the AVI-8 Hawker Harrier Retrograde Chronograph Blue Nylon Limited Edition Watch needed to be a showstopper from a design and performance point of view and we’re pleased say it certainly doesn’t disappoint. Extremely limited in nature, this unusual and innovative chronograph watch from AVI-8 is right up our quirky loving street here at Coolector HQ and if you’re an aviation enthusiast on the hunt for a head turning new watch for your wrist, you have just found it. 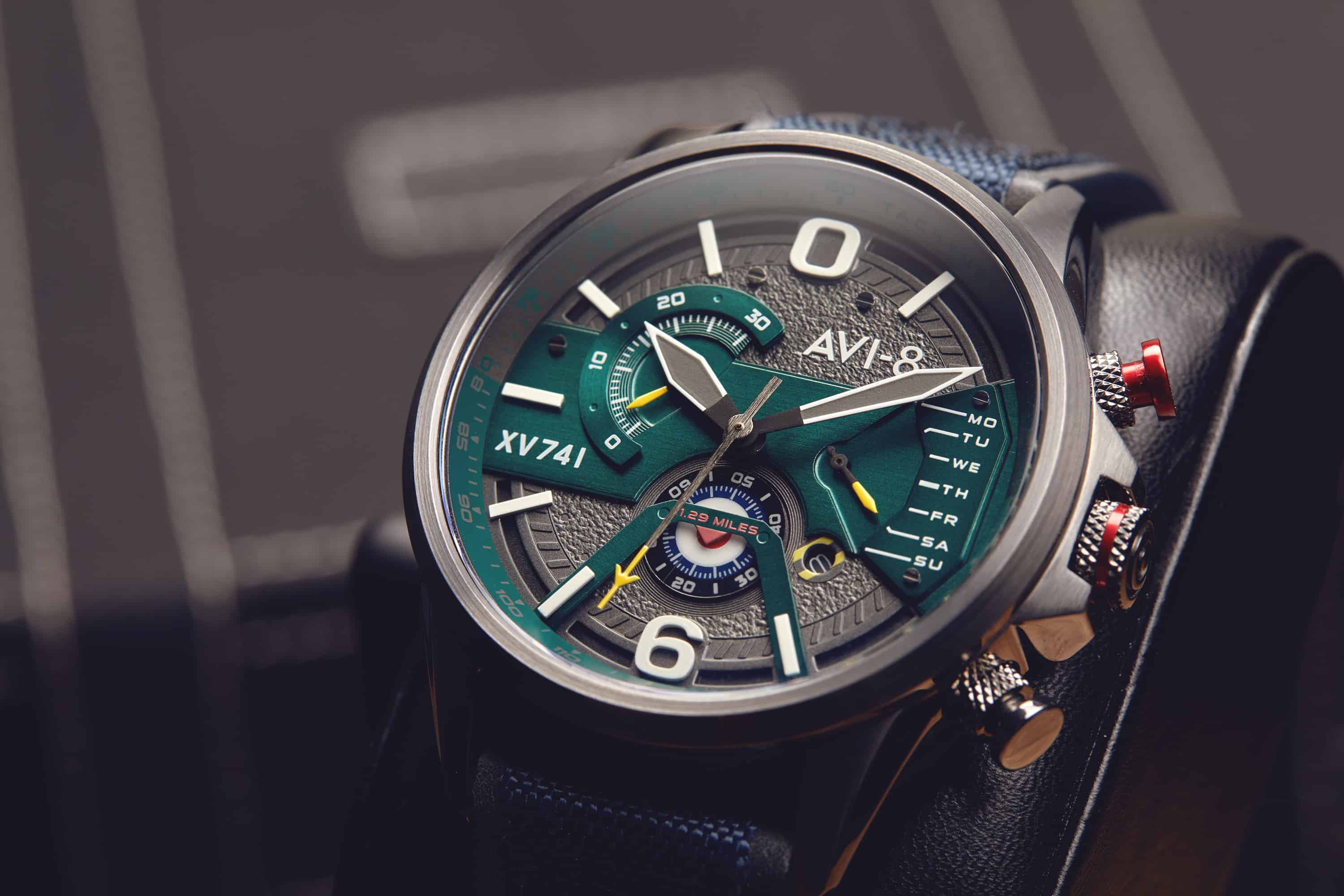 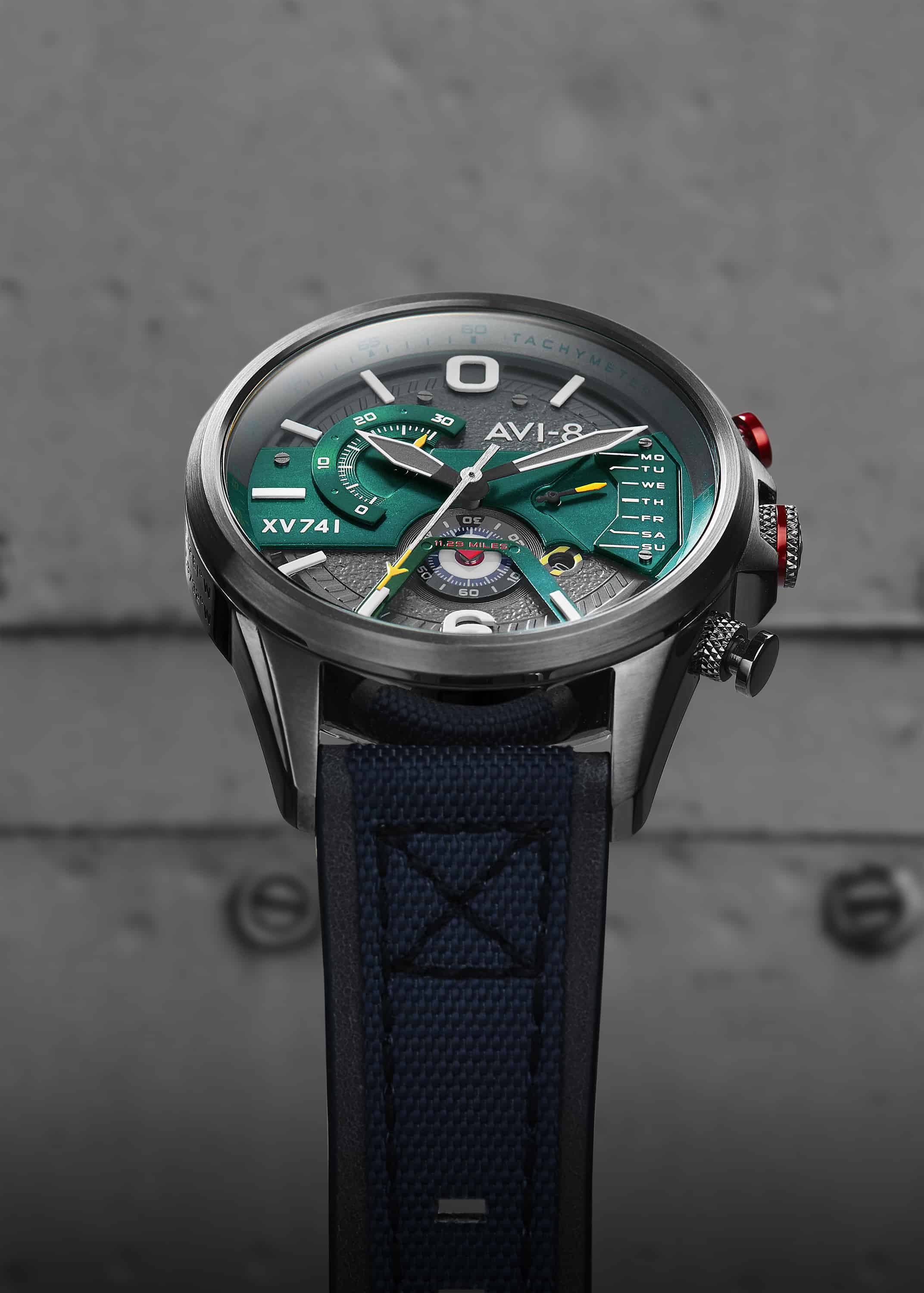 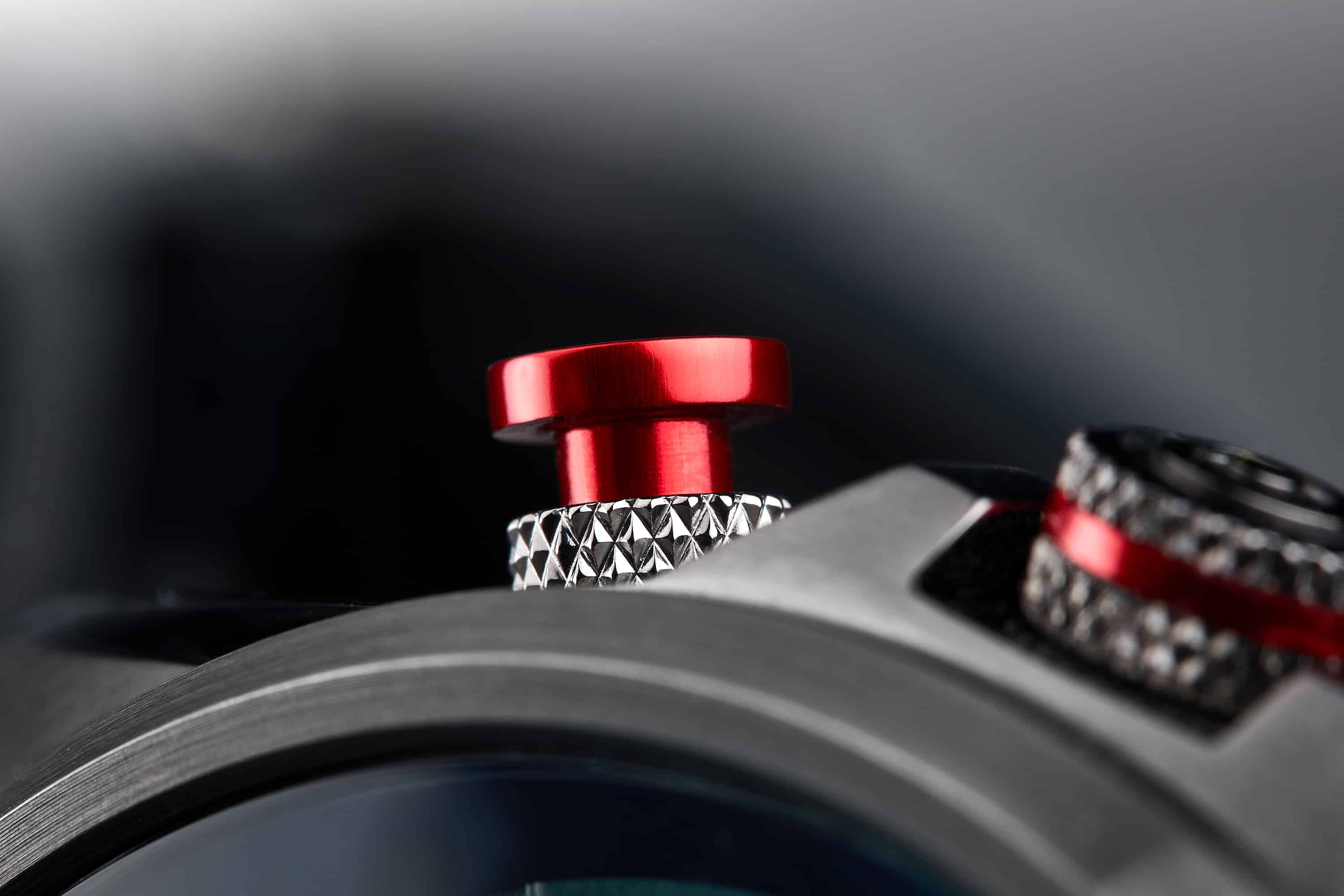 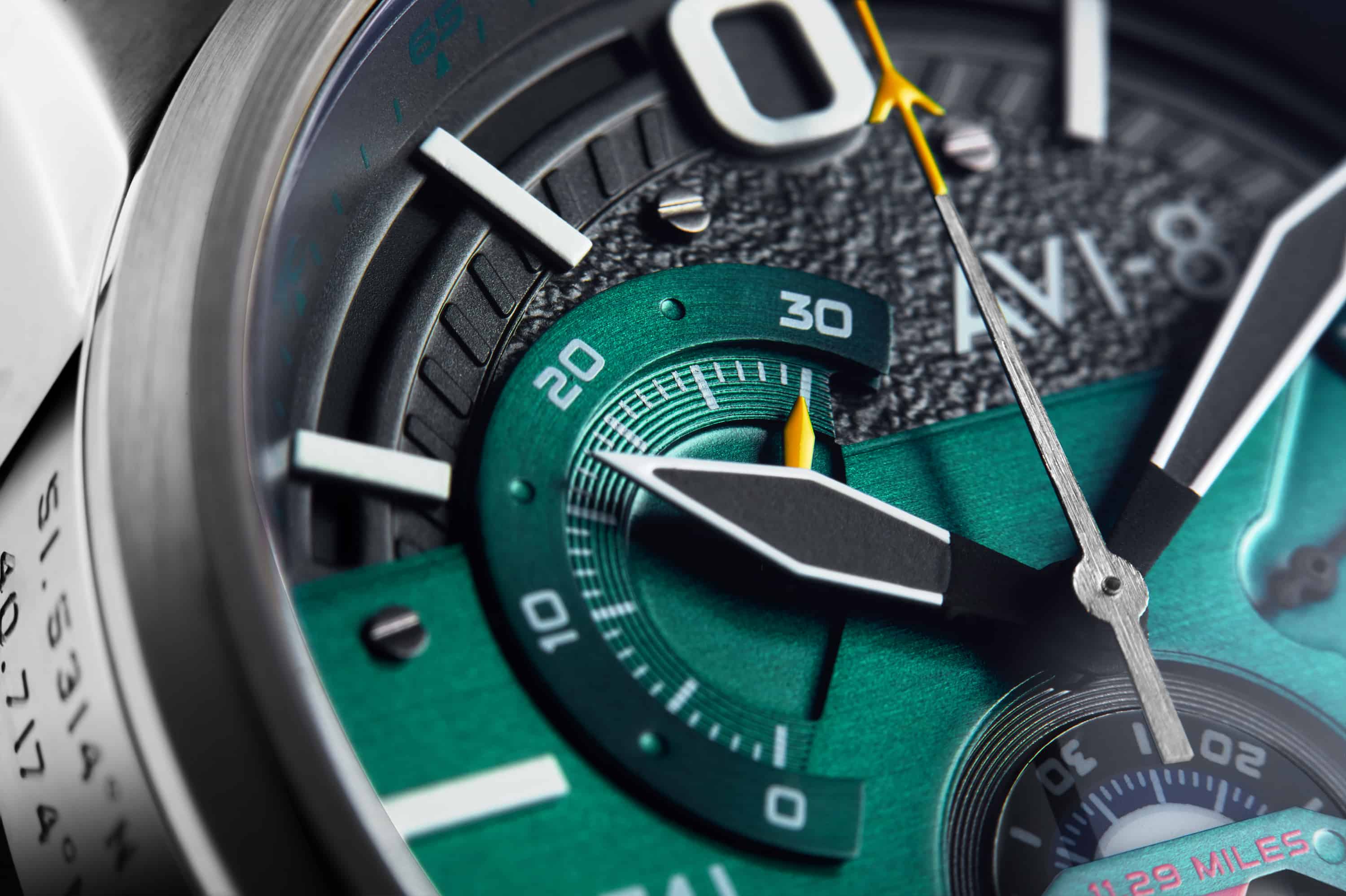 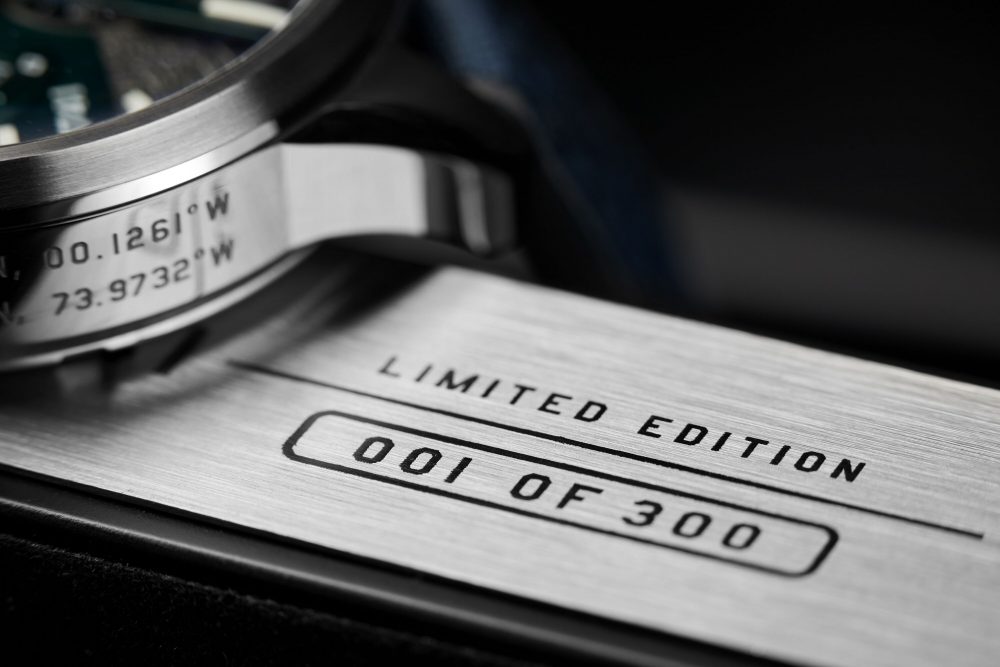 The AVI-8 Hawker Harrier Retrograde Chronograph Blue Nylon Limited Edition Watch uses the ultra reliable Miyota FS80 quartz chronograph movement which guarantees the ongoing reliability of this supremely stylish and robust looking timepiece. Some of the other stand out features that you’ll find within the design include a layered gray/green dial with stainless steel casing to ensure a durable, no-nonsense performance. It also offers a 5ATM water resistance and each watch comes with a genuine leather and nylon strap so you can change it depending on your mood. 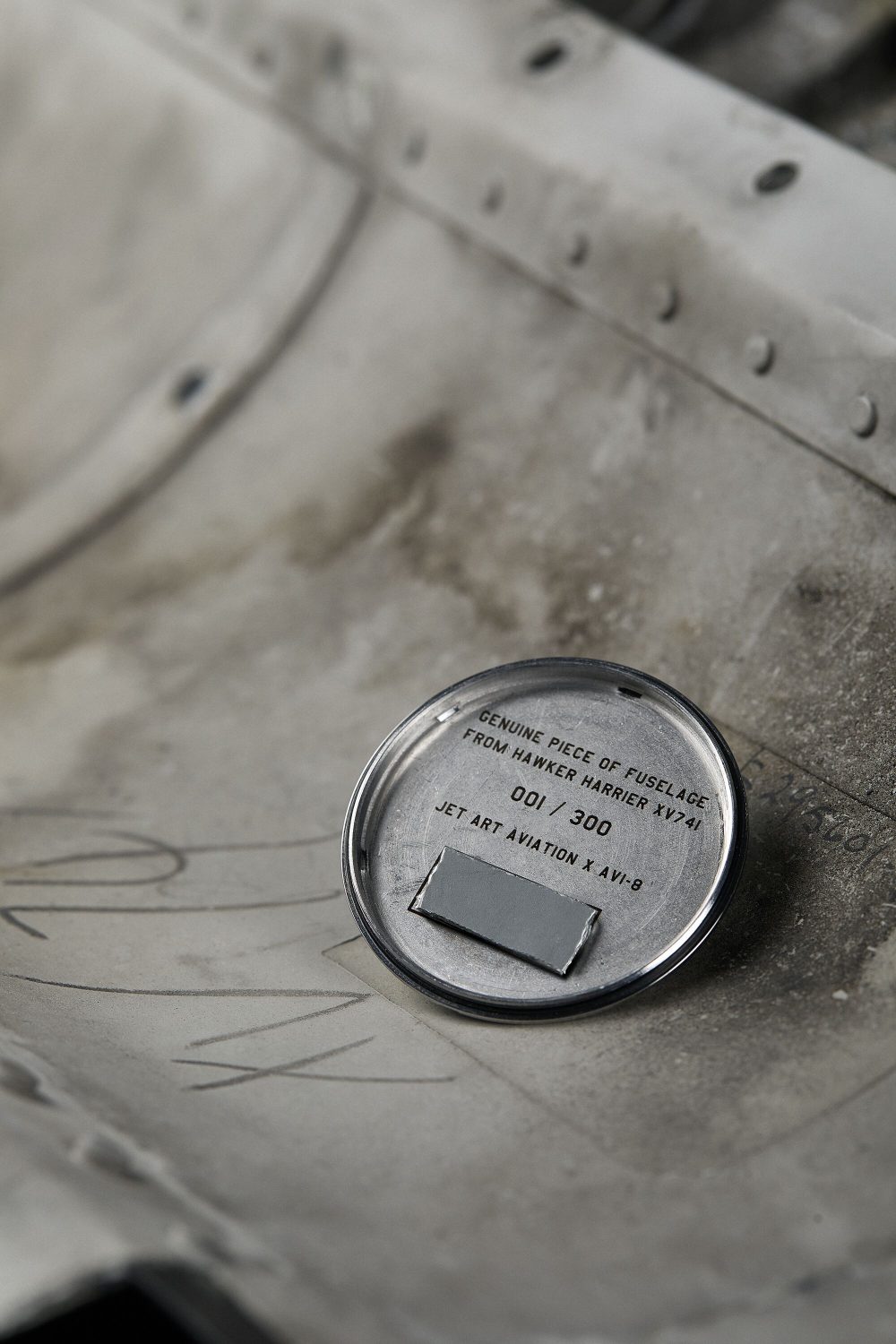 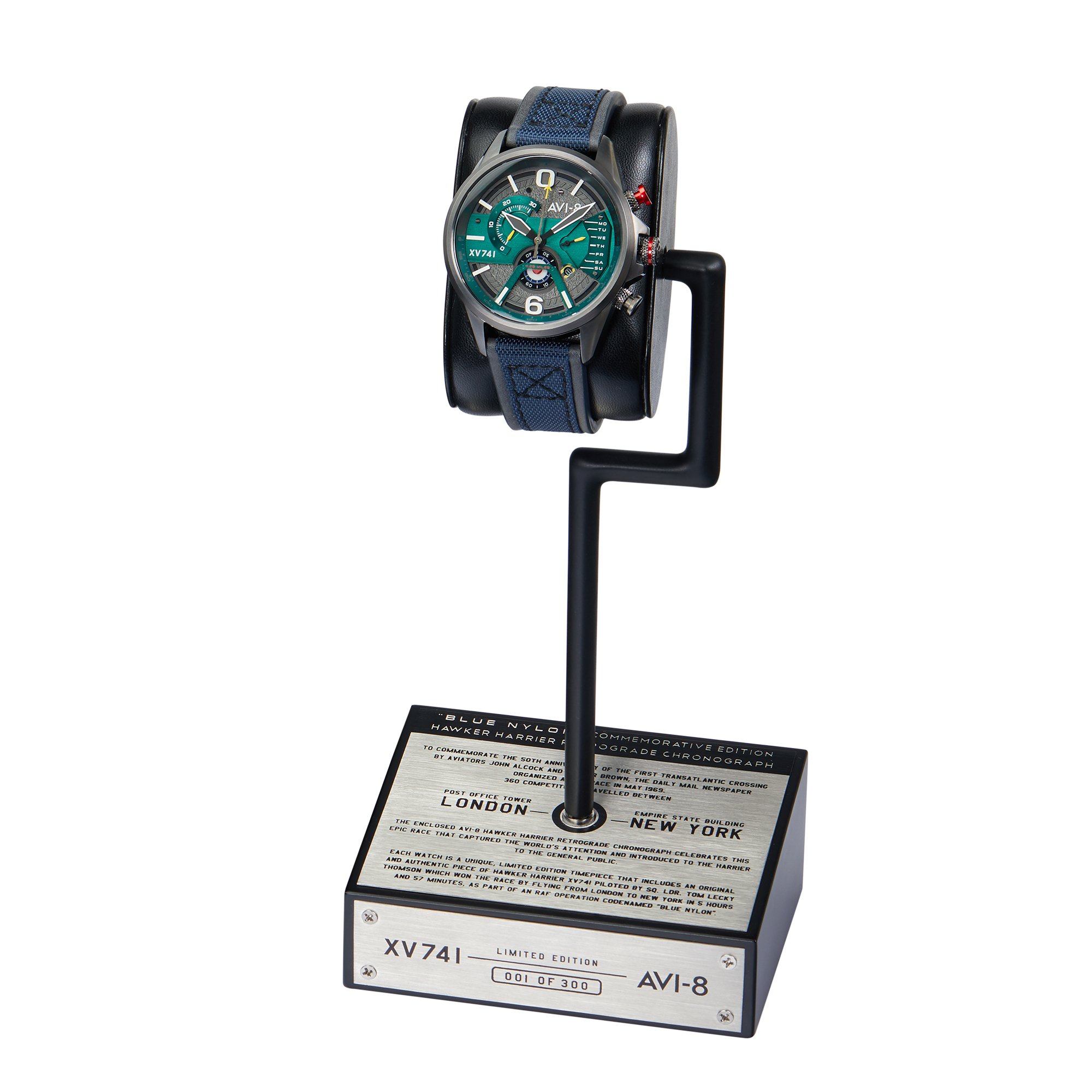 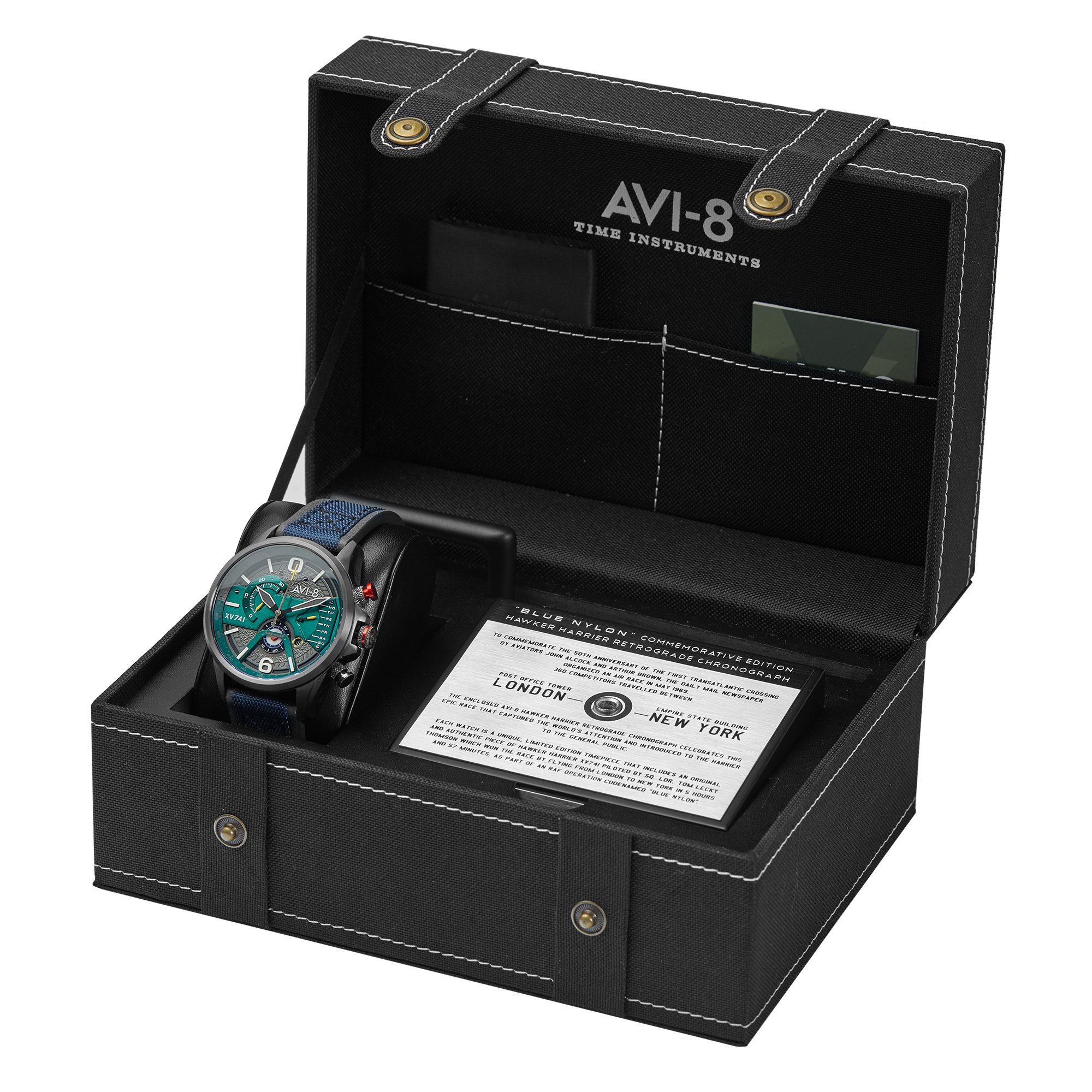 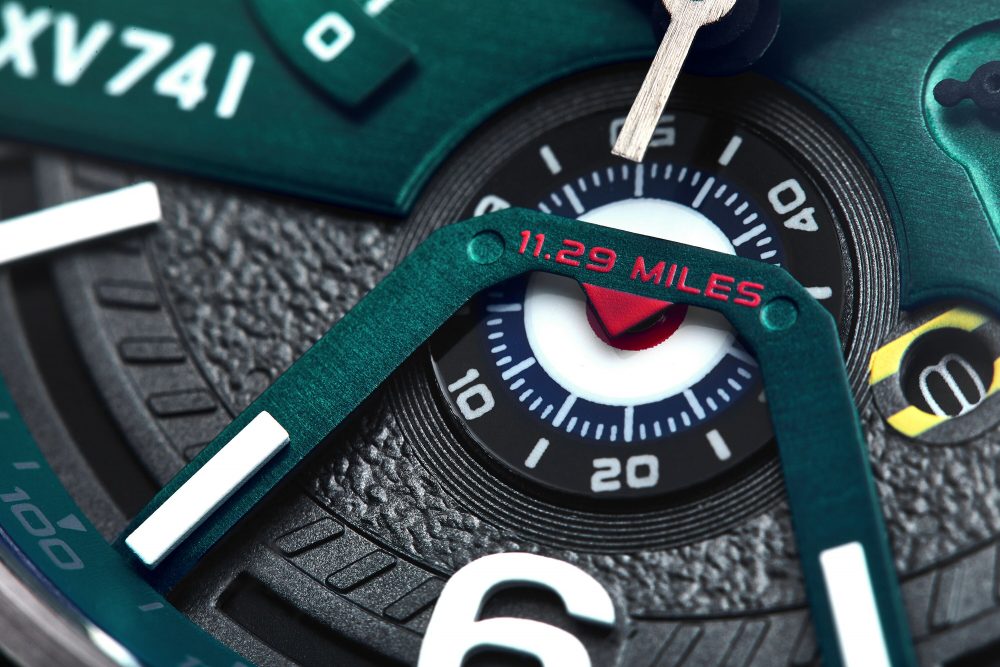 A £245 price tag is extremely reasonable for such an accomplished and striking timepiece as this and with them selling out rapidly, you’ll need to move extremely quickly to secure one for your wrist (or hope they do a reissue and release some more of these aviation inspired timepieces). The vibrant looking dial really makes this timepiece stand out from the crowd and we’re sure that it will appeal to aviation fans the world over.

This exemplary timepiece from AVI-8 is a celebration of the 50th anniversary of the Daily Mail Trans-Atlantic Air Race, which itself was organised to celebrate the 50th anniversary of the first non-stop transatlantic flight by John Alcock and Arthur Brown. On May 5, 1969, Squadron Leader Tom Lecky-Thompson flew the Harrier XV741 from St. Pancras Railway Station in London to the Bristol Basin in New York City in 6 hours and 11 minutes, capturing worldwide attention with the dramatic vertical liftoff of his Harrier aircraft. 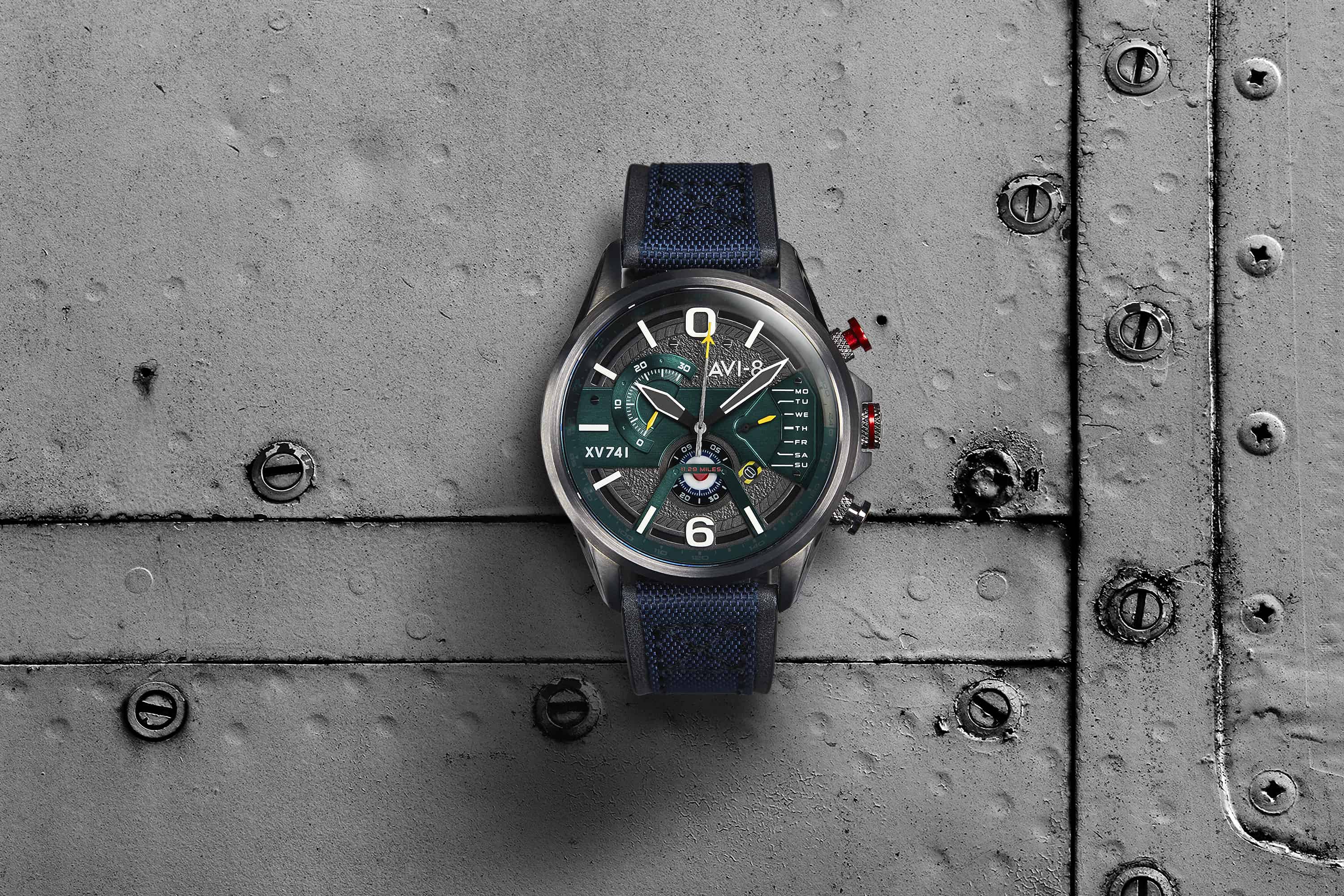 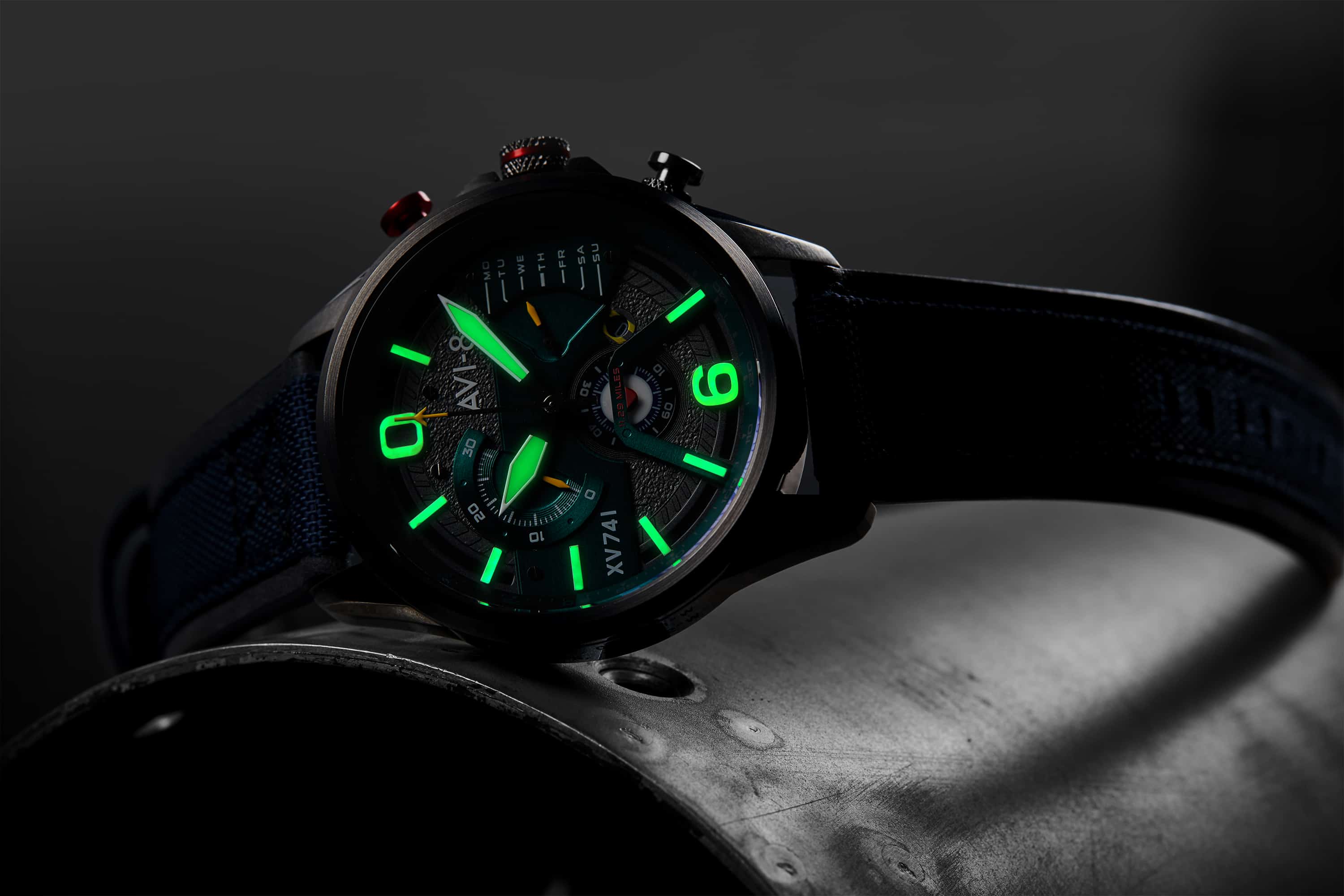 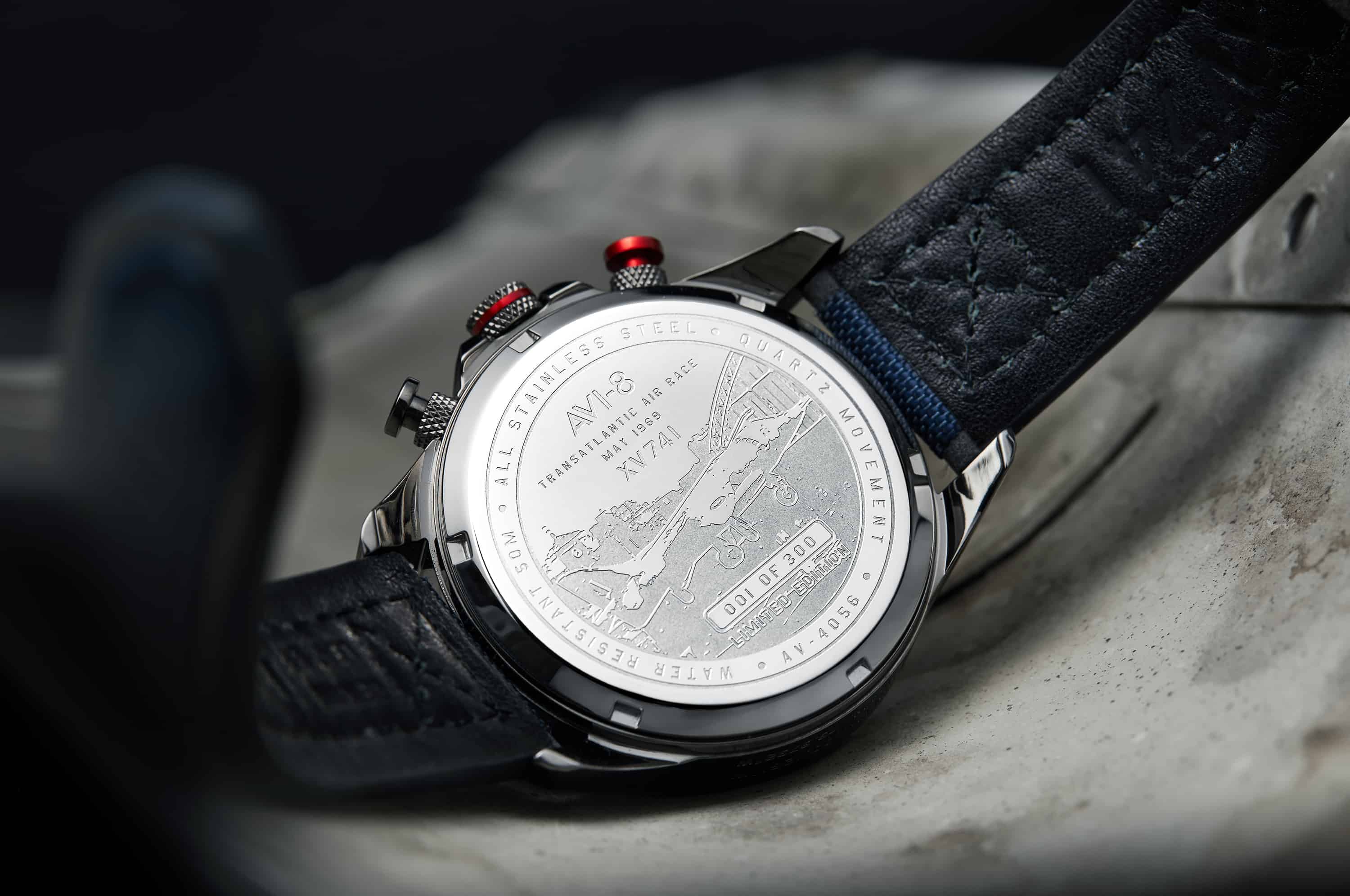 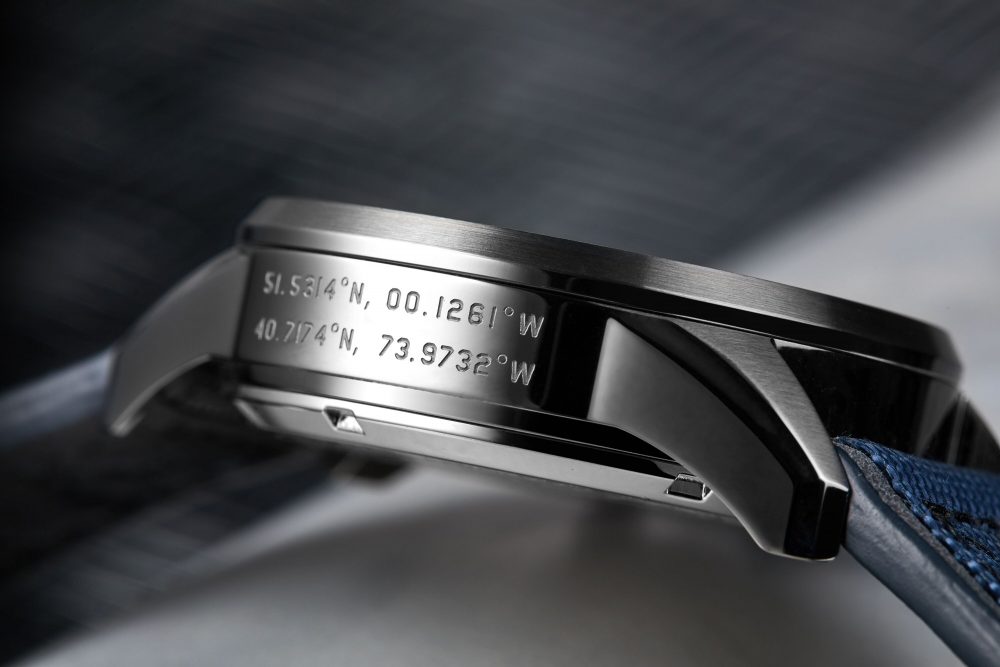 A truly out of the ordinary timepiece that really pushes the envelope in terms of the materials used in its construction, the AVI-8 Hawker Harrier Retrograde Chronograph Blue Nylon Limited Edition Watch has an engraving of the coordinates of the race’s start and finish on the case band alongside a full collector’s box with display stand which is also included in the package.