Whether building a home from scratch or repurposing an old building, there are certain design obstacles that you’re likely to face but there can be few buildings that are more ambitious to redesign than that of a theatre but that’s exactly what Spanish architects, Cadaval & Solà-Morales, have done with The Theatre House in Barcelona. This magnificent piece of design is a fantastic showcasing of their talents and brings new life into an existing building. 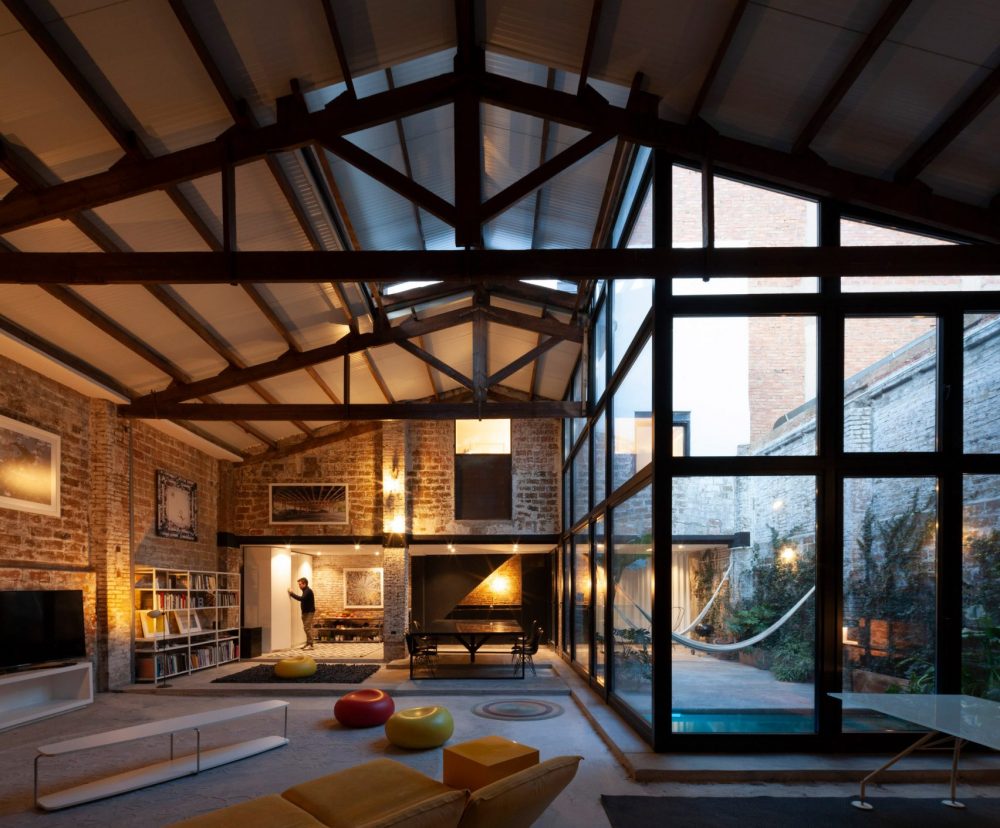 The Theatre House from Cadaval & Solà-Morales converts a 19th century theatre into a stunning, contemporary home with all manner of striking interior design features that ramp up the style of the property considerably. This excellent piece of architecture has aged brick walls and ceiling beams which hint at the past lives of this building in Barcelona and pays homage to its former life as a theatre in the 19th century.

Brilliantly conceived, The Theatre House has been completed redesigned in order to feature lofty living and work spaces for its new owners and its transition from a place of drama into a residential home has been a worthwhile one because the finished product is impressive to say the least. It is located just a short walk away from Avinguda Diagonal – which, as you’re likely aware, is a major avenue that runs through the centre of Barcelona – and since its construction in the late 1800s has also served as a barn and toilet paper warehouse. 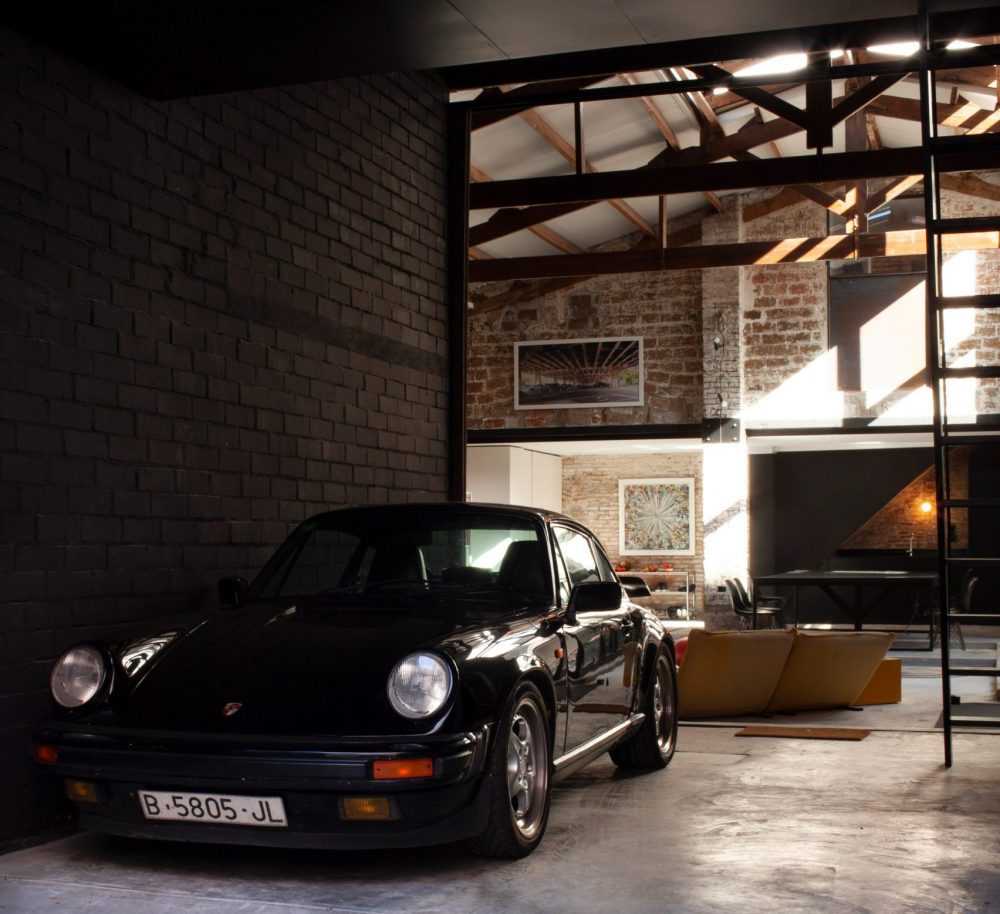 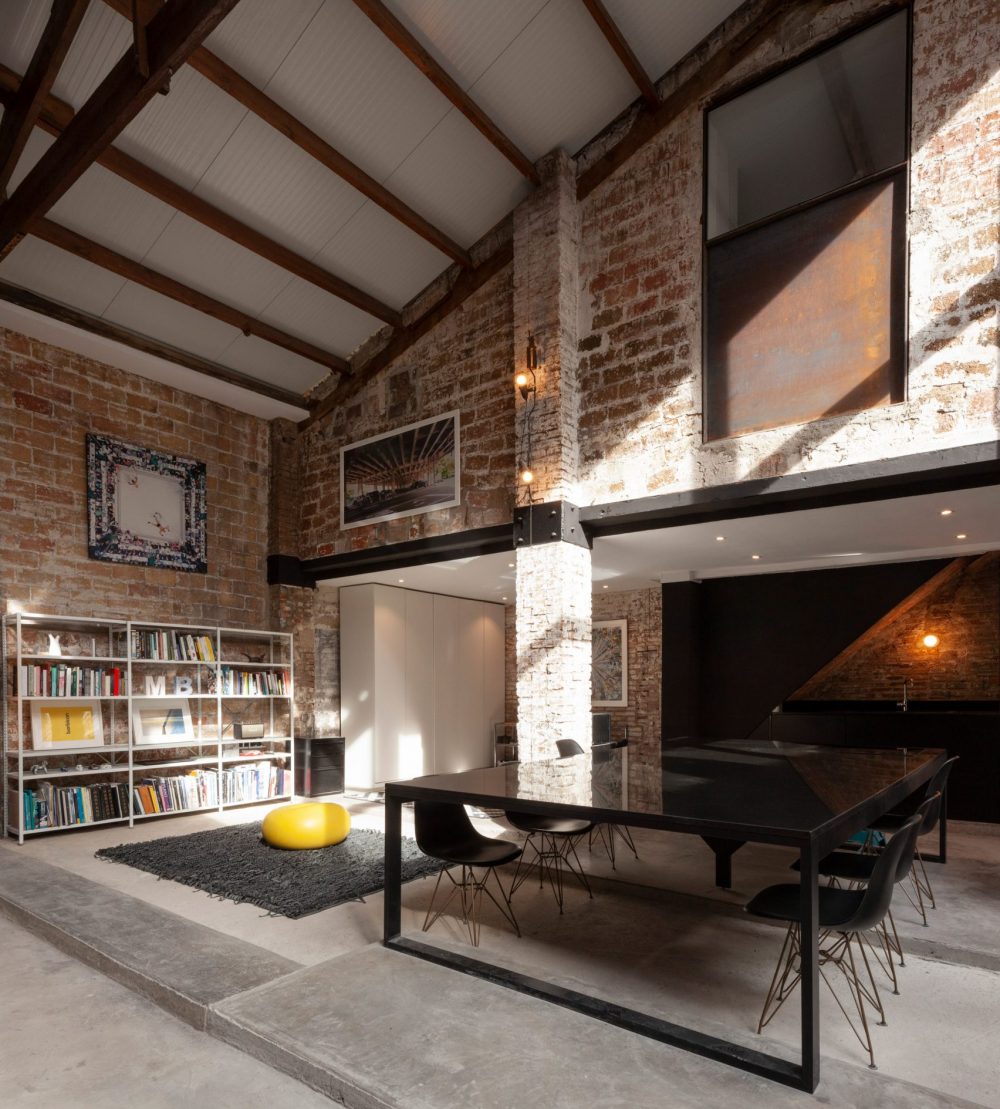 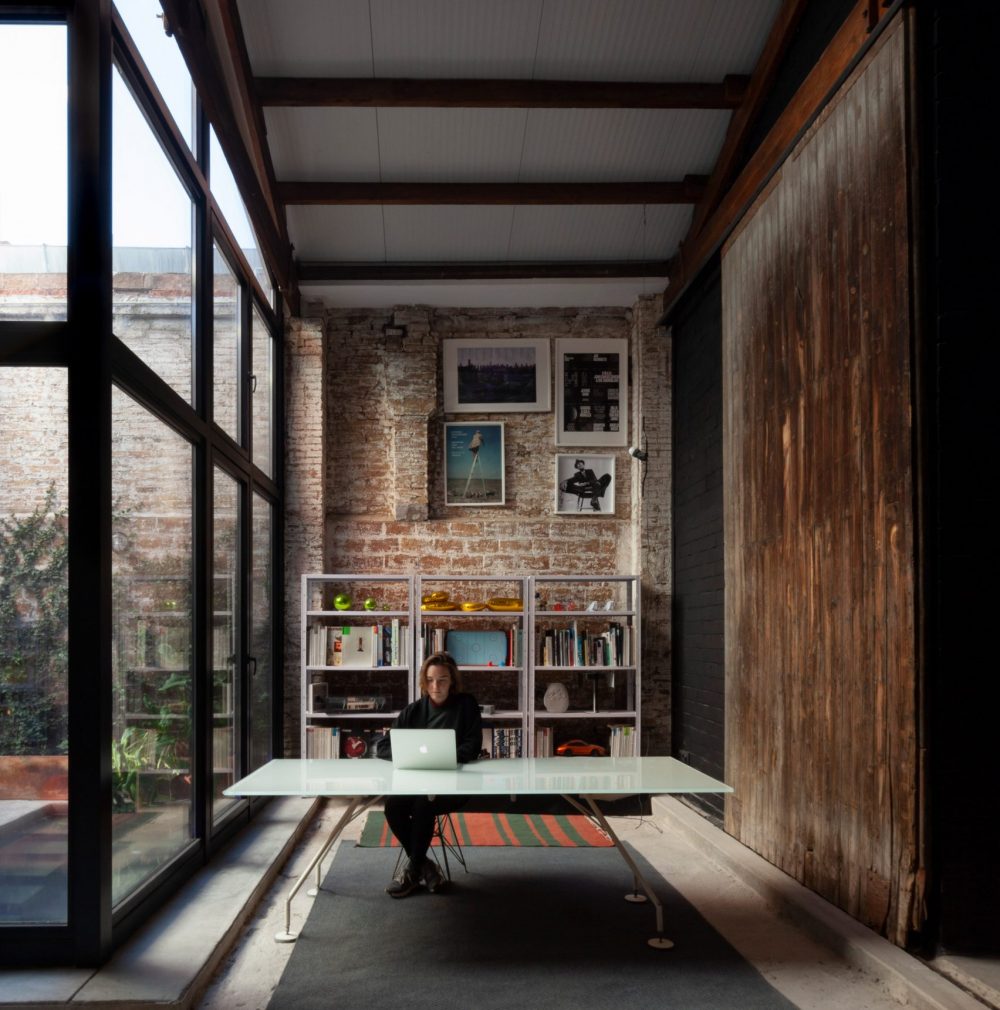 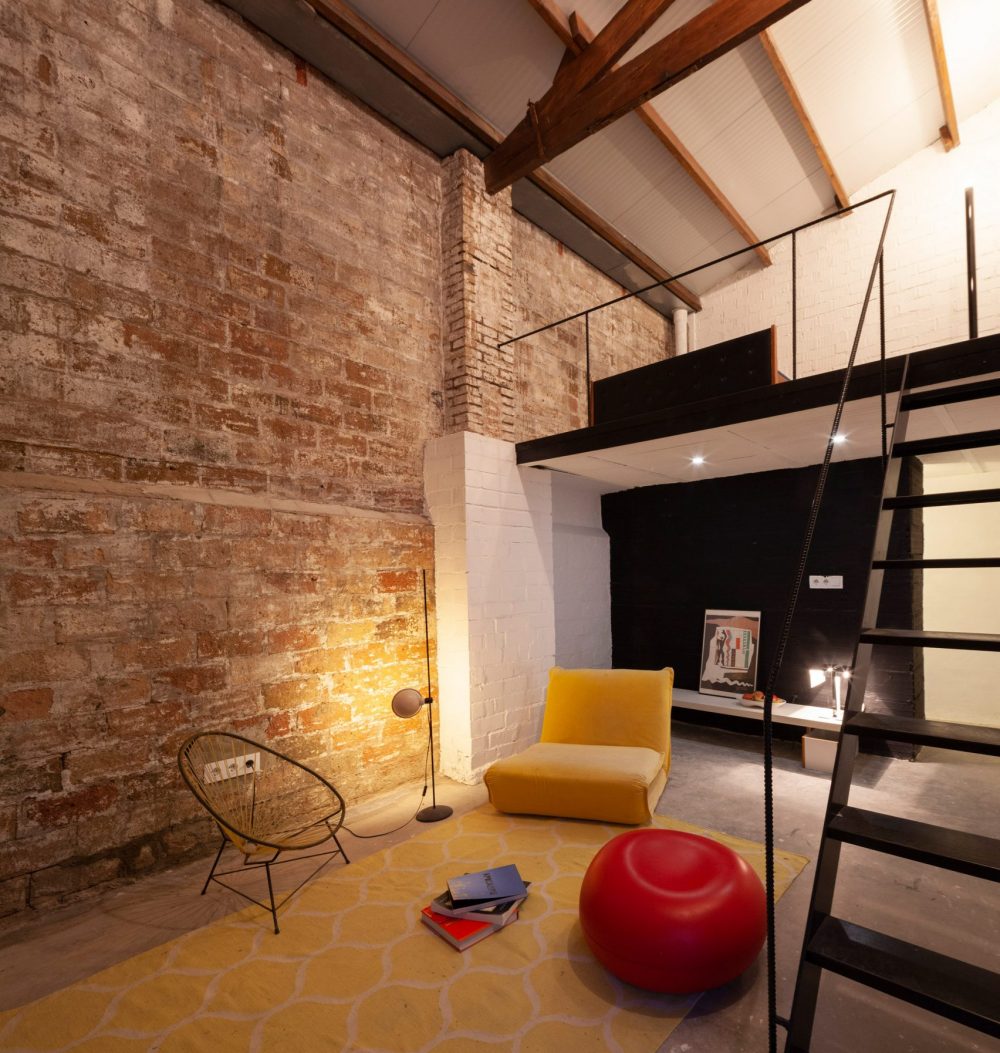 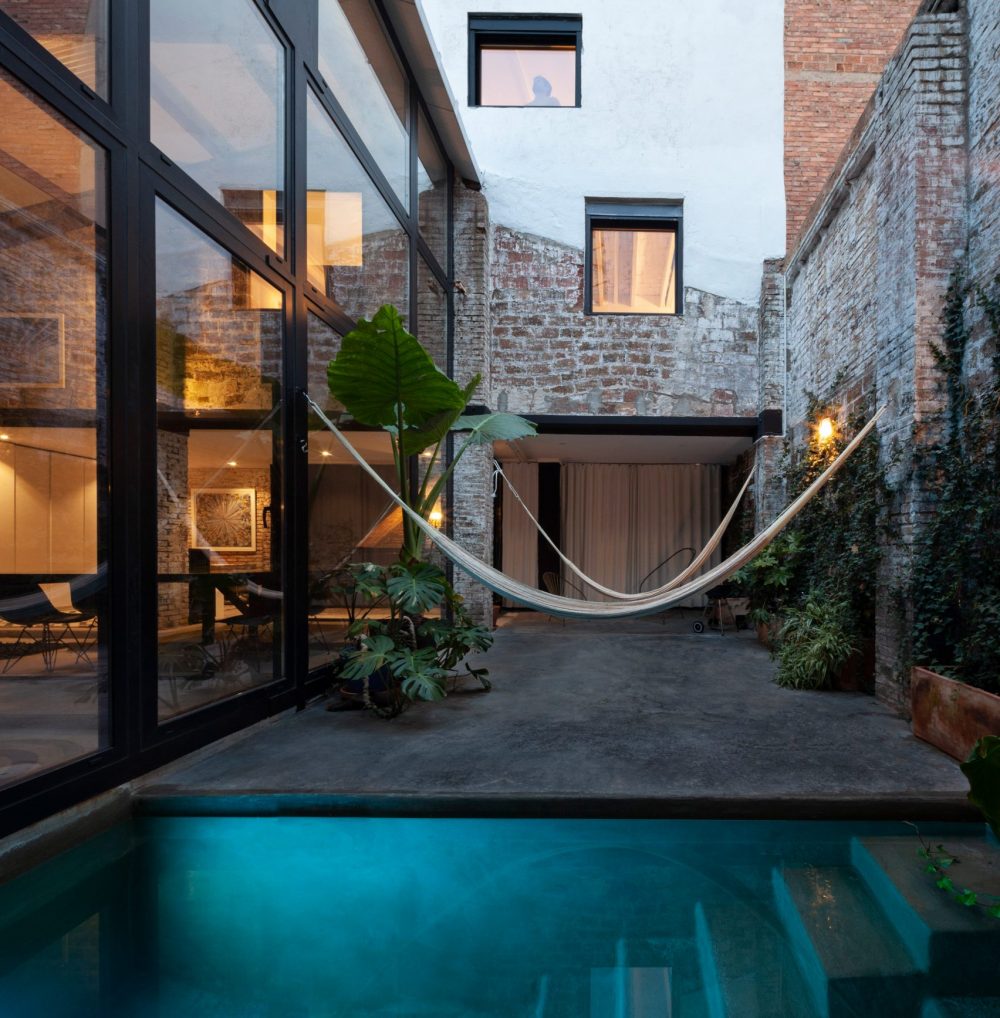 Thoroughly contemporary on the inside, The Theatre House from Cadaval & Solà-Morales aims to capitalise on the constructive values of the old theatre, whilst exposing its tectonic essences and exploit the amplitude that gives a lofty height to its large diaphanous central living space. The architects have managed to keep the building’s time-worn brick walls and timber ceiling beams and they have transformed the front half of the ground floor into two individual work studios for its current occupants. 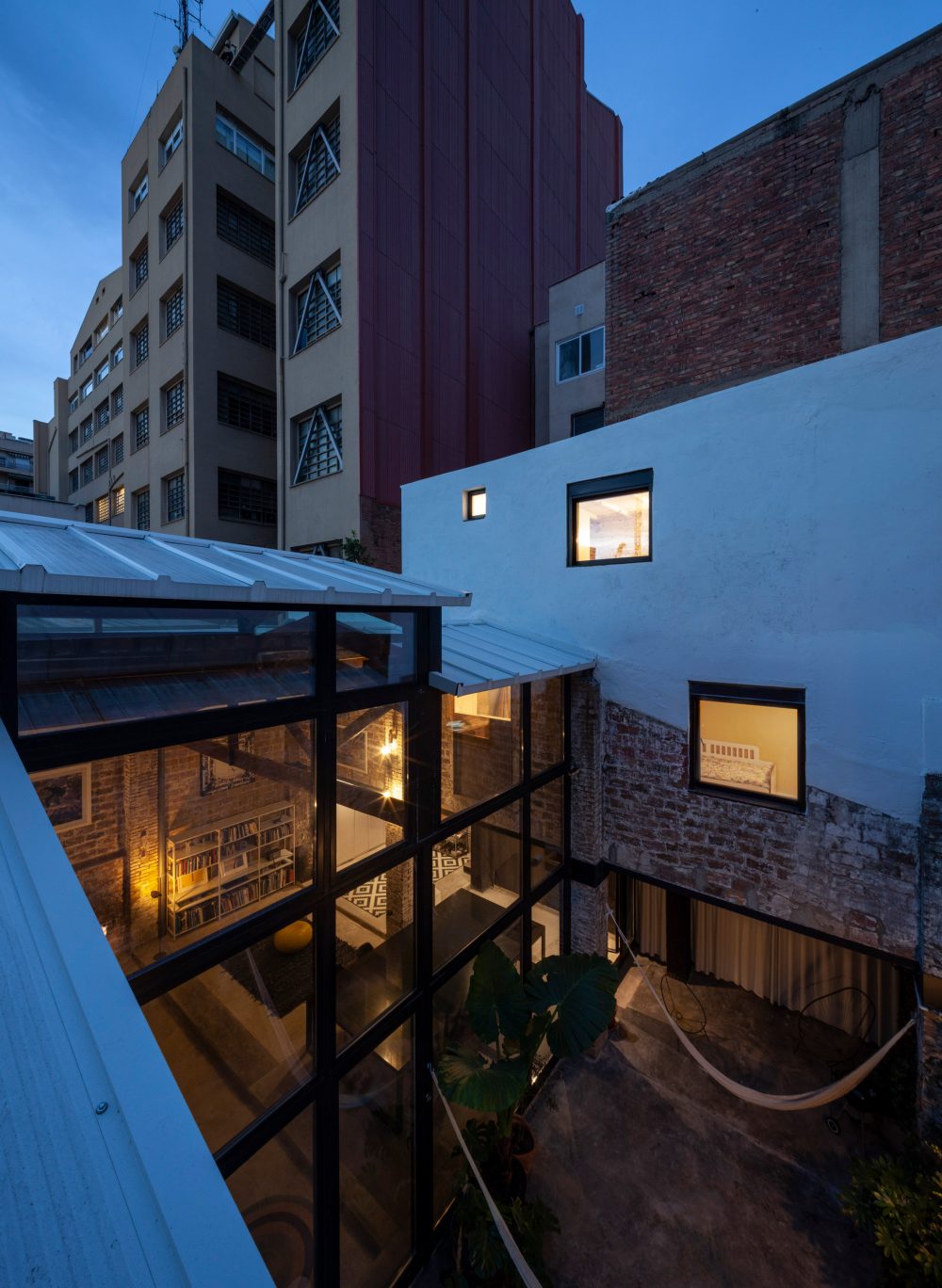 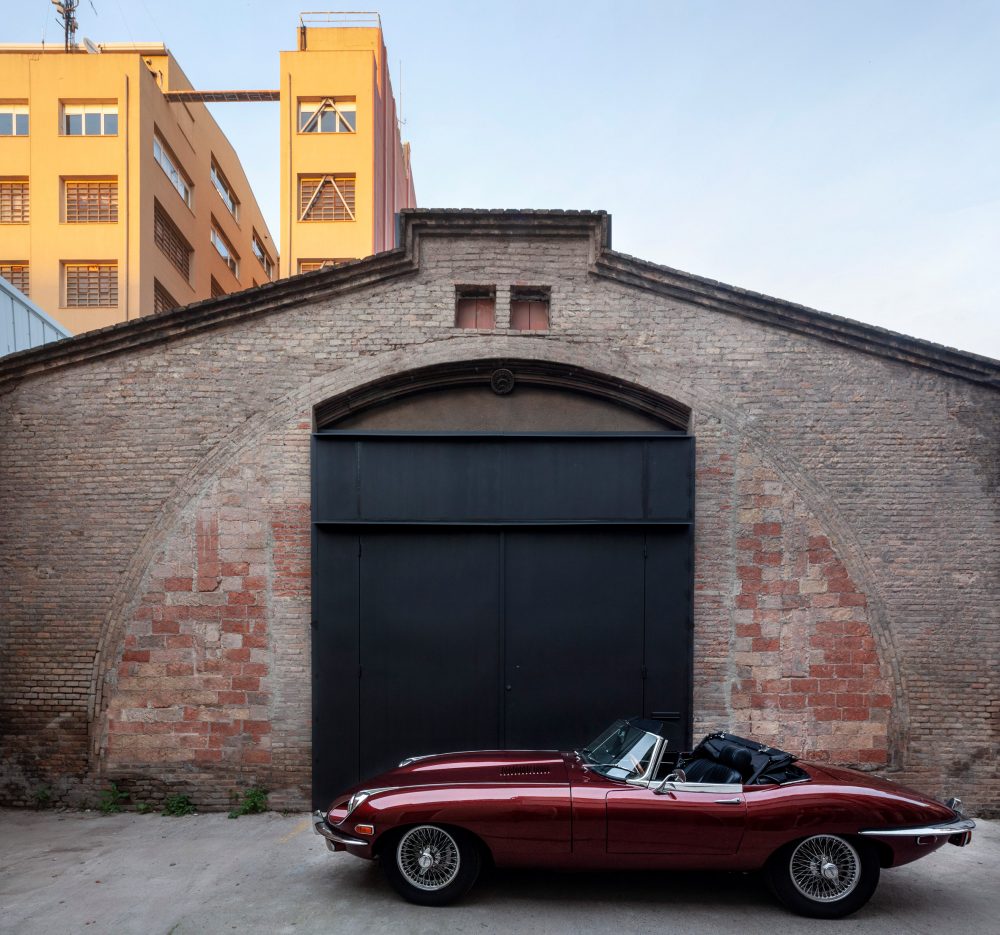 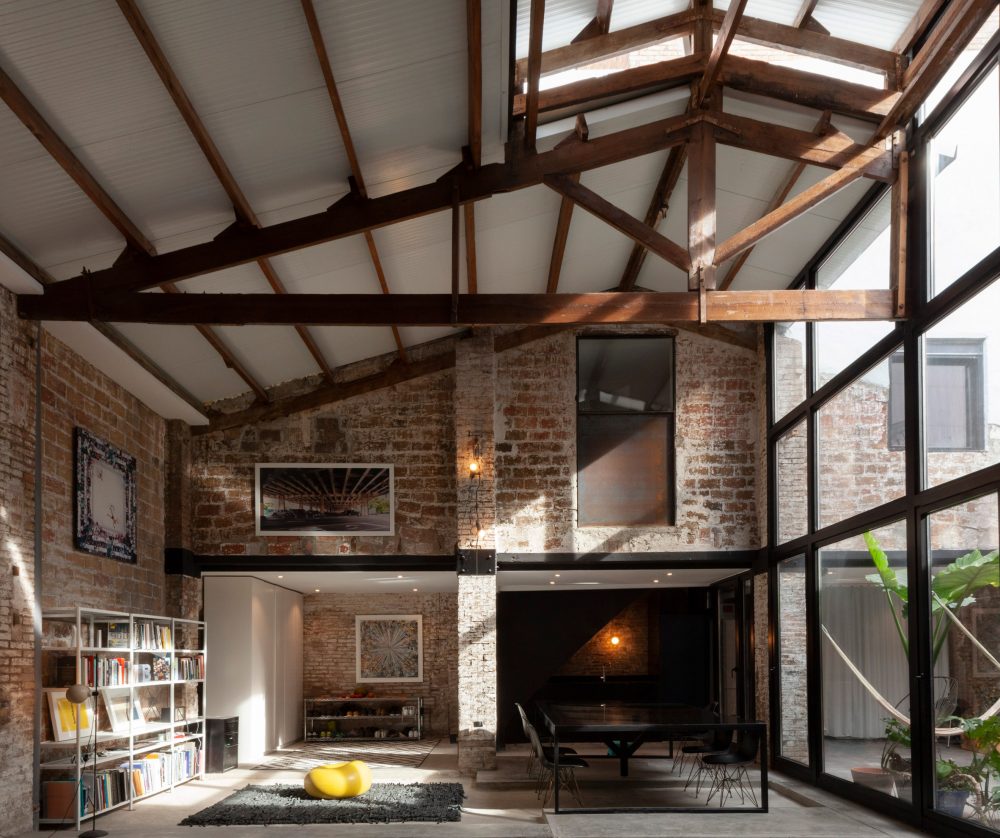 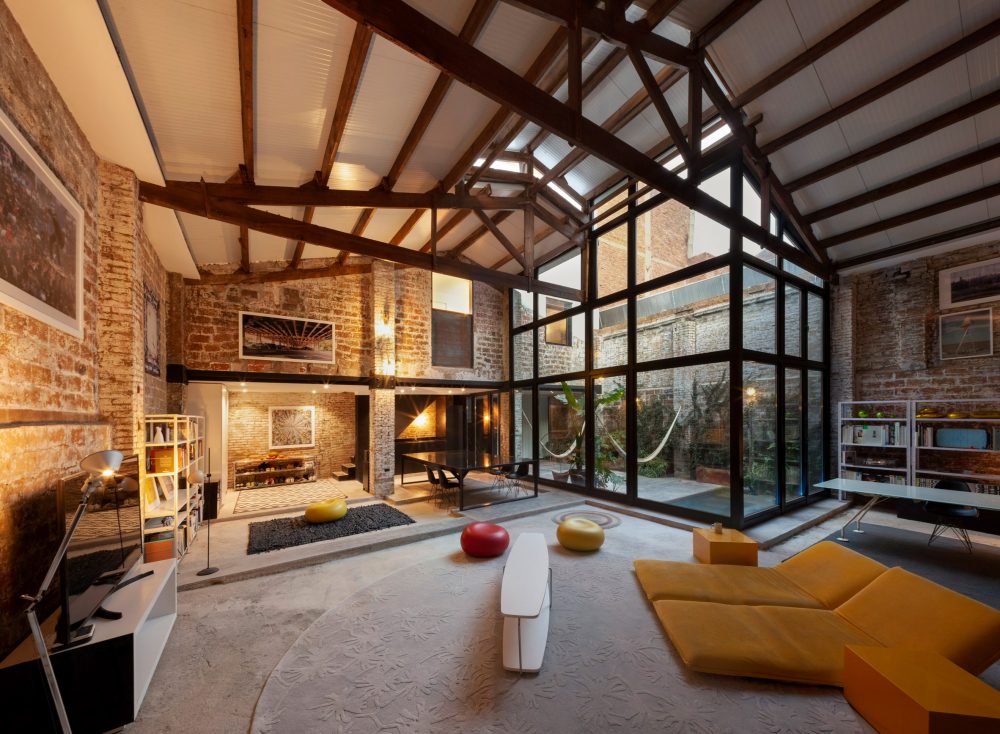 The Theatre House has a central indoor parking space where the homeowners can openly display their classic car like a statue, so it’s a good thing they’ve got such an aesthetically impressive vehicle. The property boasts a vast, open-plan living area, which has been filled with an array of objects and furnishings to make it feel more lived in and welcoming. These include book-filled shelving units, primary-coloured seating poufs, an oversized orange daybed, and an array of contemporary prints dotted across the walls. The kitchen cabinetry and the dining table have a stealthy aesthetic that plays into the understated feel of the property with a simple matte-black finish that we’re loving here at Coolector HQ.

Black is certainly the dominant colour in The Theatre House and though this might not work with every style of home, it delivers exactly the right sort of aesthetic for this reimagining of an older structure. One of the living spaces has black-framed windows and glazed swing doors, which look through to an outdoor patio where the owners can relax and unwind away from the hustle and bustle of central Barcelona. 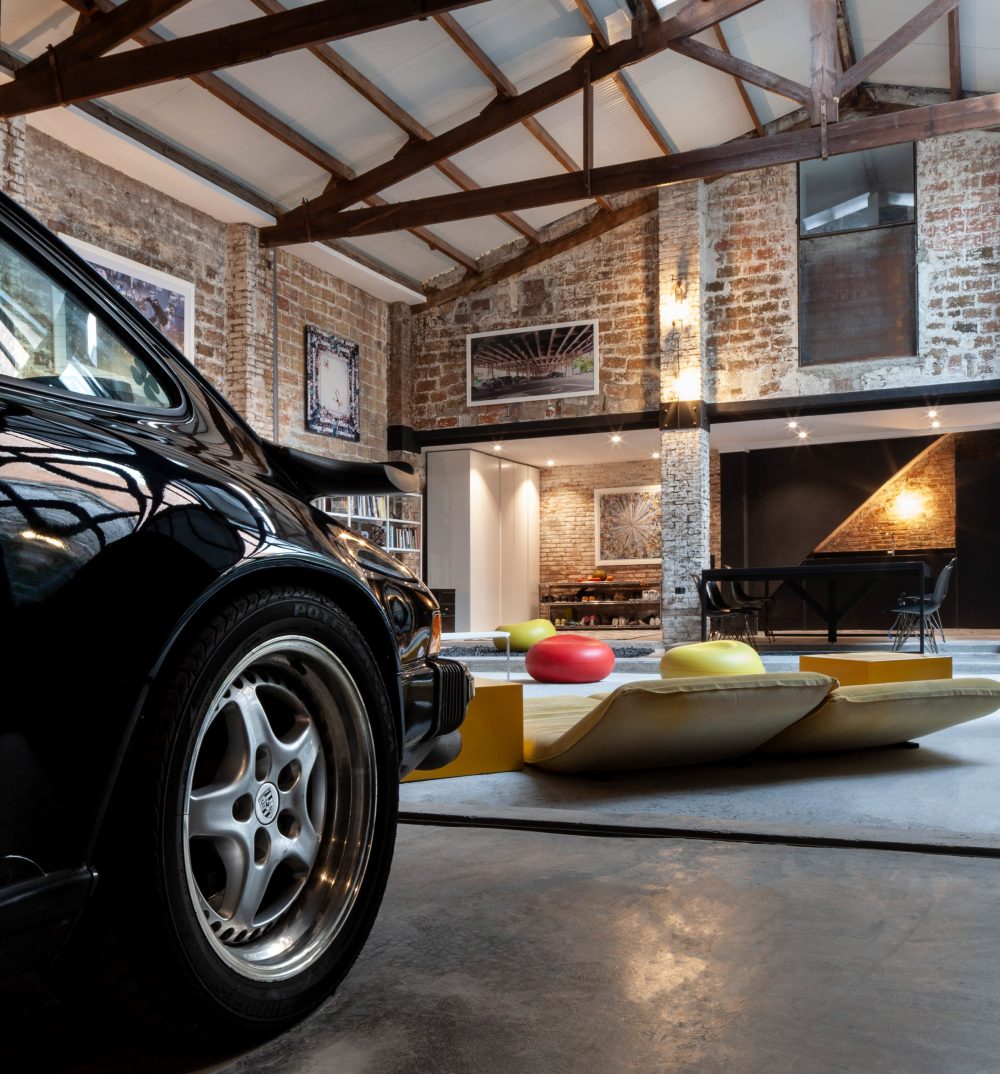 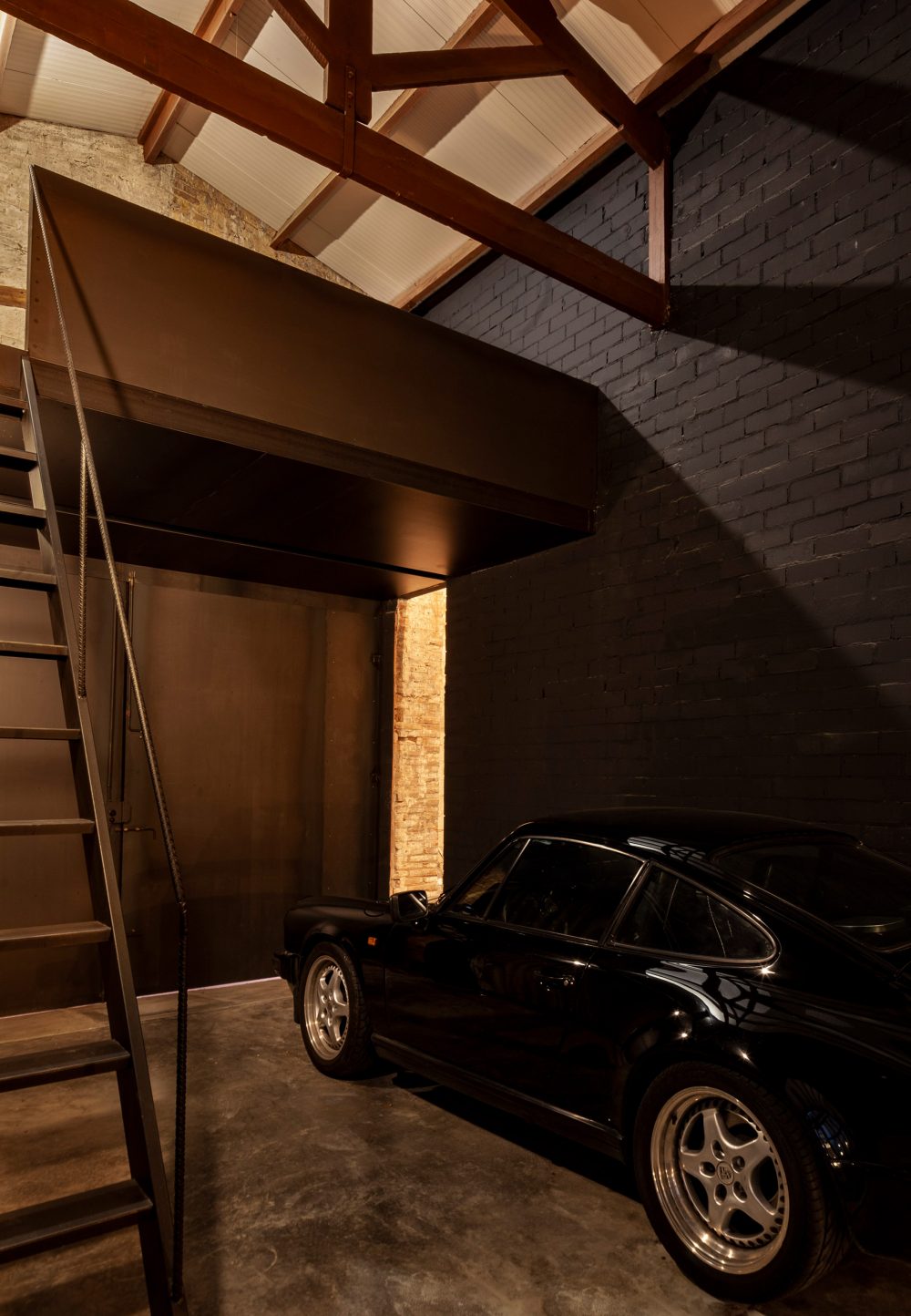 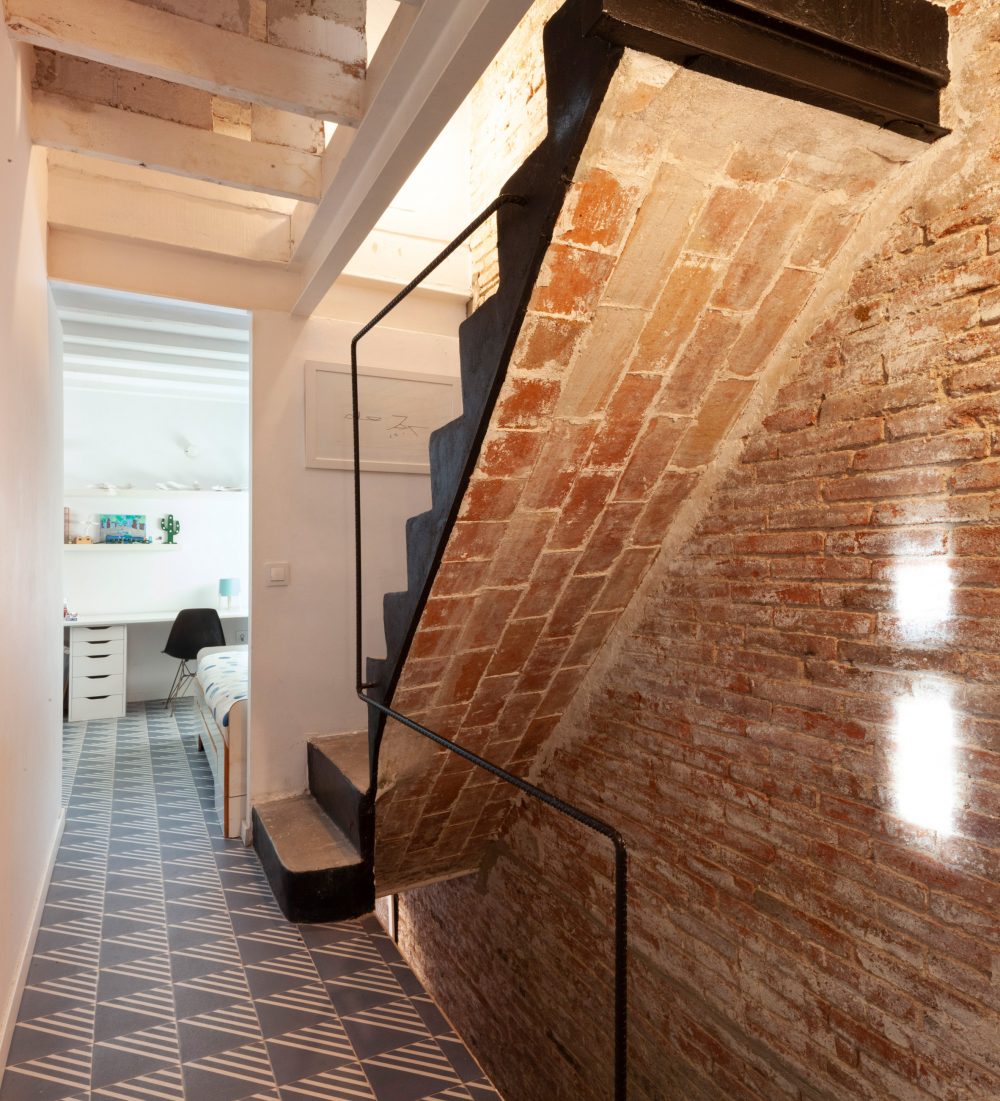 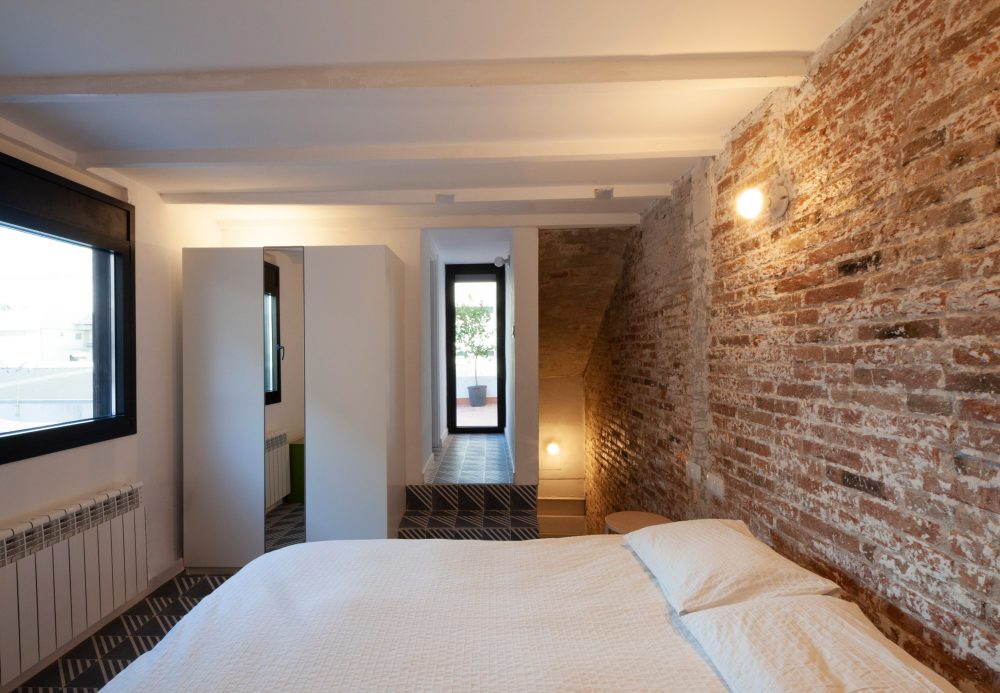 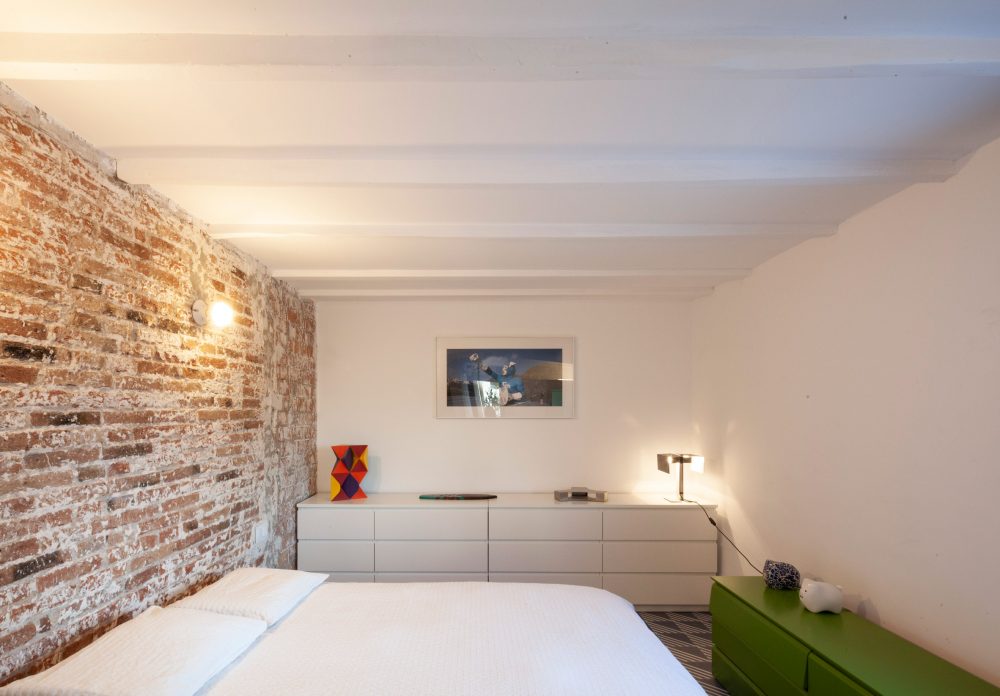 The tall wooden barn doors that originally stood in the property have been repurposed and used as the front to the two work studios within The Theatre House. Contemporary design expertly joins classic architecture with this fabulous looking residential property from Spanish architects, Cadaval & Solà-Morales, who have done a wonderful job of bringing an old building well and truly into the 21st century with their brilliant imagining of the space.

Written By
Leo Davie
More from Leo Davie
It’s a long held desire of The Coolector to create our very...
Read More