We applaud those brands out there who aim high with their endeavours and the Bandit 9 Dark Side Motorbike is a prime example of this in a contraption that the workshop describe as their moonshot and, having laid eyes on it, it looks like they’ve landed safely on the lunar surface.

The Bandit 9 Dark Side Motorbike is a mesmerising dark blend of finesse, sophisticated and unparalleled performance. It is a handmade motorcycle which is so painstakingly detailed in its creation that it puts stock motorcycles to shame. It’s also a machine for those with a love of limited edition wares because only nine of these magnificent steeds will be made and we certainly don’t expect them to stick around on the shelves for long.

Jaw dropping features and design endeavours abound with the Dark Side Motorbike from Bandit 9 and you’ll be left in awe of the stealthy aesthetic and entirely unparalleled performance it is capable of delivering. This stunning contraption is an air-slick motorcycle and a pitch-dark imagining of the future with an understated and uncompromising visual punch that sets it apart from other bikes on the market. Described by its creators as a road opera – a commingling of the dark, dramatic and beautiful. 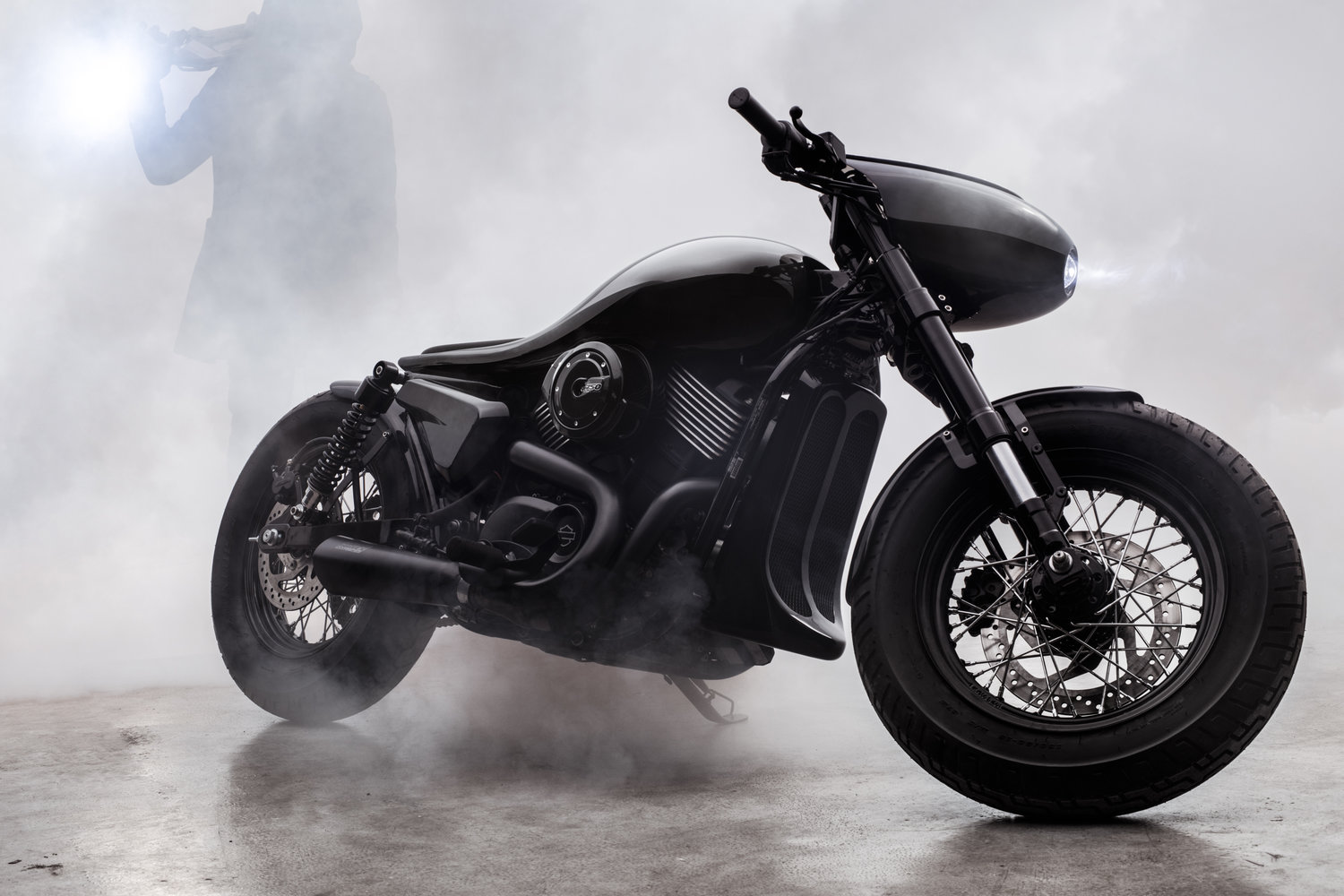 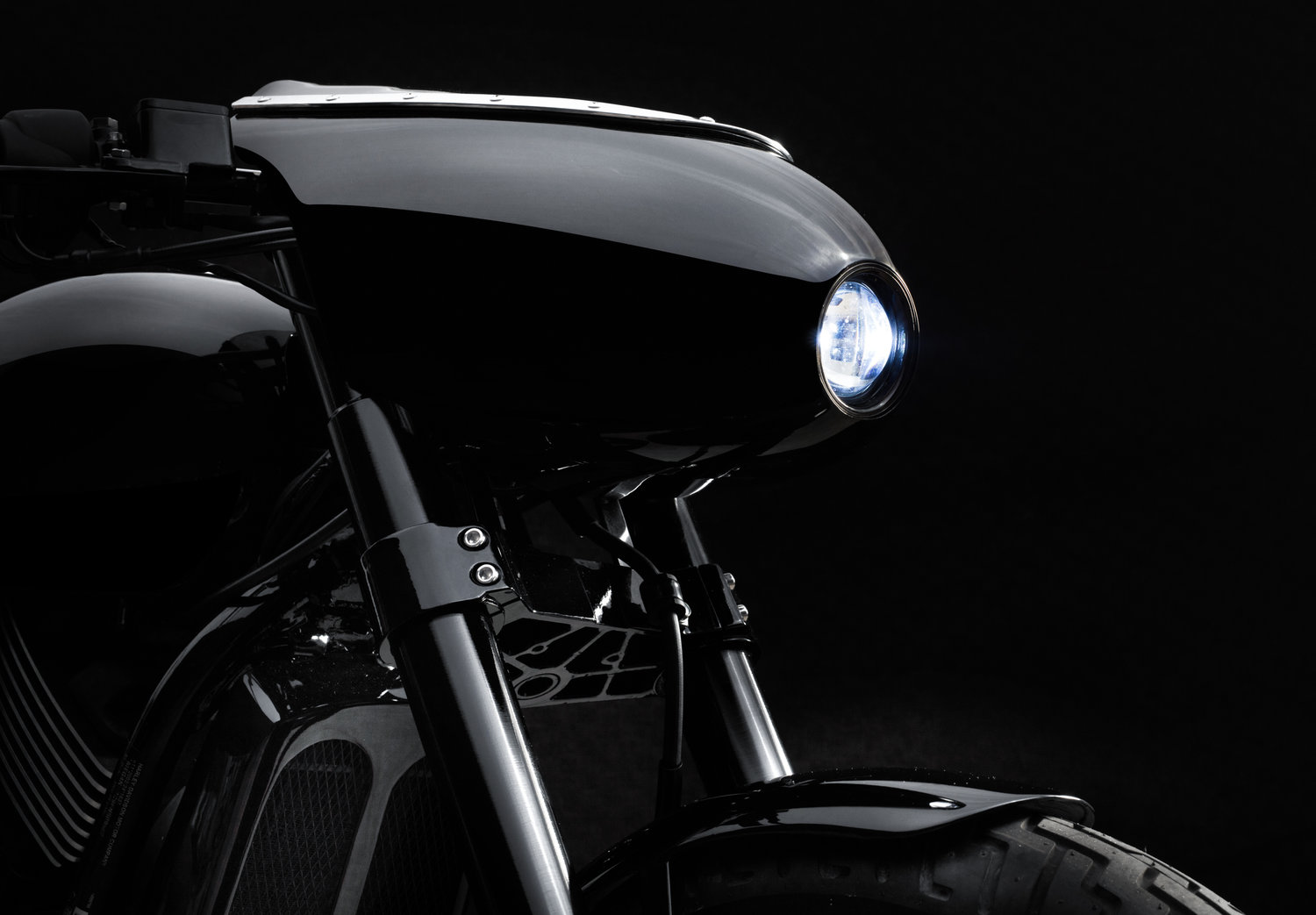 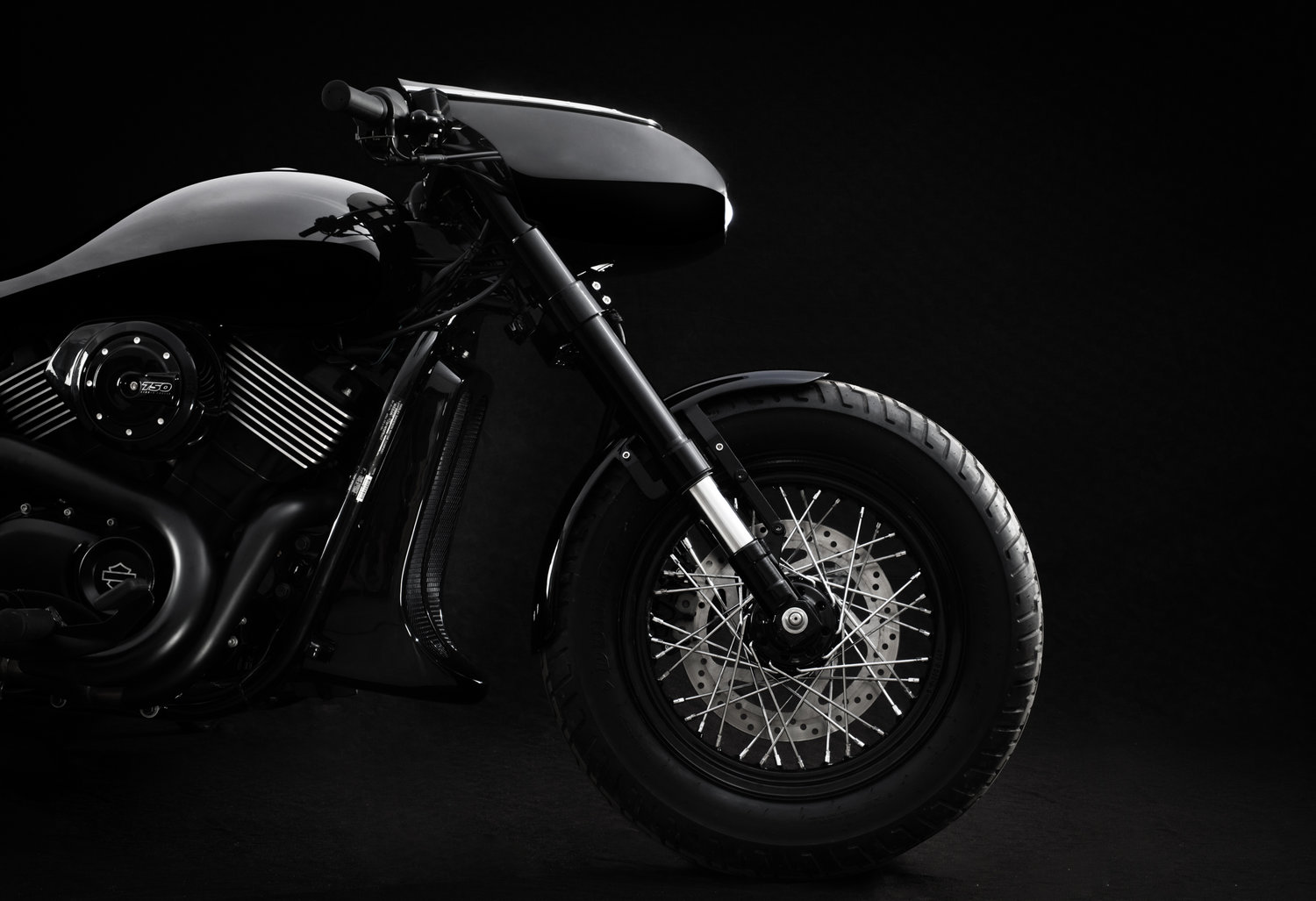 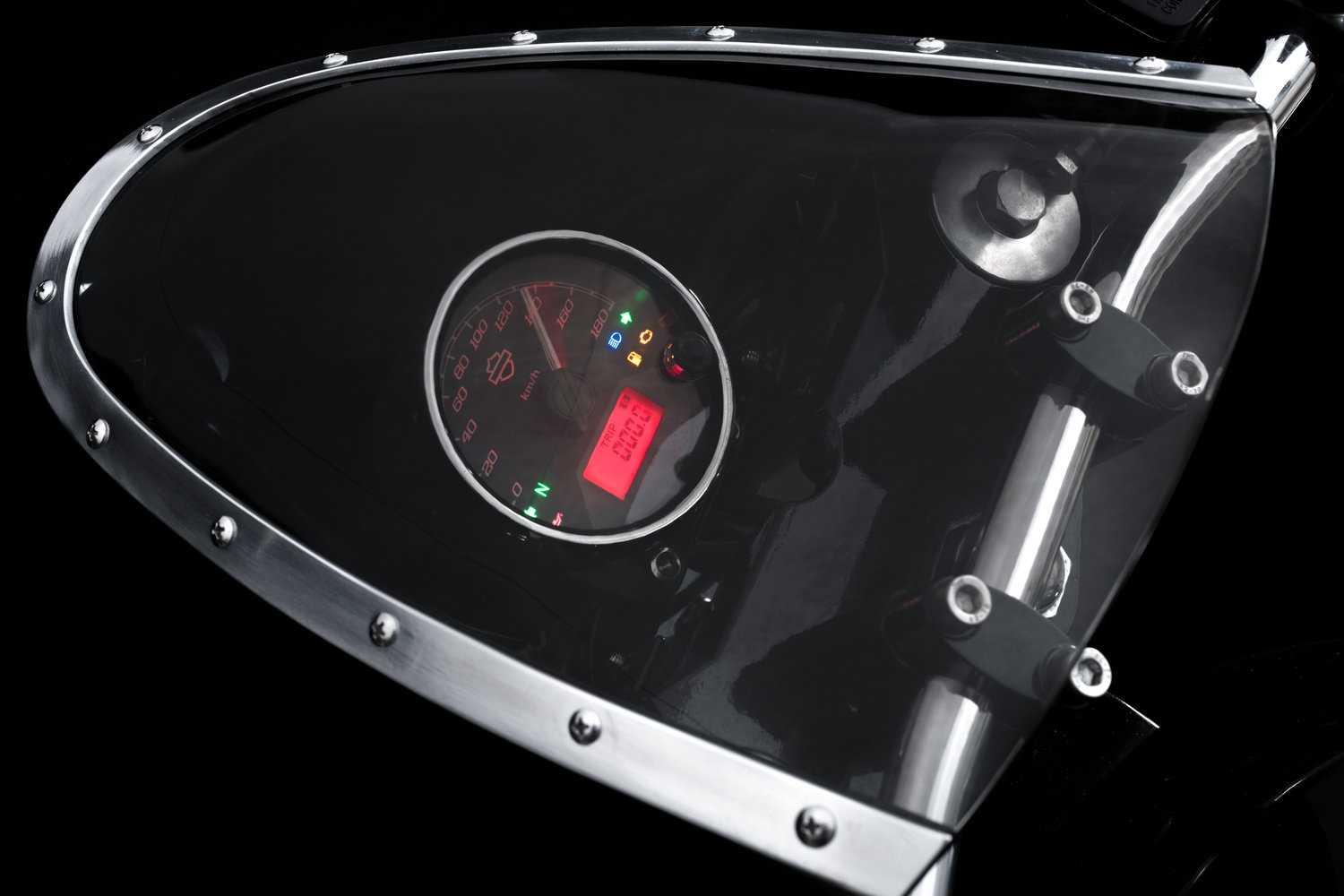 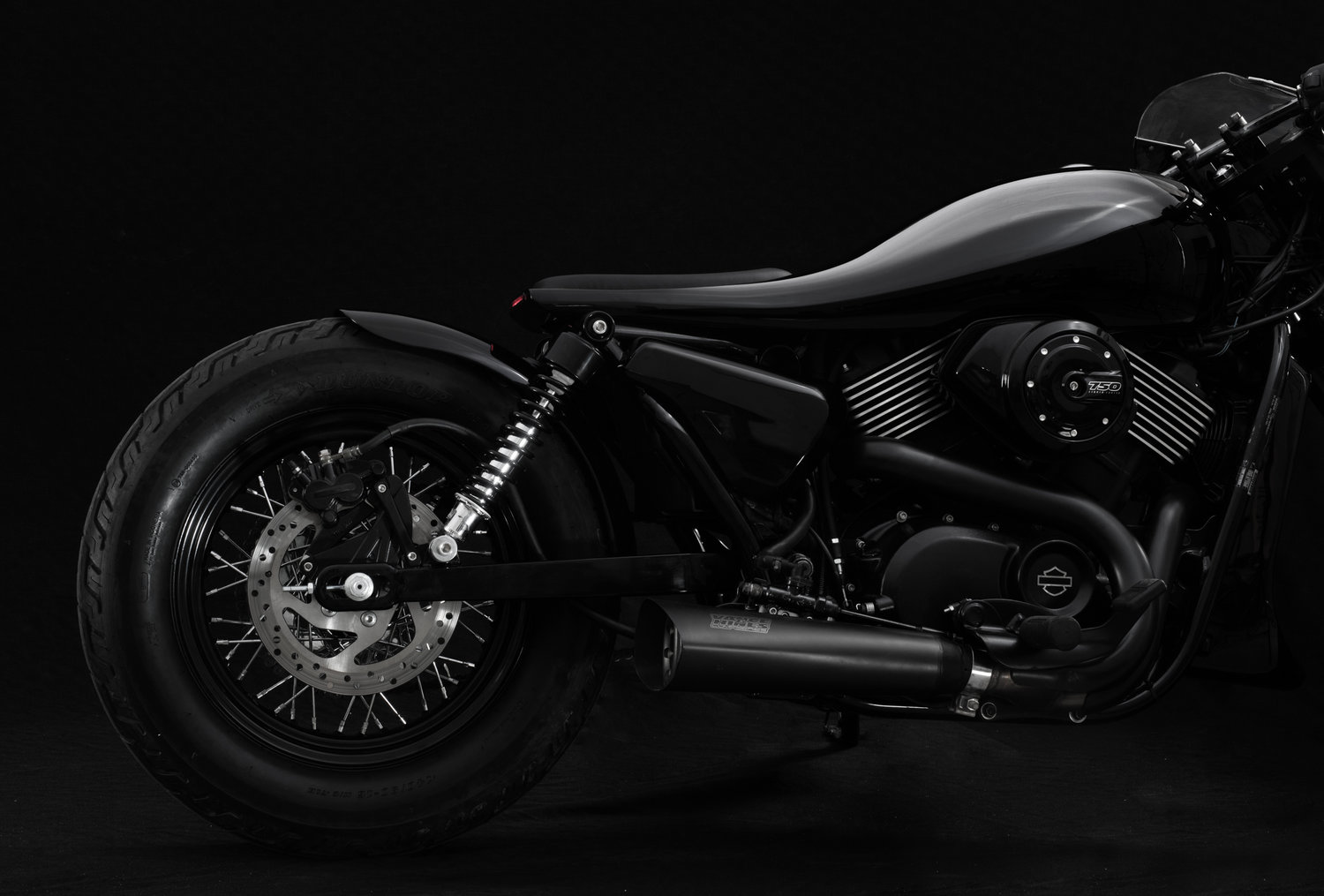 Whilst we know next to nothing about motorbikes here at Coolector HQ, we know a belter when we see it and the Dark Side Motorbike from Bandit 9 is such a striking contraption and backs this up with a sensational performance out on the road. It takes its design inspiration more from aircraft than other motorbikes and the profile is an exaggeration of an airplane’s aerodynamics. Akin to a Boeing’s fuselage, the unibody joins together the fuel tank, cowl, seat, brake light into one smooth piece of spectacular design. 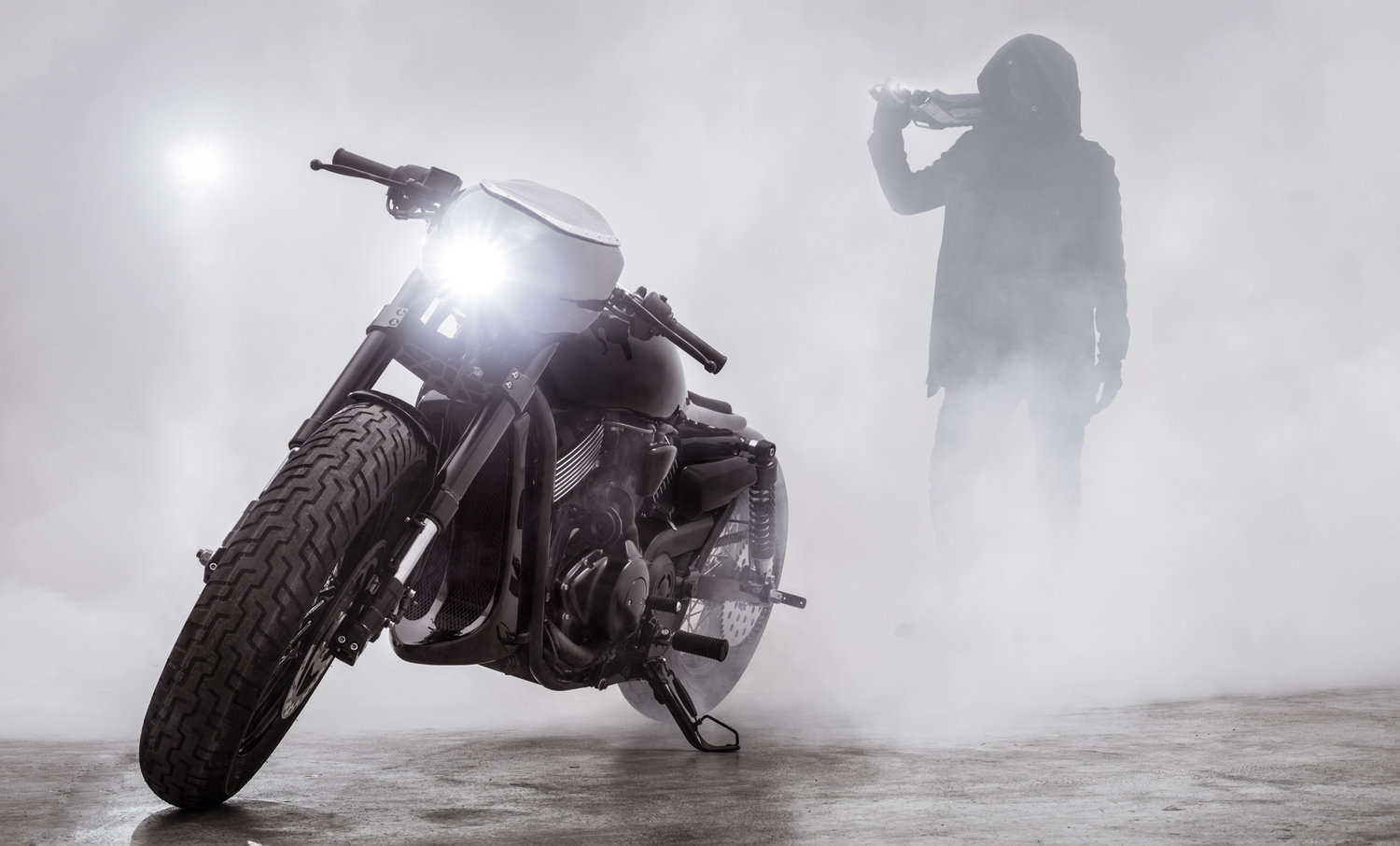 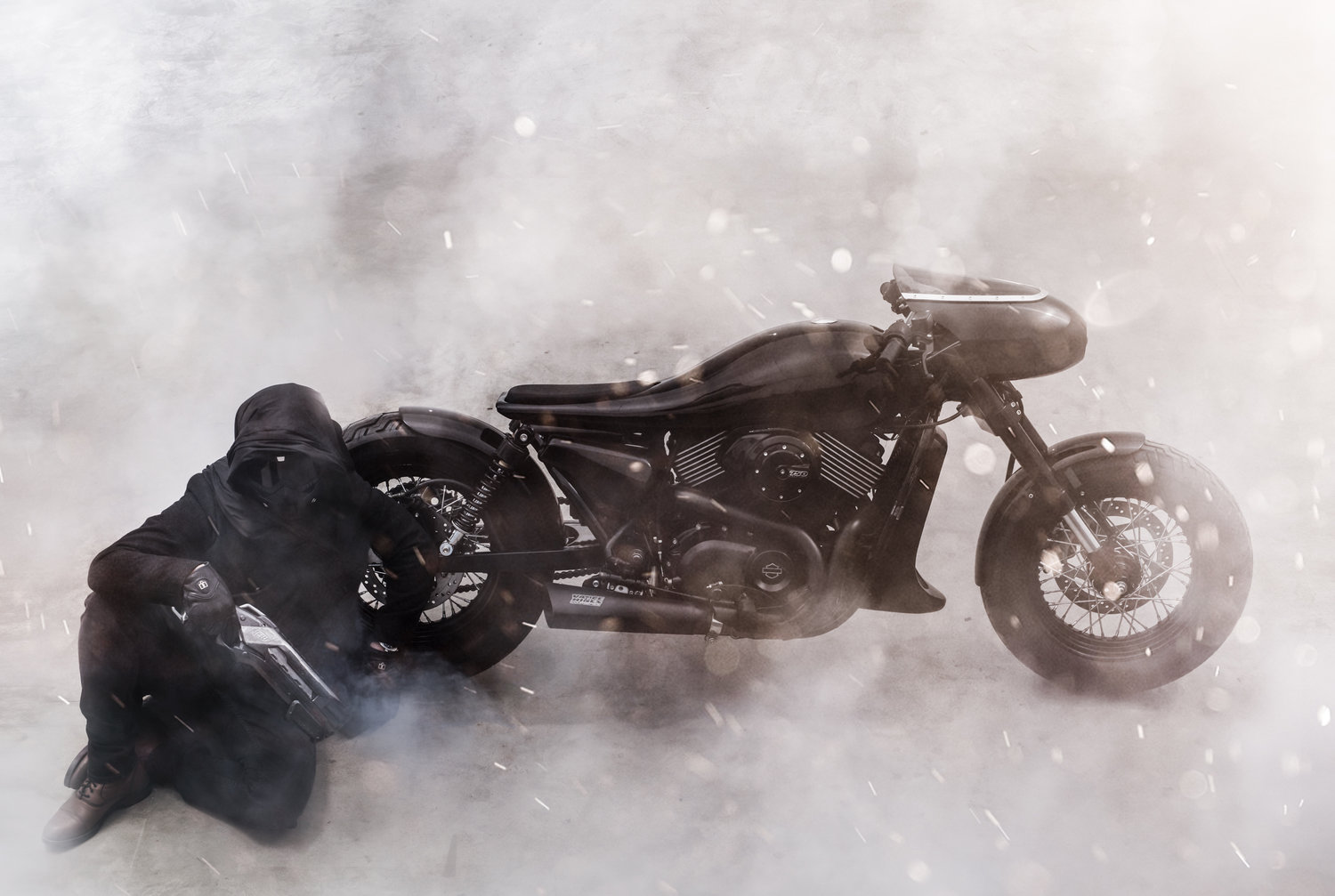 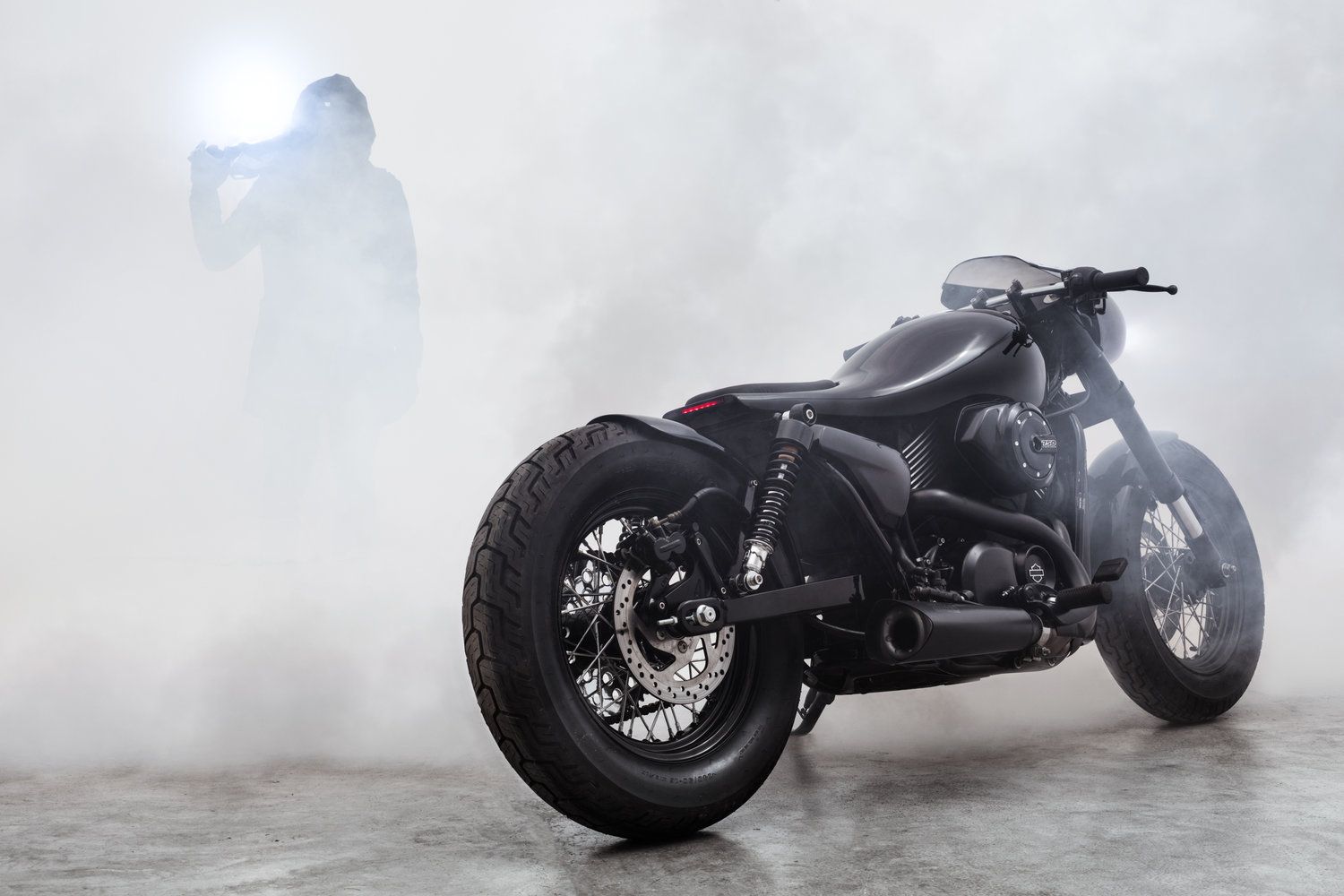 The components that make up this incredibly stealthy machine are beyond compare and include a 750cc liquid-cooled engine with a 60° V-twin. You may notice that the construction of the Dark Side Motorbike from Bandit 9 is aesthetically similar to the Harley Davidson V-Rod and has a massive Porsche influence. The new RevX engine does a first class job of lowering the centre of gravity for much improved handling at lower speeds.

Let There Be Light

Lighting on the Dark Side Motorbike from Bandit 9 is another stand out feature to be made aware of and this stellar ride has a front mounted white LED lens which is some 150% brighter than a standard halogen lamp and will always ensure the road ahead is properly illuminated. This is joined by LED brake lights and turn signals which deliver a sleek and stylish aesthetic to the rear of the vehicle. 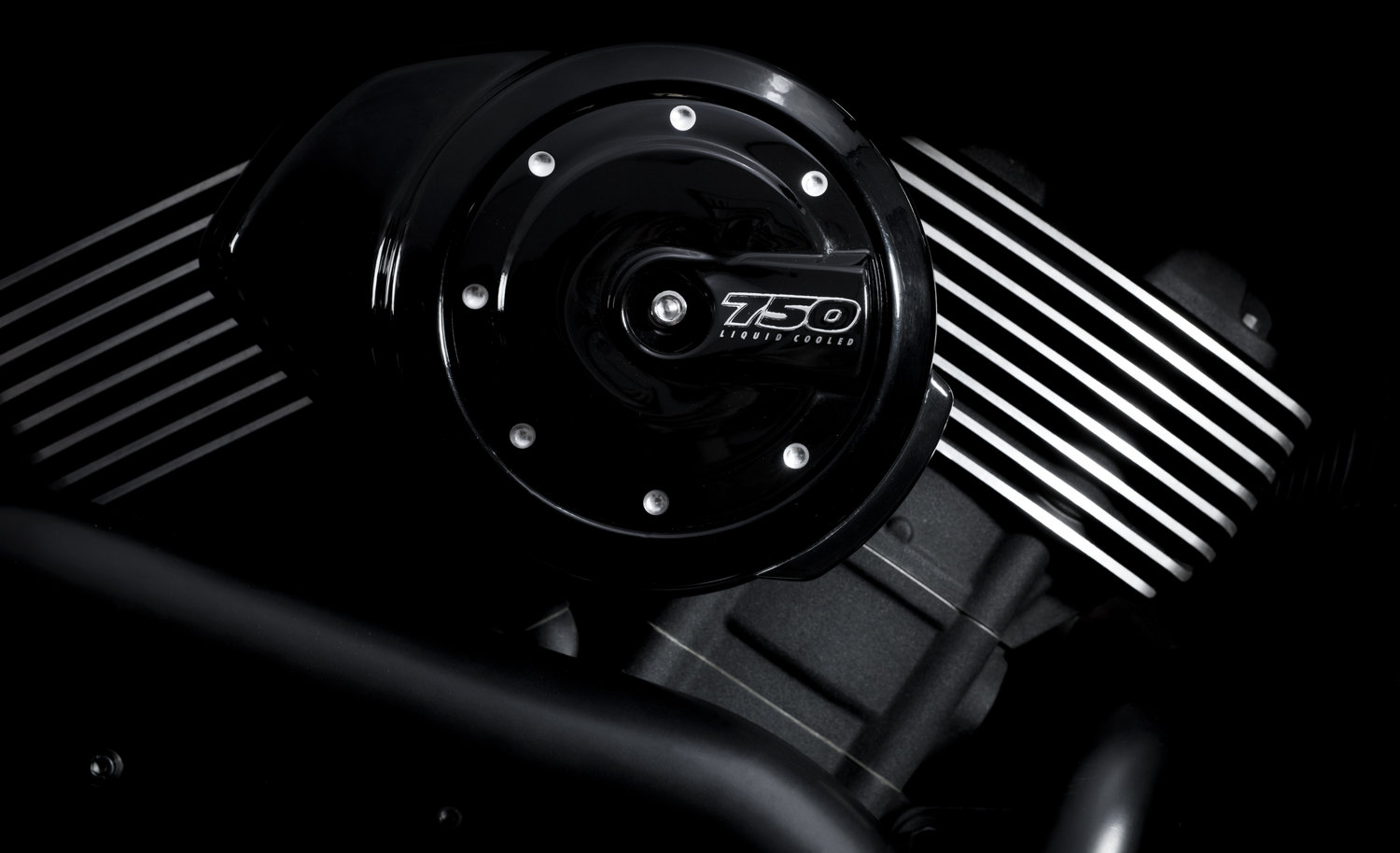 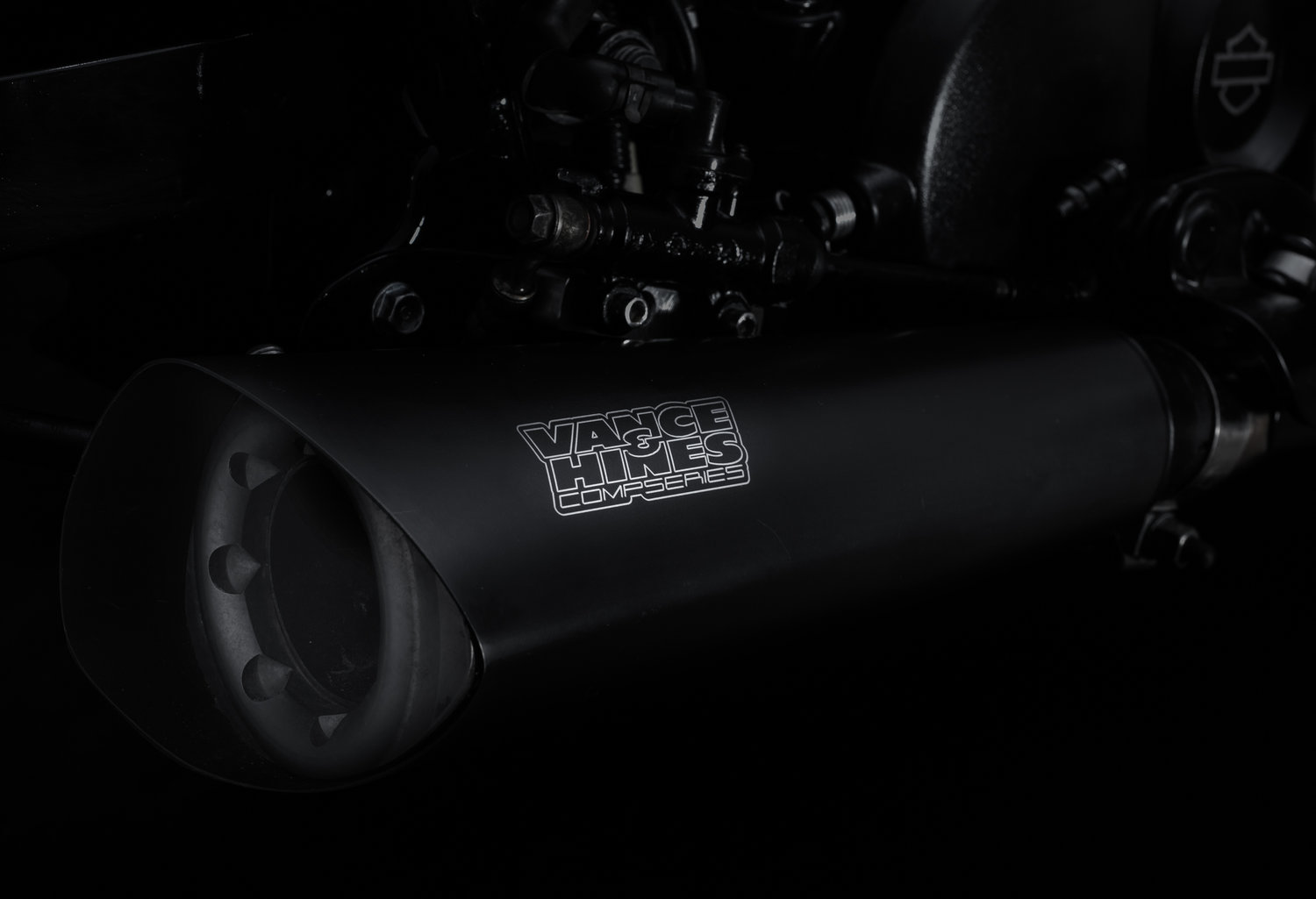 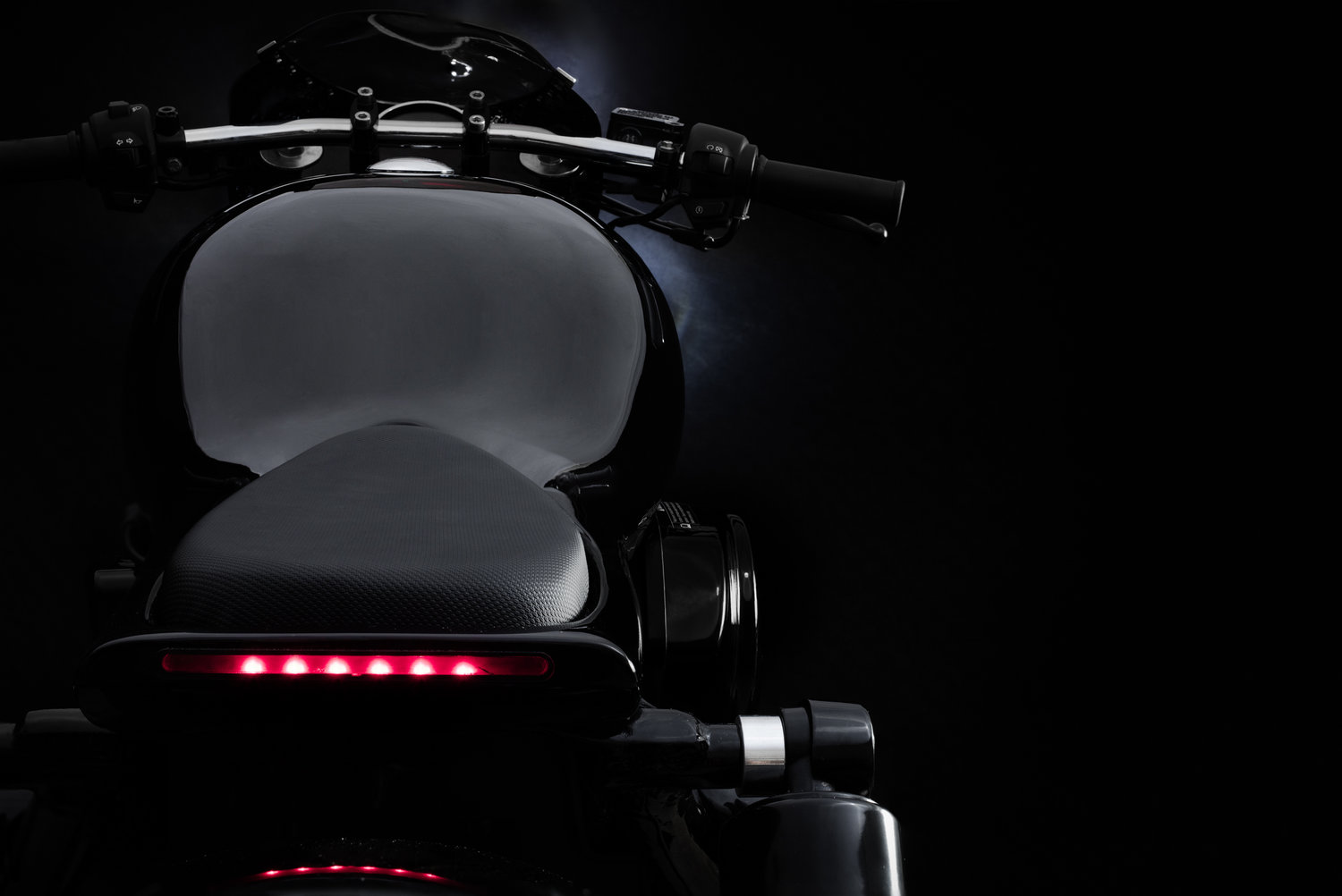 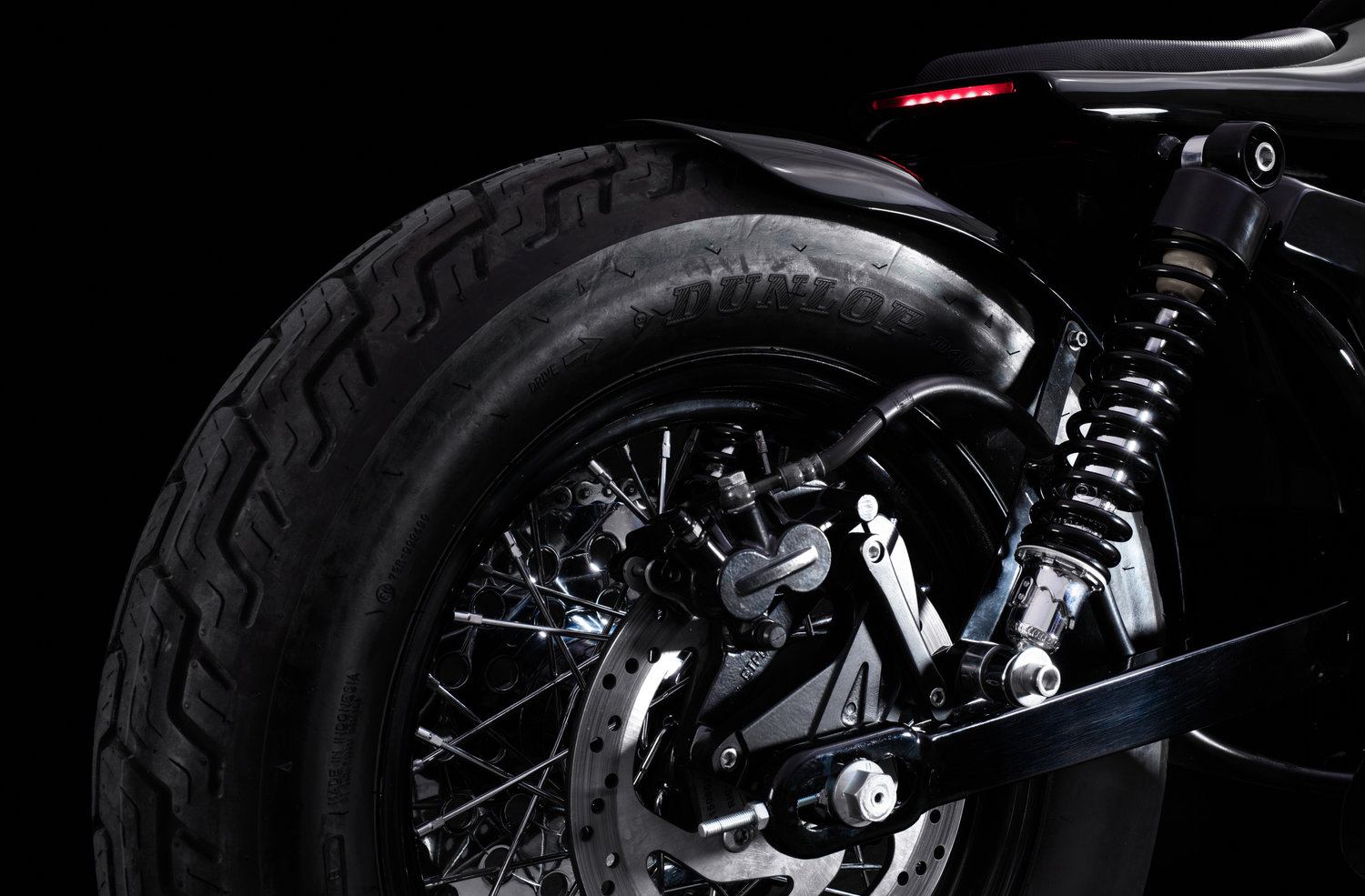 Exclusive, with just nine machines being made, and exceptionally well crafted from the finest materials on the market, you’ll definitely need to move quickly if you want to get one of these breathtaking machines from Bandit 9 in your garage and it’s certainly one of the coolest looking rides we’ve seen in a while here at Coolector HQ.