The world of 3D printing is one that looks set to be genuinely revolutionary in the years to come with designers coming up with new and exciting ways in which this highly impressive technology can be used, such as printing limbs and vehicles and this is, of course, a highly important venture. Then there’s the Beer Bottle Lock. Perhaps not as worthy as some of the creations stemming from the 3D printing revolution but certainly no less awesome.

The spiffing looking Beer Bottle Lock is the work of California based designer, Jonathan Odom, who has a background in architectural designer and film set design, neither of which will likely have played a part in his creation of this first rate device for anyone who has ever fallen foul of a beer thief. We’re somewhat beer obsessed here at Coolector HQ and whenever we stock our fridge with out of the ordinary craft beers, there is a constant fear that they might be pilfered but no longer courtesy of Odom’s excellent 3D printed creation.

Noticing that, whilst the shape of beer bottles differs dramatically, the size of the cap typically does not and this led Odom down the road of creating a lock that can be applied to beer bottles that will keep them out of the hands of nefarious beer looters. This is obviously not going to change the world but for those who want to make sure they can go to bed at night knowing that their beer will still be there when they wake up, it’s a godsend. Check out a few more shots below: 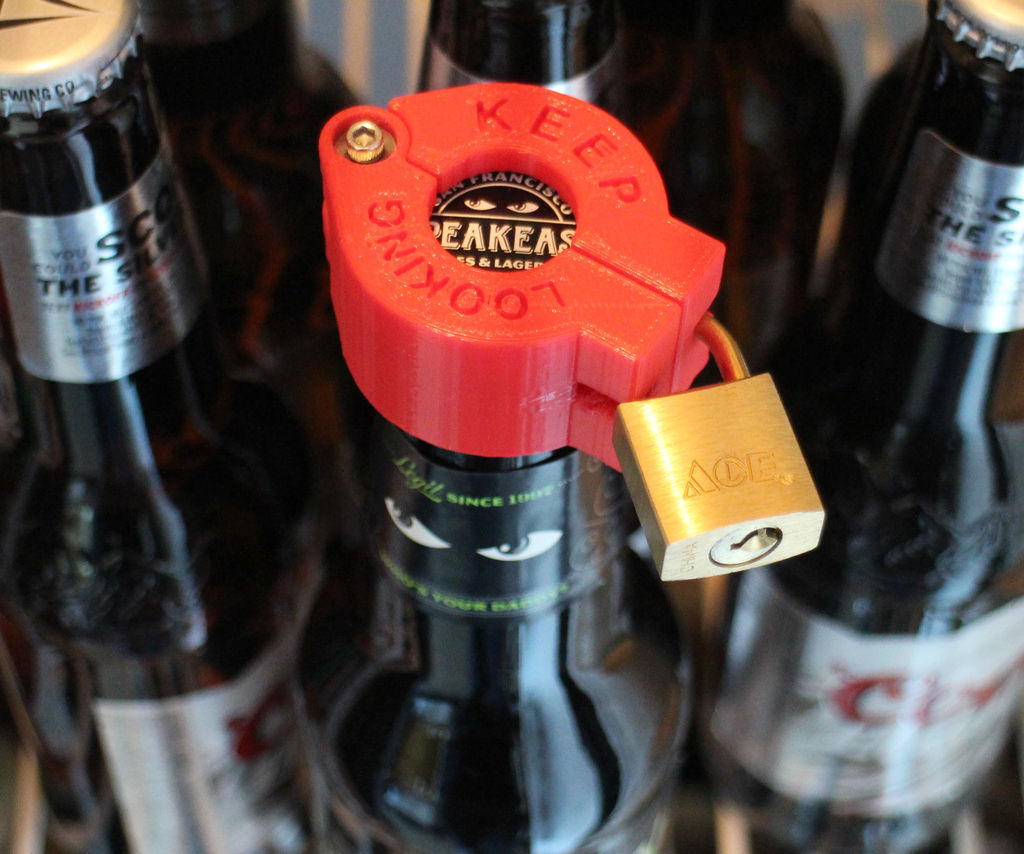 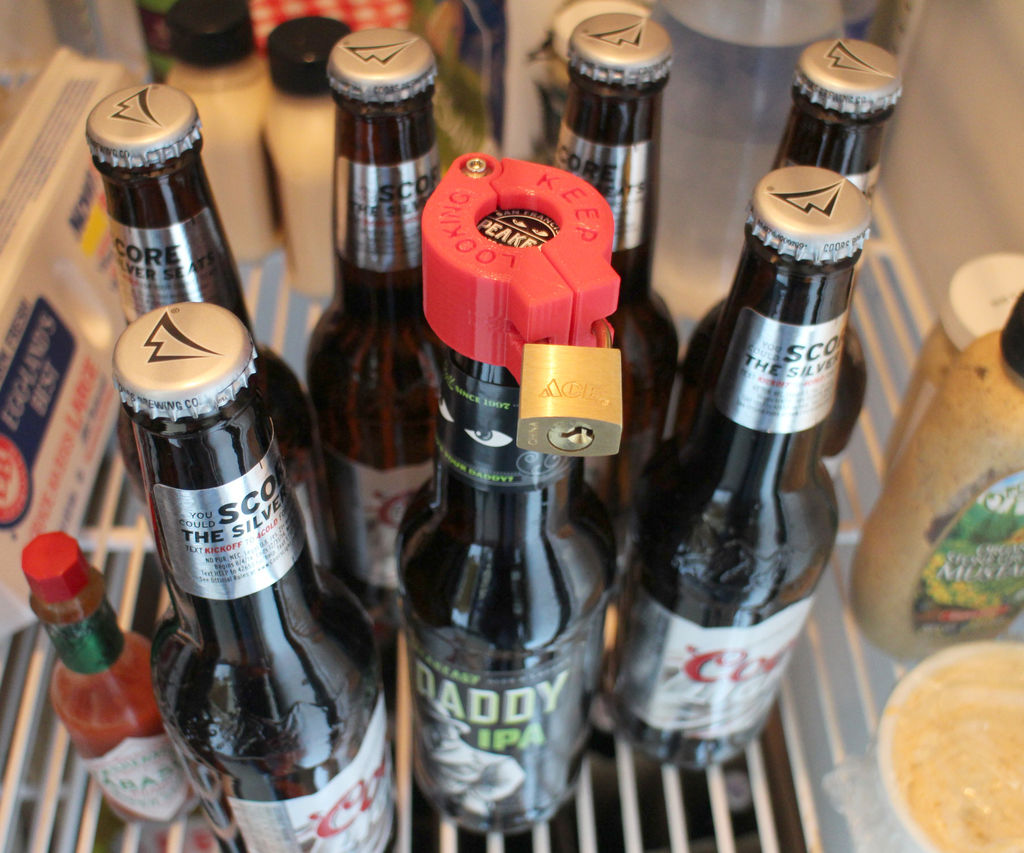 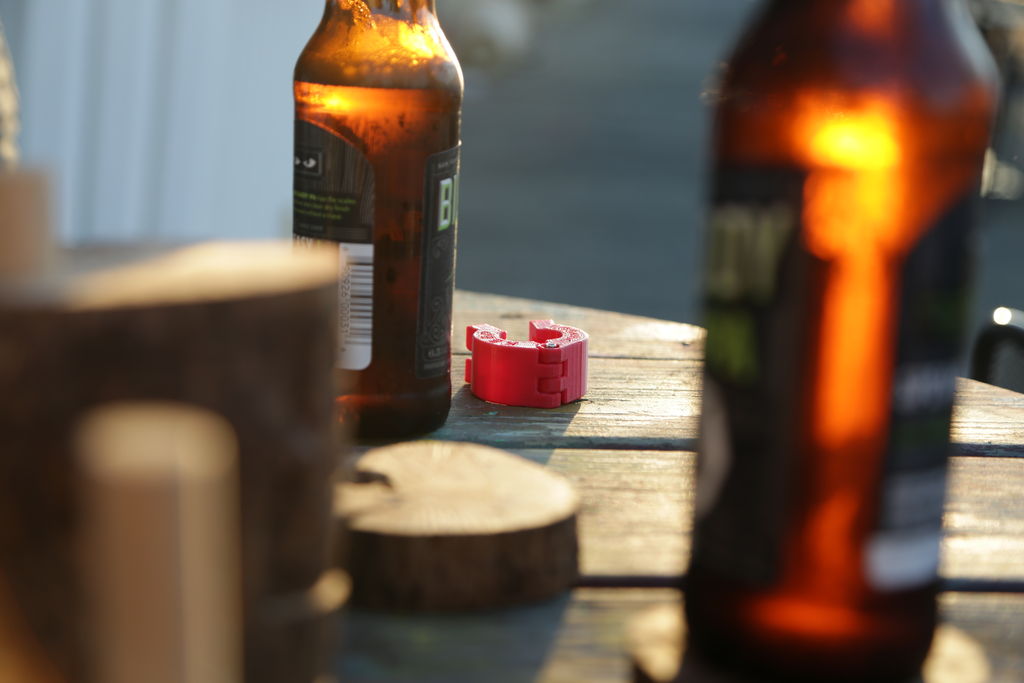 As if to add salt to the wounds, this top notch example of 3D printing also boasts the line “Keep Looking” etched on the top so as to reinforce the fact the beer they’re sniffing around is not up for grabs. We’re big fans of great little products like this here at Coolector HQ and we’re always happy to see 3D printing being utilised in a number of different ways. We’ll take 50.